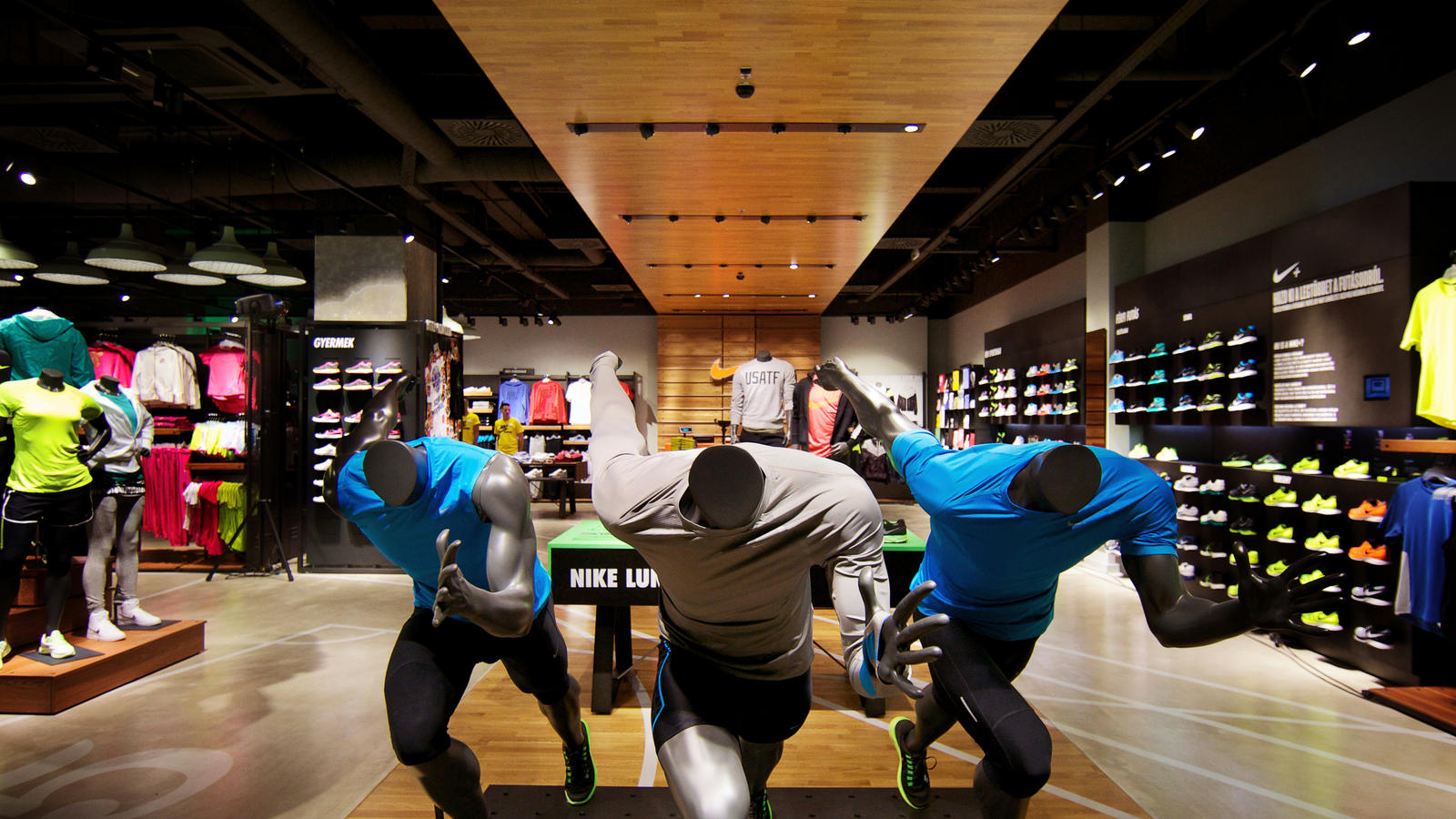 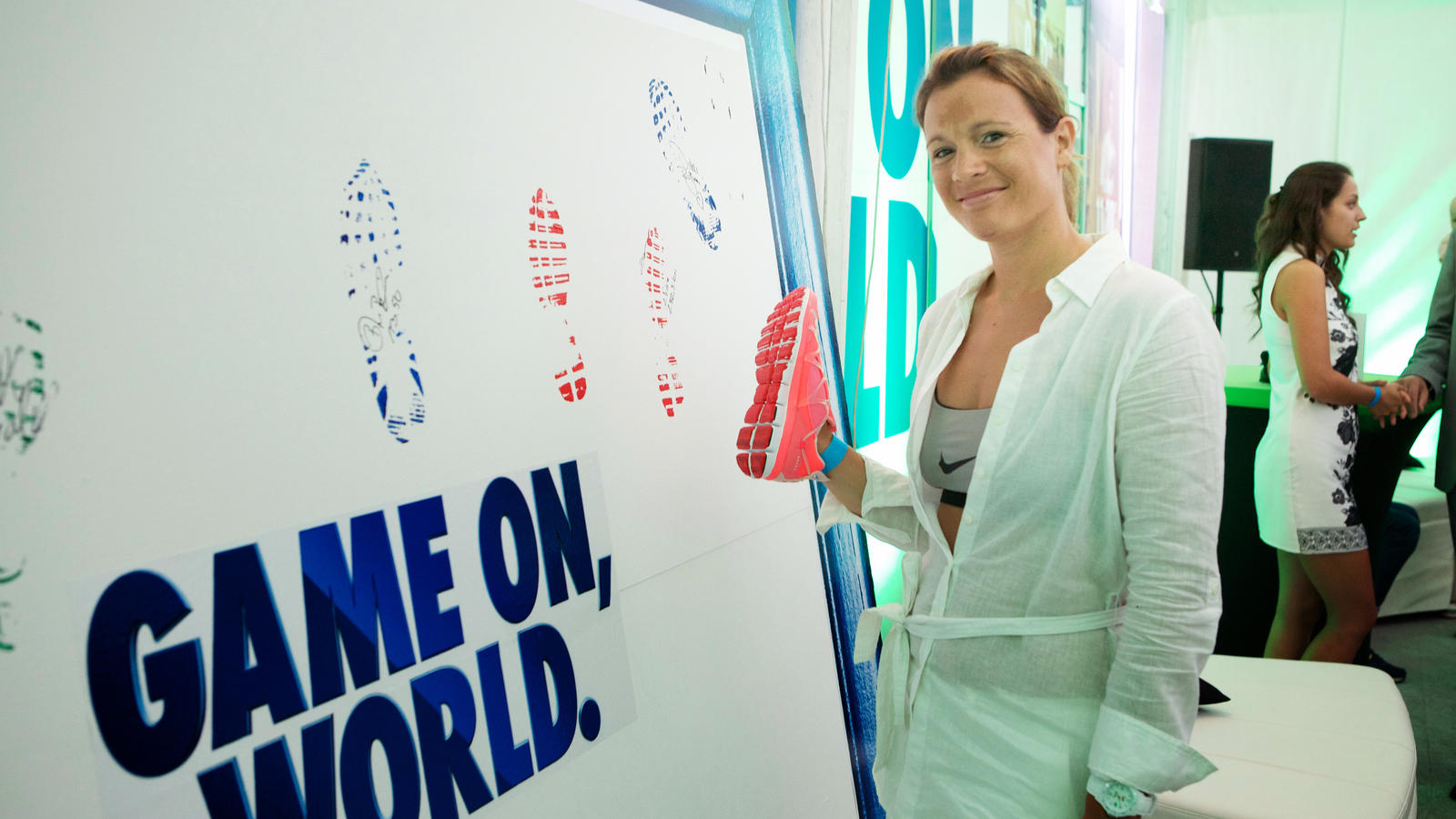 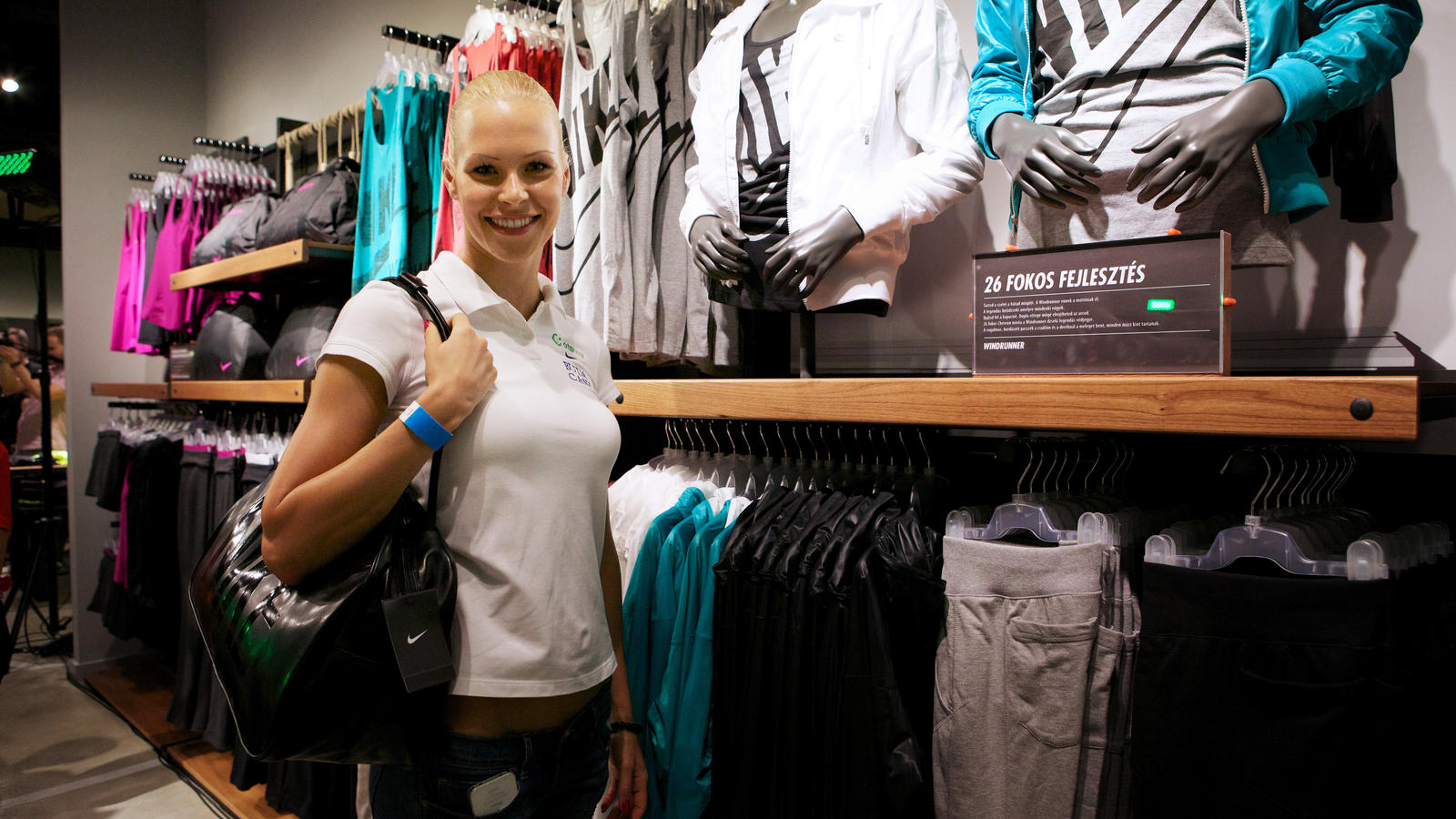 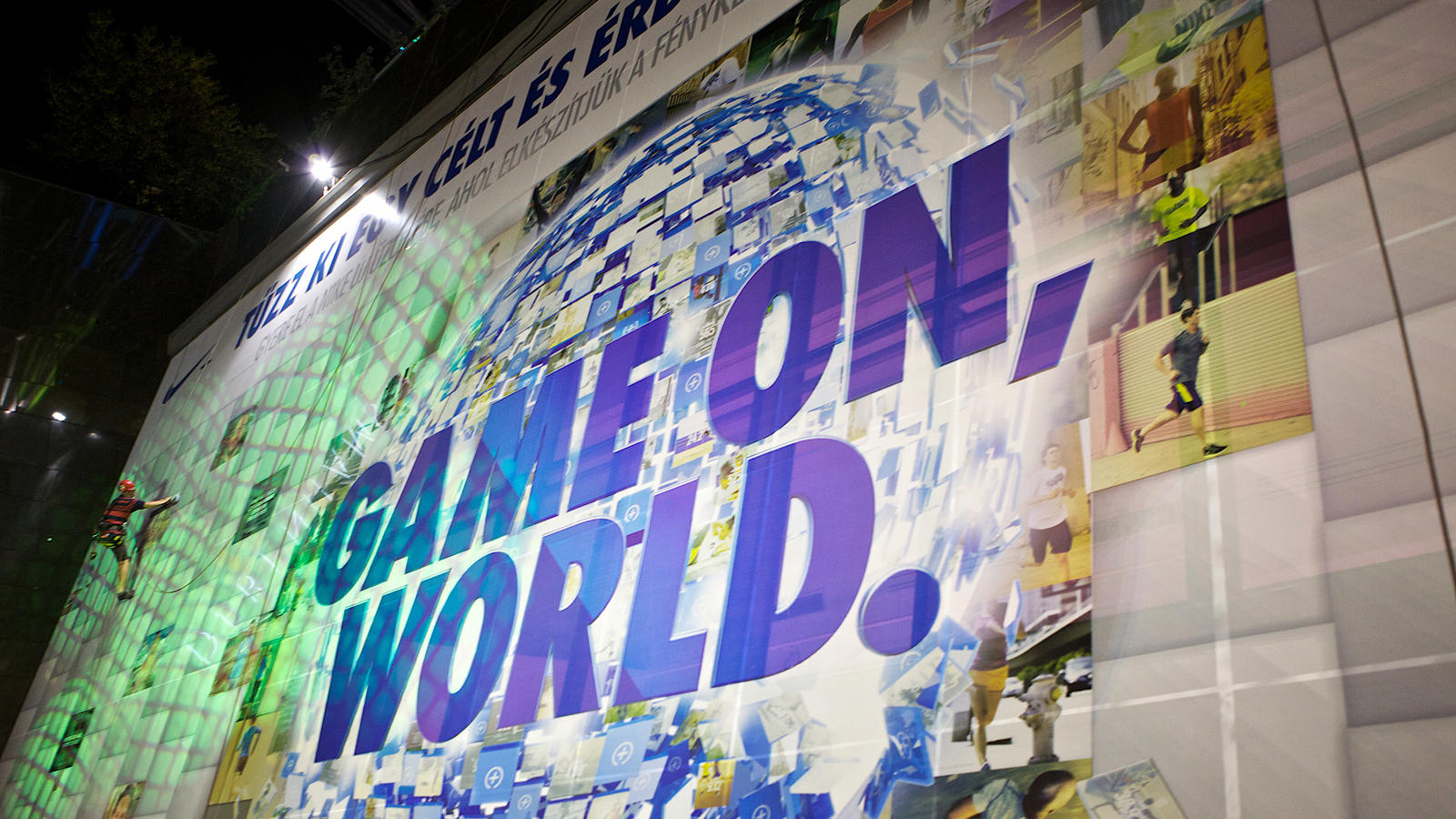 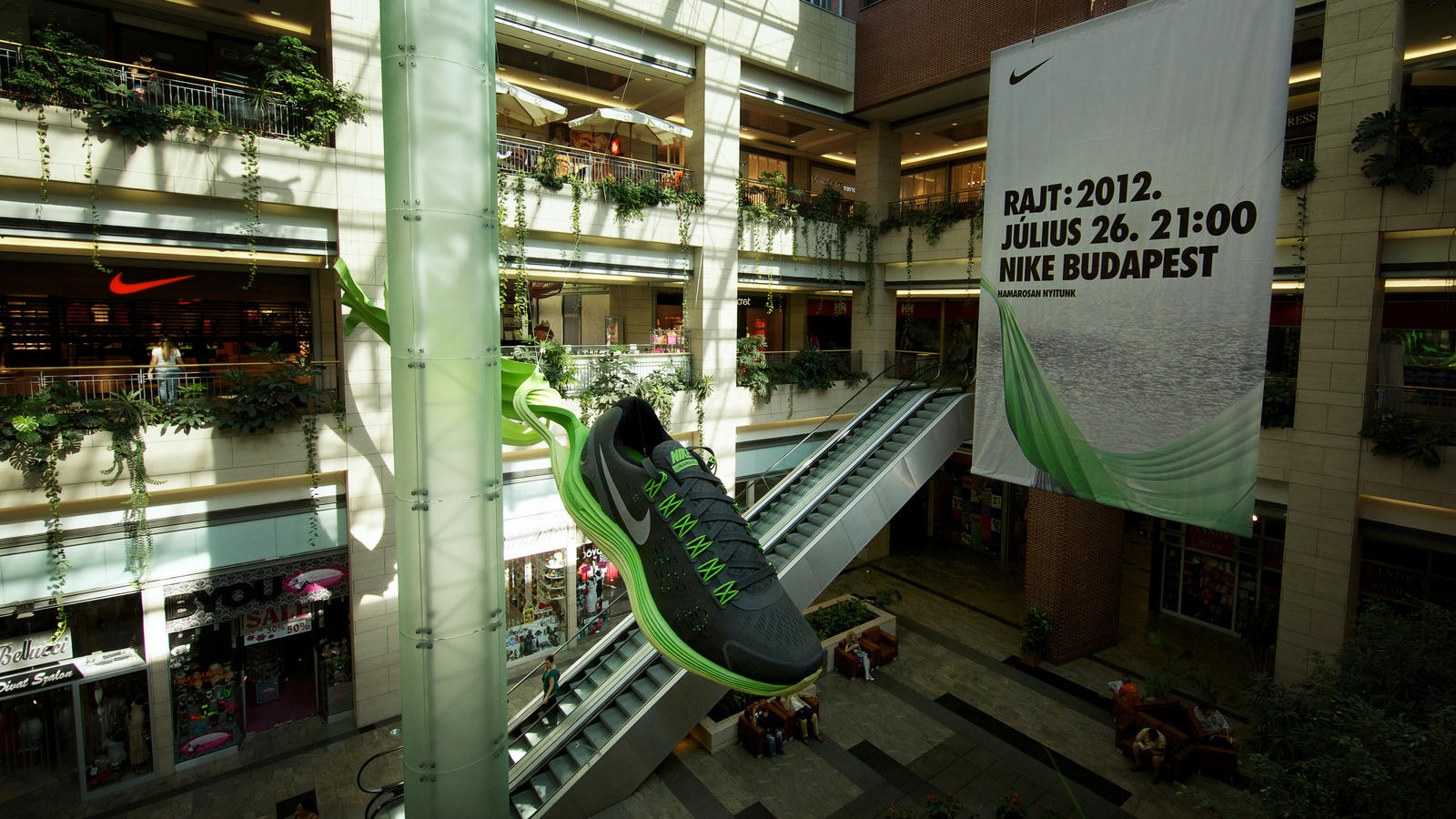 Budapest, 26 July 2012 -- As part of its “Game on World” international campaign, Nike invited top Hungarian athletes and influencers to set their personal running goals and celebrate the opening of the new Nike store in the heart of Budapest.

Top athletes and influencers including Ágnes Kovács, world champion swimmer, Leila Gyenesei pentathlete and Réka Rubint fitness champion attended the VIP event and participated in a special photo shoot where they made their Nike+ running pledge and posted the photos on the glass "Game on World" wall outside the WestEnd mall.

"Nike is committed to providing the best products, services and experiences to consumers around the world. This new premium store in Budapest is a great example of bringing that commitment to life," said Nike Central Europe Sales Director Kai Bordel.

Nike+ Running: Runners in Hungary preparing for the Nike Budapest Half Marathon on September 9 can now access the Nike+ Running App for iPhone as well as the brand new App for Android. They can find all the motivation they need through the Nike+ Running experience which encourages runners with inspirational features and access to the Nike+ community, which has grown to approximately 8.5 million members. The recently launched "Game On, World" campaign challenges runners to log more miles than ever before as they prepare for their race.

Nike FlyKnit: Nike Flyknit revolutionizes running by rethinking shoe construction from the ground up. Yarns and fabric variations are precisely engineered only where they are needed for a featherweight and virtually seamless upper. With all the structure and support knitted in, the whole shoe weighs a mere 160 grams. The inspiration for Nike Flyknit was born from everyday athletes who craved a shoe with the qualities of a sock: a snug fit that goes virtually unnoticed to the wearer.

NikeLunarglide+4: Ultra lightweight and responsive, the Nike Lunarglide+4 running shoe helps to maximize performance thanks to soft, springy Lunarlon cushioning and dynamic flywire. A great running shoe for anyone training for Nike Budapest Half Marathon.

The Nike WestEnd store is the result of a partnership with Trimera Group, recognized as a leader in retail, wholesale and manufacturing across the U.S., Canada, Europe and Middle East, including a portfolio of Company-owned and licensed brands with strong global performance. Amit Tal, President of Trimera Group commented, "Trimera Group is excited to partner with the leading sports brand in footwear and apparel and to bring the Nike brand to Hungary and Central European consumers. We look forward to growing this relationship and expanding Nike's retail footprint."