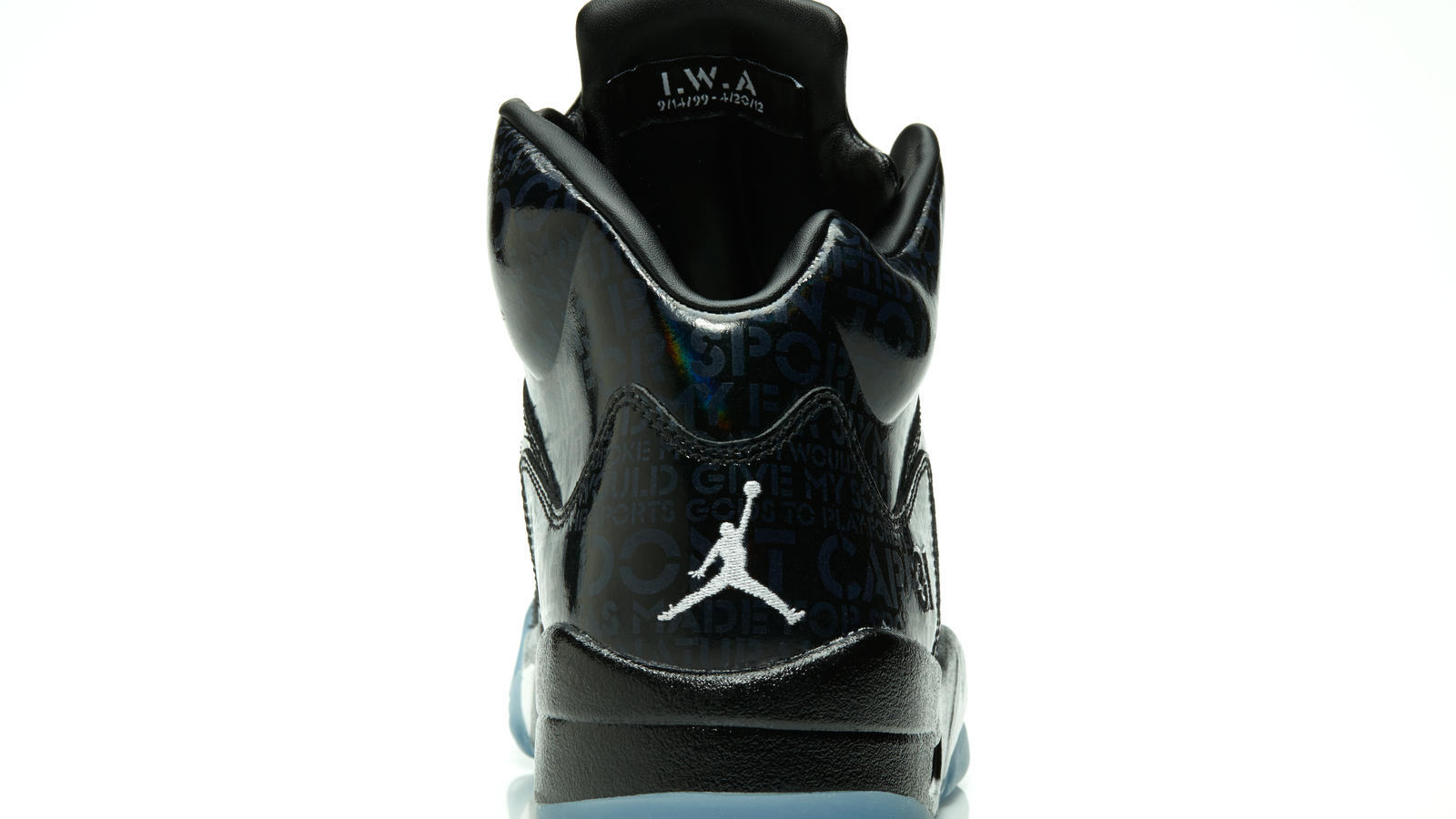 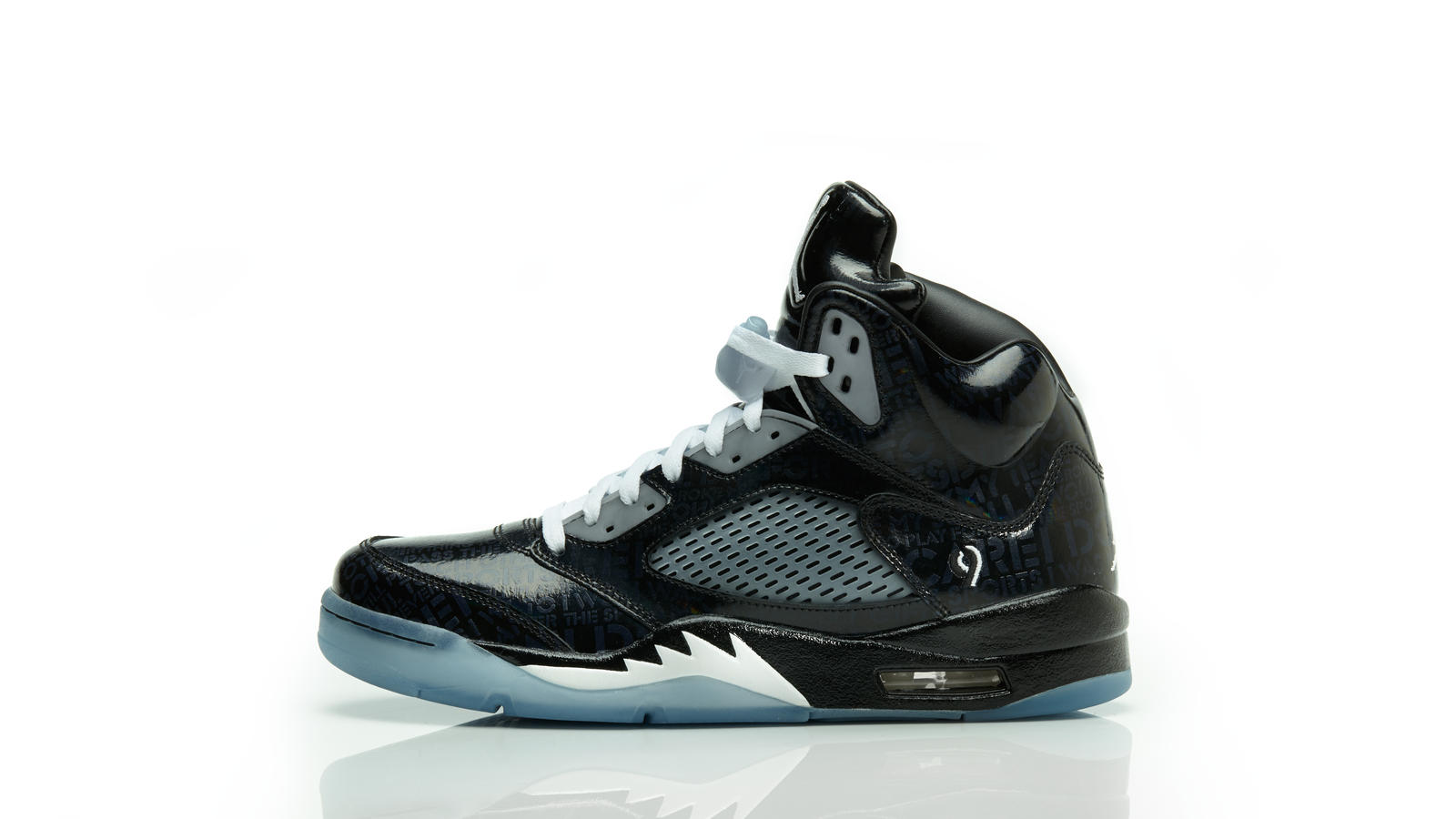 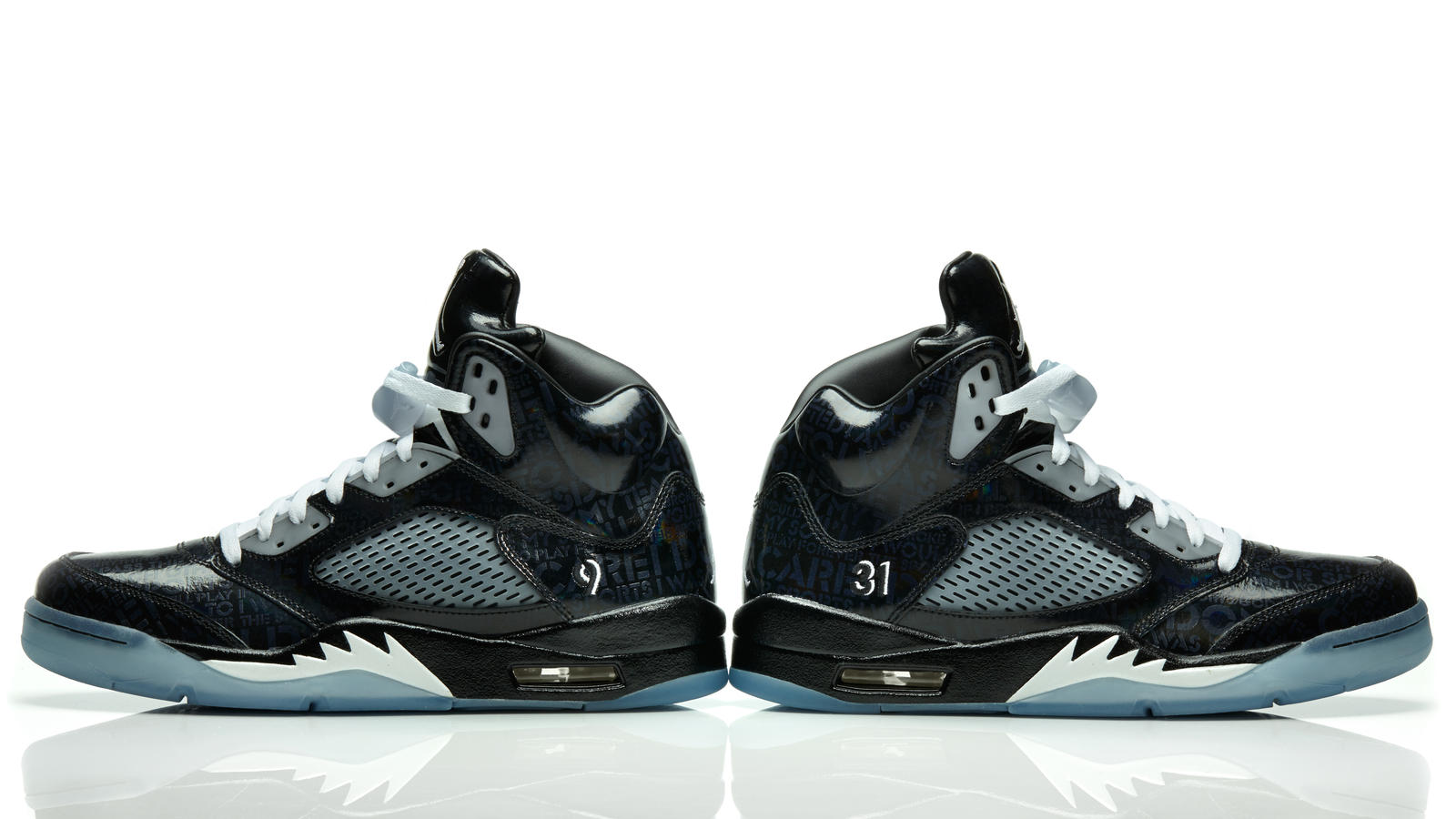 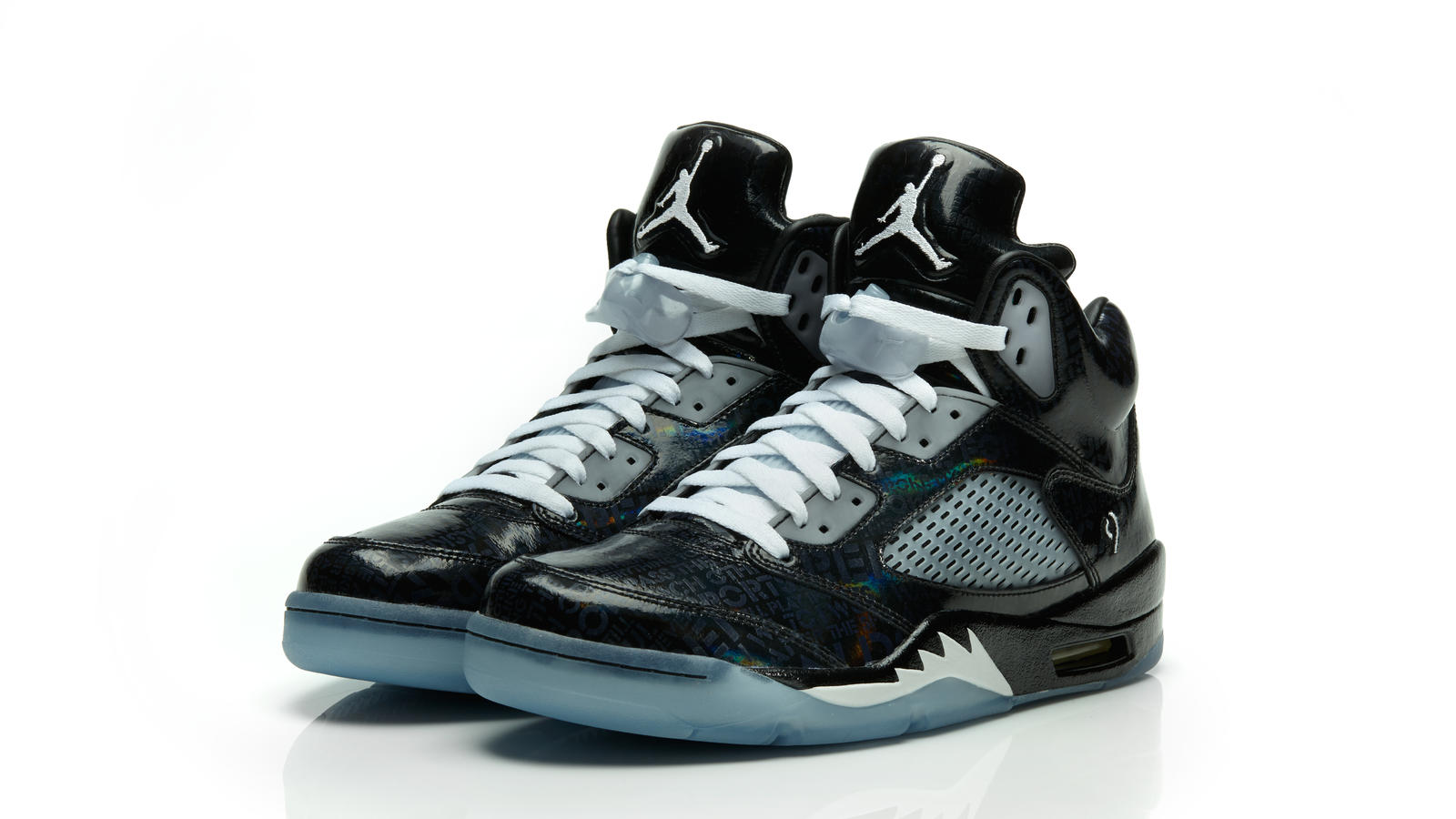 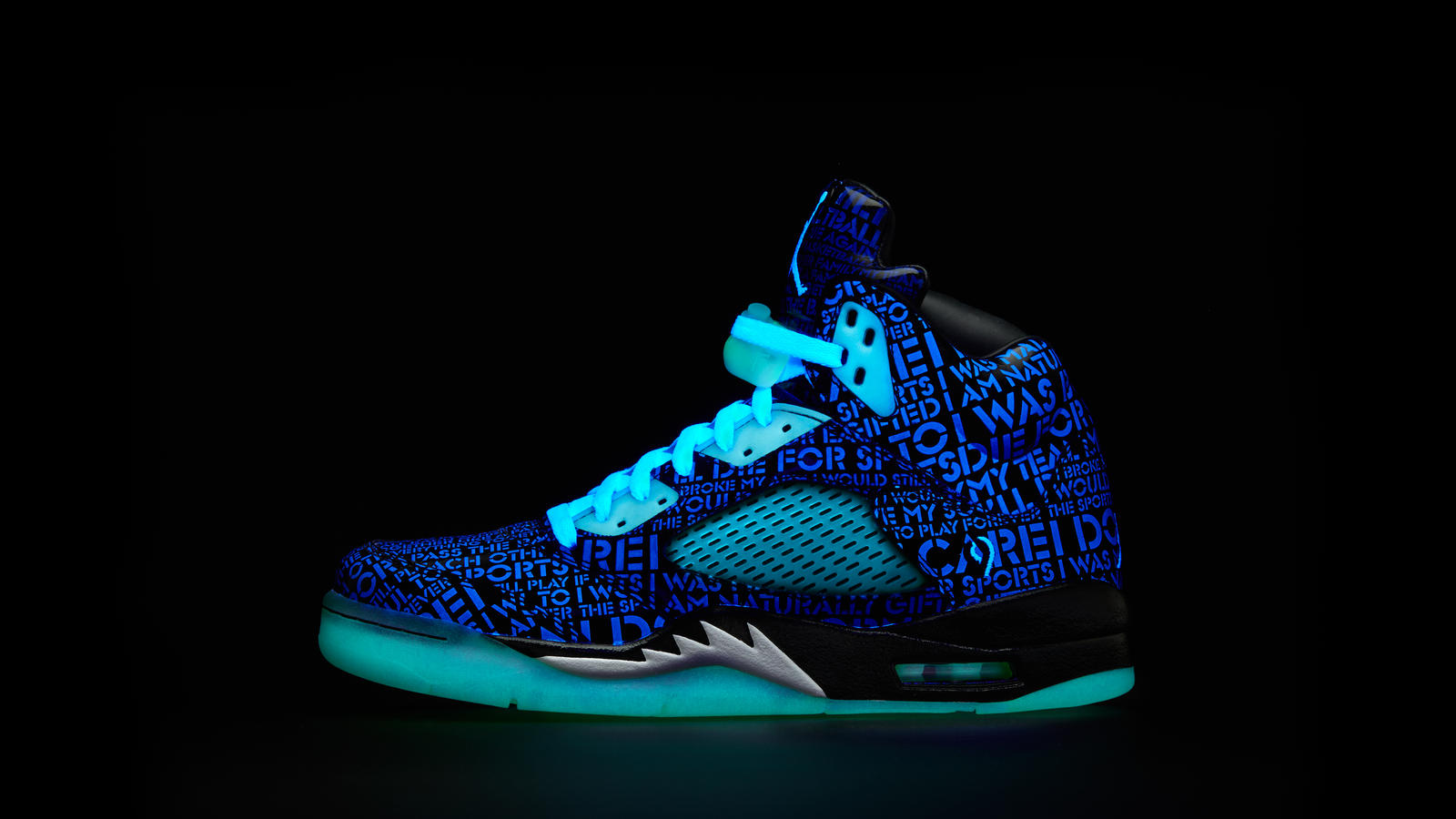 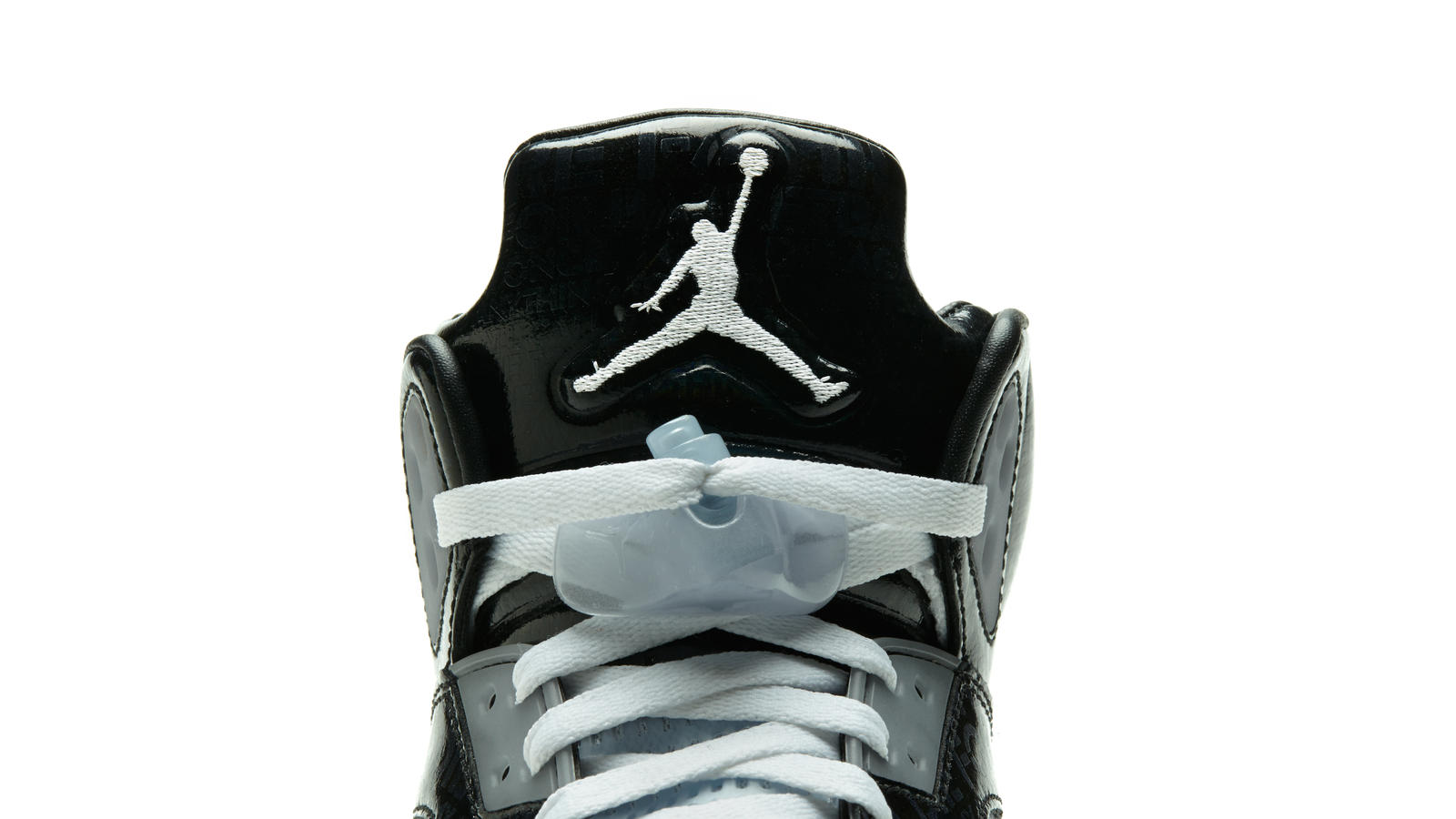 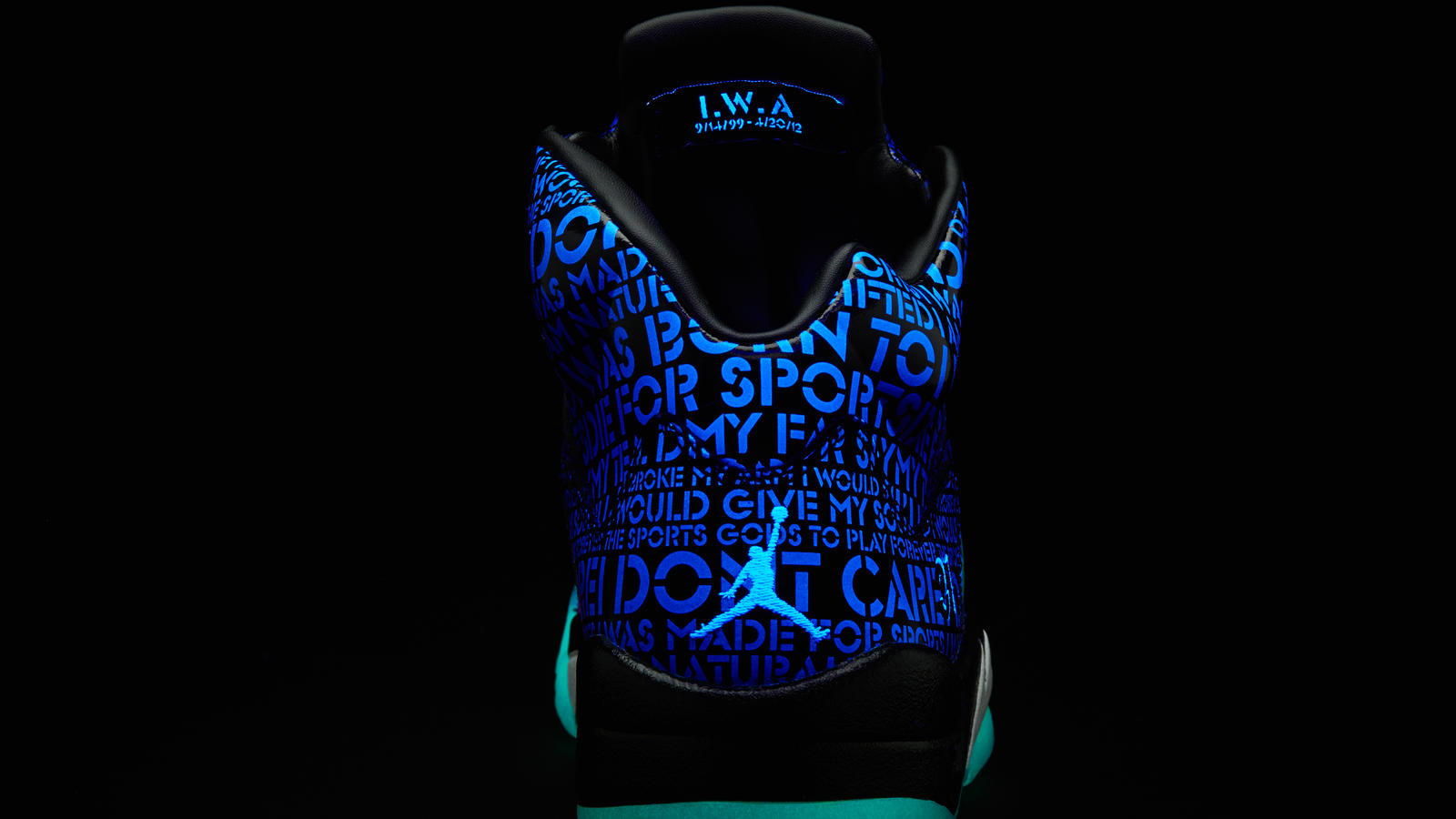 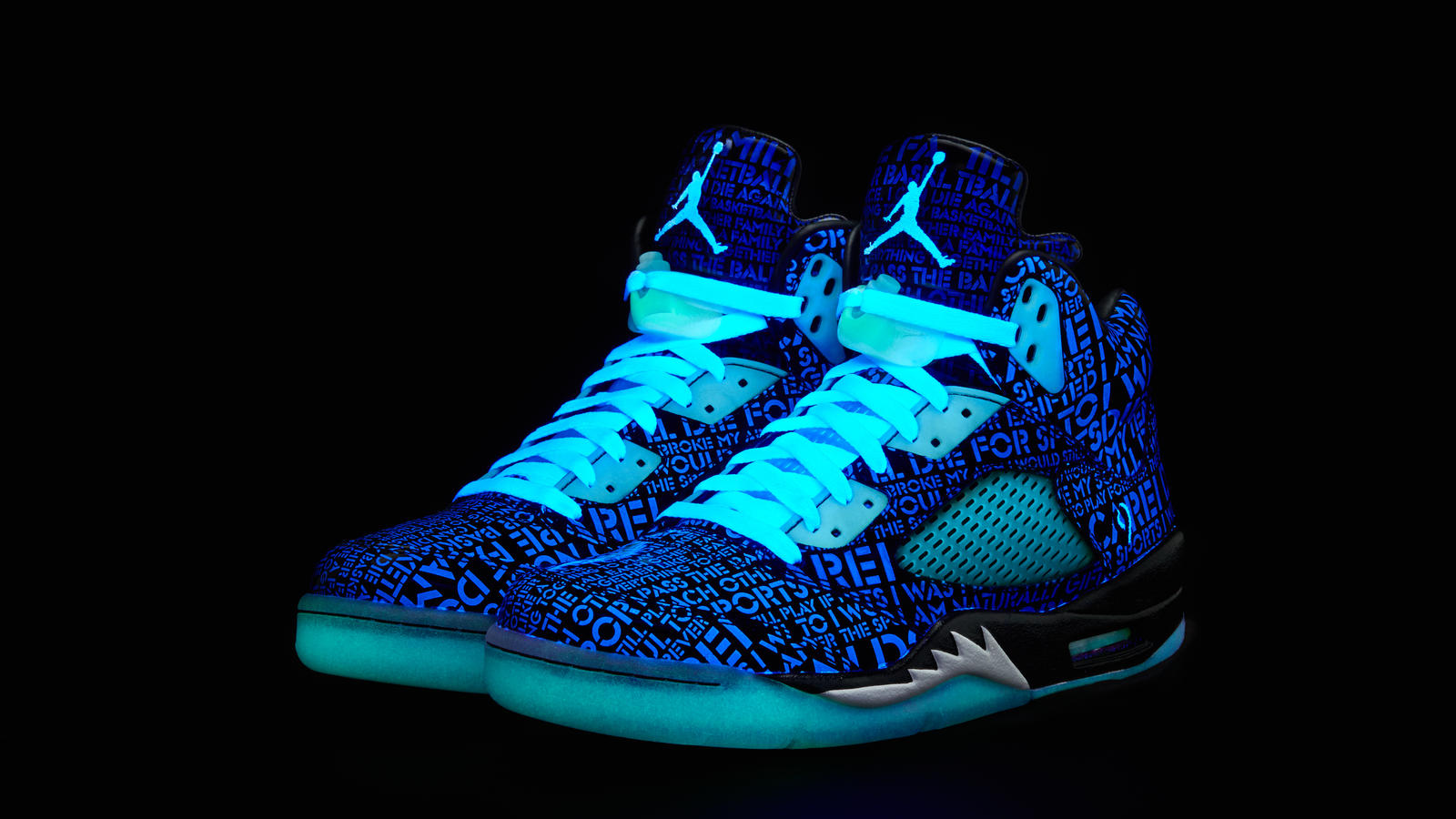 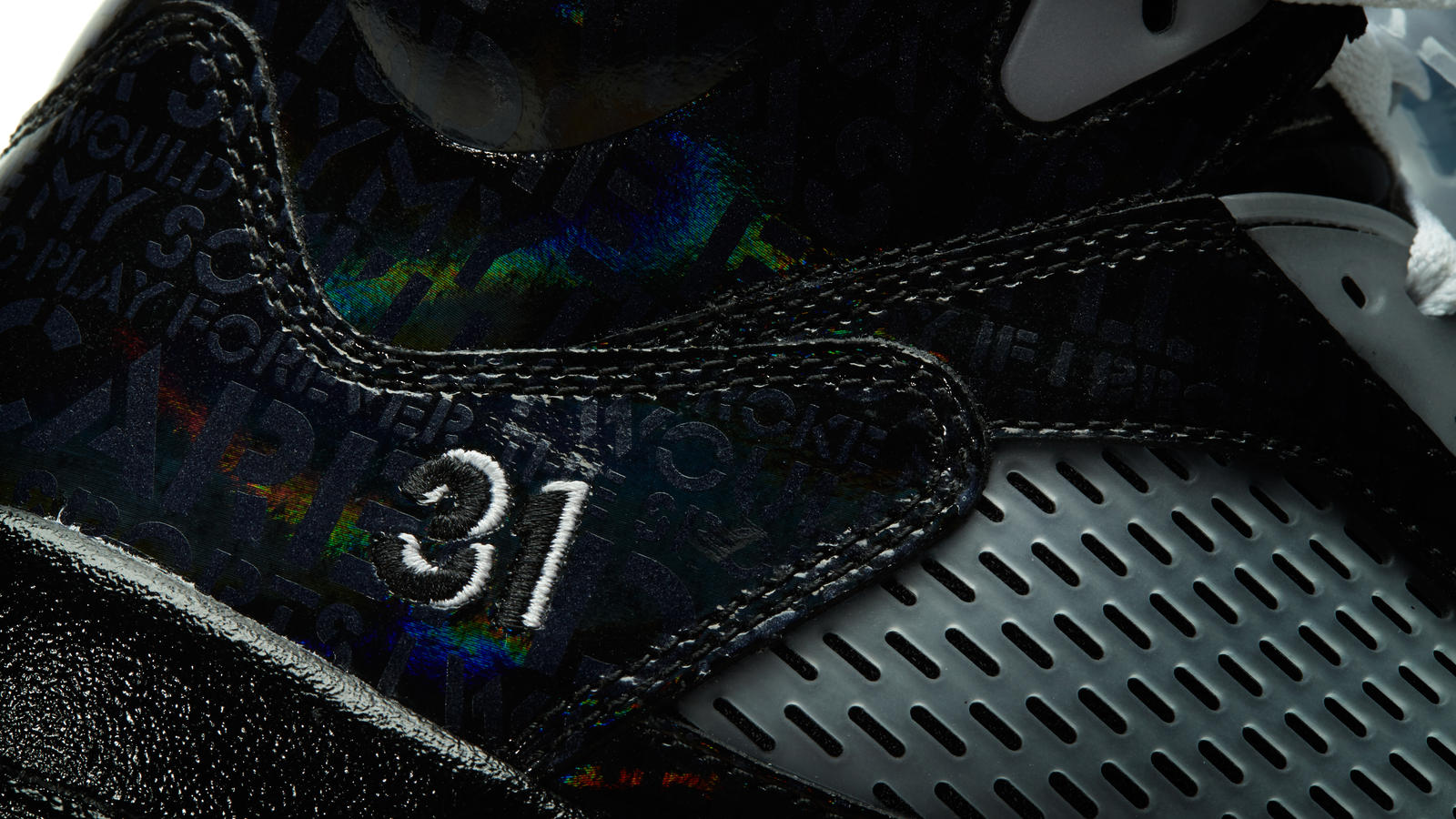 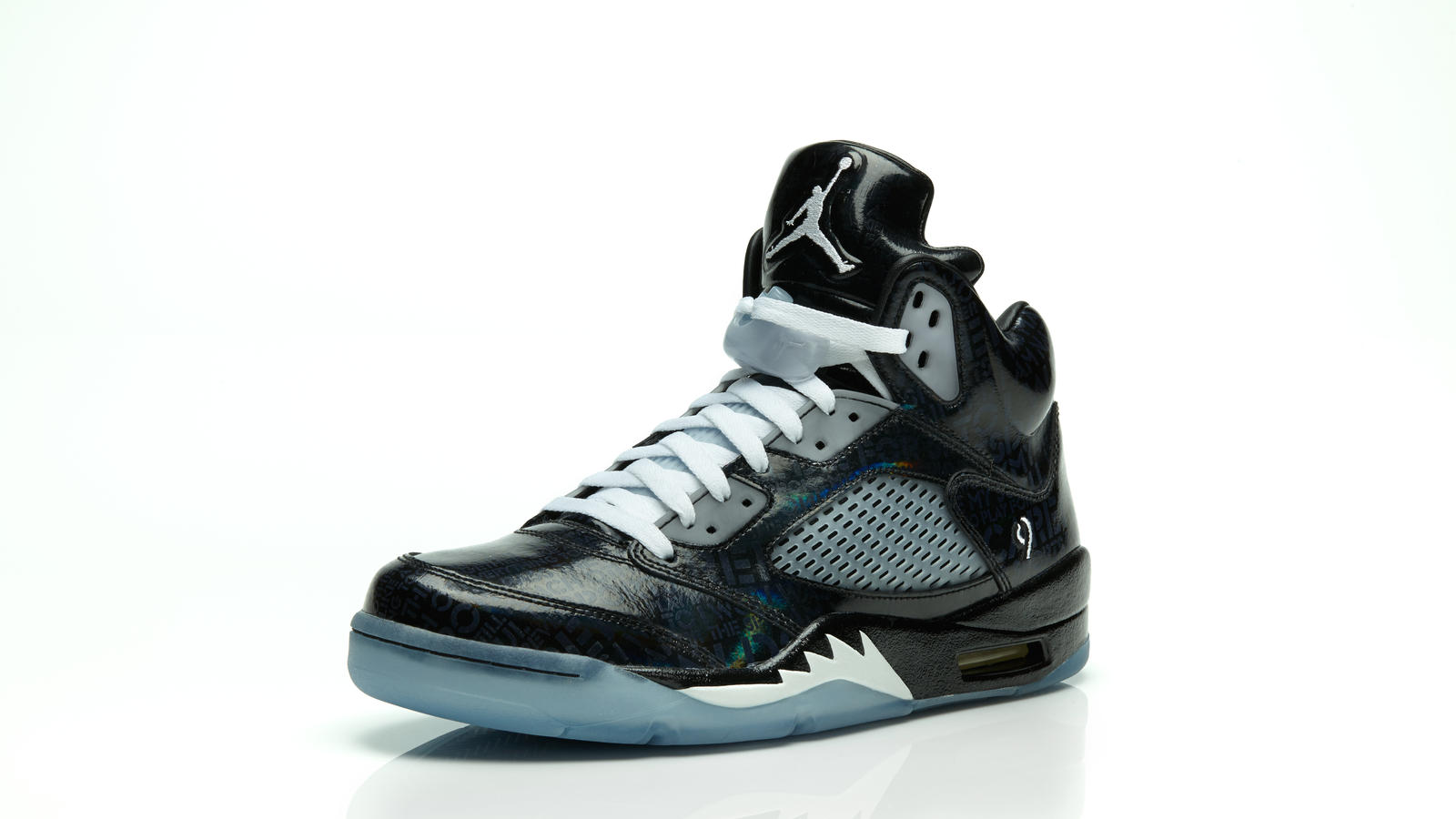 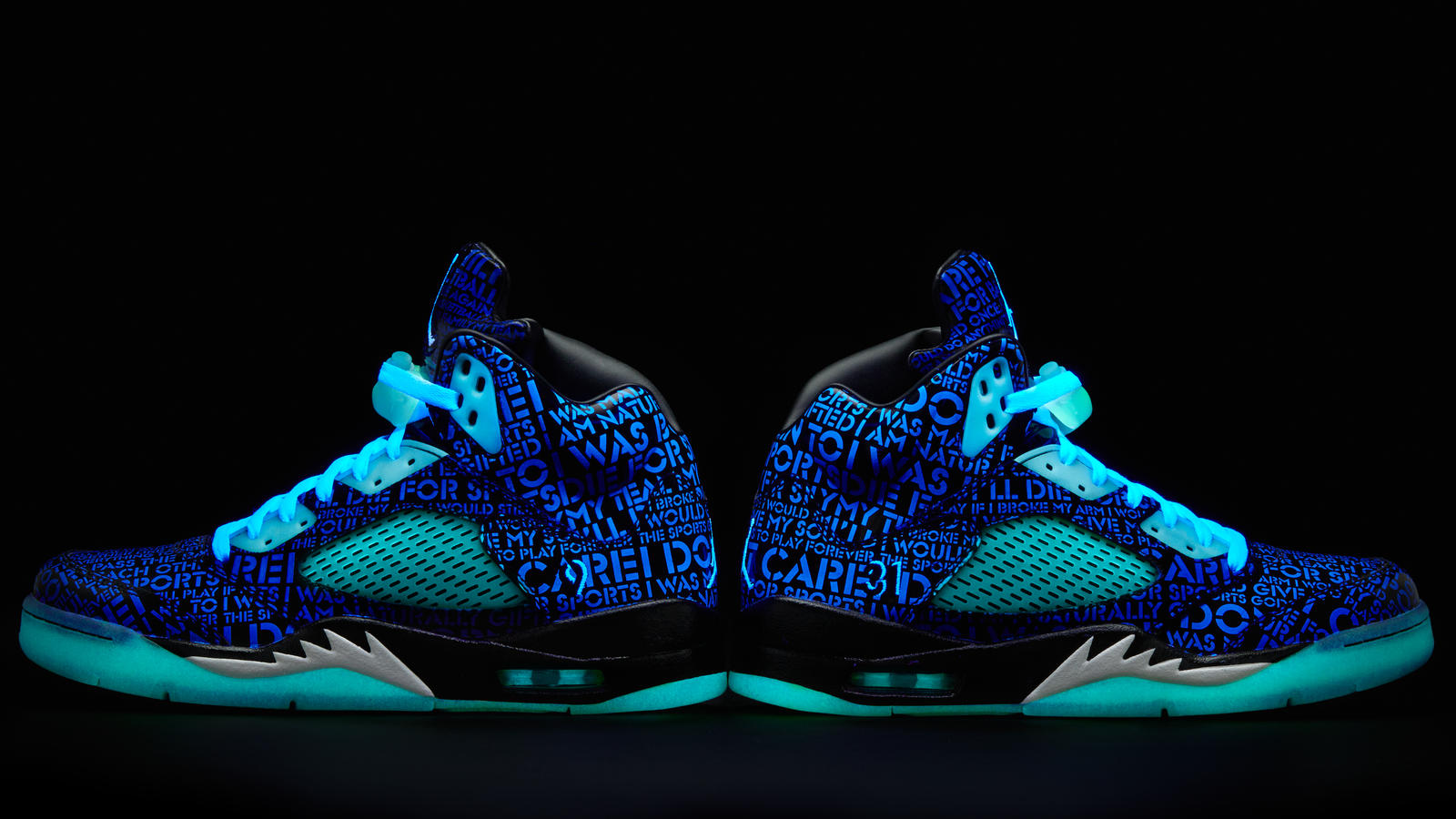 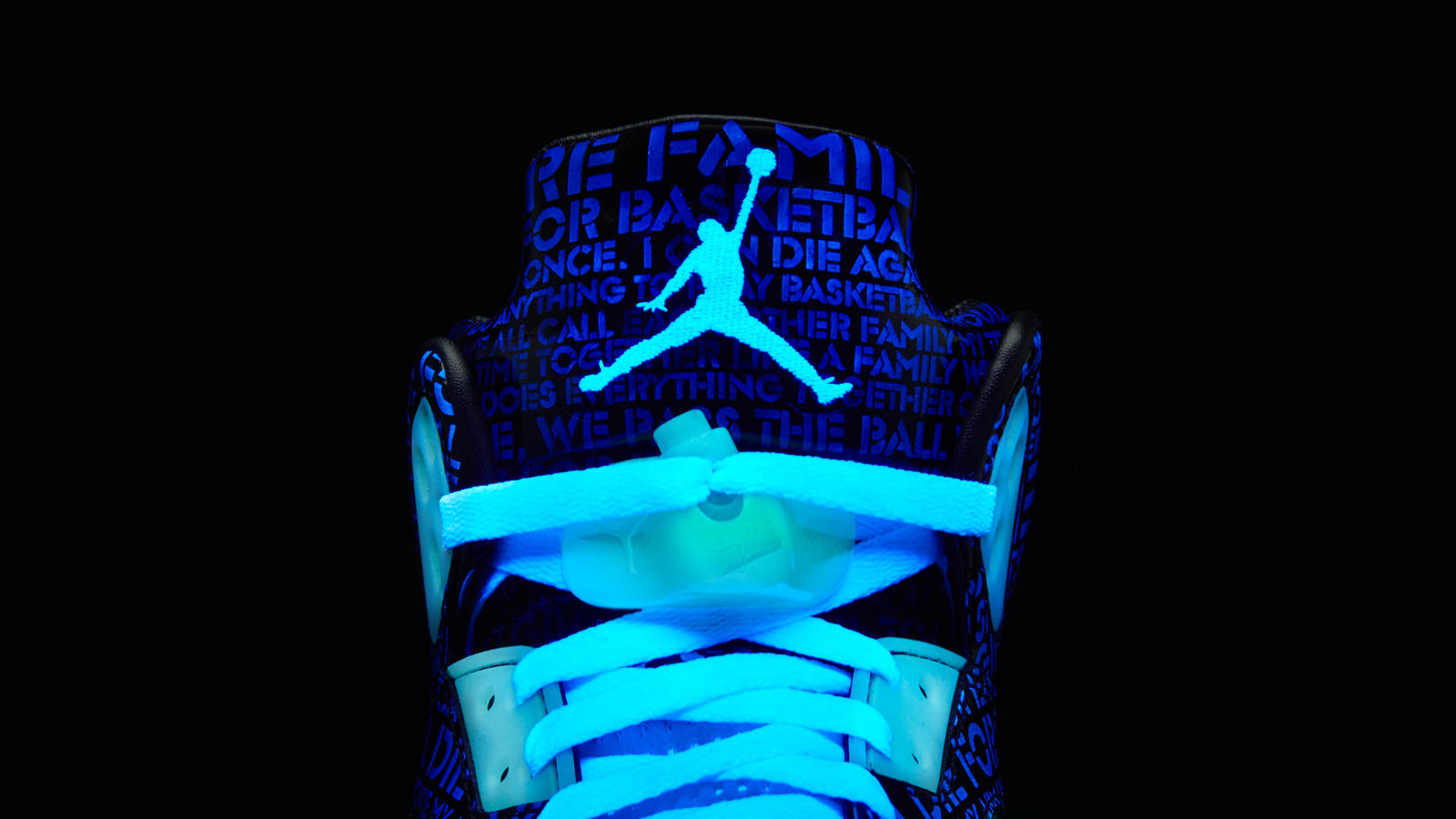 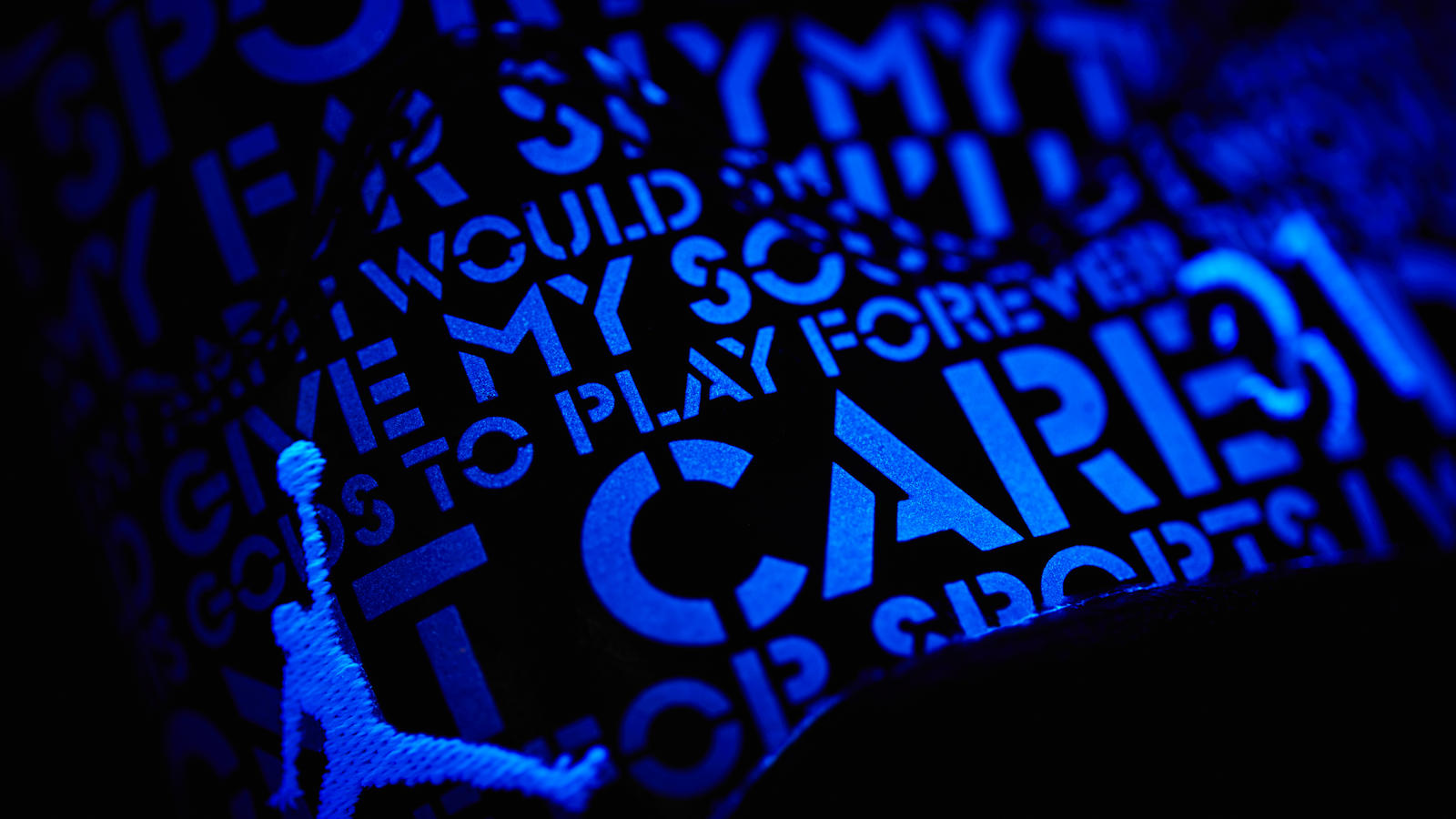 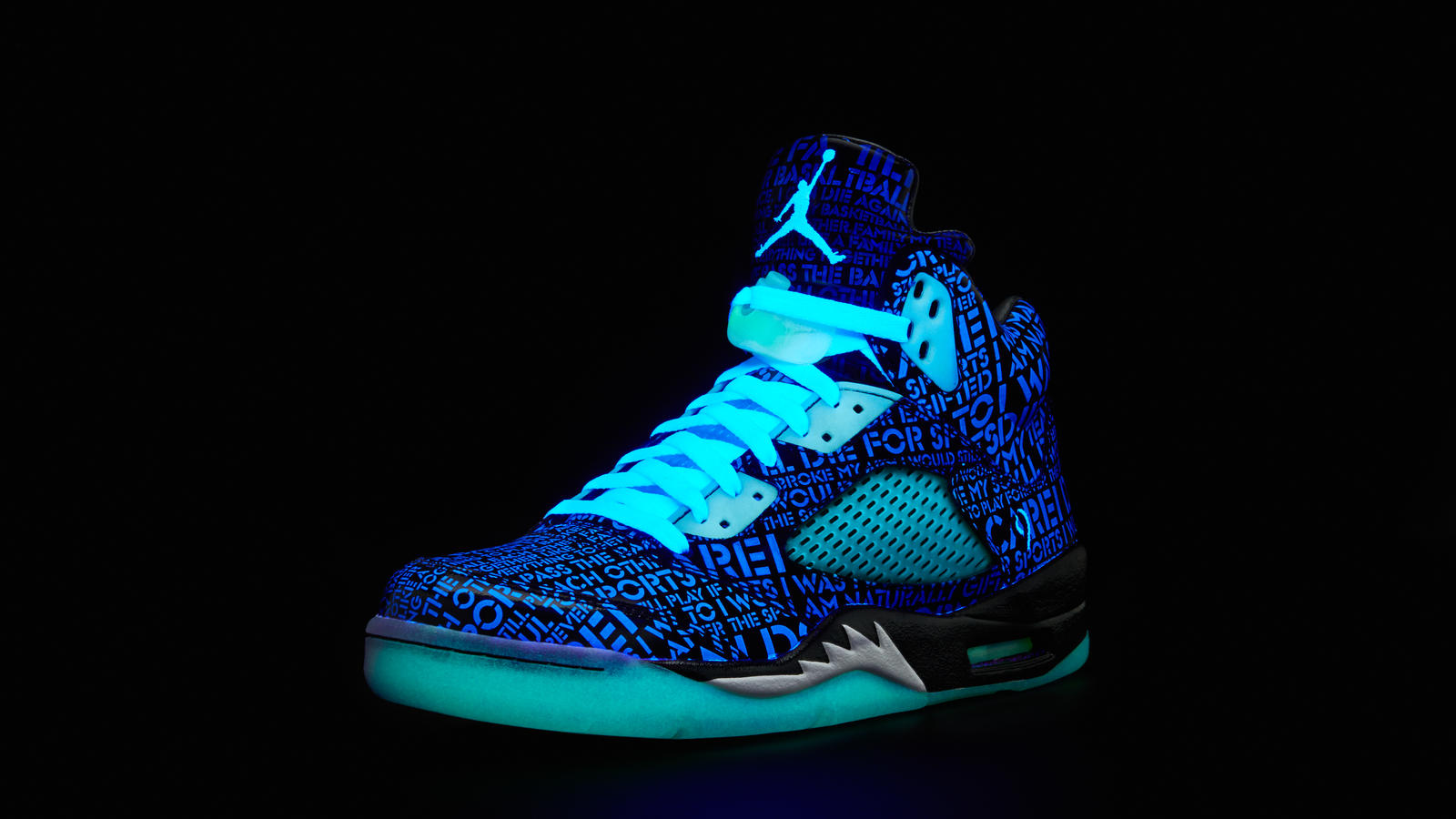 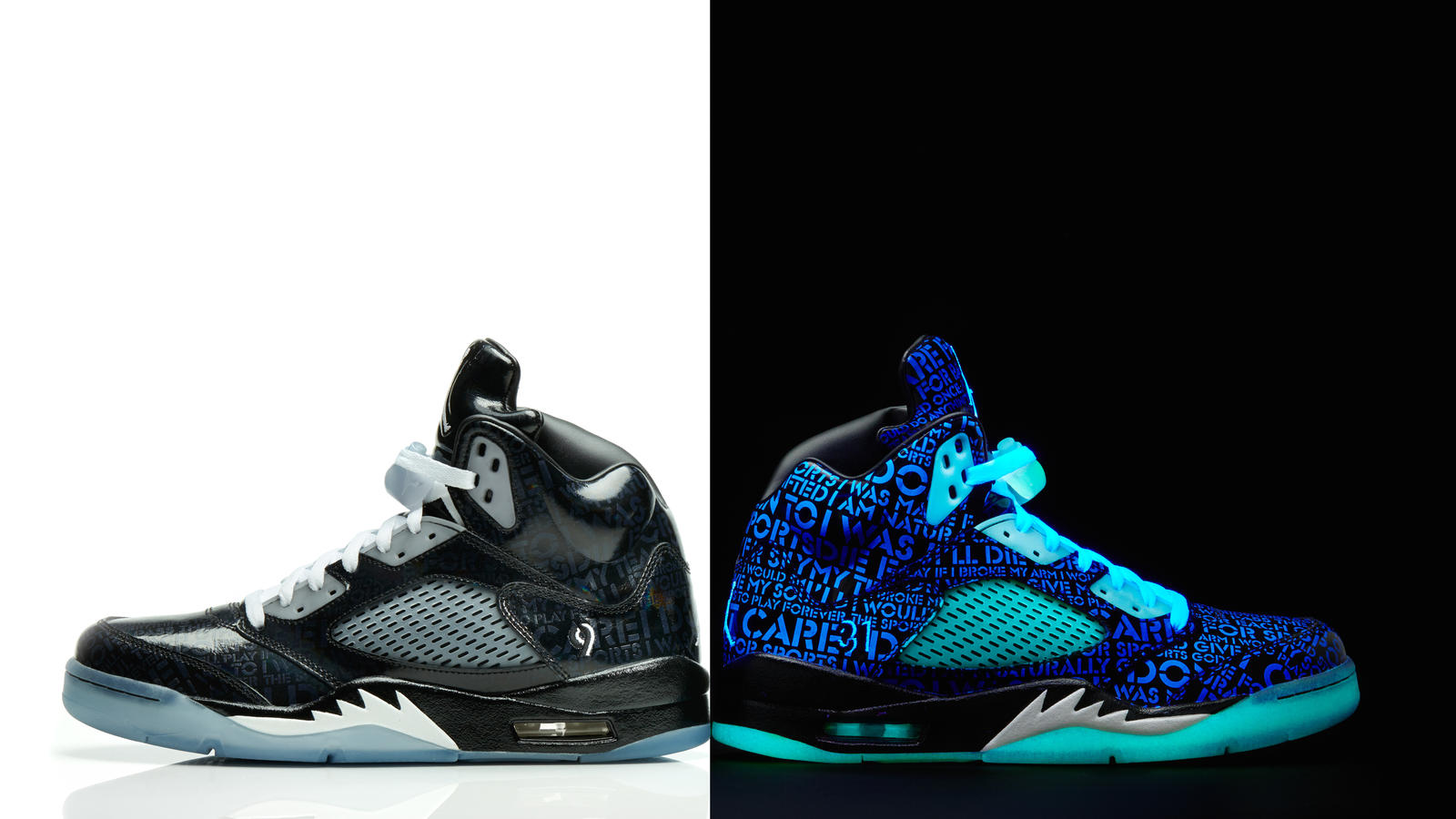 Nike and OHSU Doernbecher Children’s Hospital are proud to pay tribute to 2012 Doernbecher Freestyle Program patient Isaac Arzate and his family with the release of the limited-edition Doernbecher Air Jordan V Retro.

Isaac Arzate was a talented young athlete who pitched a no-hitter in baseball and savored an undefeated season in basketball. In January 2012 Isaac suffered a cardiac arrest at basketball practice and was sent from Salem to OHSU Doernbecher Children’s Hospital, where doctors discovered a previously undetected abnormality that is one of the most common causes for heart attacks in young people.

After recovering from open-heart surgery, Isaac was invited by OHSU Doernbecher to be part of the 2012 Freestyle program. During his rehabilitation from surgery, he began sketching designs for an Air Jordan V Retro, highlighting his interests and experiences. He also became well enough to don his jersey and watch his basketball team from the bleachers, occasionally getting to shoot around during breaks in the game. Then in April 2012, 12-year-old Isaac tragically suffered a second heart attack, and did not survive.

Deeply saddened by his tragic passing but inspired by his passion and spirit, Nike and OHSU Doernbecher invited Isaac’s family to work together to finish the design that Isaac had started. Using Isaac’s original sketches as a guide and some more his parents found, they created a design reflecting Isaac’s vision and incorporating design elements that represented the things that mattered most to him in his life:

“We’ve been honored to work with Isaac’s family and thank them for their courage to complete the project in the name of their son and to support the much-needed fundraising efforts for Doernbecher,” said Michael Doherty, Nike’s Global Creative Presentation Director and member of the Doernbecher Foundation Board of Directors.

In 2004, Doherty and his then-teenage son proposed the idea of the Doernbecher Freestyle Program as a creative way to raise awareness and funds for the children’s hospital, while empowering its young patients through design.

Limited quantities of the Doernbecher Air Jordan V Retro will be sold on nike.com and at Nike retail locations across the country beginning Saturday, Sept. 14, with all proceeds from sales of the shoes benefitting OHSU Doernbecher. To date, the program has raised more than $6 million to help expand pioneering research, support clinical care, purchase state-of-the-art equipment, recruit new experts and help cover the cost of care for families most in need.