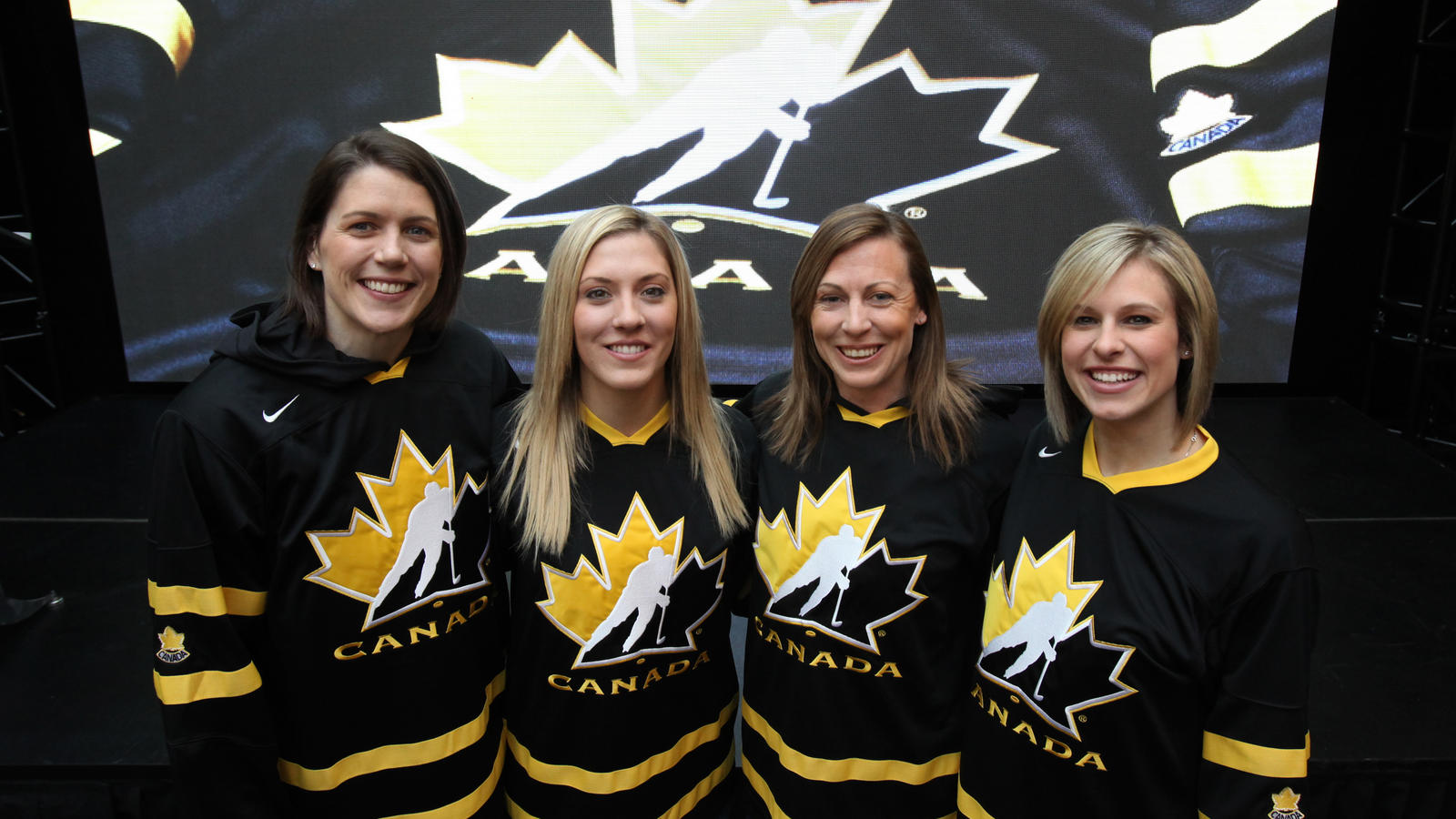 The jersey reveal kicks off a “Fight With Us” movement with national partner Sport Chek to support the Canadian women’s team and the LIVESTRONG Foundation, both of which are dedicated to uniting, inspiring and empowering people affected by cancer. Canadians from coast-to-coast can show their support for the national women’s team and take up the fight by purchasing the limited edition jersey and other LIVESTRONG apparel including the Element Half-Zip for men and women, the men’s Fly Short, the women’s Twisted Training Capri and the men’s Free Trainer 3.0.

“Cancer will strike one in two men and one in three women in our lifetime. It’s a staggering reality that demands attention — an issue Nike remains committed to through support of the LIVESTRONG Foundation,” said Joe Monahan, Nike LIVESTRONG General Manager. “The Women’s World Championships presents an amazing opportunity to celebrate the LIVESTRONG movement in Canada and Nike is thrilled that the members of our national women’s team, the leaders at Hockey Canada and our partners at Sport Chek have joined together in our ongoing battle against cancer.”

The Foundation has invested more than $620,000 in Canadian organizations and programs that serve survivors and further the fight against cancer. To date, Nike has helped raise more than $100 million for the Foundation, which has raised more than $500 million to help people affected by cancer since its inception 16 years ago. Nike supports the Foundation’s mission to make cancer a global priority, reduce the stigma of the disease and make access to care a reality for all survivors.

“LIVESTRONG is about a cause and not one individual.  Nike’s LIVESTRONG collection supports the Foundation,” said Doug Ulman, LIVESTRONG Foundation President & CEO. “Since 2009,  we have worked to help cancer survivors move beyond treatment through the Cancer Transitions program in cities across Canada.”

“Hockey Canada and Team Canada have had a strong partnership with Nike for nearly 20 years. In that time we have seen how their ongoing commitment to the LIVESTRONG Foundation has made a real and undeniable difference in the fight against cancer,” said Dan Church, head coach of Canada’s National Women’s Team. “As a team, are extremely proud be a part of this opportunity and we look forward to wearing the jersey with pride and supporting this great cause.”

The full line of LIVESTRONG apparel and the Women’s World Championship LIVESTRONG jersey is currently available at Sport Chek and Sport Expert locations across Canada.

“Sport Chek has a long standing relationship with Nike, and a newly found partnership with Hockey Canada,” explains Frederick Lecoq, VP Marketing at FGL Sports. “We applaud their efforts for coming together and taking the ongoing battle against cancer to the ice at the World Championships in Ottawa. The stage is set for a great tournament and we’re excited to see our ladies don the black and yellow.”