Nike Inspires More Than 6,000 Runners to Take Over Downtown Dubai for We Run Dubai 10K

The Nike We Run series returns to Dubai with a race through the most breathtaking spots of the city at dawn. 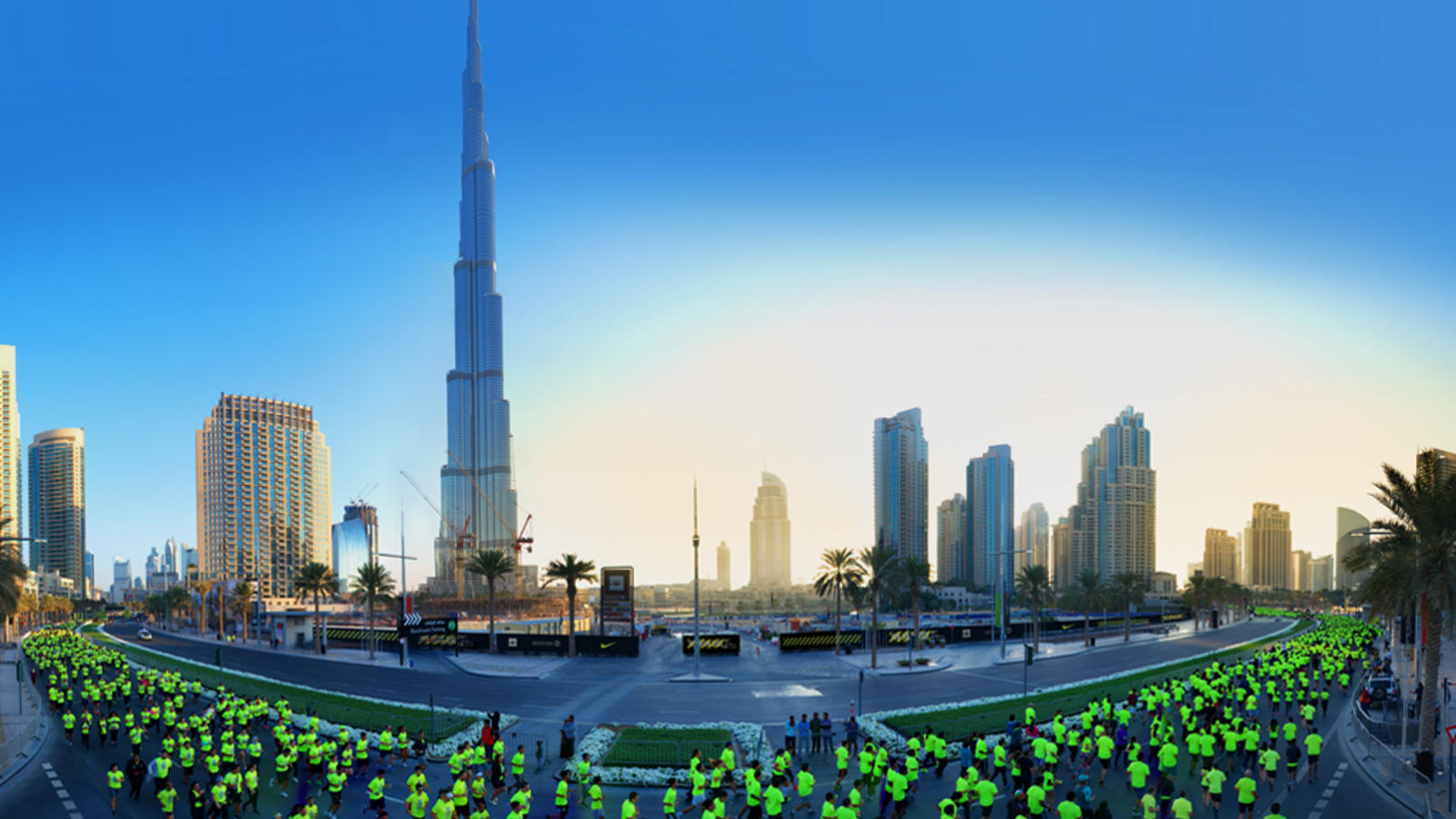 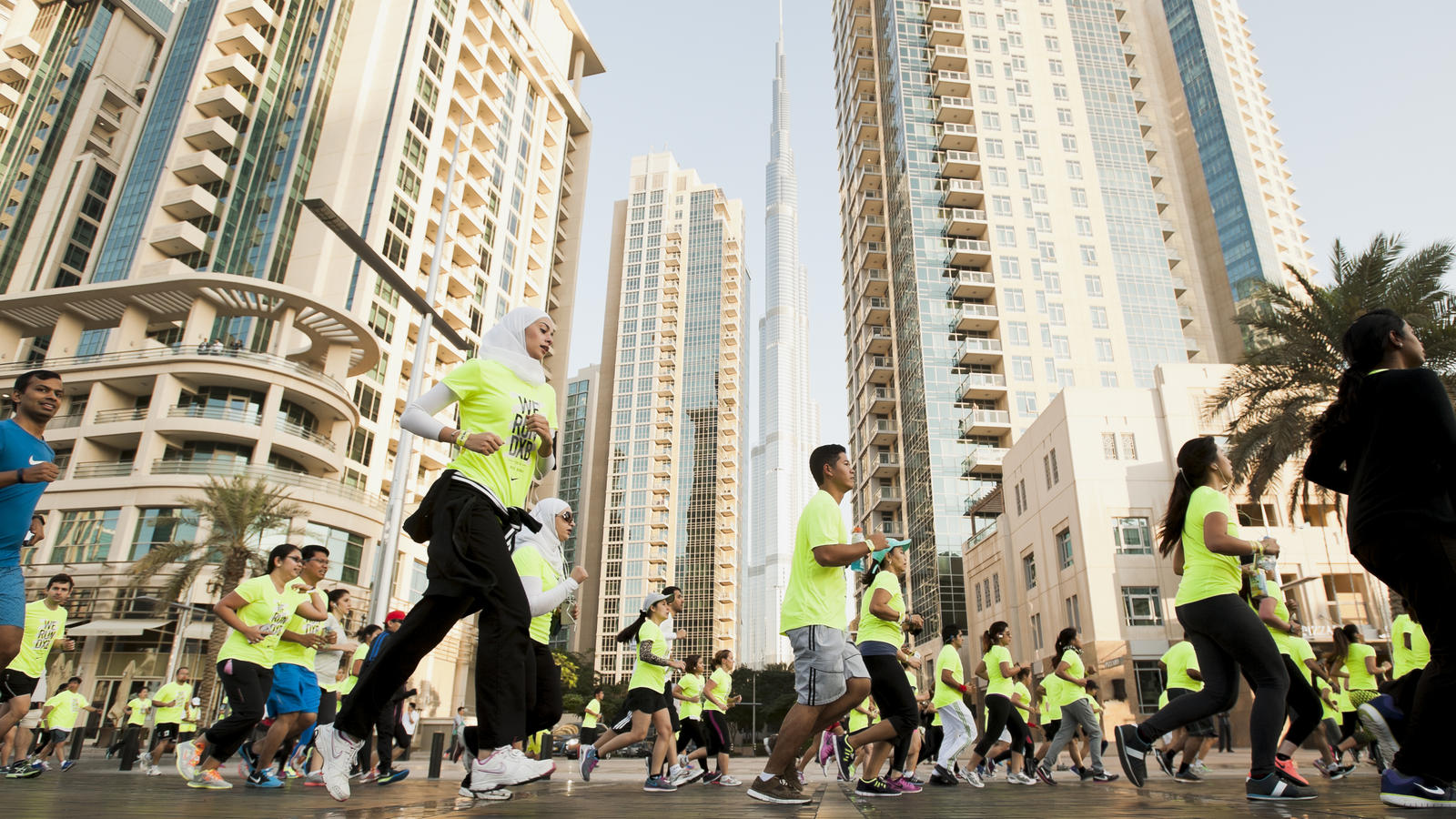 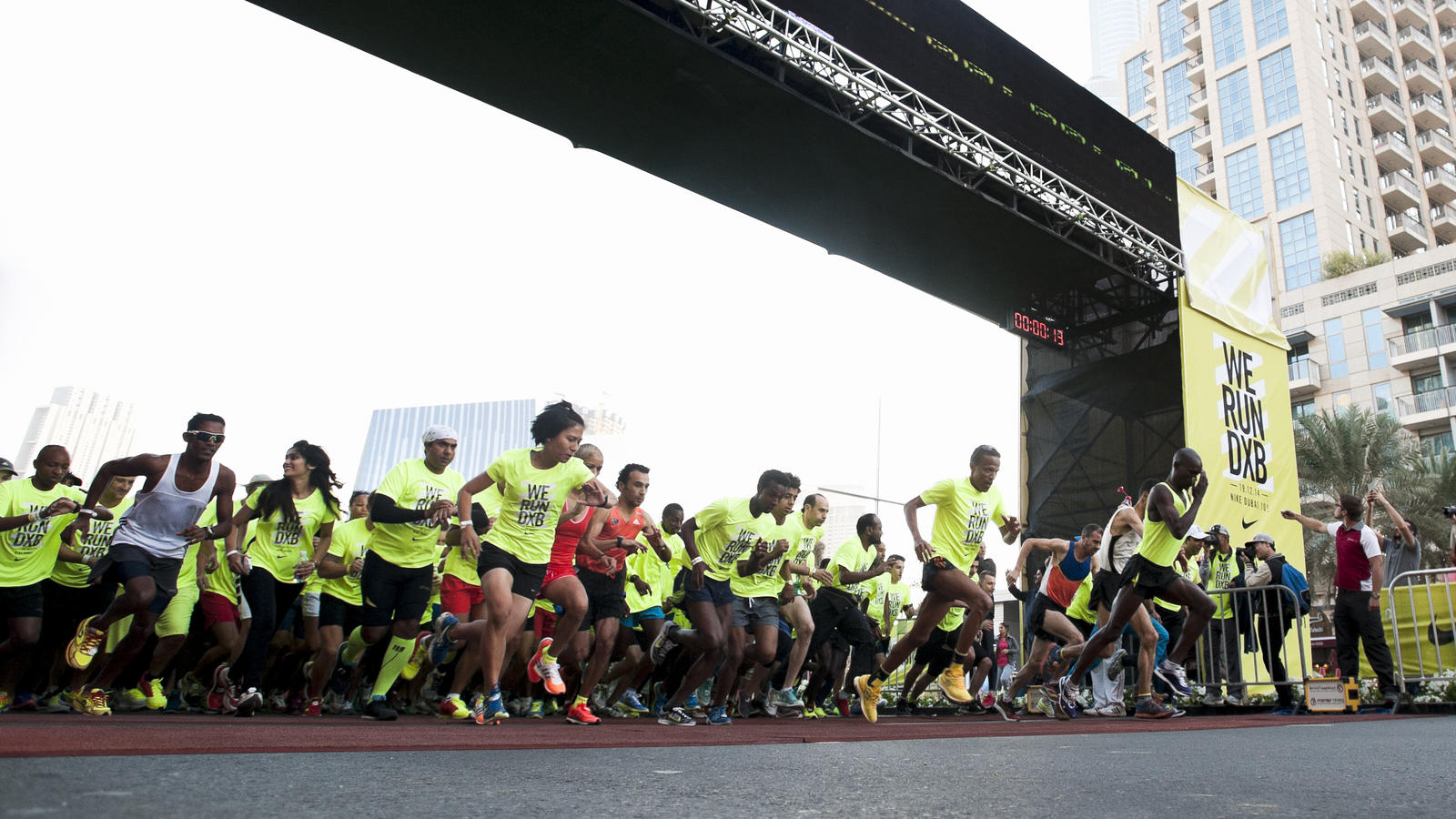 More than 6,000 runners crossed the starting line of We Run Dubai 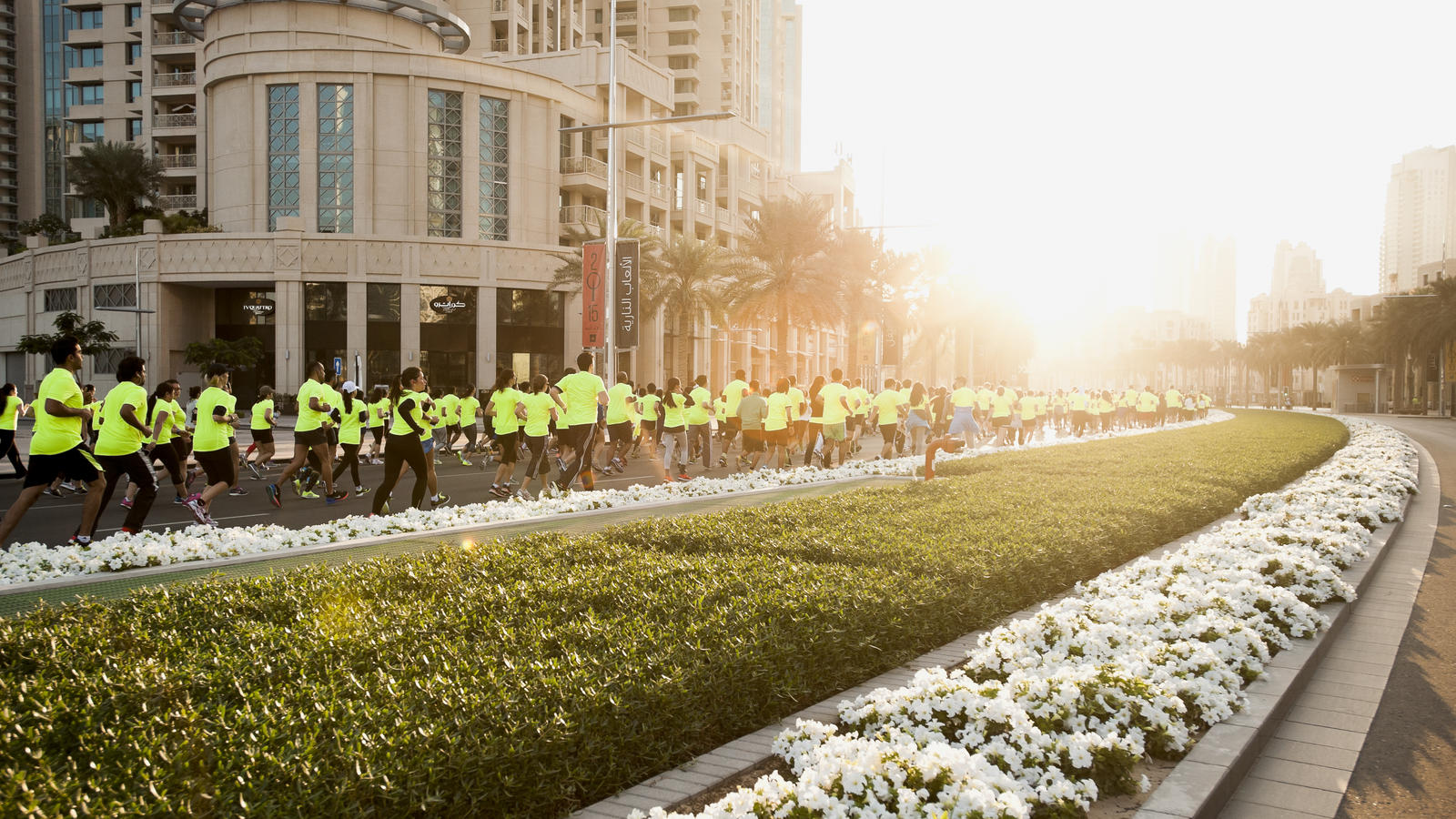 On Dec. 19, more than 6,000 runners stood at the starting line of We Run Dubai near the iconic Burj Khalifa skyscraper, ready to begin a 10K journey throughout some of the city’s most scenic locations

The race kicked off bright and early at 7:30 a.m. and incorporated music and phenomenal views of skyscrapers in the downtown and Dubai International Financial Center neighborhoods.

World champion track and field athlete Mutaz Essa Barshim attended to start the race and cheer on the runners at the finish line.

“The atmosphere was fantastic; there was so much positive energy with all of the participants motivating one another every step of the race,” Barshim said. “To see thousands of people pushing themselves to achieve their best is truly inspiring.”

Training to the race day

In fast-paced Dubai, runners demand more than just a typical race. They expect new challenges that push their boundaries and test their limits.

To prepare runners for We Run Dubai, Nike delivered four-week personalized training programs that combined physical and digital experiences in the lead-up to the race. The journey included the Dawn Runners Series, which invited runners to partake in training runs in quintessential city neighborhoods. 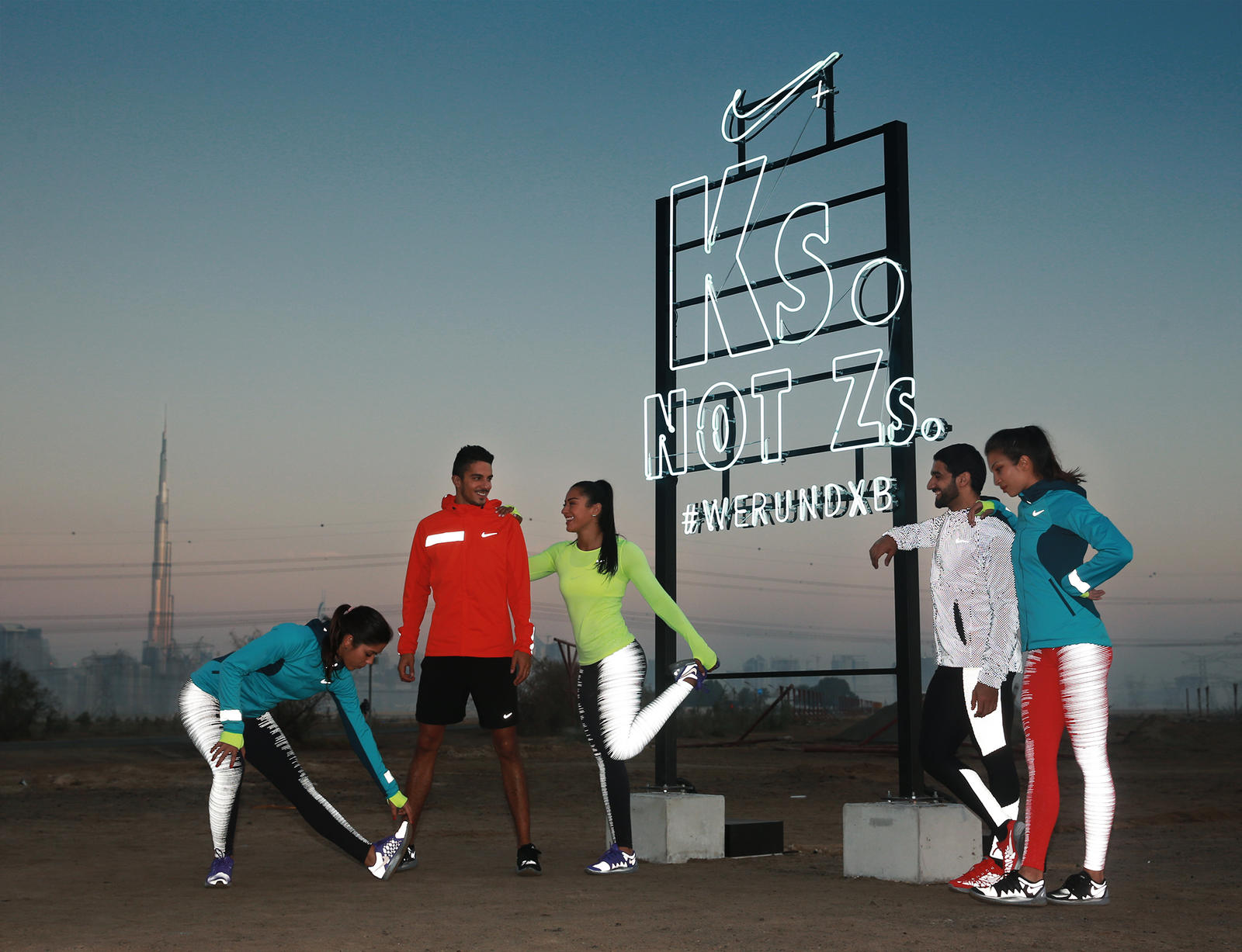 Nike hosted the runs at 5 a.m. every Friday in the four weeks leading up to We Run Dubai, with the aim of getting everyone ready for the race. The runs varied in distance from 5K to 8K to accommodate runners of all levels.

Digitally, runners have been able to get more out of each run by tracking their time, distance and pace. The Nike+ Running App and Nike+ Training Club App have provided athletes with the motivation, inspiration and coaching they need to train for the race, and participants connected with Nike communities via Facebook as they prepared to run and celebrate together.

About the Nike We Run Series

We Run Dubai is part of the global Nike We Run series hosted by 19 cities across Europe, Latin America and Asia and ranging in distances from 7K to a full marathon. This year marks the second time Dubai has welcomed a We Run race, which are tailored to each individual host city. Overall, the series will reach more than 200,000 runners around the world.