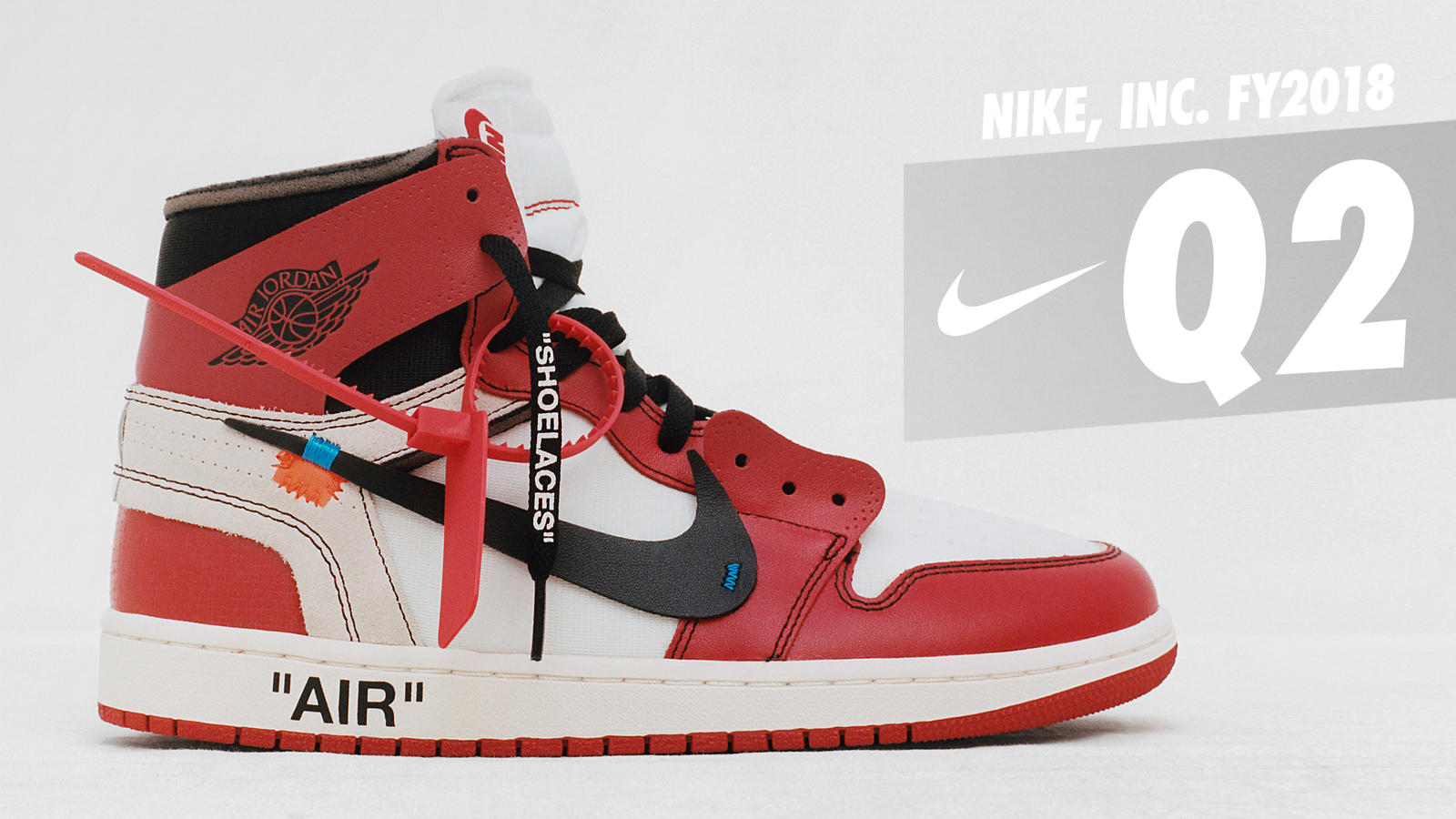 Diluted earnings per share were $0.46, down 8 percent compared to the same period last year due primarily to a decline in gross margin and higher selling and administrative expense, which offset solid revenue growth, a lower tax rate and a lower average share count.

“This quarter, led by our Consumer Direct Offense, we accelerated international growth and built underlying momentum in our domestic business,” said Mark Parker, Chairman, President and CEO, NIKE, Inc. “For the back half of the fiscal year, NIKE’s innovation line-up is as strong as it’s ever been and we’ll continue to actively shape retail through new differentiated experiences.”*

Revenues for NIKE, Inc. increased 5 percent to $8.6 billion, up 3 percent on a currency-neutral basis.**

Revenues for the NIKE Brand were $8.1 billion, up 4 percent on a constant-currency basis, driven by EMEA, Greater China and APLA, including growth in the Sportswear and NIKE Basketball categories.
Revenues for Converse were $408 million, down 4 percent on a currency-neutral basis, as international growth was more than offset by declines in North America.

The effective tax rate was 12.7 percent, compared to 24.4 percent for the same period last year, reflecting the tax benefit from stock-based compensation in the current period, as well as an increase in the mix of earnings from operations outside of the U.S., which are generally subject to a lower tax rate.

Net income decreased 9 percent to $767 million as a decline in gross margin and higher selling and administrative expense more than offset revenue growth and a lower tax rate, while diluted earnings per share decreased 8 percent from the prior year to $0.46, including a 2 percent decline in the weighted average diluted common shares outstanding.

Inventories for NIKE, Inc. were $5.3 billion, up 6 percent from November 30, 2016, driven primarily by changes in foreign currency exchange rates and, to a lesser extent, an increase in NIKE Brand units.

Cash and equivalents and short-term investments were $6.4 billion, $446 million higher than last year due to net income, and proceeds from debt issuance and employee exercises of stock options, which more than offset share repurchases, dividends and investments in infrastructure.

NIKE, Inc. management will host a conference call beginning at approximately 2:00 p.m. PT on December 21, 2017, to review fiscal second quarter results. The conference call will be broadcast live over the Internet and can be accessed at http://investors.nike.com. For those unable to listen to the live broadcast, an archived version will be available at the same location through 9:00 p.m. PT, January 4, 2018.

Download the PDF of the FY18 Q2 Press Release and Schedules