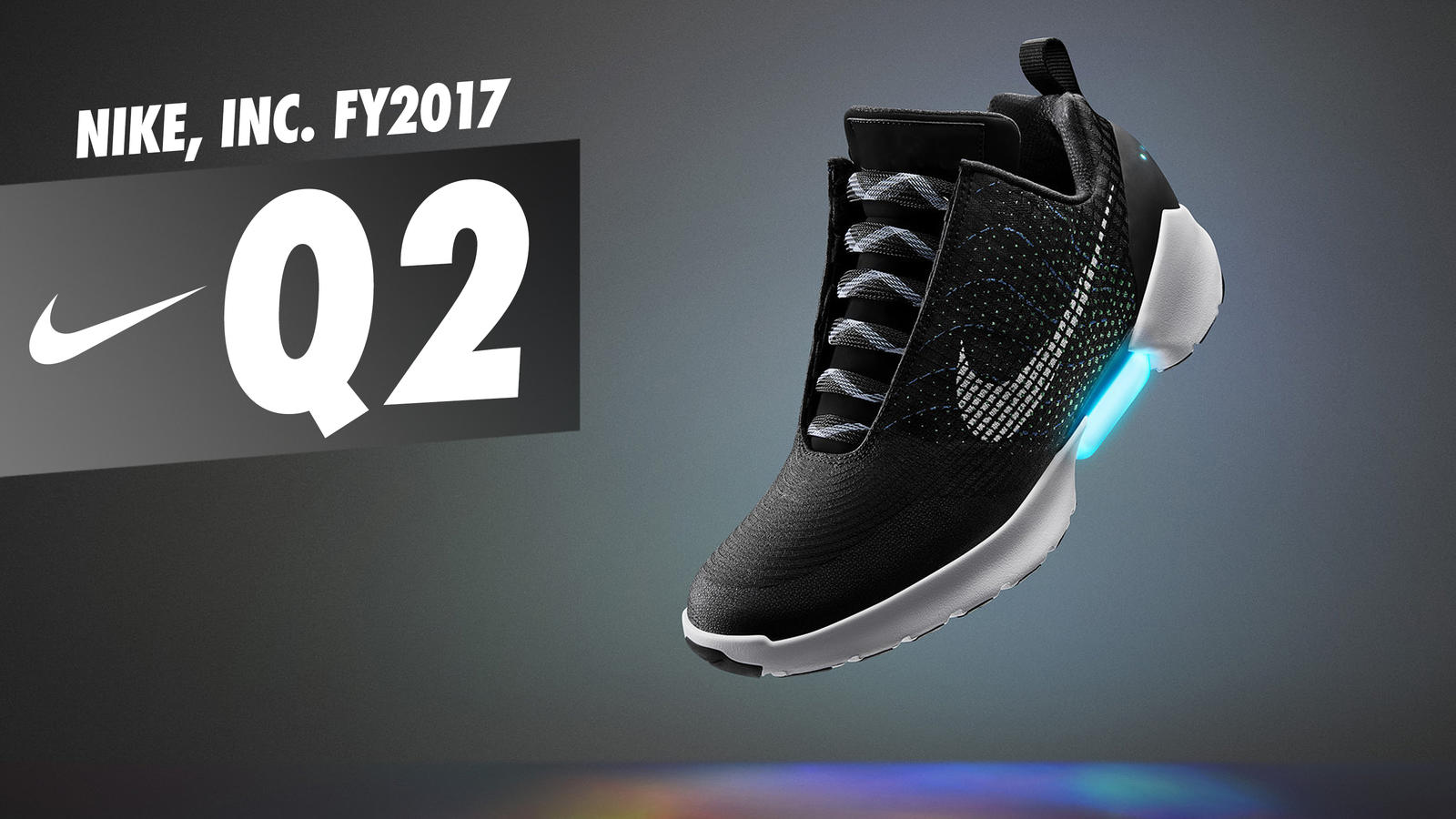 “NIKE’s ability to attack the opportunities that consistently drive growth over the near and long term is what sets us apart,” said Mark Parker, Chairman, President and CEO, NIKE, Inc. “With industry-defining innovation platforms, highly anticipated signature basketball styles and more personalized retail experiences on the horizon, we are well-positioned to carry our momentum into the back half of the fiscal year and beyond.”**

Revenues for NIKE, Inc. increased 6 percent to $8.2 billion, up 8 percent on a currency neutral basis.

Revenues for the NIKE Brand were $7.7 billion, up 8 percent on a constant currency basis, driven by double-digit currency neutral growth in Western Europe, Greater China and the Emerging Markets as well as the Sportswear and Running categories.

Revenues for Converse were $416 million, up 5 percent on a currency neutral basis, driven by strong growth in North America.

Selling and administrative expense declined 2 percent to $2.5 billion. Demand creation expense was $762 million, relatively unchanged from the prior year. Operating overhead expense decreased 3 percent to $1.7 billion, as continued investments in Direct-to-Consumer (DTC) were offset by productivity gains compared to the prior year.

Other income, net was $18 million comprised primarily of non-operating items, and to a lesser extent, net foreign exchange gains. For the quarter, the Company estimates the year-over-year change in foreign currency related gains and losses included in other income, net, combined with the impact of changes in currency exchange rates on the translation of foreign currency-denominated profits, decreased pretax income by approximately $29 million.

The effective tax rate was 24.4 percent, compared to 19.1 percent for the same period last year, primarily due to an increased mix of U.S. earnings, which are generally subject to a higher tax rate.

Inventories for NIKE, Inc. were $5.0 billion, up 9 percent from November 30, 2015, due to a one percent increase in NIKE Brand wholesale unit inventories and increases in average product costs per unit primarily due to product mix, as well as higher inventories associated with growth in DTC.

Cash and short-term investments were $5.9 billion, $173 million lower than November 30, 2015 as growth in net income and proceeds from the issuance of debt in the second quarter of fiscal 2017 were more than offset by share repurchases, higher dividends, investments in infrastructure and a reduction in collateral received from counterparties to foreign currency hedging instruments.

Worldwide futures orders for the NIKE Brand will be referenced on our earnings conference calls as deemed appropriate. NIKE Brand and geography Futures Orders growth versus the prior year will be posted on the NIKE, Inc. Investor Relations website at http://investors.nike.com following the call.

NIKE, Inc. management will host a conference call beginning at approximately 2:00 p.m. PT on December 20, 2016, to review fiscal second quarter results. The conference call will be broadcast live over the Internet and can be accessed at http://investors.NIKE.com. For those unable to listen to the live broadcast, an archived version will be available at the same location through 9:00 p.m. PT, December 27, 2016.