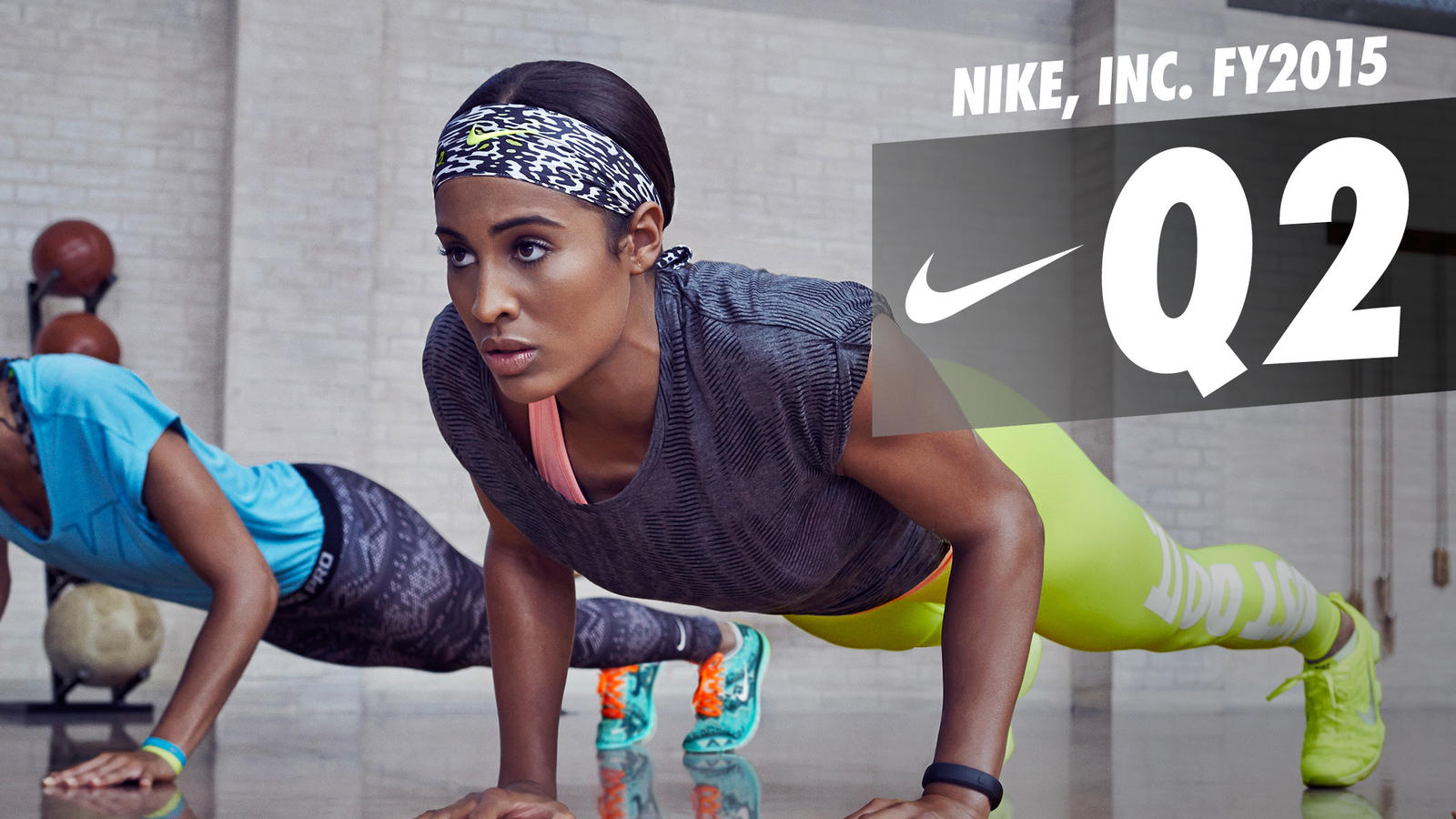 “Our strong second quarter results once again demonstrate Nike is a growth company,” said Mark Parker, President and CEO of NIKE, Inc. “The power of our portfolio continues to unlock growth, as we keep a laser focus on our biggest opportunities. The breadth and depth of that portfolio has helped us consistently deliver strong results – quarter after quarter, year after year.”*

Revenues for NIKE, Inc. increased 15 percent to $7.4 billion, up 18 percent on a currency neutral basis.

Revenues for the NIKE Brand were $7 billion, up 17 percent on a currency neutral basis, with growth in every product type, geography and key category, except Golf.

Revenues for Converse were $434 million, up 24 percent on a currency neutral basis, driven by continuing growth in existing direct distribution markets as well as market conversions in Europe and Asia.

Gross margin increased 120 basis points to 45.1 percent. The increase was primarily attributable to a shift in mix to higher margin products, continued growth in the higher-margin Direct-to-Consumer (DTC) business and a modest benefit from foreign exchange. These positive factors were partially offset by higher product input costs.

Selling and administrative expense increased 17 percent to $2.4 billion. Demand creation expense was $766 million, up 11 percent versus the prior year, driven by marketing support for new product launches, digital brand marketing and consumer events. Operating overhead expense increased 19 percent to $1.7 billion, reflecting growth in the DTC business, as well as investments in operational infrastructure and digital capabilities and engagement.

Other expense, net was $2 million composed primarily of foreign exchange losses, partially offset by other non-operating items. For the quarter, the Company estimates the year-over-year change in foreign currency related gains and losses included in other expense, net combined with the impact of changes in currency exchange rates on the translation of foreign currency-denominated profits, decreased pretax income by approximately $39 million.

The effective tax rate was 25.4 percent, a 20 basis point increase primarily due to adjustments to tax expense on intercompany transactions and the benefit realized in the prior period from the U.S. Research and Development tax credit. These factors were partially offset by an increase in earnings from operations outside the U.S., which are generally subject to a lower tax rate, and the resolution of tax audits across multiple jurisdictions.

Inventories for NIKE, Inc. were $4.2 billion, up 11 percent from Nov. 30, 2013, driven by a 9 percent increase in Nike Brand wholesale inventories as well as higher inventories associated with growth in DTC and Converse. Nike Brand wholesale inventories were higher due to a 14 percent increase in units, while changes in the average product cost per unit, combined with the impact of changes in foreign currency exchange rates, decreased growth by approximately 5 percentage points.

Cash and short-term investments were $4.7 billion, $474 million lower than last year as growth in net income and collateral received from counterparties to foreign currency hedging instruments was more than offset by share repurchases, higher dividends and investments in working capital.

During the second quarter, NIKE, Inc. repurchased a total of 5.1 million shares for approximately $425 million as part of the four-year, $8 billion program approved by the Board of Directors in September 2012. As of the end of the second quarter, a total of 67.6 million shares had been repurchased under this program for $4.7 billion, an average cost of approximately $68.96 per share.

As of the end of the quarter, worldwide futures orders for NIKE Brand athletic footwear and apparel scheduled for delivery from December 2014 through April 2015 were 7 percent higher than orders reported for the same period last year. Excluding currency changes, reported orders would have increased 11 percent.*

Nike management will host a conference call beginning at approximately 2 p.m. PT on Dec. 18, 2014 to review second quarter results. The conference call will be broadcast live over the Internet and can be accessed at investors.nike.com. For those unable to listen to the live broadcast, an archived version will be available at the same location through 9 p.m. PT, Dec. 25, 2014.