A Visual History of the Nike Hyperdunk

The Nike Hyperdunk made an entrance in 2008 that was inextricably tied to time, place and spectacle. Its viral debut by Kobe Bryant, its appearance in Beijing and its proliferation in the last decade combined to deliver on a futuristic premise that less can be more — and then some.

Take a look at the illustrated chronology of what's widely known as the signature shoe of Nike Basketball.

Nike's NXT develops Flywire in the early 2000s. One of its founding inspirations: the cables from suspension bridges 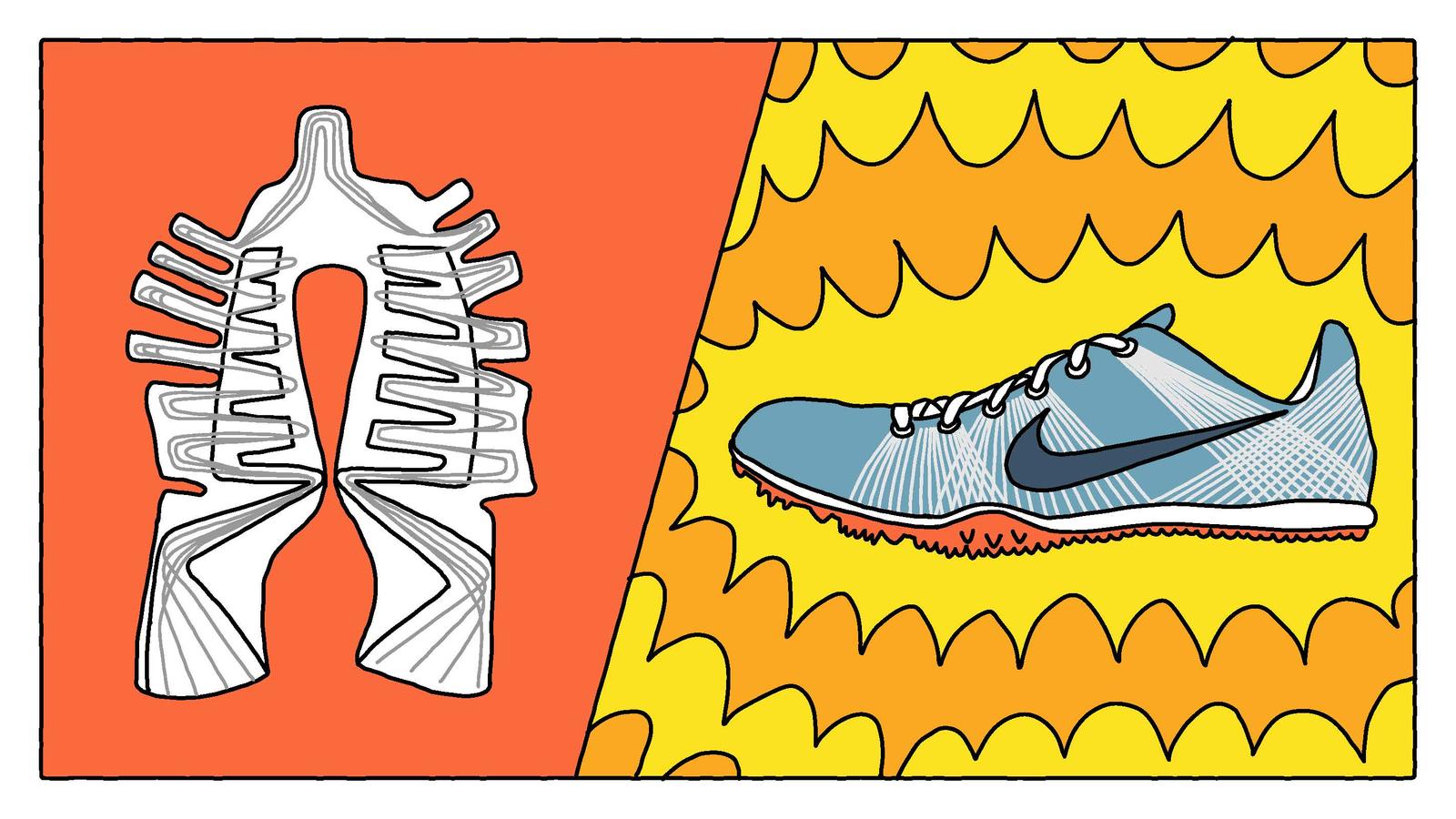 That lightweight support was incoporated into a new silhouette, the Nike Hyperdunk 2008, which went viral with the help of Kobe Bryant and a speeding sports car 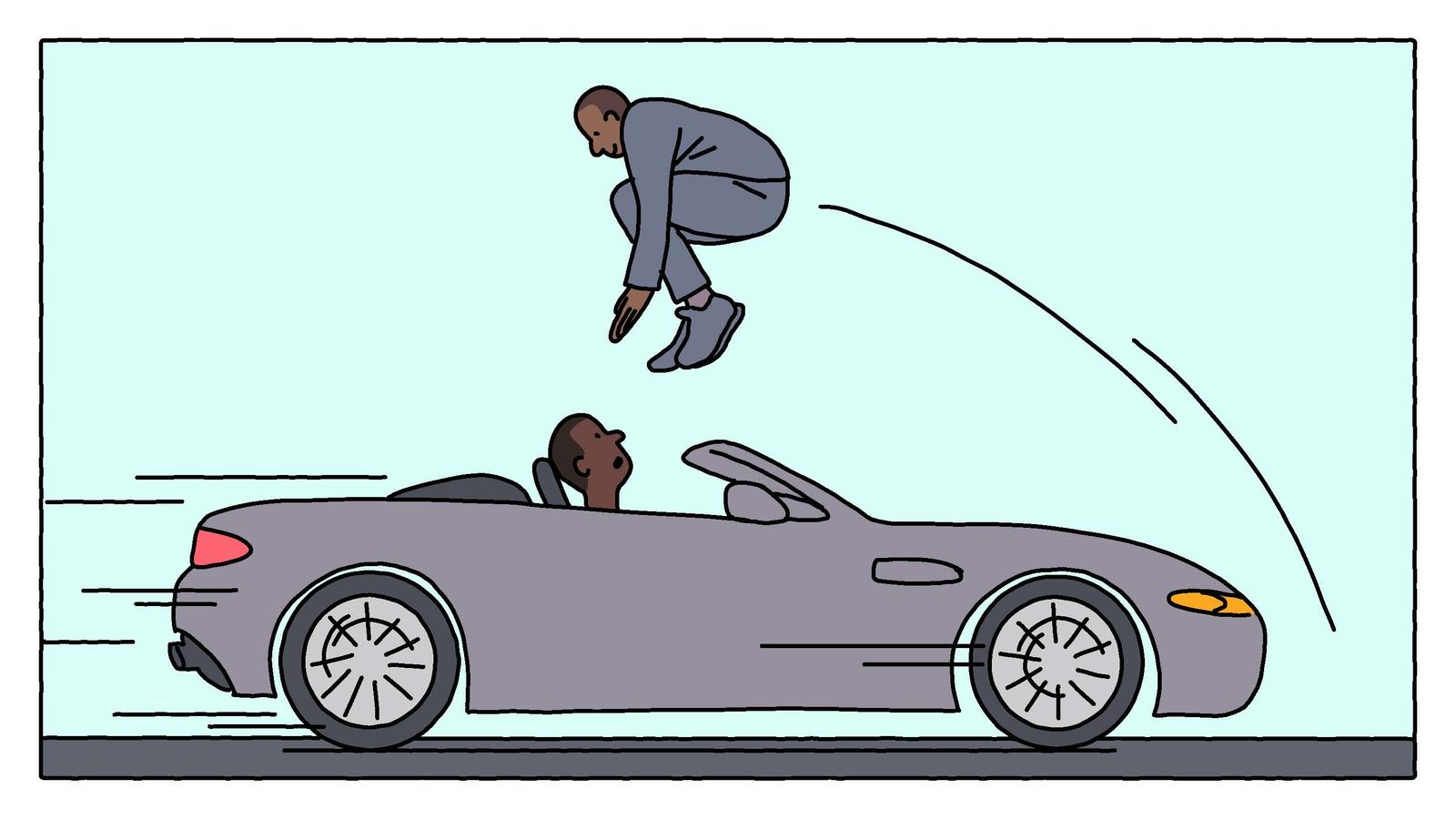 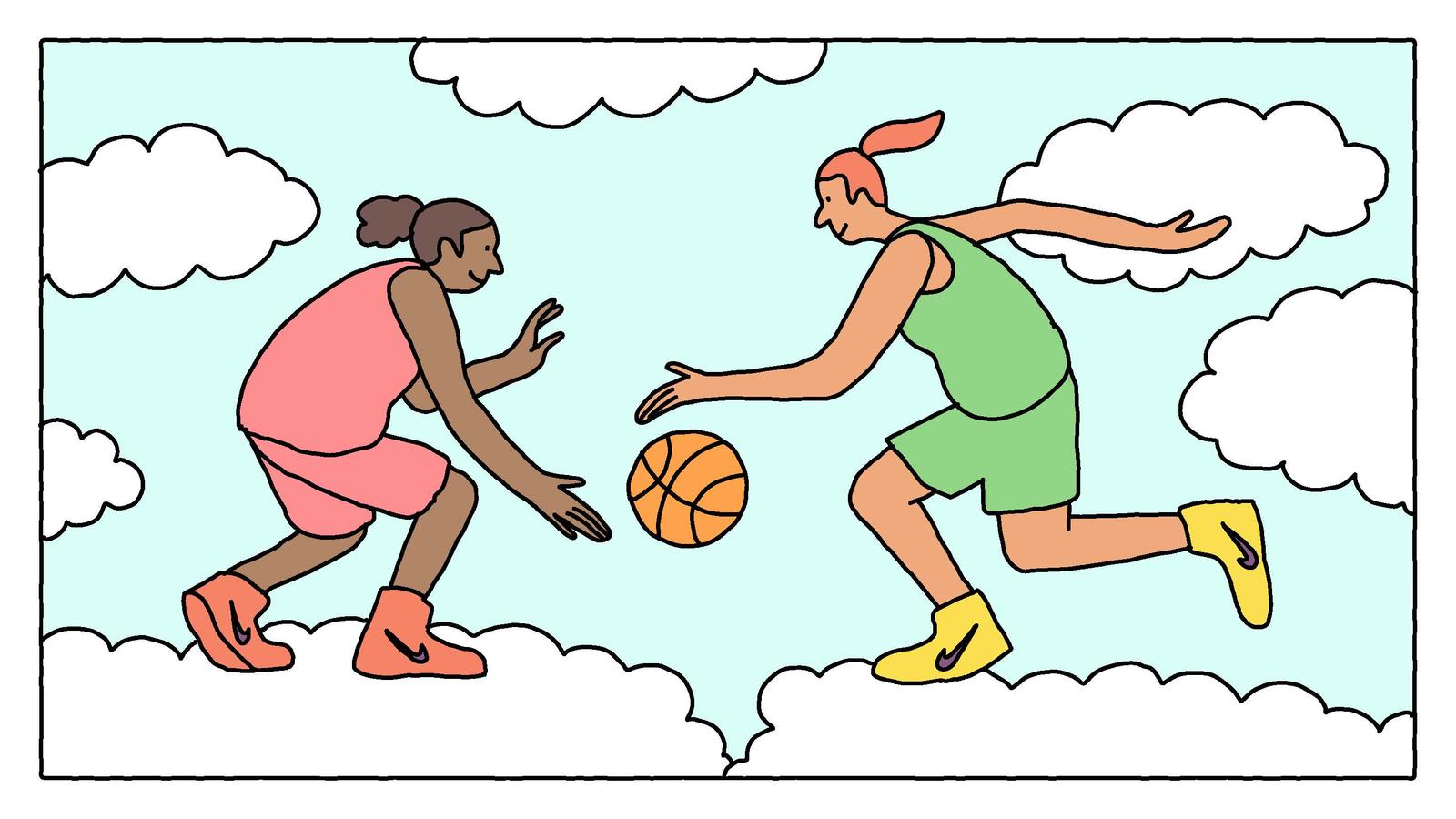 The Hyperdunk 2008 United We Rise appeared on the podium in Beijing after the United States Men's and Women's National Team won gold, expanding the shoe's international reach 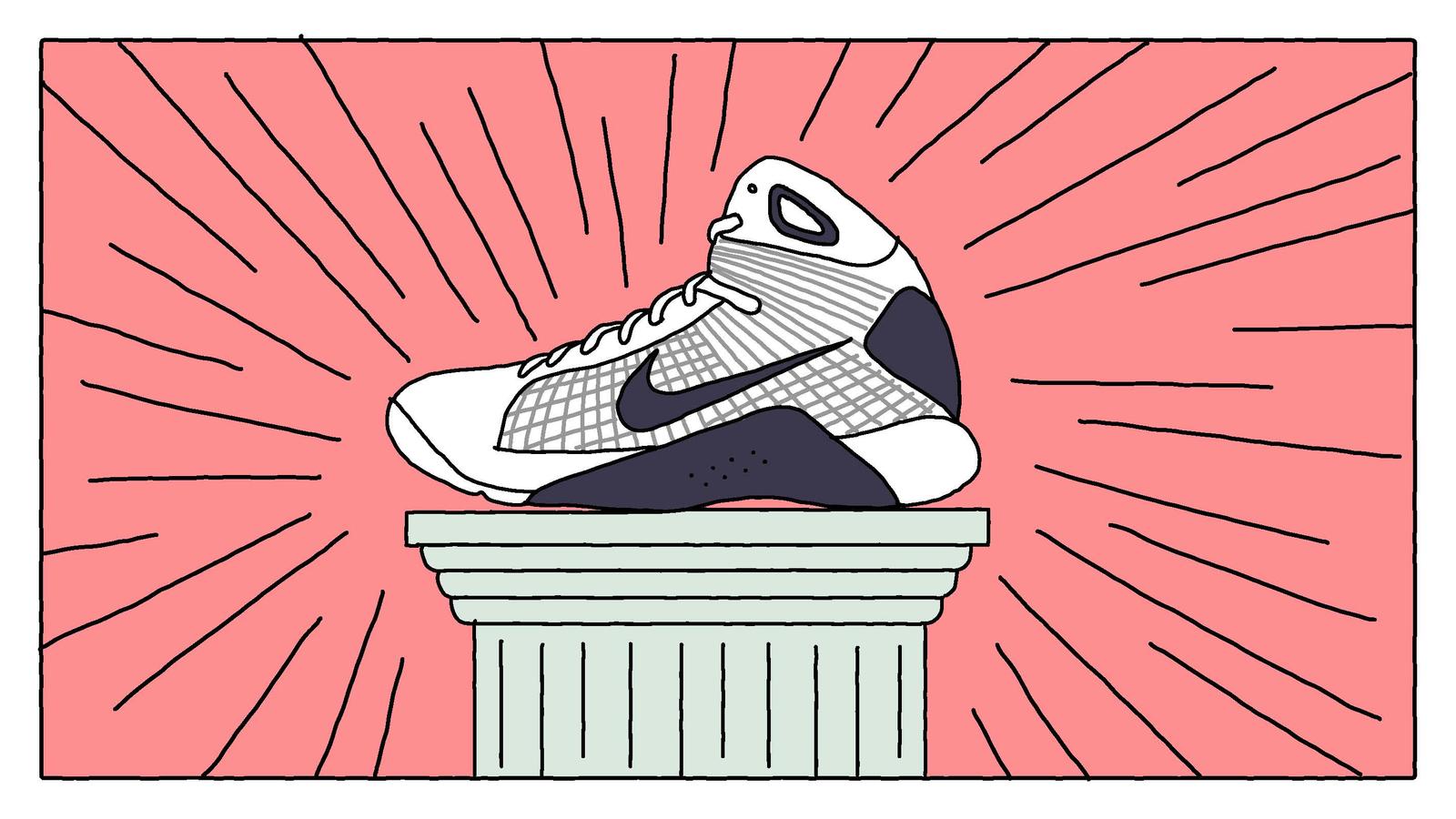 Moving forward, the shoe would adopt an evolving, iterative philosophy, seen in the designs for the Hyperdunk 2010, the follow-up to the original model; the Zoom Hyperdunk 2011, even more lightweight than its predecessor; and the Hyperdunk 2015, with cues taken from the NIKE MAG 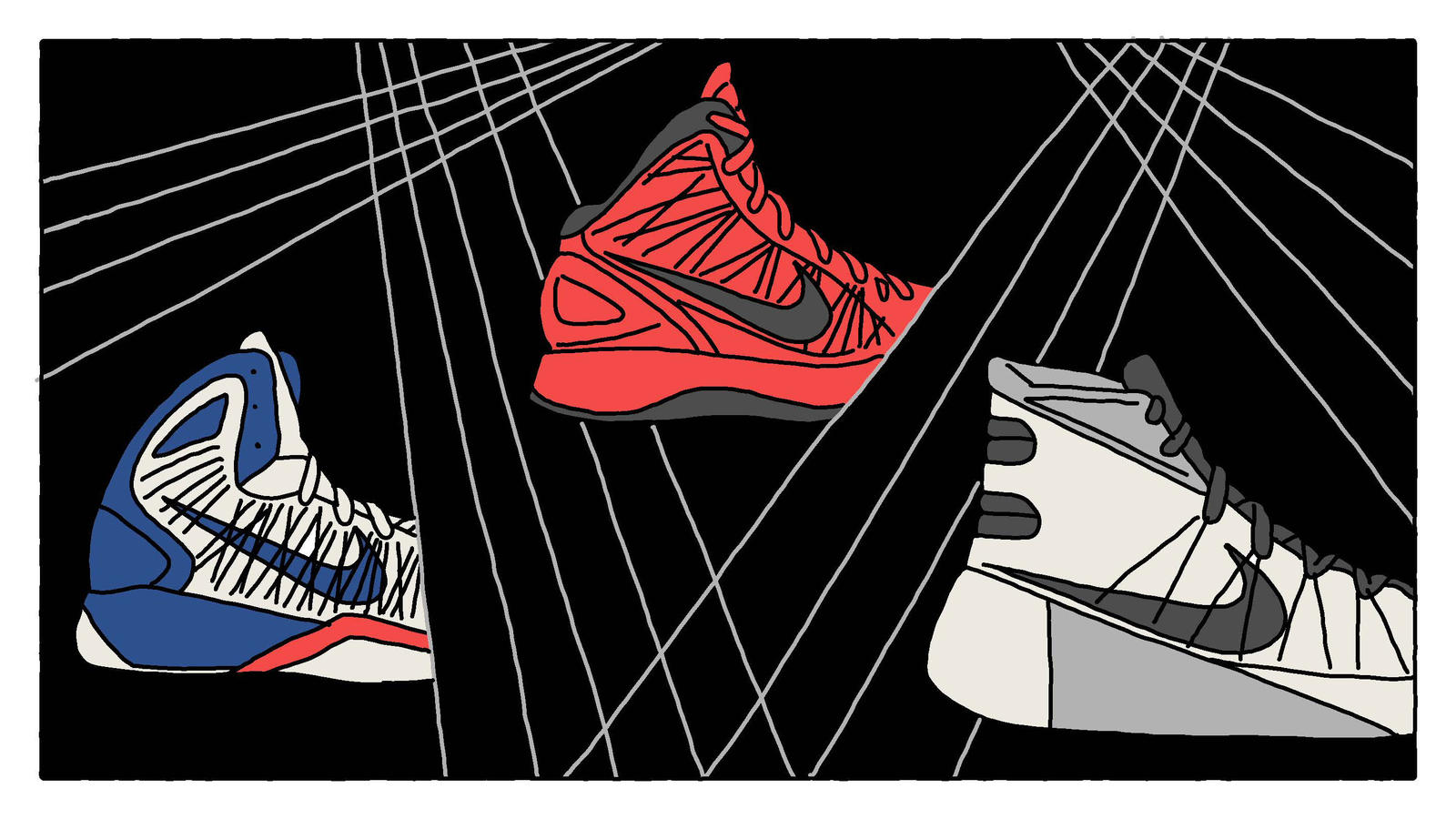 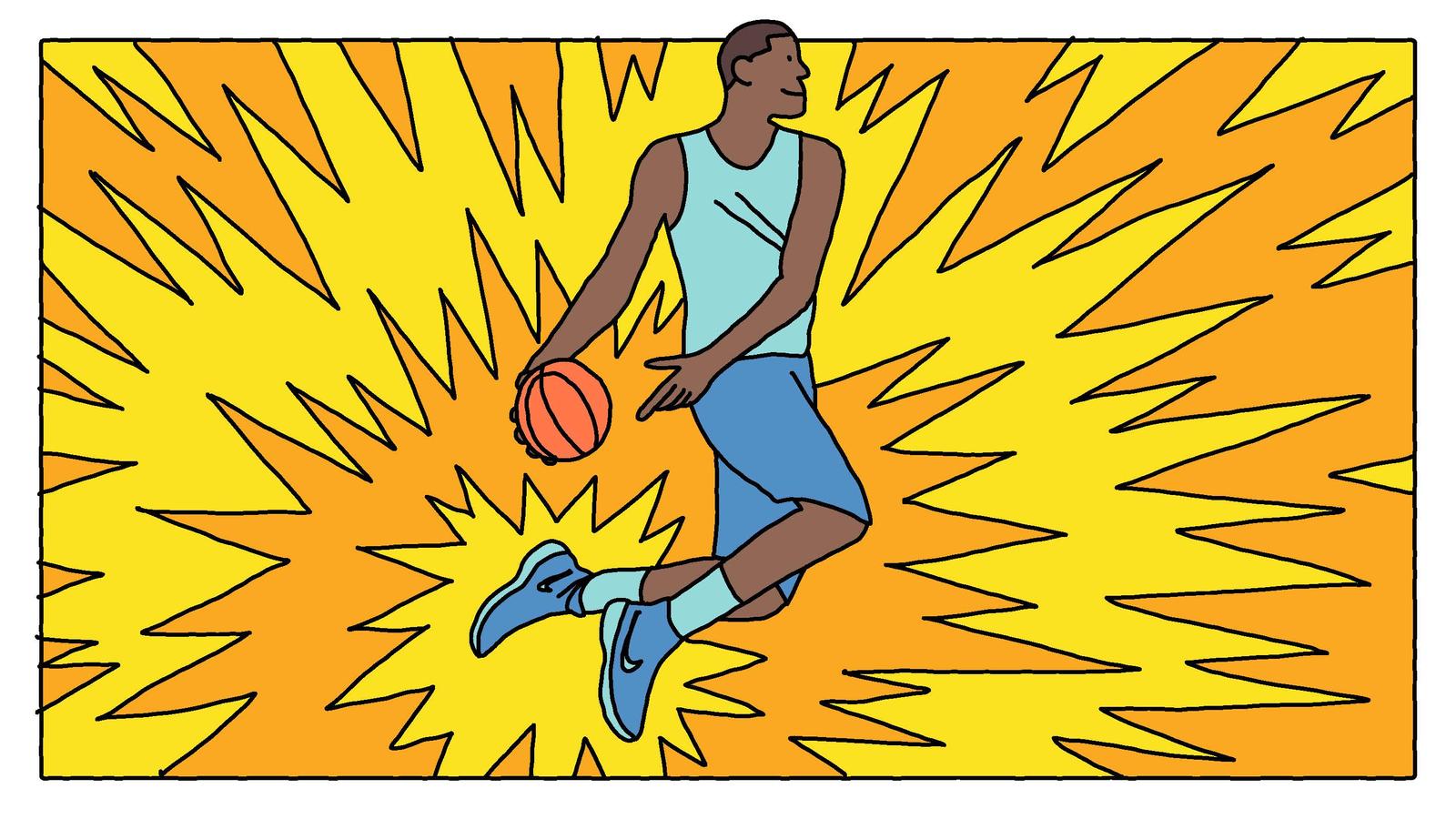 The Hyperdunk 2016 explored a holistic view of the athlete: seeing the basketball shoe as an extension of the foot and, hence, the player's body 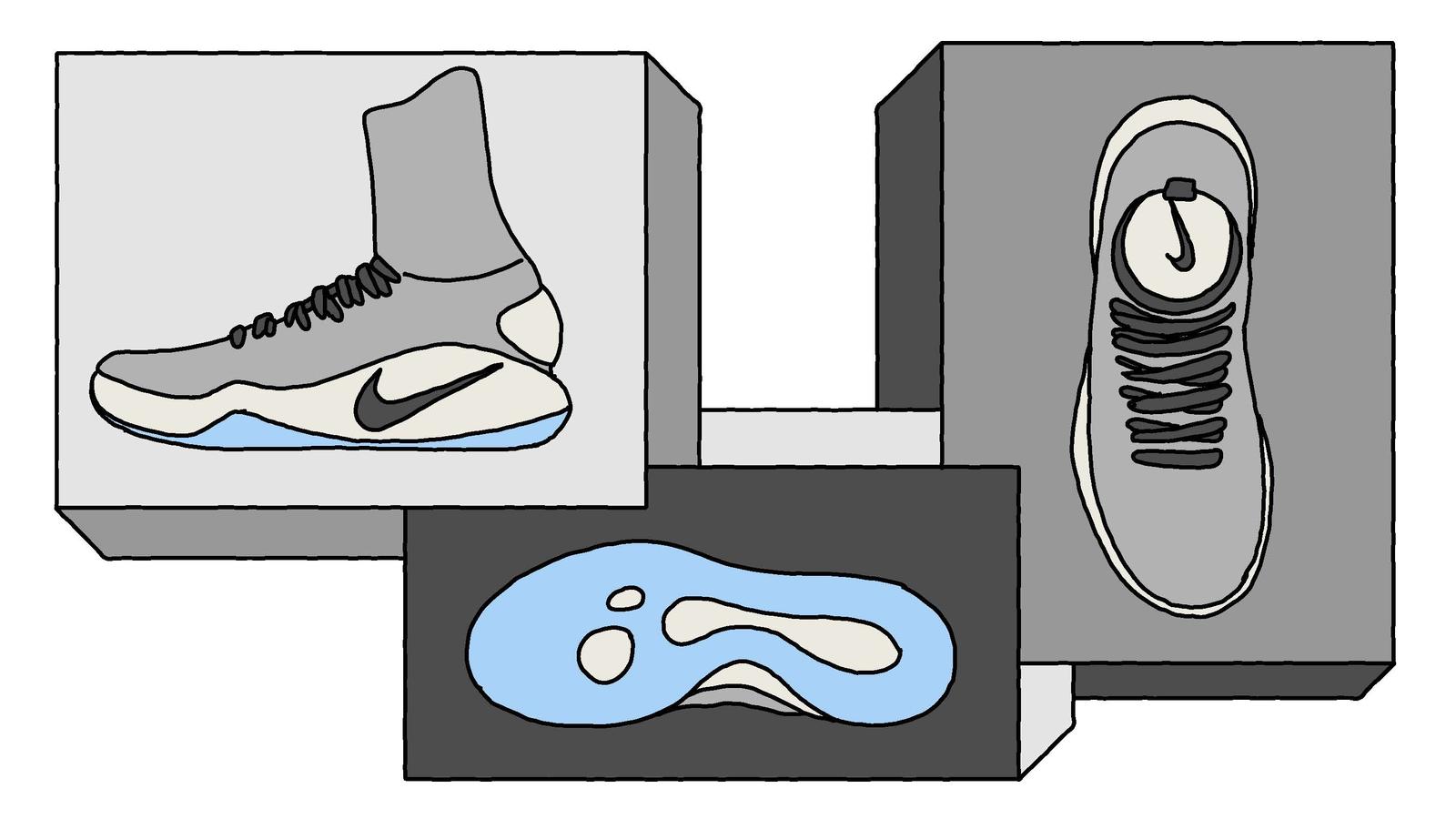 How could the Hyperdunk's innovation be paired with other proprietary technology? The Nike React Hyperdunk 2017 Flyknit brought the wild energy return and comfy ride of Nike React Foam. 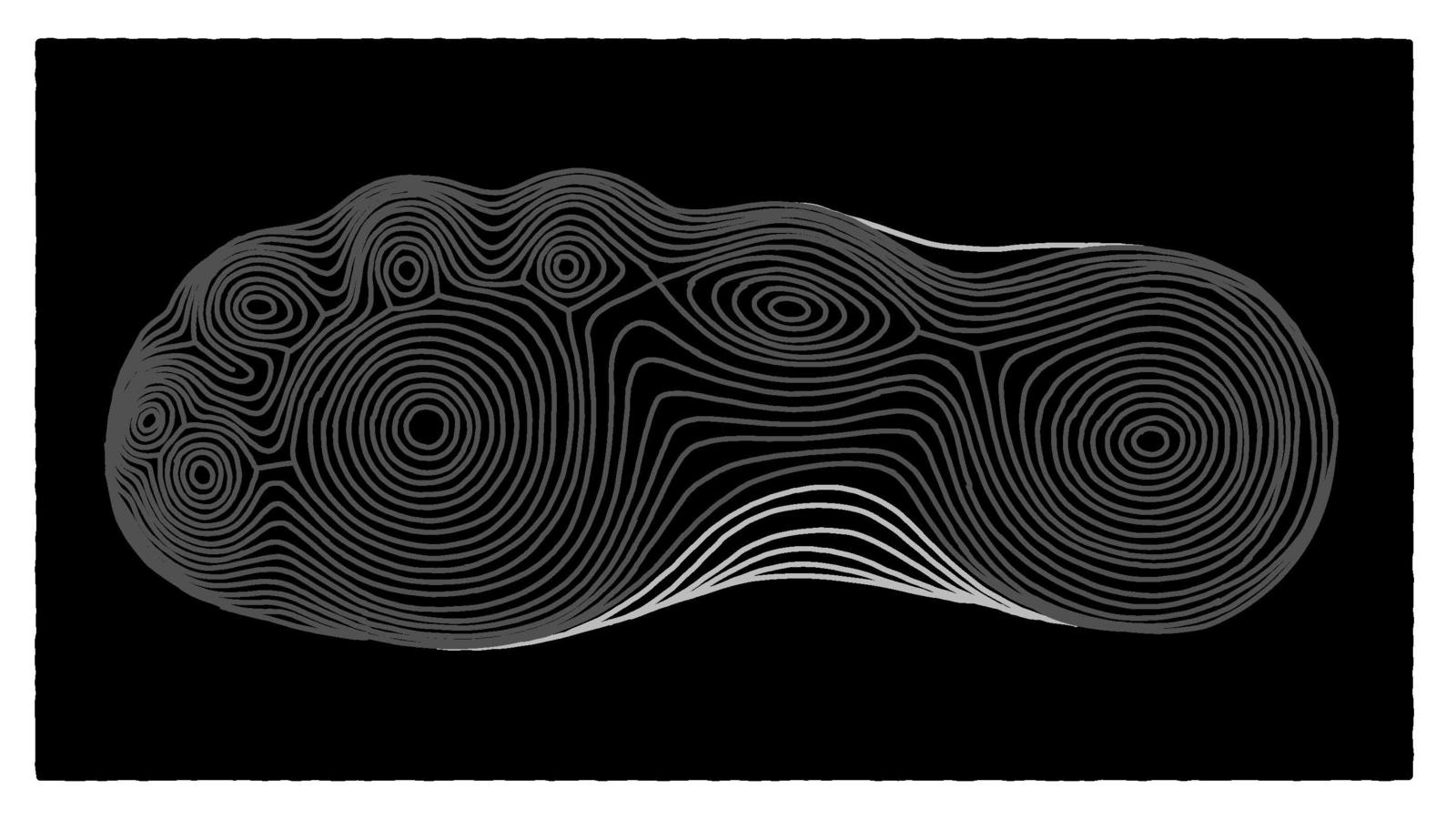 Packs would give the Hyperdunk a local flair, such as the 2014 City Pack including the Los Angeles and Chicago Hyperdunks, and the 2017 HyperFam collection with the Hyperdunk Low Madrid and Manilla versions... 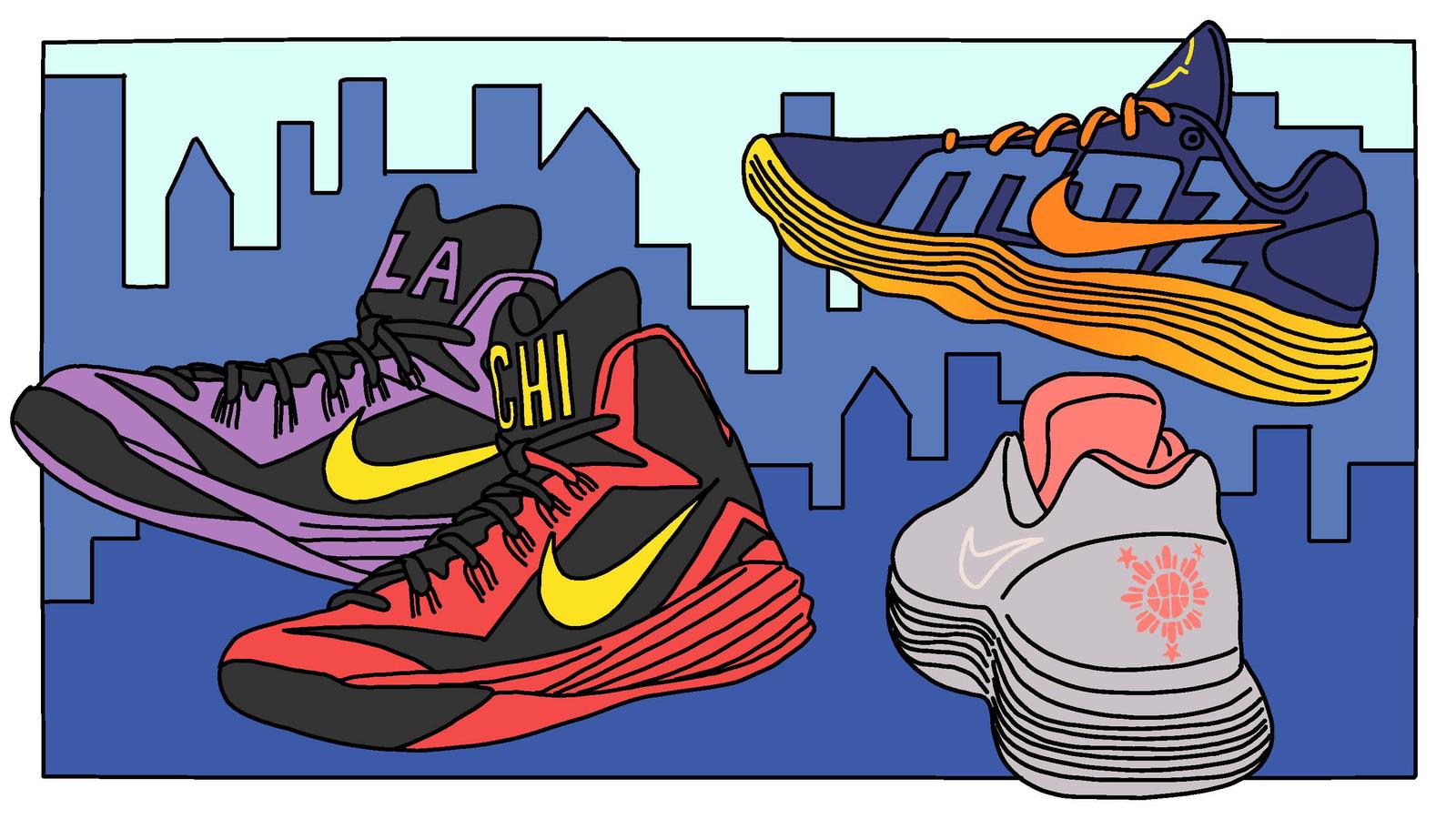 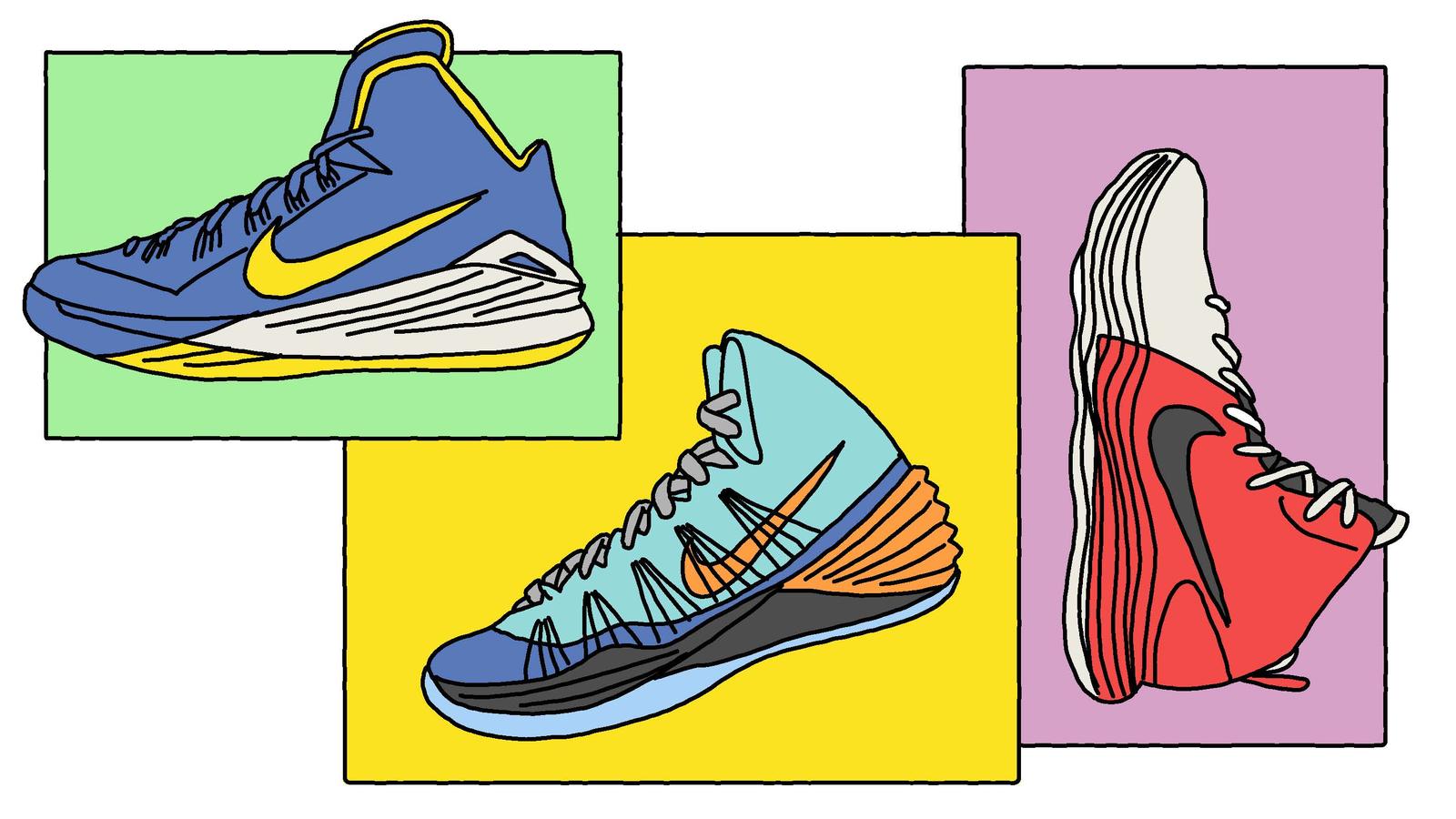 The Hyperdunk's mutability means nearly endless possibilities for special editions. Versions like the Nike Hyperdunk UNDFTD SP and the OFF-WHITE x React Hyperdunk 2017 would further cement the Hyperdunk as a streetwear icon 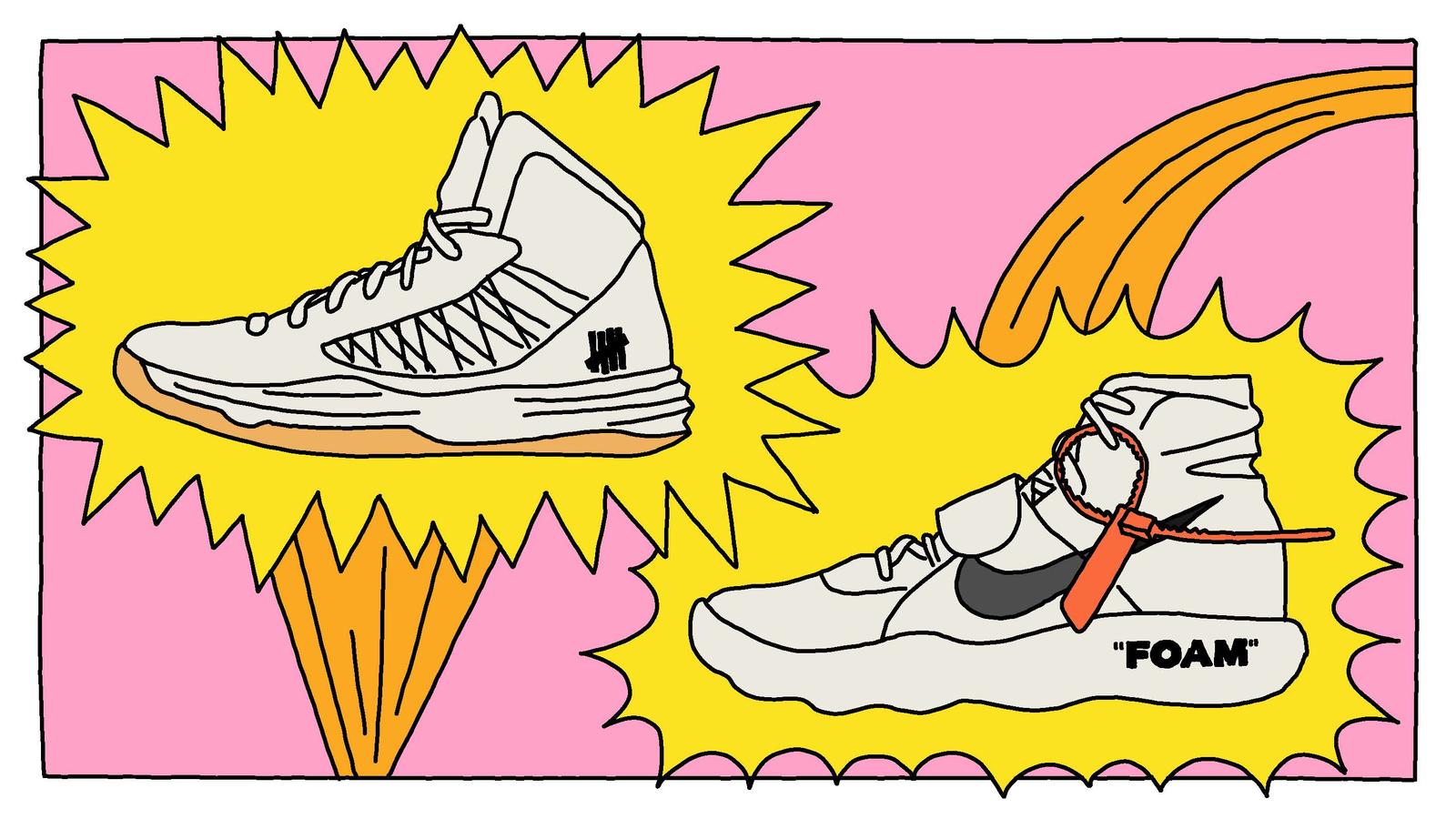 The Nike AlphaDunk, a direct descendent of the Hyperdunk, marks a new chapter for Nike Basketball 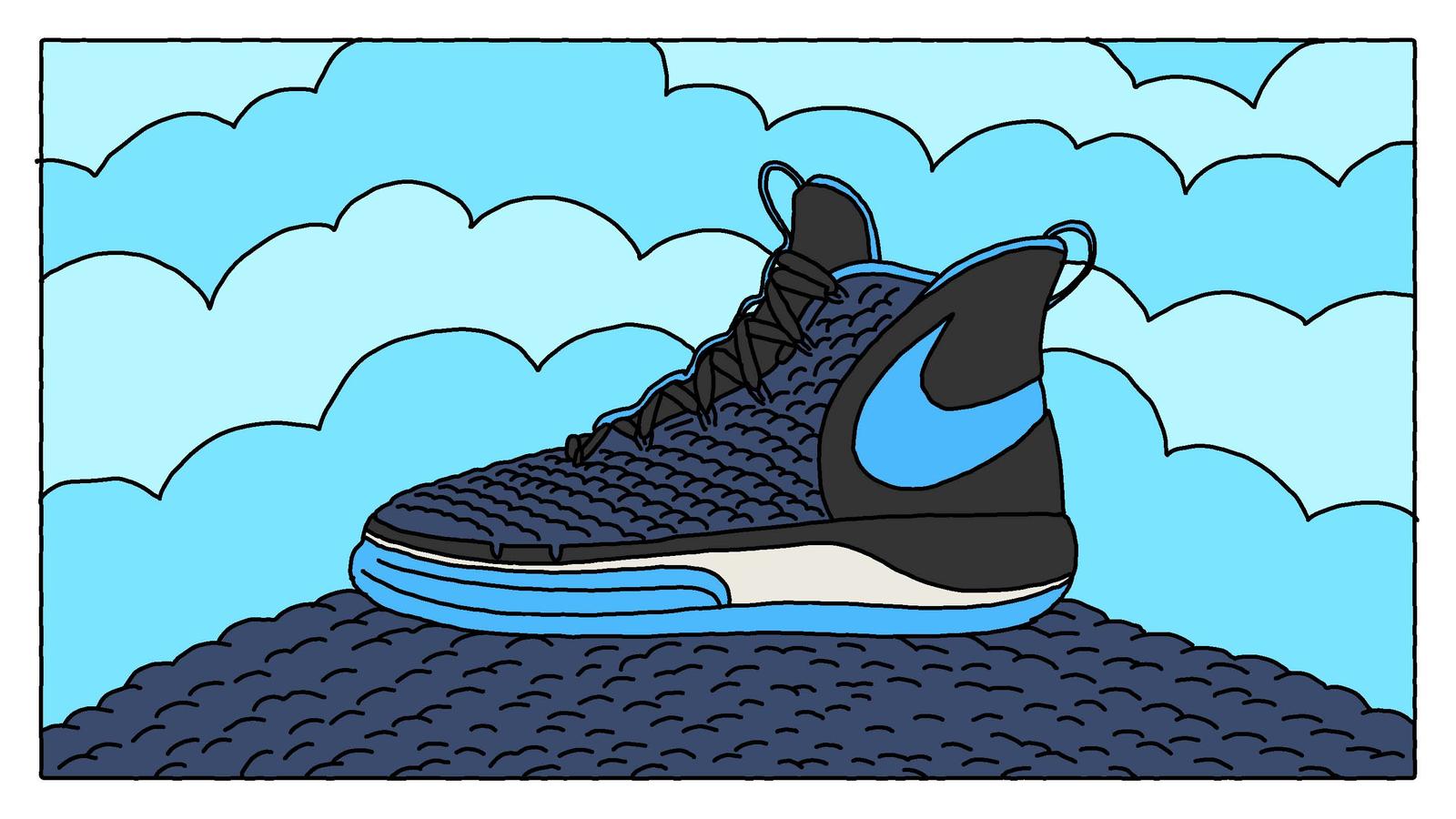