Today, gold medalist and world record holder Liu Xiang announced his retirement, closing the book on a storied career. During the course of Liu’s time on the track, he captured the imagination of track and field fans around the globe and proved that perseverance can lead to incredible success. 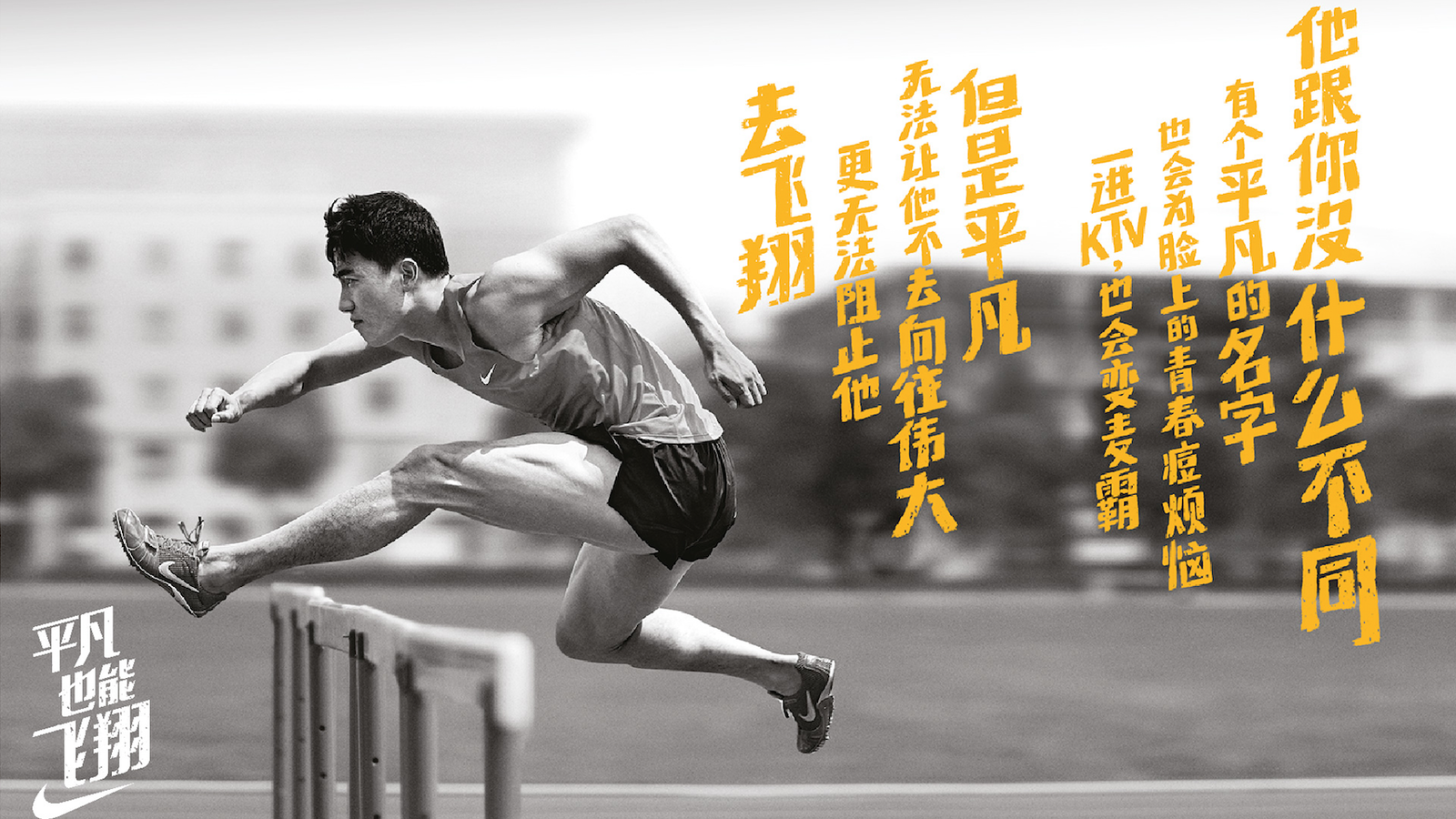 After winning gold in 2004, Liu went on to break the world record in 2006 with a time of 12.88 seconds. Even after faltering in 2008 due to injury, Liu displayed determination through a series of dramatic comebacks that saw him regain his world-leading marks toward the end of his career. A true national hero, he is the first Chinese athlete to achieve the "triple crown" of athletics: world record holder, world champion and Olympic champion. Liu proved to the world that he was a force to be reckoned with and put track and field in China on the map.

Nike pays tribute to Liu’s incredible accomplishments with the brand campaign #EvenTheOrdinaryCanFly, showing how a seemingly ordinary person achieves the extraordinary.The campaign captures Liu’s pioneering spirit and aims to inspire a future generation of runners to believe in themselves, push beyond their limits and dream big.

#EvenTheOrdinaryCanFly explores the individual traits of a person that add up to something greater when channeled and focused on a goal. 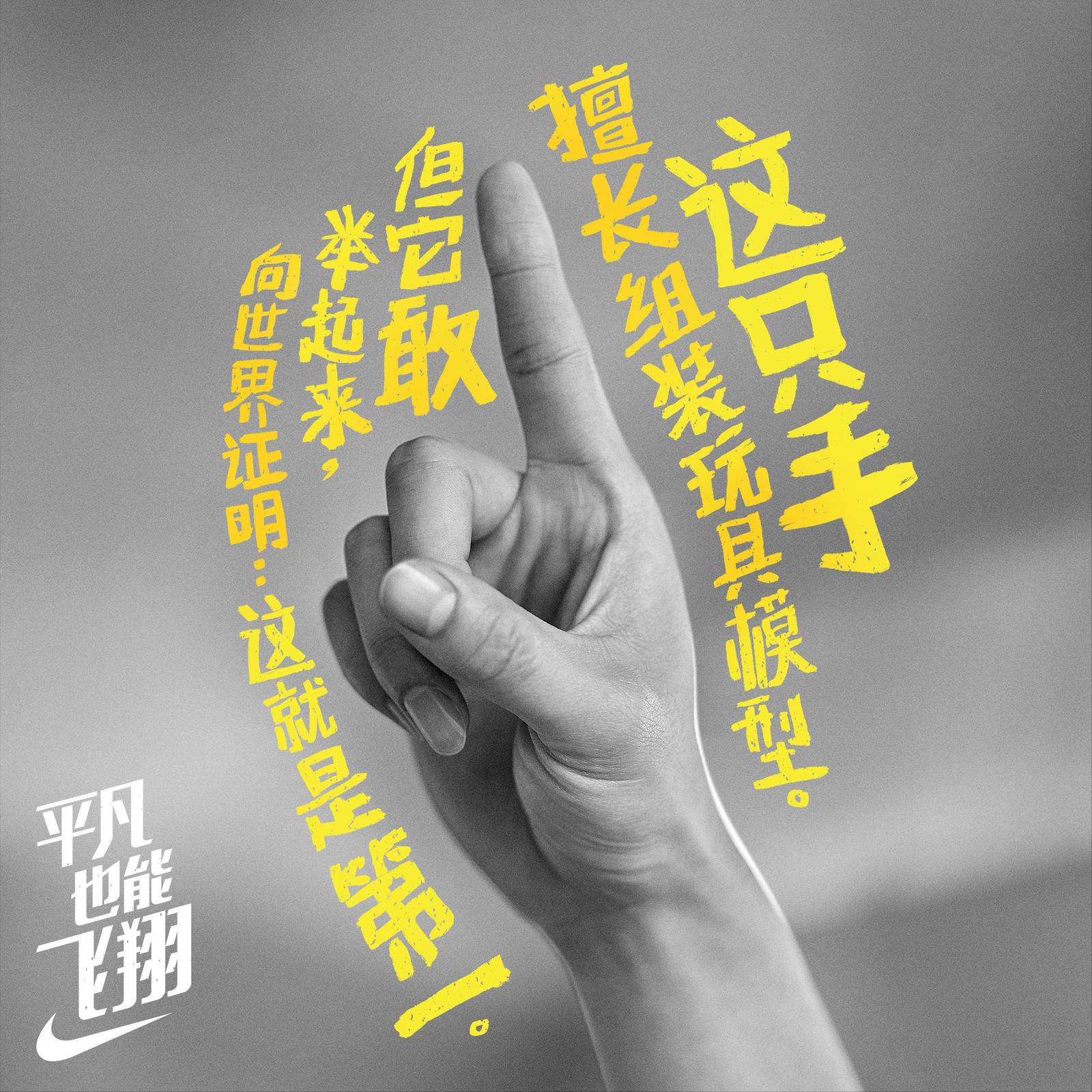 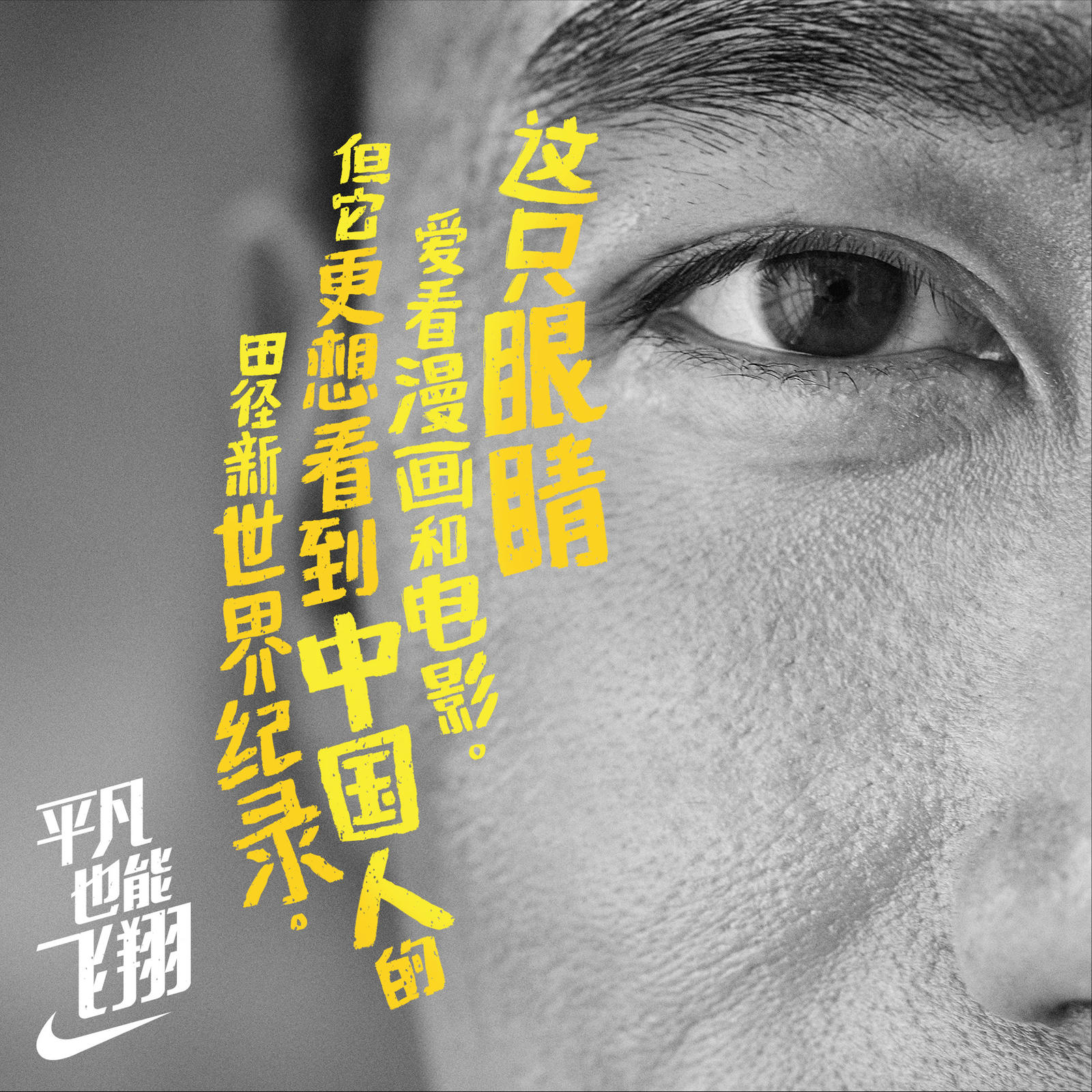 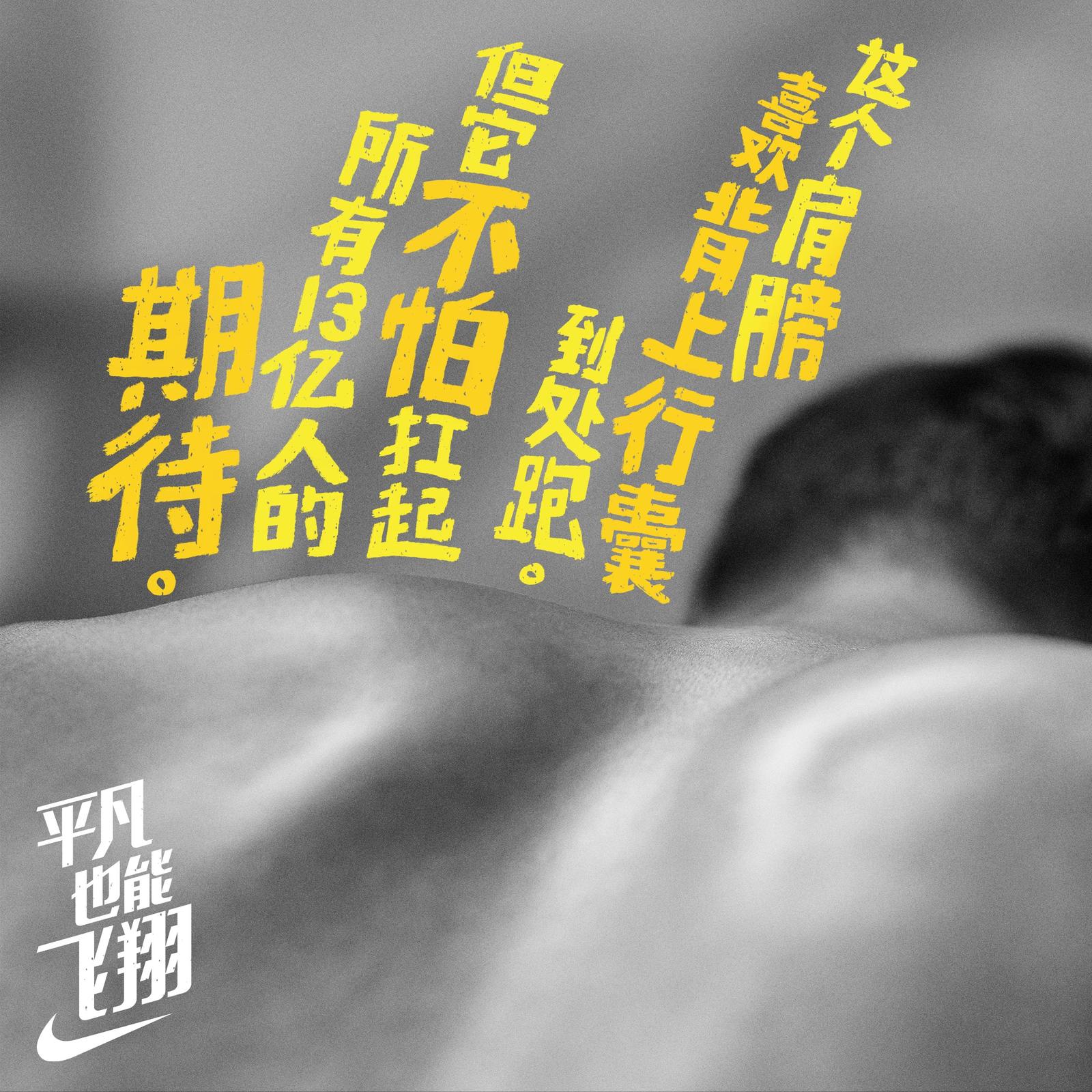 By believing in himself Liu became one of the best hurdlers in the world and forever changed the sport in China. Liu showed that, with strong will and determination, ordinary can become extraordinary and anyone can fly.

Liu once said, "Everyone is born ordinary. But you can unleash inner potential if you dedicate yourself to your favorite sports, keep your faith, keep trying and work hard all the way. It is also true in life that you are able to find your own stage as long as you keep your passion, enjoy the process and keep going forward.

"I hope that everyone longs for greatness and aims higher. When you have the belief that you can reach somewhere higher, you will find your skies wider." — Liu Xiang 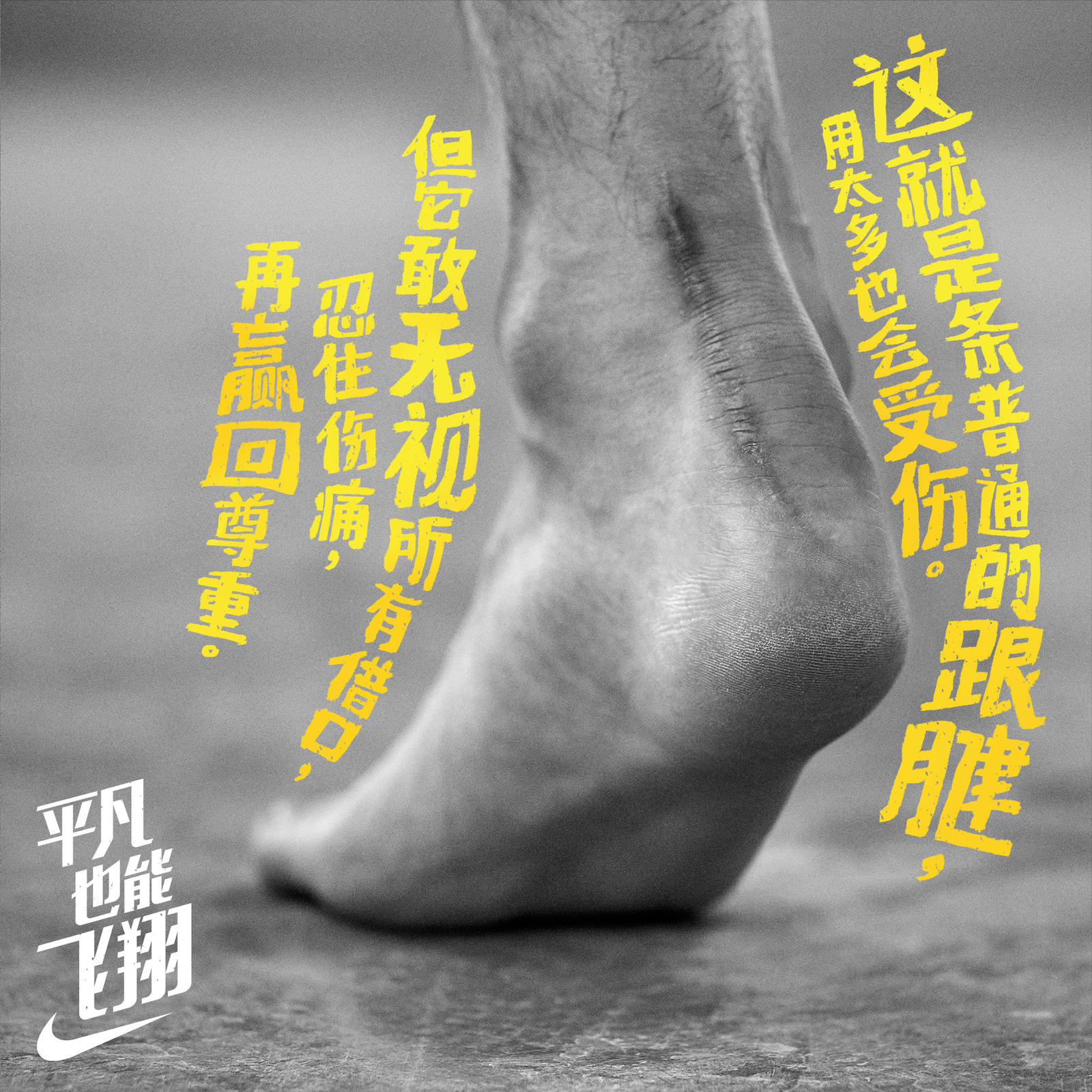 This Achilles tendon is just like yours – too much use and it breaks. But it makes no excuses, suffers injury and recovery, and comes back for another victory.

Nike’s first collaboration with Liu Xiang began in 2002. The brand and athlete have worked closely ever since, through both the highs and lows of Liu’s career. In November 2014, Nike named one of the office buildings at the NIKE, Inc. Greater China Headquarters in Shanghai after the track and field sensation in honor of their long-term relationship. Liu Xiang led the special event to unveil the building.

“I feel as if Nike has been like a family member to me, someone who has been there every step of the way.  This is a huge honor for my family and me that I will cherish greatly." Liu said.

The Making of 12.88 - Nike Honors Liu Xiang’s Career with #EvenTheOrdinaryCanFly

Even The Ordinary Can Fly

#EvenTheOrdinaryCanFly can be seen on Nike’s social channels in Greater China including the @Nike Sina Weibo account and the Nike+ Run Club WeChat account. The campaign features a series of interactive images as well as a short film called “the Making of 12.88” as a tribute to Liu Xiang --- the ordinary man who changed the world in an extraordinary way.