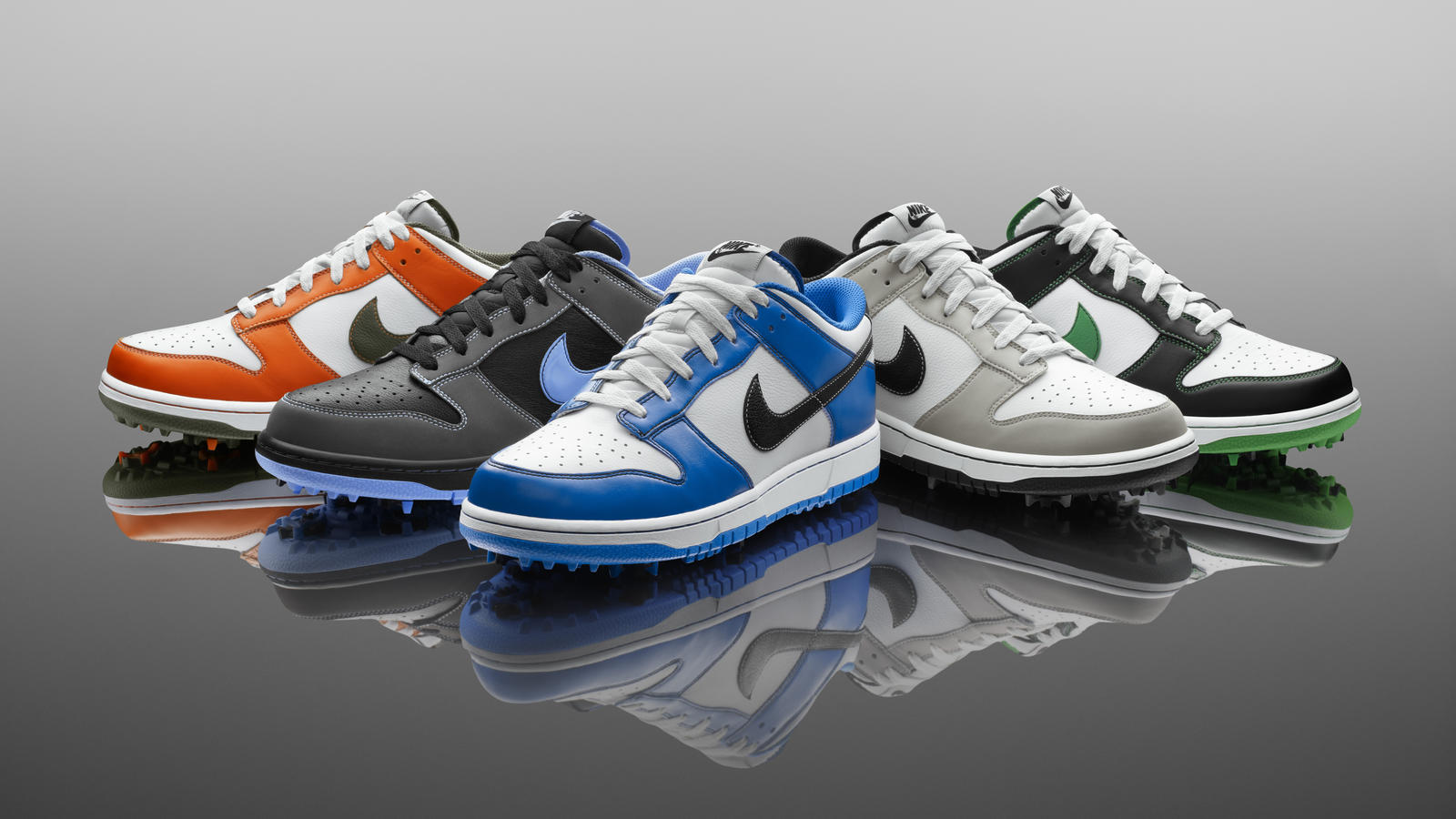 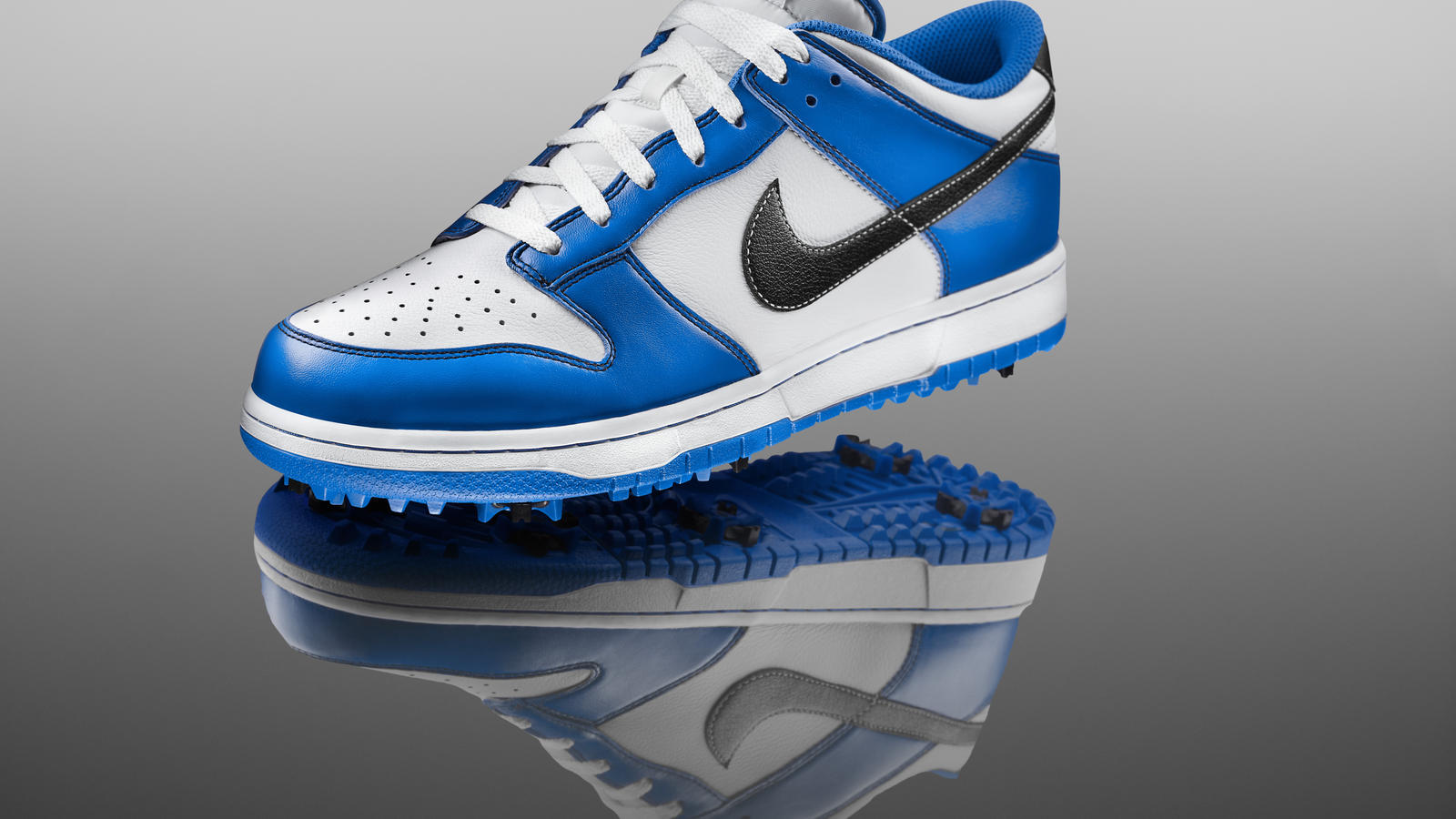 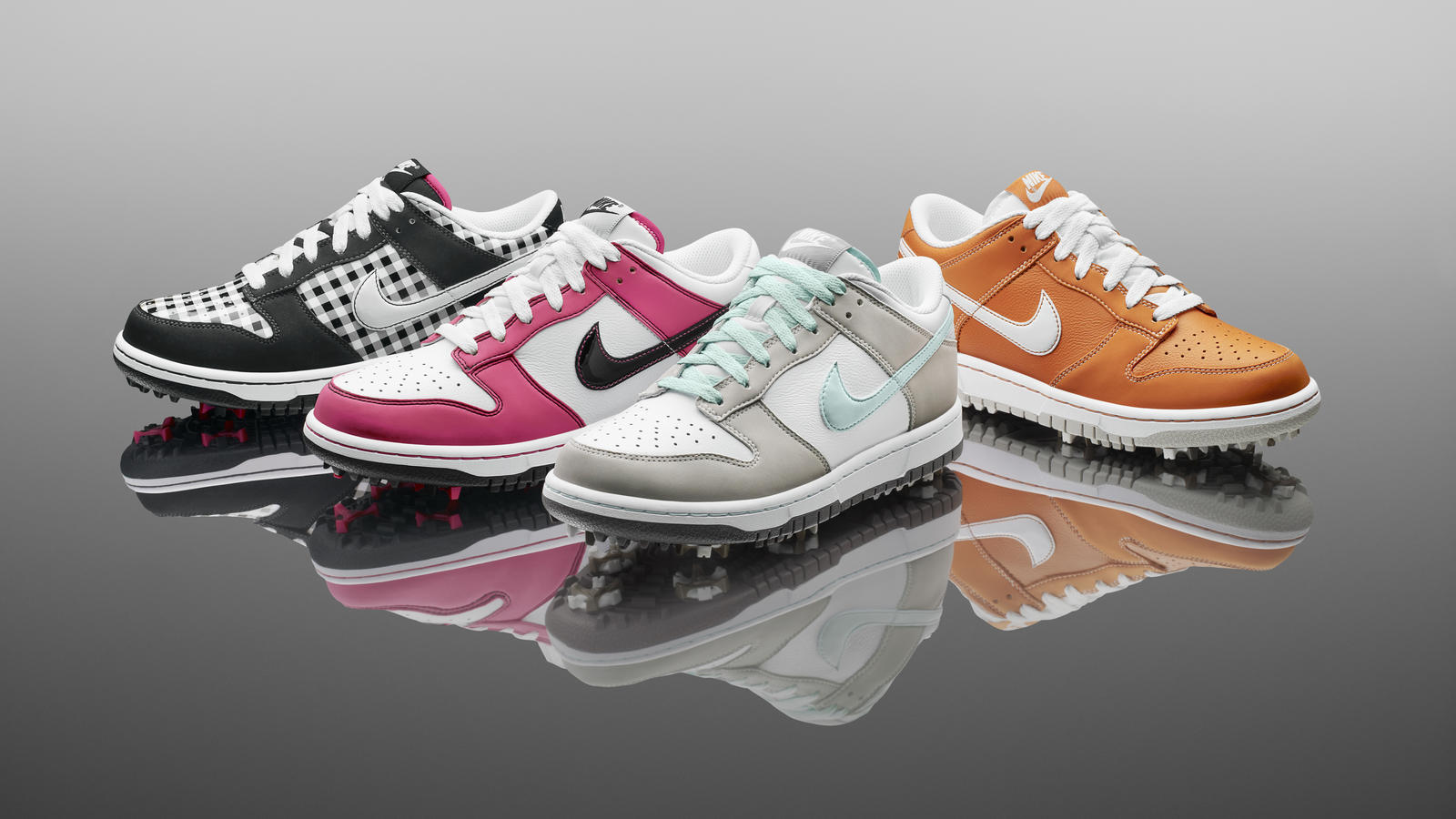 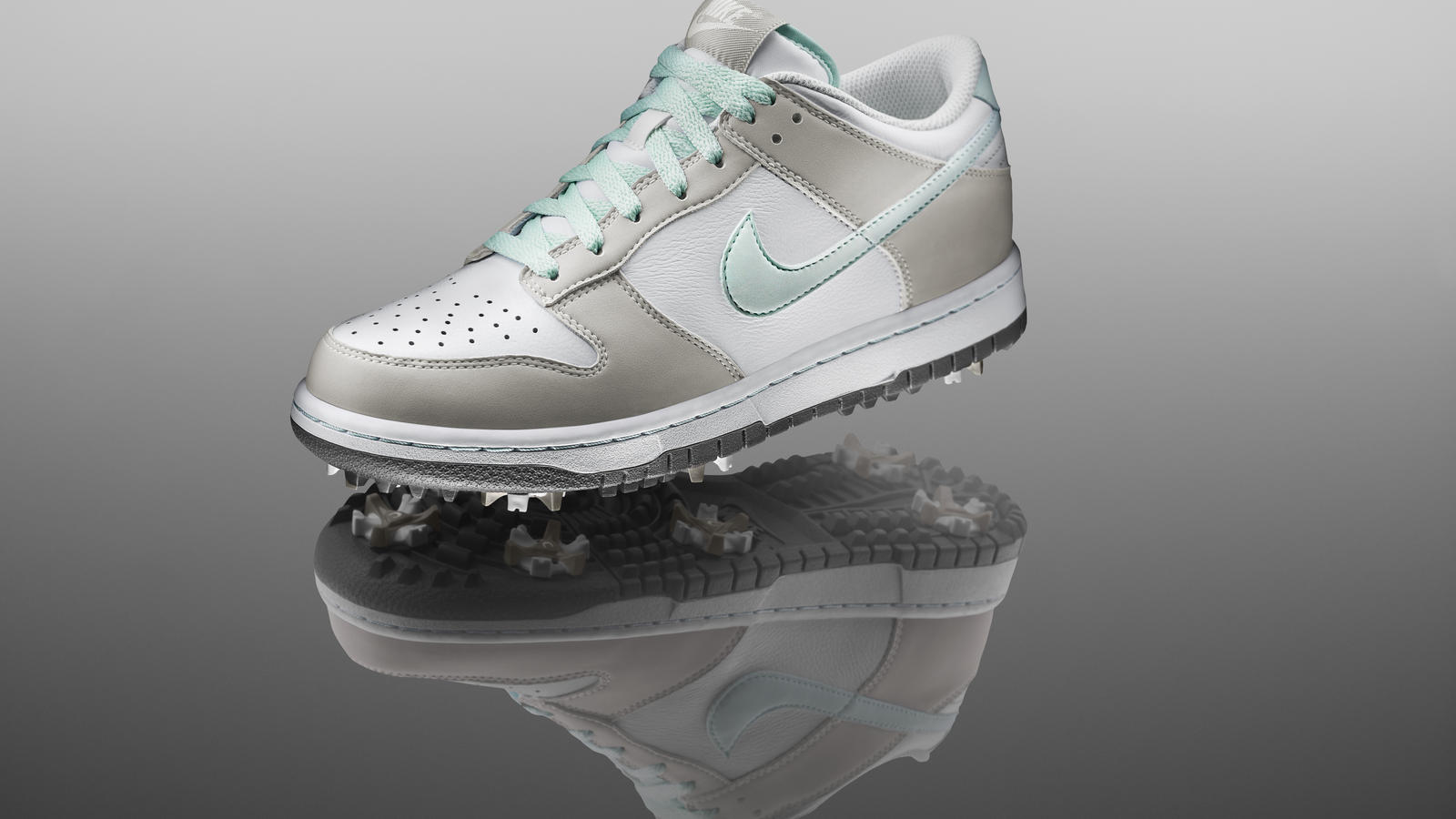 BEAVERTON, Ore. (August 23, 2011) – There will be a familiar iconic shoe showing up on the feet of Nike Athletes Michelle Wie and Anthony Kim.  Both young athletes will be sporting the new Nike Dunk (NG) Golf shoe. Wie will debut the colorful shoes at this week’s Women’s Canadian Open and Kim will wear them in the coming weeks on the PGA Tour.     A Nike brand franchise with a wide appeal, the Dunk has history, heritage, and a consumer cultural connection that Nike Golf respects and celebrates.  The new Nike Dunk NG, which inspires individuality and personal expression, is now available for golfers starting January 1, 2012.   Staying true to the original Nike Dunk which was created 25 years ago, Nike Golf has kept the original last to ensure that the Nike Dunk NG feels just the same as the Dunks that people have grown to love without compromising performance for golf.  With golf specific spikes on the outsole and golf specific waterproof leather, the Nike Dunk has been transformed to perform on the course.   Keeping in line with the strong personality and attitude of the Nike Dunk, the Nike Dunk NG allows athletes to show their true colors on the course.  The energy of Soar Blue, Safety Orange, Court Green for men and Spark, Orange Glow and Mint for women allow consumers to have a bold, athletic look while coordinating with the apparel from the Nike Golf Sport Collection.     The Nike Dunk NG comes with two sets of shoelaces, allowing athletes to either accentuate the bright color of the shoe or to opt for traditional white.  With full-grain waterproof leather, the Nike Dunk NG can battle the elements of poor weather conditions.  The Scorpion Stinger Spikes ensure that traction is not an issue for the Nike Dunk NG.     A TOUCH OF NIKE DUNK HISTORY The original Nike Dunk was created as a basketball shoe in 1985.  After it was introduced to the world, the Nike Dunk started a commotion when basketball teams began wearing them to match their uniforms.  New to the scene and already making a lasting impression, the Nike Dunks enjoyed a widespread following and massive popularity almost instantly. This new expression of style lasted through the years and Dunks have become the prized shoes for sneakerheads as well as fashion statements for anyone looking to add vintage style to their shoe collection. Now the Nike Dunk enters golf.     Key Features:

Located in Beaverton, Oregon, Nike Golf designs and markets golf equipment, apparel, balls, footwear, bags and accessories worldwide. Nike Golf is passionately dedicated to ushering in the future of this great game by developing ground-breaking innovations that enable athletes to perform at their physical and mental peak.  For more information on Nike Golf, visit our Web site at www.nikegolf.com. To follow Nike Golf on Twitter visit www.twitter.com/nikegolf and go to www.facebook.com/nikegolf to become a fan on Facebook.  For international journalists, please contact Nike Golf's public relations representative in respective countries for information.