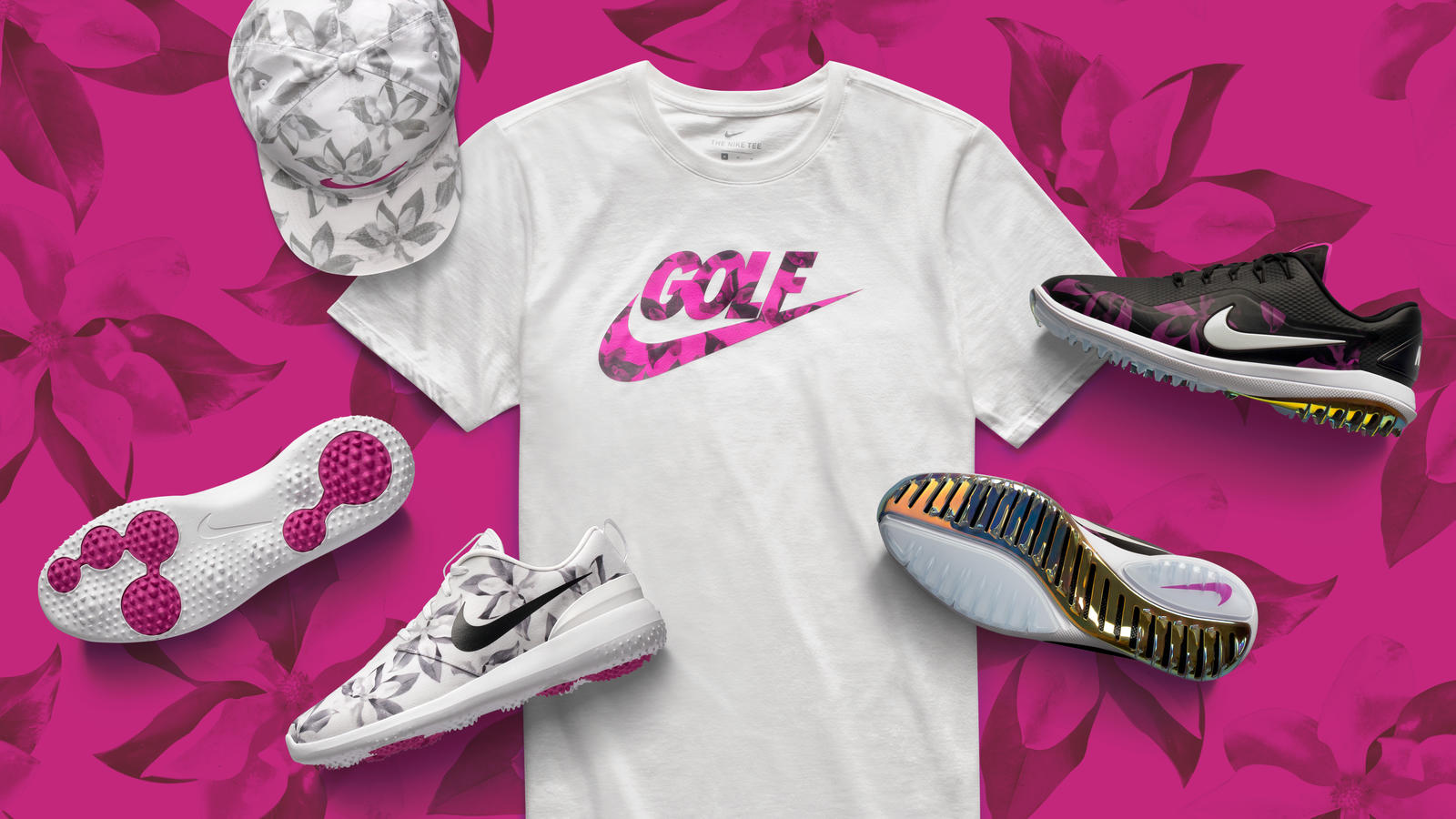 Sixty magnolia trees flank each side of the entrance to golf’s first major of the year. These 120 trees have been on site since the 1850s and constitute one of several icons of America’s most cherished tournament, where rituals from food to attire abound.

Since 1960, the competition has teed-off with a friendly tradition: a Par-3 event, which invites players and their families to revel in the pure fun of the sport. For the 2018 edition, Nike golfers will play wearing a player edition Roshe G decorated with a pink foliate print signifying those mighty magnolia trees.

The shoe is built with a course-ready pressure-mapped outsole that targets high-wear areas, which gives the shoe increased durability and traction in key zones (as well as comfort off-course). A retail version (with a black print on white) is part of the Nike Golf Magnolia Print Pack that also includes a cap, which may be worn by Nike athletes throughout the remainder of the week, T-shirt and limited-edition Lunar Control Vapor 2.

The Magnolia pack is available today on the Nike app.