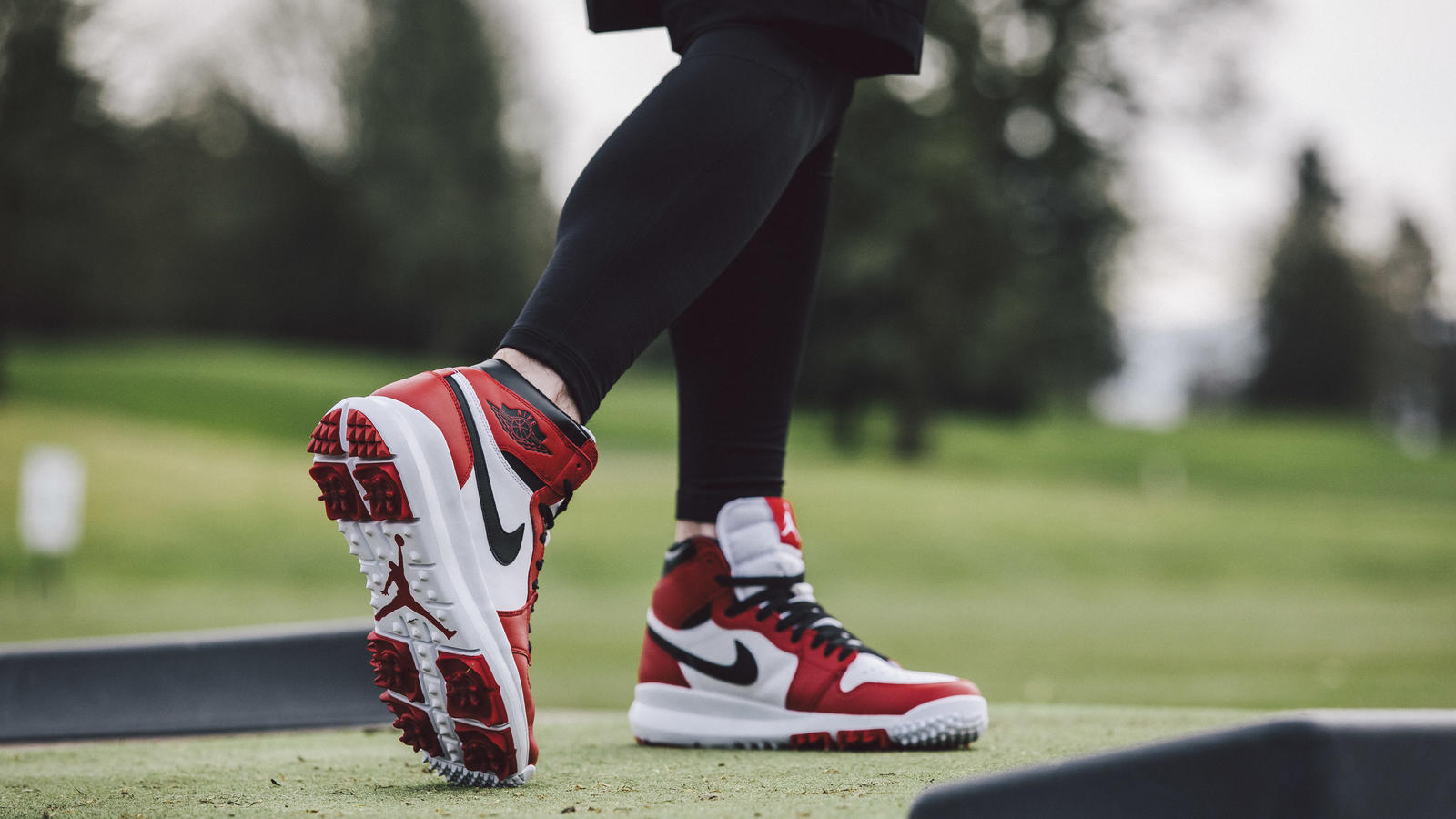 More than 30 years after the debut of the Air Jordan 1, Nike Golf is introducing the iconic silhouette to the course.

“MJ introduced his provocative style of play to professional basketball in 1984, and the Air Jordan I shocked the world at the same time,” says Gentry Humphrey, VP Nike Golf Footwear. “Interestingly, Michael started to take up the game of golf in 1984, the exact same year Nike started to develop the Air Jordan I.”

Entering Jordan’s rookie year, Nike looked for a way to create a shoe that could match his other-worldly talents on the court while also defying the status quo.

“The Air Jordan I was the first sneaker that really pushed the limits on what was acceptable,” recalls Michael Jordan. “It’s like being a young kid, when his parents say he can’t do something but he wants to do it. I felt like I wanted to be different.”

This limited offering features a few notable changes from the original basketball shoe, including extra padding to provide additional comfort and support around the ankle, Jumpman logo on the tongue, Nike Free-inspired outsole with soft spikes and a fully waterproof upper.

The Air Jordan I golf shoe will be available in two colorways (white/black/varsity red and white/metallic silver) beginning Feb. 10 at nike.com and select retailers for a suggested retail price of $200.