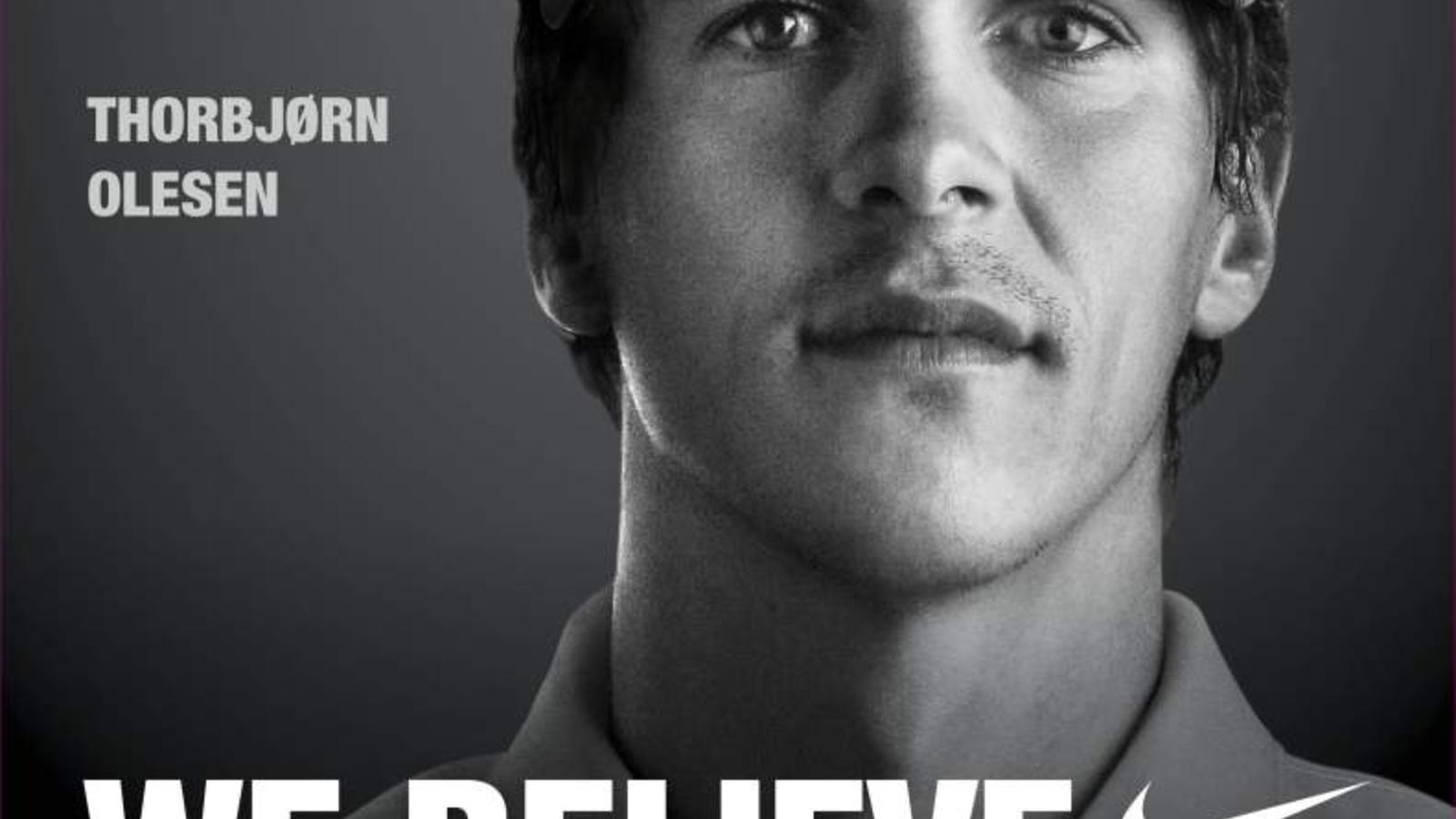 Olesen will be making his debut as a Nike Golf athlete at the Volvo Champions in South Africa on the PGA European Tour in January. Featured in his bag will be the world’s first high speed cavity back driver, the Nike VR_S Covert Tour. His Nike Golf arsenal will also include the Nike VR Pro Blades, VR Pro wedges, VR Pro Limited Edition fairway woods, VR_S hybrids and the highly acclaimed Method 001 putter. Nike’s new 20XI ball featuring more RZN technology will also be in play. He will be sporting Nike Golf apparel from the Tour Performance and Sport Collections and the new Nike Lunar Control II footwear.

Danish born Olesen, who turned professional in 2008, made his breakthrough on the PGA European Tour with a win in the 2012 Sicilian Open and bagged six other top 10’s to finish 15th in The 2012 Race to Dubai.  He currently stands 50th in the Official World Golf Rankings.

A football fanatic following both FC Copenhagen and Manchester United, 23-year-old Olesen first came to prominence in 2011 after a stellar first year on Tour with three runner-up performances and a debut appearance in the World Cup of Golf in China. He gained his European Tour card courtesy of the 2010 European Challenge Tour where he finished third.

“Nike is one of the most recognized and respected sport brands in the world,” said Olesen. “I want to be with a company that focuses on developing products that help me perform at my best. To be part of a brand that respects but challenges the traditions of the game is an honor.”

“Thorbjørn is an exciting and talented athlete,” said Mark Thaxton, Global Director of Sports Marketing Operations at Nike Golf.  “His ability is obvious and since his debut on Tour in 2011 he has shown the kind of consistency that creates champions.  We know he will make a great addition to our stable of Nike Golf athletes globally.”