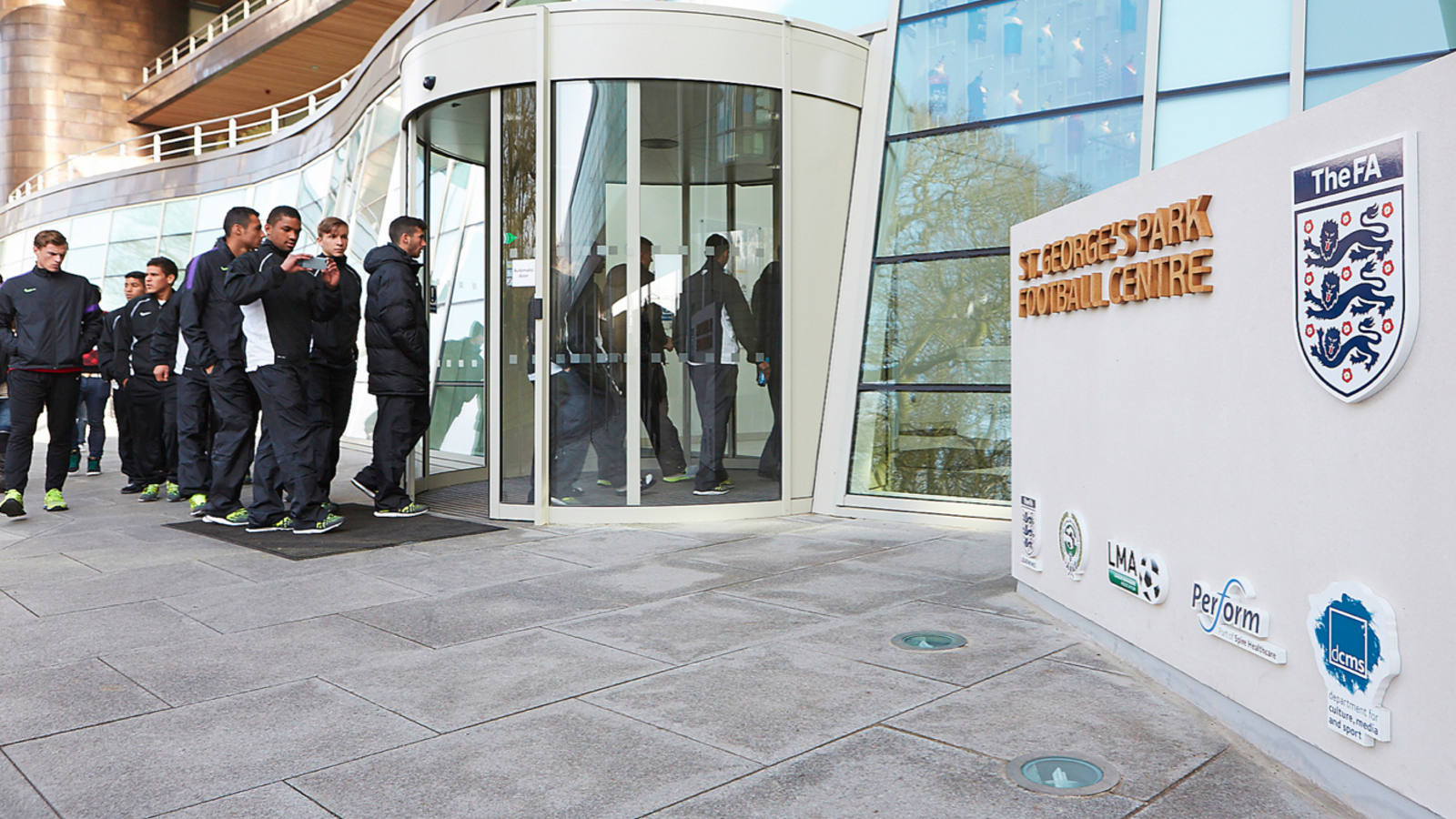 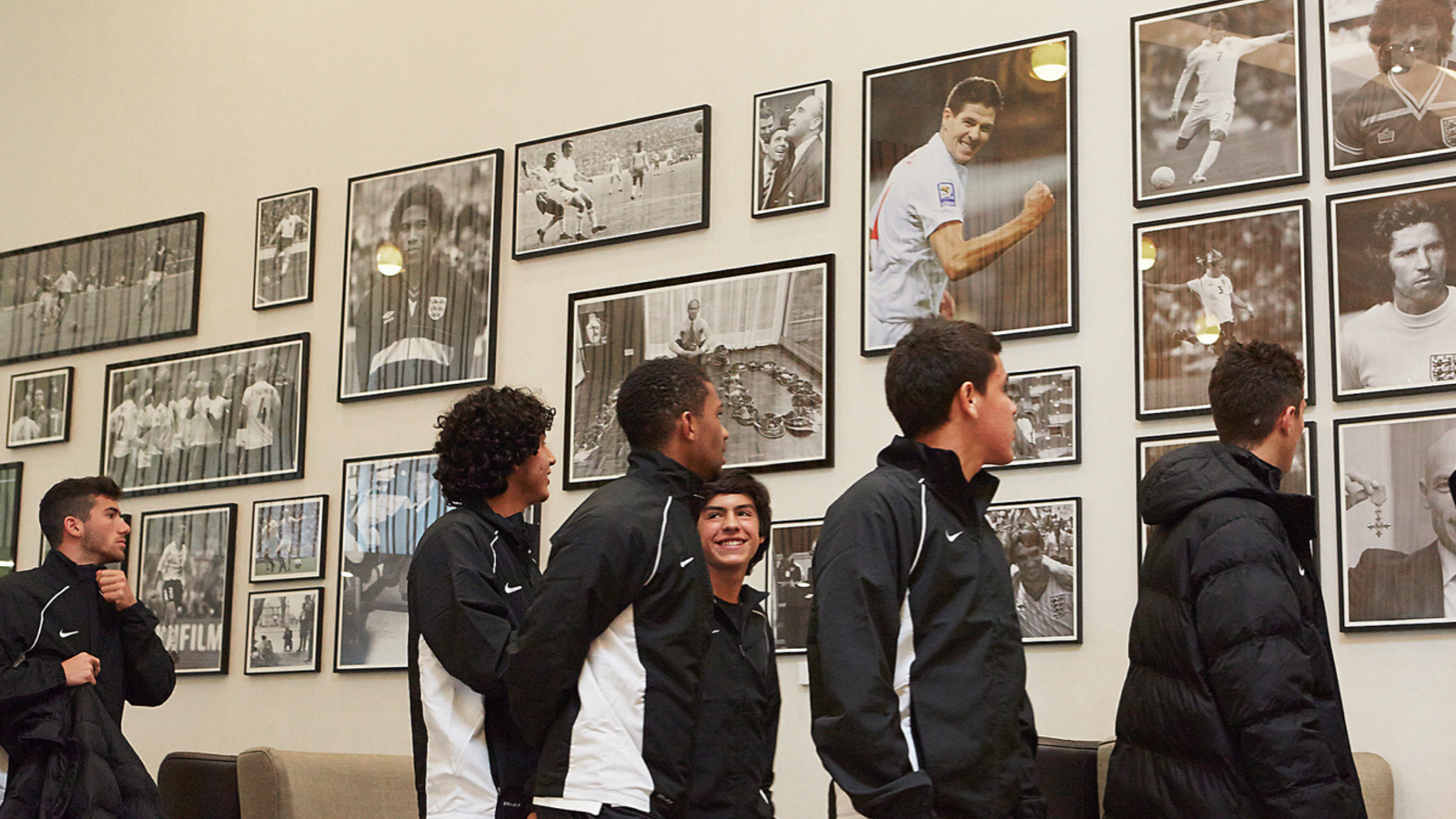 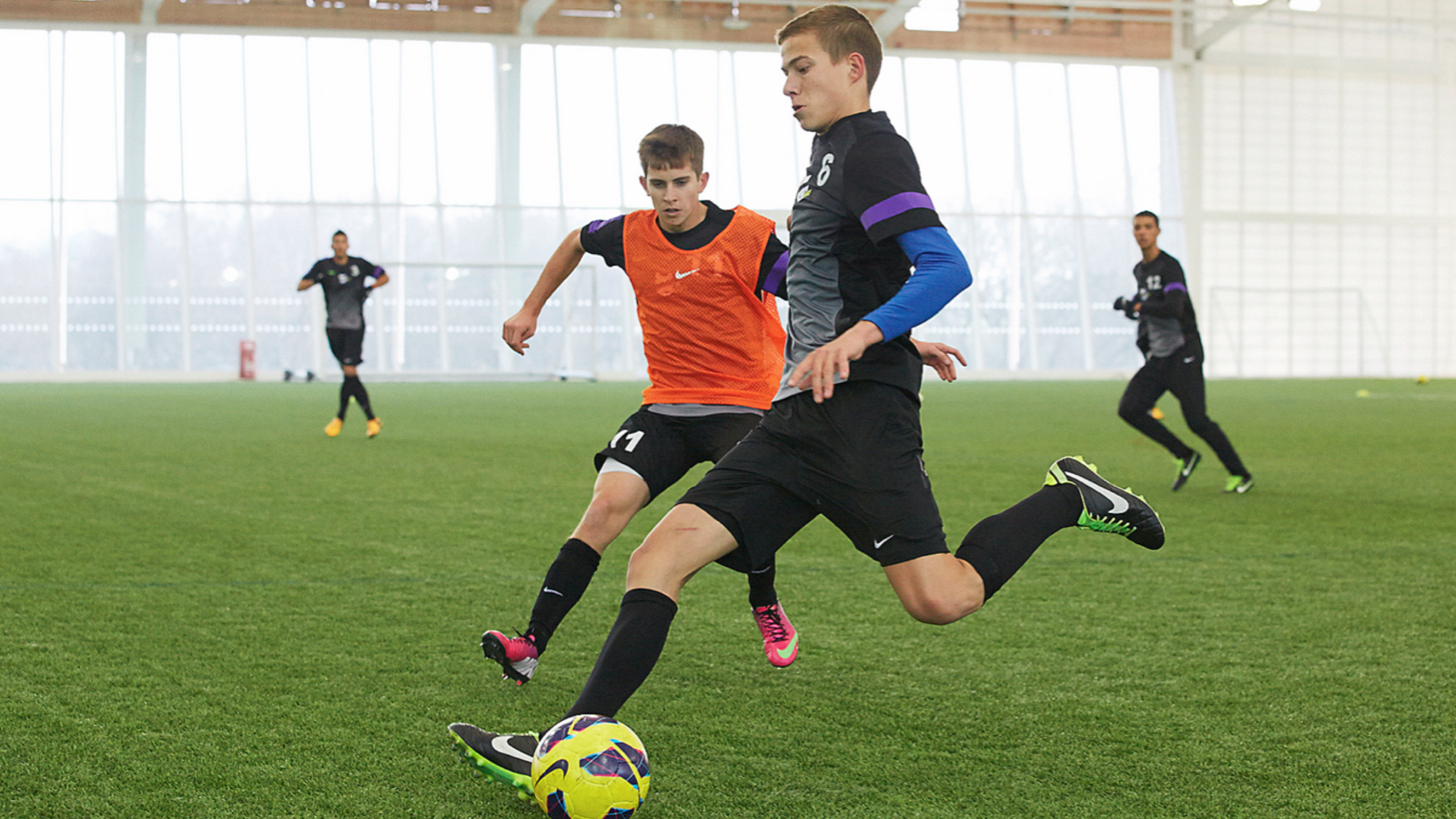 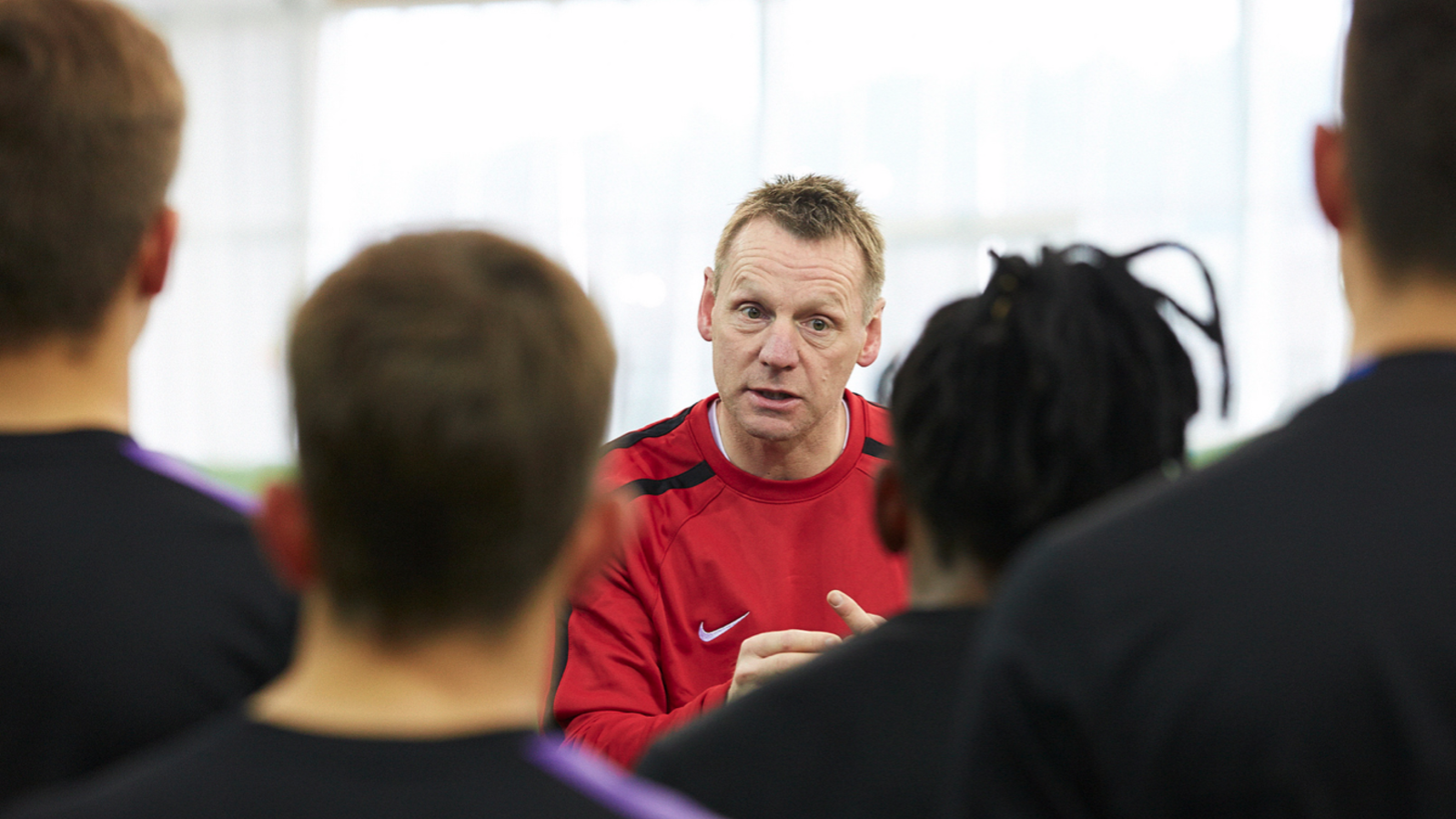 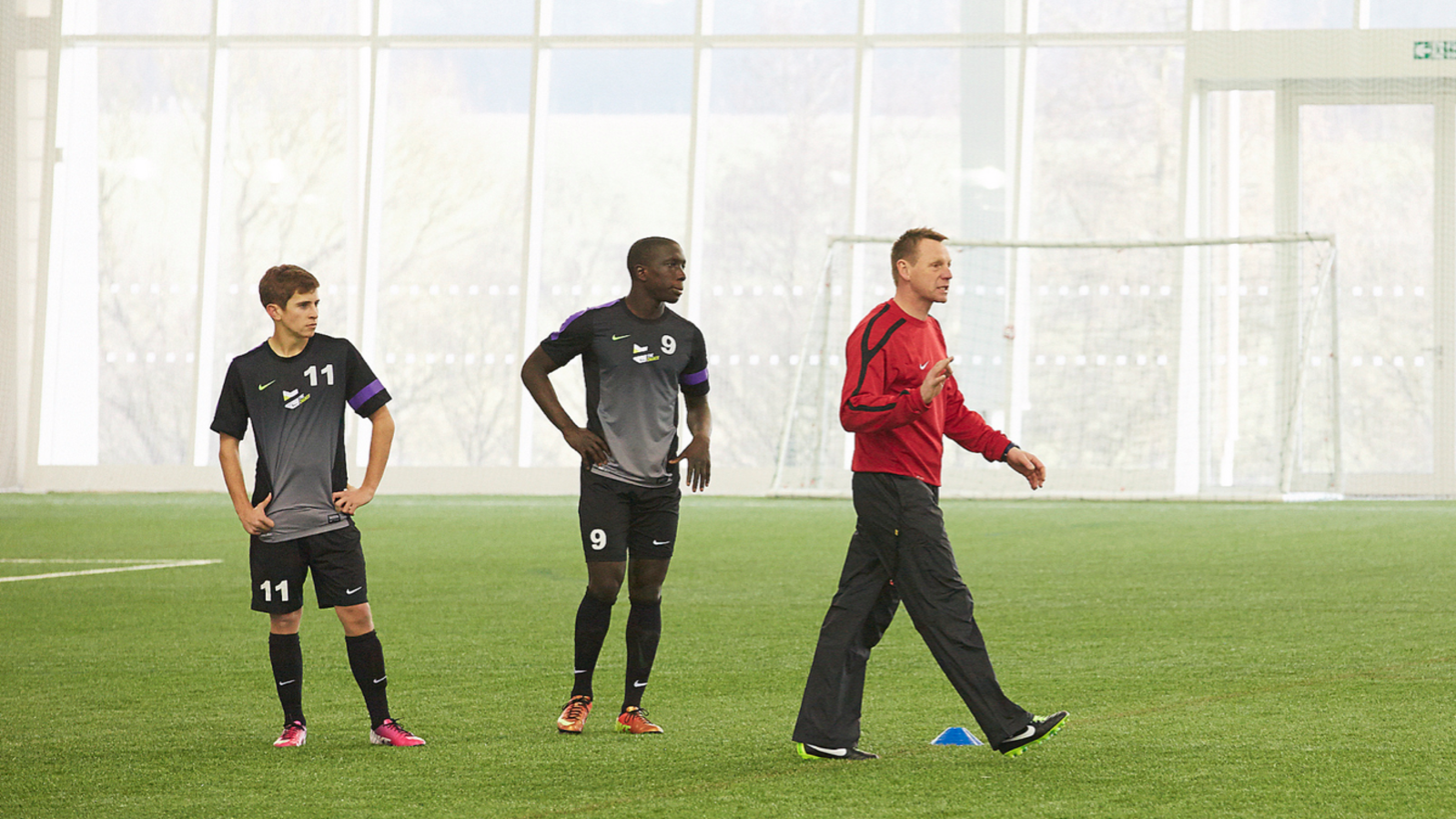 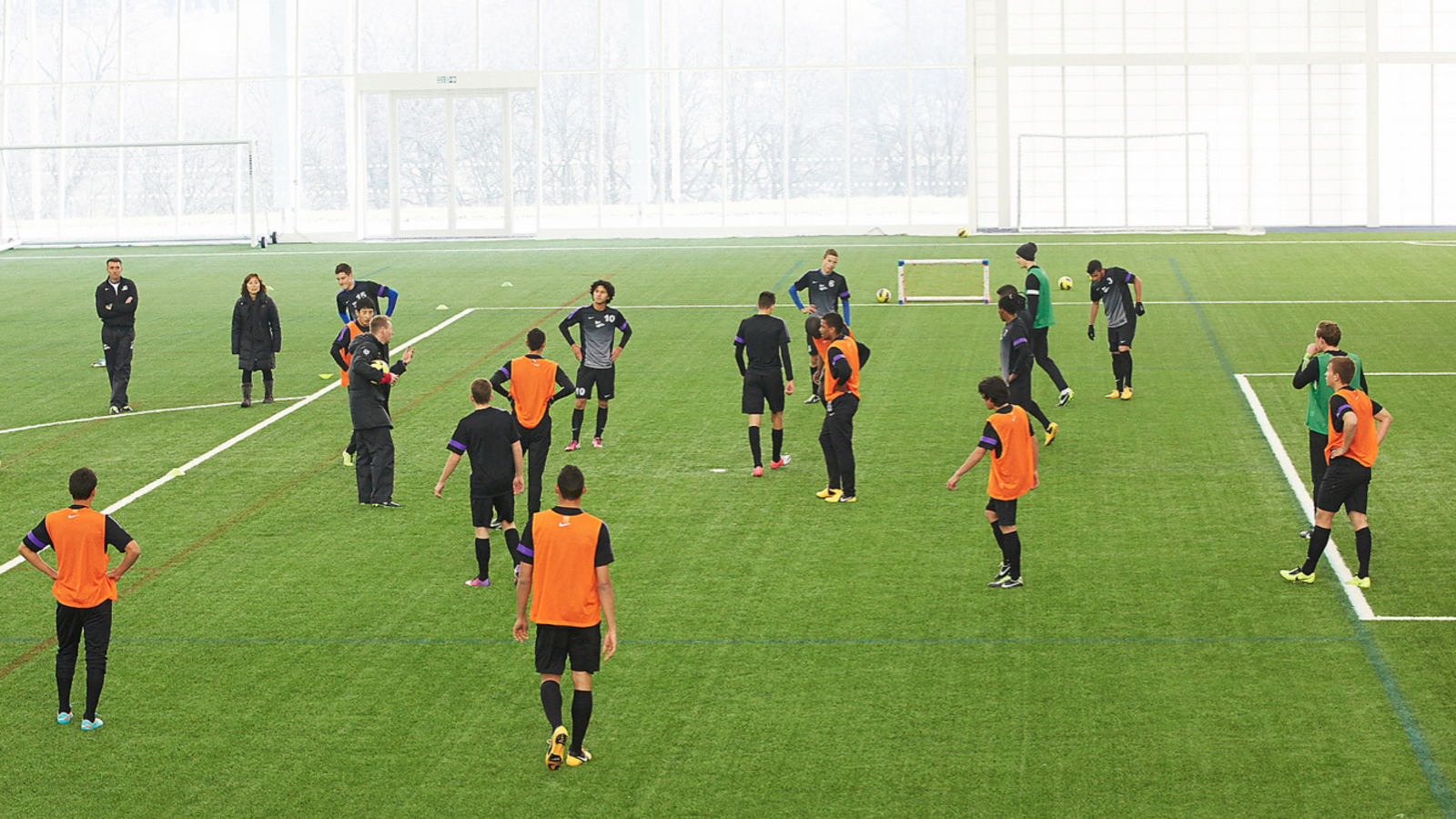 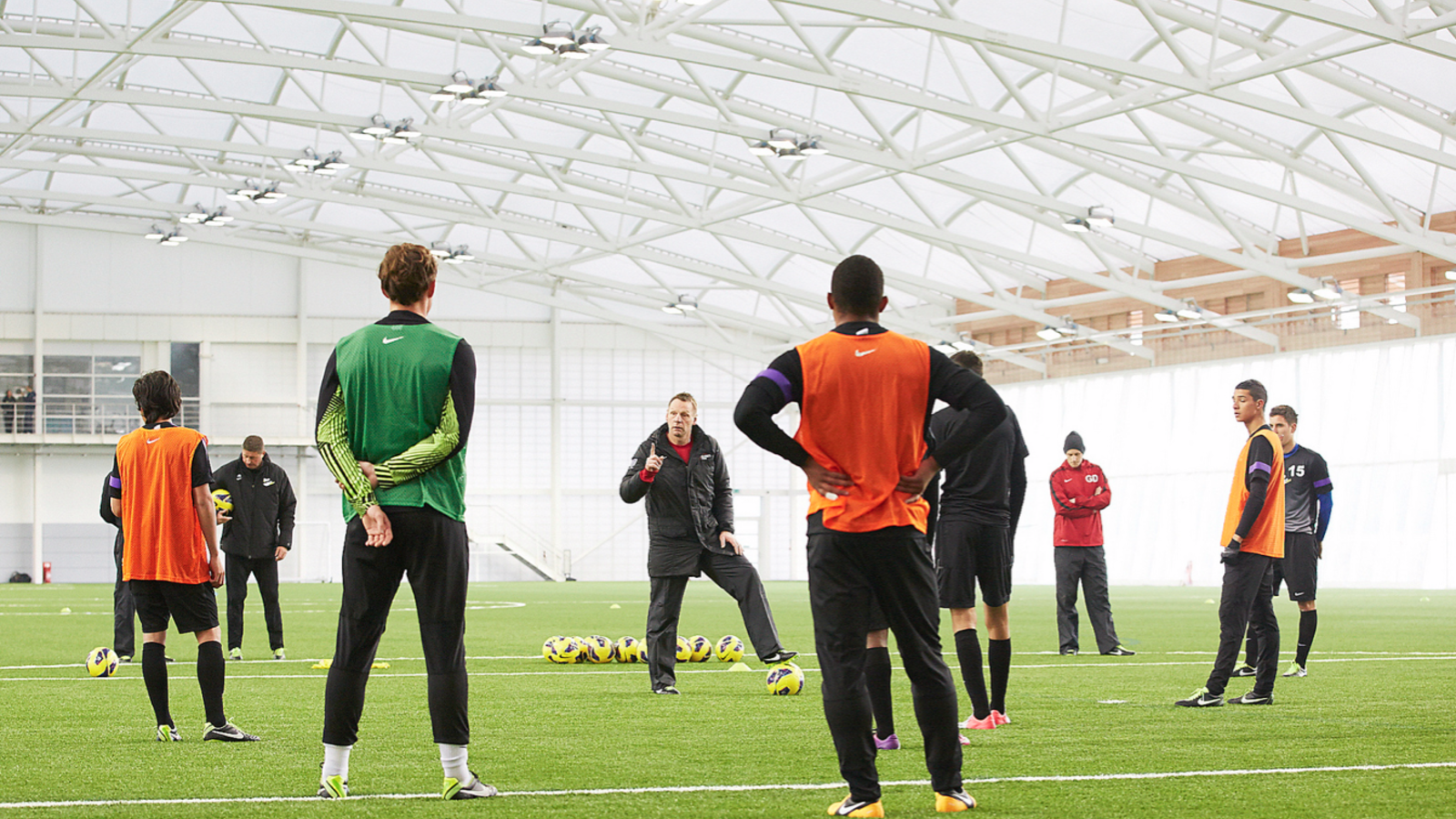 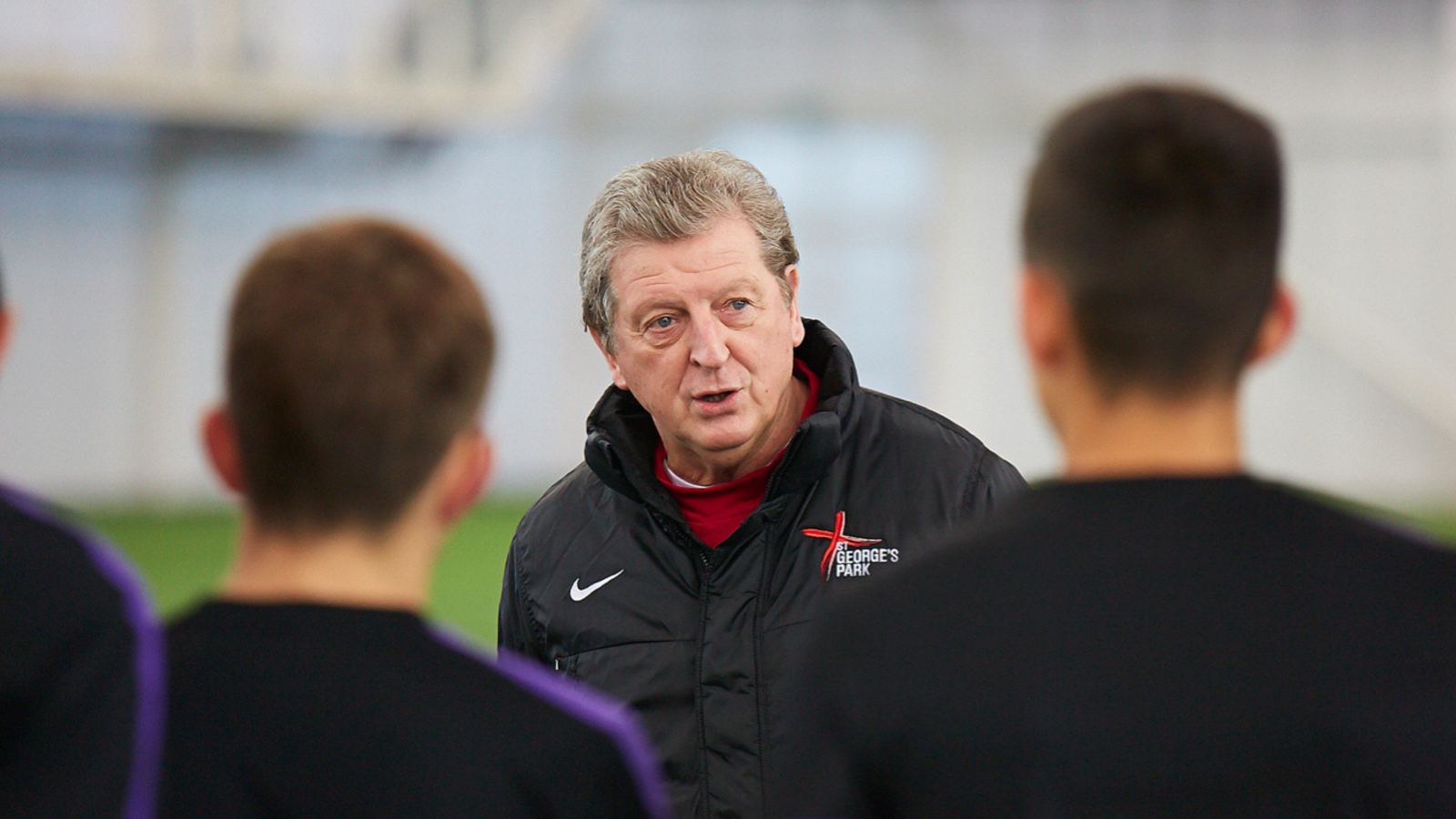 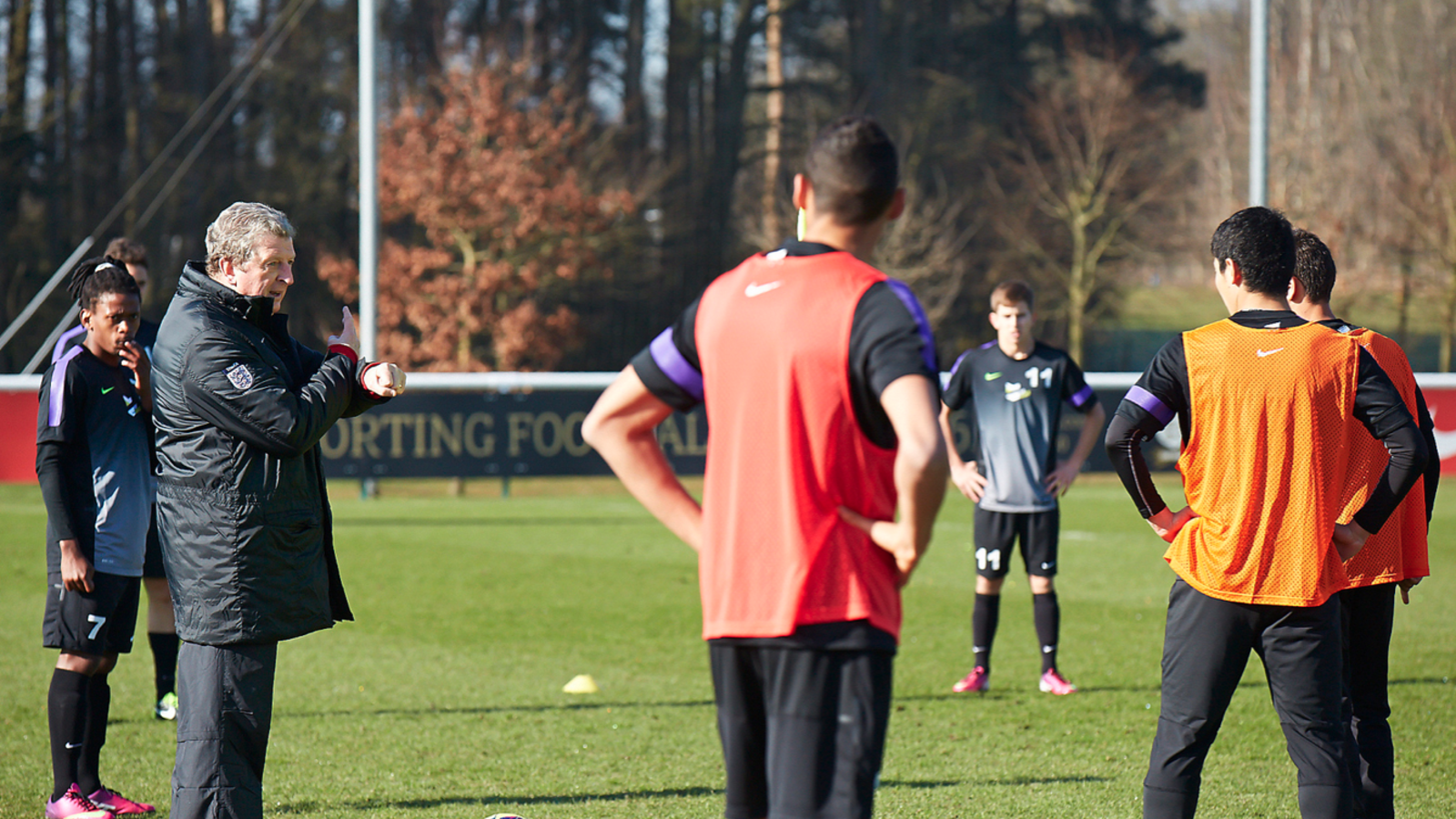 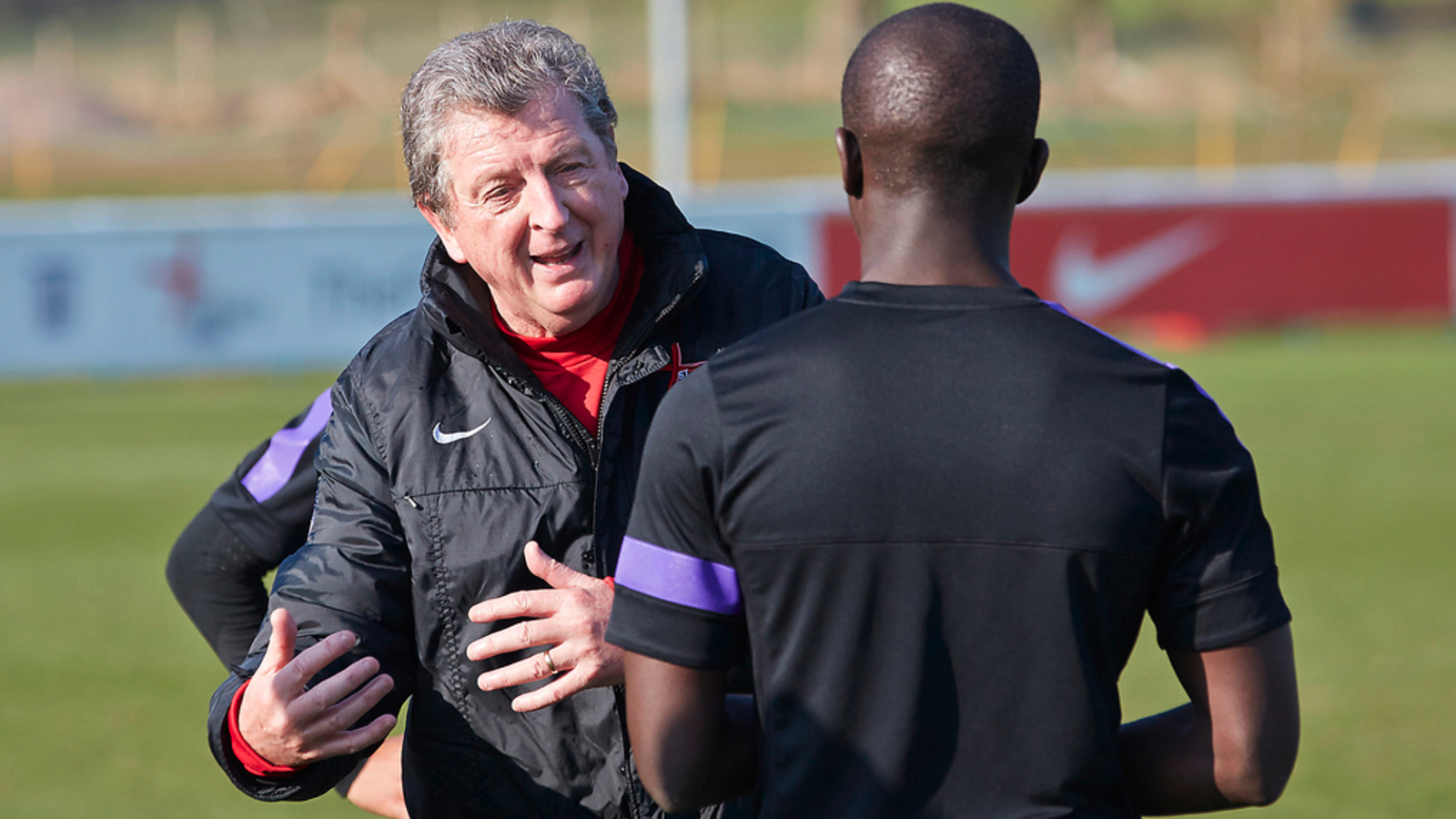 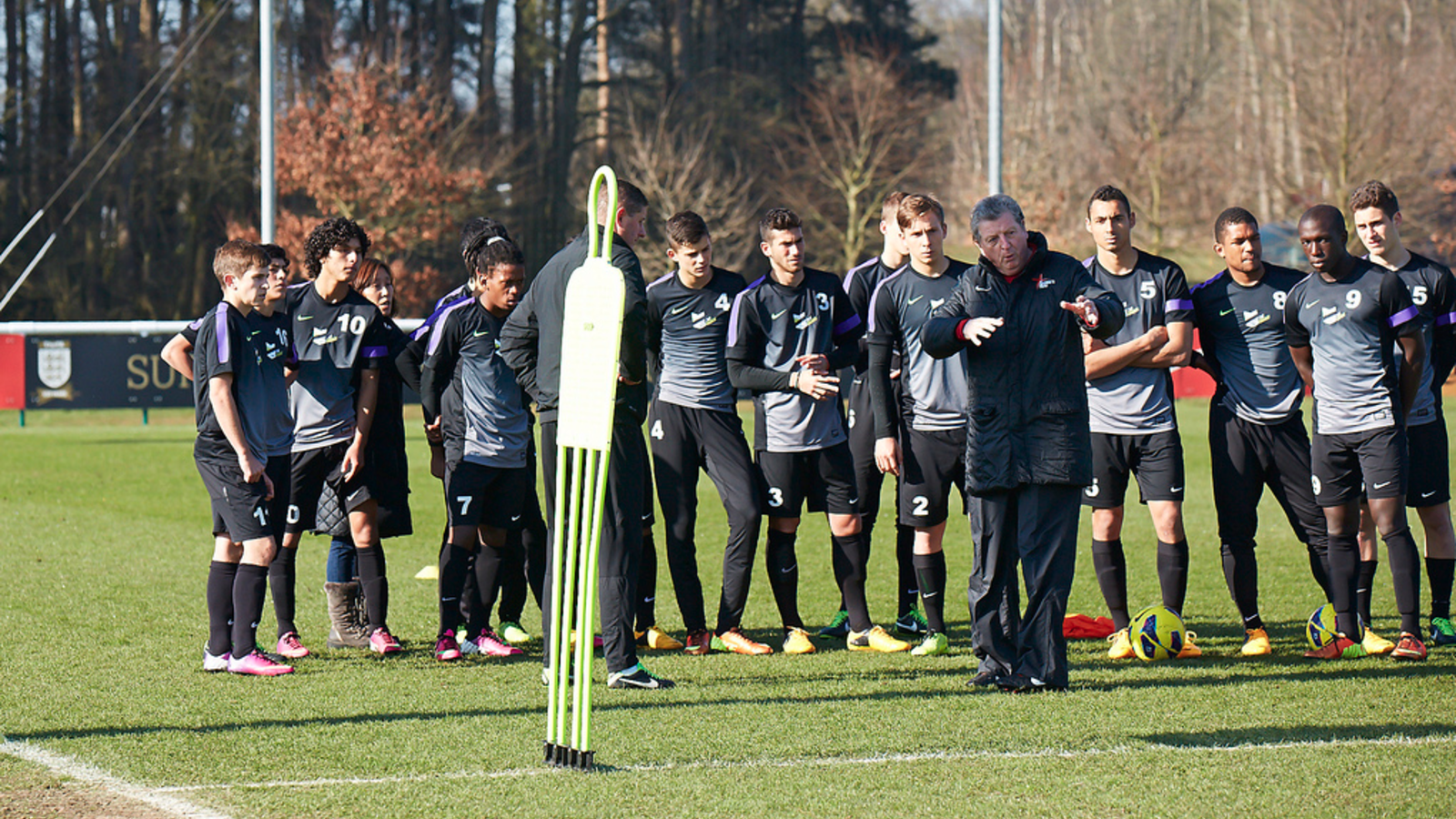 A long-standing colleague of Nike Academy Head Coach Jimmy Gilligan, Stuart Pearce brought his vast experience of high-level football to a training session that focused on spreading out play and timing runs into the box.

Pearce, who as a player won 78 caps for his country and has served as Head Coach of the England Under-21 side since 2007, is well-qualified to assess young players. "These 16 players have already achieved so much by getting to this Global Tour stage of The Chance so it's a massive credit to them. The attitude and ability they showed me here at St George's Park has been first-class, from when they walked onto the pitch for warm-up right through to every session I've done with them," Pearce said. "You can tell straightaway that there's a great enthusiasm, a great work ethic and the willingness to want to get better."

Following the on-pitch session The Chance squad spent the afternoon recovering from the rigors of the past week by taking advantage of the rehabilitation and performance centre. Here they experienced the state-of-the-art hydrotherapy pool and a session on foam rollers to ease muscle soreness. Each squad member was determined to be in optimum shape for the next day’s session with Roy Hodgson.

The England manager’s reputation as a rigorous coach precedes him and he didn’t disappoint. Having consulted with Stuart Pearce in order to gauge the finalists’ level and needs, Hodgson set up a session focusing on movement, possession and crossing, emphasising throughout his coaching the importance of timing runs both with and without the ball.

Hodgson oversaw a technical 8-sided game with a 3 touch restriction before sitting down with Jimmy Gilligan to discuss the players. He was extremely impressed by what he had seen. "It is great that Nike has The Chance and I think it's even more praiseworthy that the Nike Academy exists, where there are players working all the time," Hodgson said. "It will be a magnificent achievement for the three players who are selected to join the Nike Academy. For those players who are not selected, they need to see it as an incredible opportunity where they have learned many things and go home stronger from the whole experience.".

Having put in some valuable work in preparation of the upcoming final match against the current Nike Academy, the global tour squad enjoyed an evening off and to Emirates Stadium to take in a match.