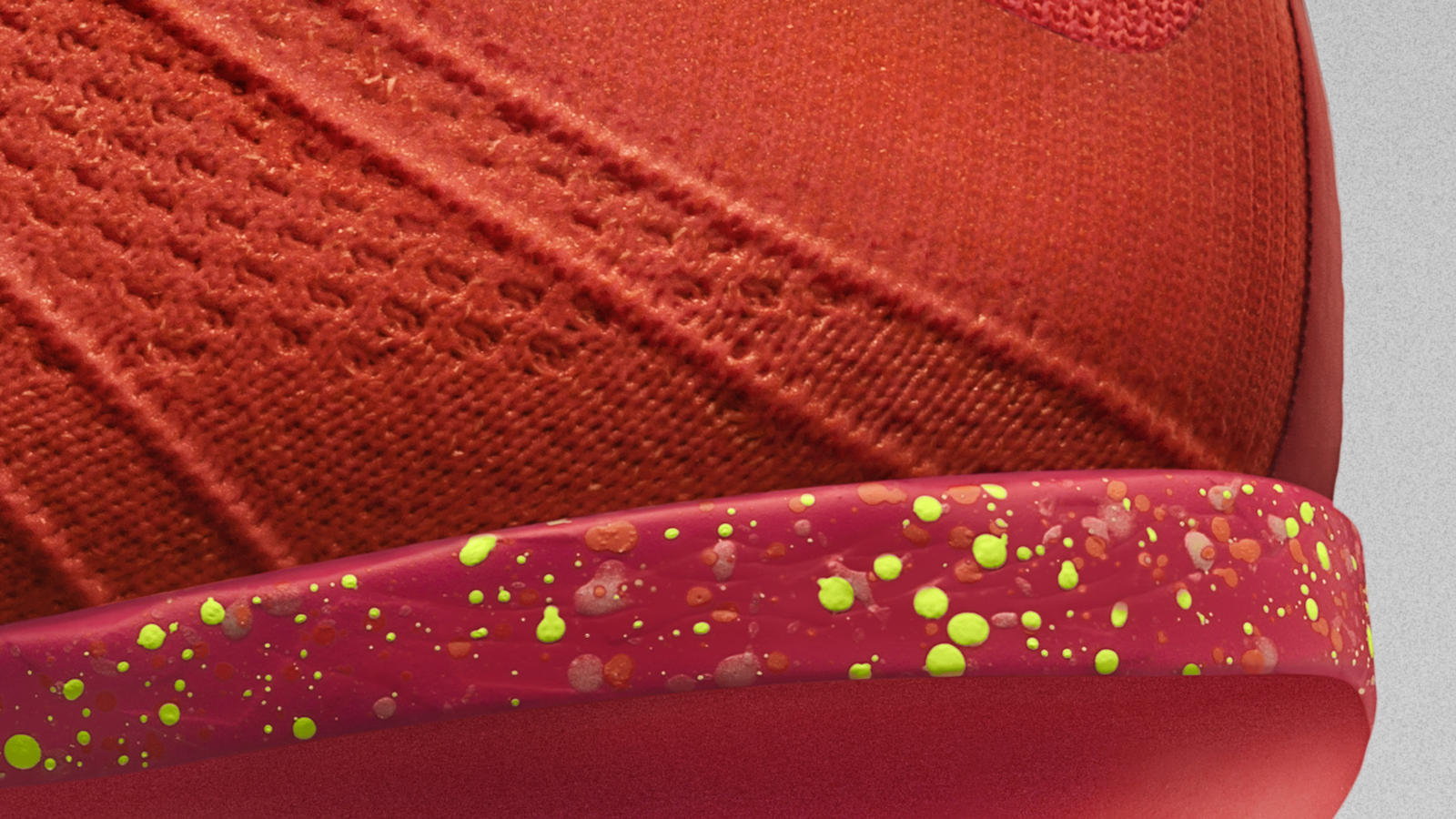 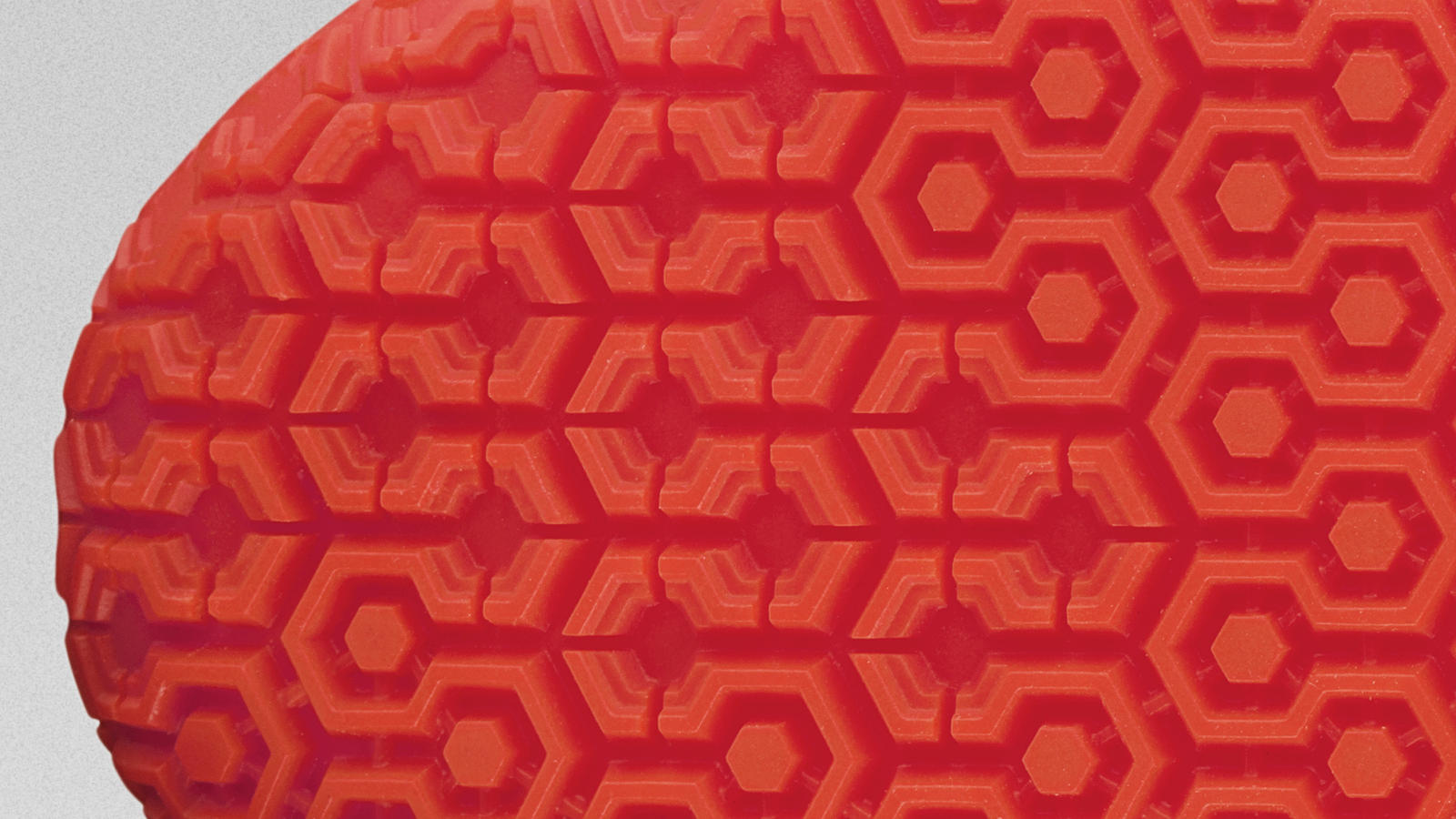 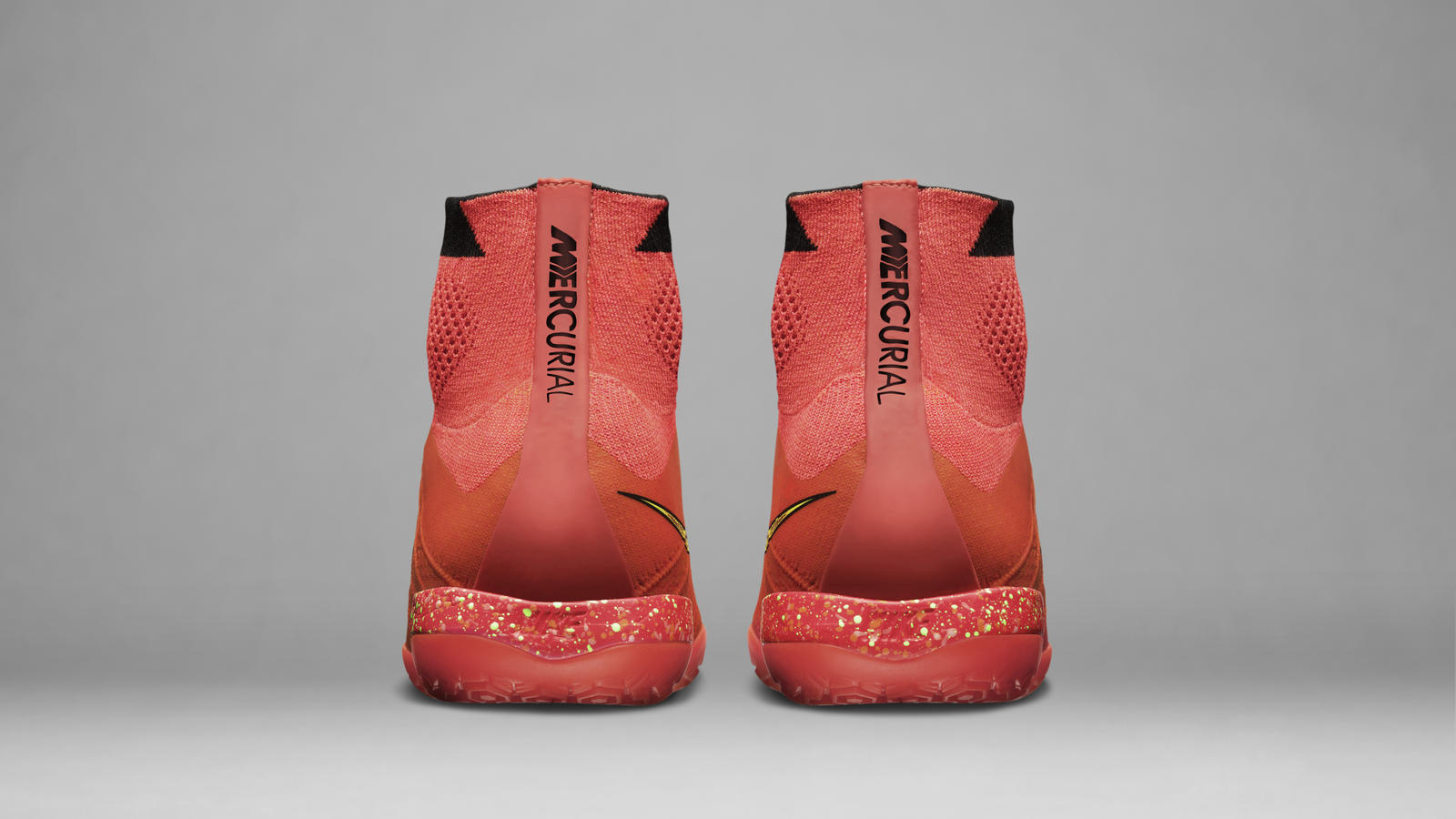 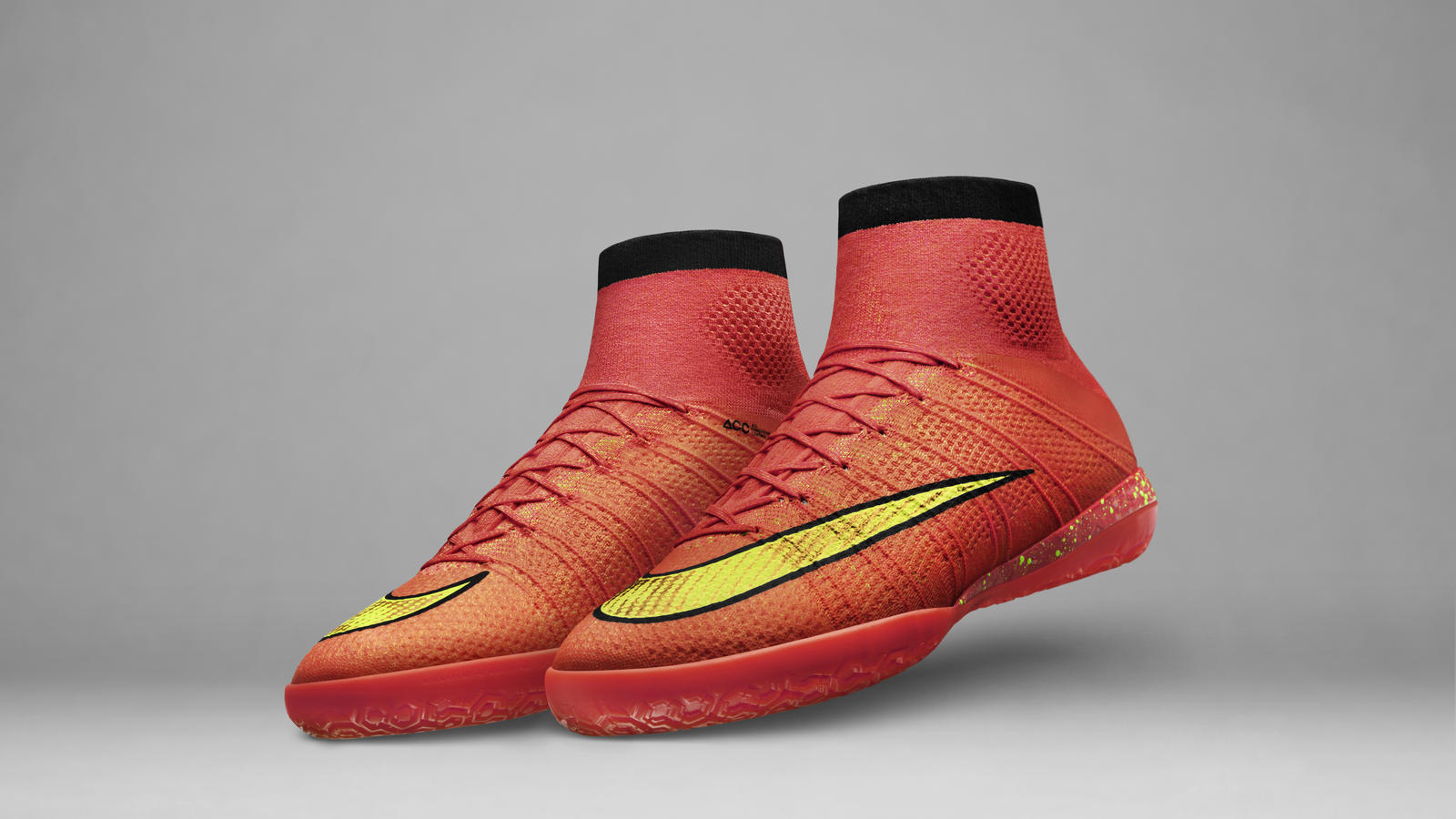 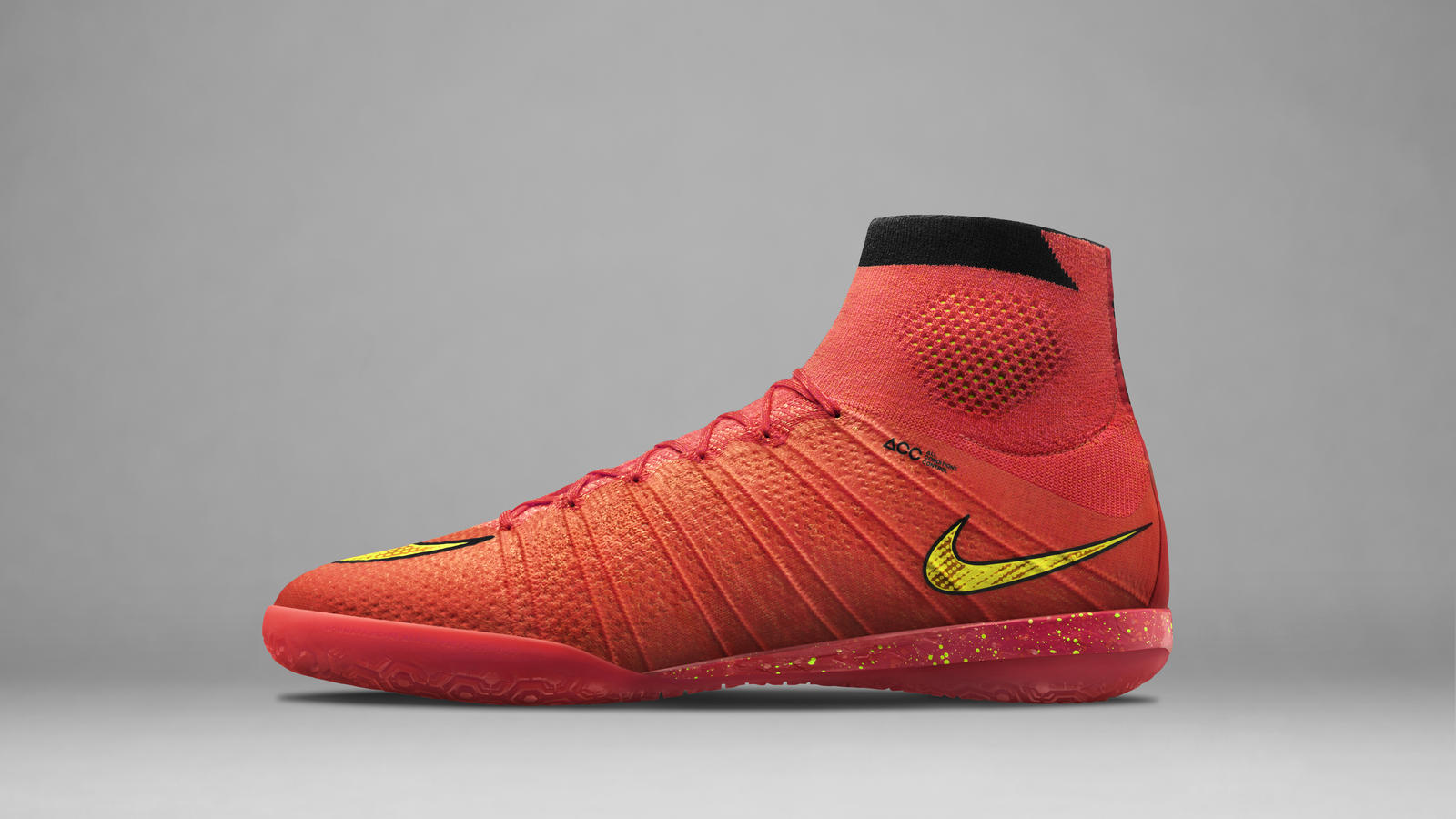 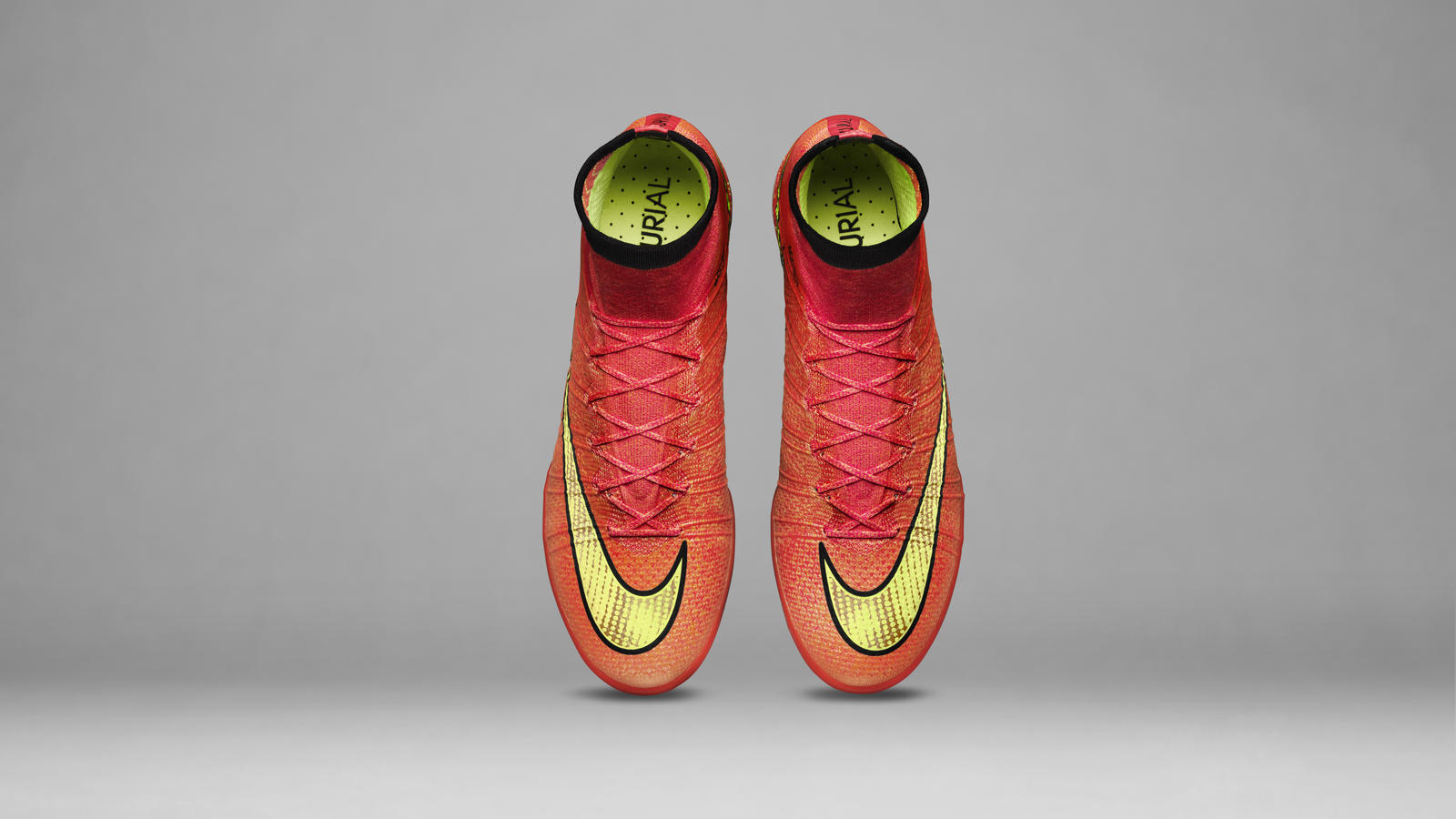 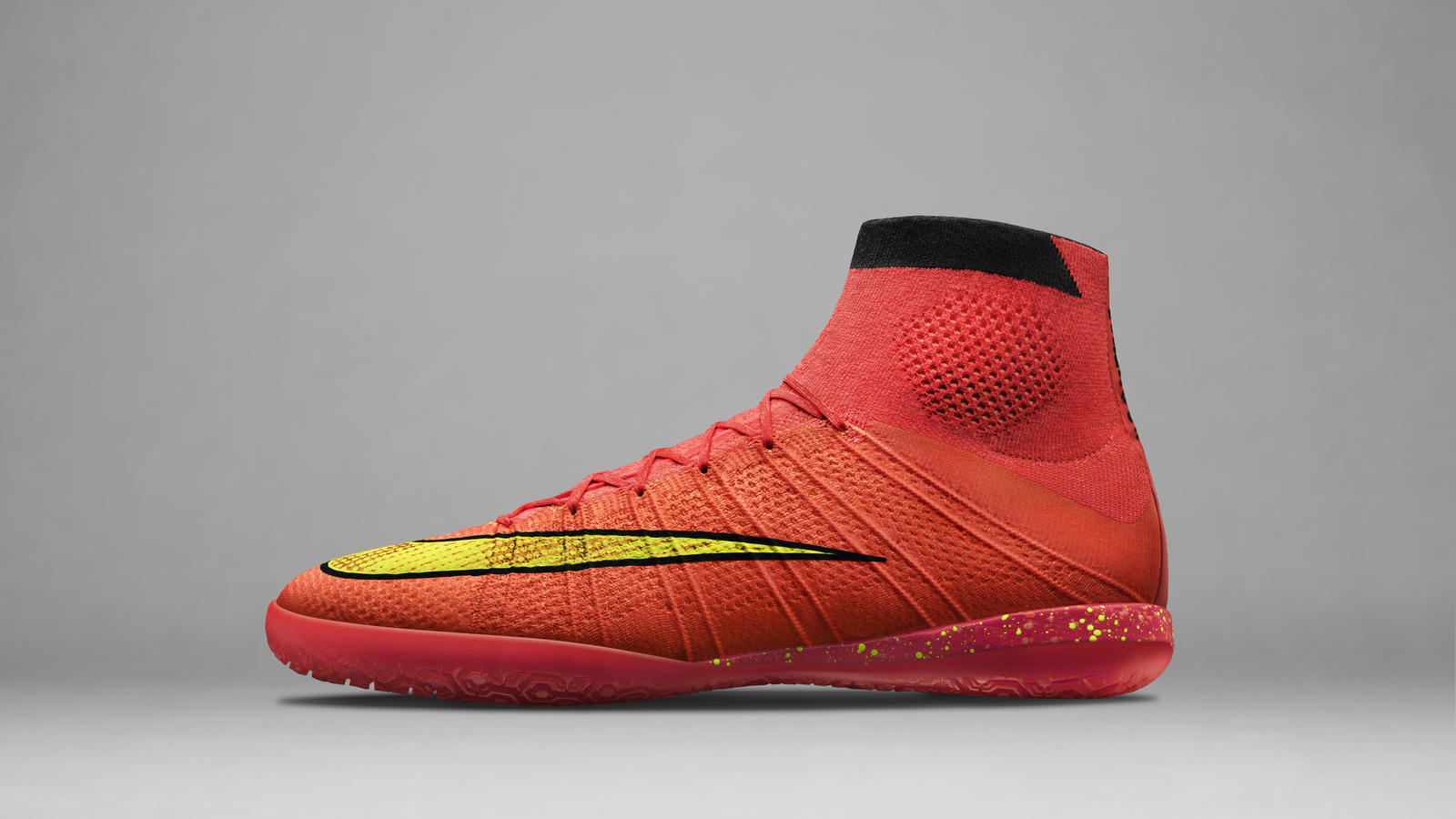 In late April at the Salon de Reinos in Madrid, Nike revealed its fastest and most innovative boot to date, the Mercurial Superfly. But today’s footballers don’t just play on grass and aren’t simply looking for innovation for that surface. With that in mind, Nike introduces the Elastico Superfly IC – a shoe that brings all the innovation and technological benefits of the Mercurial Superfly to the court.

“The innovation this year from Nike Football has been unprecedented. But our players want innovation for every kind of football they play so we took the design insights developed with Cristiano Ronaldo for the Mercurial Superfly and brought them into the small-sided game with the Elastico Superfly,” said Denis Dekovic, Design Director, Nike Football.

Working with former Portland Thorns and USWNT player Marian Dougherty, who now plays a key role in the development of Nike’s Football footwear, Dekovic took the performance benefits of the cleated Mercurial Superfly and added some important details for the small-sided player.

“The upper is almost identical to the Mercurial Superfly we developed with Cristiano, but with some key details that small-sided players have highlighted to us and we see from playing as well as watching the game,” said Dougherty, Nike Football Product Manager.

“This shoe is distinctly low-profile meaning the foot is much closer to the ground than on previous Elasticos. This helps improve traction and speed and allows players to manipulate the ball. The unrivaled traction also benefits from a new rubber compound we have produced to make the outsole and an updated traction pattern. The flexibility and shorter distance between the foot and ground mean this helps the player get closer to the sensation of playing barefoot,” added Doughtery.

“We wanted to bring the Elastico out just before our teams head to Brasil. It really is the home of street football so this is, in some way, a little ode to the quality that the country has brought to this style of playing the game,” said Dekovic.

In addition to the above design details, the shoe features an extra layer of NIKESKIN in areas where small-sided footballers experience additional abrasion on their footwear.

The Elastico Superfly IC will be available at nike.com from June 10.