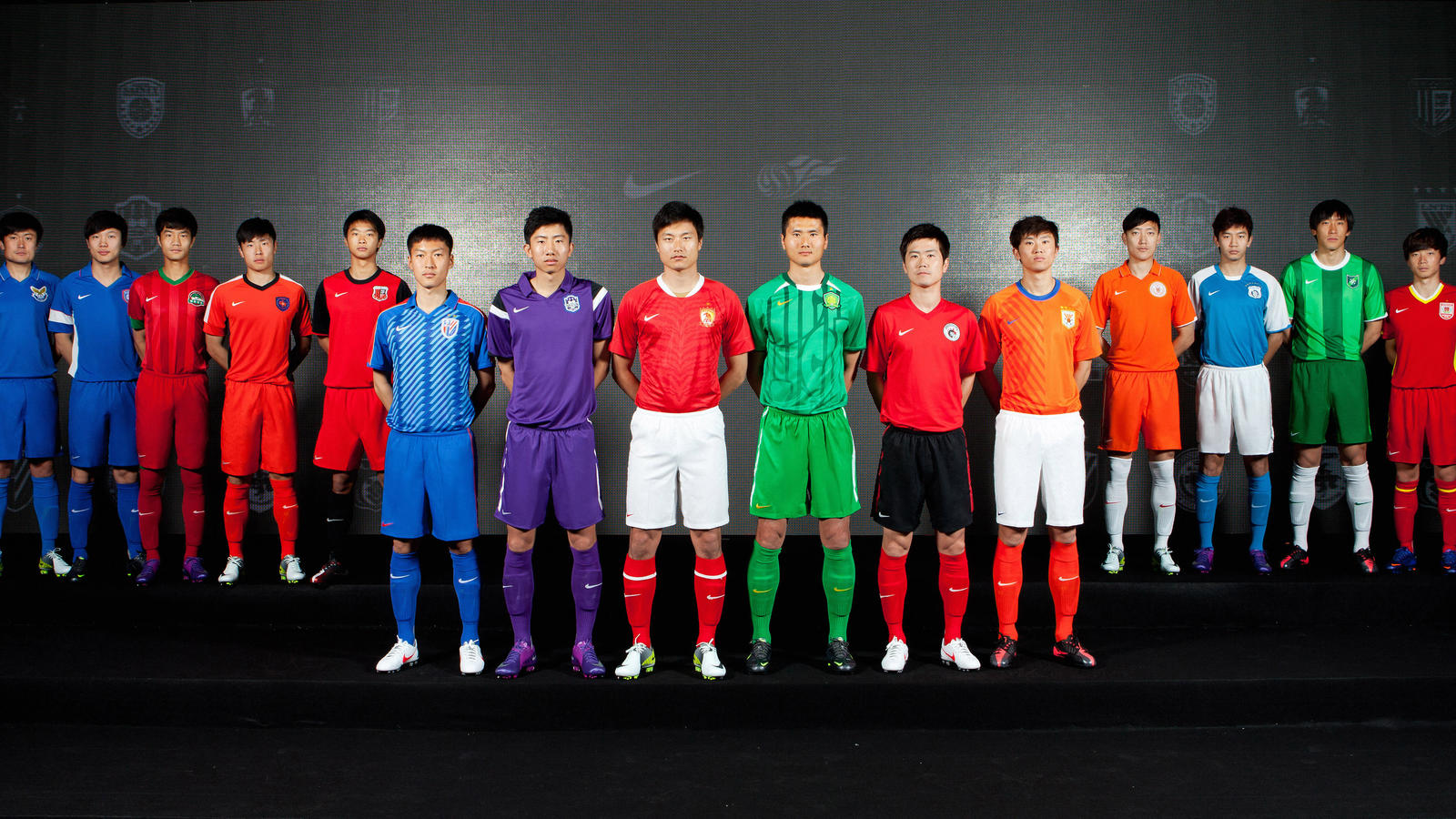 Nike Football has unveiled innovative microfiber polyester club kits derived from recycled plastic bottles at a ceremony at the Guangzhou Opera House. The kits are made exclusively for the 2012 season of the 16-team Chinese Super League (CSL) and demonstrate Nike’s commitment to superior athletic performance and lower environmental impact.

The unveiling was attended by Xu Lin, general manager of Nike Football Greater China, and Zhu Qilin, director and deputy general manager of CSL Co.,Ltd. Also in attendance were CSL club stars including Gao Lin and Shao Jiayi who sported their new kits for the media and fans.

“China is the first region in which Nike has lent its name to all clubs belonging to the highest level football league and we will continue providing Chinese athletes with the most innovative performance technology to support that commitment,” Xu remarked at the unveiling. “The 2011 CSL season set a new average attendance record and Nike is honored to have been a part of this achievement.”

“We are very pleased that the CSL teams are equipped with the world’s most advanced technology in competition gear, which also reflects the teams’ commitment to the environment,” said Zhu Qilin, “Moreover, the new kits reflect the individual characteristics of each club, an important factor that players and fans will appreciate.”

In addition to incorporating the latest light-weight and environmentally friendly fabrics, the kits also retain the classic design elements of each club, reflecting the unique geographical and cultural distinctions of each CSL team.

In line with Nike’s commitment to superior athletic performance and lower environmental impact, the kits are made from 100% recycled polyester, which equates to approximately 13 recycled plastic bottles per kit - eight for the jersey and five for the shorts.

The kit is also lighter and more durable than any previous kit the teams have worn, and is the most environmentally friendly in Nike Football's history.  This innovative technology has already been adopted by world-renown clubs such as Manchester United and Barcelona, as well as the national teams of countries including Brazil, France, the Netherlands and Portugal.

The 2012 CSL kits give the athletes an unprecedented edge.  Ventilation zones are found along each side of the jersey to enhance breathability, and combined with a fabric that increases air flow.  These zones consist of tiny laser cut holes, backed by Nike’s innovative halo application which prevents ripping without reducing air flow.

The new season’s jerseys also demonstrate Nike’s attention to detail. Designers were inspired by the heritage and traditional elements of each club’s home city. At the core of each design was the cultural heritage of each club.

The Nike N98 jacket was created in 1998, first appearing on the Brazilian football team. It was inspired by football culture and helps unify the appearance of each team. A bearer of rich football tradition, this classic apparel has always been indispensable attire for footballers. Each CSL team has its respective crest emblazoned on the front of their N98, underscoring the pride and honor that is carried by the athletes of each club.

To celebrate athletic performance and the lifestyle of sport fans can support their respective teams wearing the classic silhouette of the AW77 jacket and GS Polo detailing the unique culture of their club.