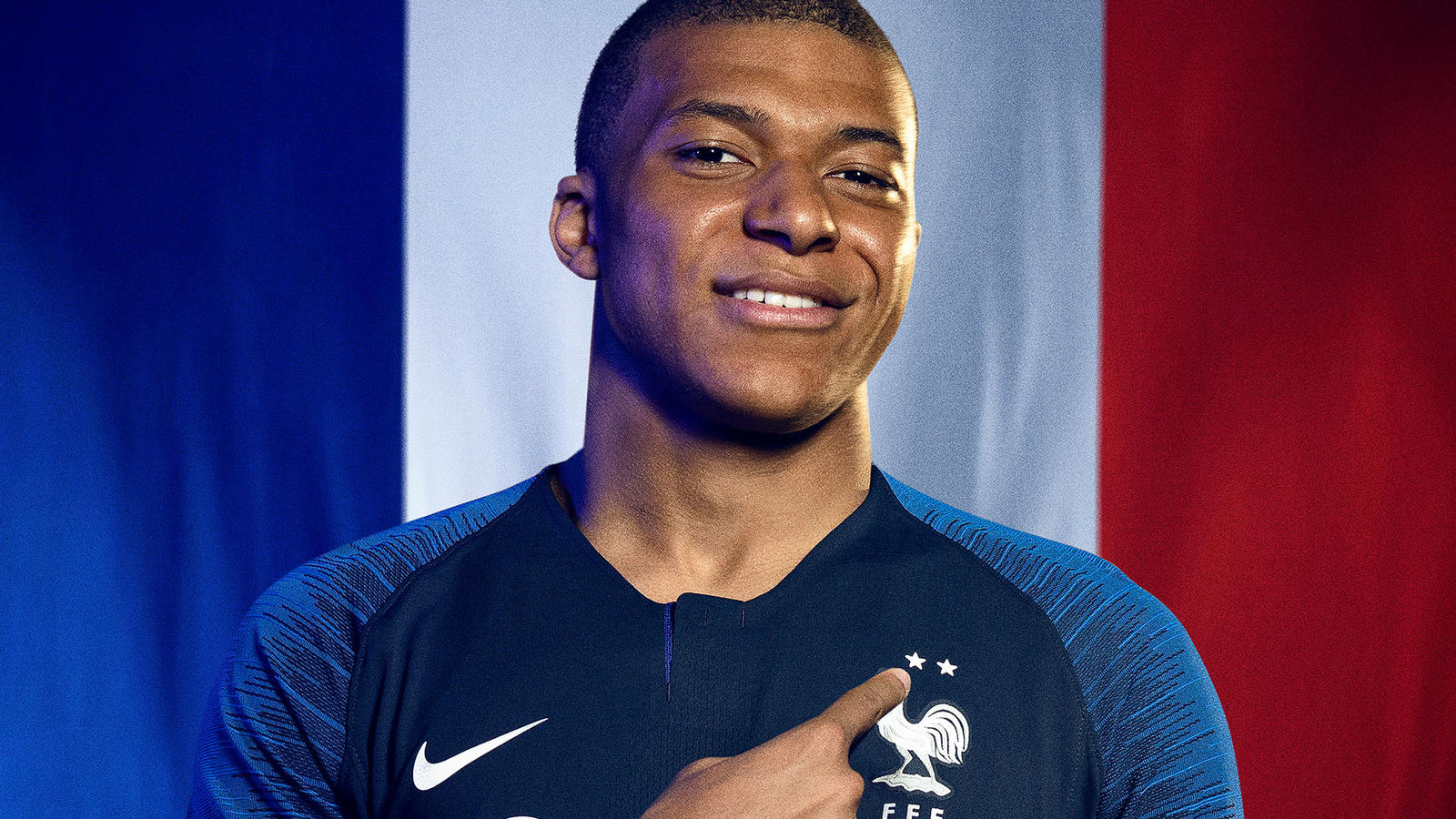 The sight of two Nike-sponsored football federations contesting a world final for the first time proved a fitting conclusion to a record-breaking tournament for the brand.

“We had three of the four teams in the semi-finals and then two of our teams made the finals. We’ve been in the game of football for over 20 years, and it’s the first time that we’ve had an all-Nike final," says Elliott Hill, Nike President of Consumer and Marketplace.

Ten of the 32 teams in Russia wore Nike kits - including three of the four semi-finalists (France, Croatia and England). France's high scoring victory results in an extra star being added to their shirt forever more.

Nike immediately begins production on 2 star FFF jerseys, available in limited quantities on nike.com and at Nike doors in Paris and Moscow.

"In addition to the kits, we’ve had great success with our players. Over 65 percent of the minutes played on-pitch were by athletes wearing Nike football boots,” says Hill.

Another face of the tournament was England striker and Nike athlete Harry Kane, whose six goals were enough to make him the competition’s top scorer and earn him the Golden Boot. Kane’s goals contributed to a total of 100 scored by players wearing Nike boots. More goals were scored with Nike Mercurial 360 than any other boot, an impressive 66, a perfect way of celebrating the 20th anniversary of the iconic line. 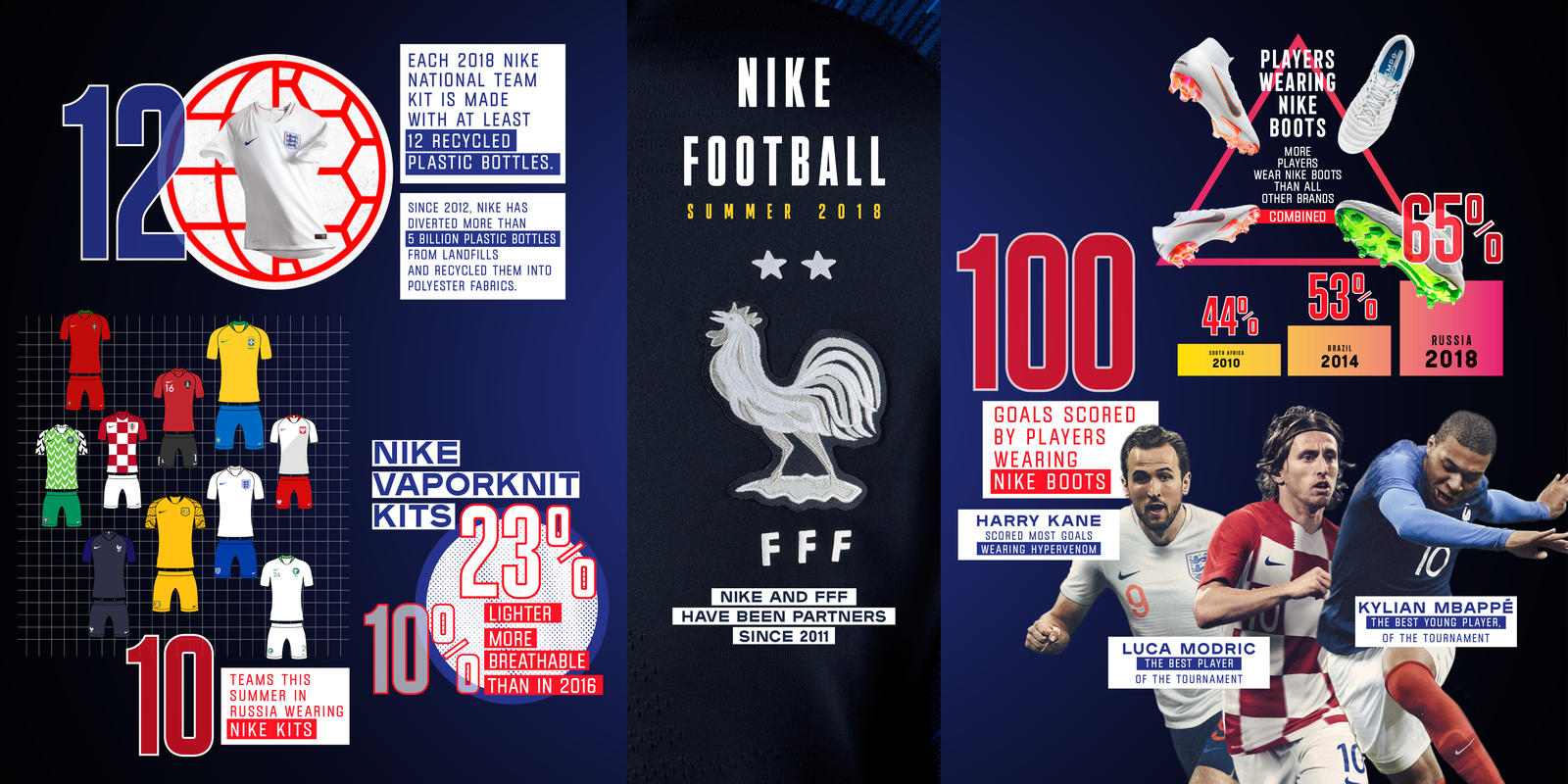 Nike's buzz started prior to the tournament with kit launches for all partner federations. The Nigeria collection commanded worldwide attention and their home shirt became an instant classic, while in England, the FA’s retro training top became a staple for the hundreds of thousands of supporters packing into fan parks all over the country. 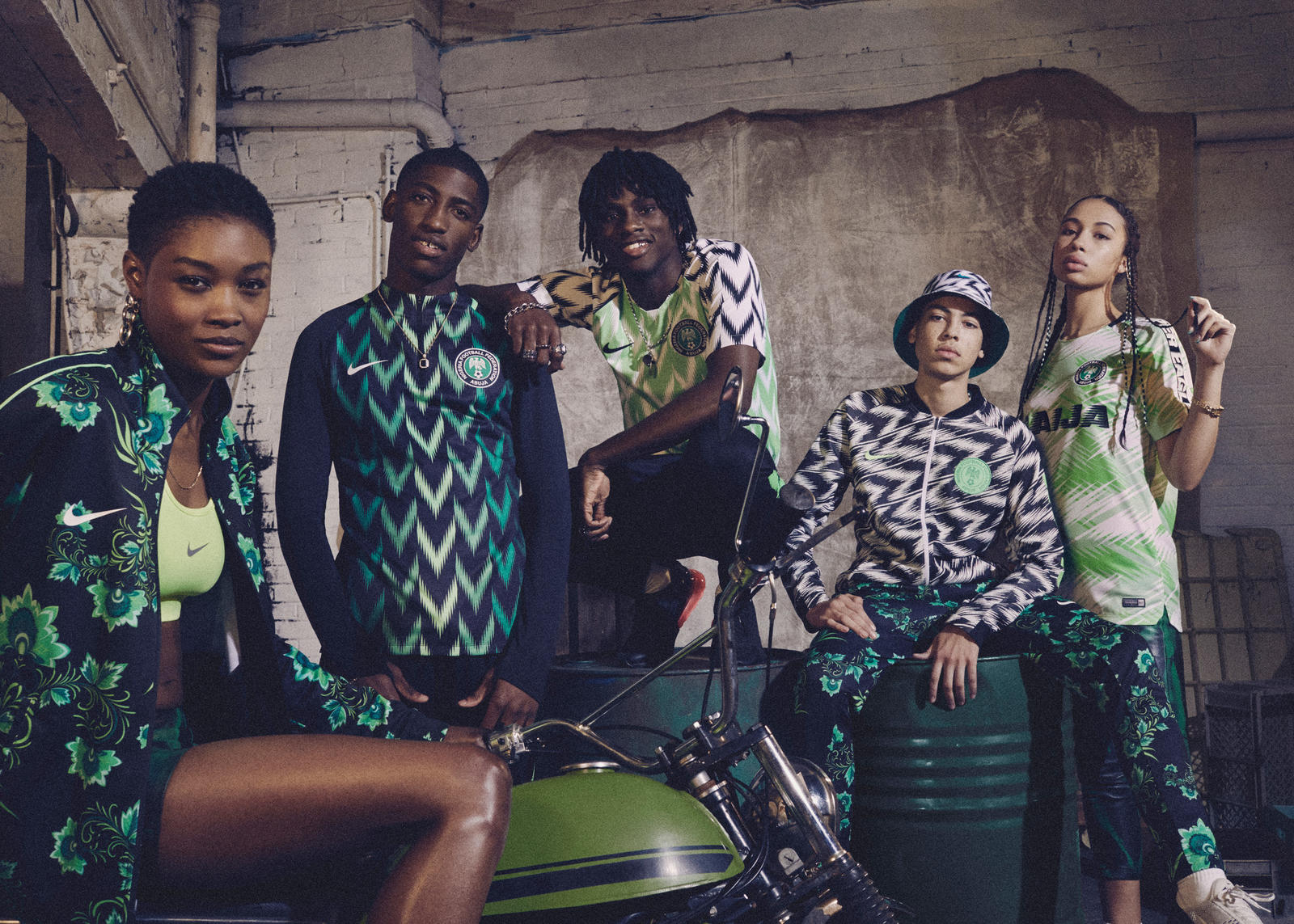 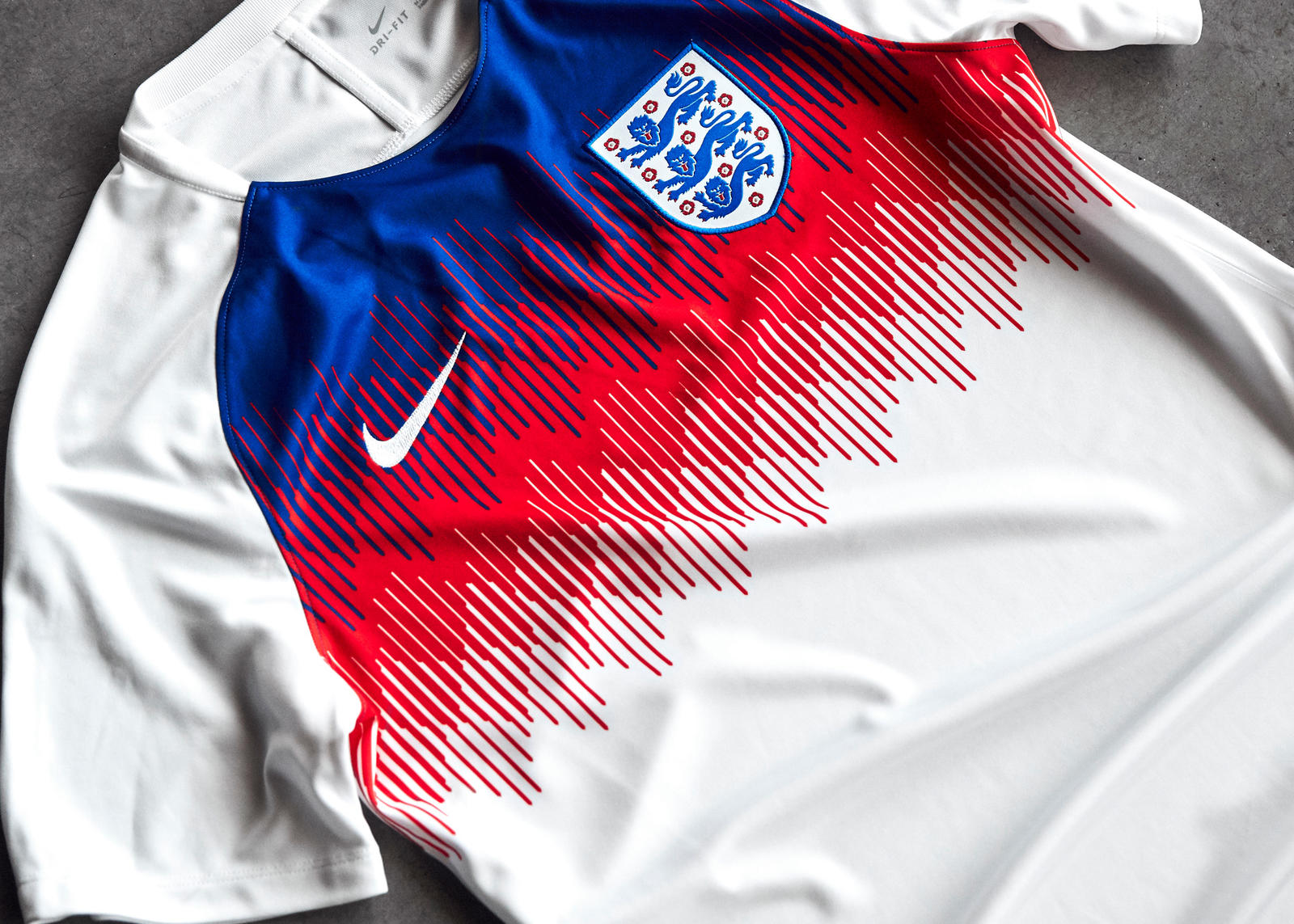 Throughout the four weeks of play in Russia, Nike's Believe campaign connected fans to athlete stories from the likes of Cristiano Ronaldo, Neymar Jr. and more. These films generated over 100m+ views and 50m+ engagements, and when combined with a series of special-edition off-pitch kits (including one from Berlin) and programs at BOX Msk in Moscow's Gorky Park (where over 1000 matches were played in the Korobka Rebels tournament and over 2500 people participated in jersey customization), cemented a special period for the beautiful game.

Nike Football Presents: We Won It In France