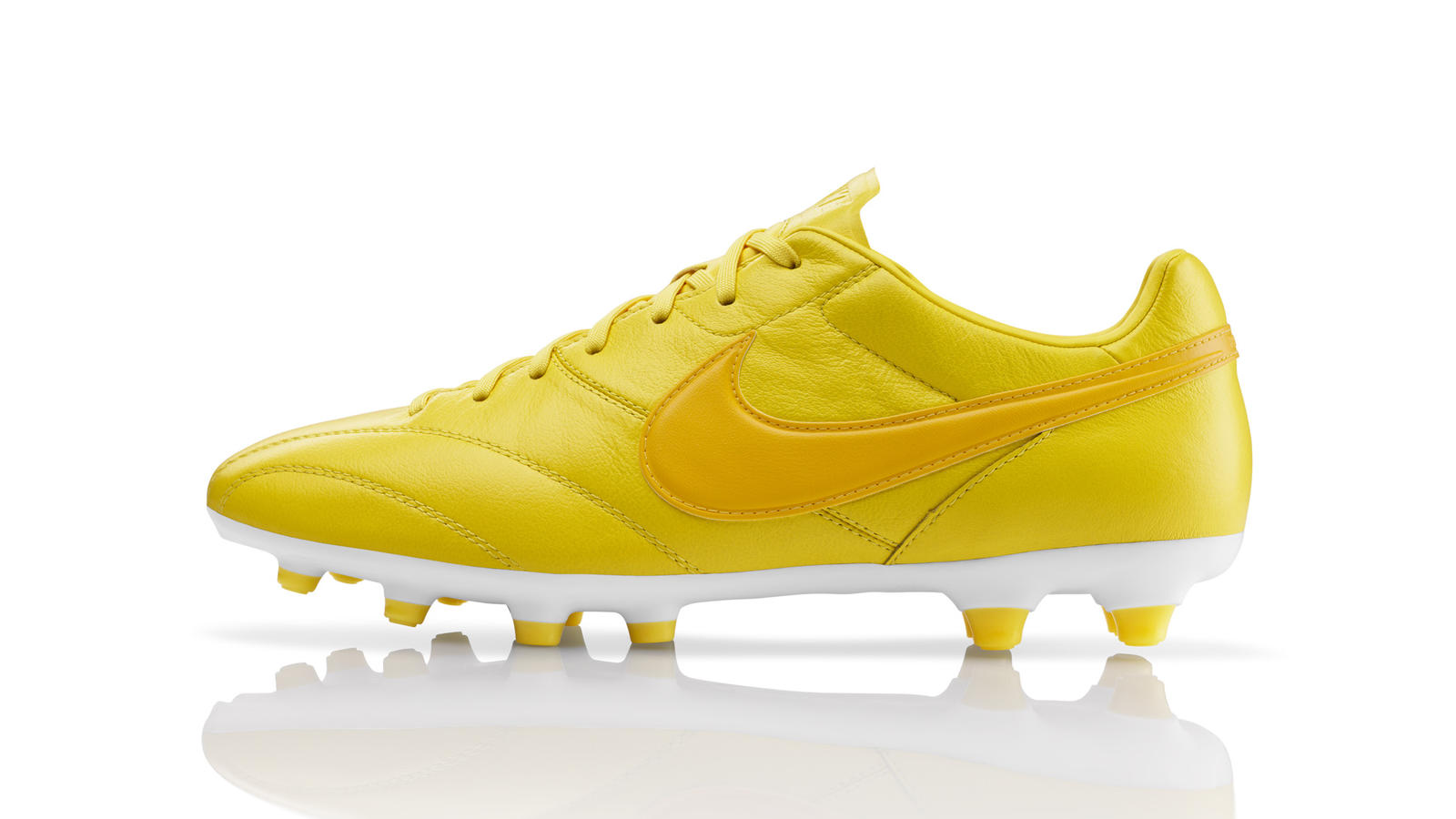 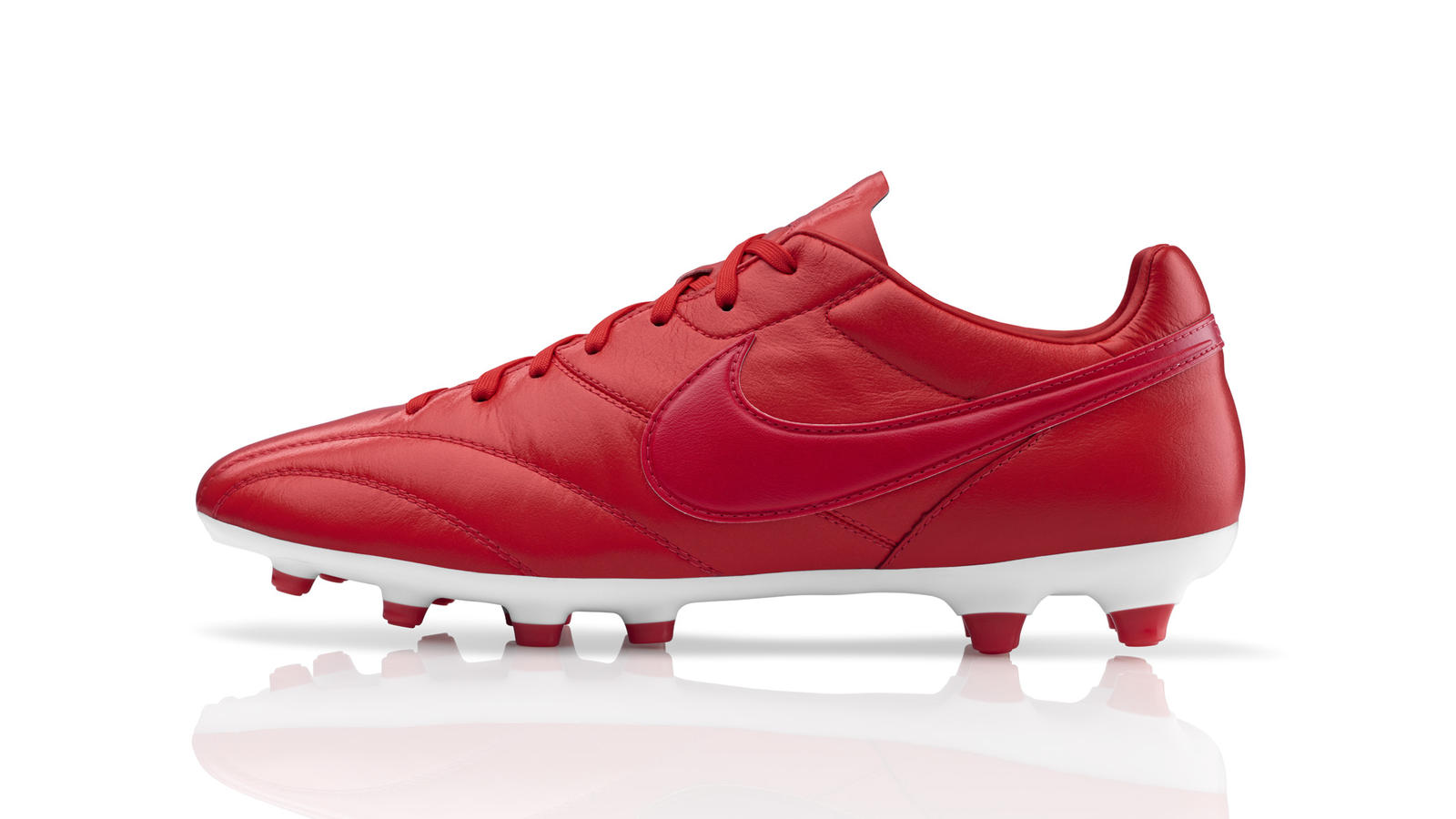 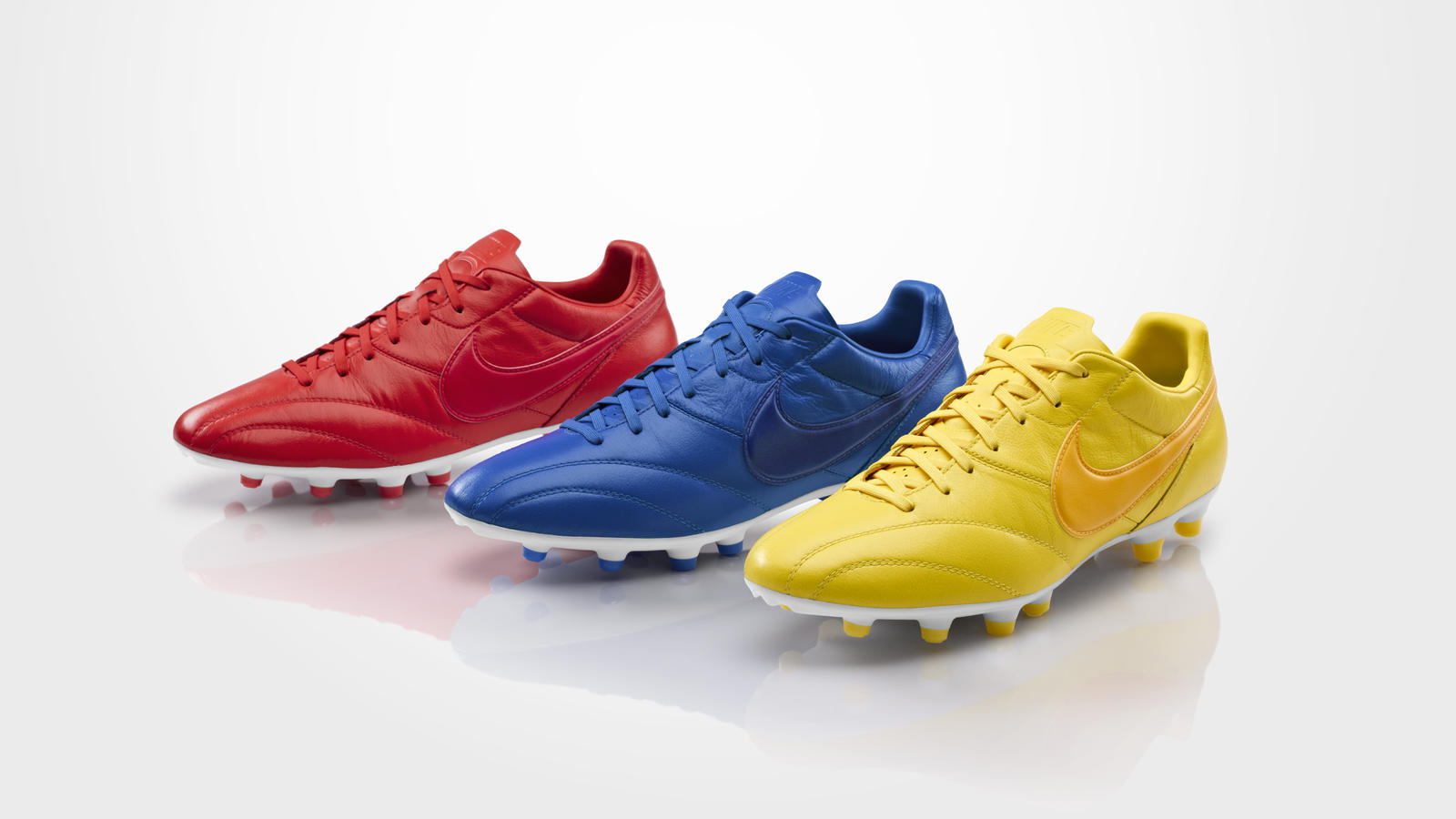 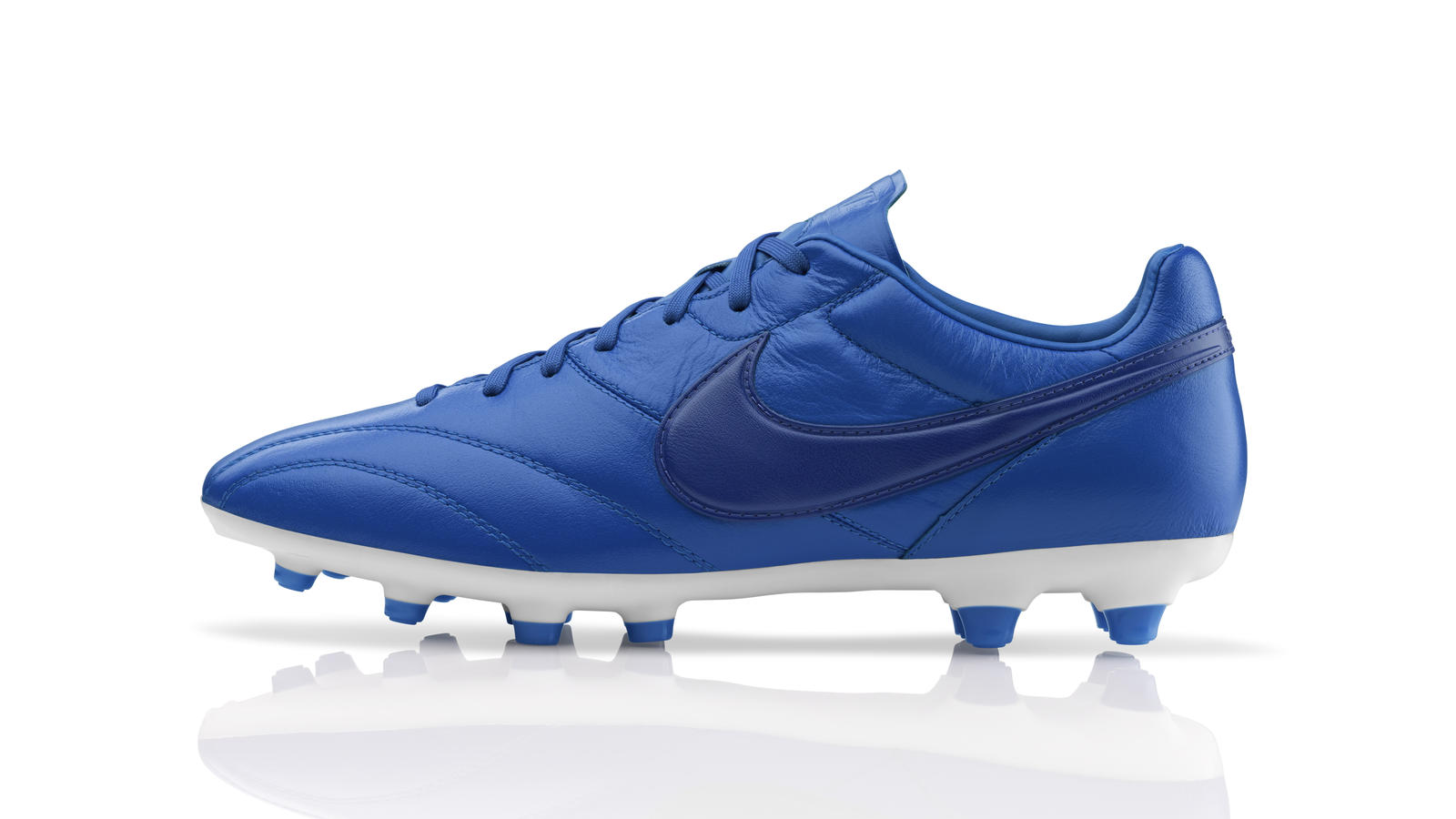 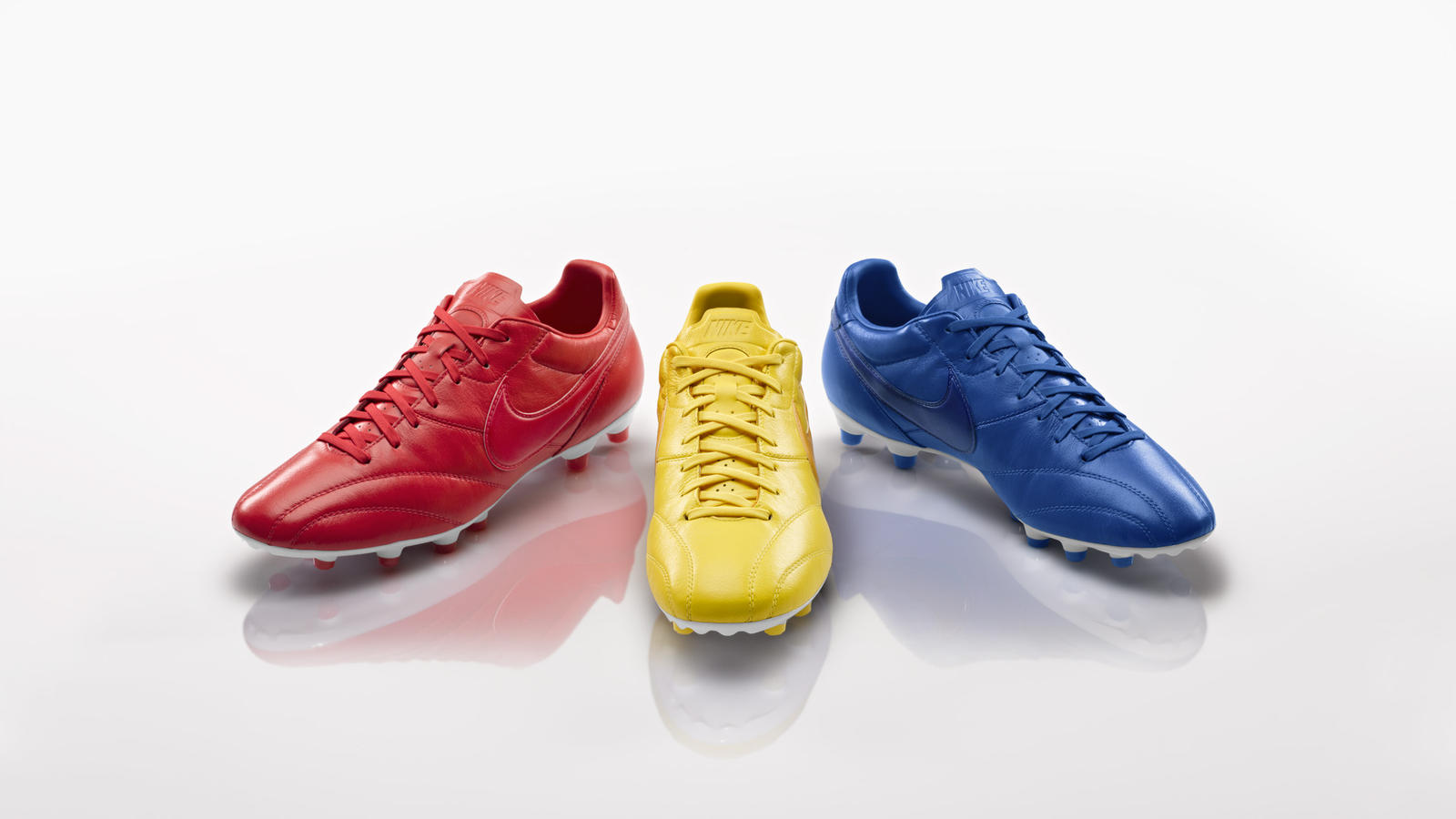 Earlier this year Nike launched the Nike Premier, a modern performance take on classic football boot design. The launch color was a defining black and white combination. For the latest incarnation of this timeless boot, Nike has created a limited edition run that celebrates three nations who have achieved glory on football's greatest stage: Brasil, England and France.

The Nike Premier Brasil Edition comes in a stand-out Tour Yellow and White color combination. France is represented by a vivid Treasure Blue and White whilst the England design comes in Crimson and White.

"When we showed players the first colorway of the Premier they said, 'It looks like a classic from the archives', but when they put it on they could feel that it has all the latest technology and performance insights," said Denis Dekovic, Footwear Design Director, Nike Football.   "The launch colorway has been extremely well received by our players from the elite level to grass roots football so we decided that we'd inject some vibrancy into the boot by bringing out these three colorways," added Dekovic.

Each boot features a predominantly one color upper with the stud-tips matching that color on a white-based sole plate. The sock liner features a graphic referencing the year(s) the respective country was crowned champions.

The premium leather used for the upper sets the benchmark for softness and feel for leather-based boots while the transitional flex in the sole plate provides a firm mid foot combined with a flexible and responsive forefoot.

The sole plate design provides excellent traction on a variety of surfaces. The boot also uses Nike's most anatomical last to-date, as seen on the Nike Hypervenom, which helps place the foot closer to the ball and ground for greater foot-to-ball feel and touch.

The Nike Premier Brasil, England and France Editions are available on Dec. 6 at Nike.com.