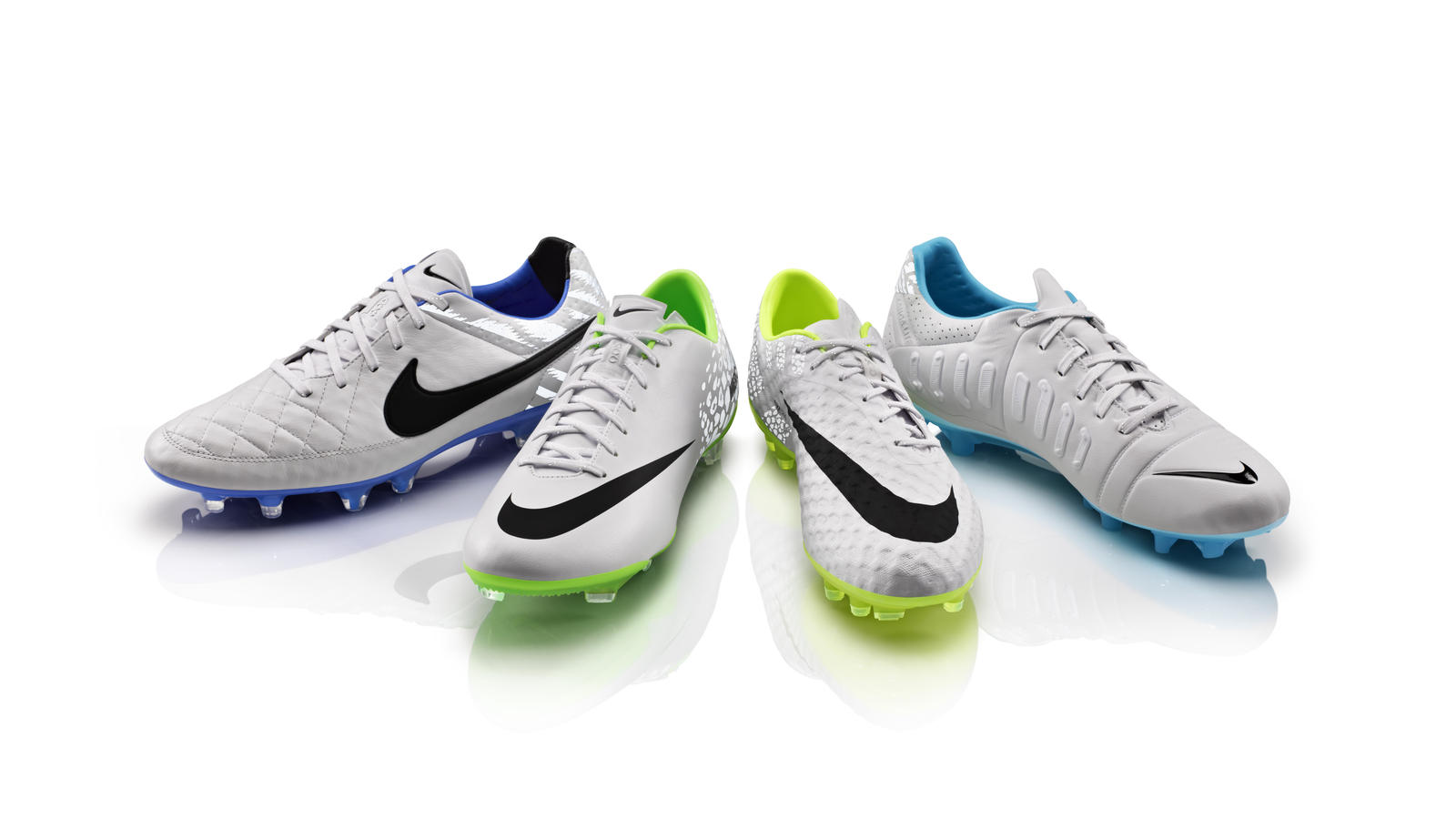 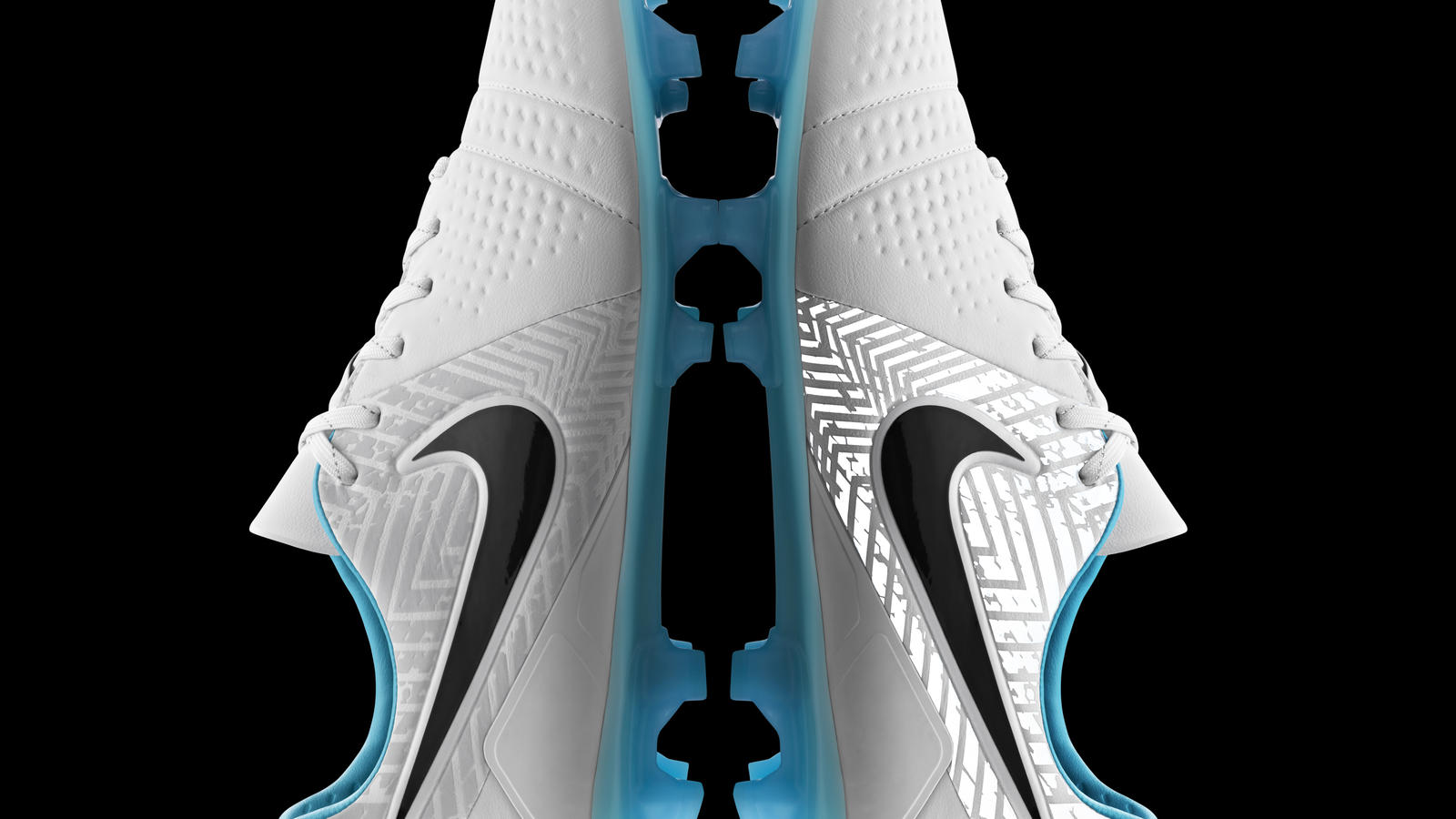 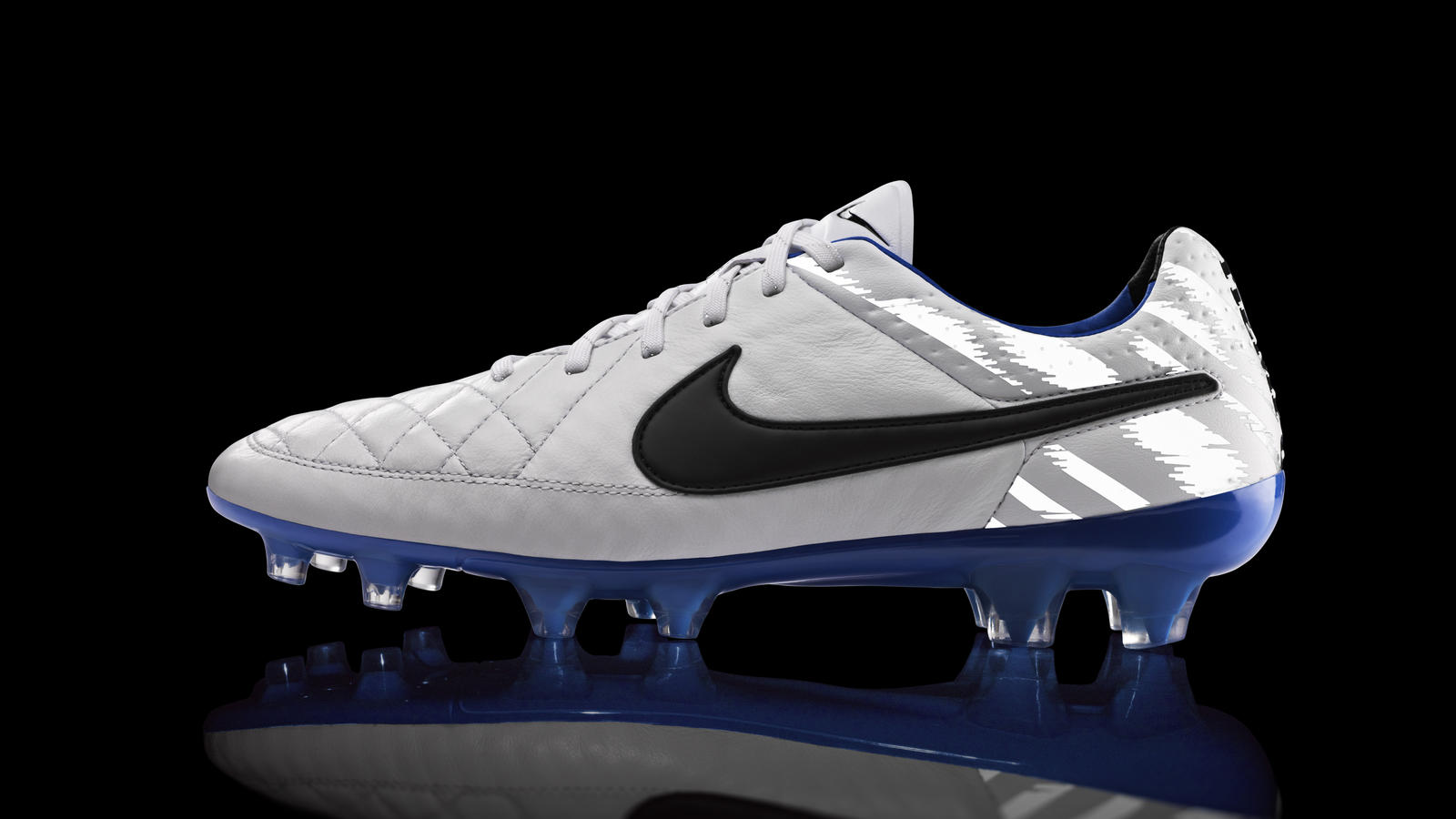 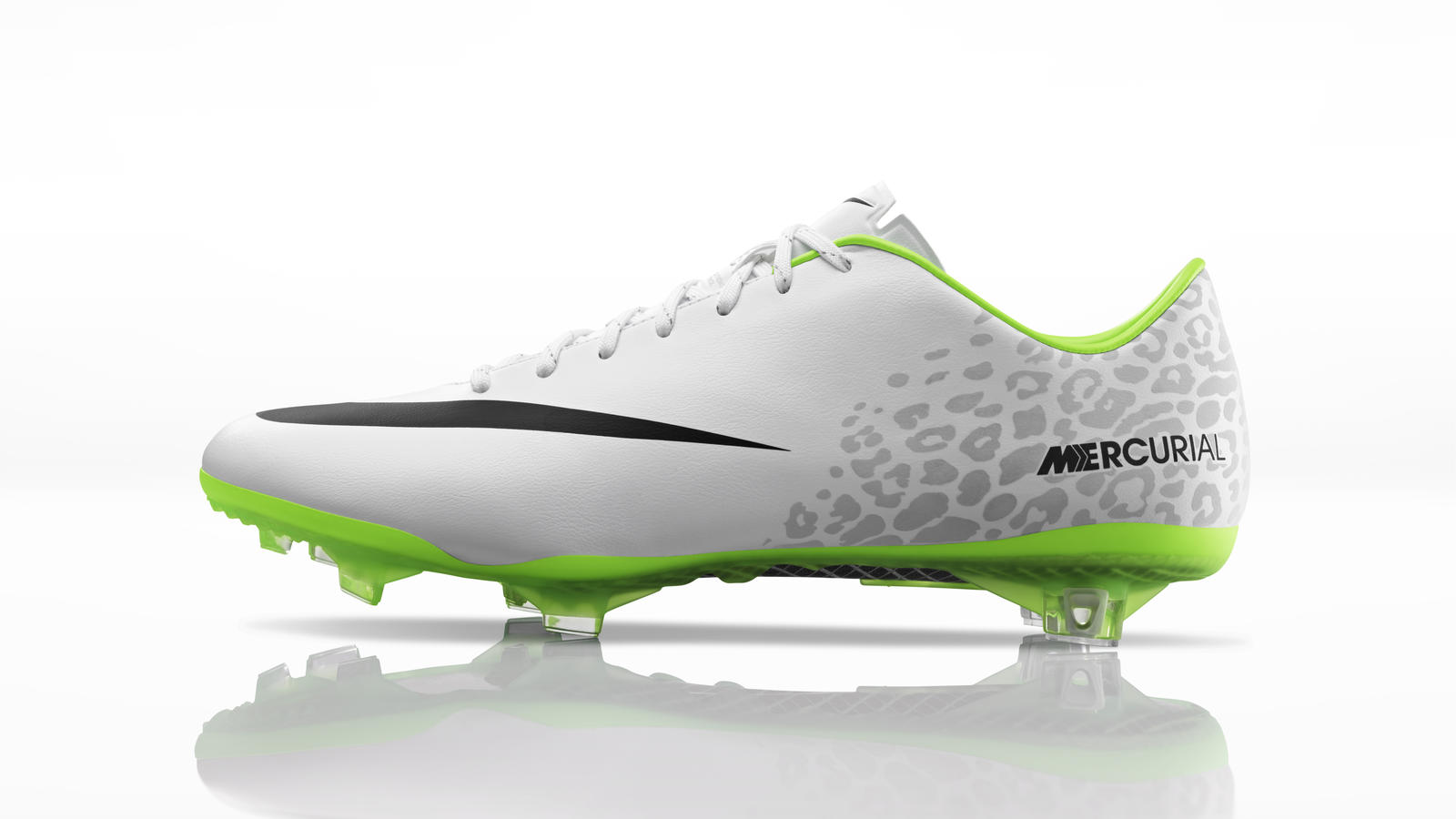 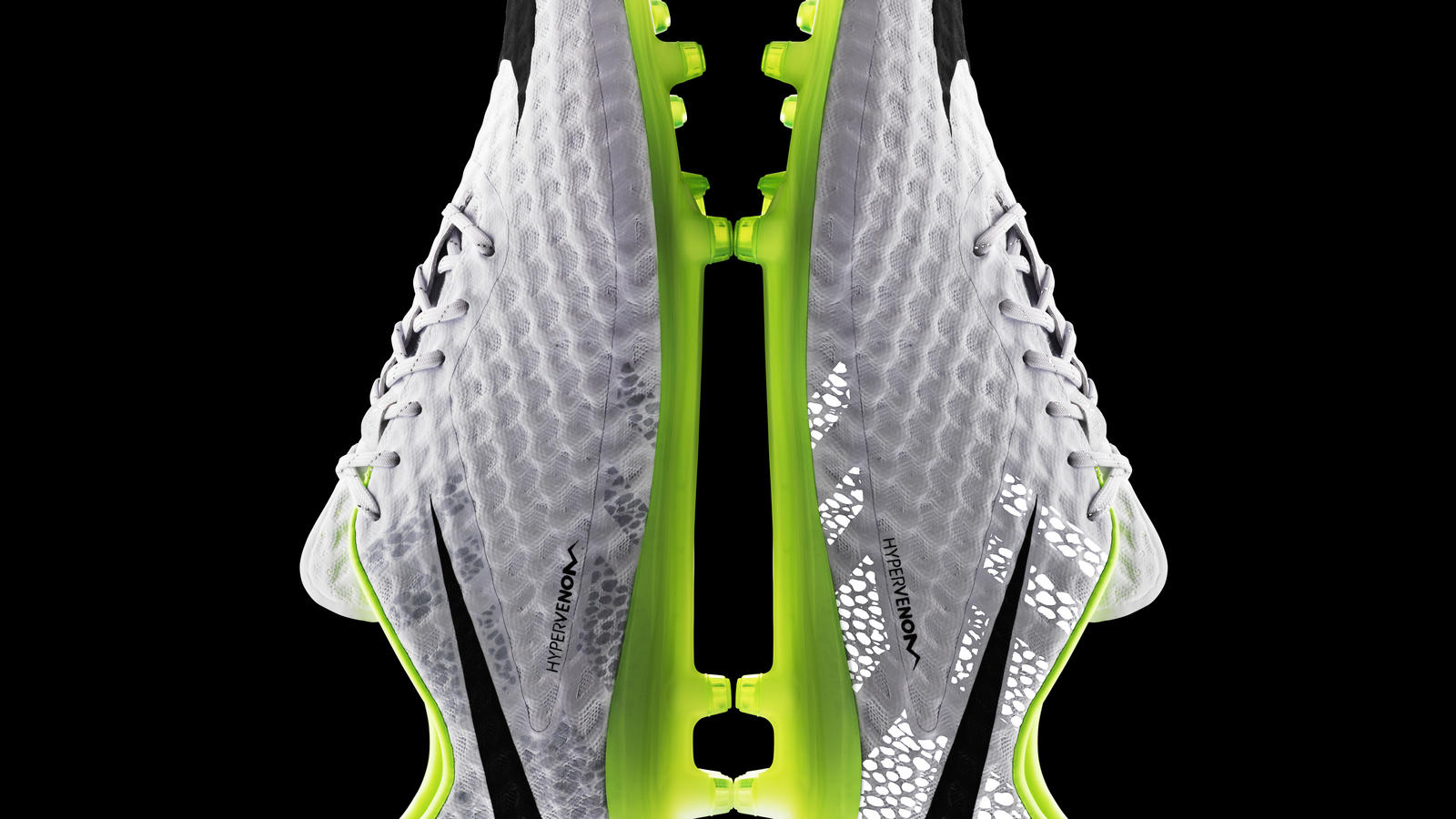 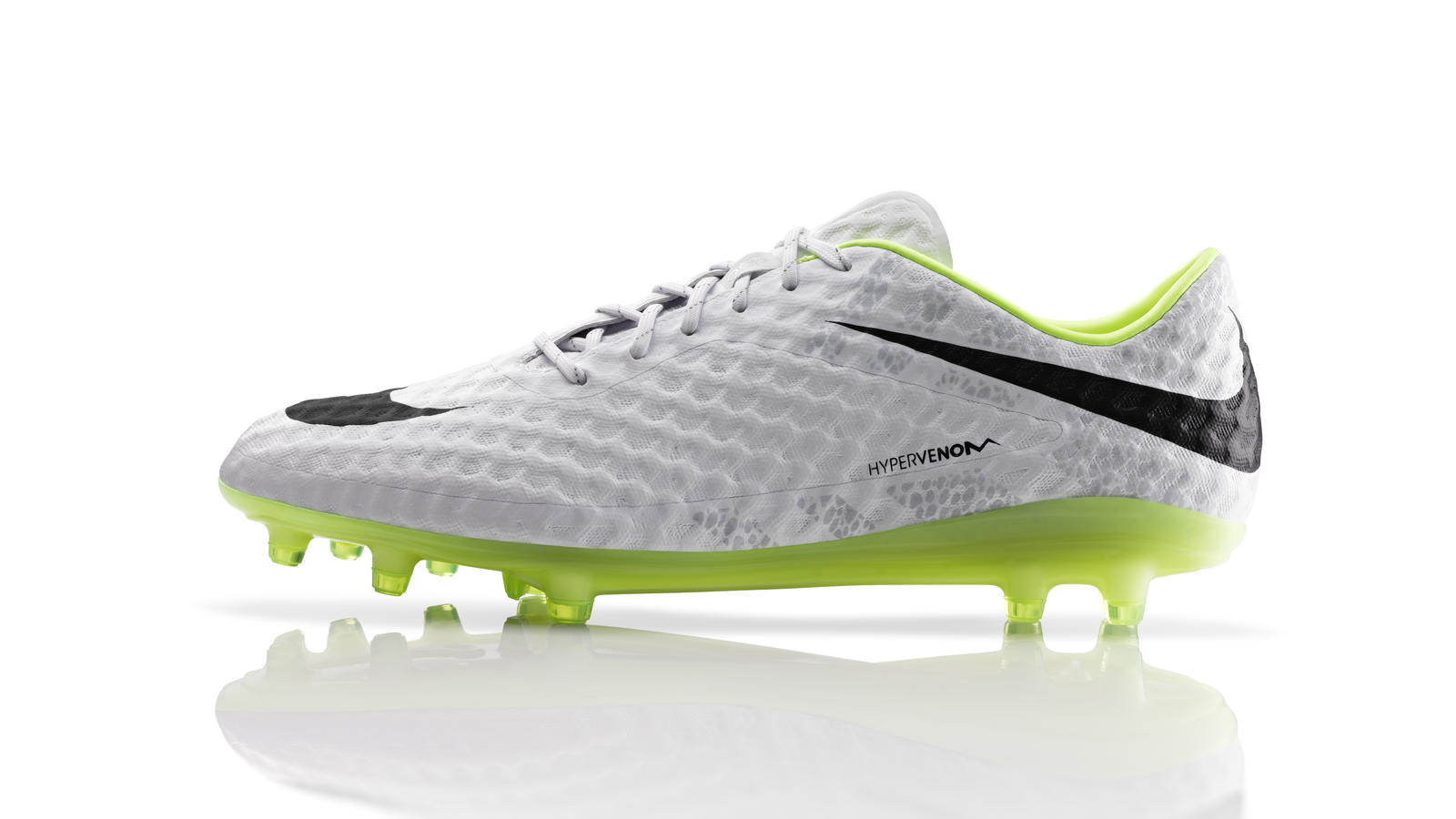 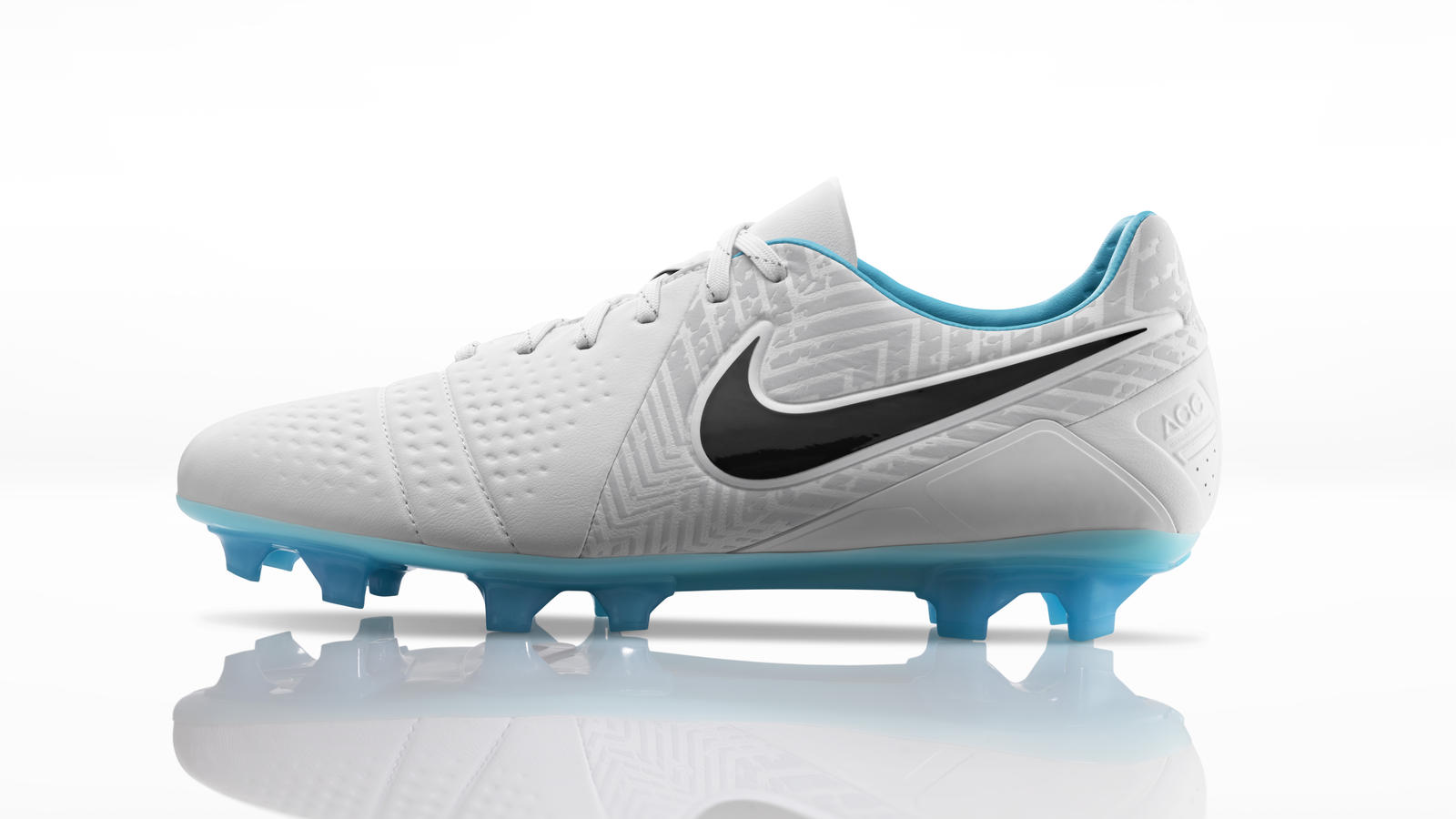 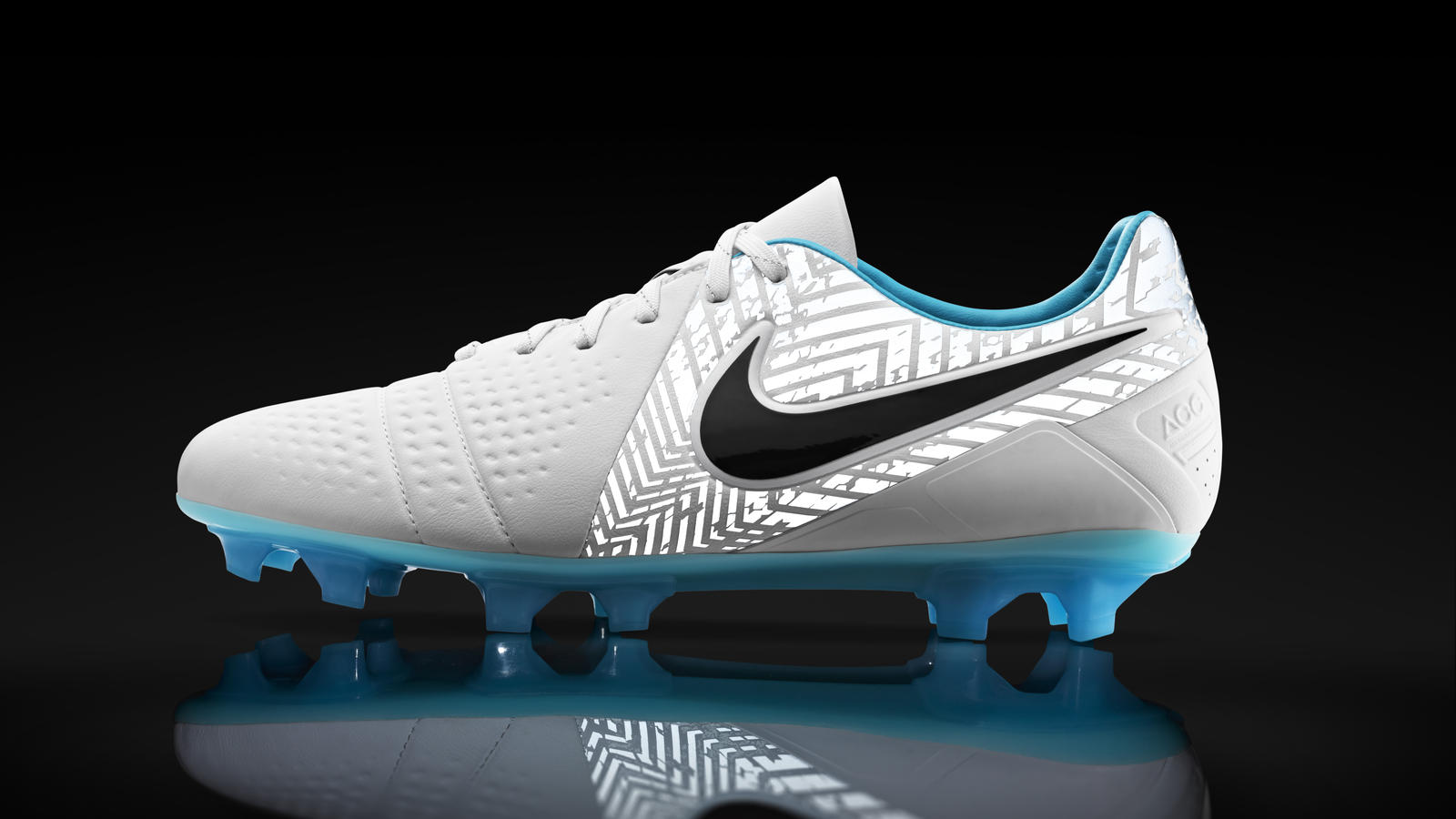 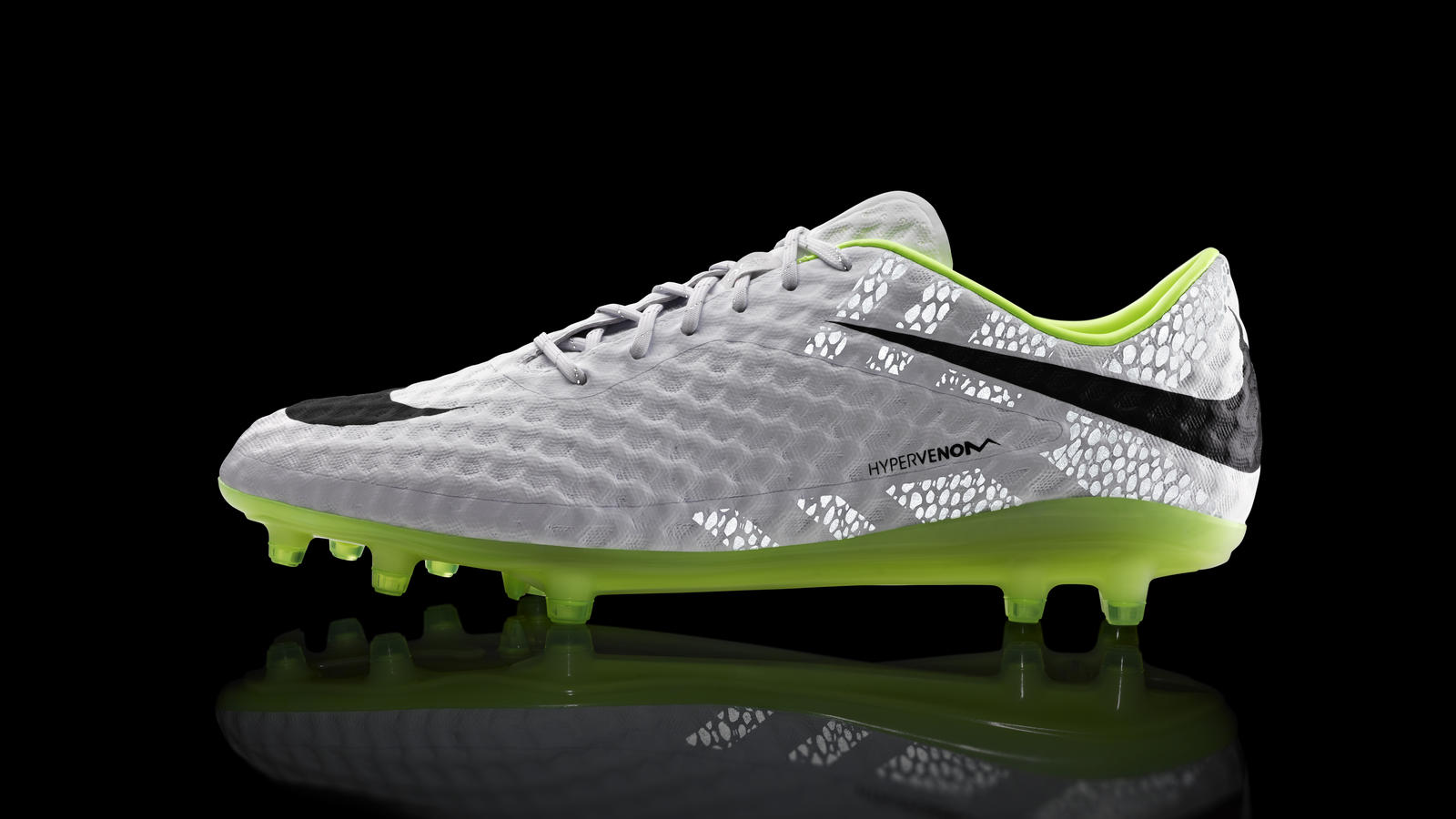 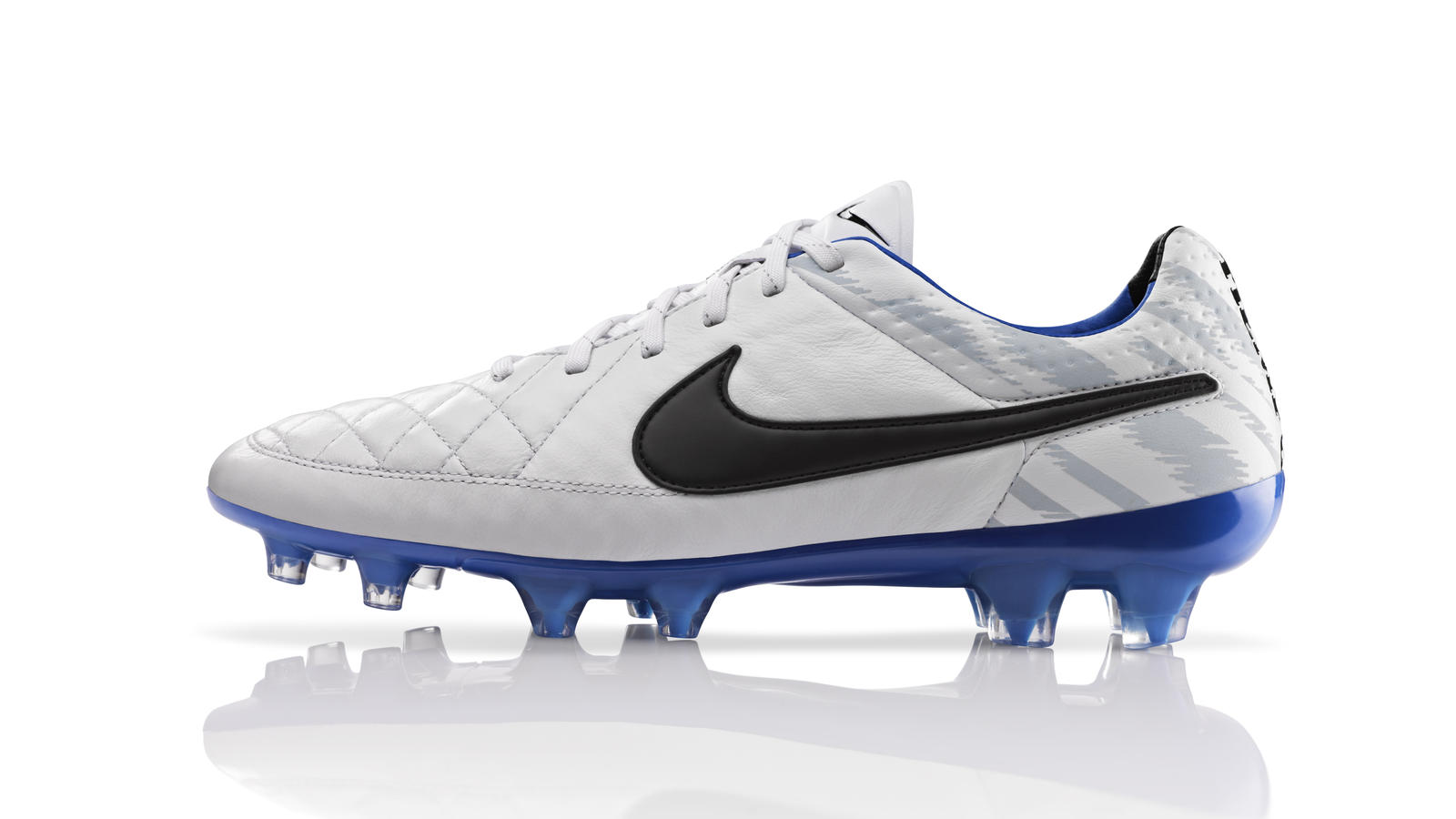 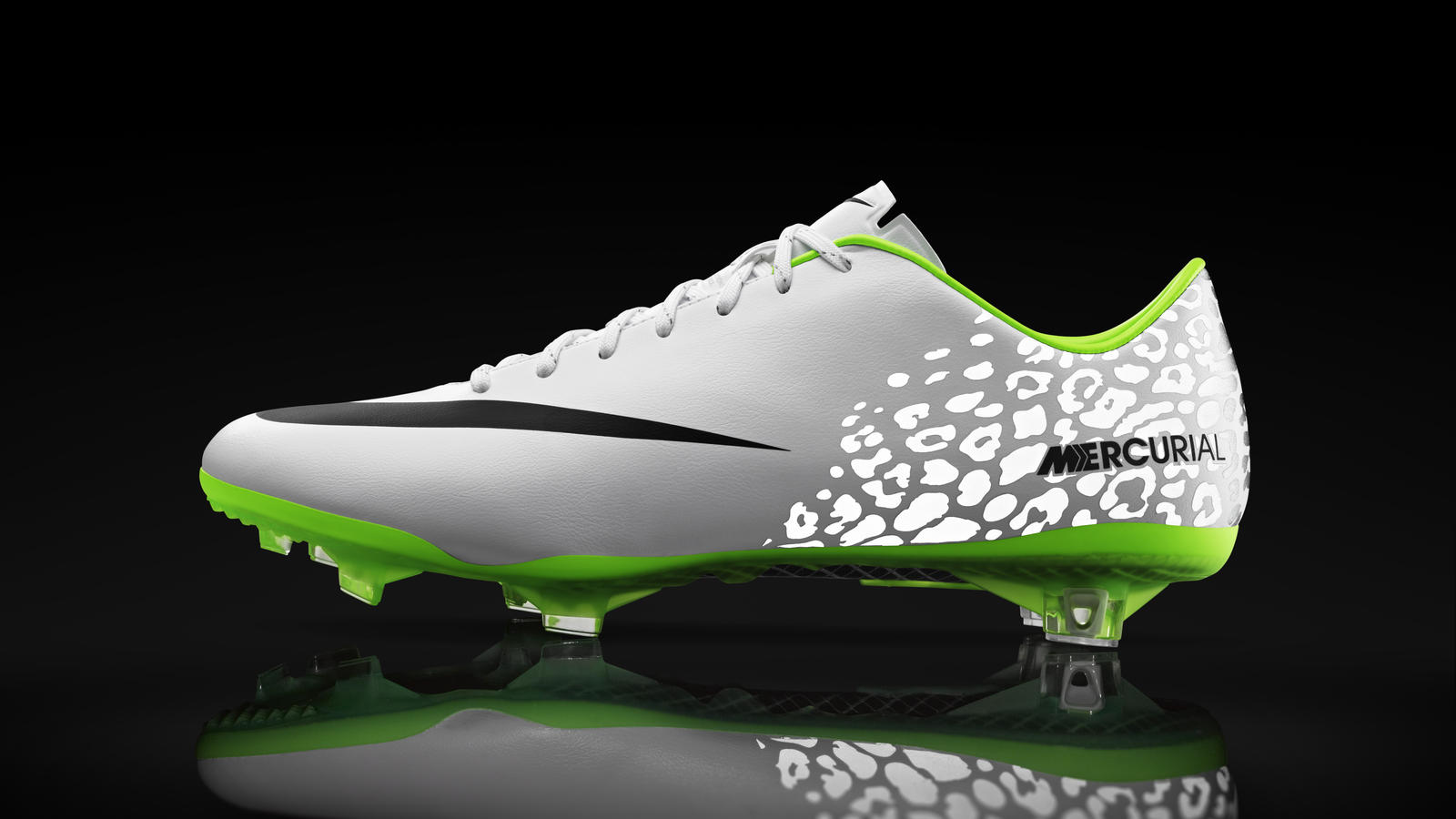 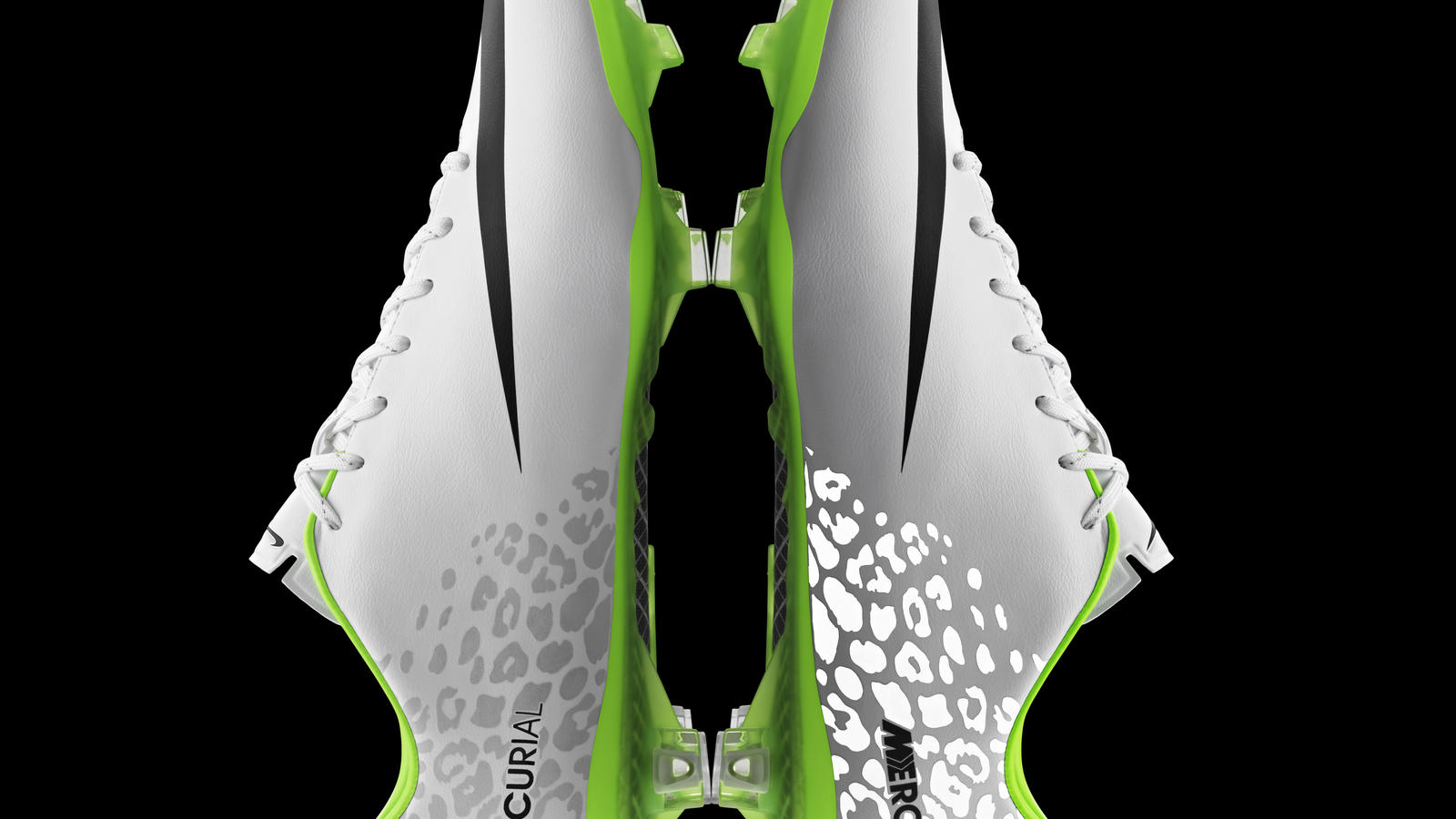 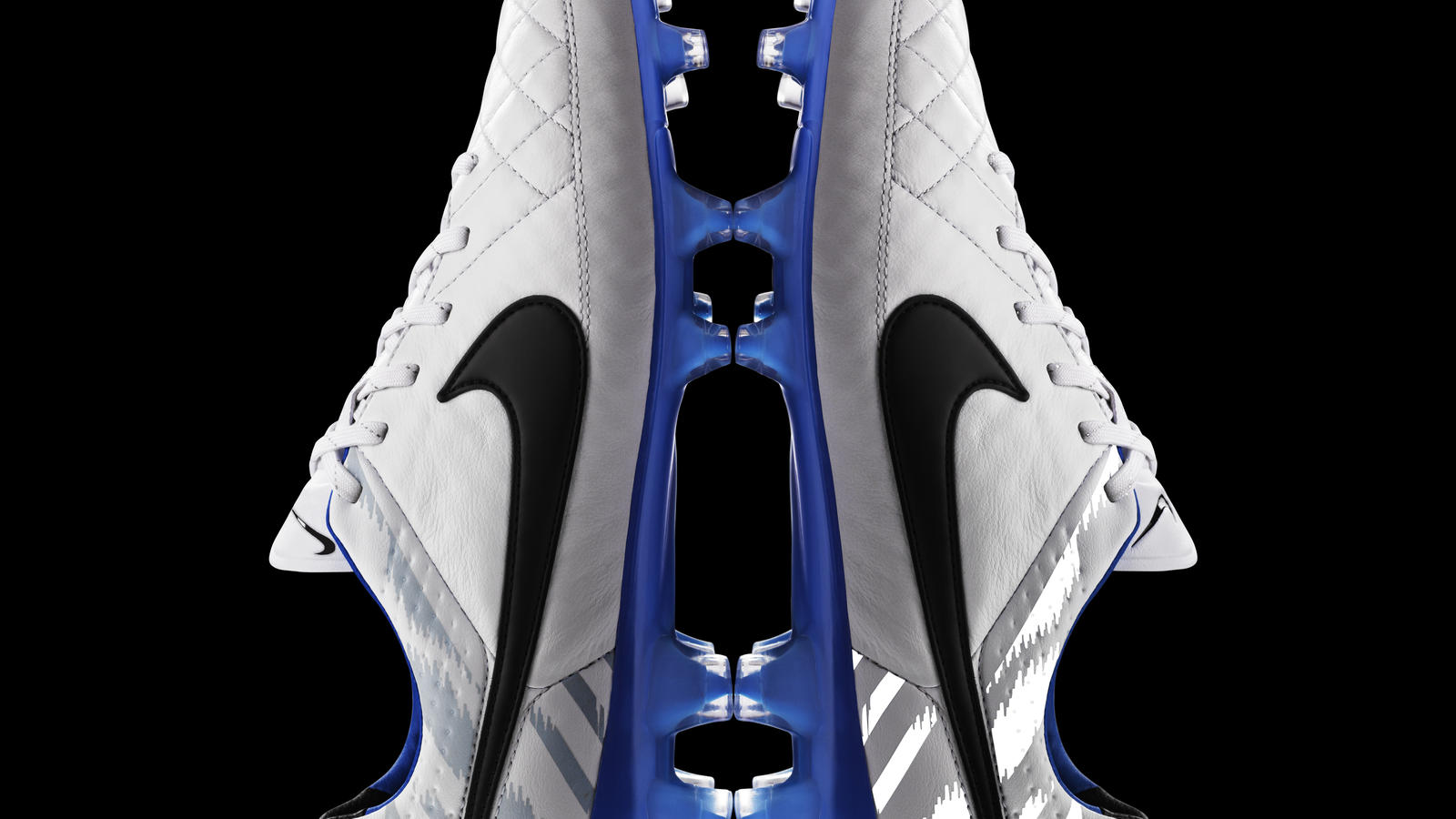 Nike Football today revealed its latest boot collection for Holiday '13.  The four-silo Flash Pack features some of Nike’s top boots including the Hypervenom, Mercurial, Tiempo and CTR360 in a bright white boot with distinct reflective design patterns over the back heel area.

Each of the four boots features a unique silver reflective blocking design that speaks to the boot’s silo and is inspired by some of nature’s most magnificent creatures.

The Hypervenom’s reflective area is reptilian-inspired, while the Mercurial’s leopard-like print pays homage to the boot’s speed heritage. The Tiempo’s lion-esque leadership qualities are apparent in it’s own reflective print, while the CTR360 takes its print inspiration from various birds of prey.

The sock liners feature skeletal graphics of the respective animal inspiration with a color cue to identify each silo even more distinctly.

“We wanted to create an intuitive predator pattern to accentuate each silo’s attitude. We used a white-based concealed graphic so that on first look it seems like a straightforward design, but with closer inspection you see some of those unique graphics,” said Denis Dekovic, Design Director, Nike Football.

The Flash Pack is now available on Nike.com.