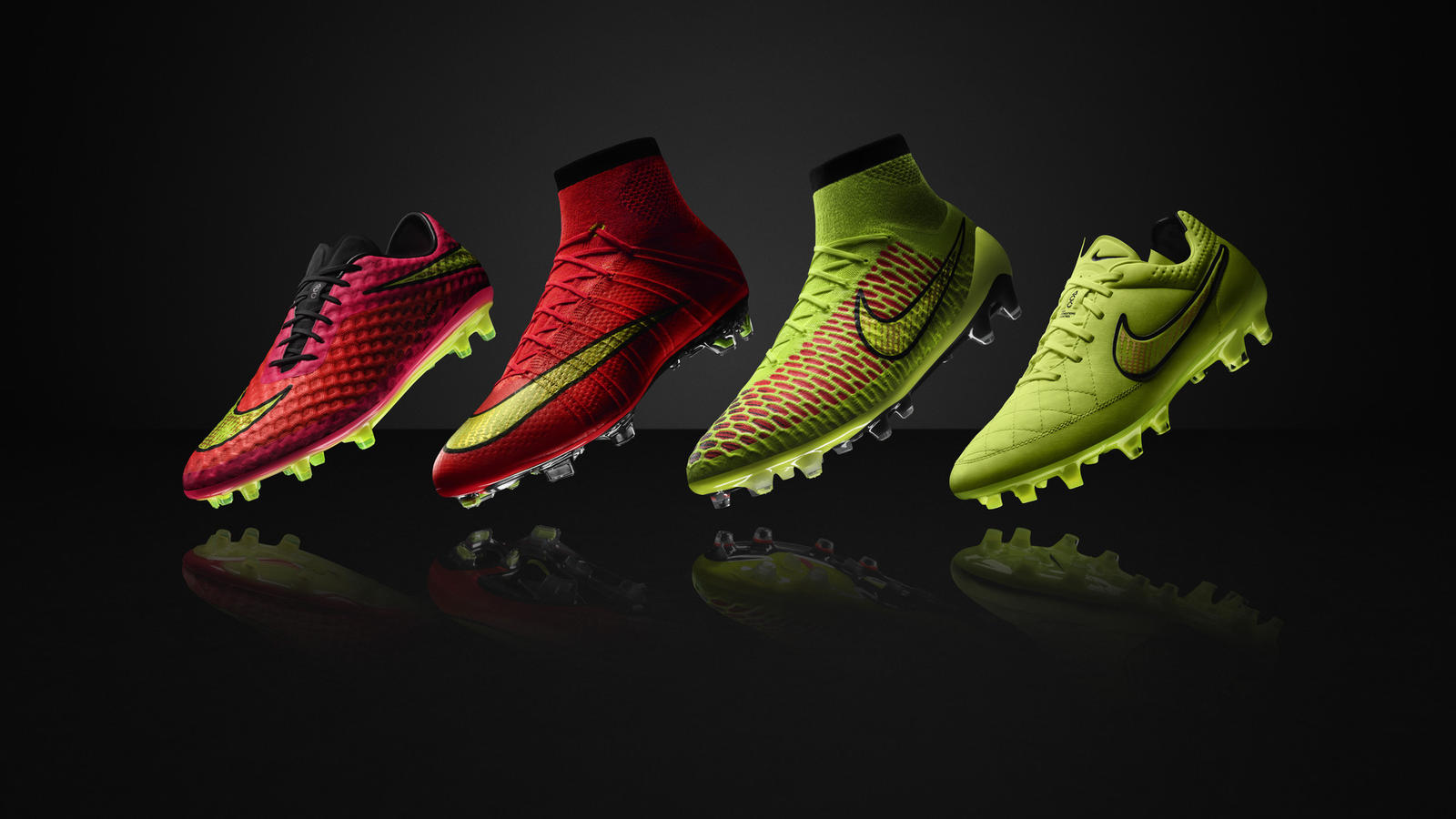 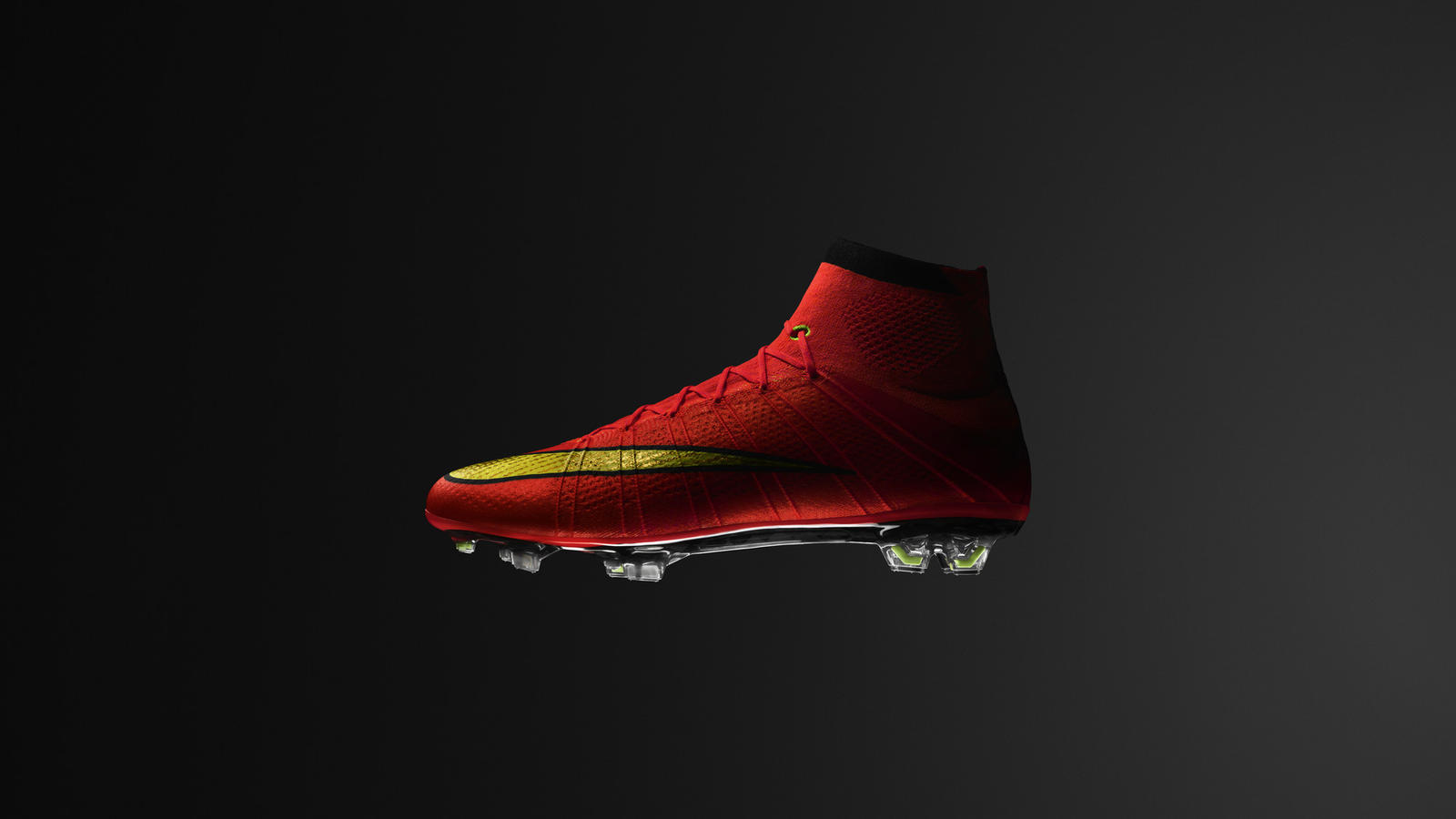 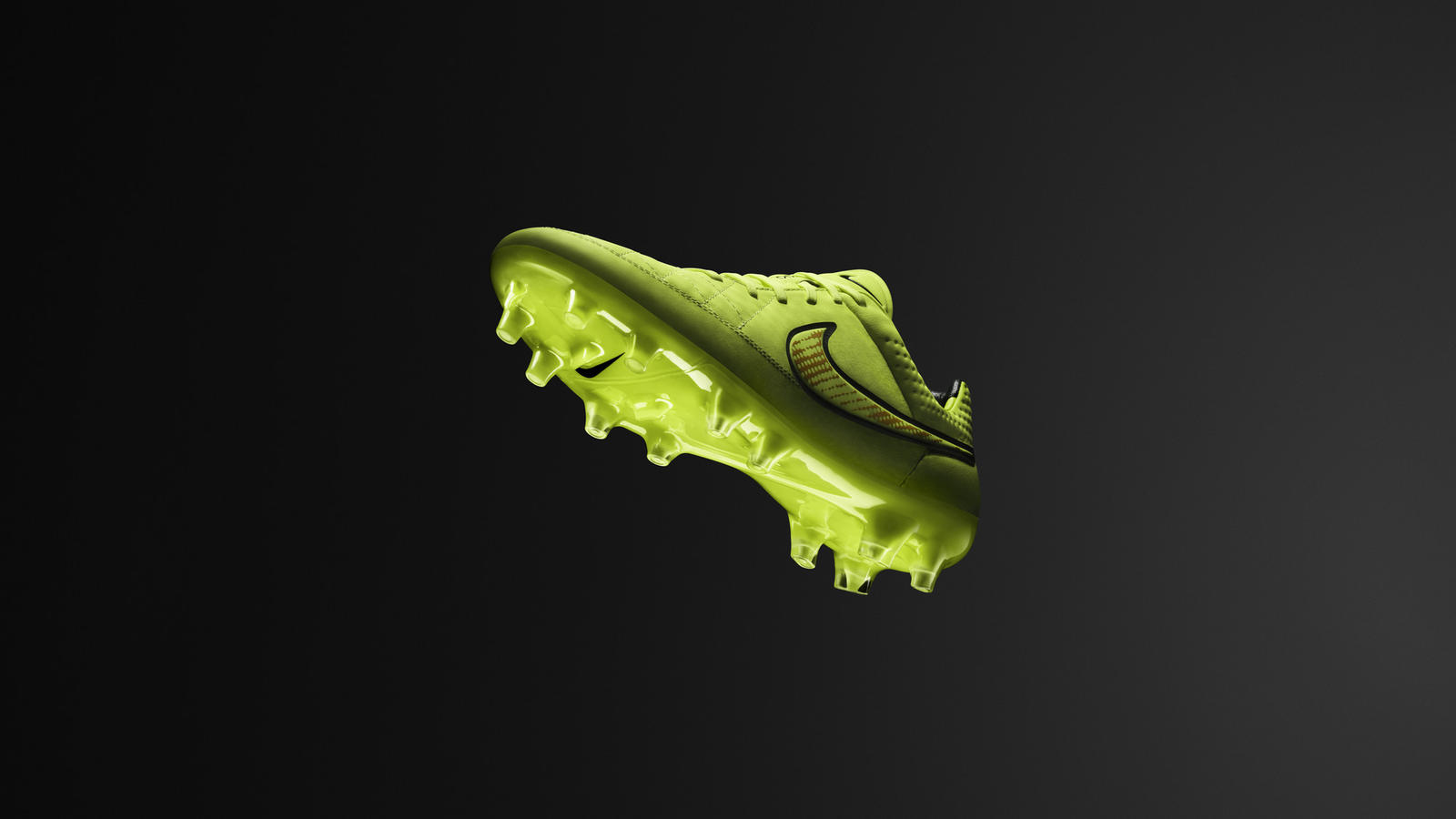 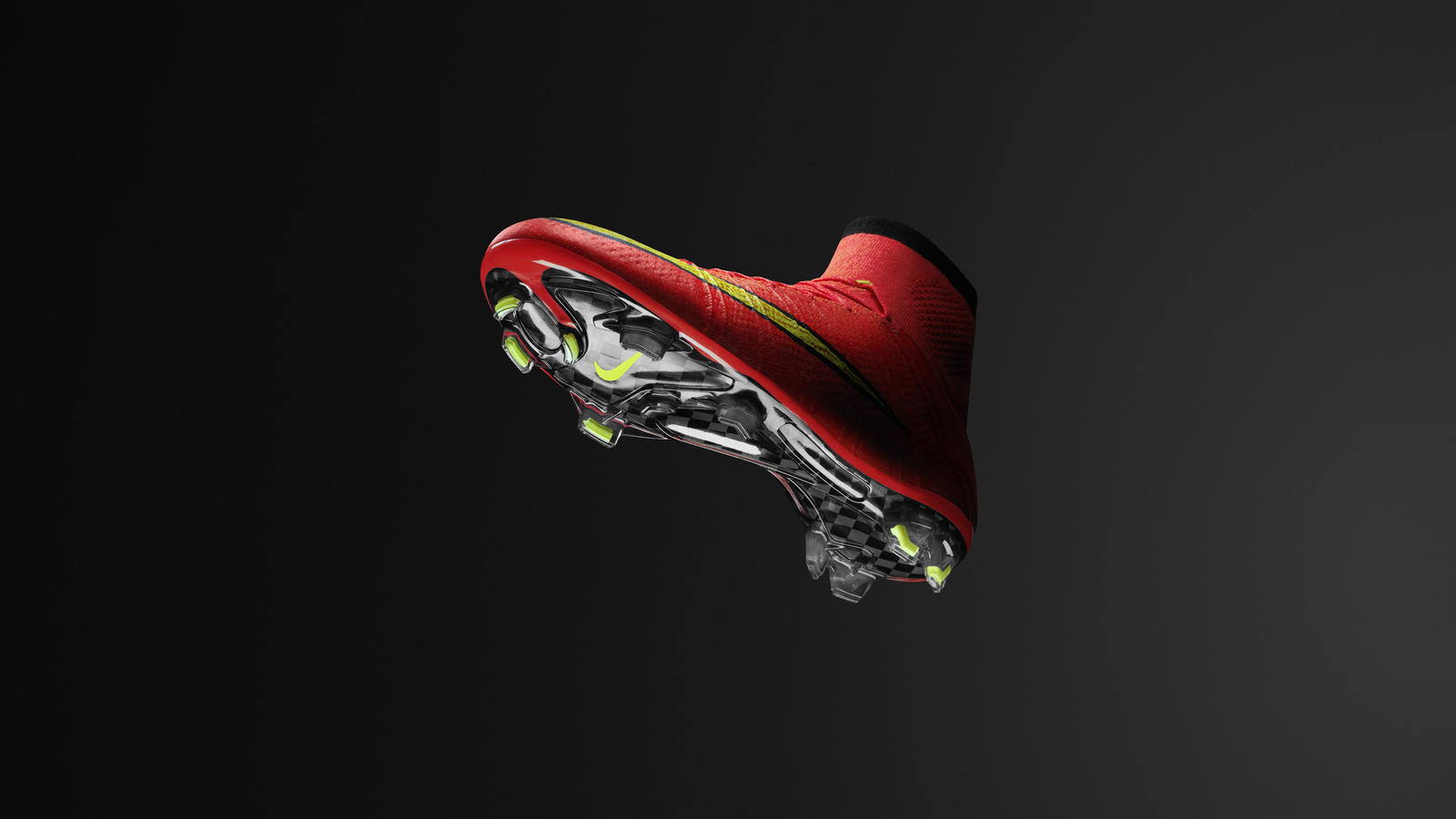 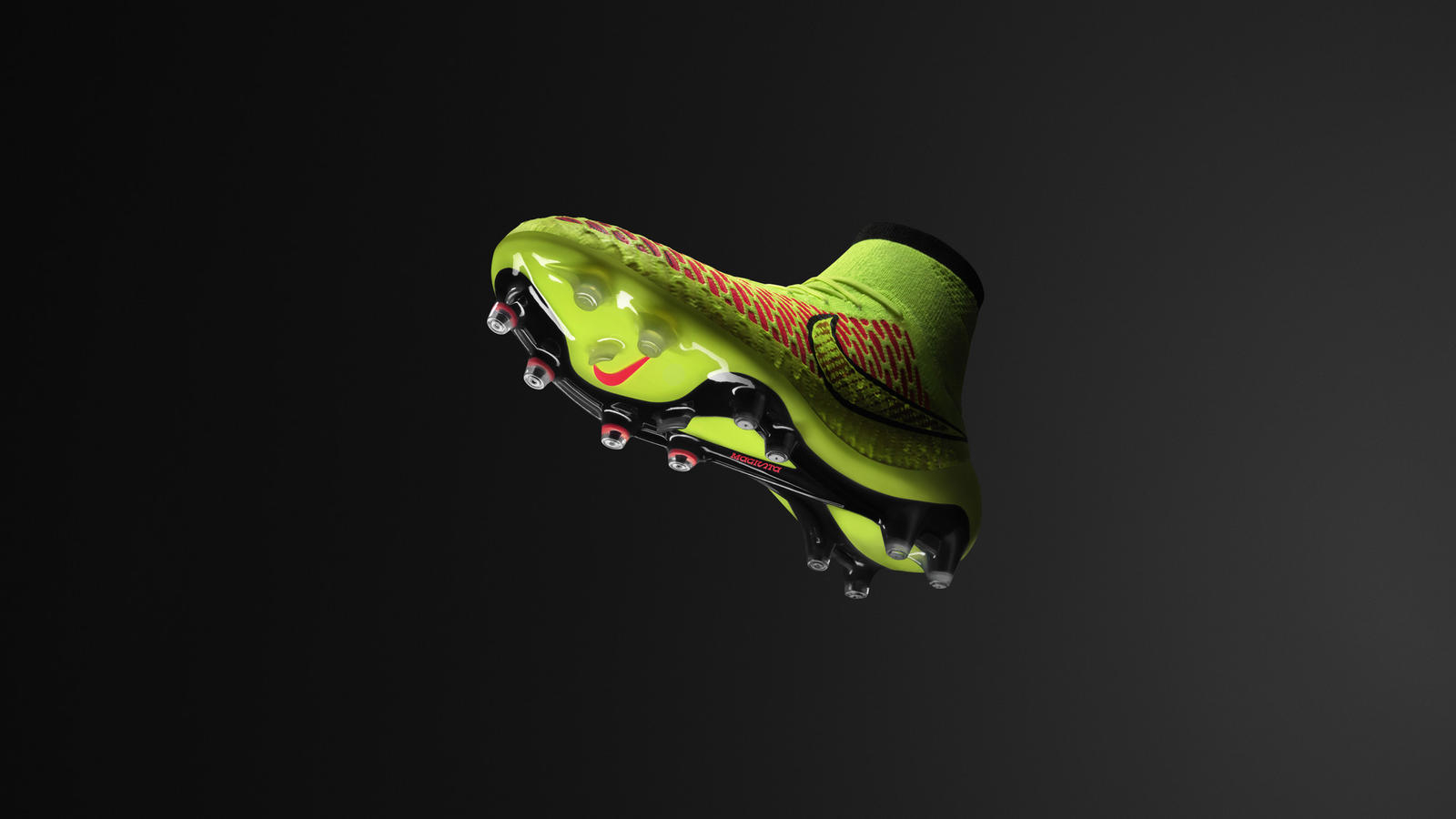 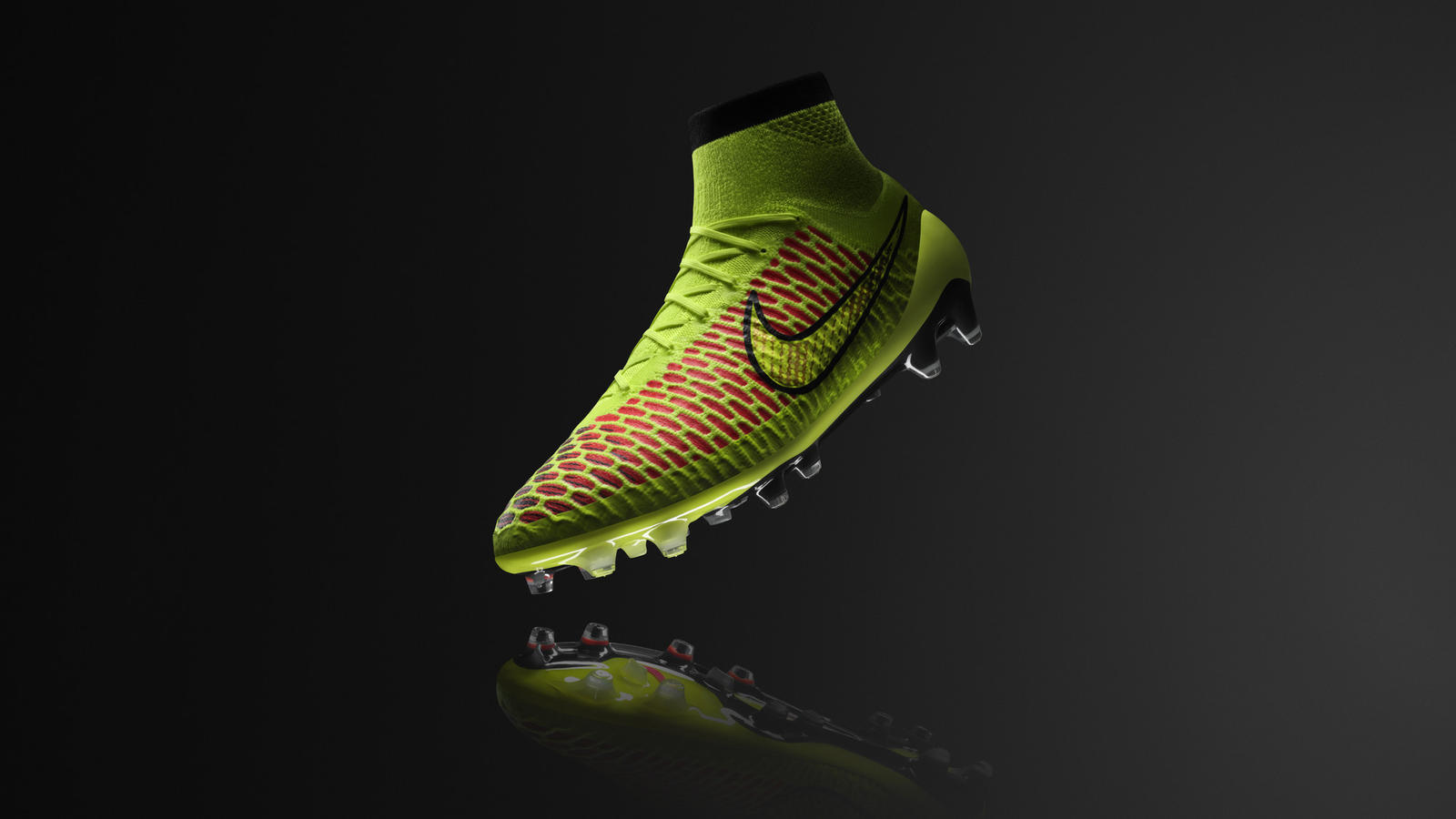 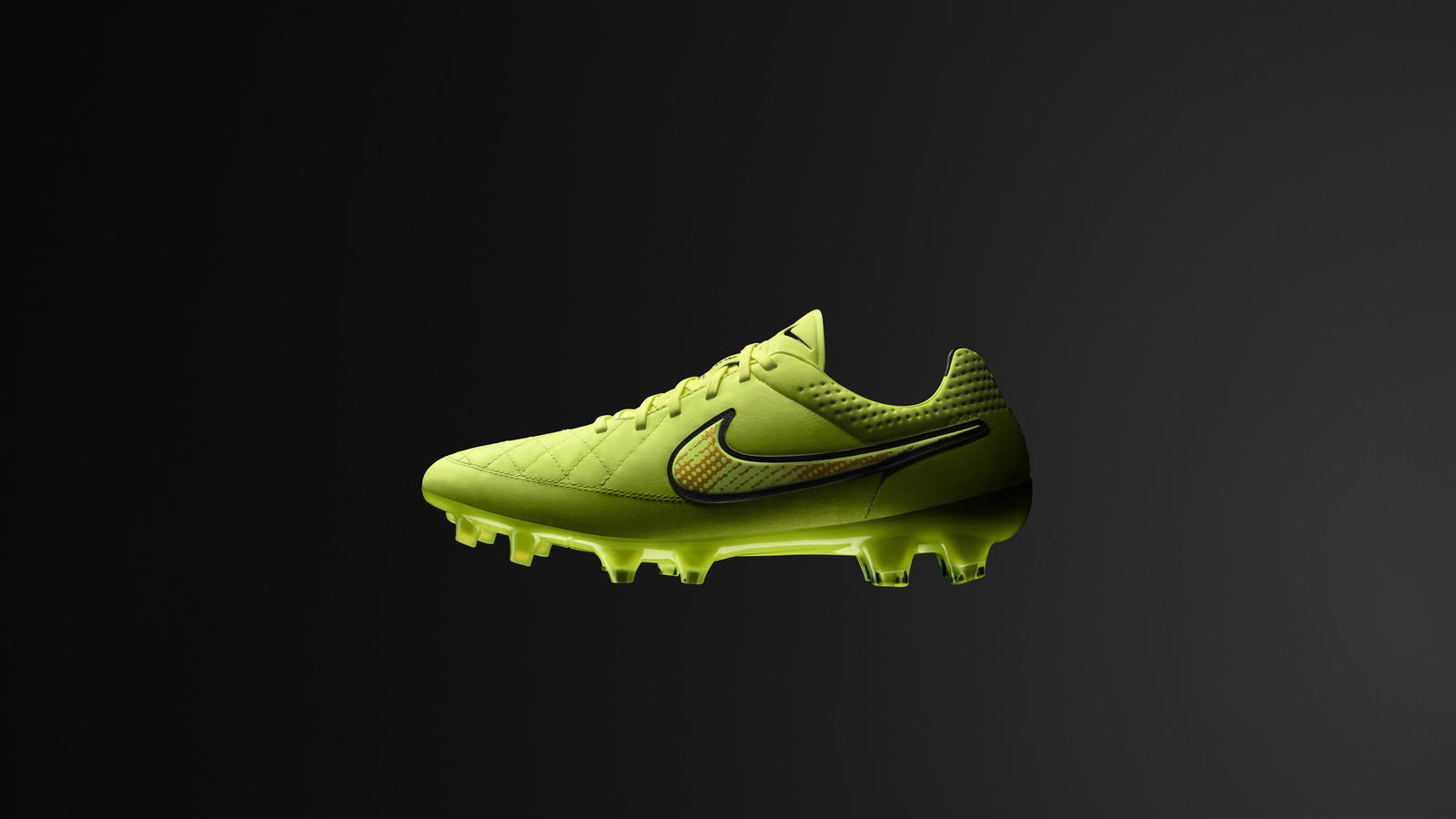 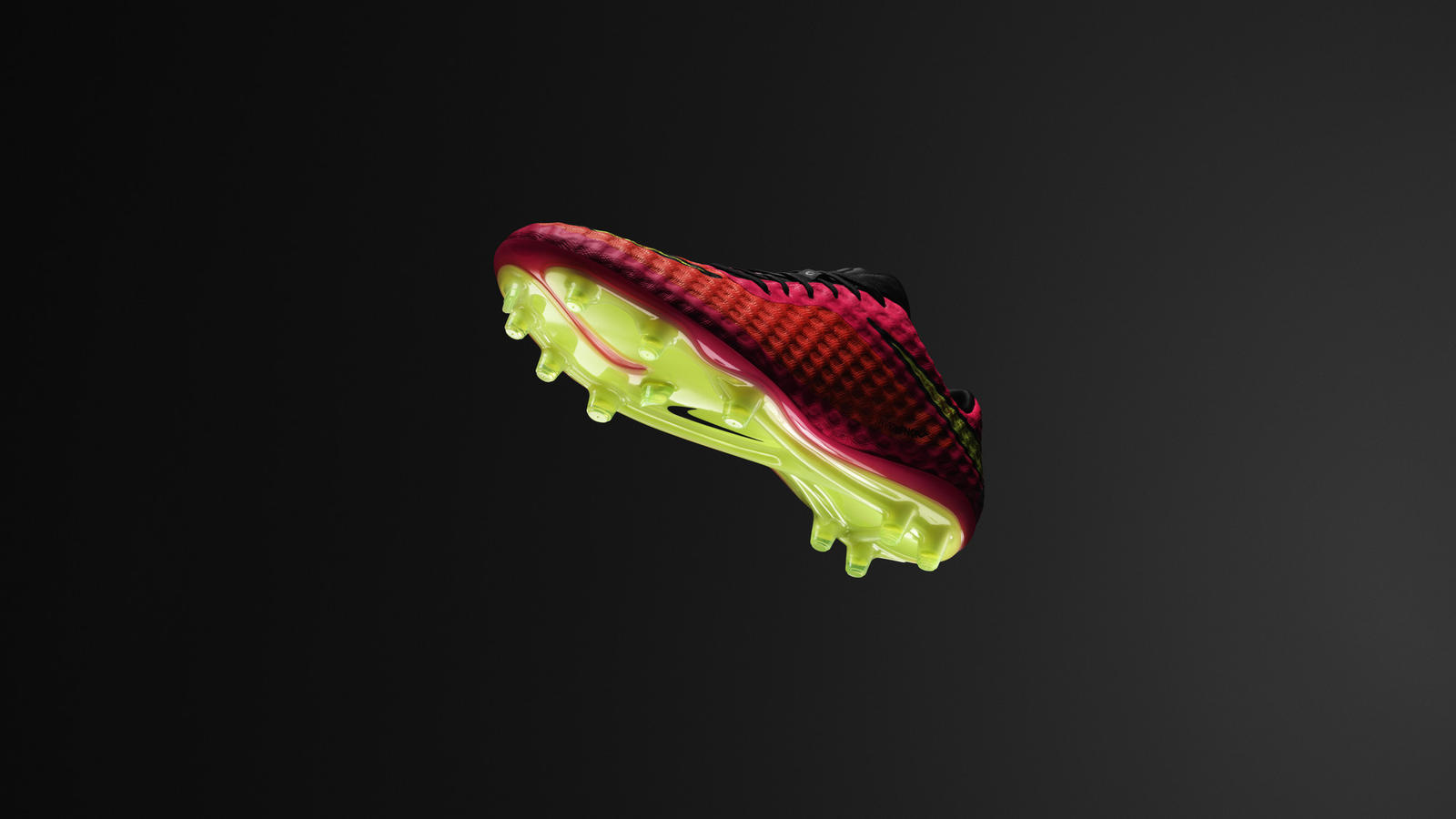 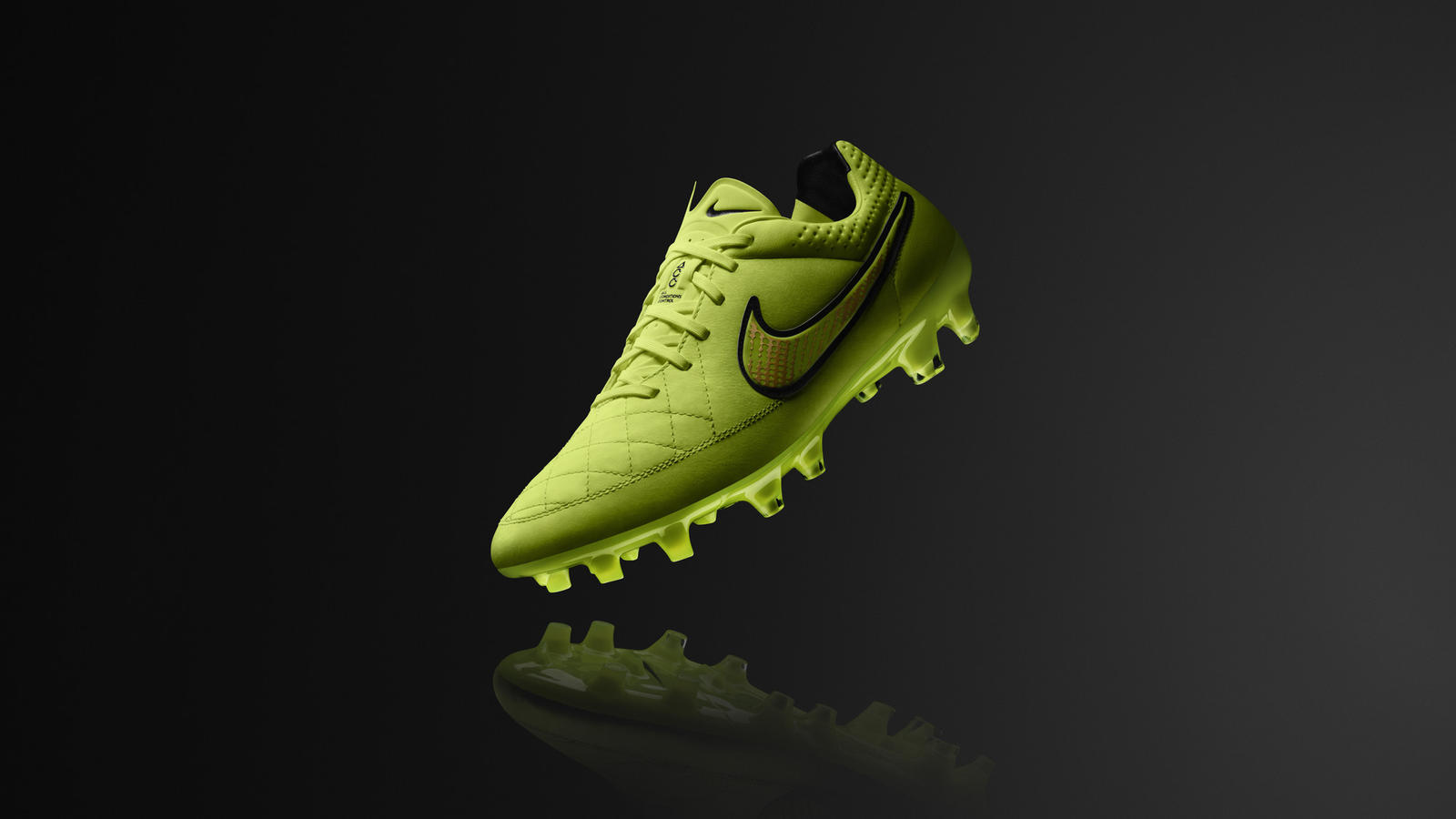 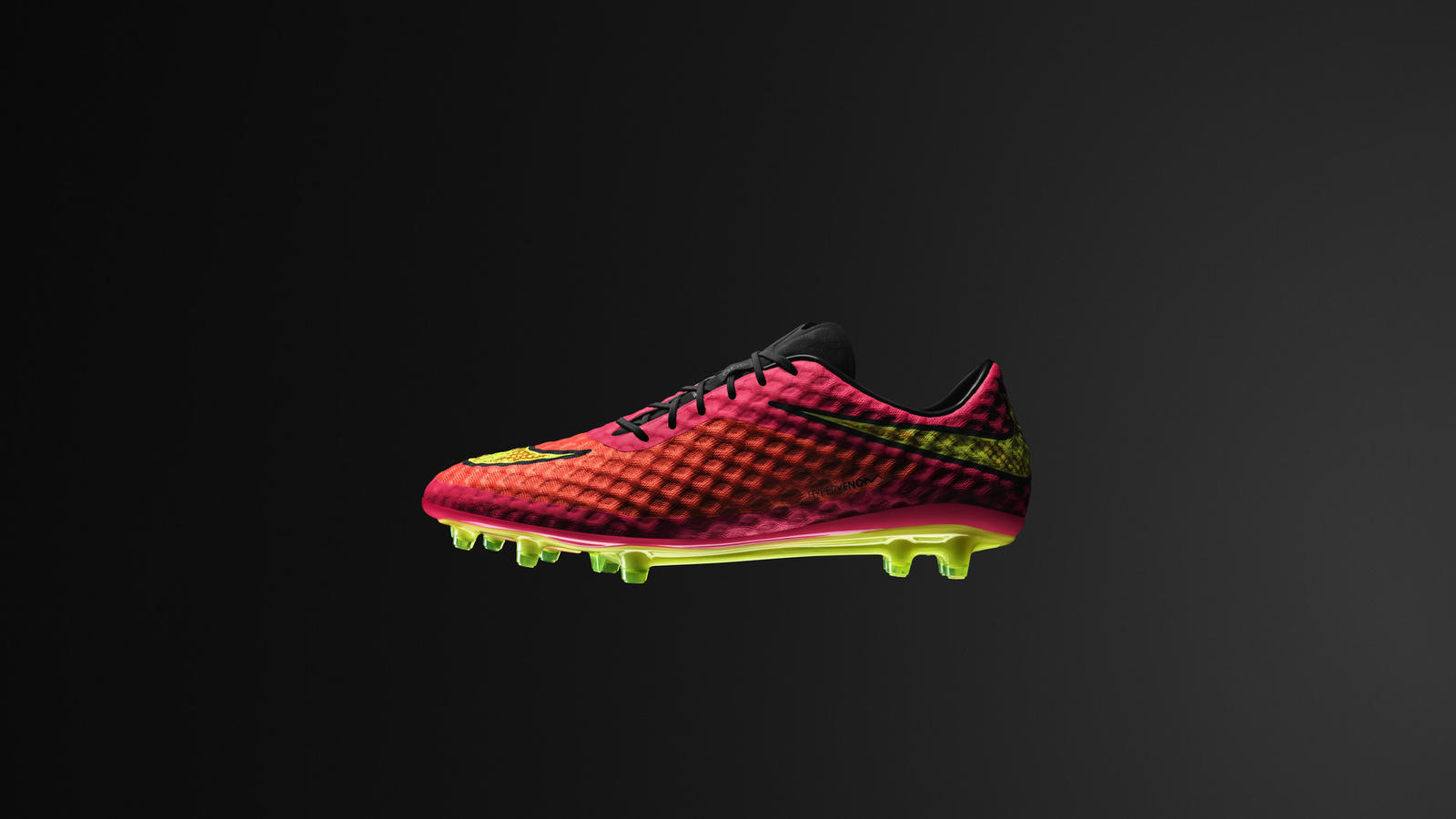 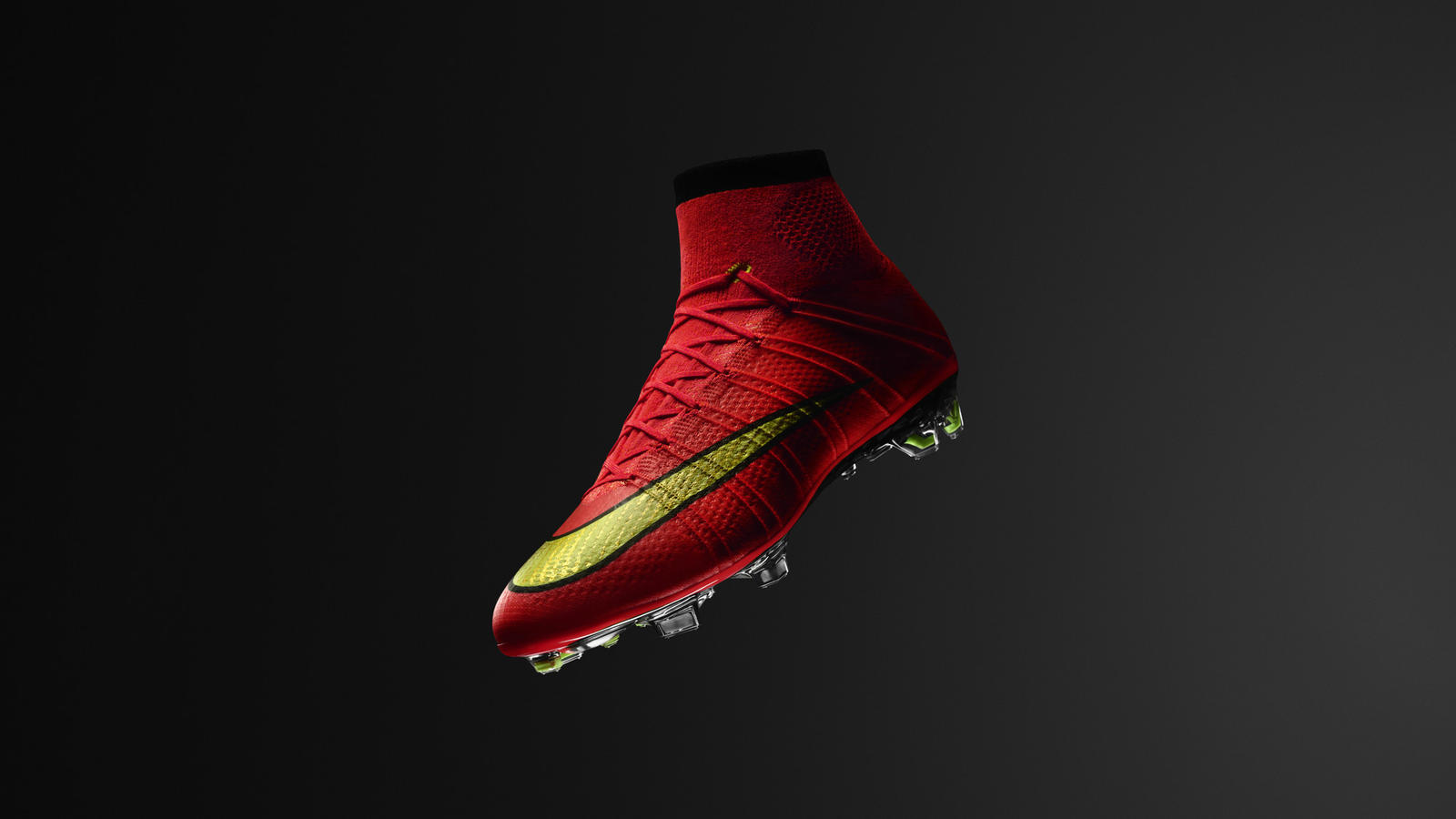 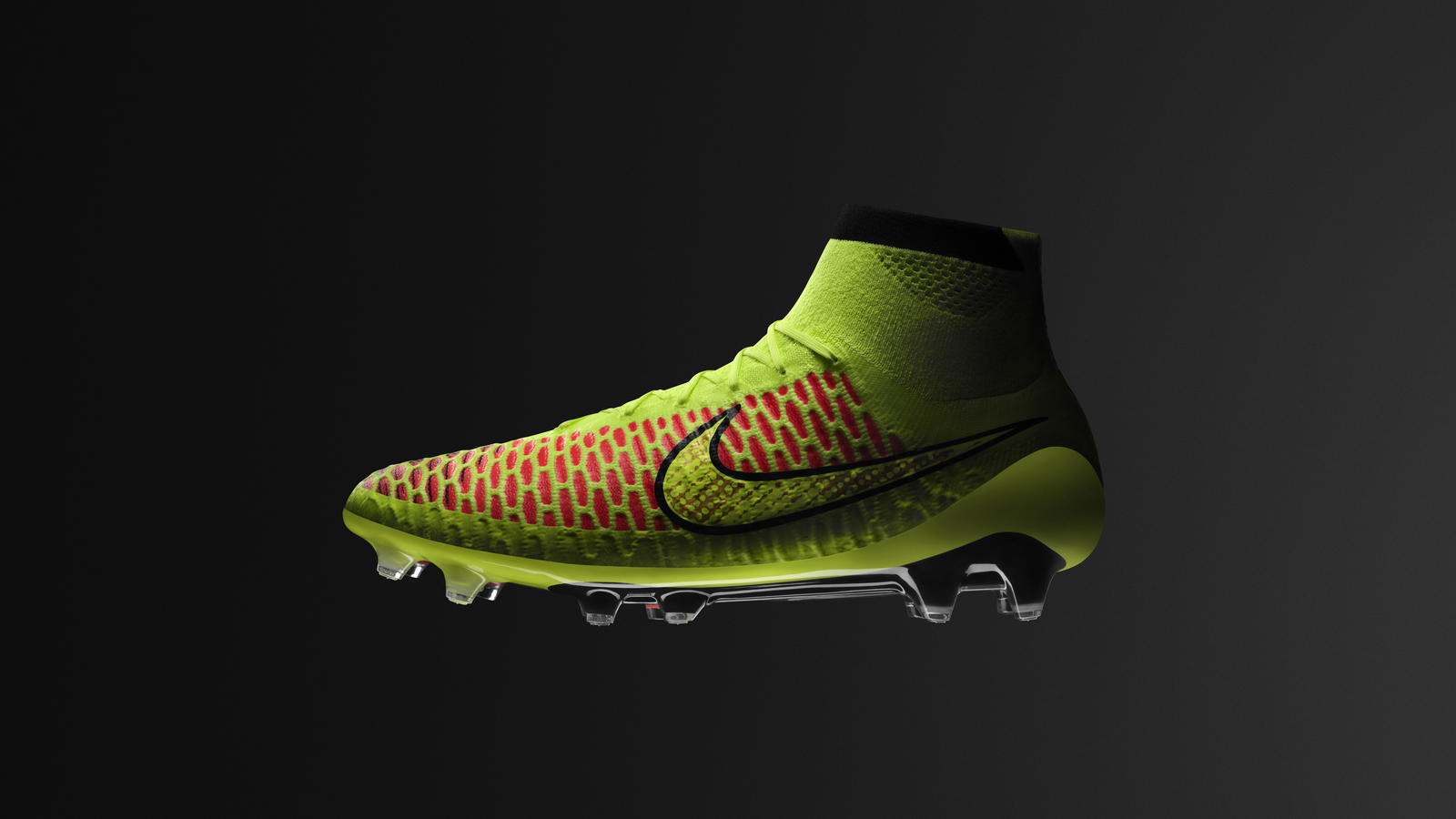 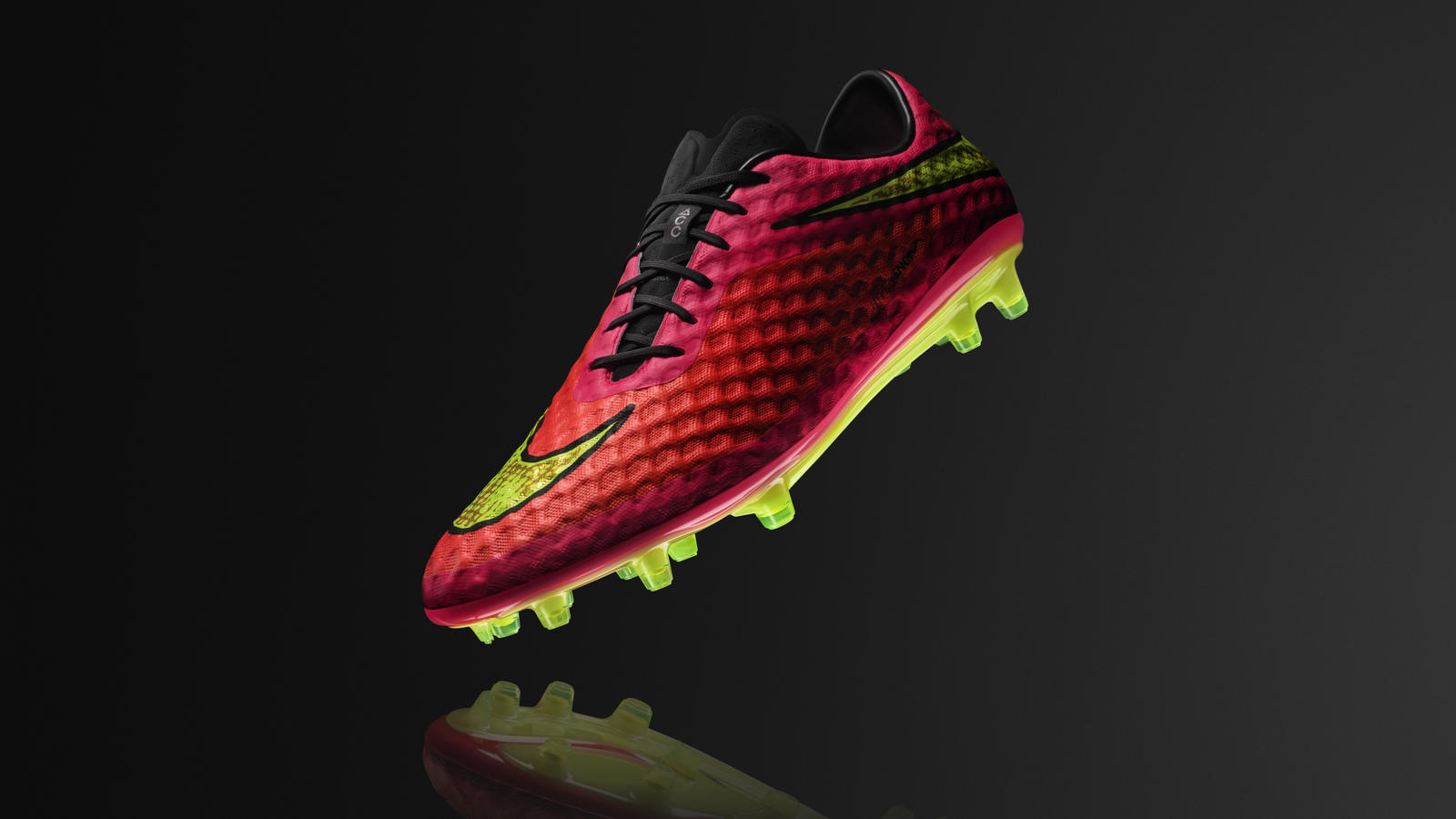 This June and July Nike will unleash four of the most innovative pieces of performance footwear that the beautiful game has ever seen. The Hypervenom, Tiempo V, Magista and Mercurial Superfly will converge on the feet of football’s greatest players on sport’s greatest stage.

Nike’s year of design began in May 2013 in Rio de Janeiro when Neymar revealed the Hypervenom. The boot, designed for the world’s most agile attackers, was an immediate hit with the likes of Neymar, Wayne Rooney and Daniel Sturridge.

Just before the end of 2013, Nike launched the new Tiempo V. A new version of its classic Tiempo boot reinvented with innovation for the 21st century, Sergio Ramos and Carlos Tevez, amongst other players, found instant success in this classic design.

Then in March 2014, Nike launched the Magista. Building on Nike’s history of groundbreaking innovation, the Magista redefined how football boots look and perform.

The design ethos of focusing on improved fit, touch and traction led to the new higher silhouette, which extended to the Mercurial Superfly, launched by Cristiano Ronaldo last month in Madrid.

“This has been an unprecedented year of innovation for Nike Football. We believe that, as with the Mercurial R9 worn by Ronaldo in 1998, 2014 will be remembered as the year Nike changed football boots forever,” said Nike Football’s Design Director, Denis Dekovic.

The Hypervenom and Mercurial come in Hyperpunch Red and Gold, with the Tiempo and Magista arriving in Volt Yellow and Gold.

“The colors are bold, but not as bold as the ideas and innovation in these boots. We cannot wait to see all the players on pitch in these new boots,” added Dekovic.

The Magista is available now. The Hypervenom and Tiempo will be available to pre-order today, and the Mercurial goes on sale from June 12, all at www.nike.com.