The United States of America and the Netherlands (both sponsored by Nike), will battle for the championship of women’s football this Sunday, capping off a very successful tournament and inspiring new fans around the world. Before kickoff, a look back at Nike’s efforts to support phenomenal footballers and the game they love.

Nike proudly sponsored 14 of the 24 teams in the tournament, including 3 of the final four. As Mark Parker stated during Nike’s Q4 Earnings call, the USA Women’s Home jersey became the #1 soccer jersey, men or women’s, ever sold on nike.com in one season. But it wasn’t just the USA jersey that soared in the marketplace; France, England, Nigeria, and Brasil also strongly contributed to jersey sales being up 200% over the last tournament 4 years ago. Several countries joined the United States in selling the women’s designs in men’s sizes, nearly doubling the number of men’s jerseys sold over the previous tournament (2015). Sales of women’s apparel pertaining to the tournament are also up more than 150% over 2015. Especially popular were the training and lifestyle extensions of the National Team Collections for Brasil, Nigeria, Chile, and China. 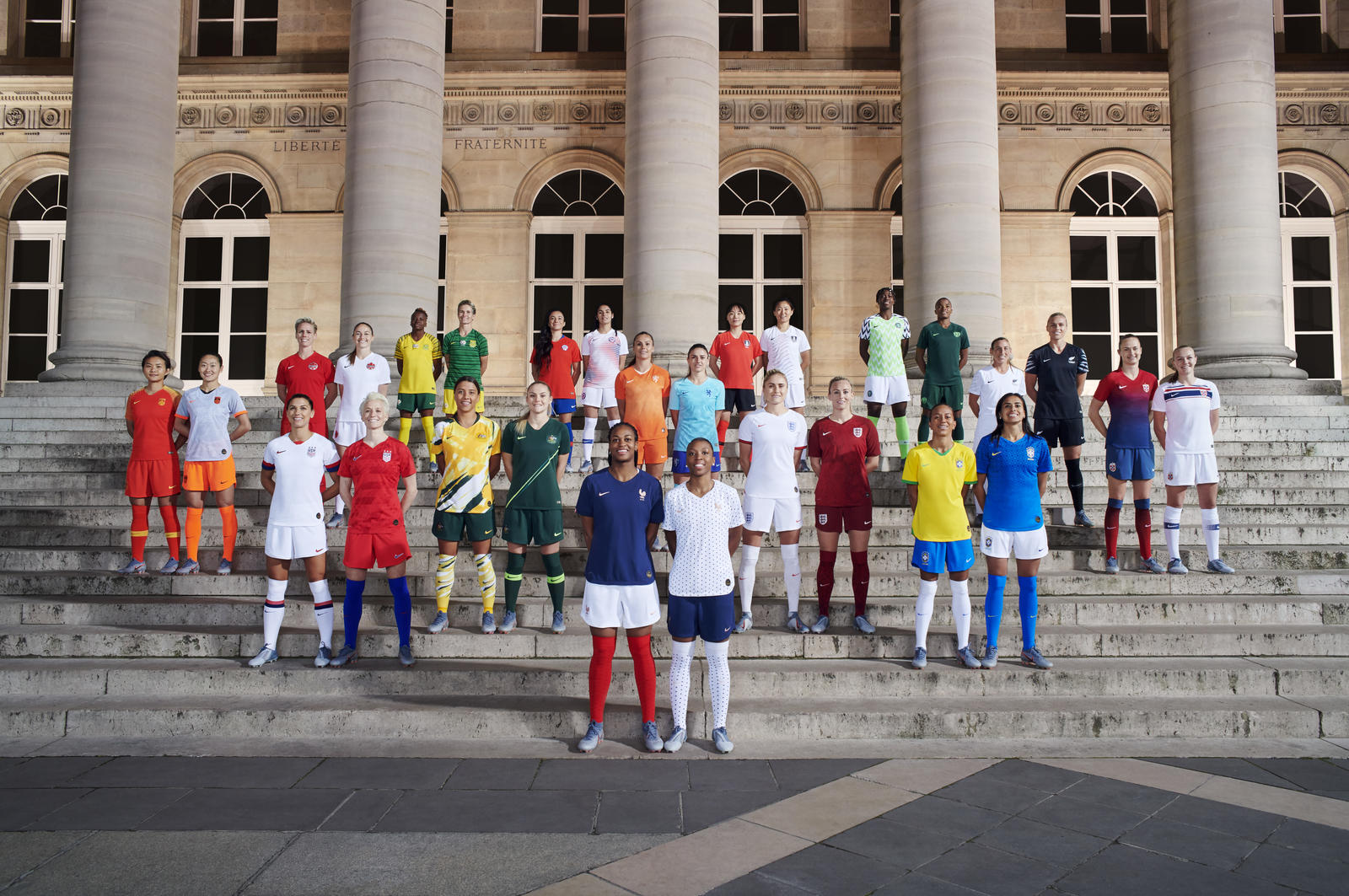 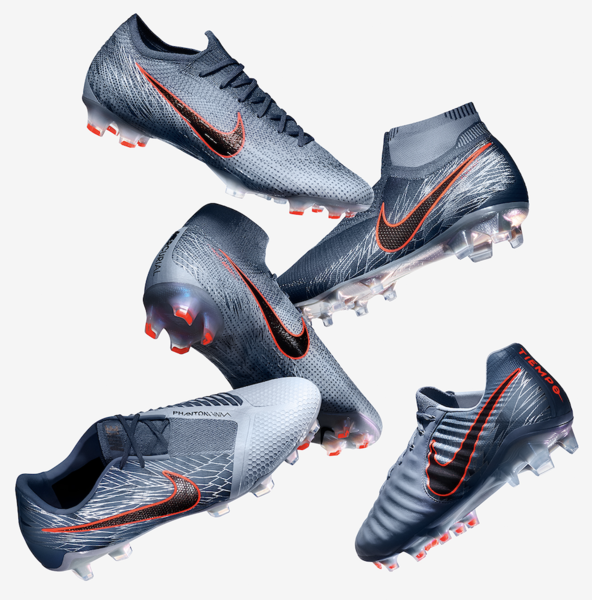 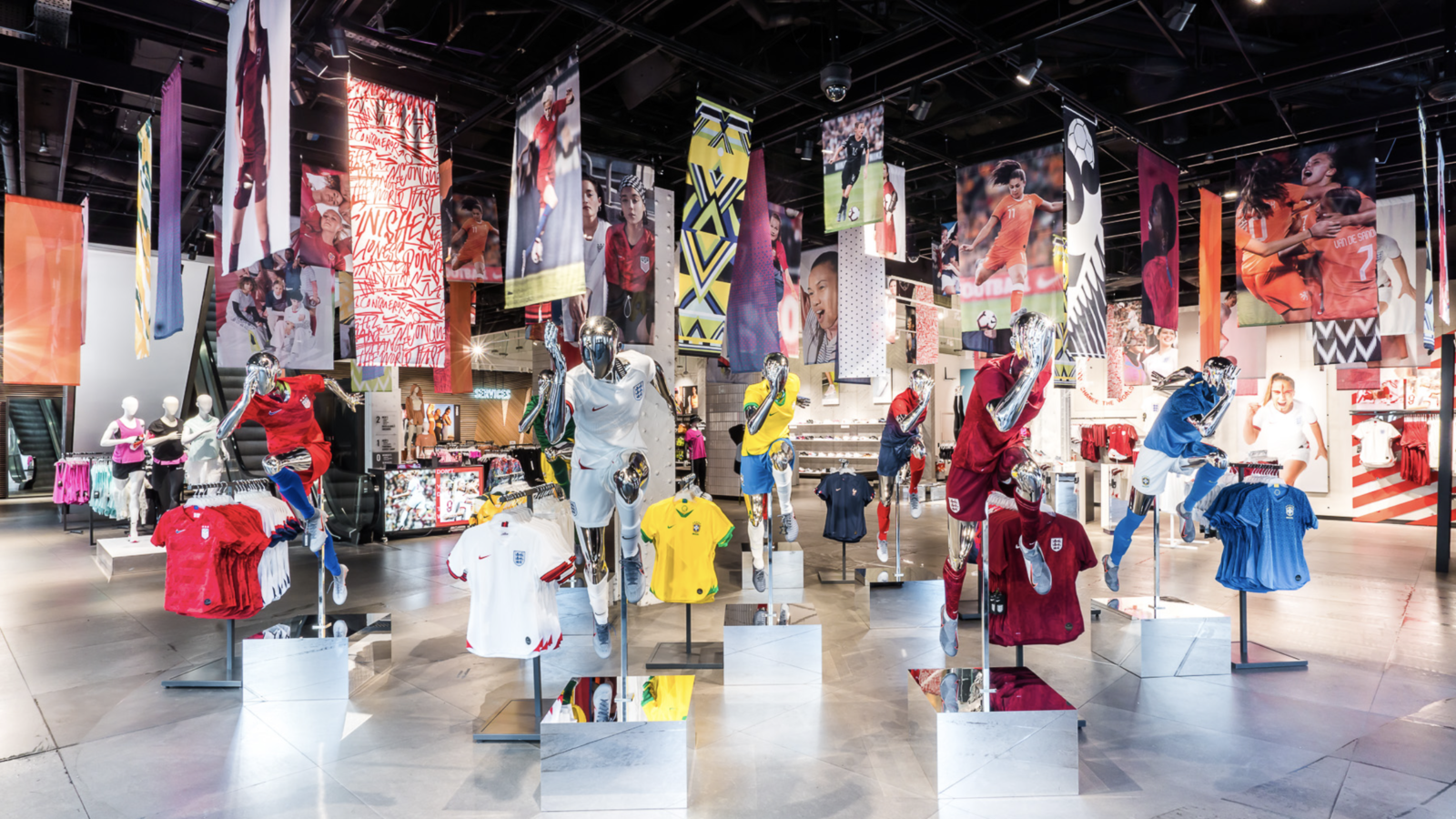 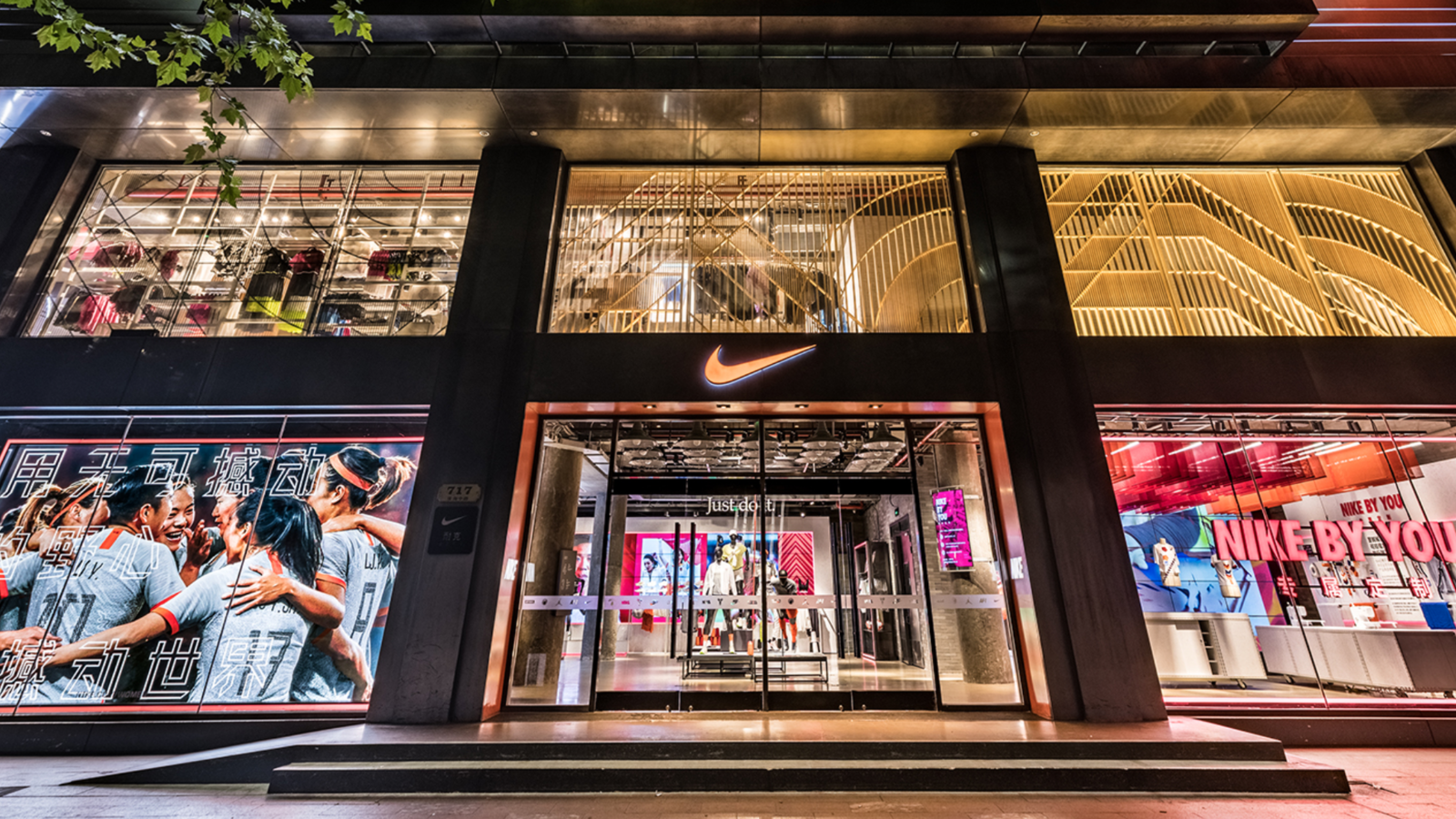 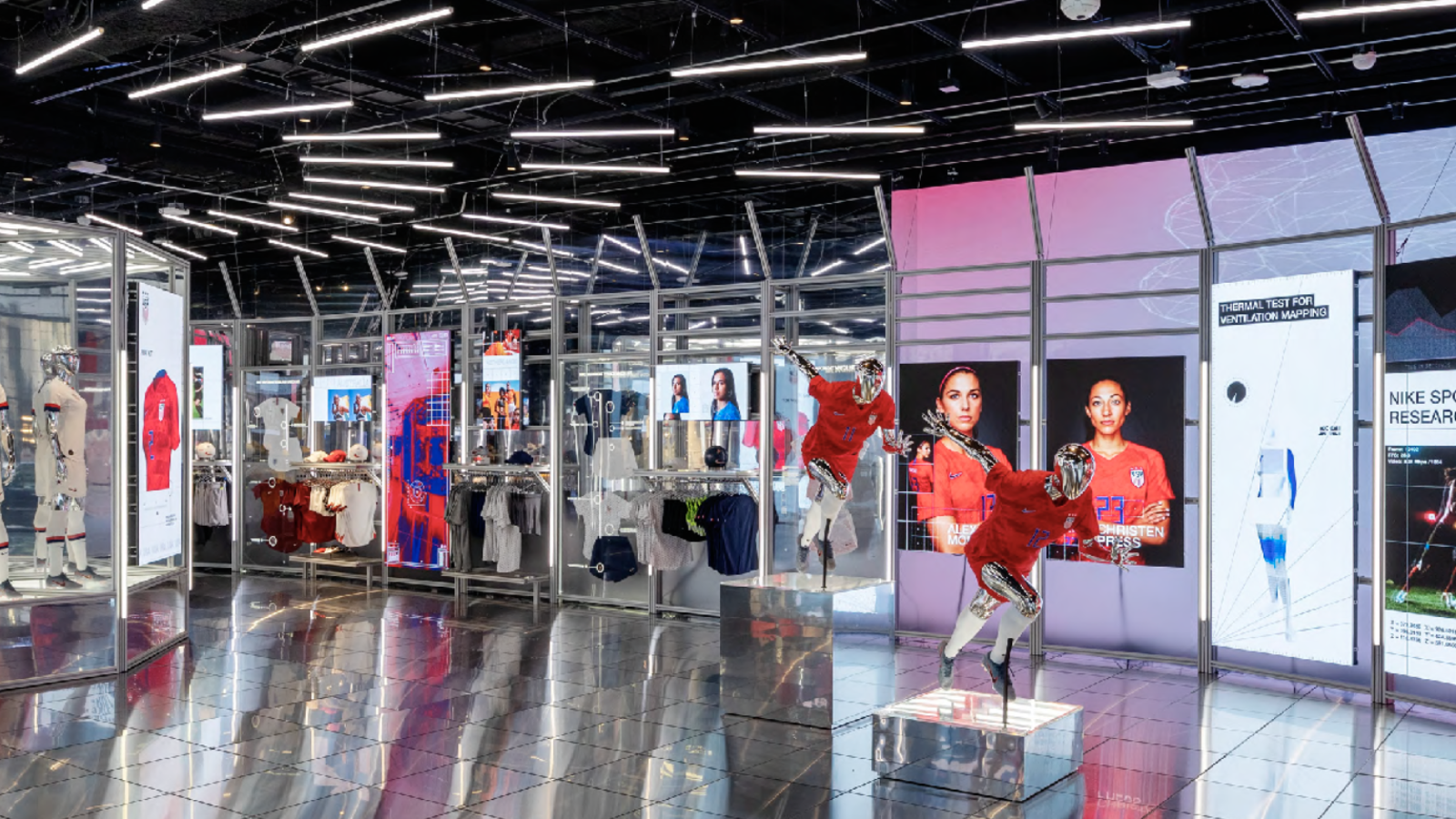 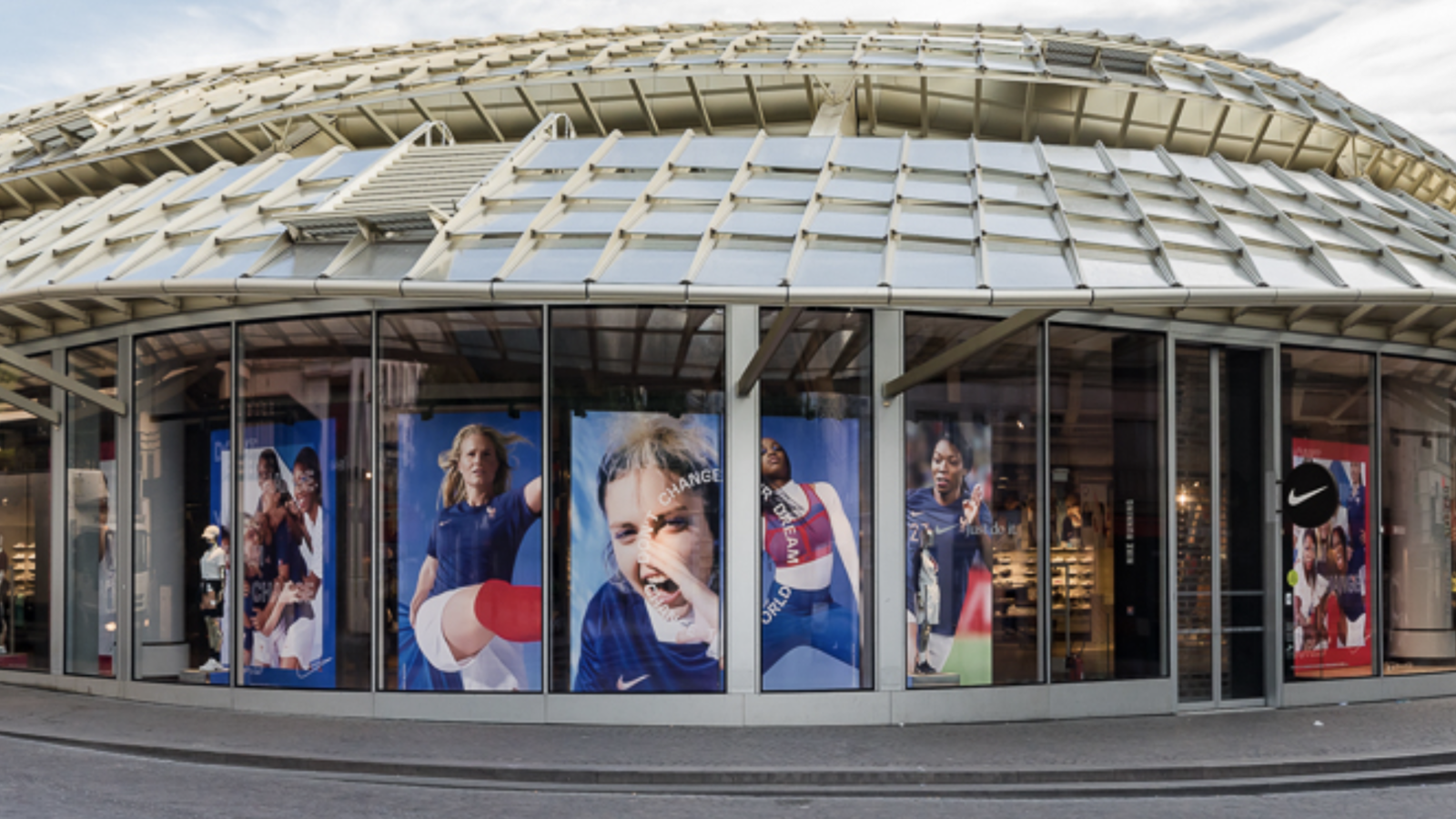 Nike’s “Dream Further” became the most viewed Nike Football campaign ever, topping iconic male-driven Nike Football campaigns like “The Last Game,” “Winner Stays,” and “Write the Future” among others. “Dream Further” generated nearly half a billion views across all digital and broadcast platforms, with digital garnering significantly more views than broadcast. Broadcast remained a key component of the campaign though with “Dream Further” debuting during the men’s Champion’s League Final and subsequently airing before the matches and during halftime of games in key markets throughout the tournament.

In an effort to help establish female footballers as icons, Nike elevated them on the brand’s social media channels before and during the tournament. Multiple players, including Sam Kerr, Amandine Henry, Fran Kirby, Alex Morgan, Lieke Martens, Megan Rapinoe, Andressa Alves, and Wang Shuang were heavily promoted in an effort to help expand their fanbase. Every single one of these athletes saw a significant jump in their social media audience, some more than doubling their followers. The amplified emphasis on female footballers generated six-figure follower growth for Nike's social media channels every week of the tournament. 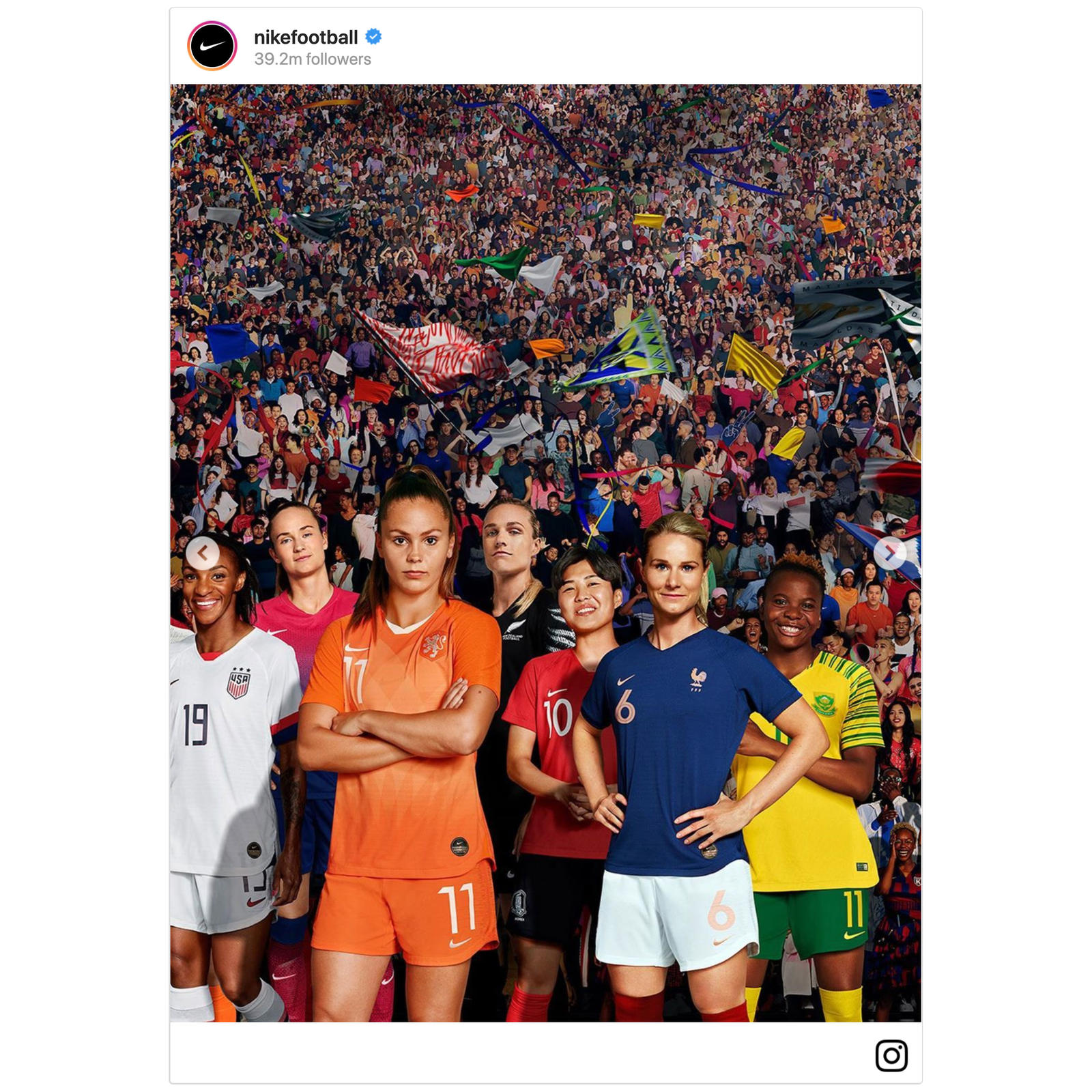 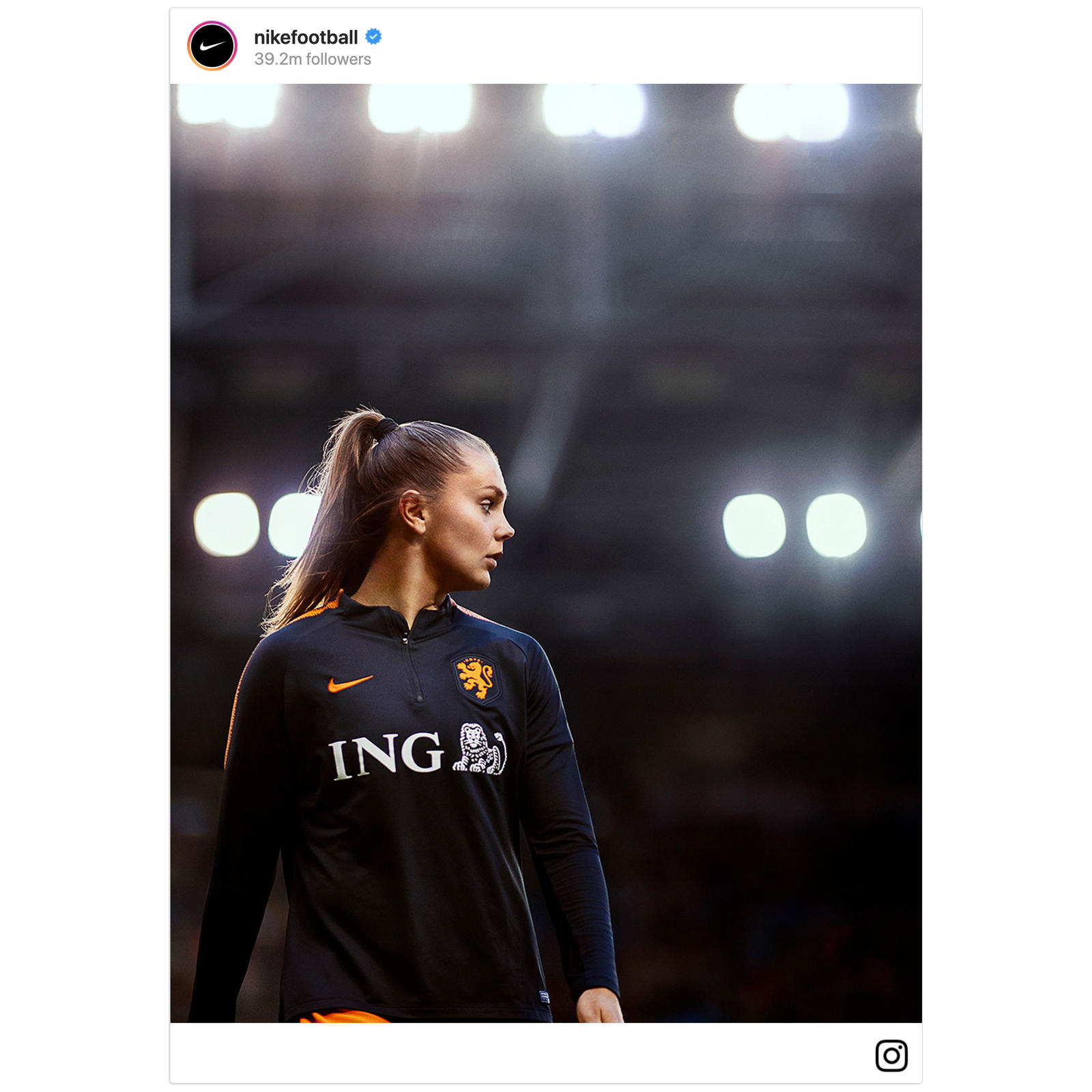 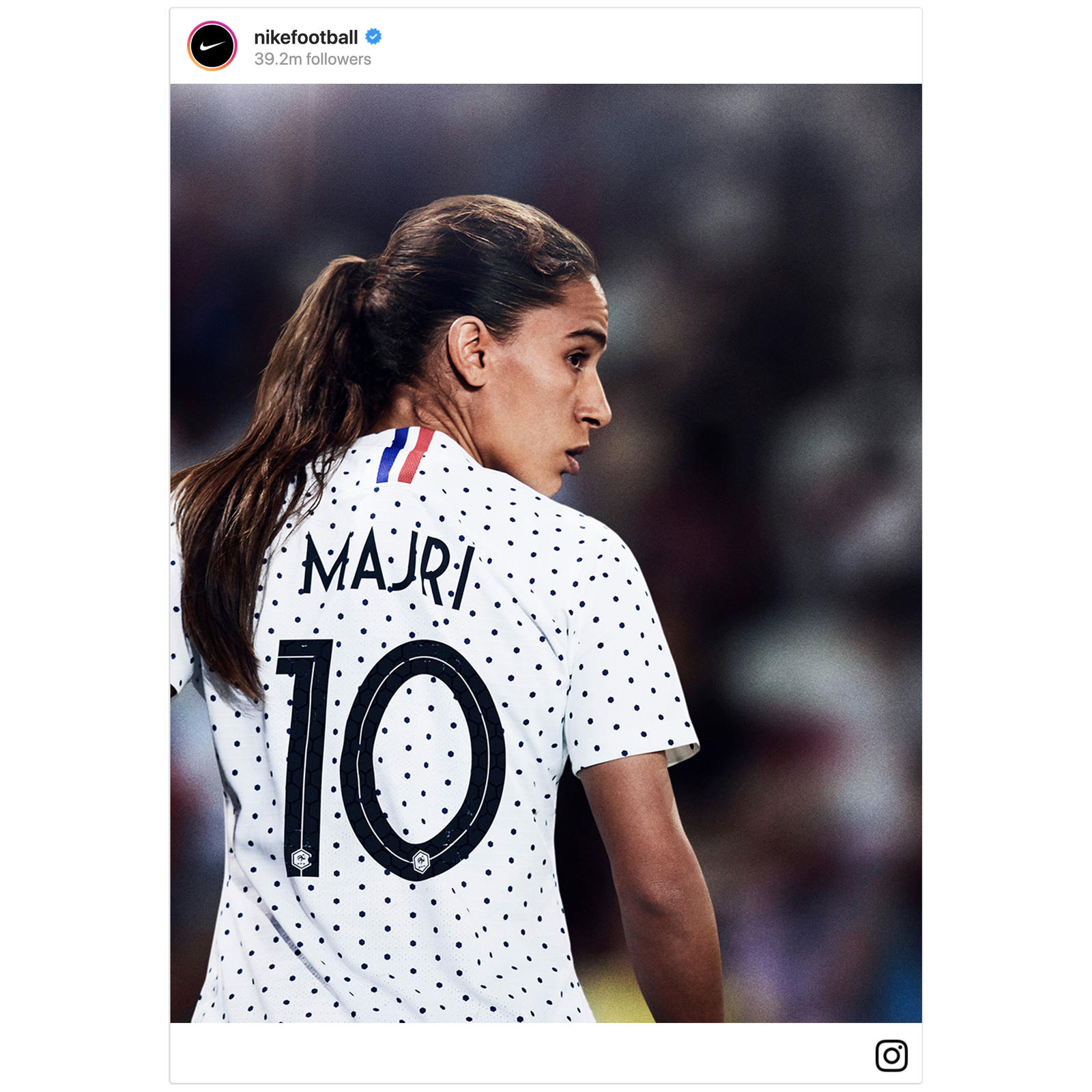 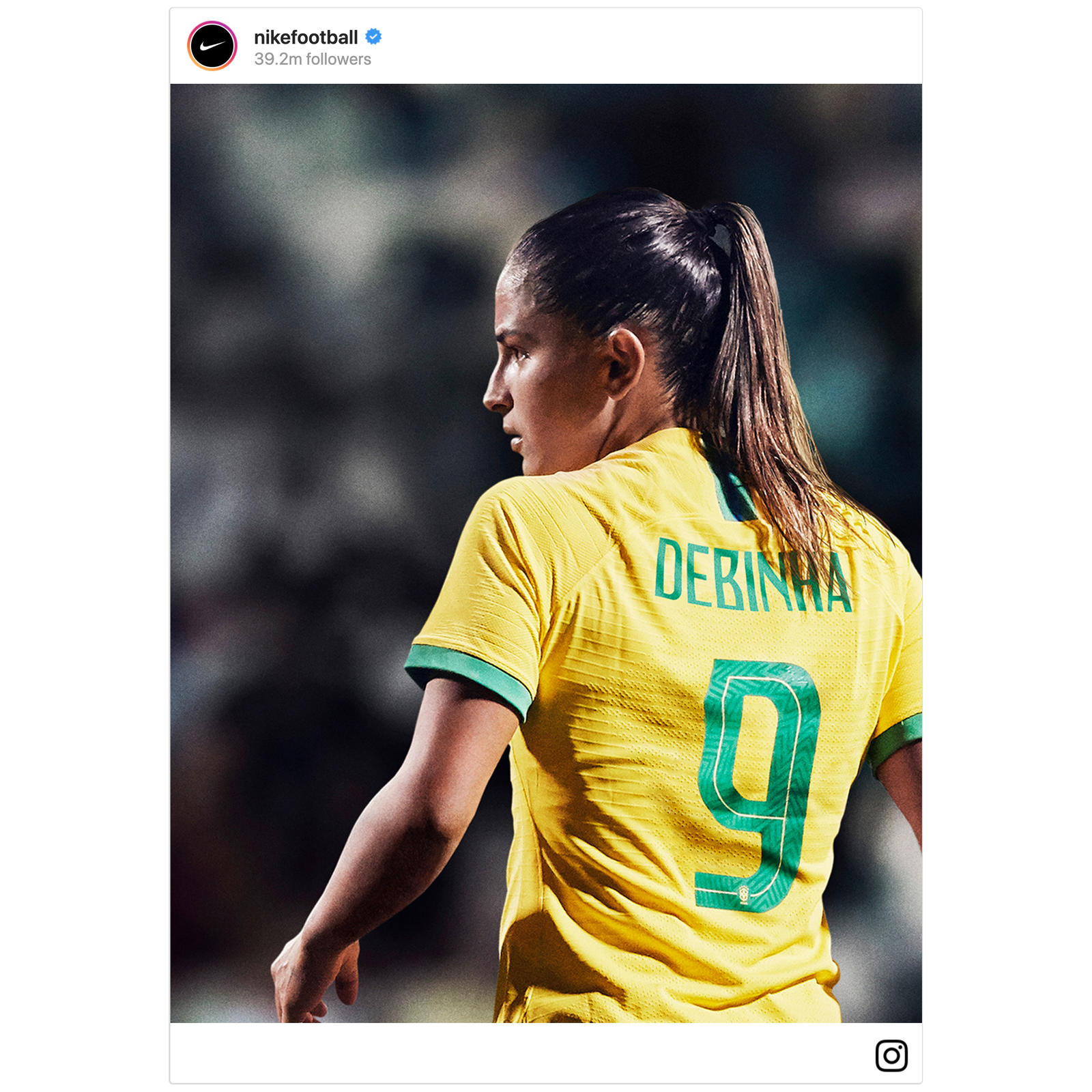 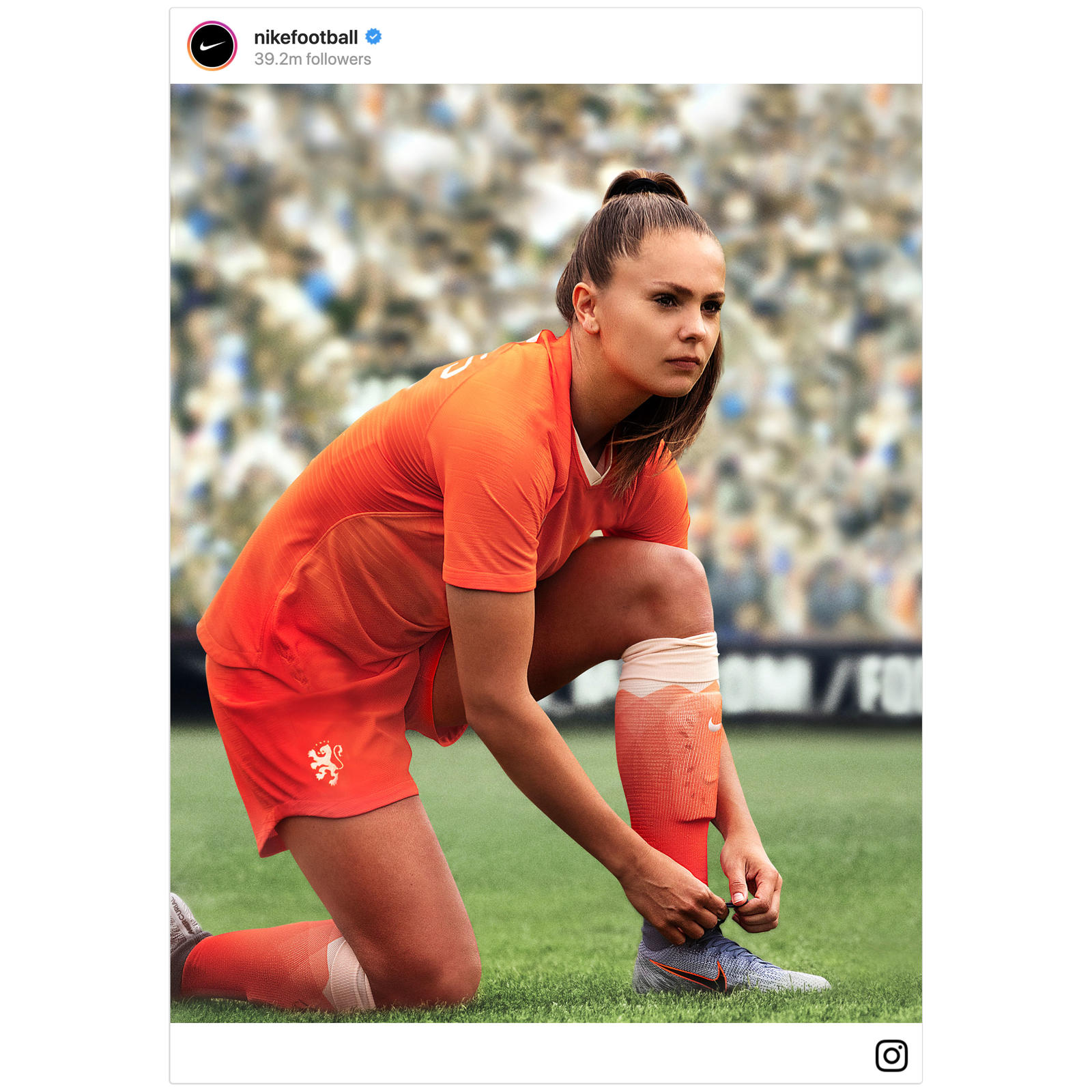 Visibility matters so Nike posted team and player imagery across several key markets all around the world. The strongest example is from the United States, where a massive billboard campaign also included a Times Square send-off for the United States Women’s National Team. 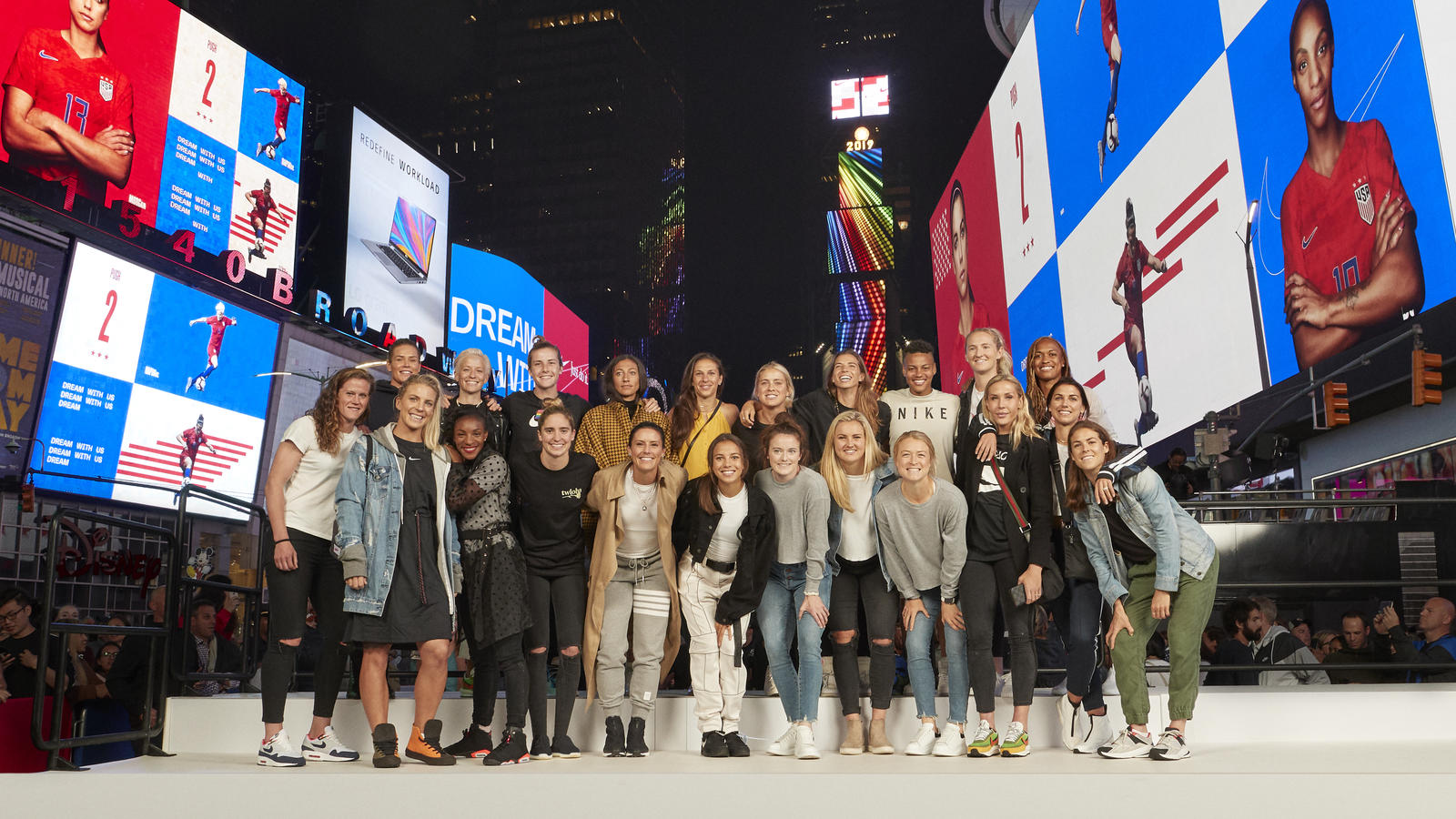 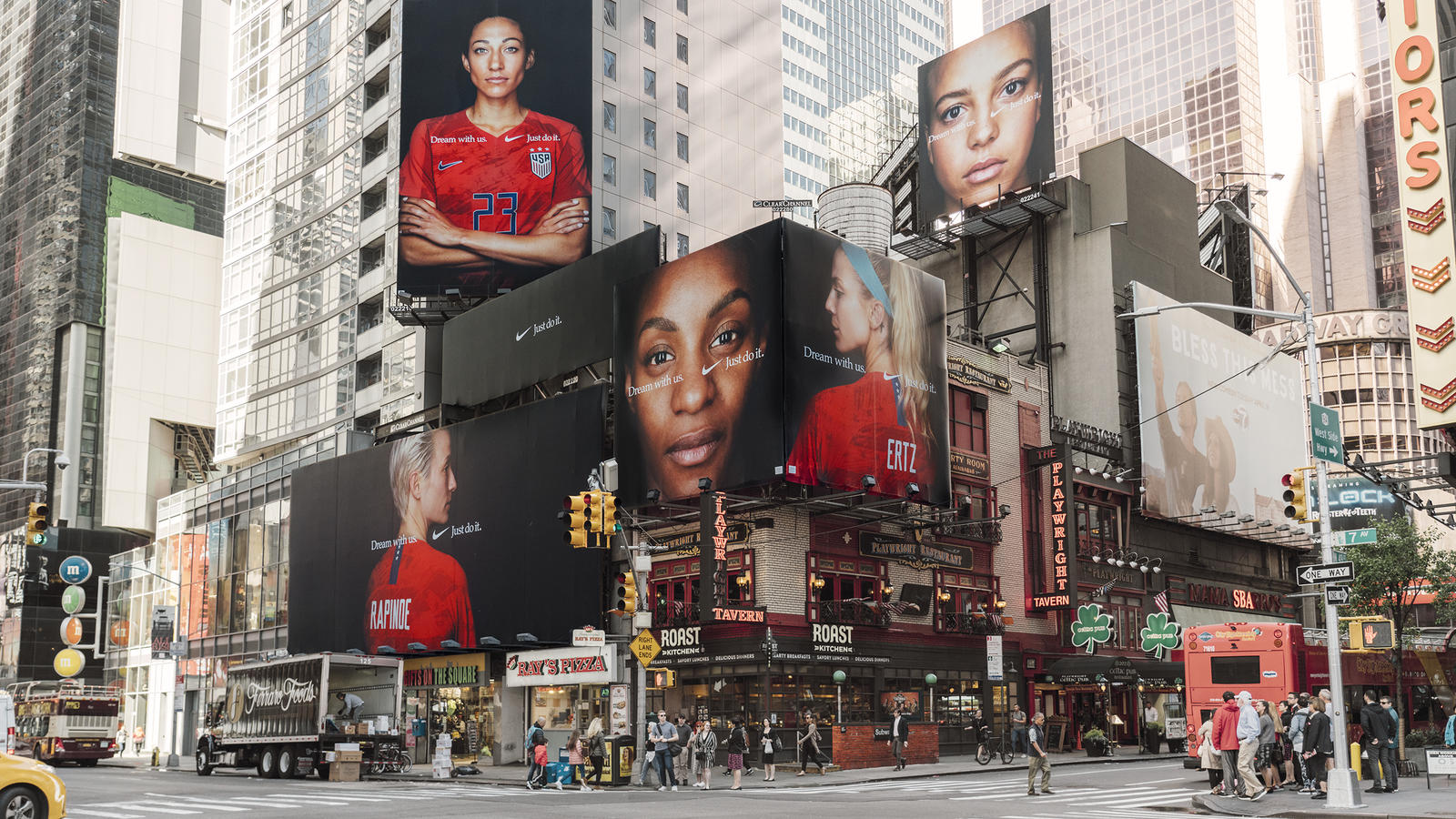 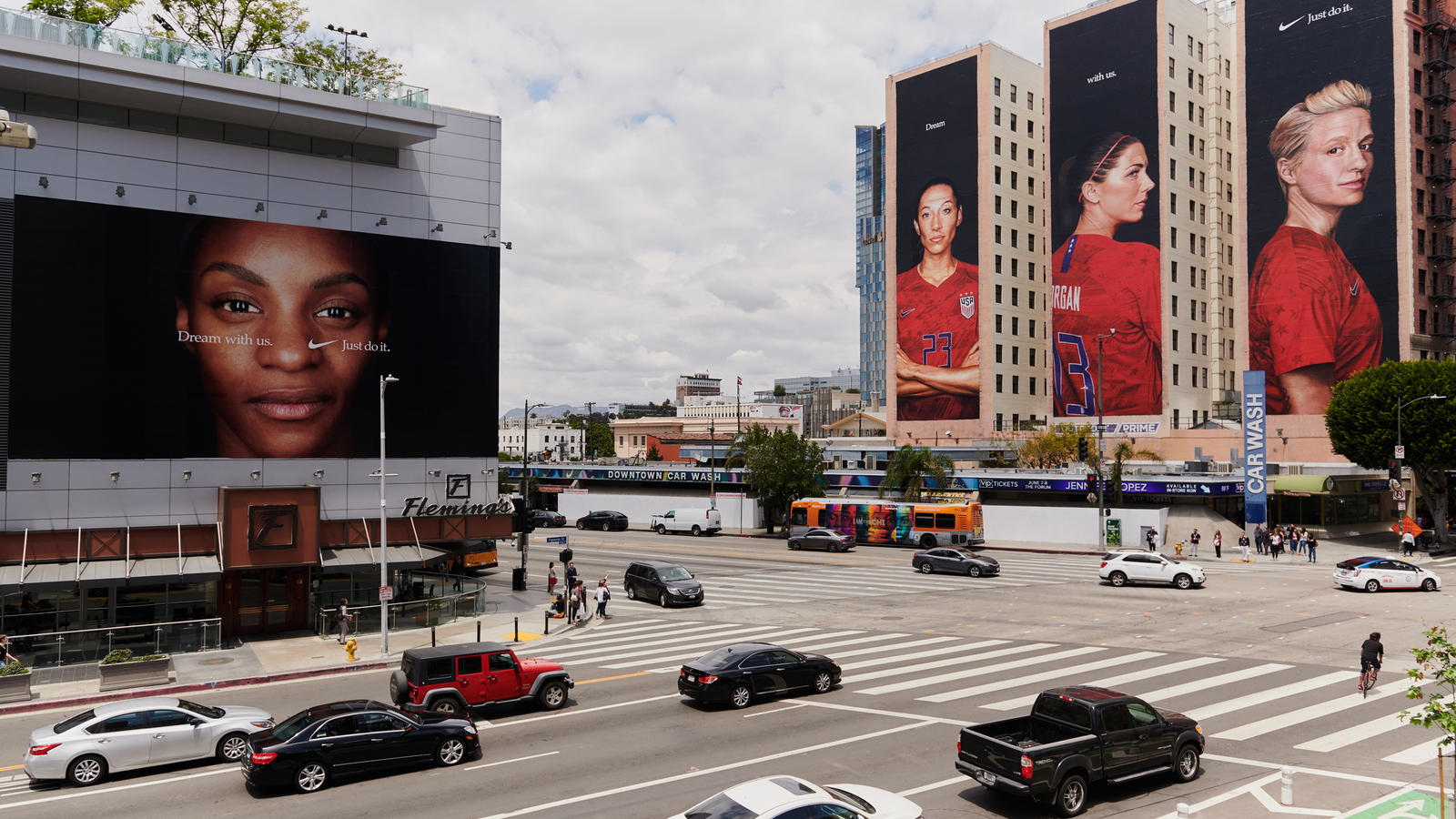 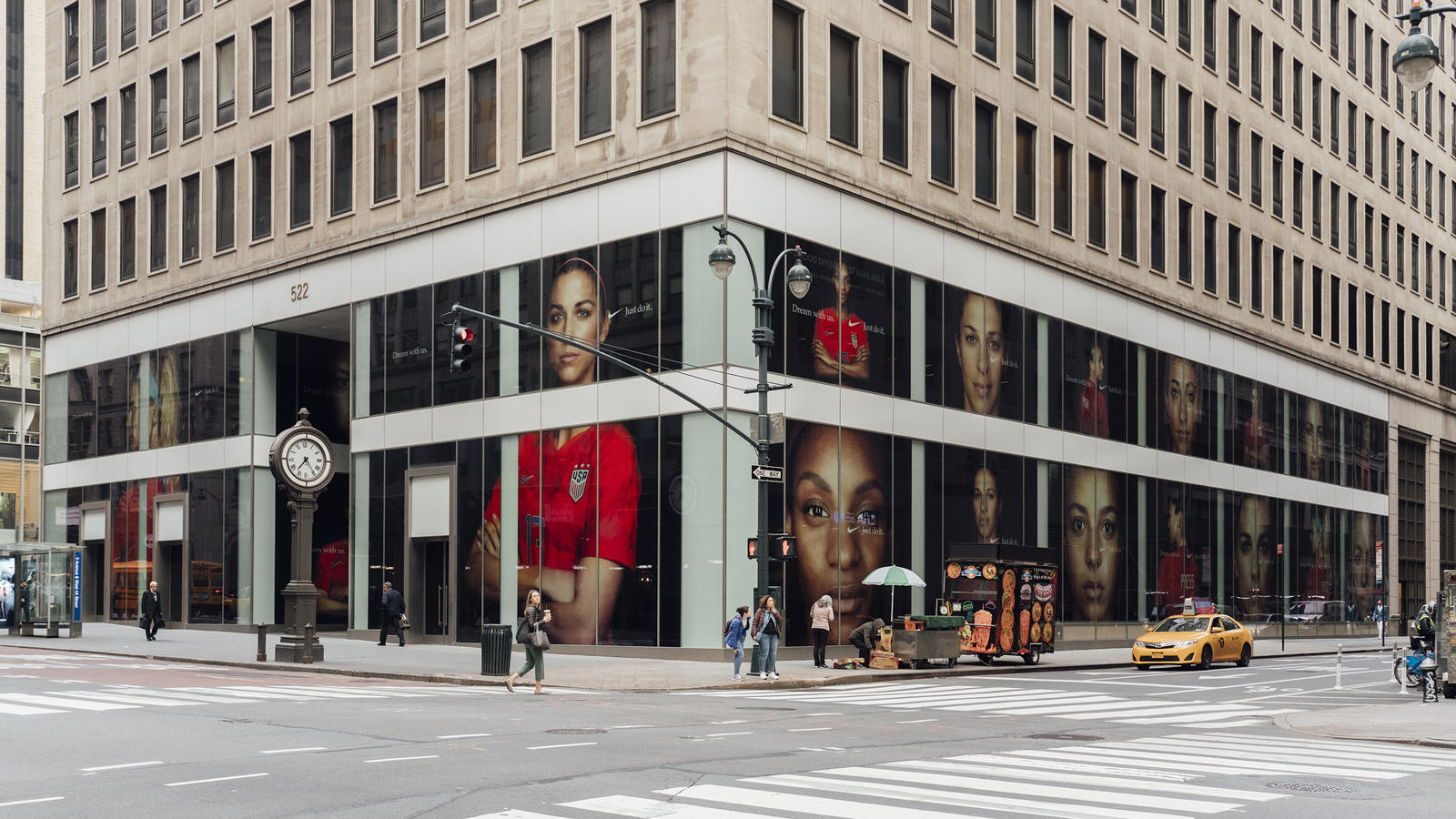 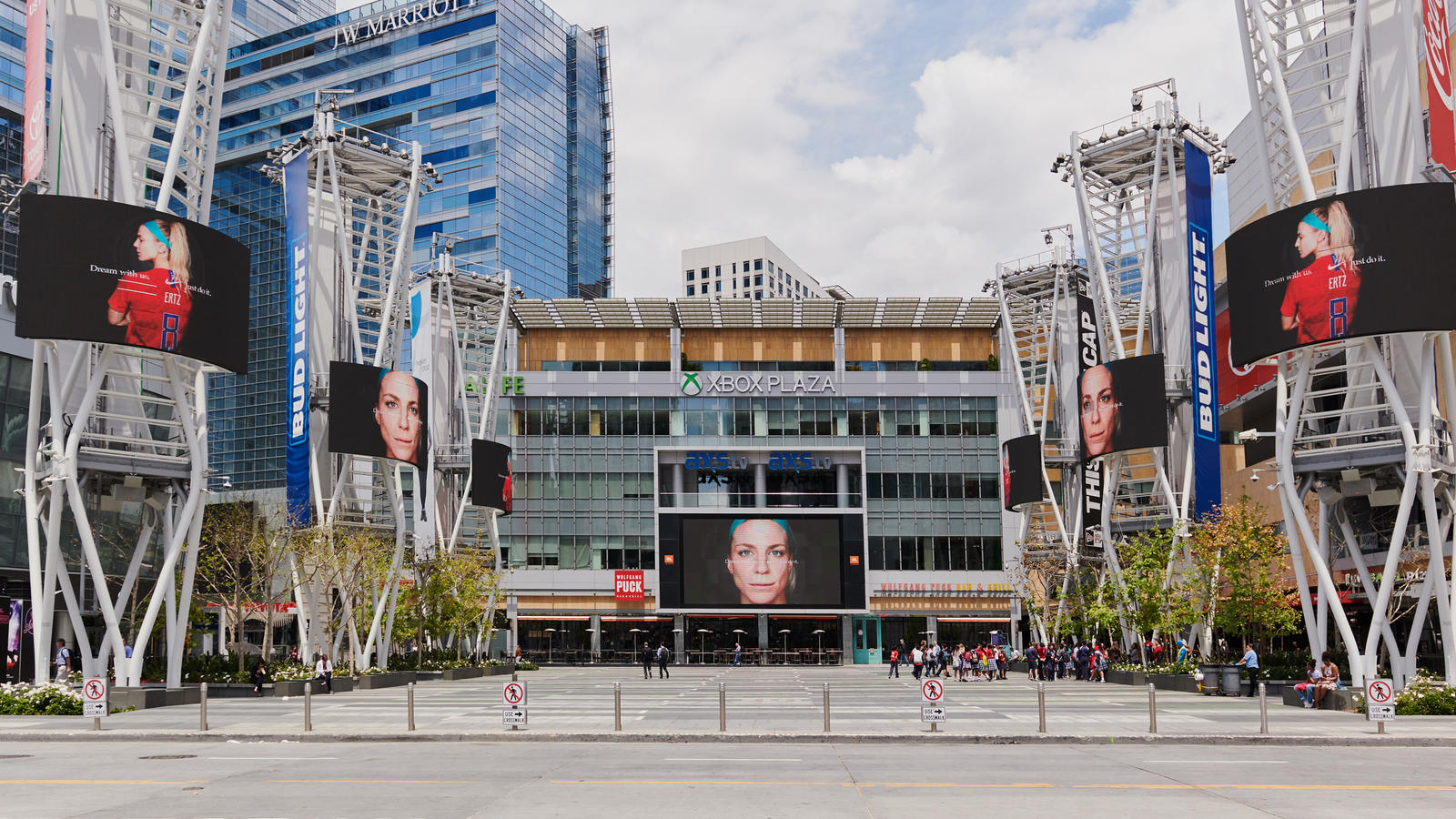 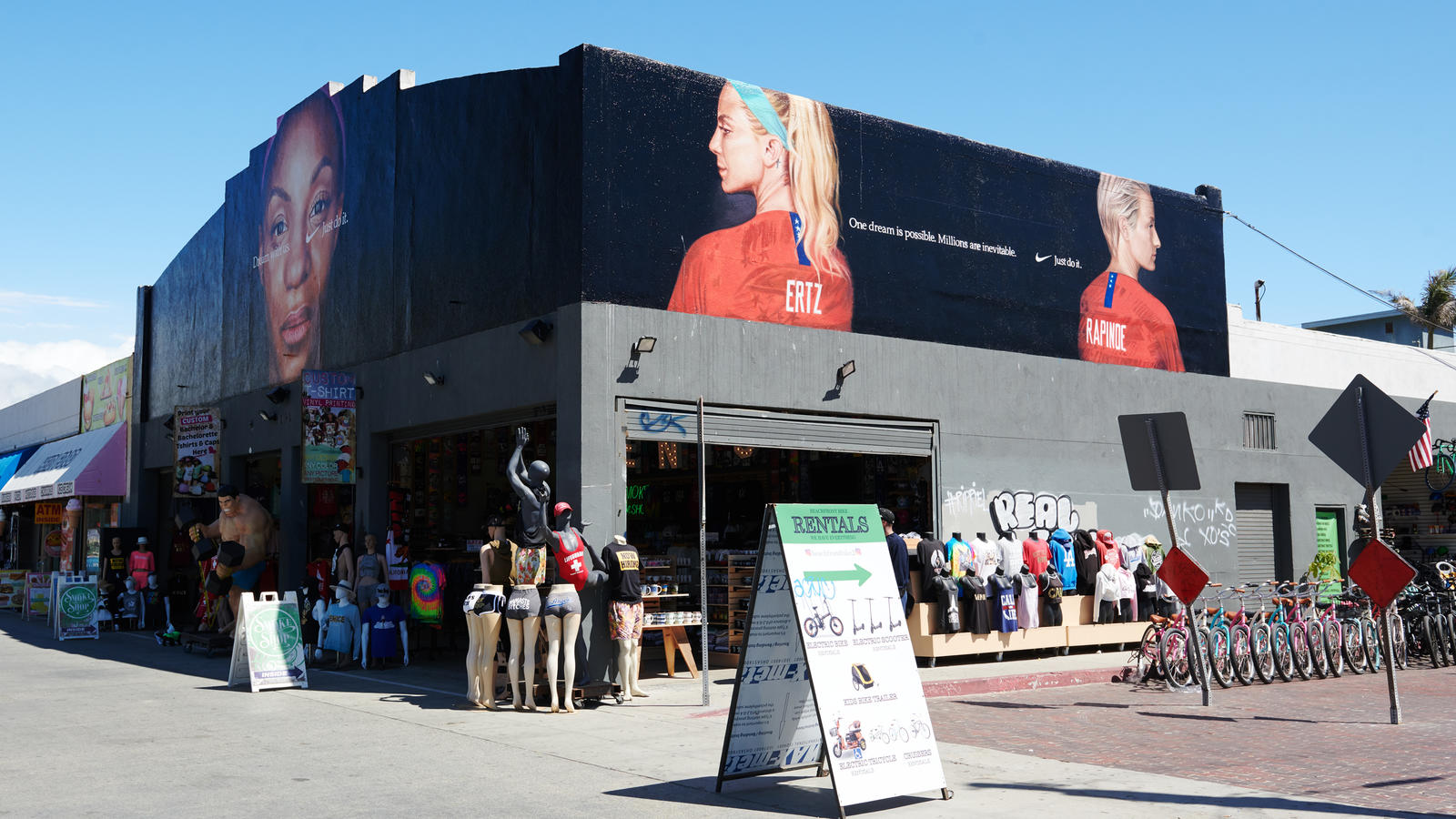 Nike has a proud history of supporting women's football and will continue to do so well beyond the final whistle of this tournament. Next up for Nike? Placing a new star on the winning team's jersey.