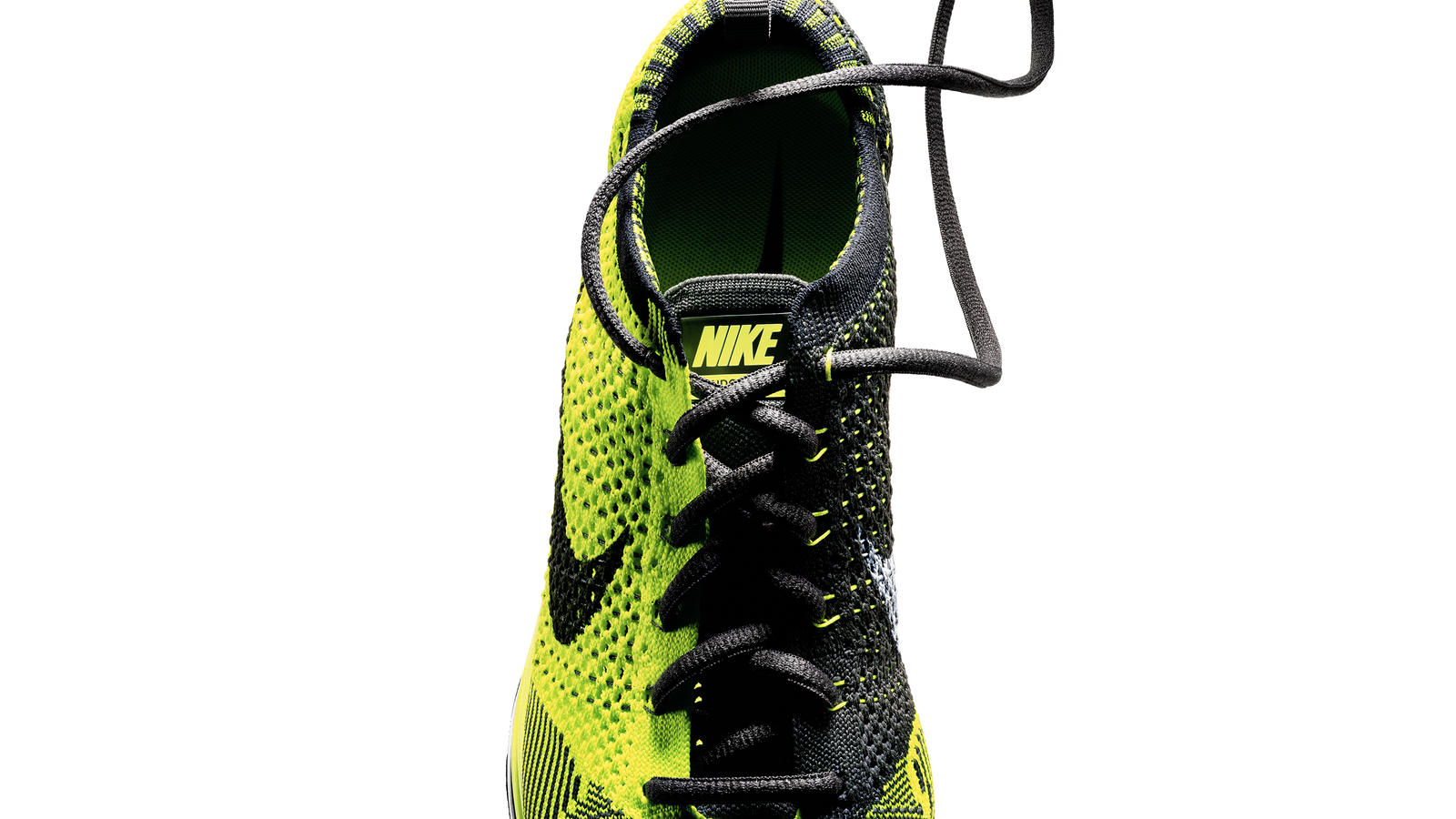 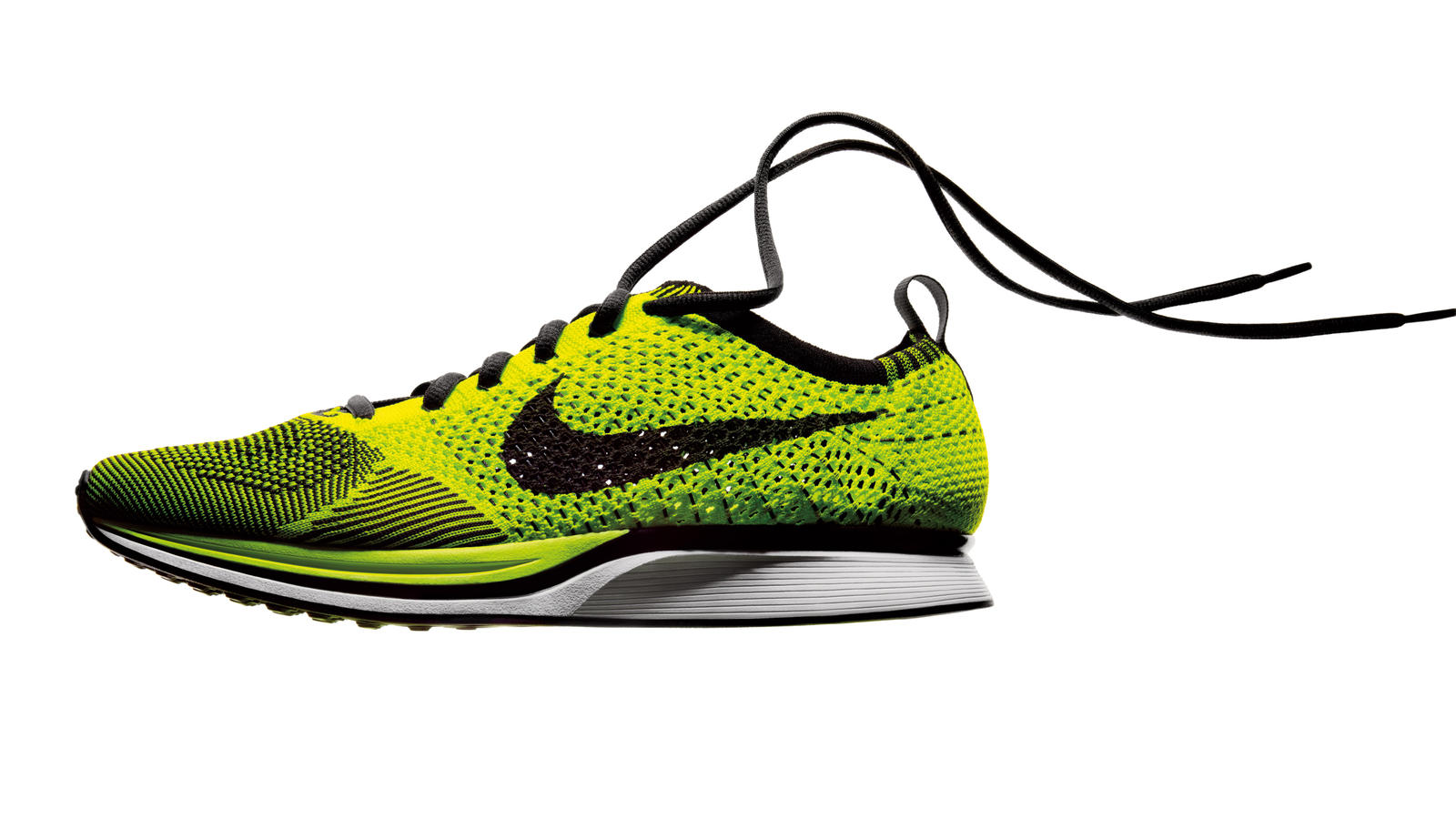 NIKE has engineered knit for performance to create running footwear that features only the essentials. Employing a new technology called Nike Flyknit, yarns and fabric variations are precisely engineered only where they are needed for a featherweight, formfitting and virtually seamless upper.

With all the structure and support knitted in, the Nike Flyknit Racer’s upper and tongue weigh just 34 grams (1.2 ounces). The whole shoe weighs a mere 160g (5.6 ounces) for a size 9, which is 19% lighter than the Nike Zoom Streak 3, a shoe worn by first, second and third place athletes in the men’s marathon at the 2011 World Championships.

While reducing shoe weight is one aspect of helping runners, the Nike Flyknit upper is also engineered for a precision fit, creating a feeling of a second skin.

An additional environmentally sustainable benefit to Nike Flyknit is that it reduces waste because the one-piece upper does not use the multiple materials and material cuts used in traditional sports footwear manufacture. Nike Flyknit is truly a minimalist design with maximum return.

The inspiration for Nike Flyknit was born from the common runner feedback, craving a shoe with the qualities of a sock: a snug fit that goes virtually unnoticed to the wearer.

But all the features that make a sock desirable have proven to make them a bad choice for a running upper. An inherently dynamic material like yarn generally has no structure or durability.

NIKE embarked on a four-year mission of micro-engineering static properties into pliable materials. It required teams of programmers, engineers and designers to create the proprietary technology needed to create the knit upper.

The next steps were to map out where the specific yarn and knit structures were needed. Applying 40 years of knowledge from working with runners, NIKE refined the precise placement of support, flexibility and breathability – all in one layer.

The result is precision engineering in its purest form, performance on display. Every element has a purpose: resulting in one of the lightest, best fitting running shoes NIKE has ever made.

The Nike Flyknit Racer is the marathon shoe that the world’s best runners from all over the world, including those from Kenya, Great Britain, Russia and the US will wear in this spring’s marathons and in London this summer.

With the knowledge gained from working with the worlds best marathon runners, NIKE has also created an everyday running shoe, the Nike Flyknit Trainer+, which at 220 grams or 7.7 ounces, will bring the weight and fit benefits of Nike Flyknit to runners of all levels.

Both models will be available for all runners this coming July.

Nike Flyknit will debut in a collection that celebrates the performance attributes of the technology, while at the same time hints at its future capabilities - HTM Flyknit. Learn more about the collection here.

Learn more about Nike’s Summer of Innovation products and technologies.