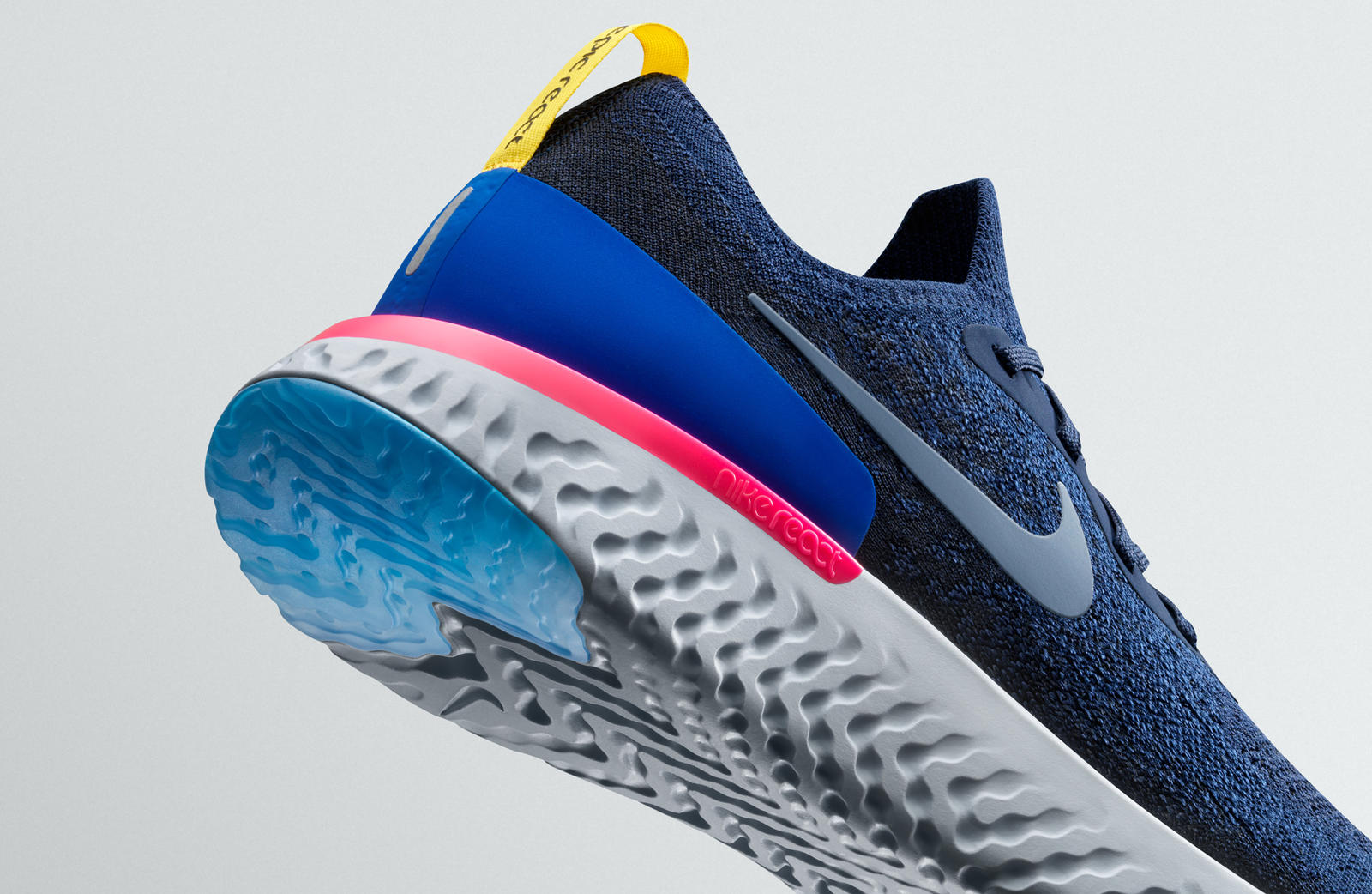 Runners asked for one shoe that could do it all: offer more cushion from the impact of each stride, give them the energy return needed to stay fresh late in a run, feel light underfoot and also be able to withstand wear and tear of impact and elements run after run. Nike innovators, chemists, engineers and designers came together to deliver a solution in the form of a foam, called Nike React.

Today, Nike reveals the first running shoe that will feature this proprietary foam beginning in February. Here’s what you need to know about it.

The Nike Epic React Flyknit from top to bottom 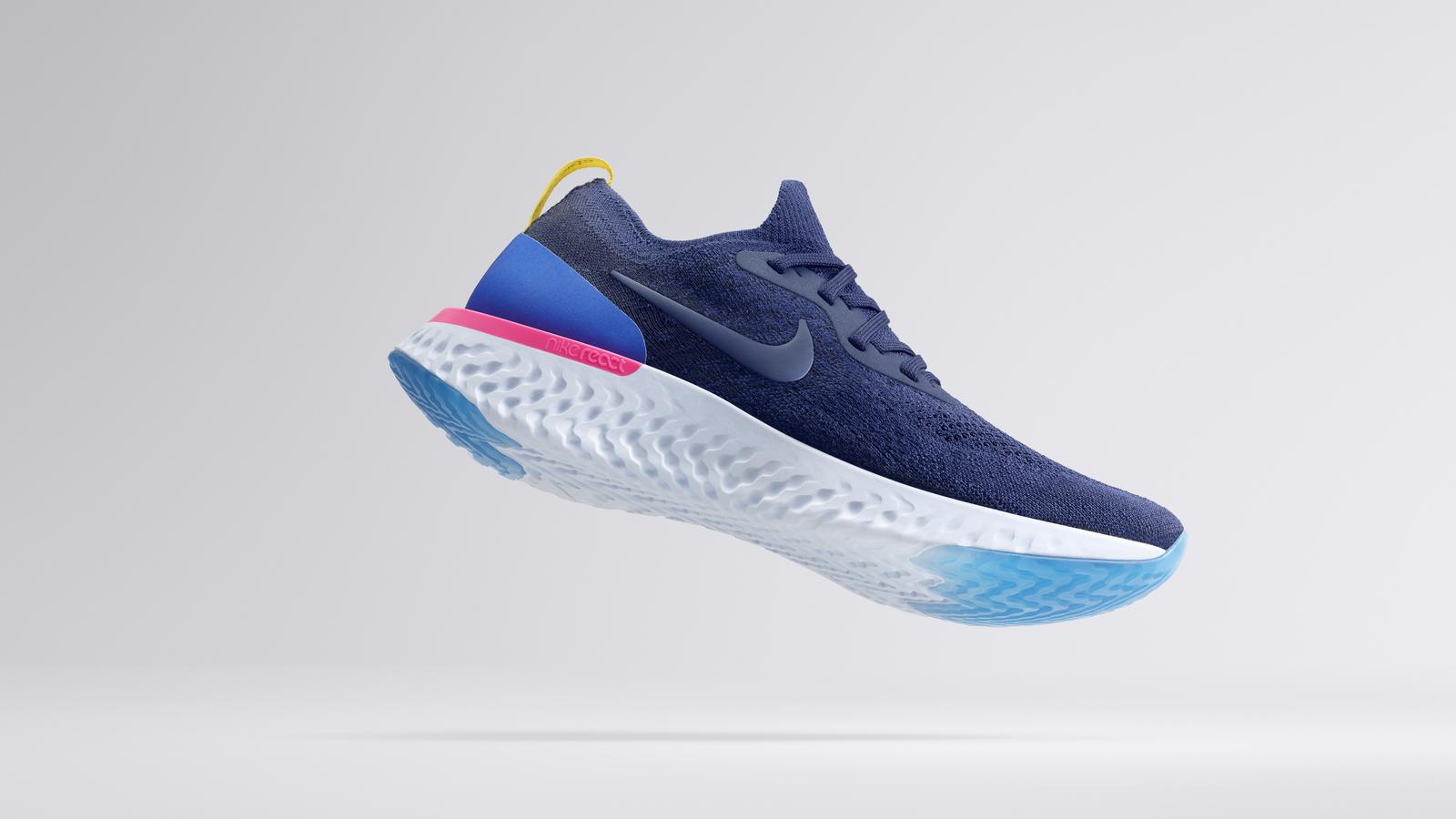 The one-piece Nike Flyknit bootie was precision-engineered for support, flexibility and breathability. 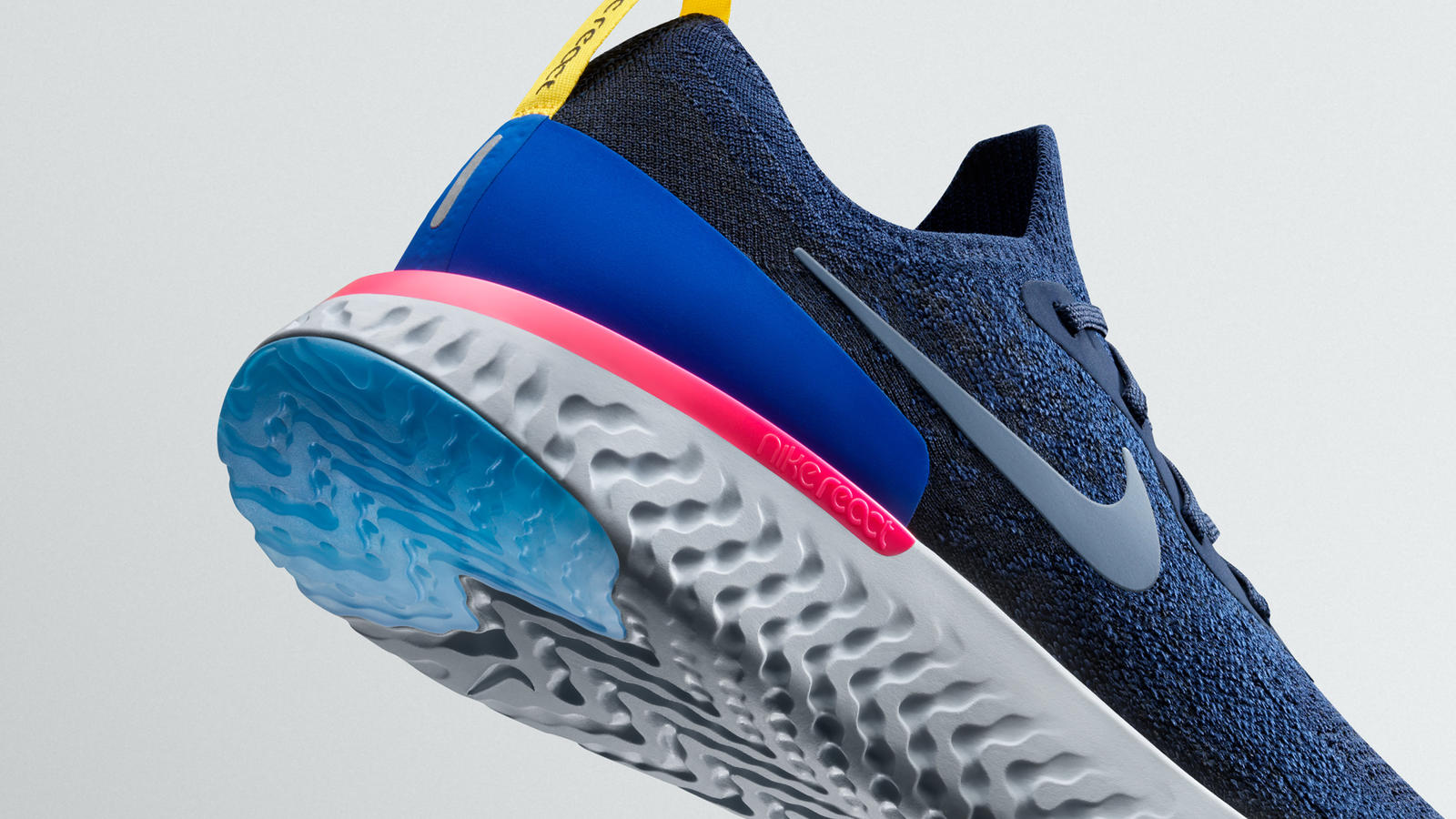 The midsole extends beyond the upper around the heel to provide the cushioning runners want and the stability they need. 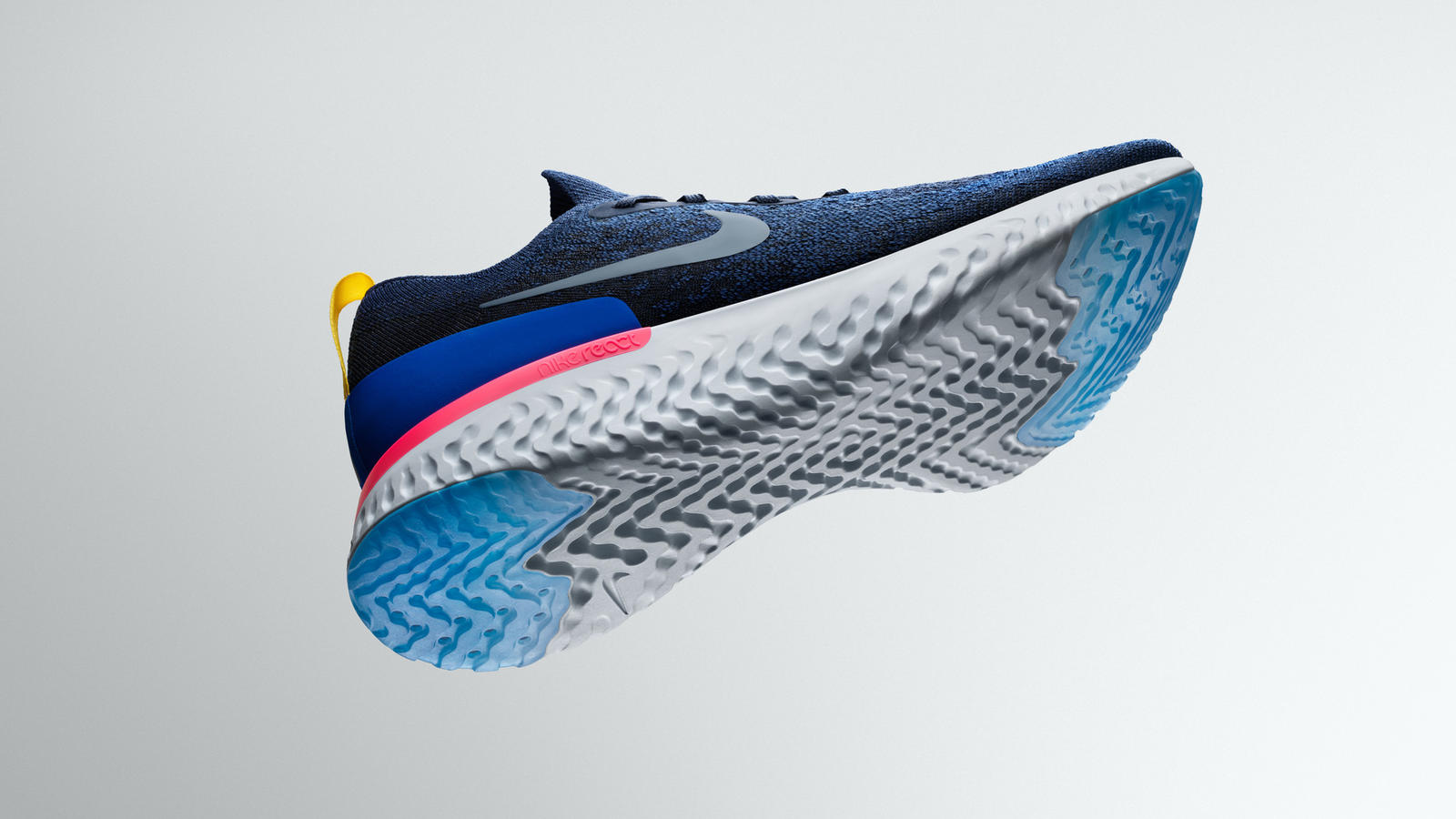 The shoe’s upper is simple. The forefoot, toe and arch are very sculpted thanks to the one-piece Nike Flyknit bootie (which takes cues from the Nike Flyknit Racer) that was precision-engineered for support, flexibility and breathability in the spots where runners need it. It’s minimal and close to the foot but still supportive.

In comparison, the tooling is relatively pronounced and exaggerated. Because Nike React foam is significantly softer than EVA-based foams of the past, it smooths bumps in the road more effectively — but the midsole had to be taller in order to avoid “bottoming-out” and wider to give runners a supportive base. To solve for that, designers extended the midsole beyond the perimeter of its upper around the heel to provide both the cushioning runners want and the stability they need.

Computational design, which enables rapid data-driven ideation, was used to create the midsole, which is one piece of Nike React foam (with no carrier, cement or glue). This method allowed for engineering the surface of the midsole to deliver cushioning and support in the specific spots needed during a run, while eliminating material wherever it’s not absolutely necessary in order to keep weight to a minimum. The visually complex pattern varies in depth, where deeper parts indicate areas of more cushioning and shallower portions produce more firmness.

Because the upper sits on one piece of foam, the outsole is essentially the same as the midsole, but with a segment of rubber under the forefoot and heel for added traction and to help enhance the shoe's durability.

The Nike Epic React Flyknit will be available February 22 on nike.com and at select retailers.