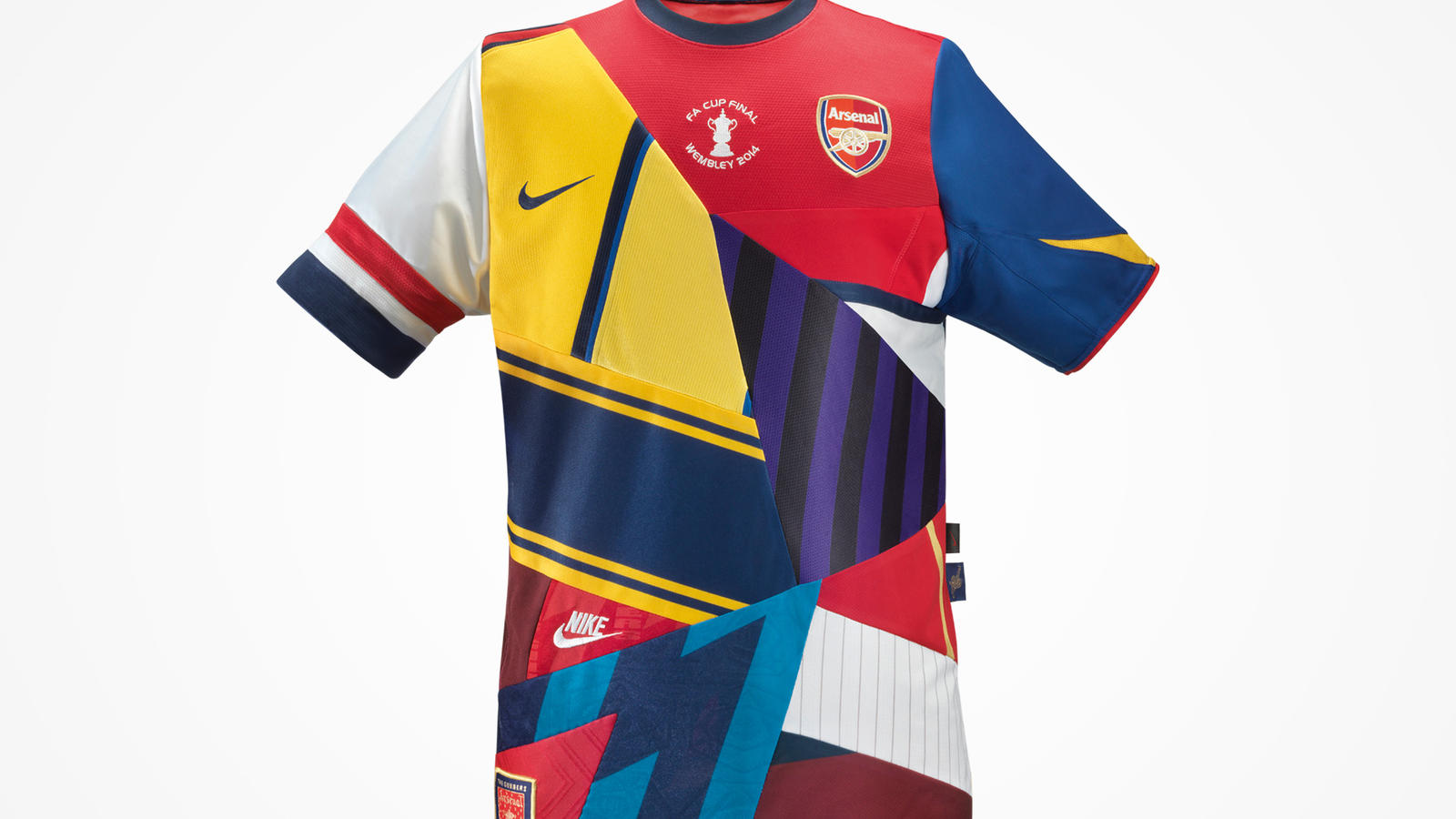 Nike has worked with Arsenal FC to create a commemorative shirt following the Club’s 2014 FA Cup victory, celebrating the 20 –year partnership between the club and the Swoosh.

The shirt, which uses the current 2013-14 home kit as its base, incorporates a unique design that is inspired by a selection of iconic Arsenal kits from the past two decades.

As well as featuring industry-leading innovation, each Nike shirt throughout the 20-year partnership is evocative of key moments in Arsenal’s rich history – from the kit worn during the 2003-04 ‘Invincibles’ season, to the celebratory redcurrant shirt that marked the final farewell to Highbury in 2005.

“Nike has enjoyed a wonderful partnership with Arsenal Football Club.  The kits that Nike has produced for the Club over the last twenty years tell a story; a timeline of quality that will be remembered for a long time to come.”

Limited edition, individually numbered artwork prints of the shirt will be created and sold, with a number available to purchase at Nike Phenomenal House at the Sorting Office. London's Phenomenal House will open its doors to the public from May 26-31 for a unique, diverse and action-packed celebration of fearless football and London’s love of the game.

The shirt itself is not for sale. It will be on display at the Phenomenal House from May 26-30, then at NikeTown London from May 31, before moving to its permanent home in the Arsenal Football Club Museum from June 30.

For more information on London’s Phenomenal House go to www.nike.com/riskeverything