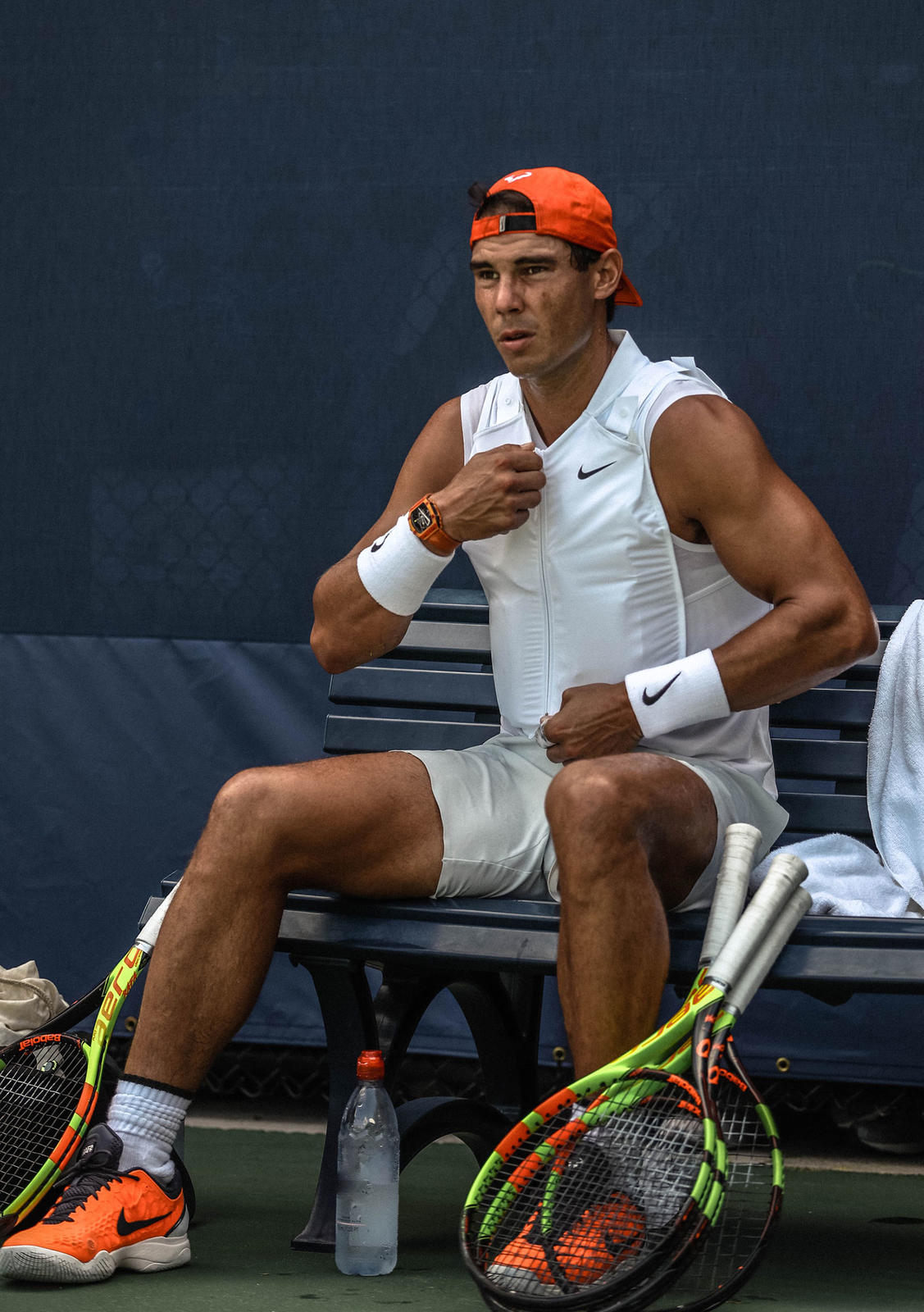 Rafael Nadal wears a new Nike cooling vest during practice at Flushing Meadows. The vest is designed to reduce stress on the body caused by high heat and humidity.

Flushing Meadows has had a scorching couple of weeks, with midday temperatures pushing 95 degrees and humidity reaching nearly 50 percent. Athletes are doing everything they can to stay cool. To that end, you may have noticed both Rafael Nadal and Maria Sharapova don an unfamiliar piece of equipment on Monday in preparation for their late-round matches.

The court cameos are the latest Nike cooling vest, designed to reduce the stress on the body caused by high heat and humidity. While the vest has undergone extensive wear tests, this marks the first time the vest has been worn for a tennis competition.

“Anything that can help with this heat is a benefit,” says Nadal. “We typically use wet towels to stay cool, but this vest gives me relief in all the places I need it. Every area of the vest was designed with players in mind.”

The prototype was born in the Nike Sport Research Lab through tests on the relationship between body temperature and athlete performance. Nike researchers found that roughly 25 percent of energy used during exercise goes toward moving muscle, and the remaining 75 percent becomes heat that increases body temperature. This can hinder athletic performance, both physically and in an athlete’s mind.

The solution: A customizable vest that has four removable cooling packs to cover maximum surface area across the front and back of the torso, and is capable of quickly reducing body temperature — sometimes within only two to three minutes. Lightweight and form-fitting, the Nike cooling vest is comfortable enough to wear in warm-ups before matches, between games and during rest periods to help NikeCourt athletes play longer and harder in extreme conditions.