What does a sensory exploration of tradition look like? That question guides the Chinese New Year 2021 collection for NIKE, Inc., grounded in colorway and material choices that are inspired by a joyous temple fair, and specifically organized into three design themes: the explosive firecracker, the artisanal Chinese knot and the naturalistic spring blossom. Each detail immerses the collection in different senses and textures, showing off a full range of creative expression that typifies year-end celebration. 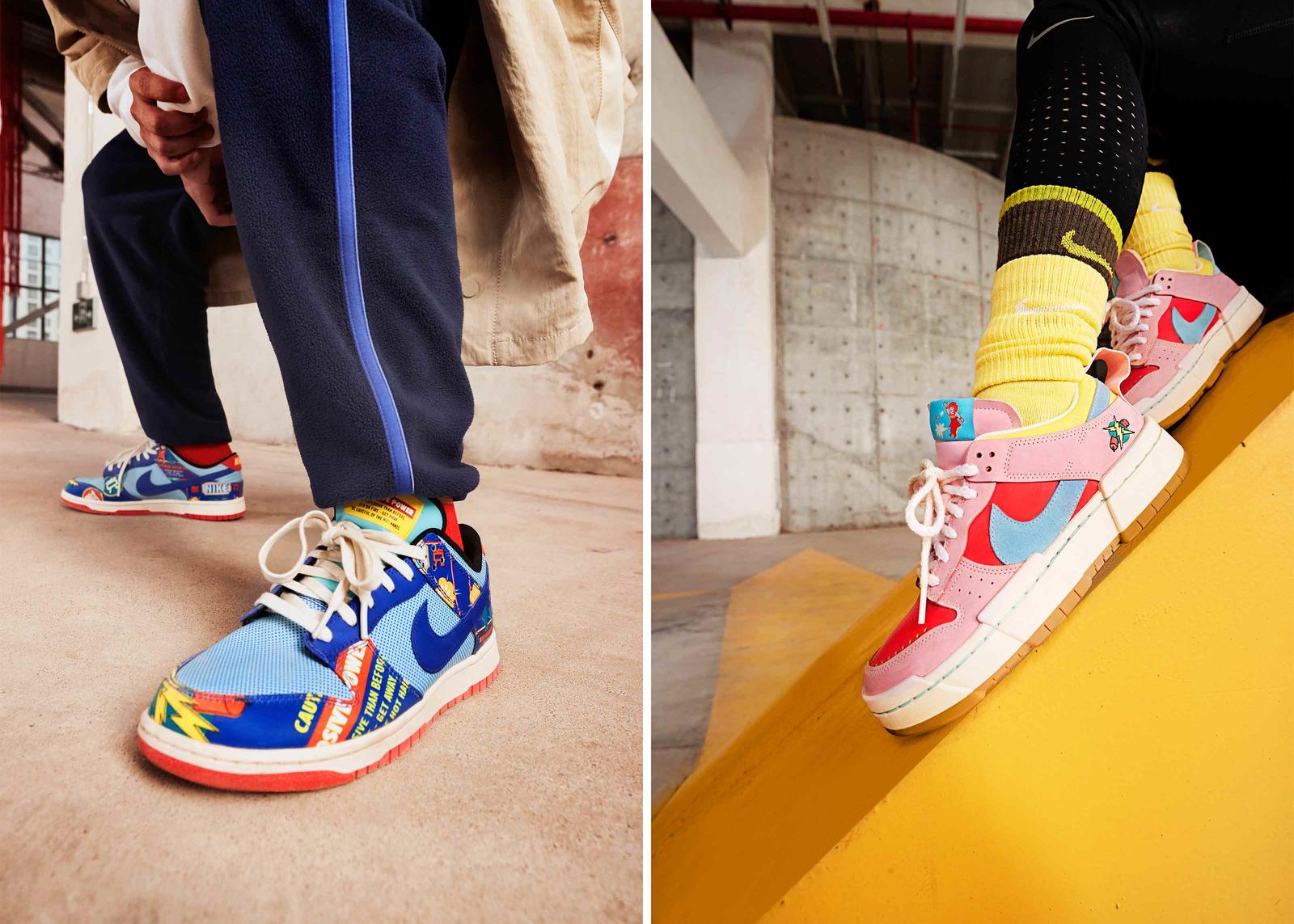 The firecracker assortment distinguishes some of the highlight silhouettes in the Nike, Inc. collection. Layered upper details characterize the Dunk OG and the Women’s Dunk Low Disrupt, which are inspired by firecracker packaging and complete with warning-label print, wrinkle-paper textures and fuse-style laces. 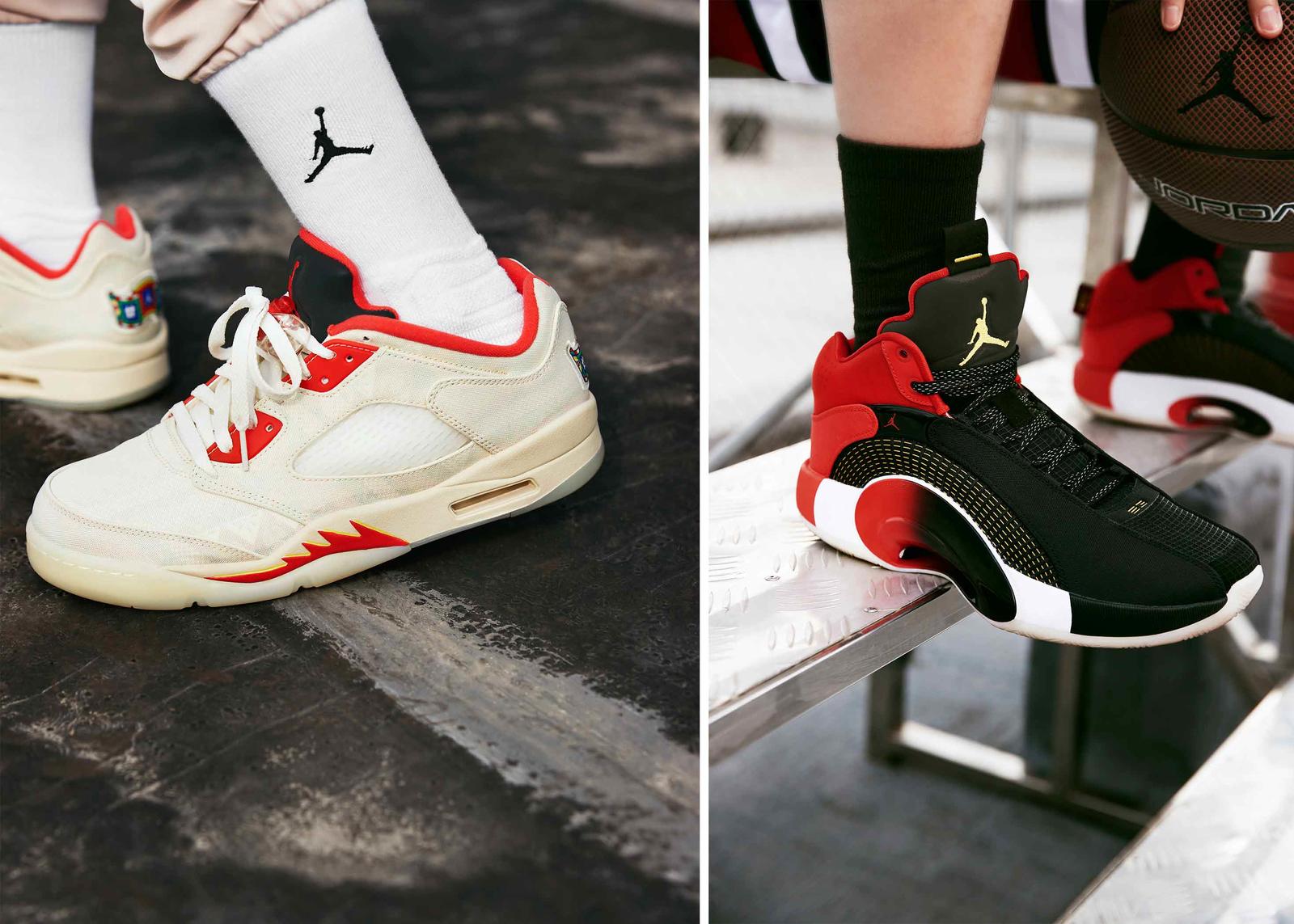 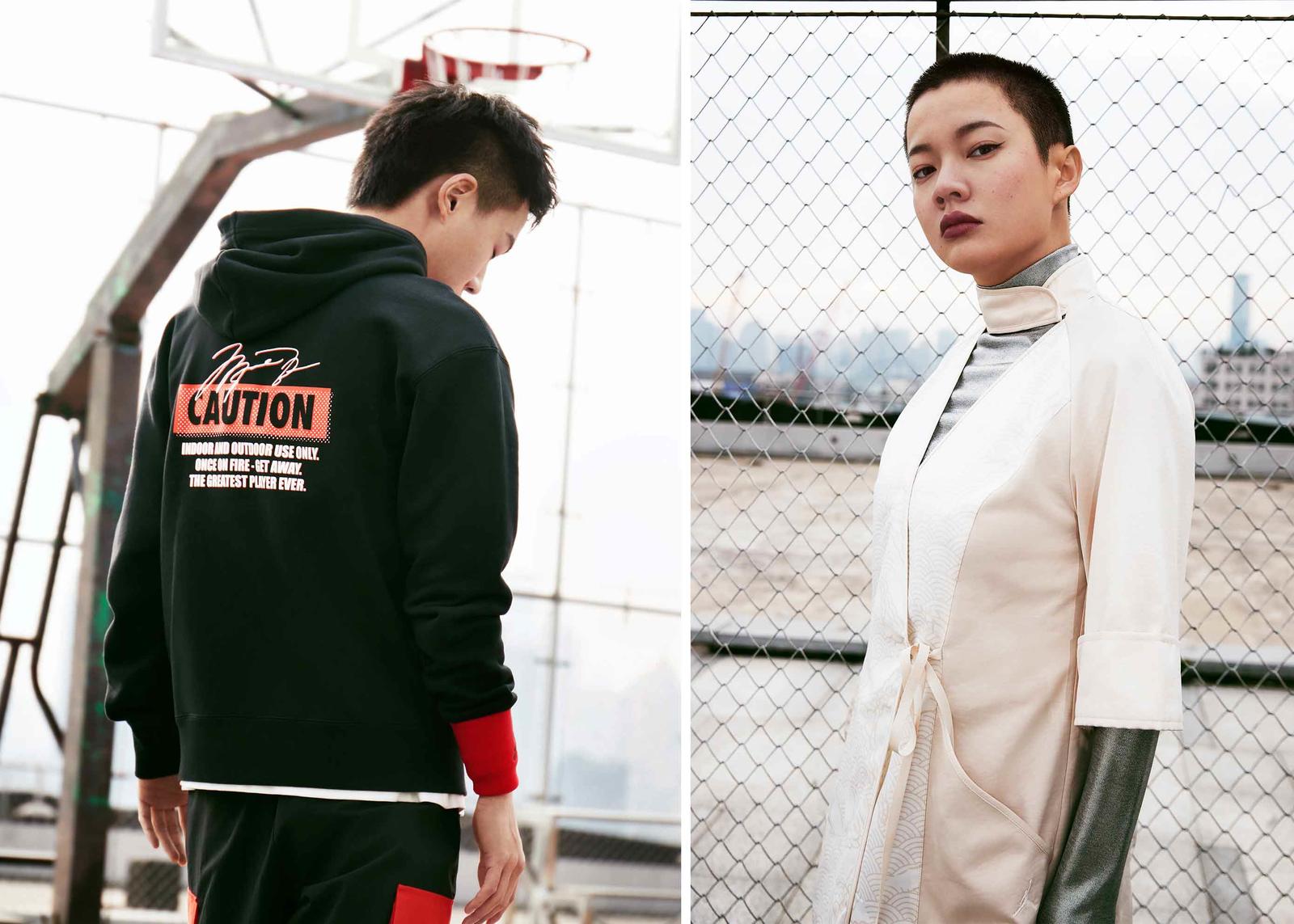 Exclamatory prints on the apparel, pointing toward the warning labels on packages, appear on a collection of fleece hoodies, heavy washed-knit tees and pants. Jordan Brand apparel including a men’s jacket and a women’s dress feature inspired takes on traditional Chinese costume. 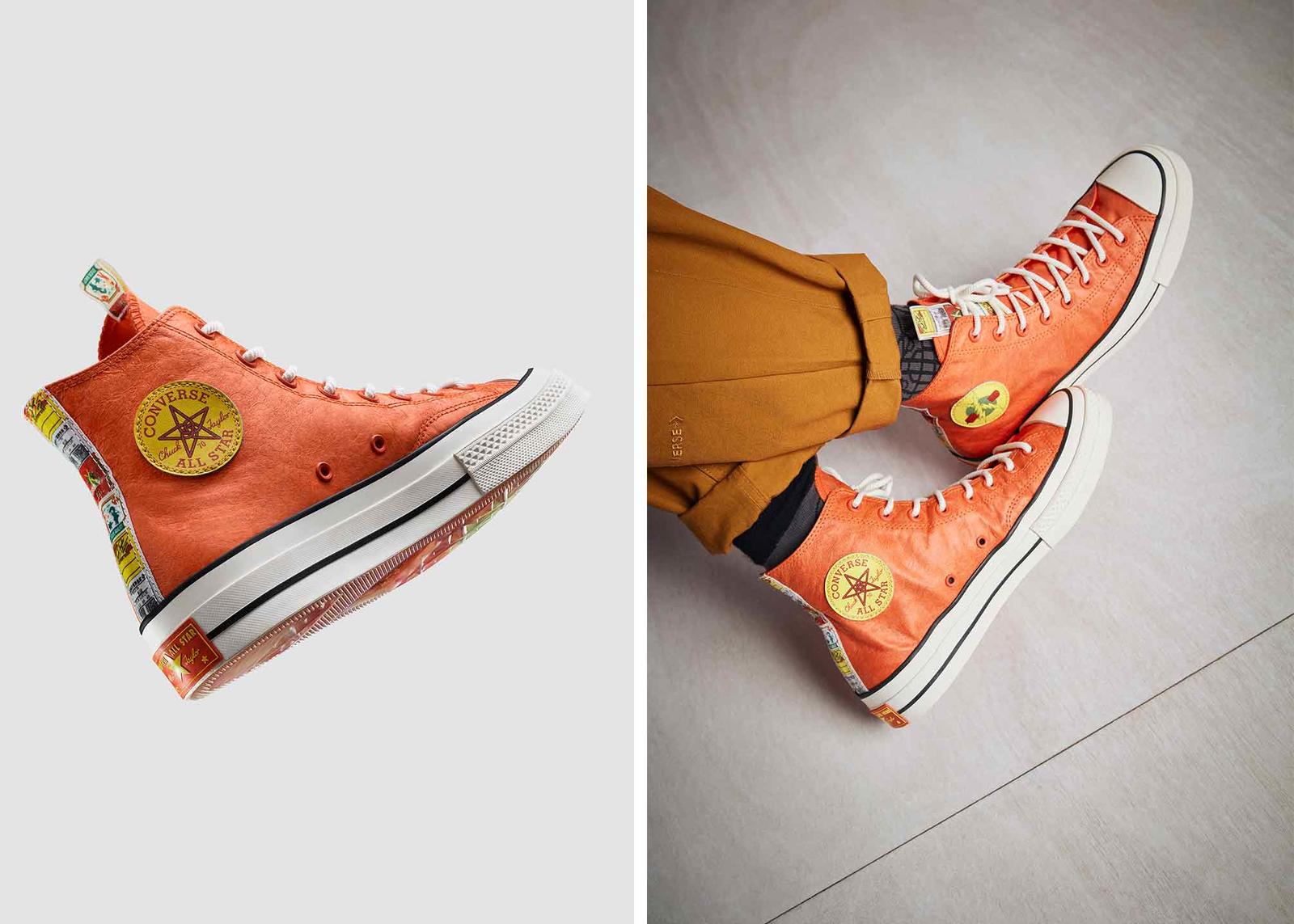 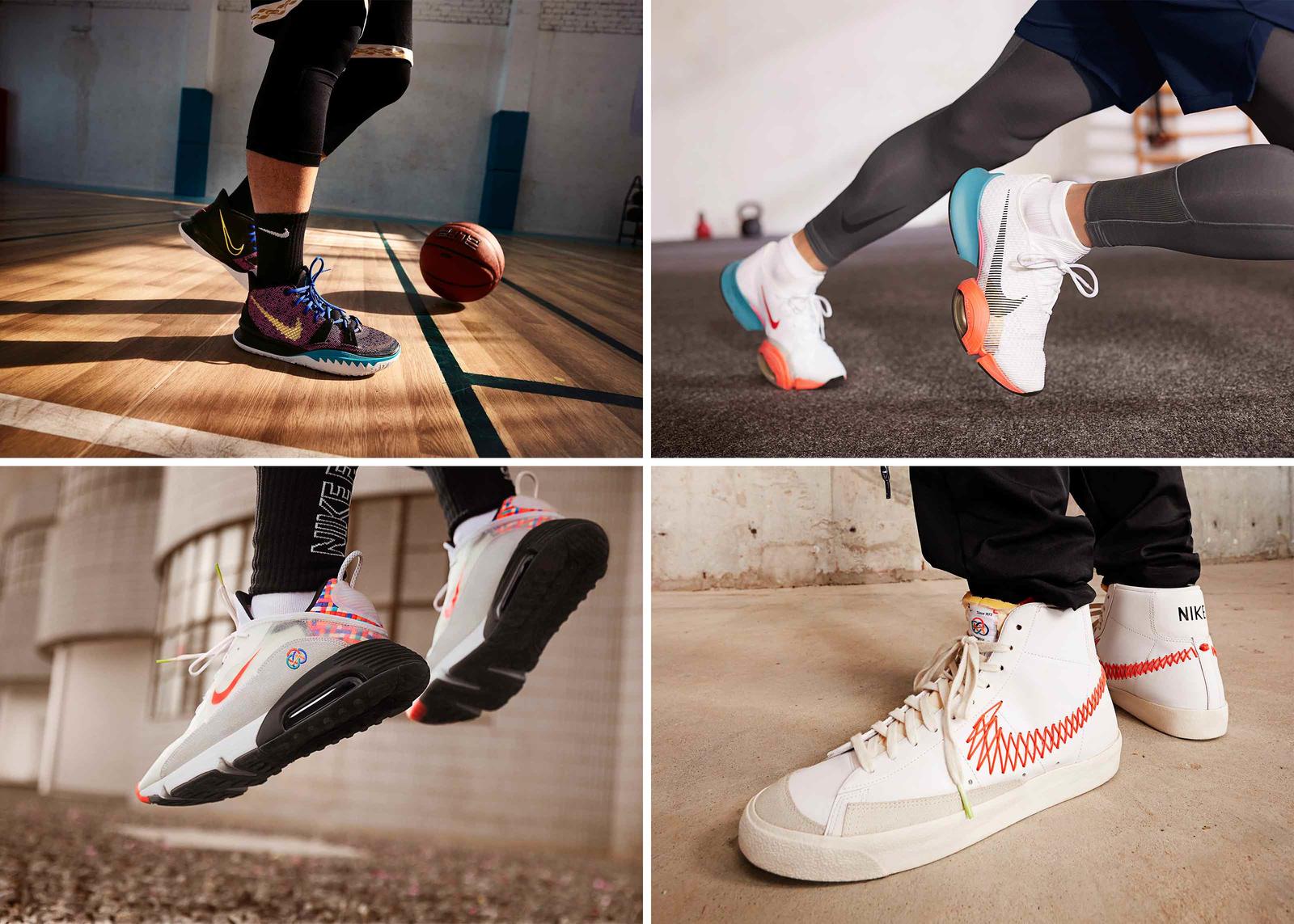 The color-blocking in the Chinese knot assortment uses laced, woven detailing to convey a sense of unity. Key Nike performance silhouettes include the Kyrie 7 and the SuperRep 2, while lifestyle offerings include the Air Max 2090 and the Blazer Mid 77. The tongue tag on select silhouettes features a custom logo that’s made to read like a nostalgic ticket to a temple fair, which has the concentric, looped design of a knot. 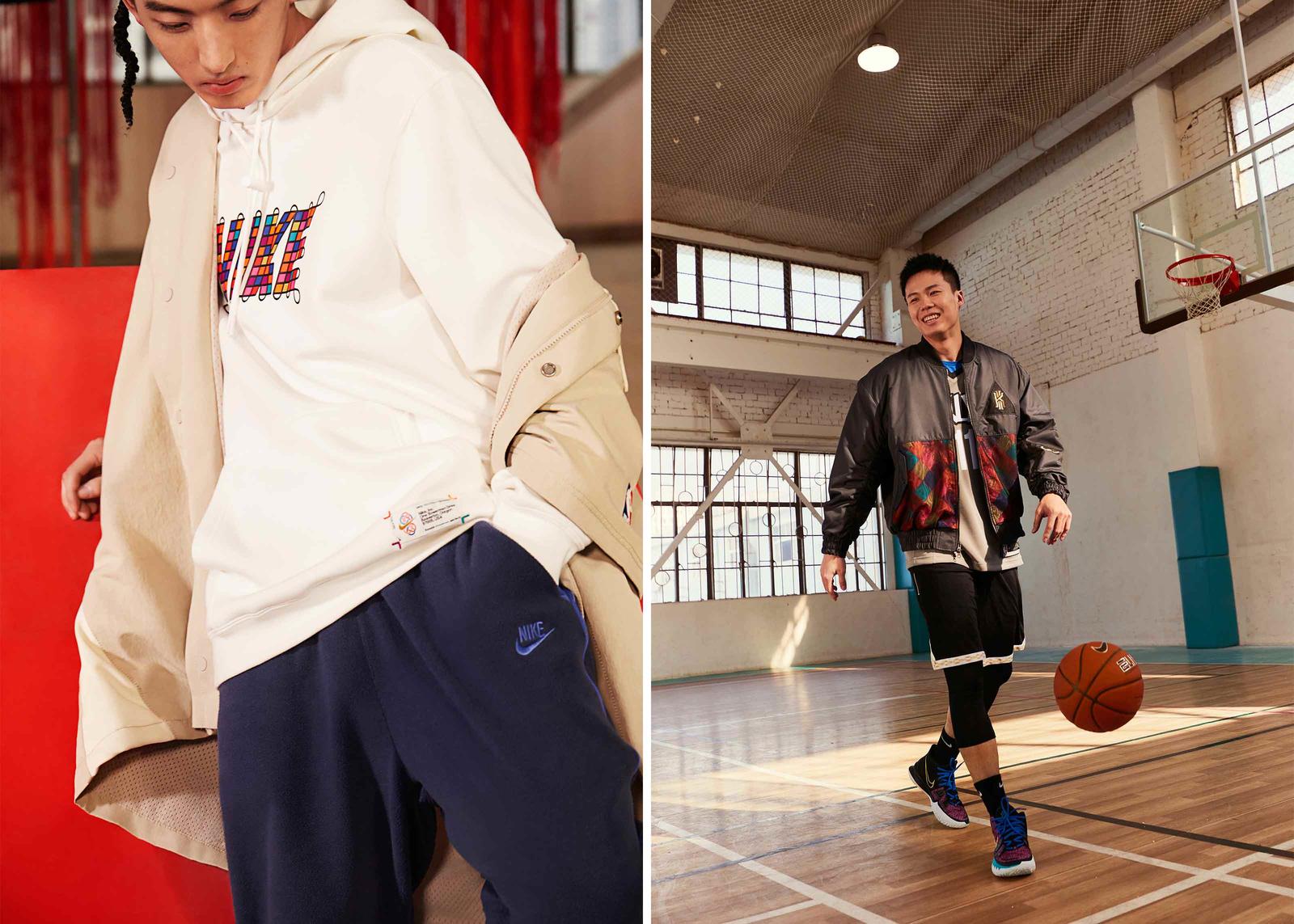 Nike apparel pieces include a varsity jacket, hoodies and crew fleeces. A Kyrie jacket adds a woven-inspired pattern over the pocket section. 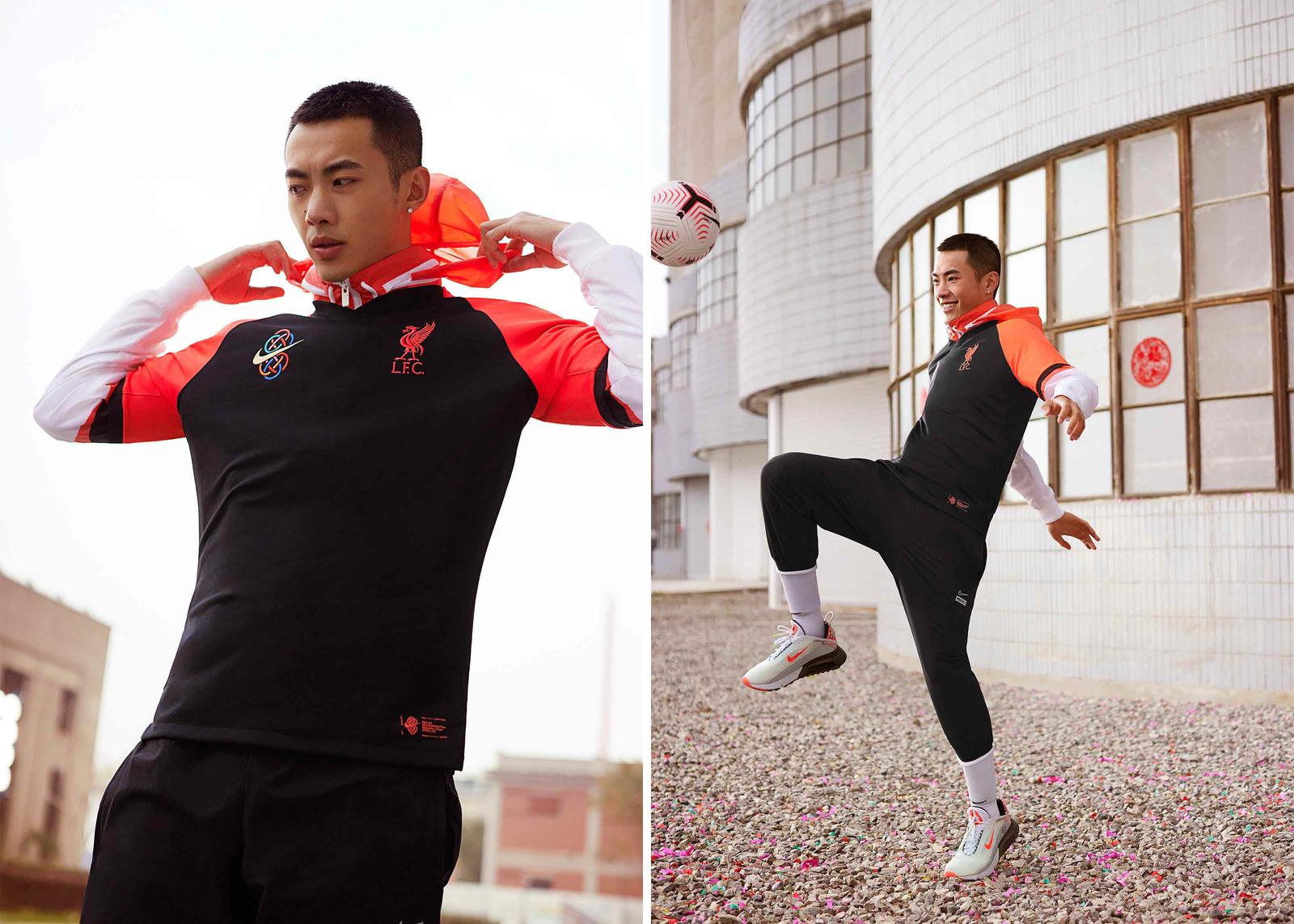 The ticket-stub logo is printed on the chest of a special-edition Liverpool FC kit, the first football kit to be included in a NIKE, Inc. CNY collection. 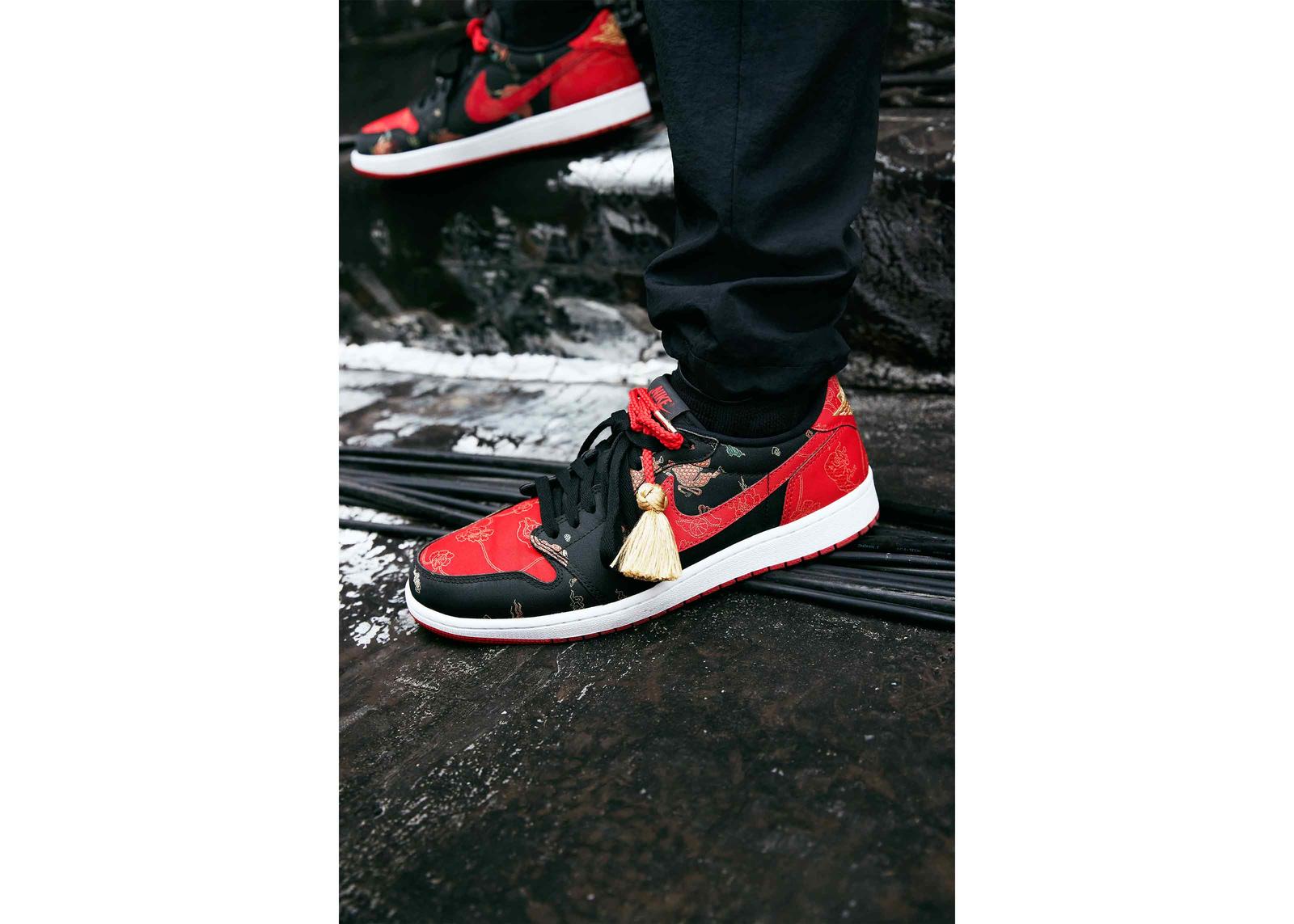 Celebrating the Year of the Ox in a repeat Jacquard pattern with foil accents, the Air Jordan I Low OG is configured in Bred-inspired color-blocking and comes with a removable embroidered bracelet, symbolizing a red knot bracelet with a gold pendant for good luck. The box comes with a collectible card insert. 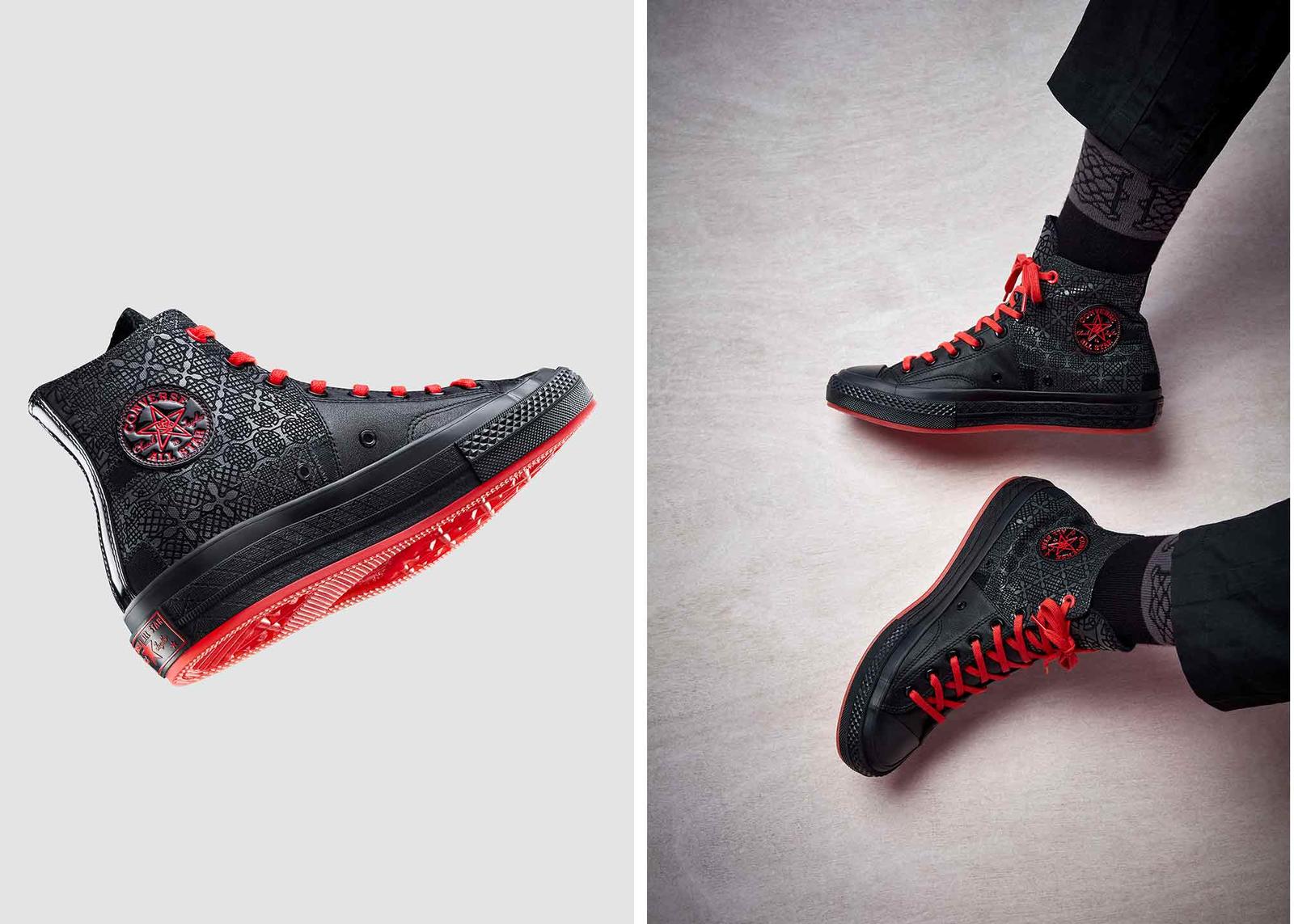 The Converse Chuck 70 comes with an upper consisting of an embossed graphic that pays homage to the craftsmanship behind Chinese knot-making, appearing in canvas and patent leather in metallic red and black tones. 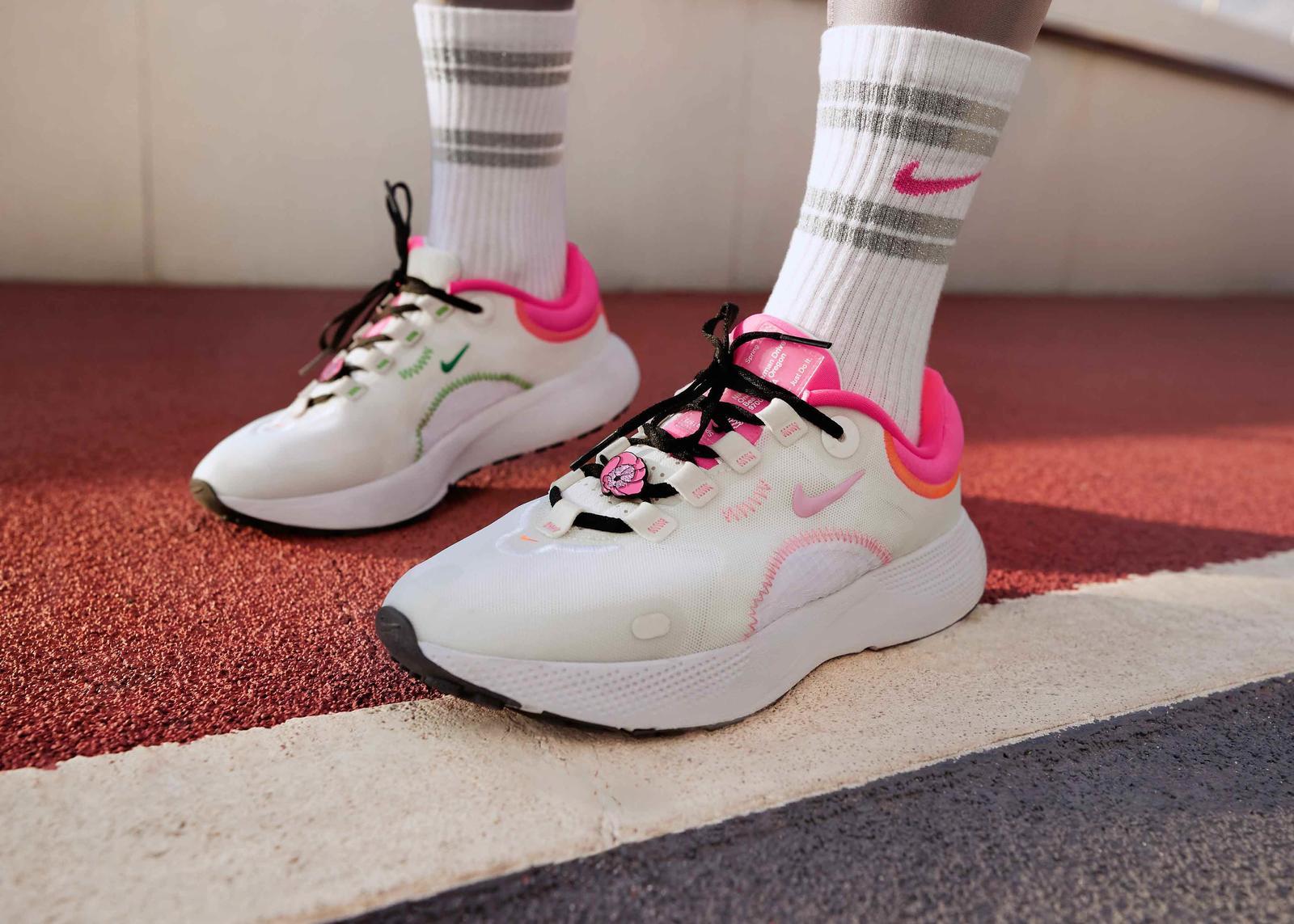 The soft, pink textures in the Nike Escape Run represent the varieties of peonies, orchids and other fresh flowers that are omens of good fortune ahead of the new lunar year. The new women’s running silhouette features a dual-density Nike React midsole for comfort, longer eyestay and a shorter vamp for a sleek look. 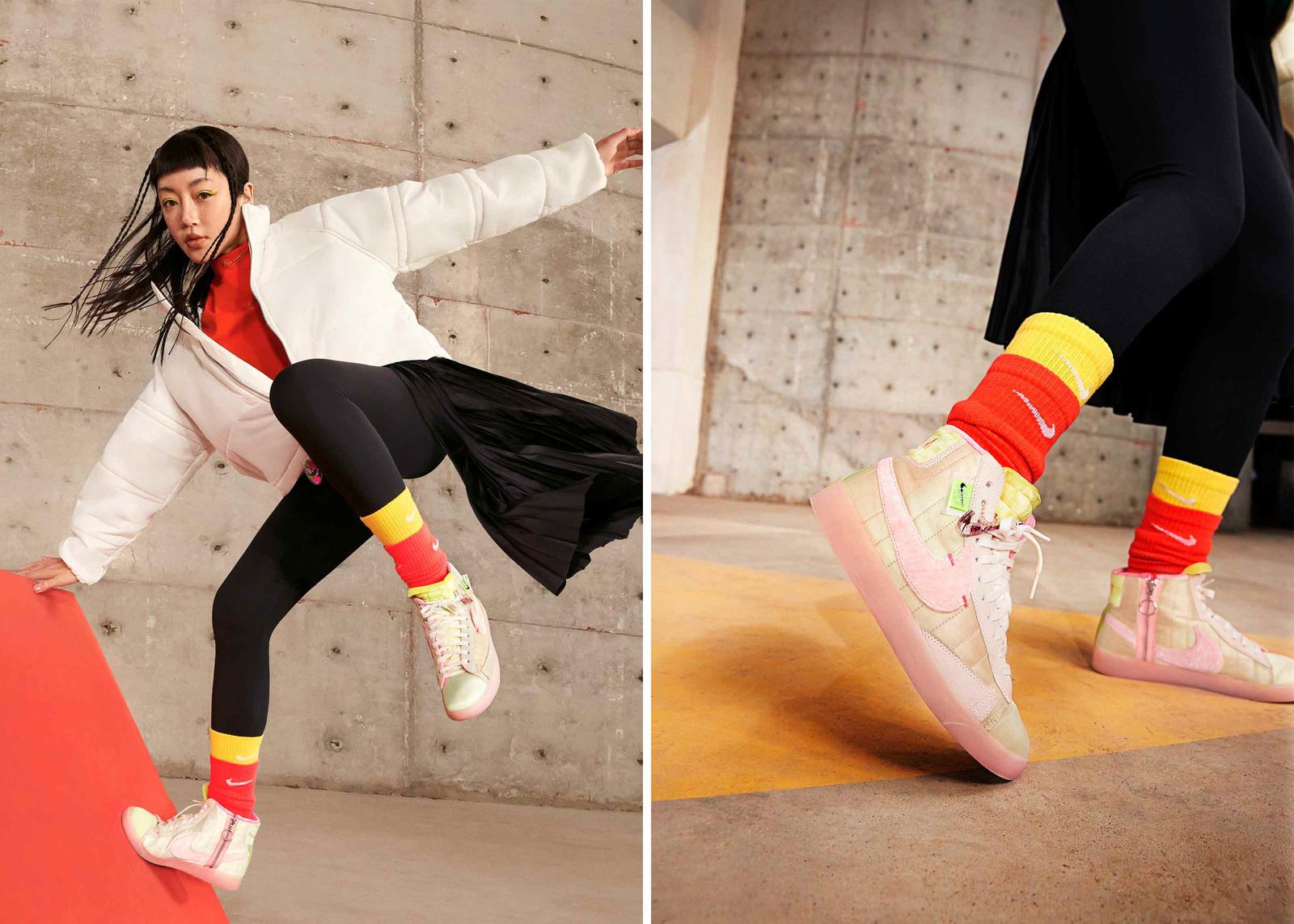 The NSW apparel arrives in an assortment of hoodies and jackets. Other NSW footwear offerings include the Air Max Verona and the Blazer Mid Rebel. 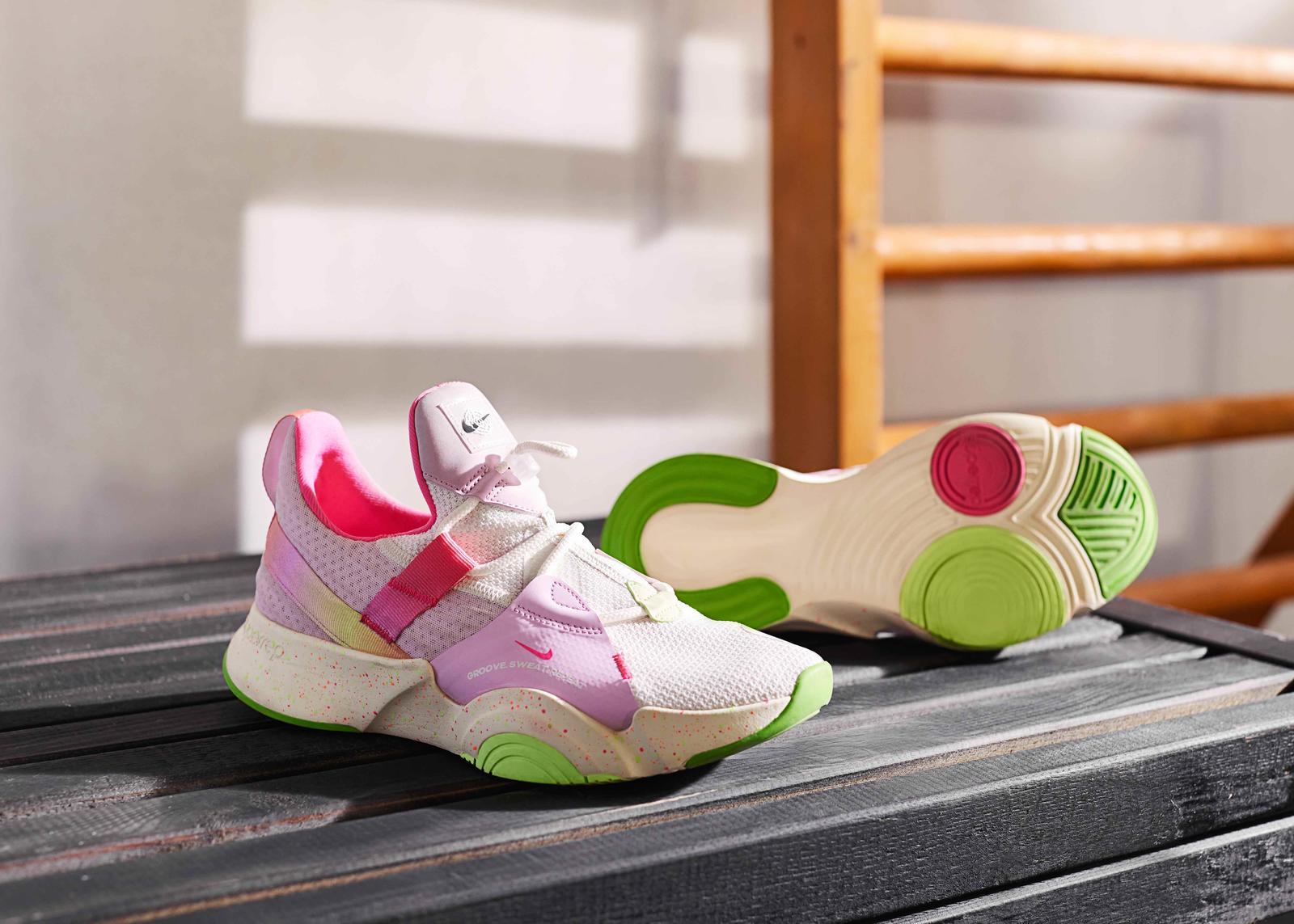 For dance, flowery pastels are featured on the Nike SuperRep Groove. 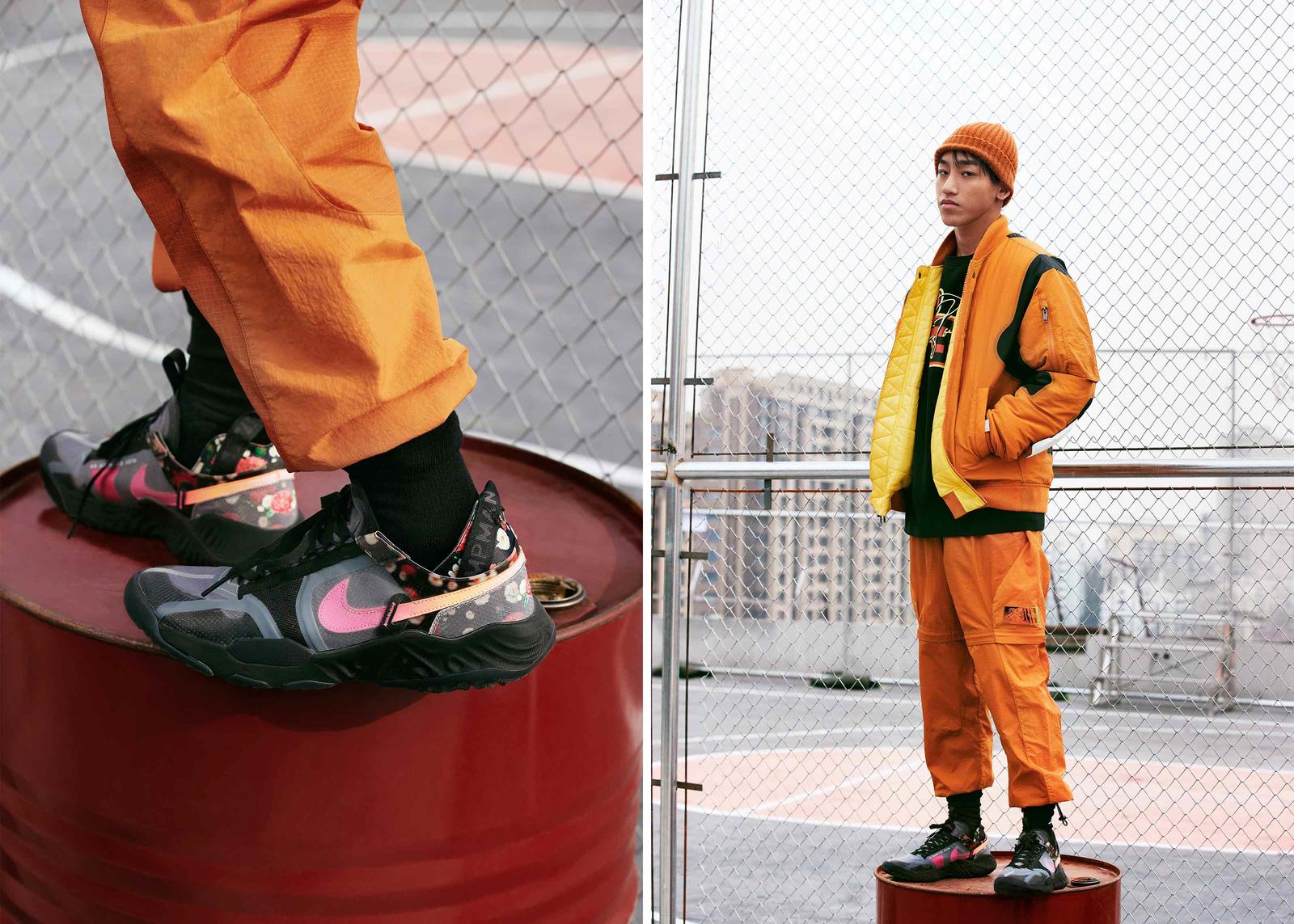 Springtime floral patterns appear on the hybrid Jordan Delta Breathe. The lateral Swoosh responds to UV light, causing the color to fade out of hyperpink. 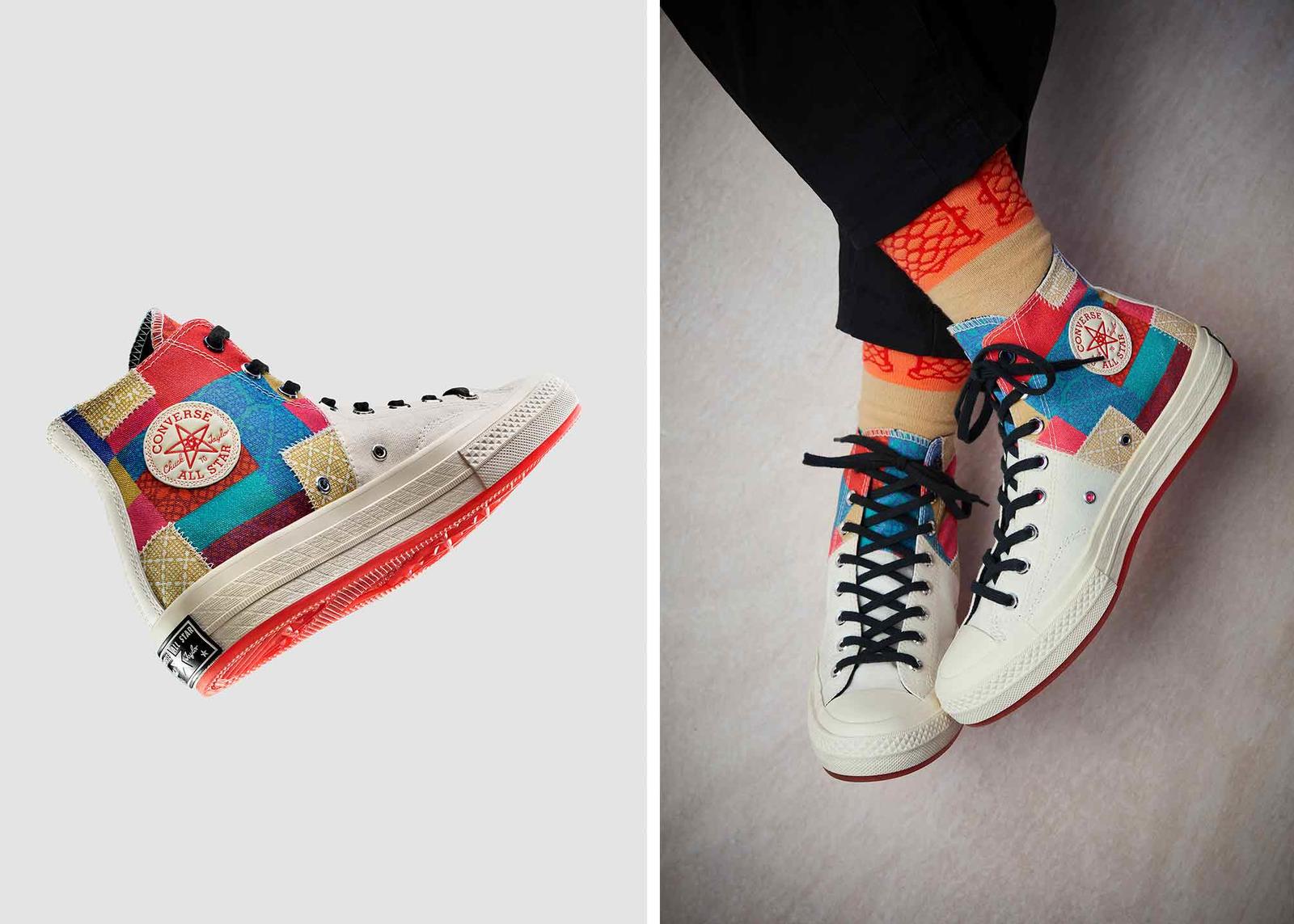 The Converse Chuck 70 captures a celebratory spirit of recreation with a pattern inspired by Chinese patchwork, a form of quilting made by sewing together scraps of fabrics to form a new blanket –The silhouette features a special Chinese knot logo on the medial patch, two shoelaces (black/beige) and textured foxing tape.