In the Year of the Rat Chinese New Year Collection, Each Pattern is a Time Capsule

The Year of the Rat — YOR — begins a new cycle in the 12-year Chinese Zodiac Calendar. It also coincides with the globe's most well-known sporting event, in which China and Nike share a rich, interwoven history. This recurrence is the backdrop for the patterns in Nike's 2020 Chinese New Year collection, incorporating designs from the last four YOR cycles into footwear and apparel from Nike and Jordan Brand.

The respective designs form a pattern reminiscent of Yuxian paper-cutting, which involves using scissors and knifes to turn brightly-colored rice paper into images of animals, flowers, landscapes and folkloric figures. 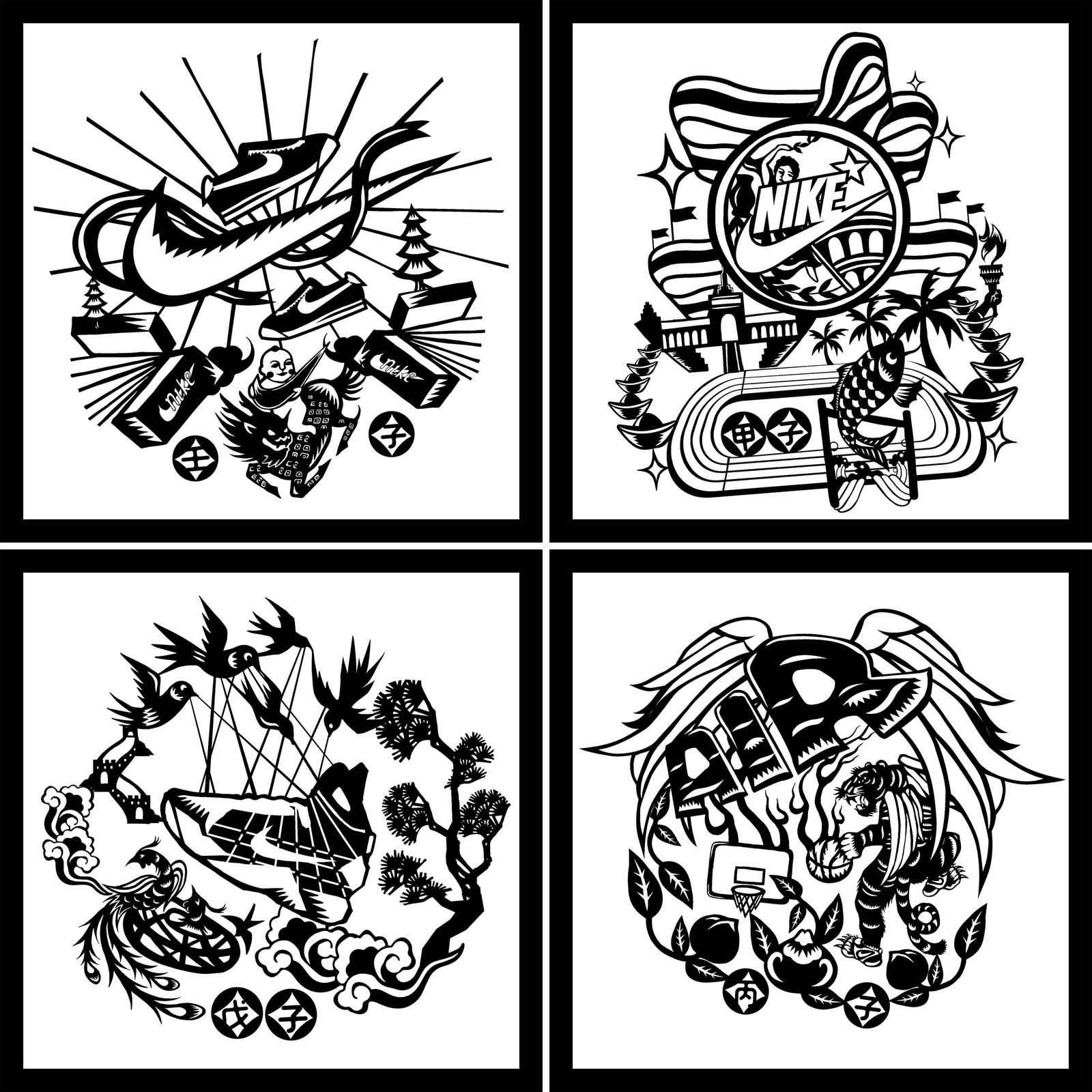 The collection for YOR features graphic improvisations on four YOR events relating to Nike’s history in China: [clockwise from top left] 1972, 1984, 1996 and 2008 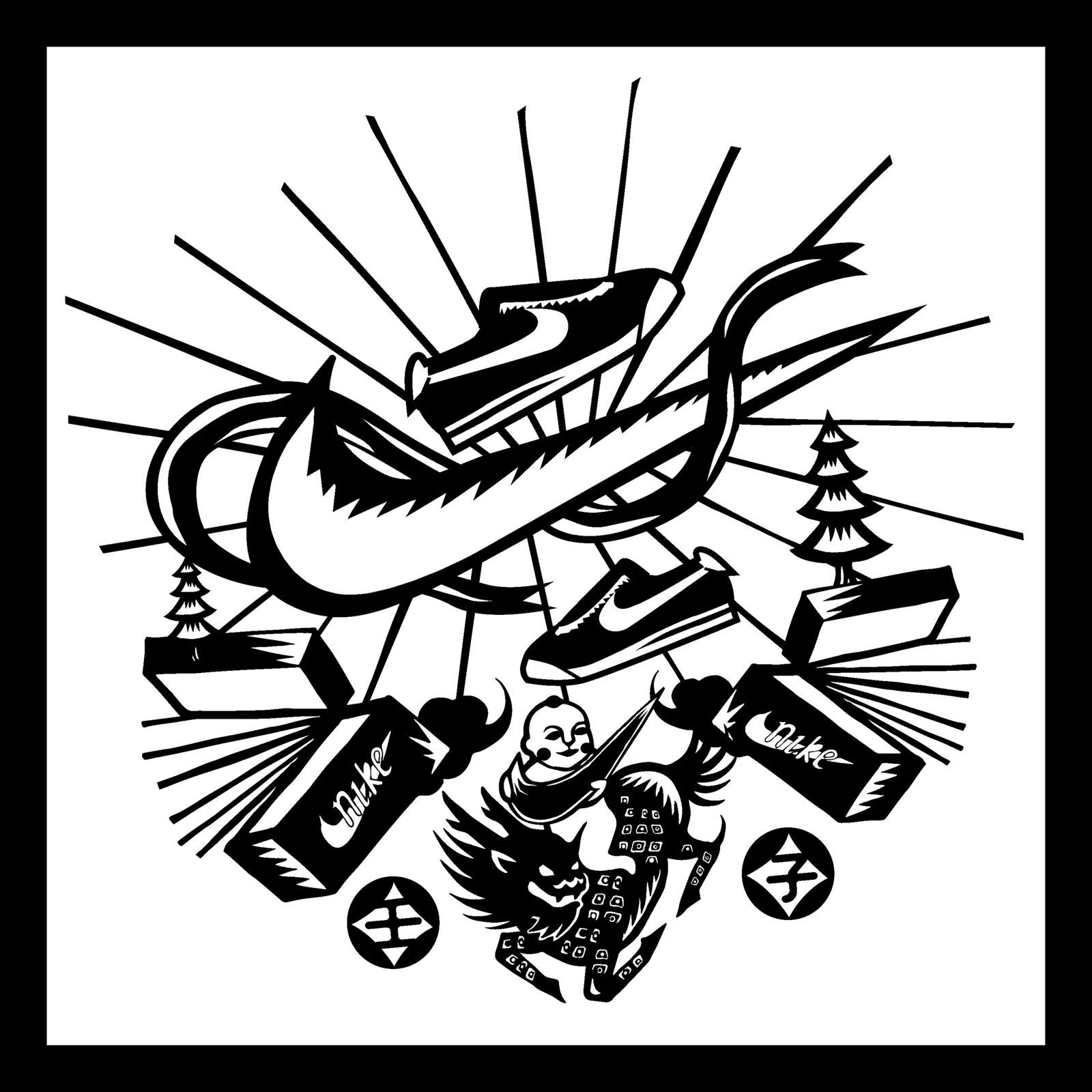 1972: This year saw the founding of the Nike Brand. It was also the year of the Nike Cortez, which pioneered a new midsole cushioning system for runners. 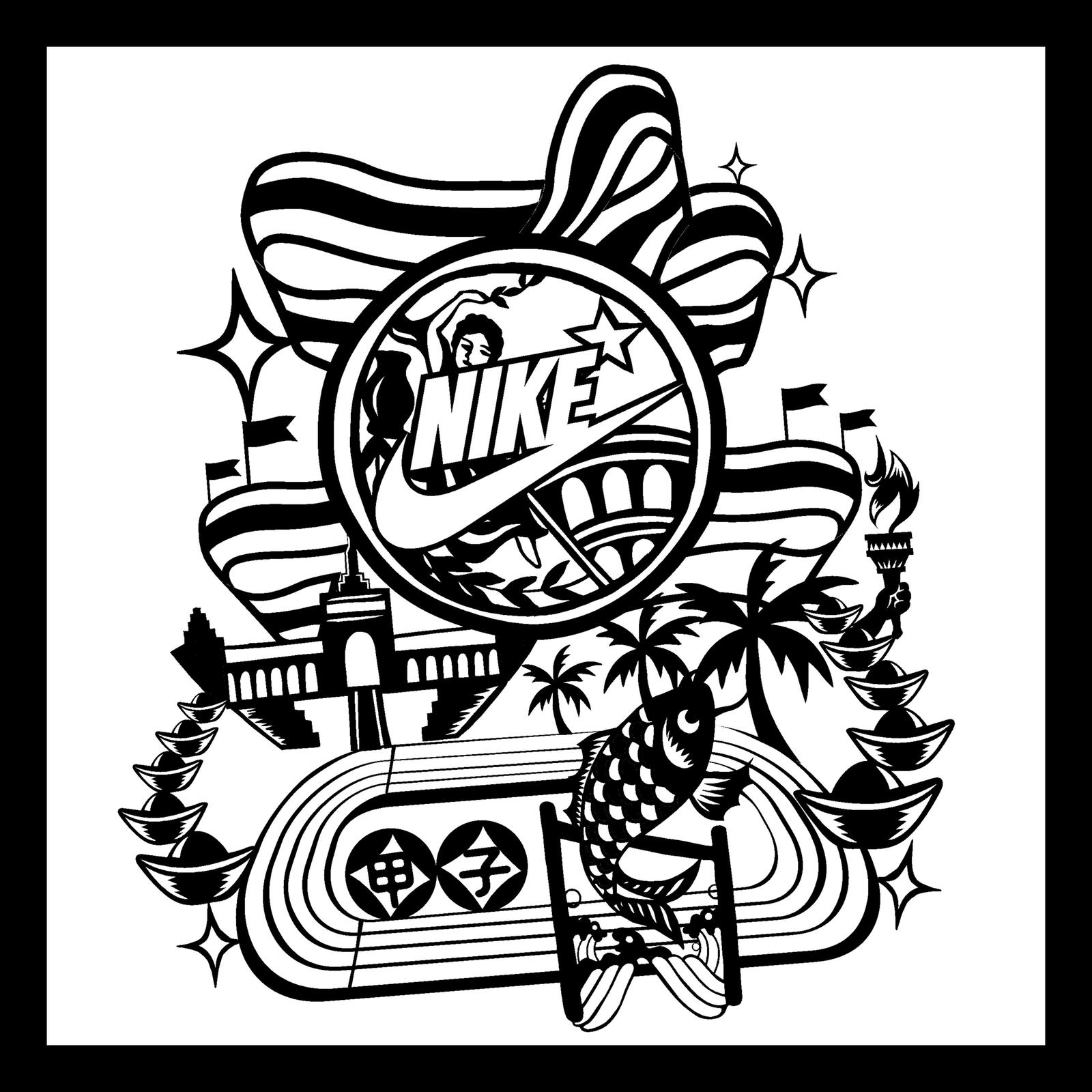 1984: In the summer of 1984, the global sporting world descended on Los Angeles, where China earned its first gold medal in the nation’s history. The year 1984 was also when Nike began its sponsorship with the Chinese national track and field team. 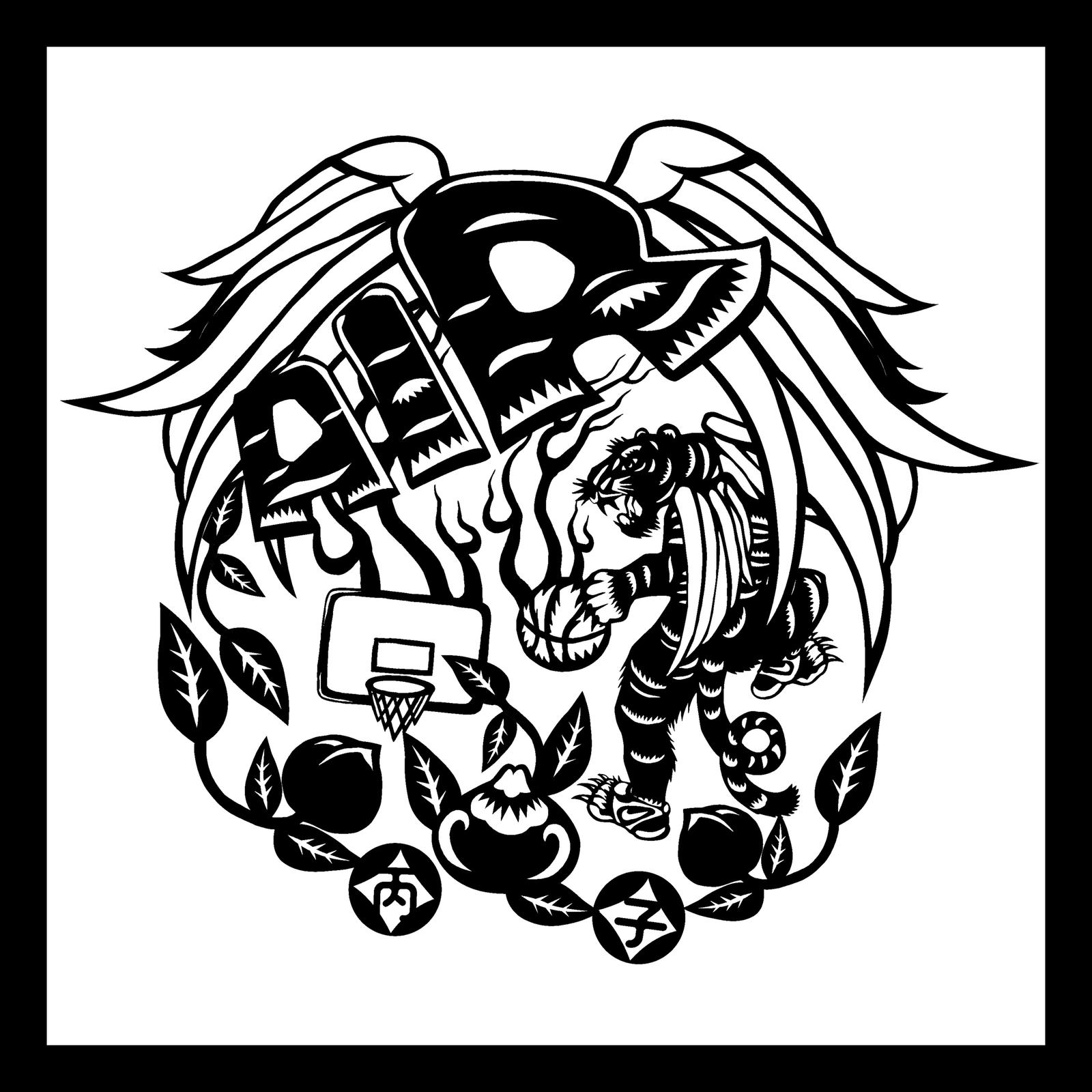 1996: The 1995-96 season introduced some of the most memorable basketball silhouettes in Nike’s history, such as the Air More Uptempo, the overblown letters of which are featured in the pattern here. This hoops fever of the mid-’90s easily moved overseas, just as the Chinese men's basketball team secured a quarterfinal finish in Atlanta, Georgia. 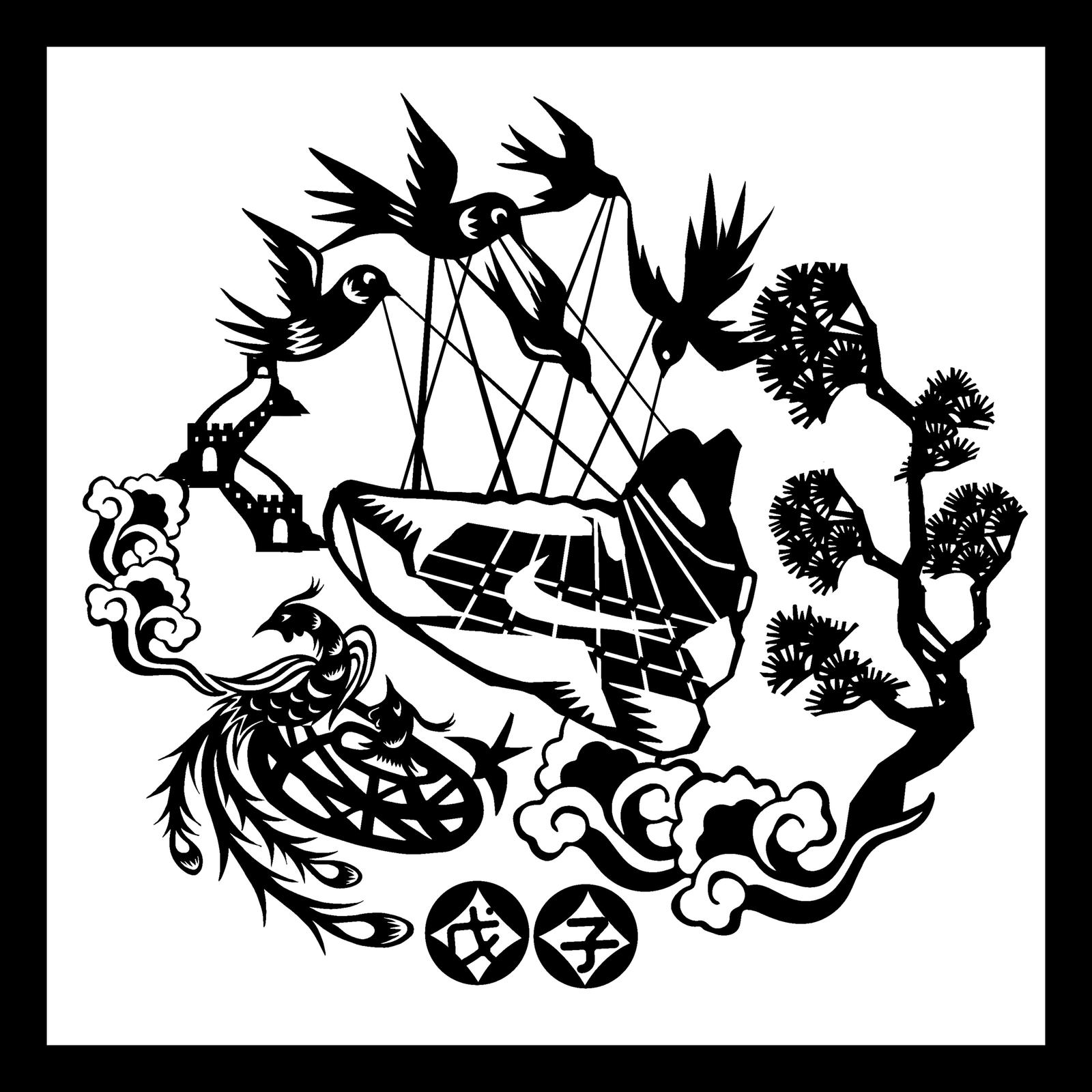 2008: in 2008, Beijing hosted the world’s marquee sporting event, a first for the nation. On the hardwood, Nike launched the Hyperdunk 2008 — featured in the collection's pattern — with Flywire technology, appearing on the feet of both Team China and Team USA. 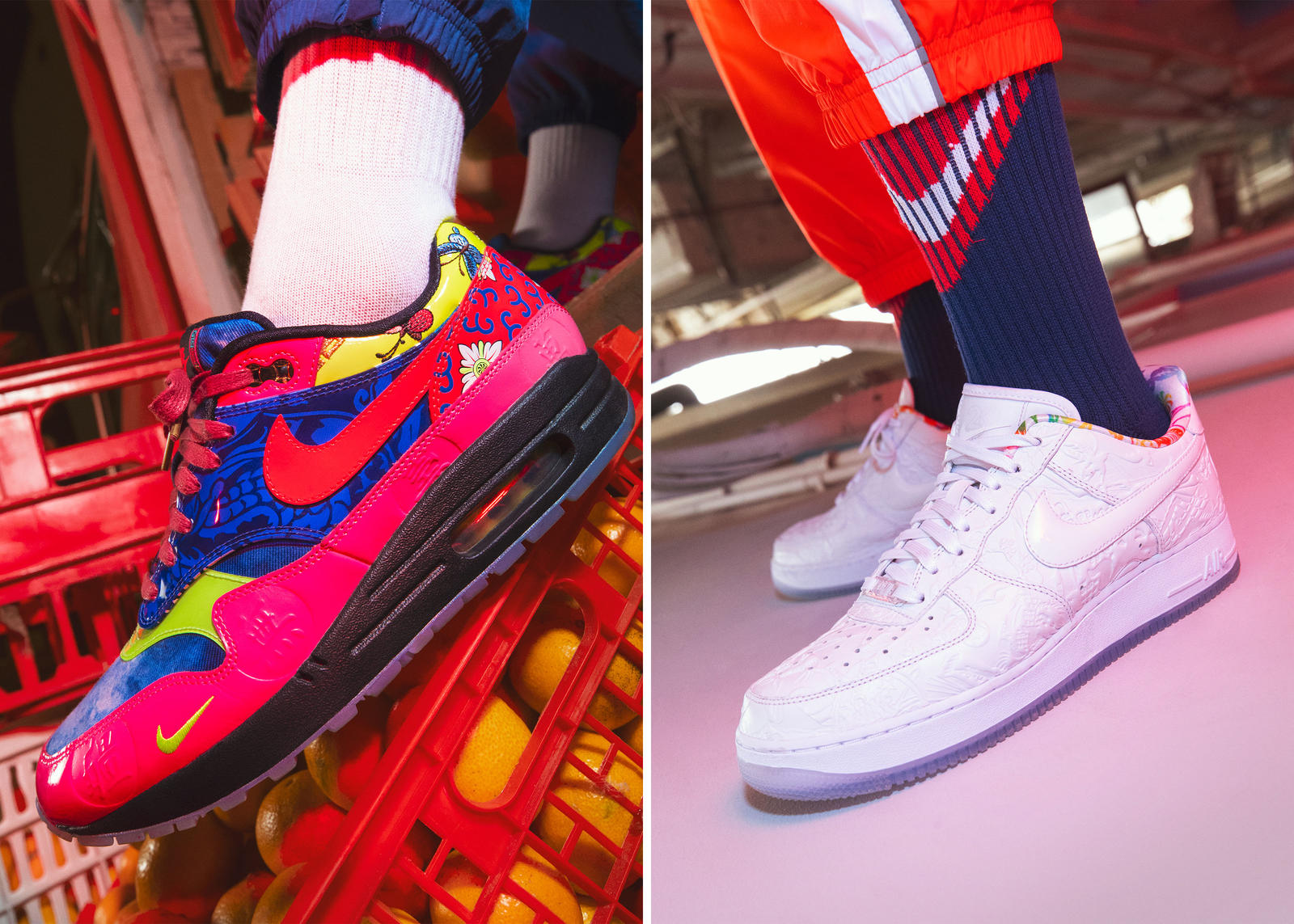 The patterns appear on select Nike performance and lifestyle footwear. On the left, the Nike Air Max 1 shows the design beneath a vivid upper palette, while the unique pattern of the Air Force 1 is embossed on the upper. 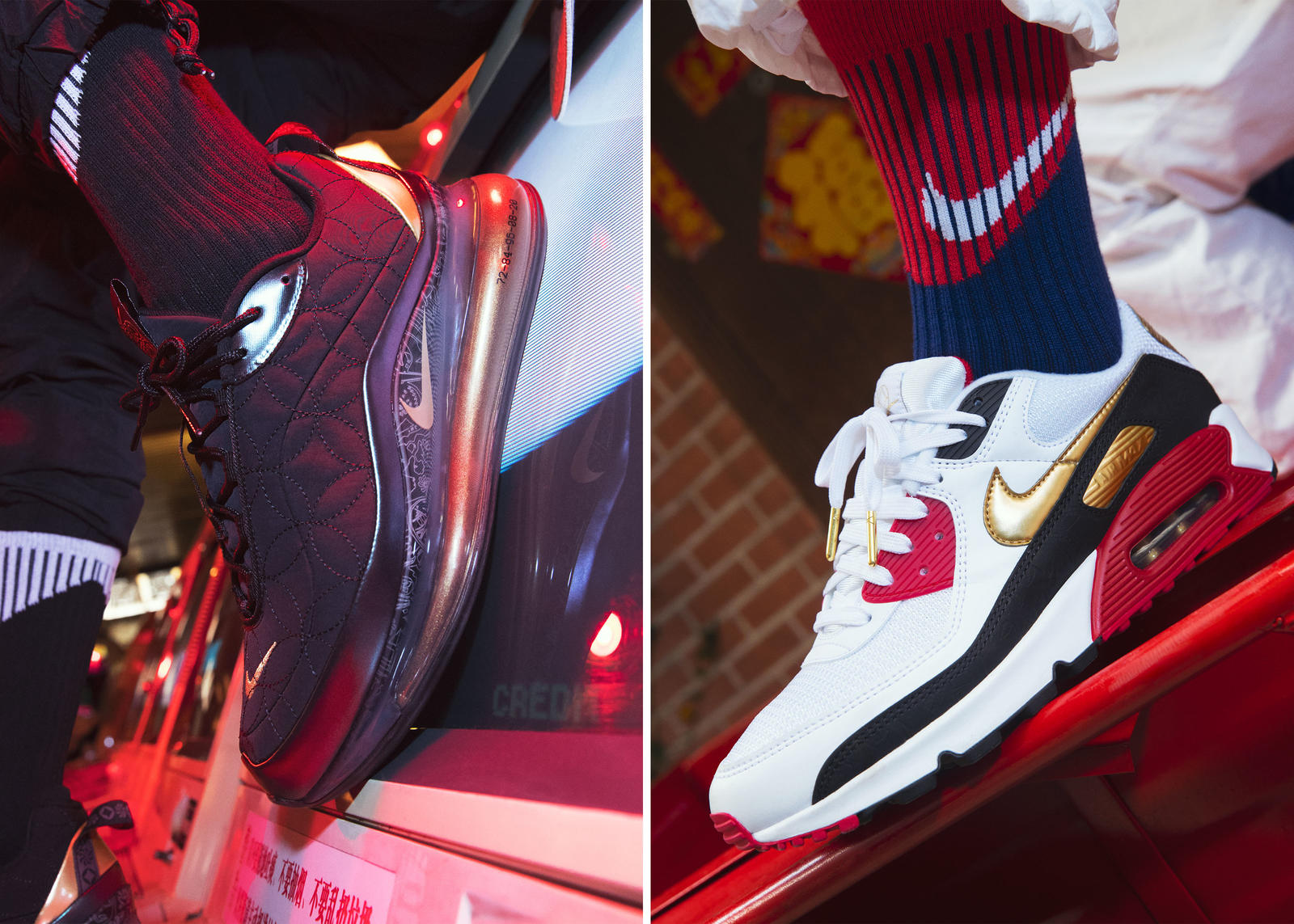 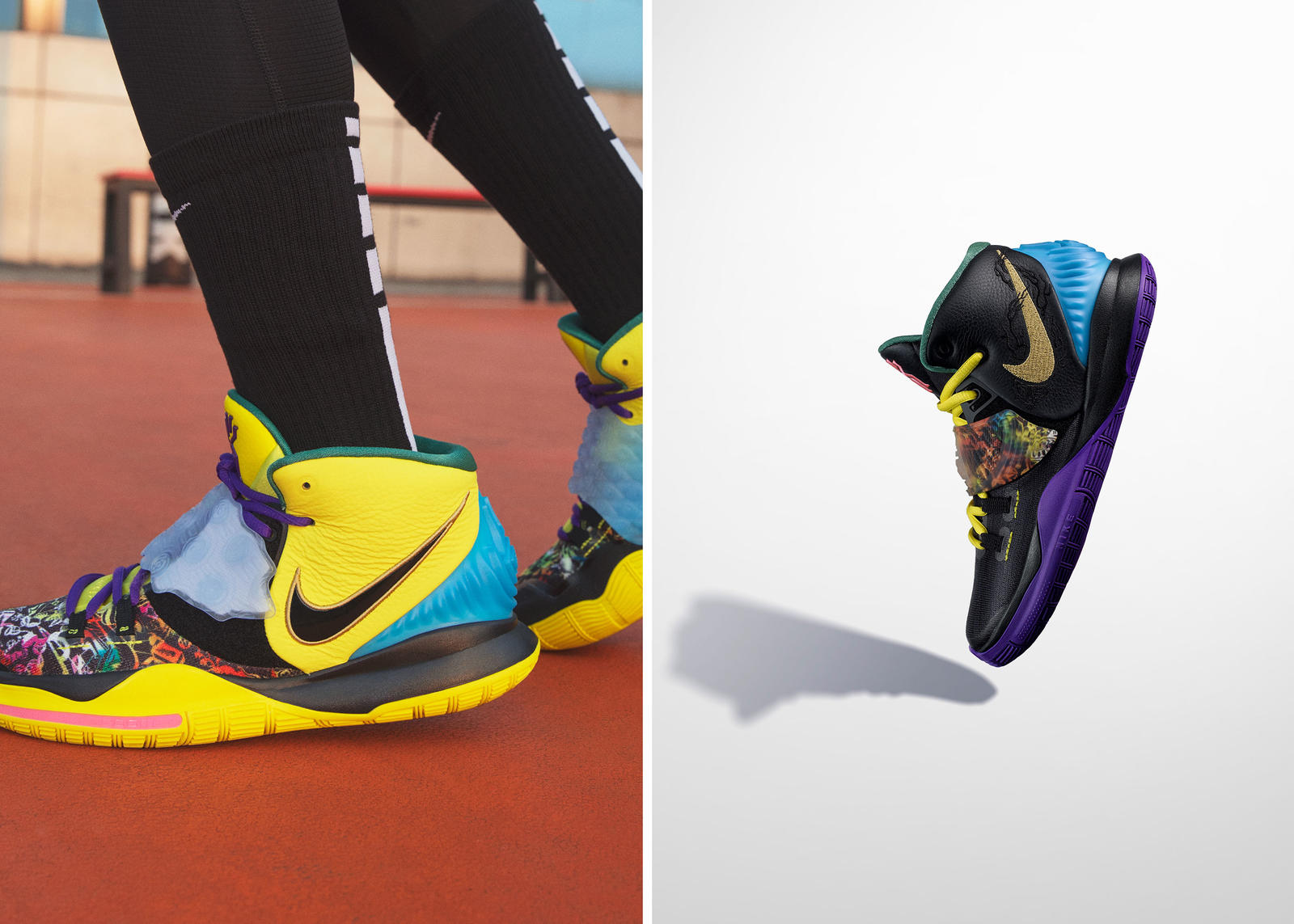 The KYRIE 6 arrives in two colorways: one with a yellow upper and translucent forefoot strap, and the other in black with the pattern sublimated onto the strap. 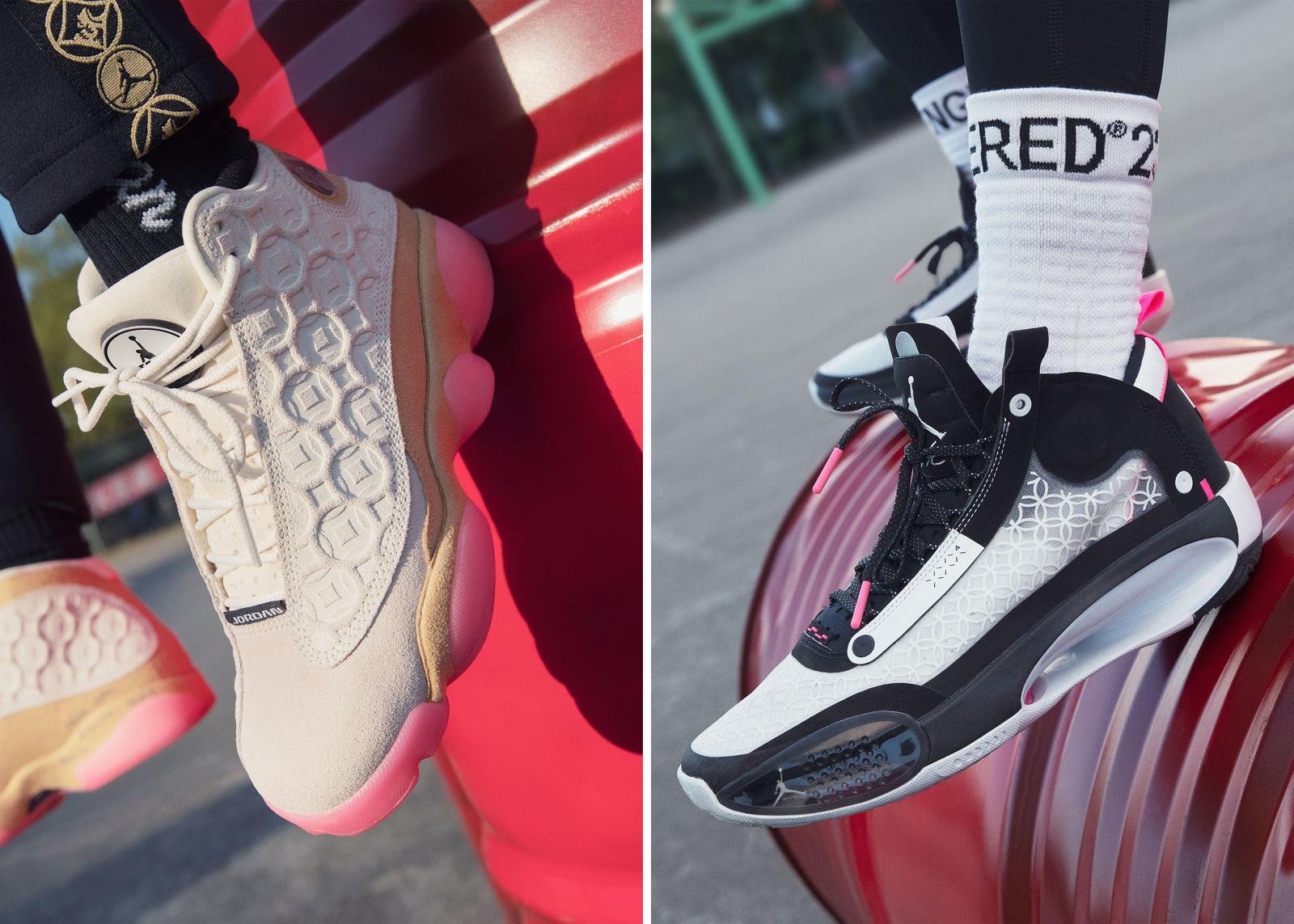 The Jordan Brand footwear features a Chinese coin-inspired graphic on the Air Jordan XIII and the Air Jordan XXXIV. The XXXIV includes a XDR outsole for durability on outdoor court surfaces. 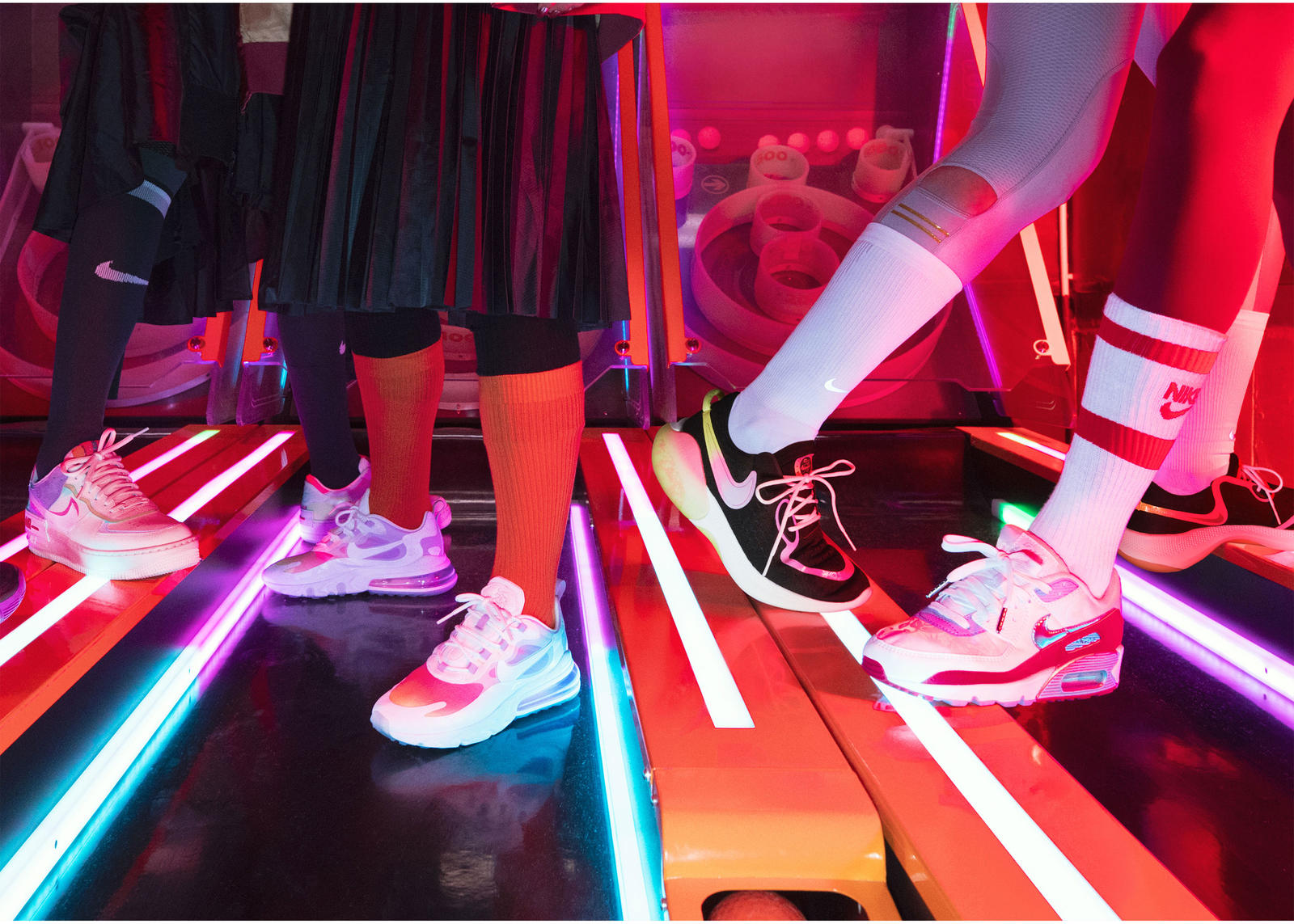 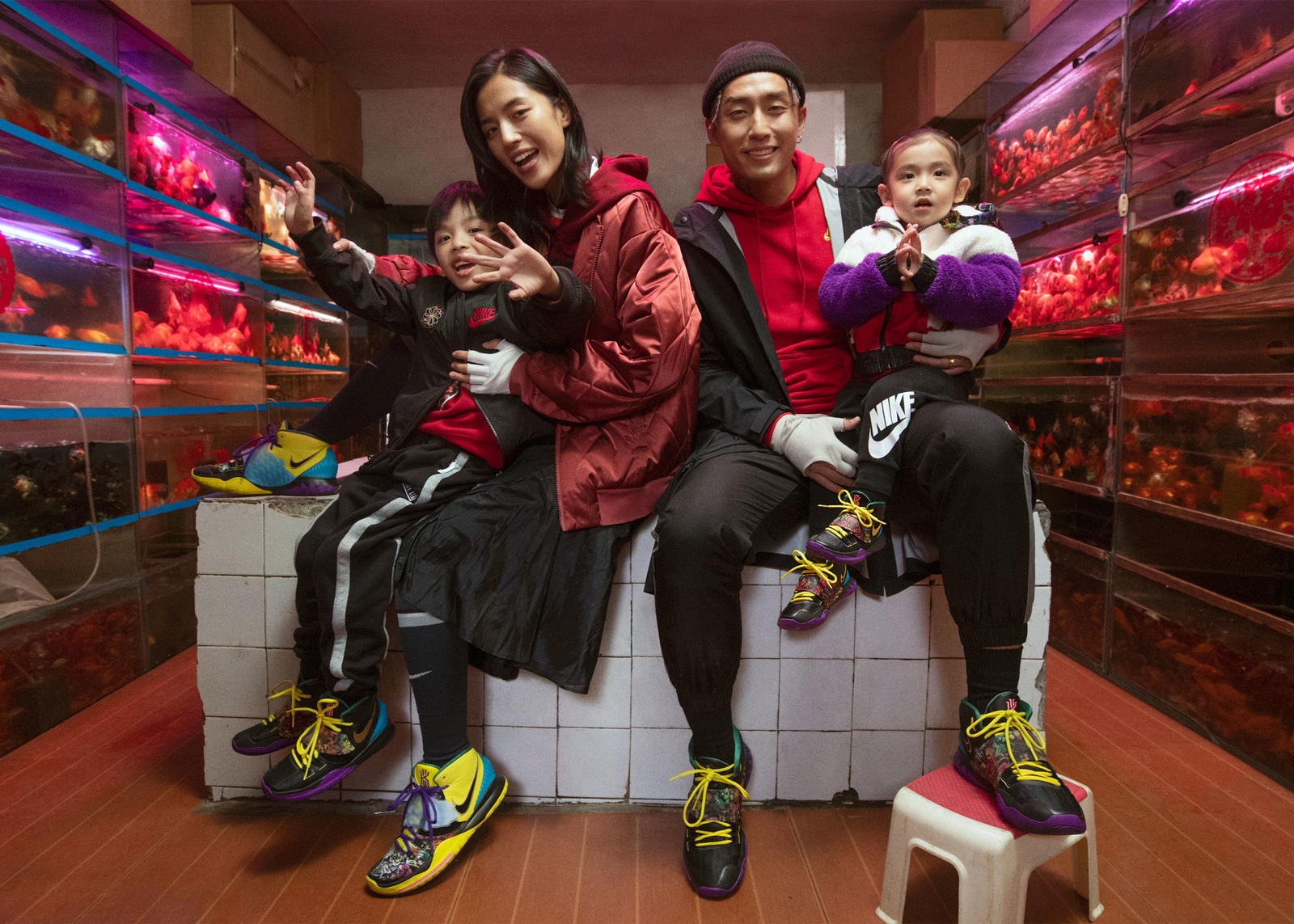 Family sizing is offered among some of collection's silhouettes, including the KYRIE 6 (shown here) Air Force 1 and Air Jordan XIII. 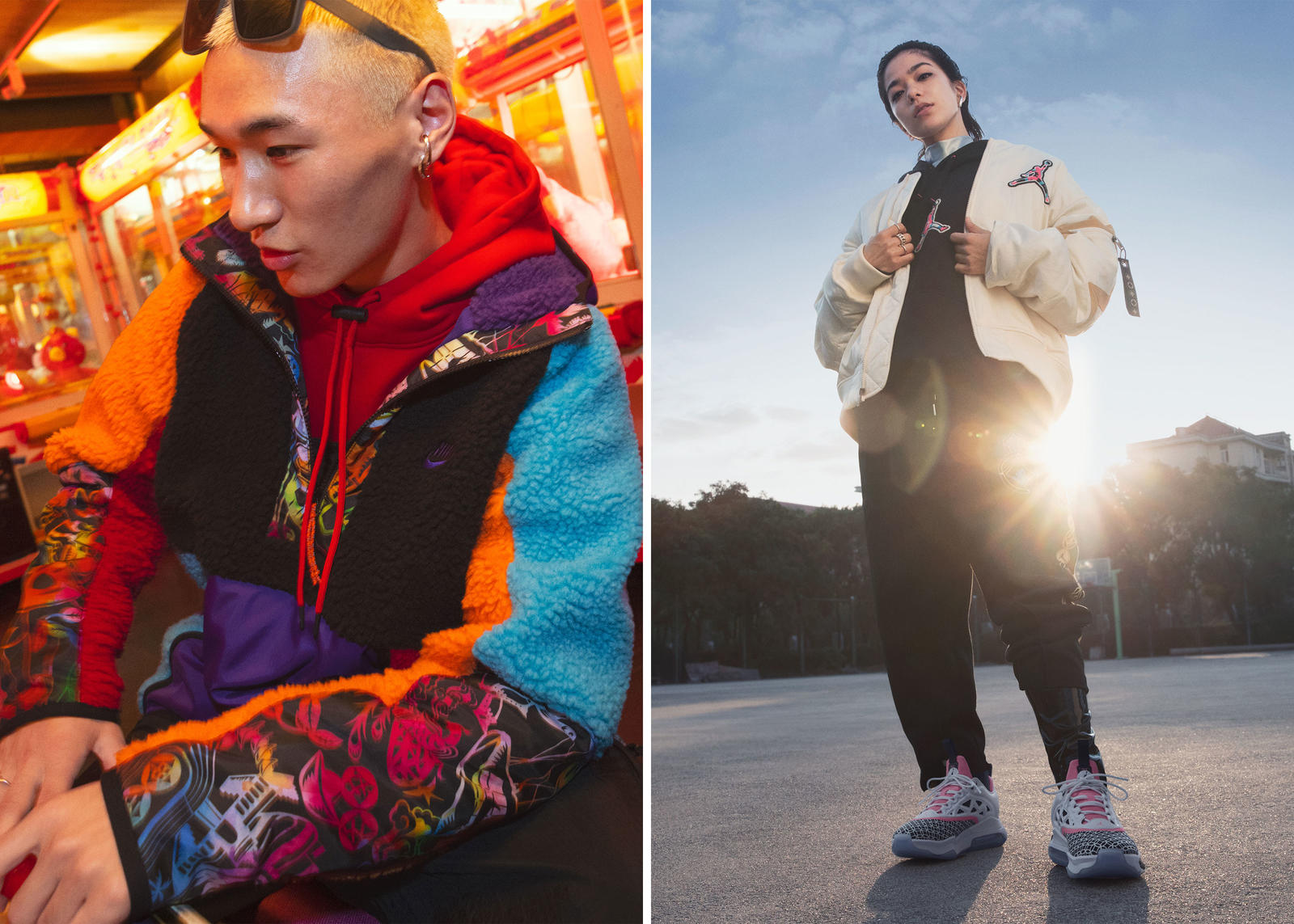 The collection’s apparel spans a range of tees, hoodies, jackets and more across Nike and Jordan Brand.