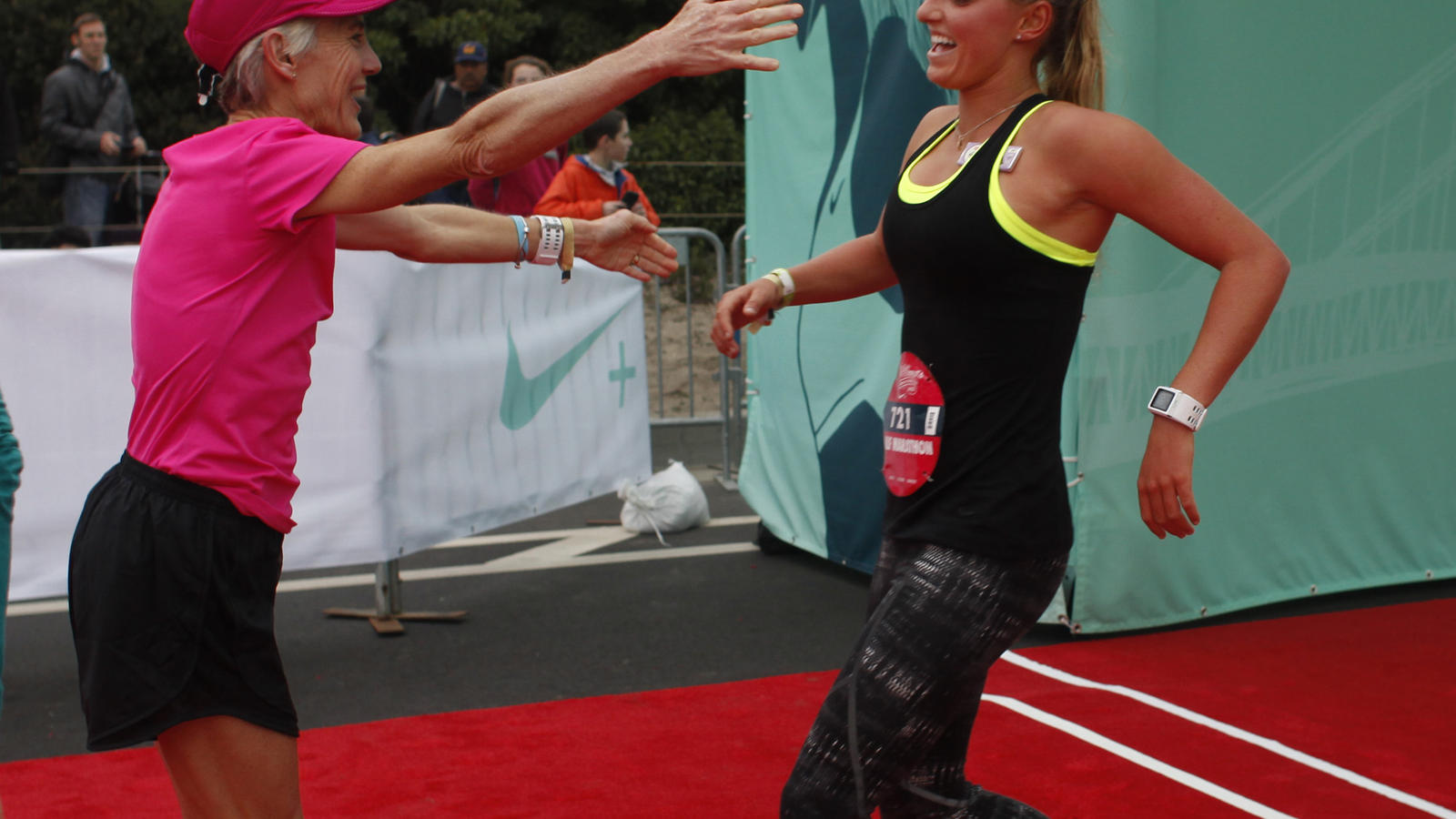 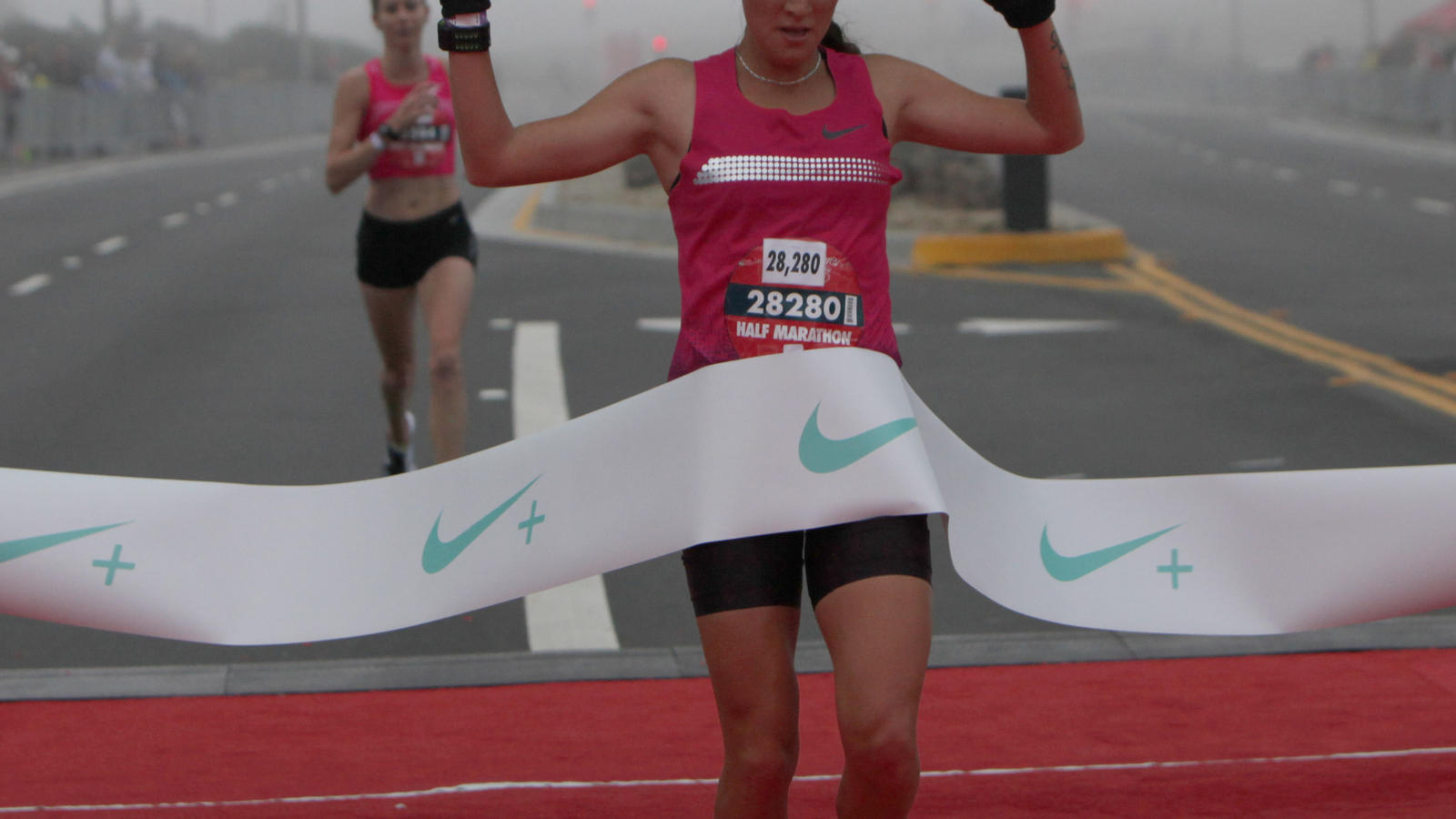 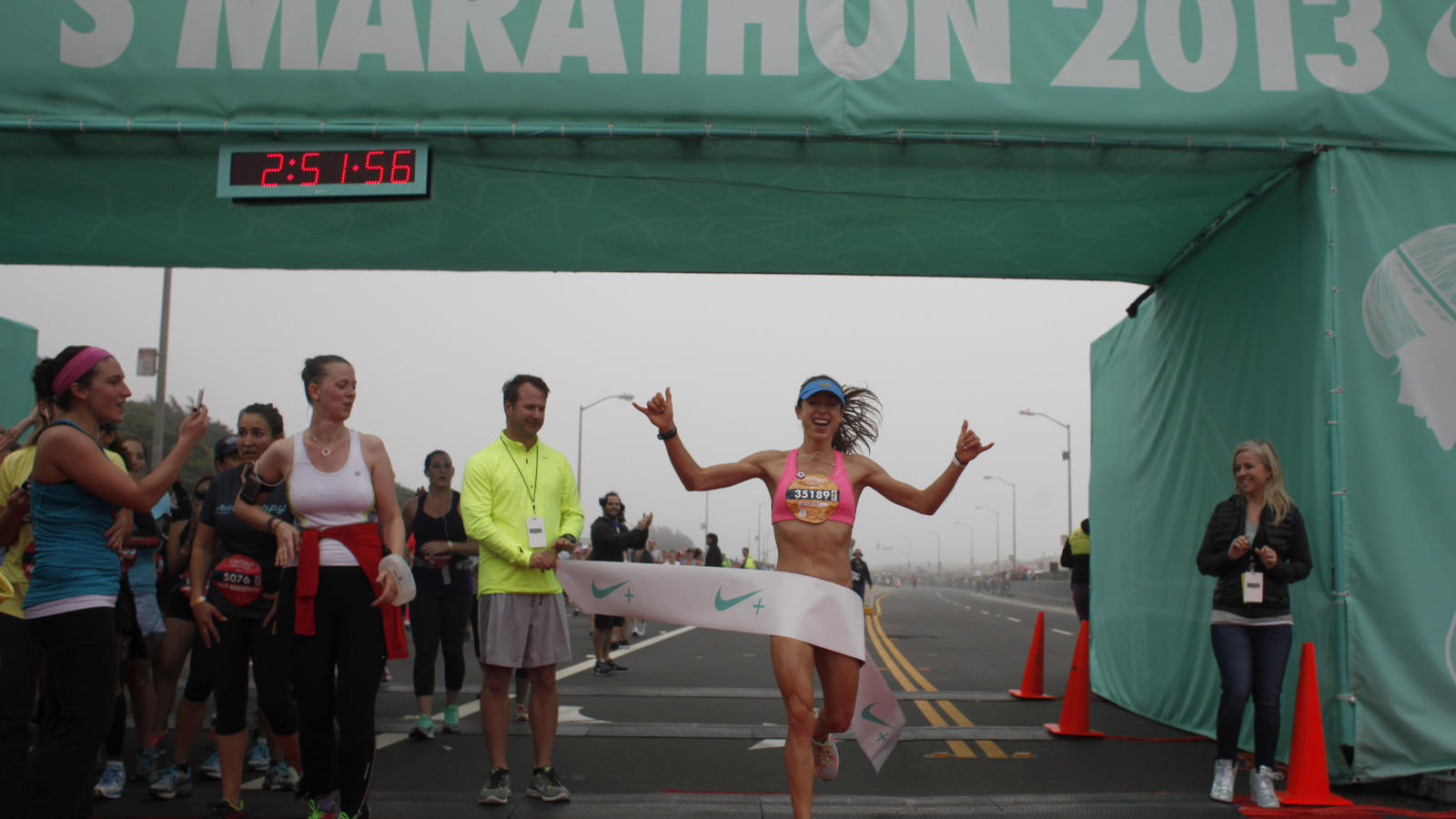 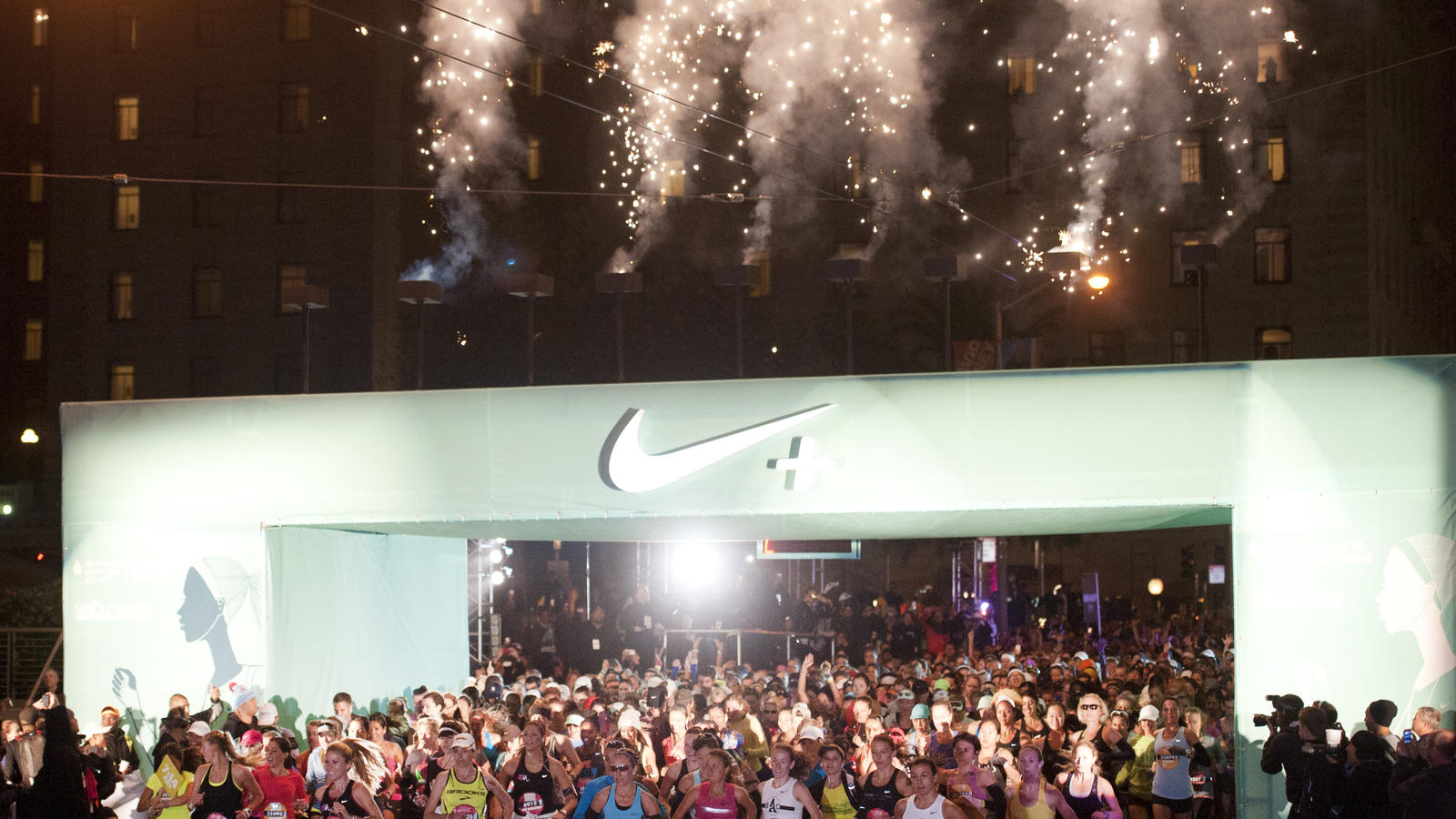 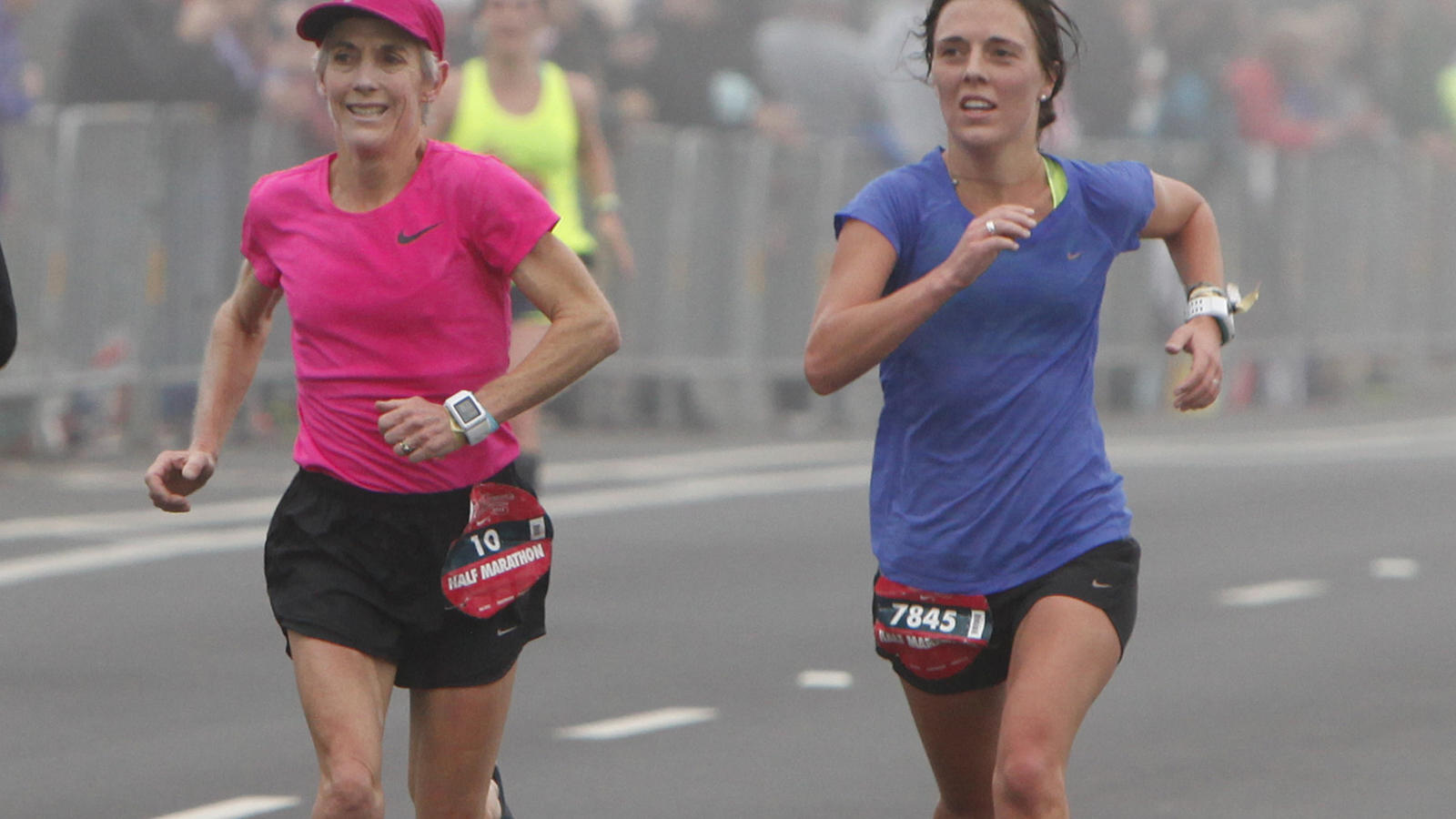 Today 30,000 women continued the legacy of the Nike Women’s Marathon in San Francisco, running the 10th-anniversary full- and half-marathon race. Florencia Borelli of Olivos, Argentina was the first to finish the half-marathon in 1:18:22. Emily Gordon of Los Angeles, California was the first marathoner to cross the finish line with a time of 2:51:44.

The Nike Women’s Marathon is the largest women’s race in the world, with more than a quarter of a million women who have registered to run in the last 10 years. The Nike Women’s Marathon benefits the Leukemia & Lymphoma Society (LLS), the world’s largest voluntary health organization dedicated to finding cures for blood cancers. With more than $143 million raised for LLS, the NWM is the largest, single fundraising platform for TNS/LLS.

The Nike Women’s Marathon began in 2004 to celebrate the 20th anniversary of legendary distance runner Joan Benoit Samuelson’s groundbreaking gold medal in the first women’s Olympic marathon at the 1984 Games in Los Angeles. A rebel of her day, Benoit Samuelson has let her passion for running expand the boundaries of what was possible for women in sport, and has been a driving force for women in running for four decades.

“Nike has created an inspirational and innovative race experience for women who are driven to play by their own rules and push the boundaries—both in sport and life,” said Benoit Samuelson, who has attended the Nike Women’s Marathon and run the half marathon every year. “Since its inception, this marathon has attracted women from around the world, of all fitness levels and ages, who are running for many reasons. Whether they run to raise money and awareness for the Leukemia & Lymphoma Society or to simply reach the finish line for the first time, these women represent a global community that encourages all female athletes to train harder, run farther and reach their goals and dreams.”

“For ten years the Nike Women's Marathon has offered women the opportunity to pursue their dreams through sport and benefit an important cause,” said Whitney Chapman, Nike VP/GM of Women’s in North America. “It’s our pinnacle women’s running experience, reflecting our commitment to champion the female athlete and provide her with the motivation and innovation to train for, run and celebrate her race.”

The Nike Women’s Marathon in San Francisco is the brand’s most seamless integration of digital with race experience to-date. The web-based We Run SF Training App available to runners once they registered connects to Facebook and allowed them to share their training miles and NTC app minutes with a customized training program that brings together the Nike+ Running, Nike Training Club and Nike+ Fuelband apps into one experience. The app also provided race day information and Share My Run capabilities to set personal messages that were sent to their friends as they reached certain points on the course. The app also gave women the ability to share their final race results and celebration photo. Fans and supporters could also watch runners via a live “Track My Run” course map feed at http://gonike.me/sf13trackmyrun.

The race begins in Union Square and runs along the San Francisco Bay with scenic views of Alcatraz and the Golden Gate Bridge, ushering runners down the Great Highway as they cross the finish line.

Nike also created the Nike X Collection in celebration of the 10th anniversary, combining iconic women’s training, running and sportswear silhouettes. To present the collection, Nike partnered with Kate McCollough to collaboratively design a custom, one-of-a-kind X Collection showcase trunk. In the X Collection trunk, training and running essentials are transformed into a collection of desirable objects that every woman will covet.

The Nike Women’s Marathon also offers a variety of activities throughout the weekend celebrating the female athlete, including the Nike Expotique (“Expo” + “Boutique”) with athlete appearances and a range of female runners’ services, as well as displays featuring innovative Nike products for her and Nike+ services.