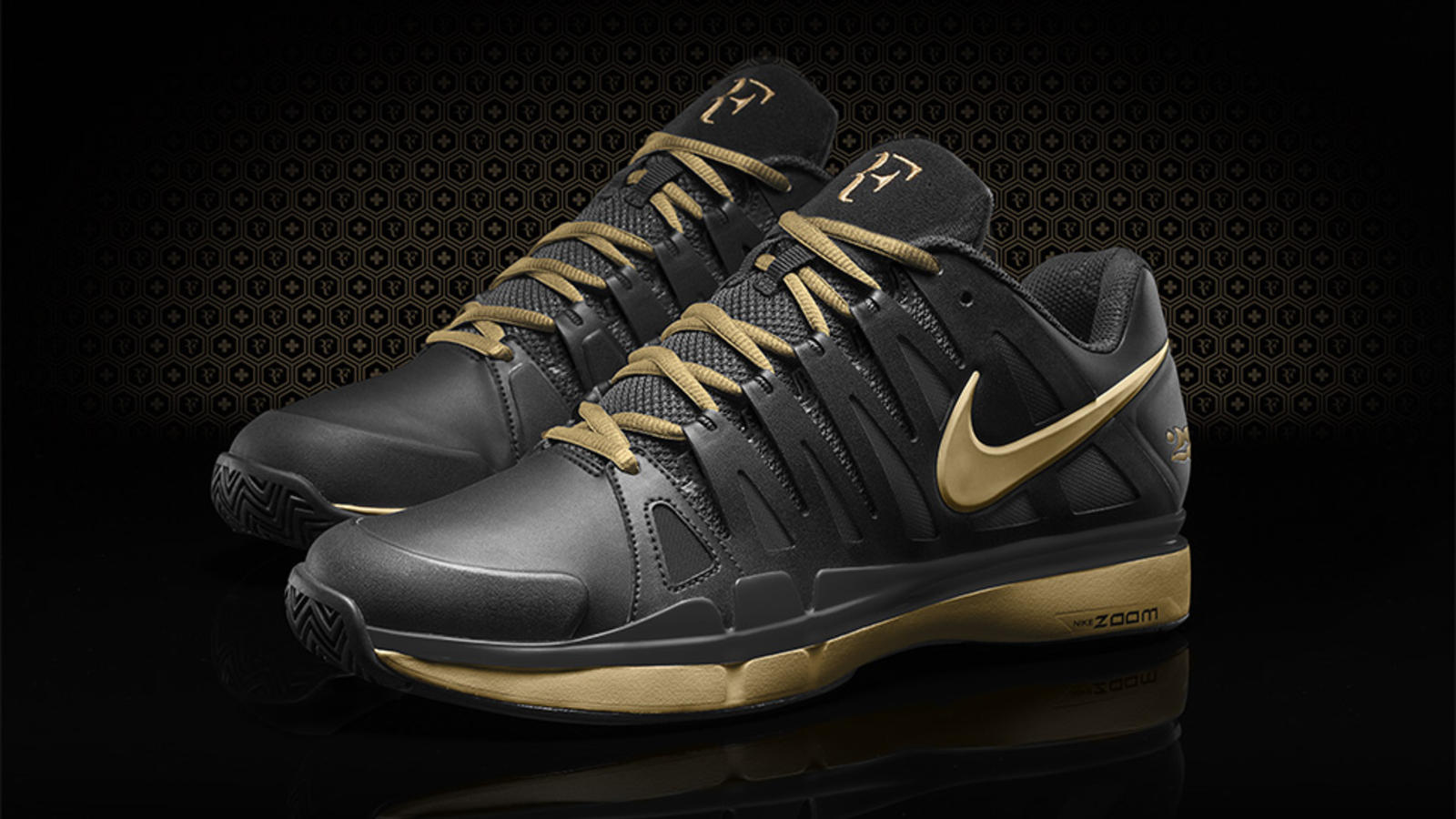 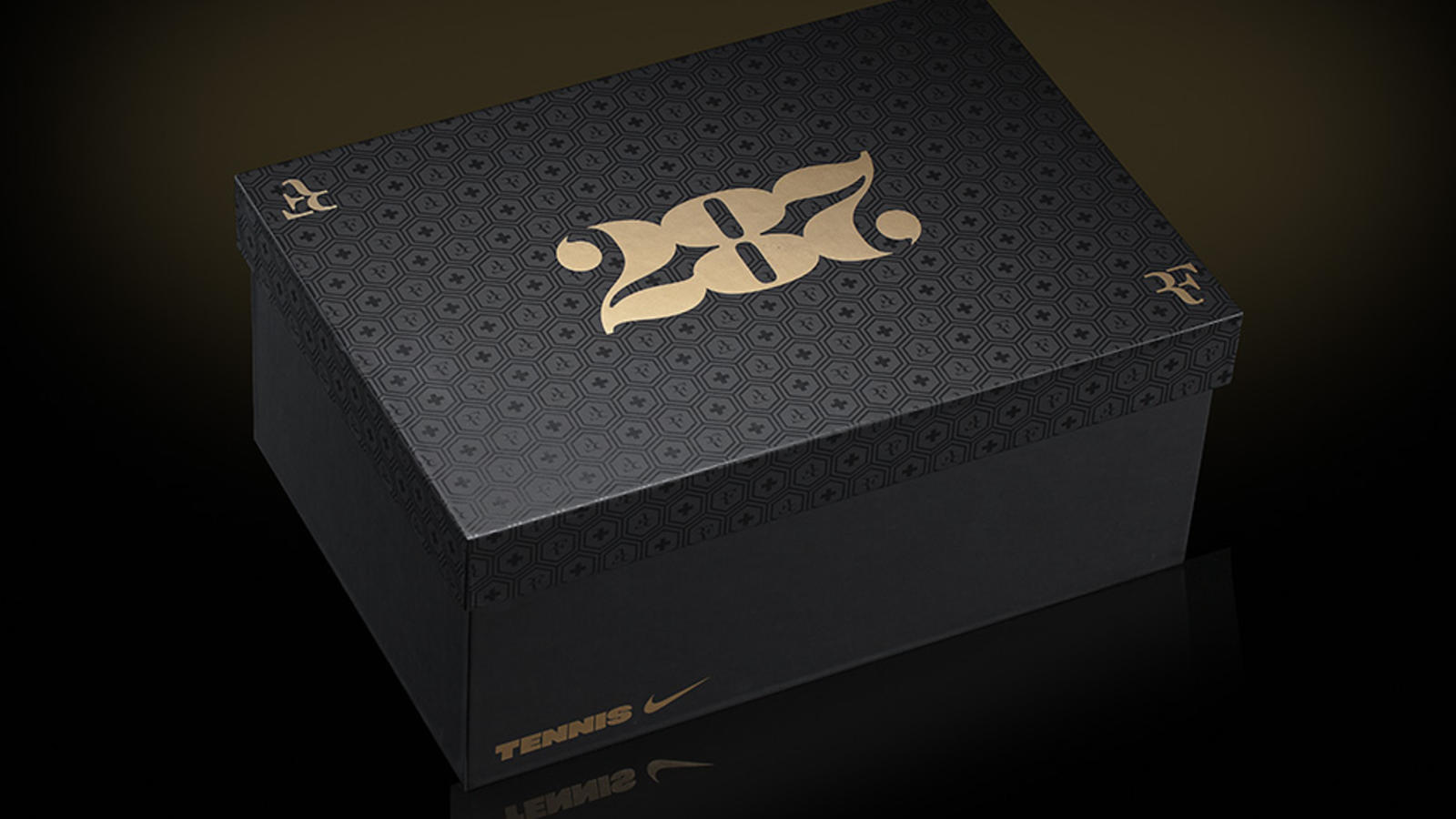 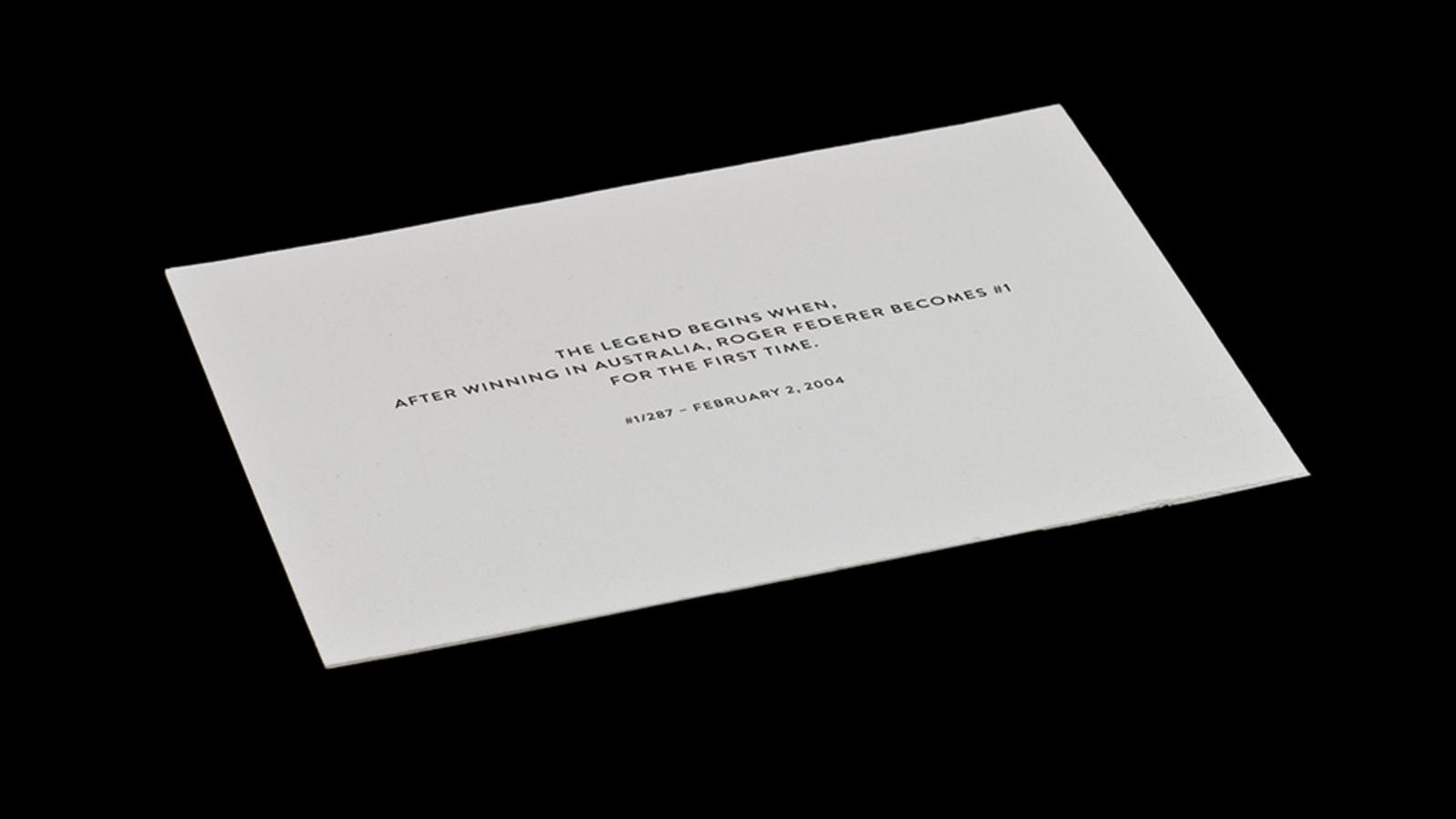 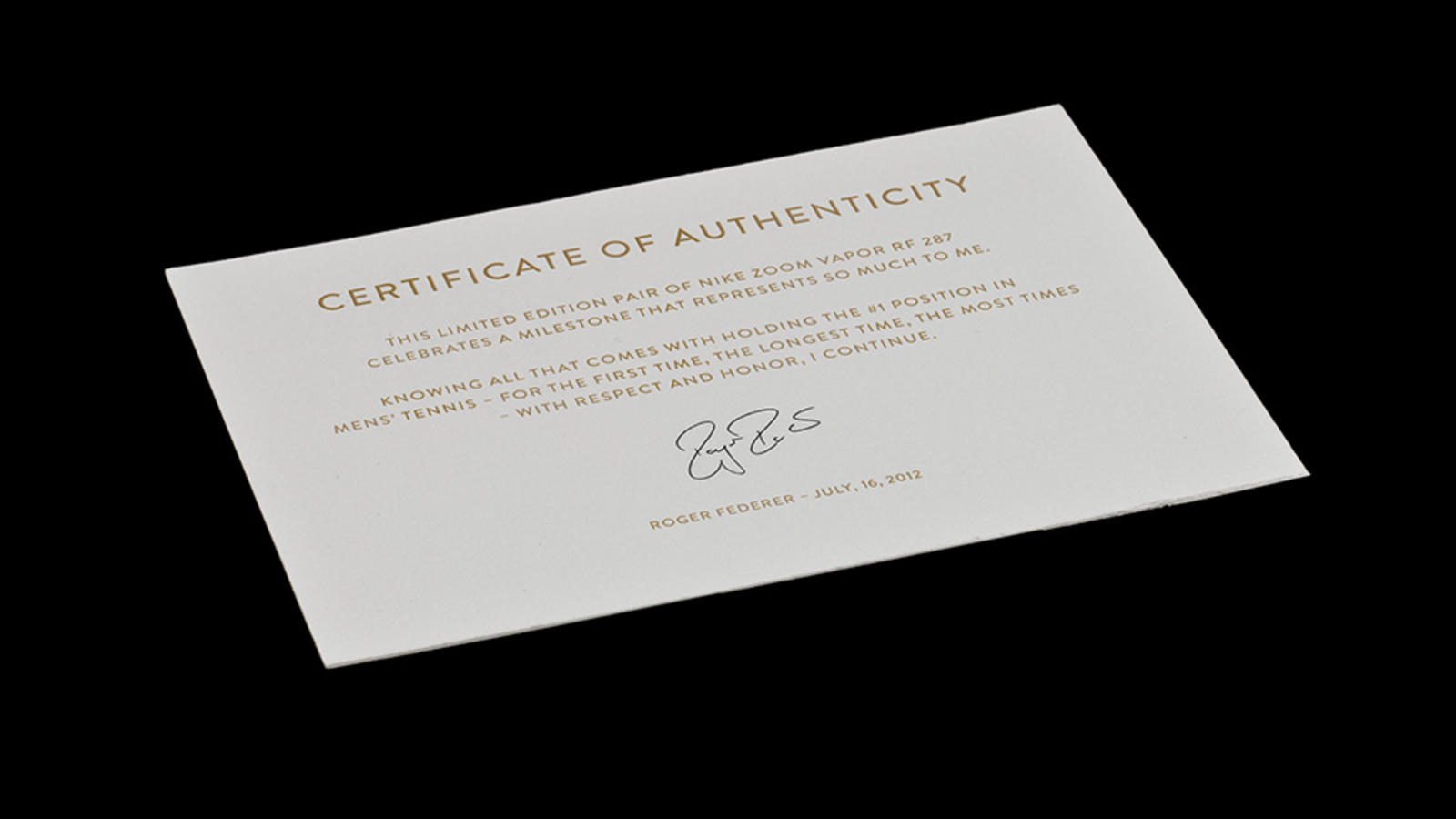 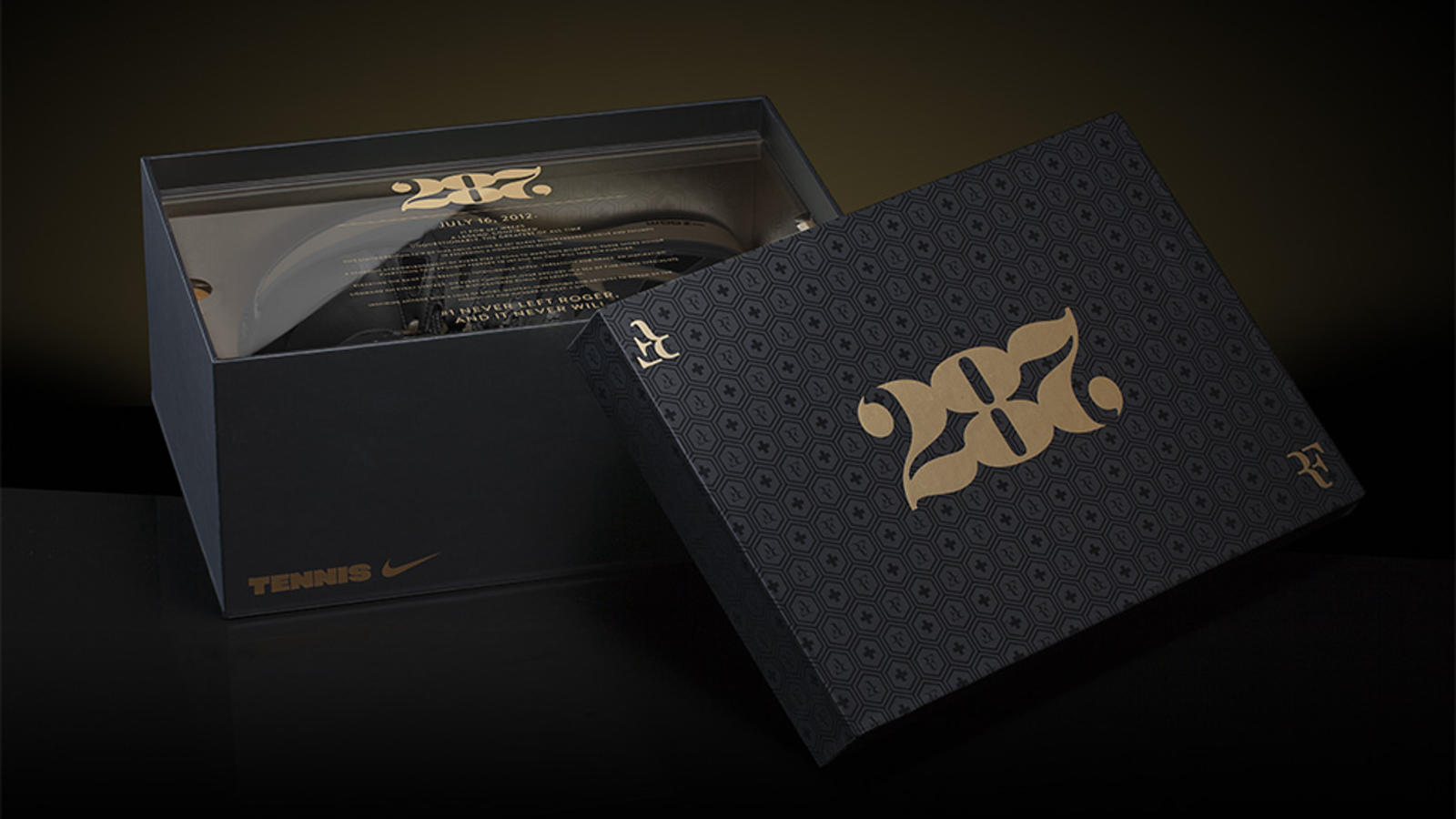 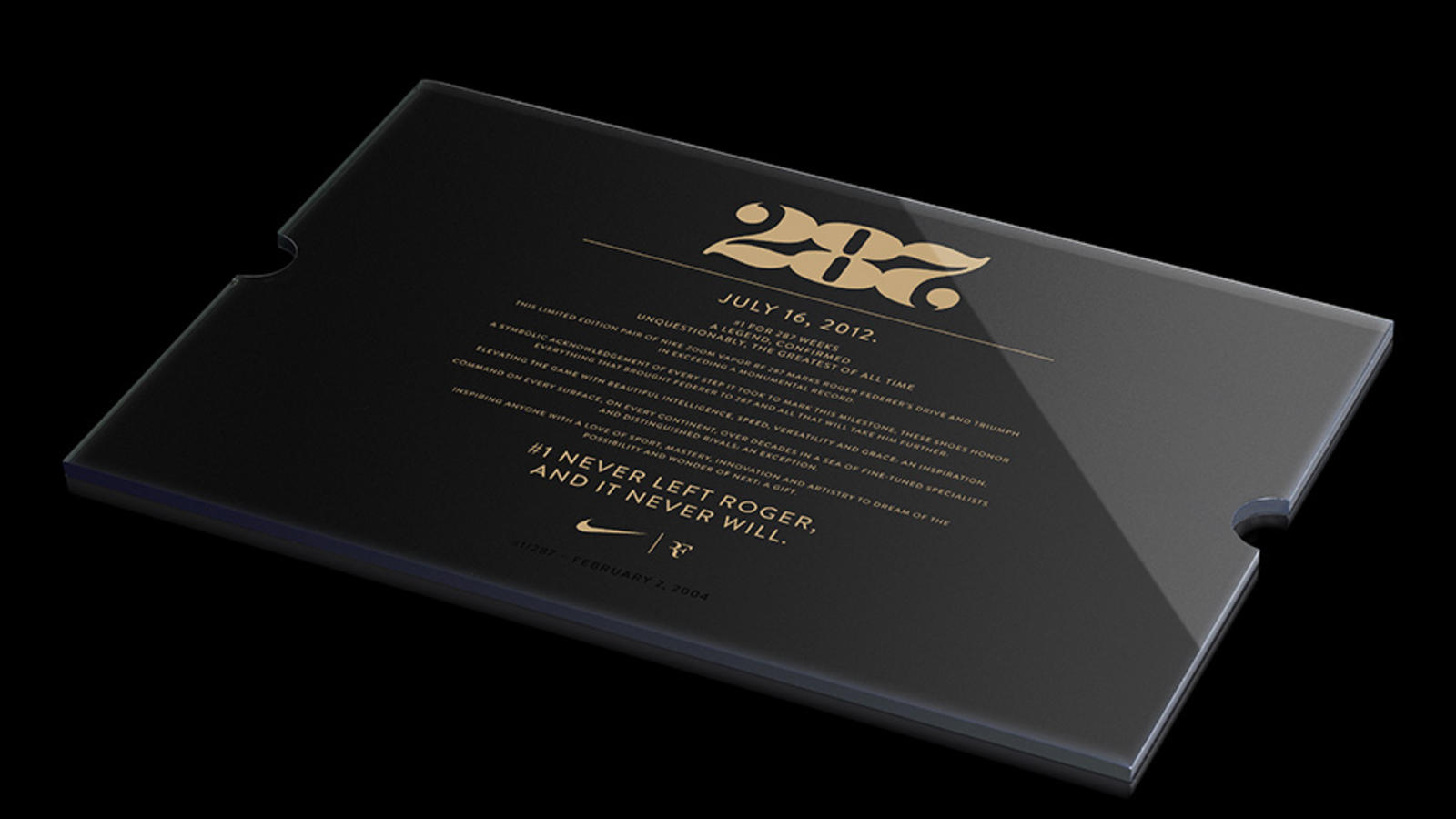 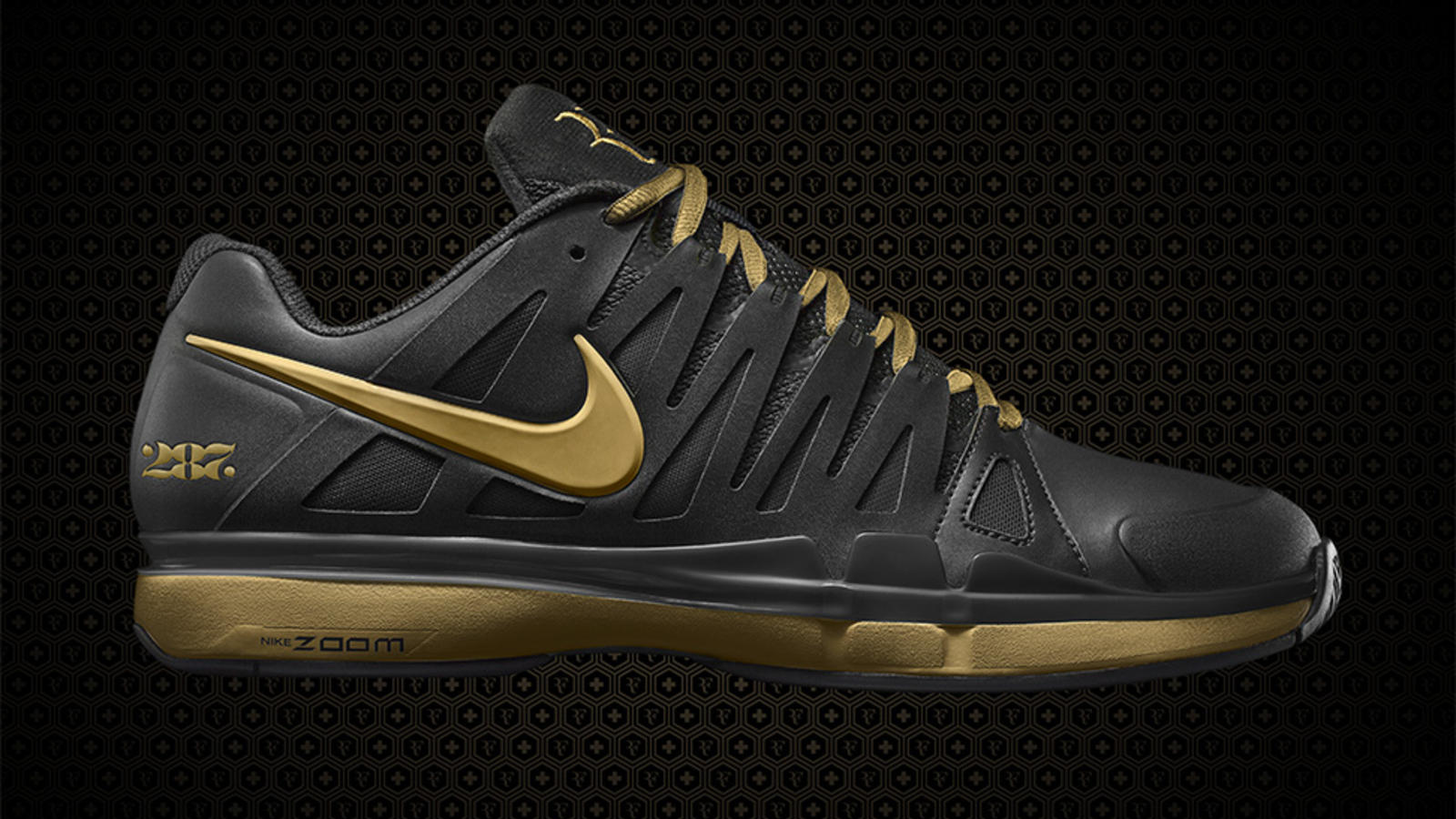 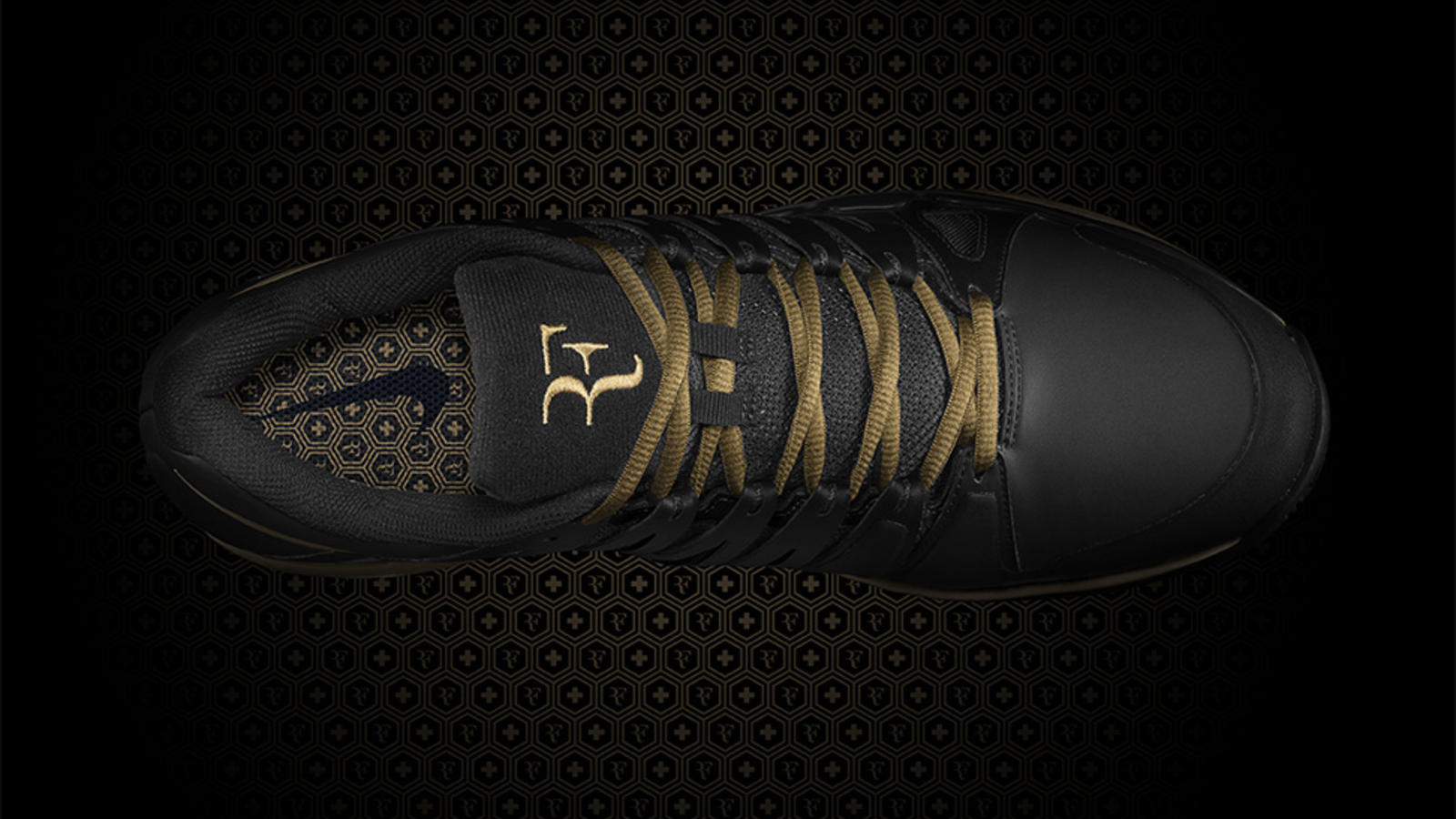 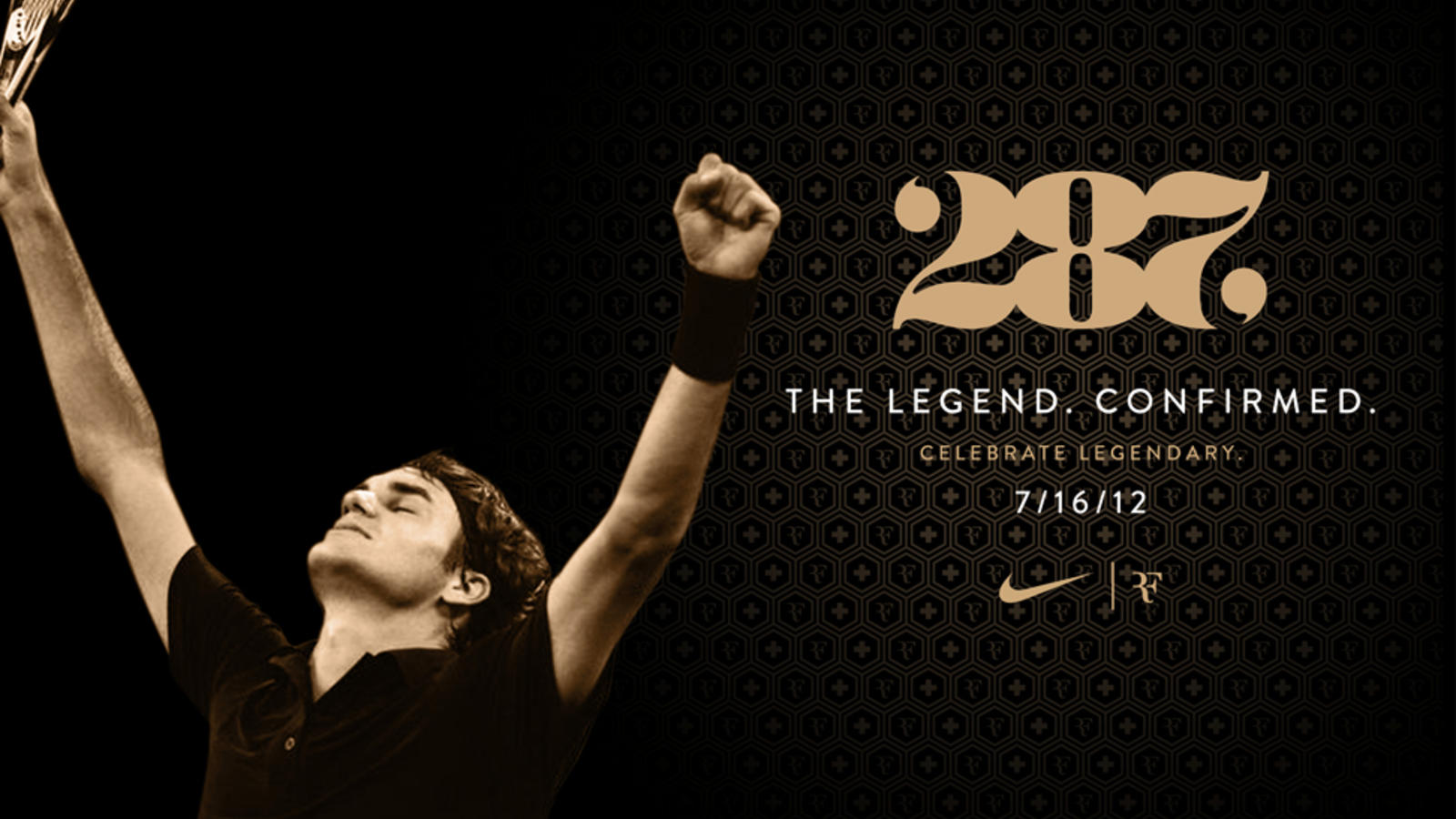 287 weeks is the equivalent of 2009 days which breaks down in hours to 48,000. In minutes we're talking over 2,800,000 minutes. Which ever way you break it down to spend that much time as the best tennis player in the world is extraordinary.

To celebrate Roger's achievement Nike Tennis has created a special version of Roger's Zoom Vapor 9 Tour that will be available from www.nikestore.com from Monday July 16th, the same day Roger breaks the record.

This premium version of the Zoom Vapor 9 Tour shoe comes in Black / Metallic Gold and features Roger's logo on the tongue and '287' on the back heel. Each box will come with a signed letter of authenticy from Roger himself. The box will be adorned with a number outlining each of Roger's weeks as World Number One and a short note that references what he achieved during that week at the top.

A note from Roger Federer that lives inside the box reads:

This limited edition pair of Nike Zoom Vapor RF287 celebrates a milestone that represents so much to me for a multitude of reasons.

Knowing all that comes with holding the #1 position in Men’s Tennis - for the first time, the longest time, the most times - with respect and honor, I continue.