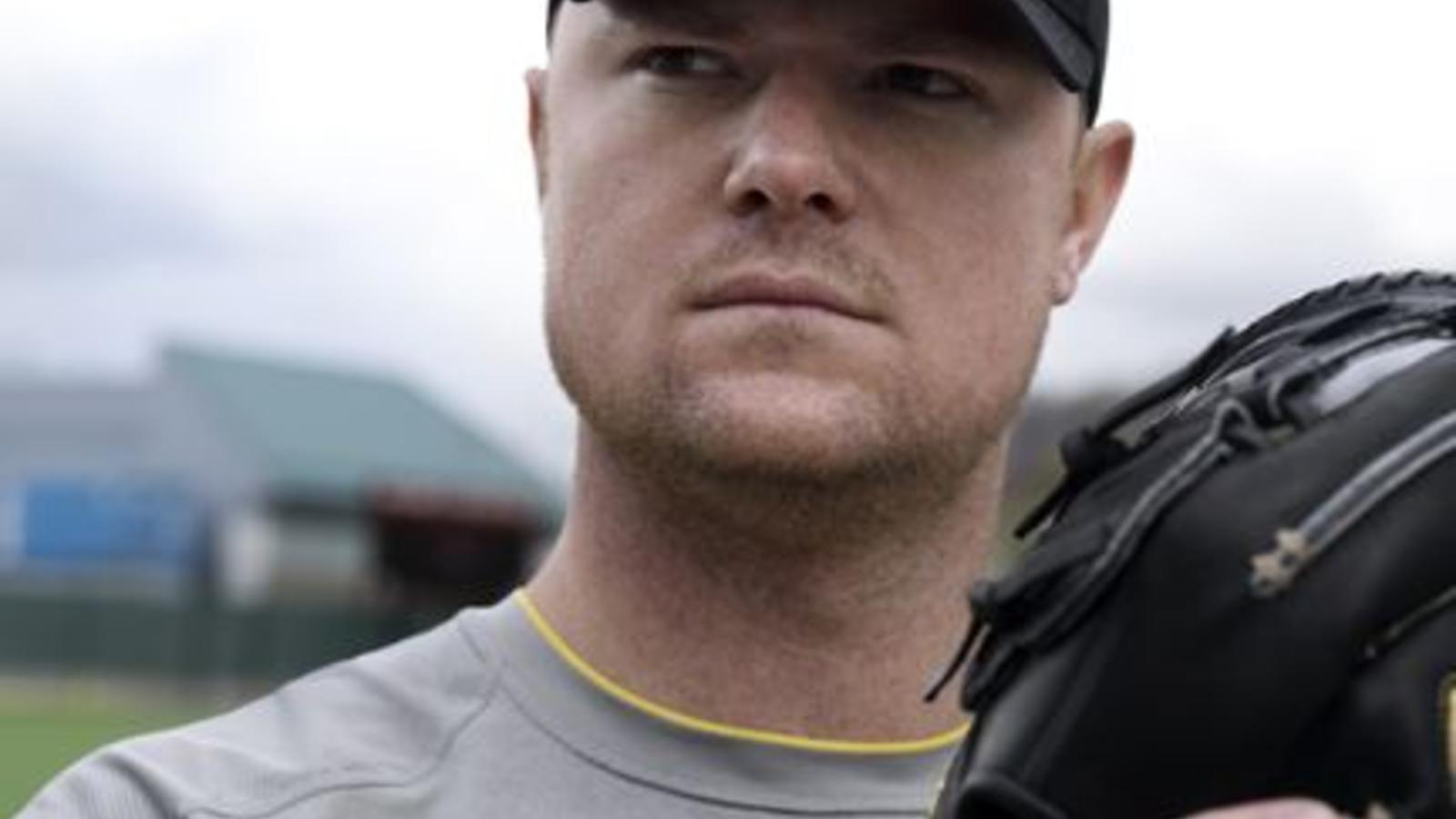 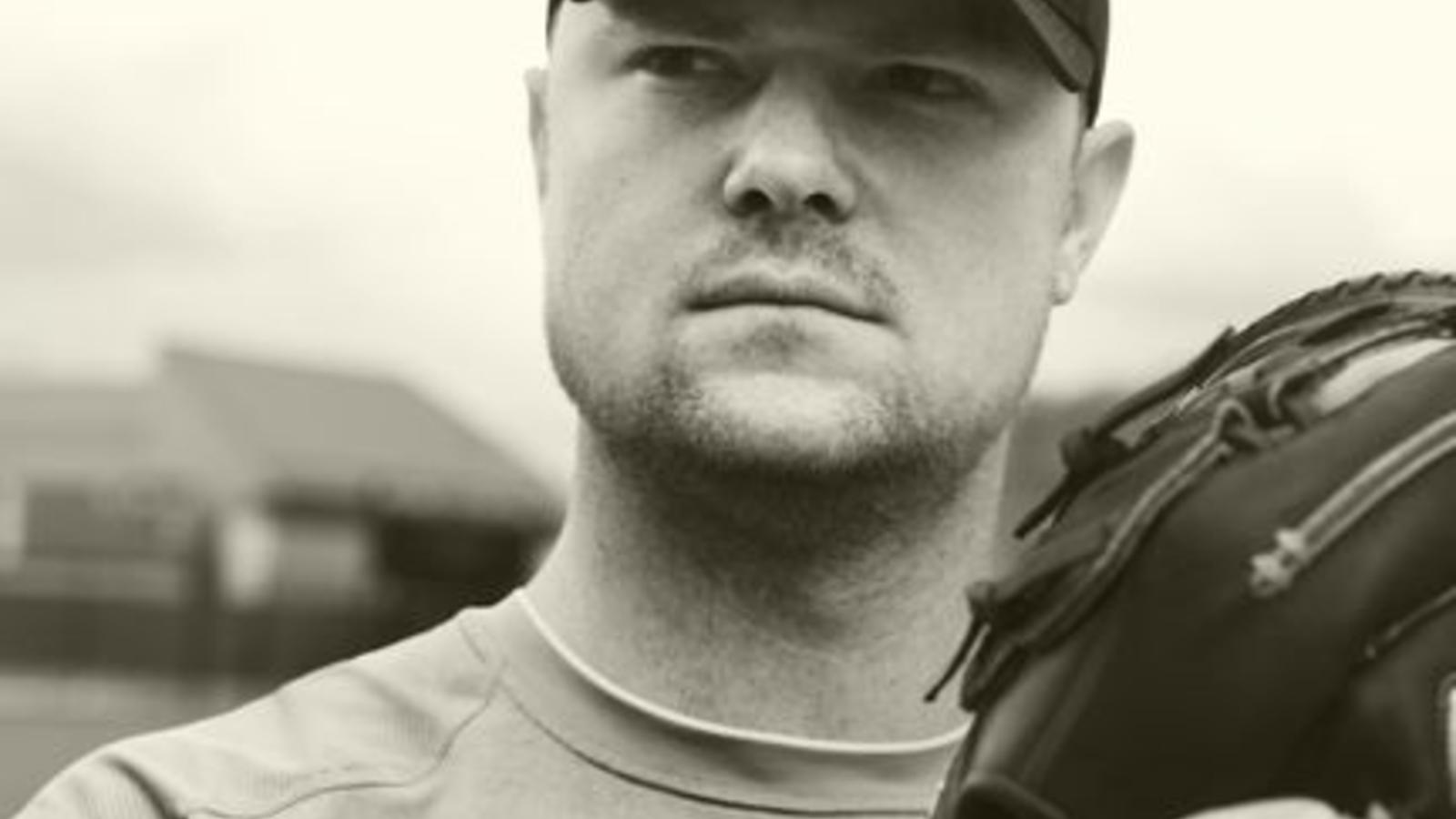 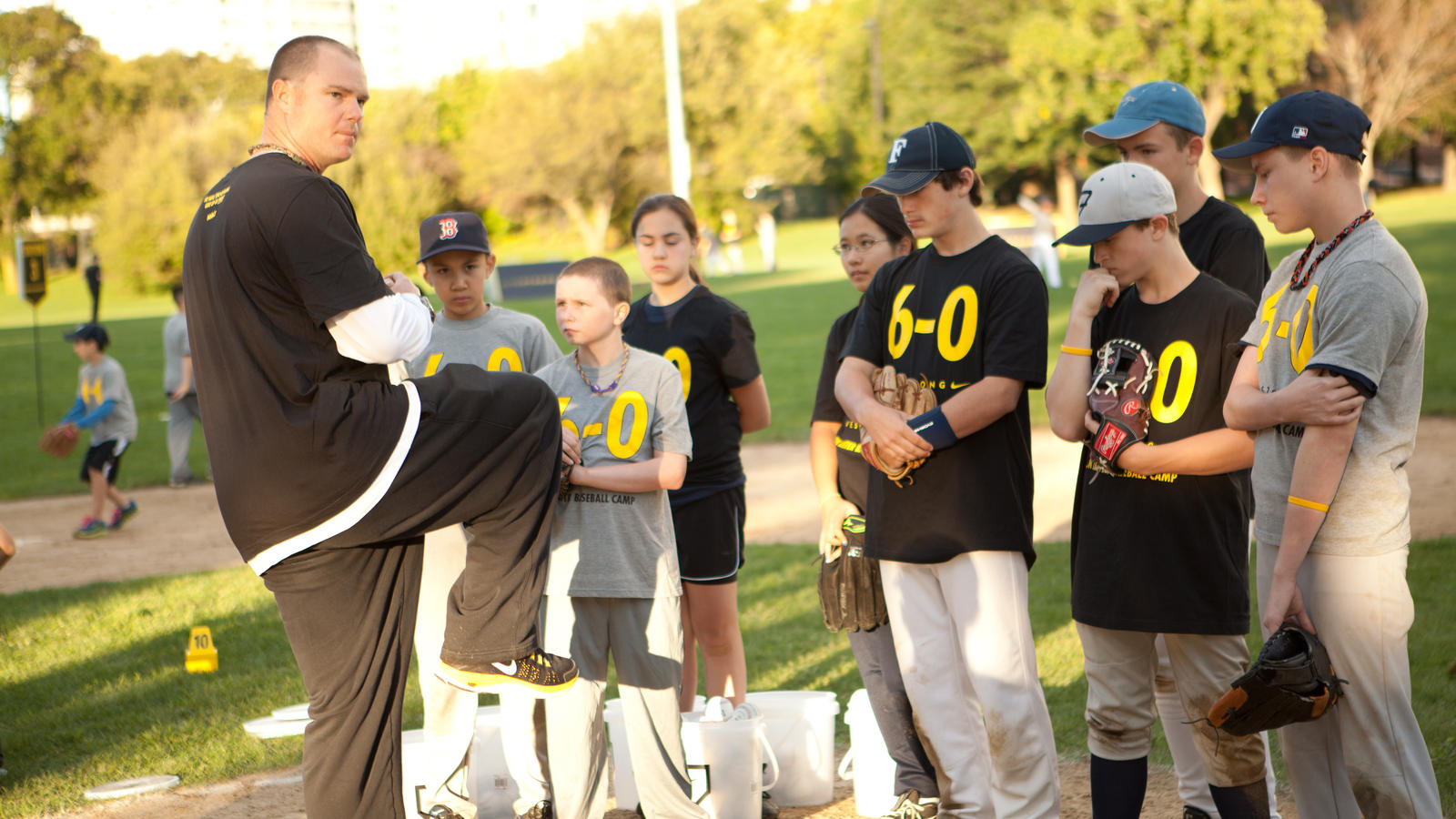 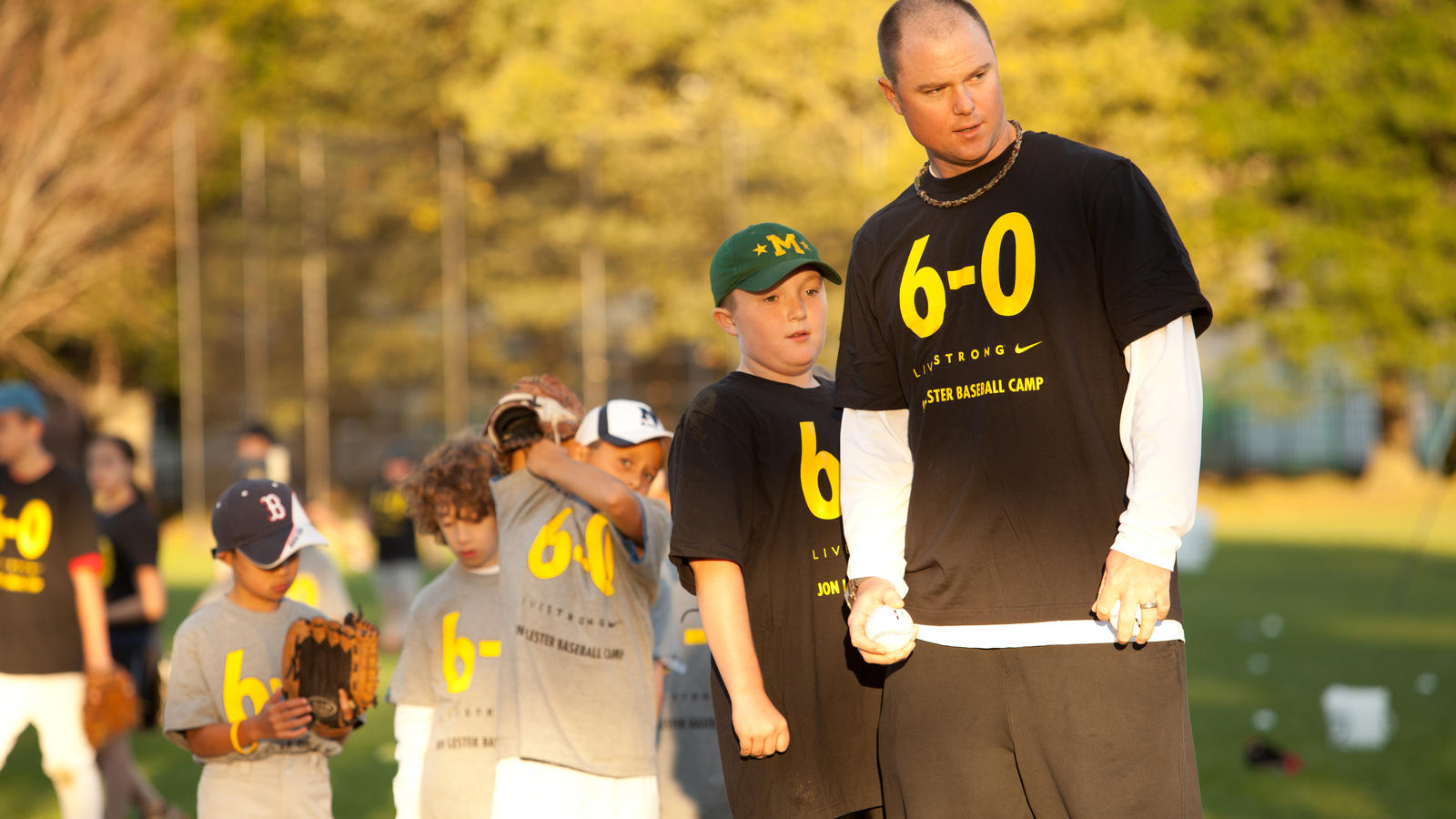 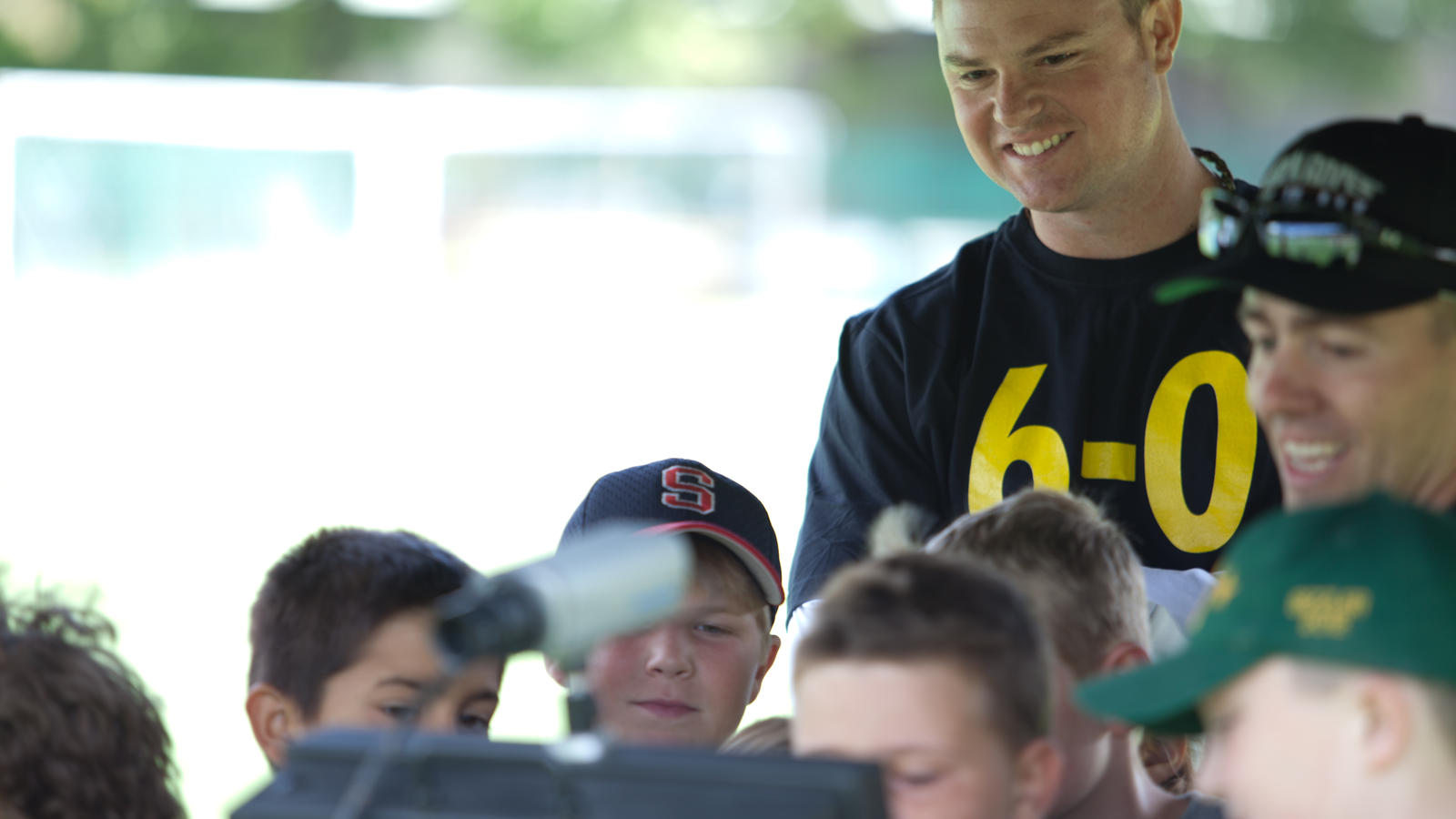 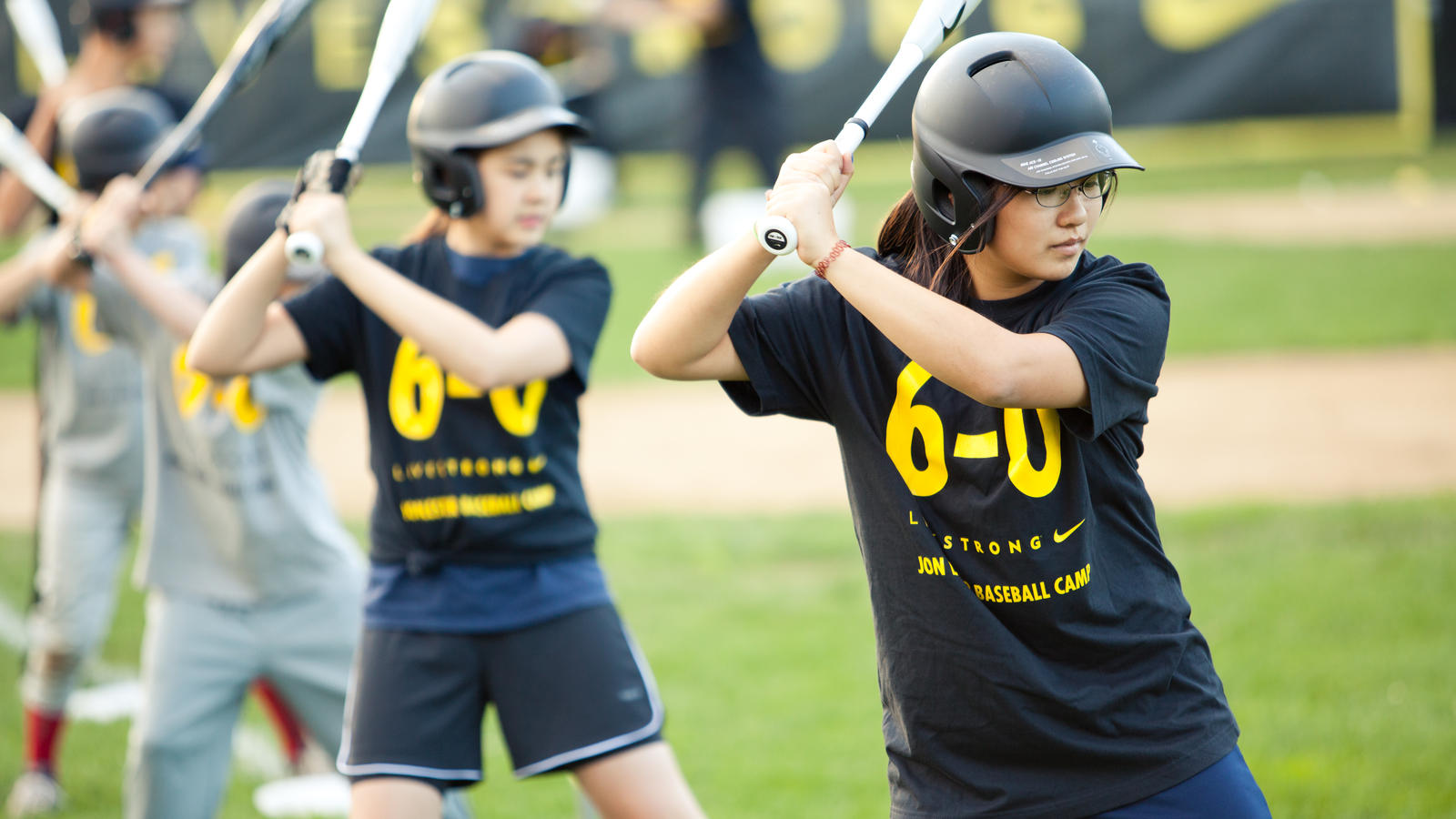 6-0 is an inspiring record. Even more so when it comes to cancer.

To mark the milestone of his sixth year as a cancer survivor, pro pitcher Jon Lester of the Boston Red Sox and Nike are celebrating his success and aiming to inspire others in the Boston area.

Jon was diagnosed with Anaplastic Large Cell Lymphoma, a form of blood cancer, during his rookie season in September of 2006. After immediately beginning treatment he was pronounced cancer free a few months later. While he continues to excel back on the mound, he's also committed to making the time to fight against cancer.

On September 10, he shared his personal story and insights as a cancer survivor with more than 50 young athletes from the Boston area whose lives have also been impacted by the disease. The effort is part of his first annual LIVESTRONG baseball camp for kids ages 10-14 who love the game and also directly benefit from NVRQT (Never Quit), the foundation Jon started to help strike out cancer for kids by raising funds for pediatric cancer research. Nike is also celebrating Jon's 6-0 record at NikeTown Boston, featuring imagery of him with the message: Nike Team LIVESTRONG supports the Lance Armstrong Foundation's goals of making cancer a global priority, reducing the stigma of the disease, and making access to care a reality for all survivors. While one in three people will be diagnosed, any one of us can join the fight. "Wearing yellow for me is about raising awareness, and hope, for the millions of people whose lives have been touched by cancer and who are committed to staying strong in the fight against it," Jon Lester said. "Through Nike Team LIVESTRONG and my foundation, NVRQT, I'm proud to help support and inspire others who are also committed to the fight -- in particular, the next generation." Jon has been a part of Nike Team LIVESTRONG since 2009. Nike Team LIVESTRONG is a group of world-class athletes who have directly or indirectly been affected by the disease, and who have joined with Lance Armstrong to bring hope, courage and inspiration to the 28 million cancer survivors worldwide. Jon and others in Nike Team LIVESTRONG are committed to finding opportunities to raise awareness for LIVESTRONG throughout their competition seasons, by wearing yellow at key sport moments and through their encouragement of others to join the movement.

Nike’s commitment to Lance Armstrong as an athlete and advocate began in 1996. Our partnership continues to grow as we work together to help expand his message of hope to LIVESTRONG supporters around the world with Nike’s LIVESTRONG collection of footwear, apparel and accessories. Rooted in performance and function, the collection has grown tremendously since the iconic yellow LIVESTRONG wristband debuted in 2004, with more than 84 million wristbands distributed to date and $100 million raised to support the Lance Armstrong Foundation. Nike’s LIVESTRONG collection is available at www.nikestore.com, and at select Nike Retail and retail partners around the world.