Since 1985, Coach Geno Auriemma has led the University of Connecticut’s women’s basketball program to unprecedented levels of success. On the occasion of his historic 900th win, Nike honors Auriemma’s contribution to the game of basketball with a “Geno Never Stops” T-shirt. 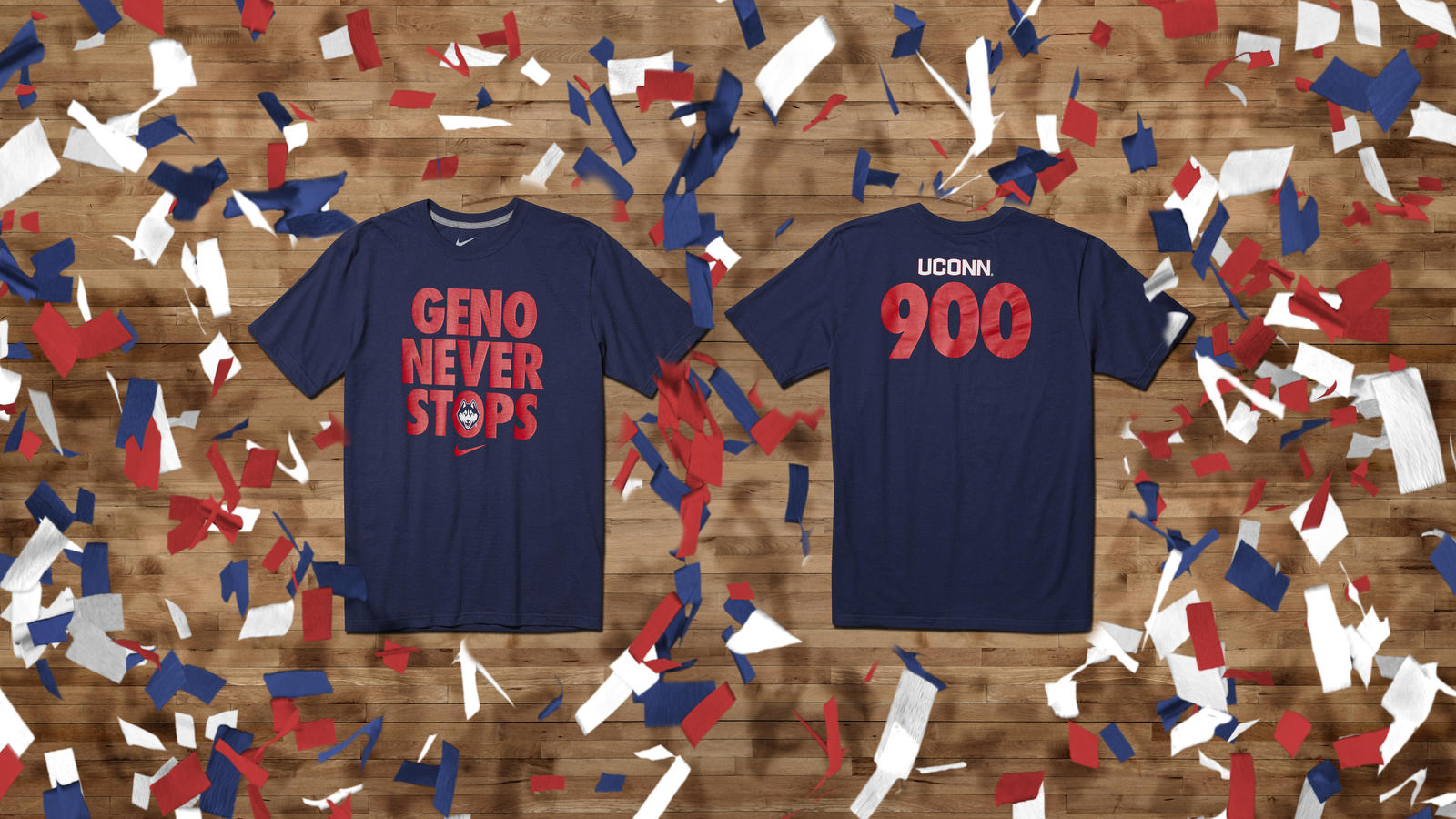 Coach Auriemma’s tenure at UConn includes 15 Final Four appearances, nine national championships and five undefeated campaigns. He’s the first coach in women’s basketball history to steer his team to five consecutive Final Fours on two occasions, including the current record-setting run of seven. The Huskies have posted 30 wins in 19 of the past 21 campaigns, and went unbeaten over an astounding 90-game stretch through the 2008-2010 seasons. 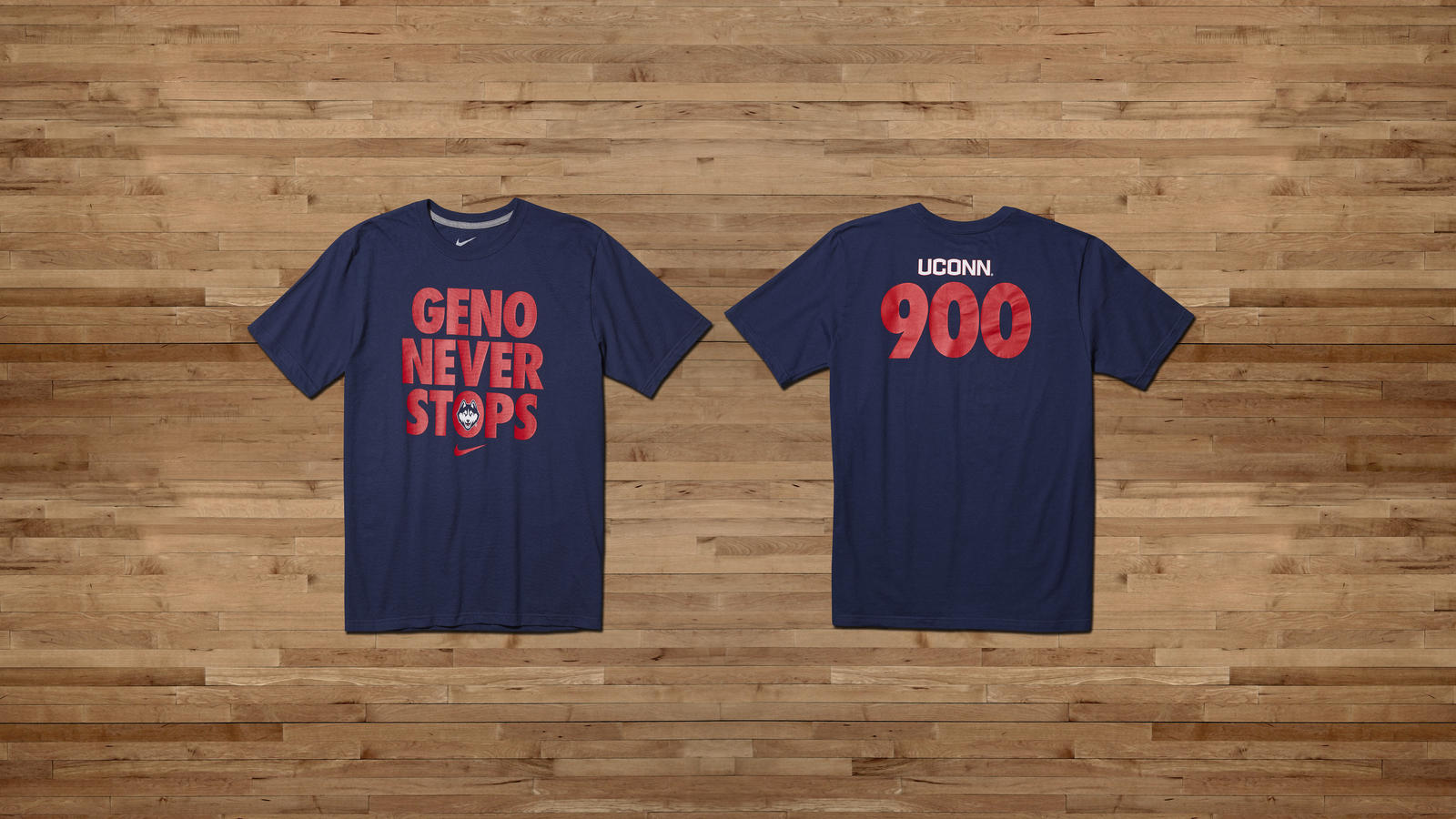 "Playing for Coach Auriemma was challenging and difficult but ultimately rewarding and one of the best experiences of my life. It helped shape me both on and off the court.” – Professional basketball player and gold medalist Sue Bird

Before Coach Auriemma’s arrival at Storrs, the UConn Huskies enjoyed only a single winning record. Under Auriemma’s stewardship, the Huskies have cemented a reputation as one of the most successful programs  — men’s or women’s — in college basketball history. Equally impressive, his teams boast a 100 percent graduation rate among four-year players. Many UConn players have gone on to enjoy professional careers in the United States and abroad, carrying with them lasting lessons from Coach Auriemma.

In addition to his accomplishments in college sports, Auriemma has also enjoyed success with USA Basketball. As head coach of the U.S. Women’s National Team, Auriemma won World Championships in 2010 and 2014 and claimed the 2012 Olympic gold medal. His commitment to the organization and its drive to elevate the game of basketball extends through the 2016 competition in Rio.

Nike honors Coach Auriemma’s outstanding contributions to the game with a limited-edition T-shirt that reads “Geno Never Stops” on the front and pays tribute to the UConn Huskies’ 900 wins on the back. Both colors of the T-shirt are availabe now at nike.com.