This BIKETOWN Wrap Salutes the Military 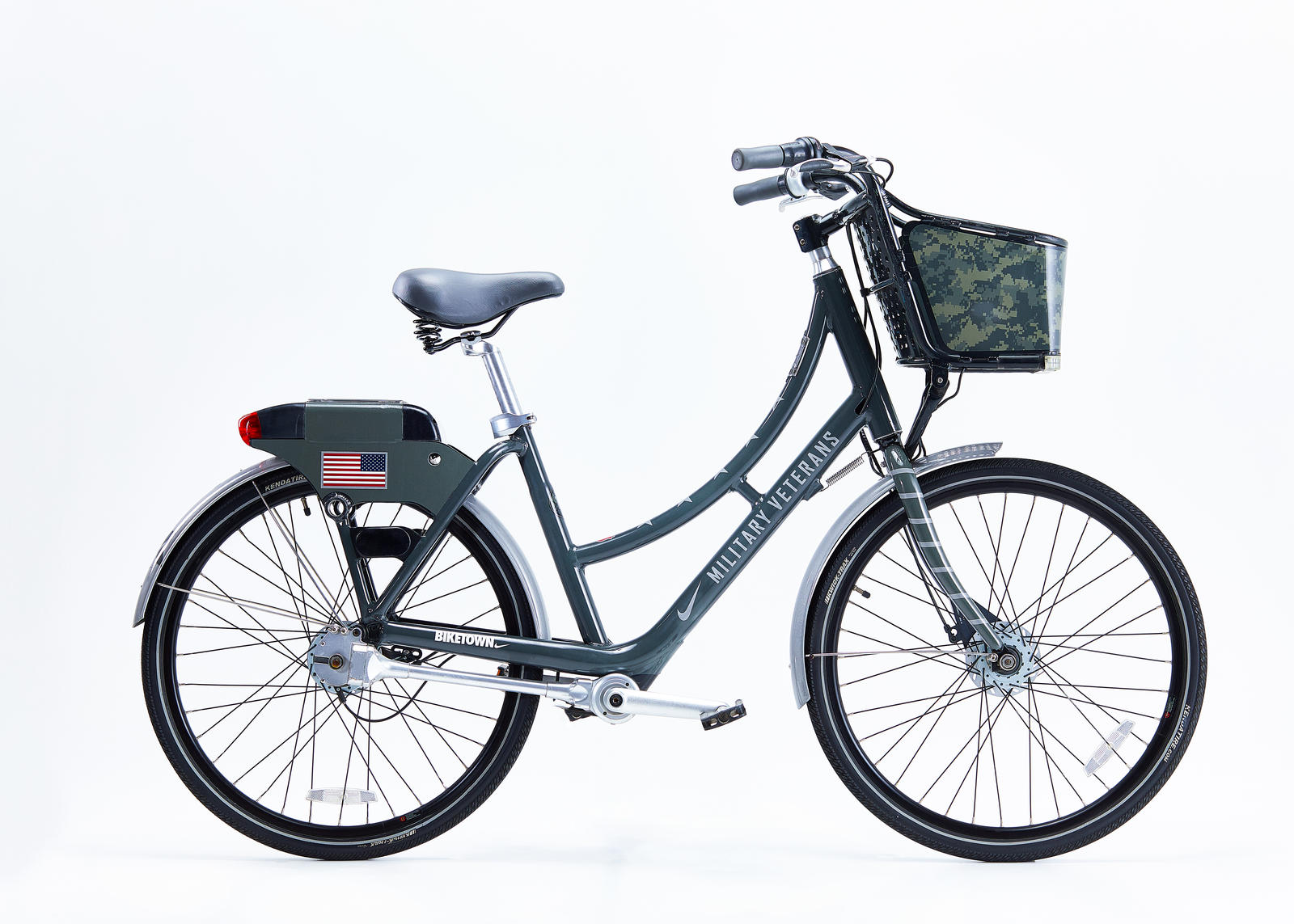 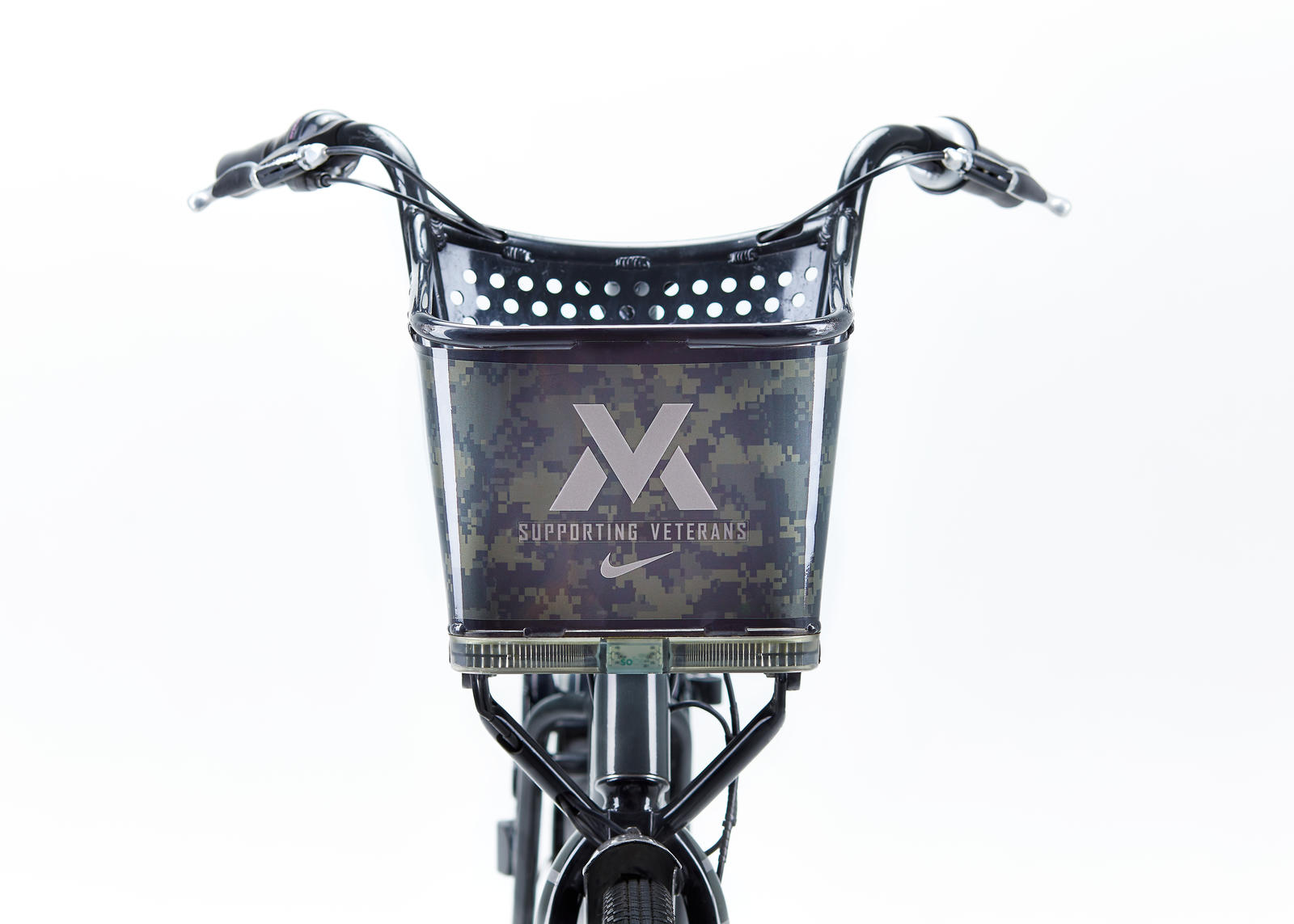 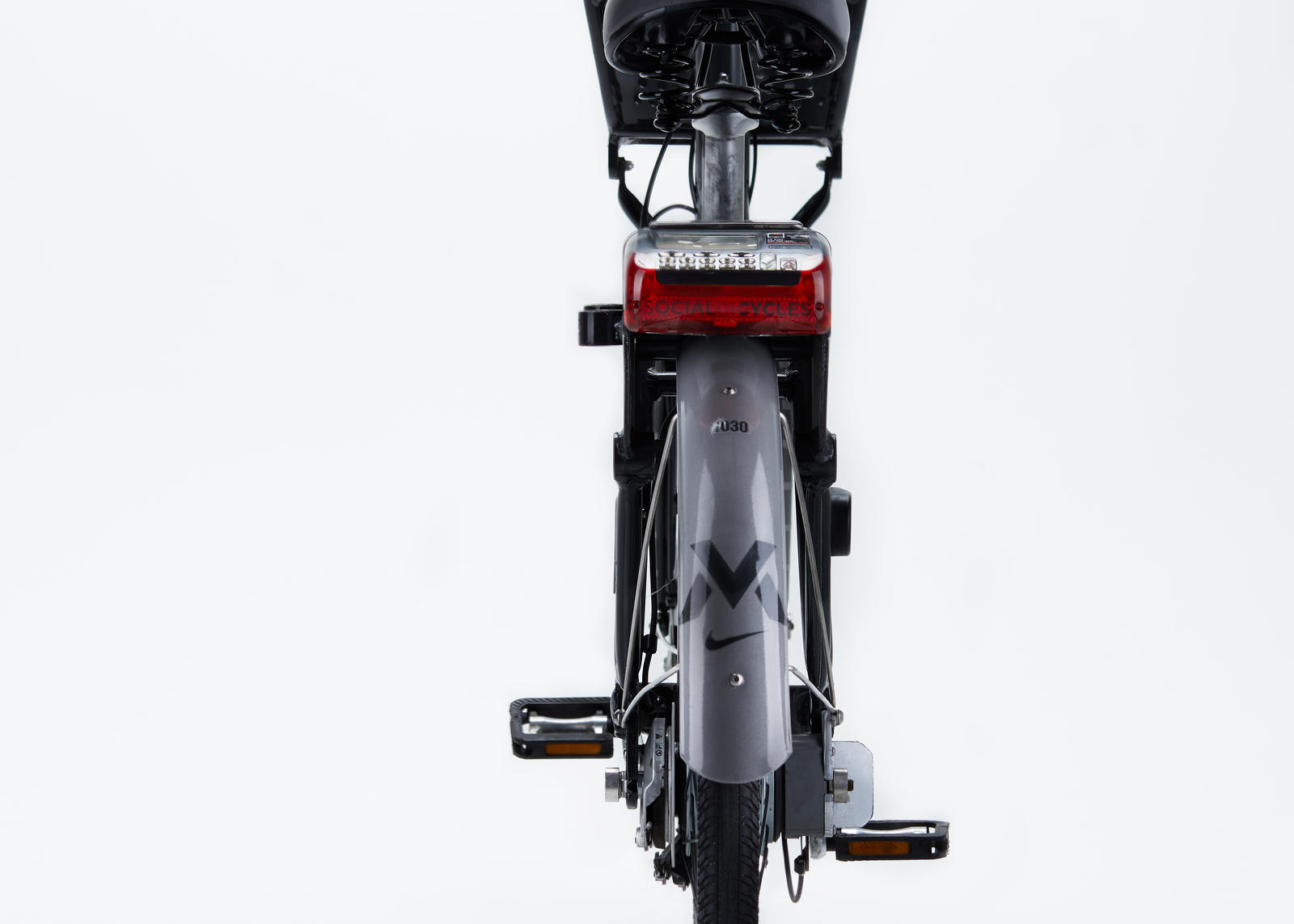 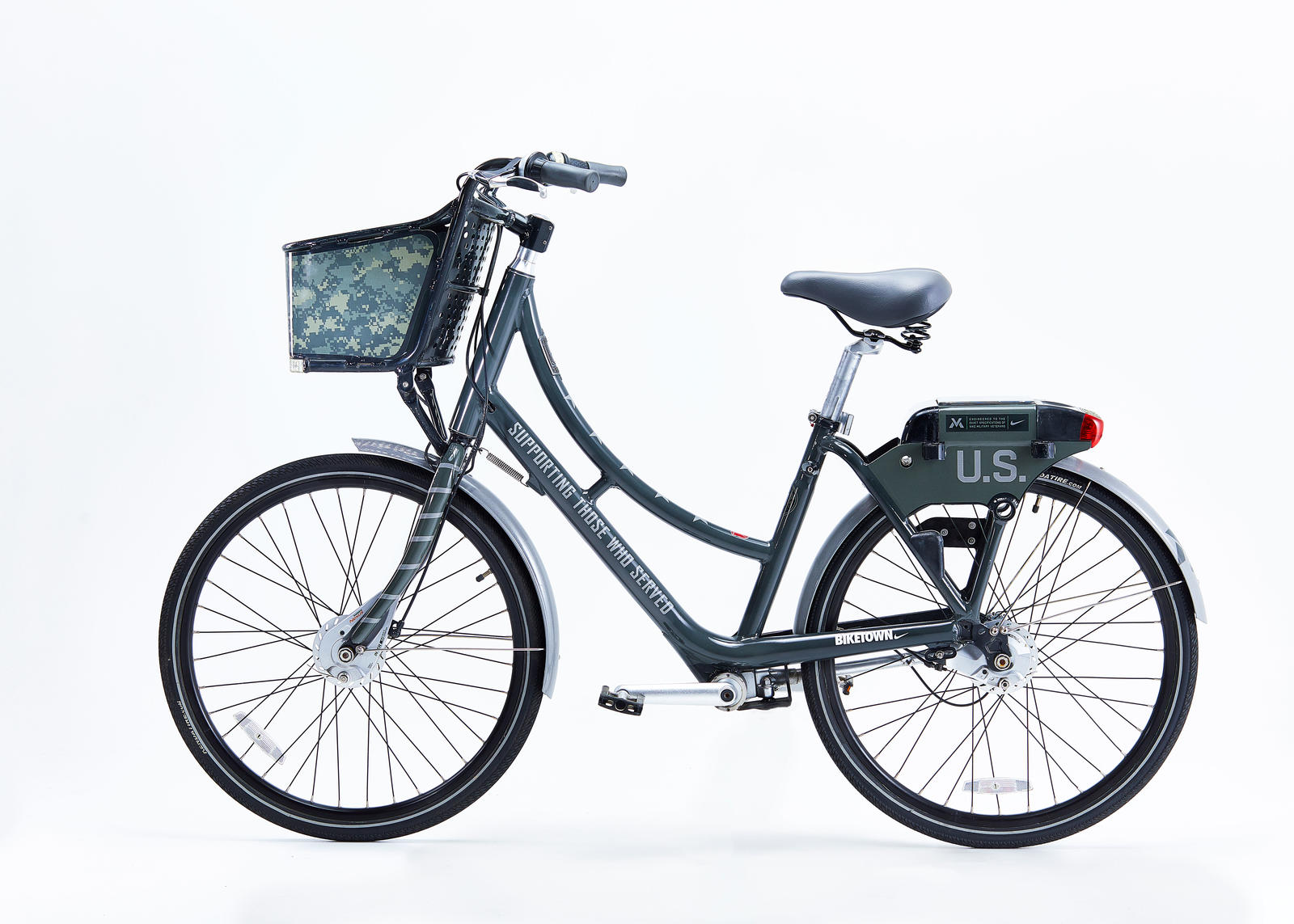 A new bike wrap design featuring a military-inspired color palette along with five silver stars that represent the five branches of the U.S. Armed Forces will appear on five bikes starting May 1.

This small fleet continues BIKETOWN’s Culture Collection, a series of wraps rolling out throughout the year that highlights the communities and cultures of Portland.

Check Out Past Wraps 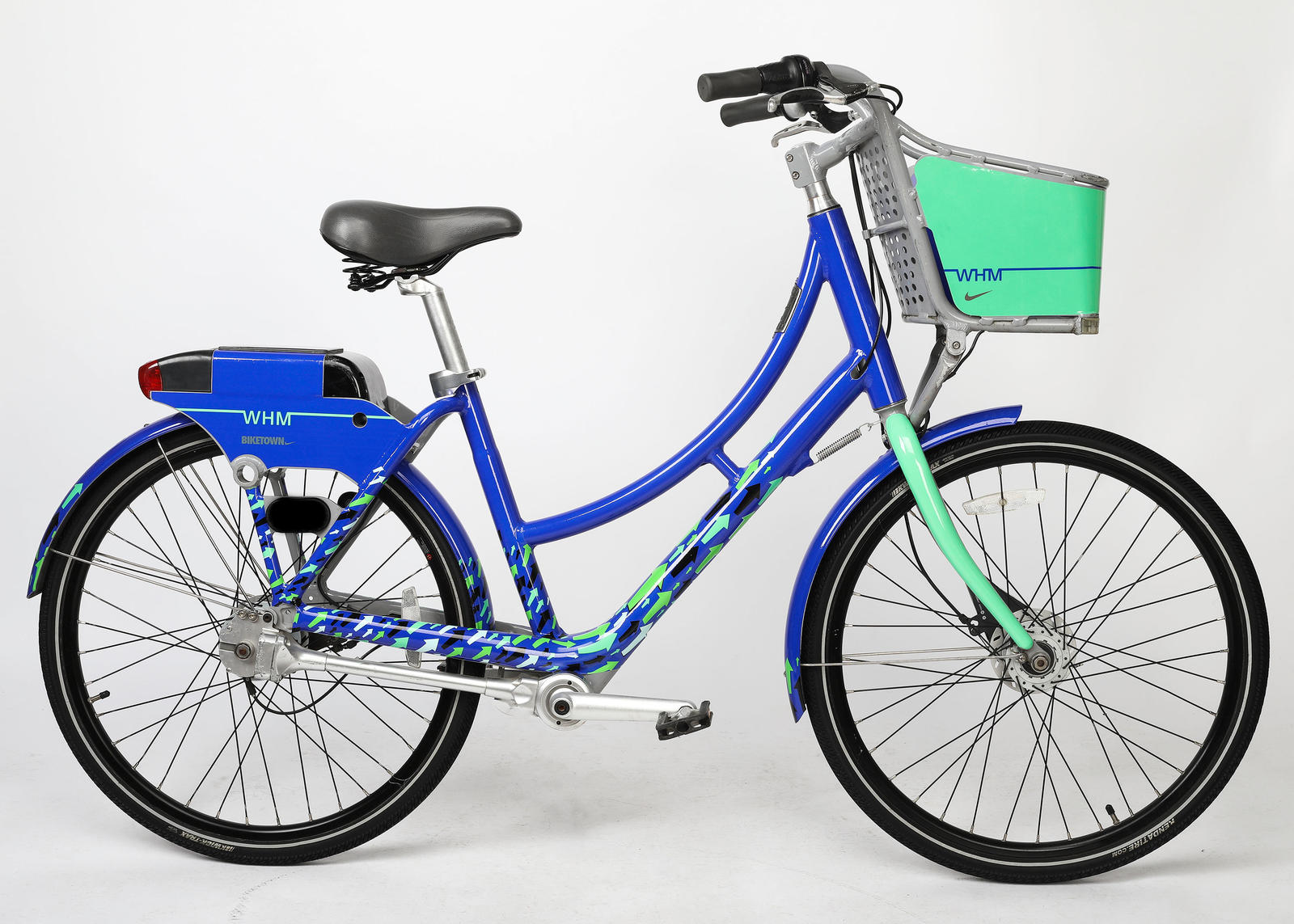 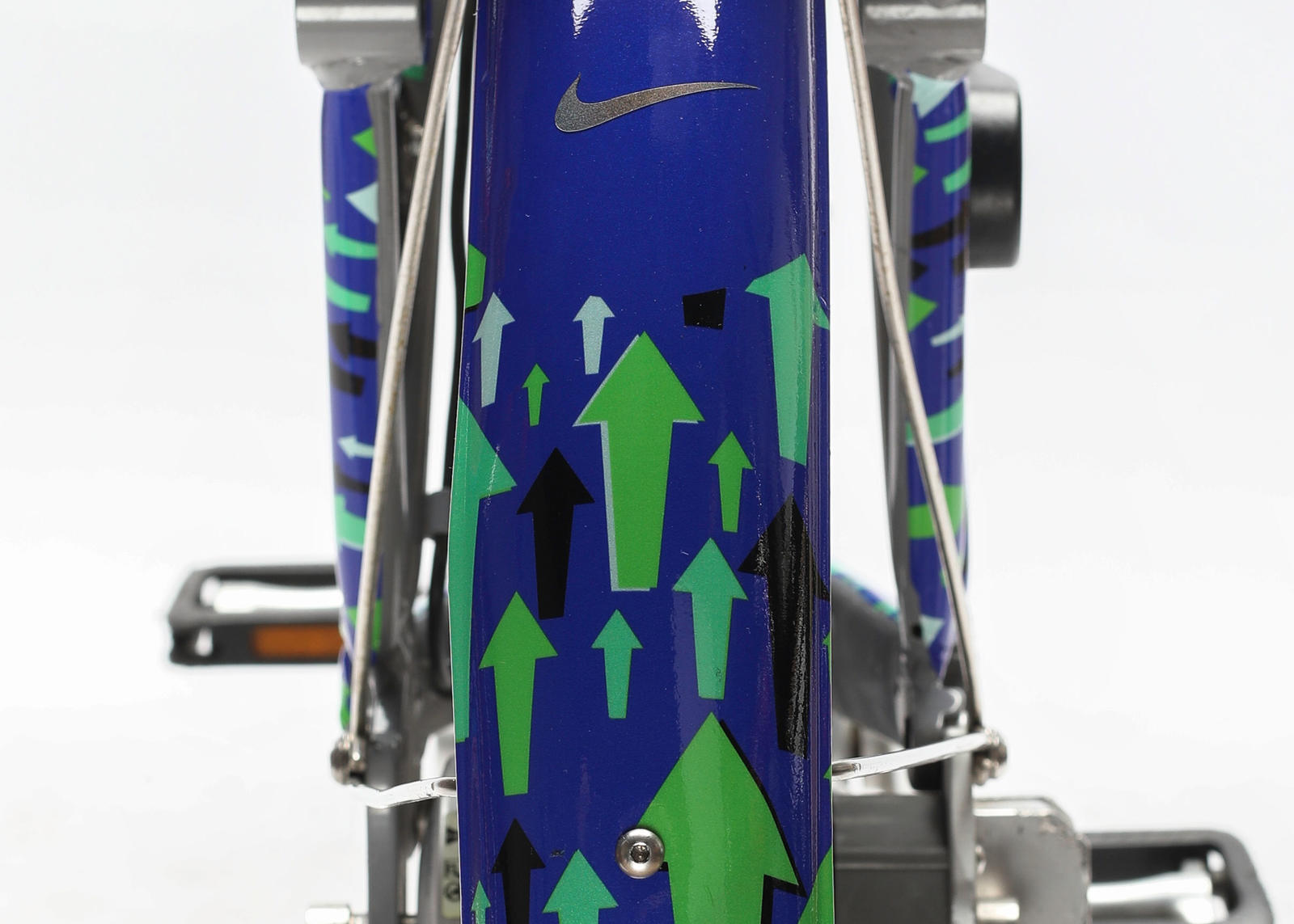 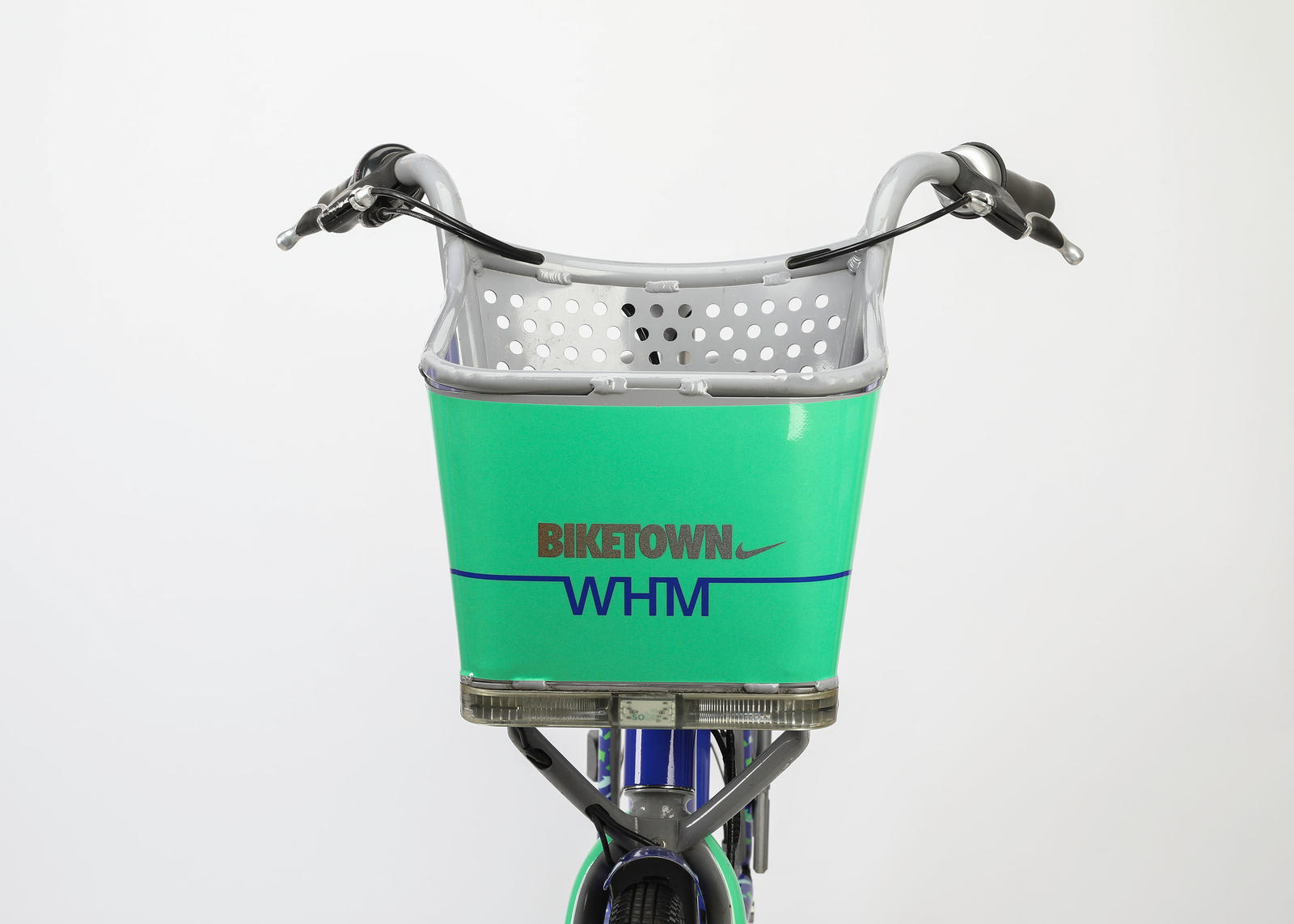 The second wrap in the BIKETOWN Culture Collection celebrates Women’s History Month, featuring a vibrant palette of blues and greens with upward-facing arrows. The “WHM” acronym is brightly printed on the bike’s basket and frame. Beginning March 1, five of the bikes were made available in Portland, Oregon. 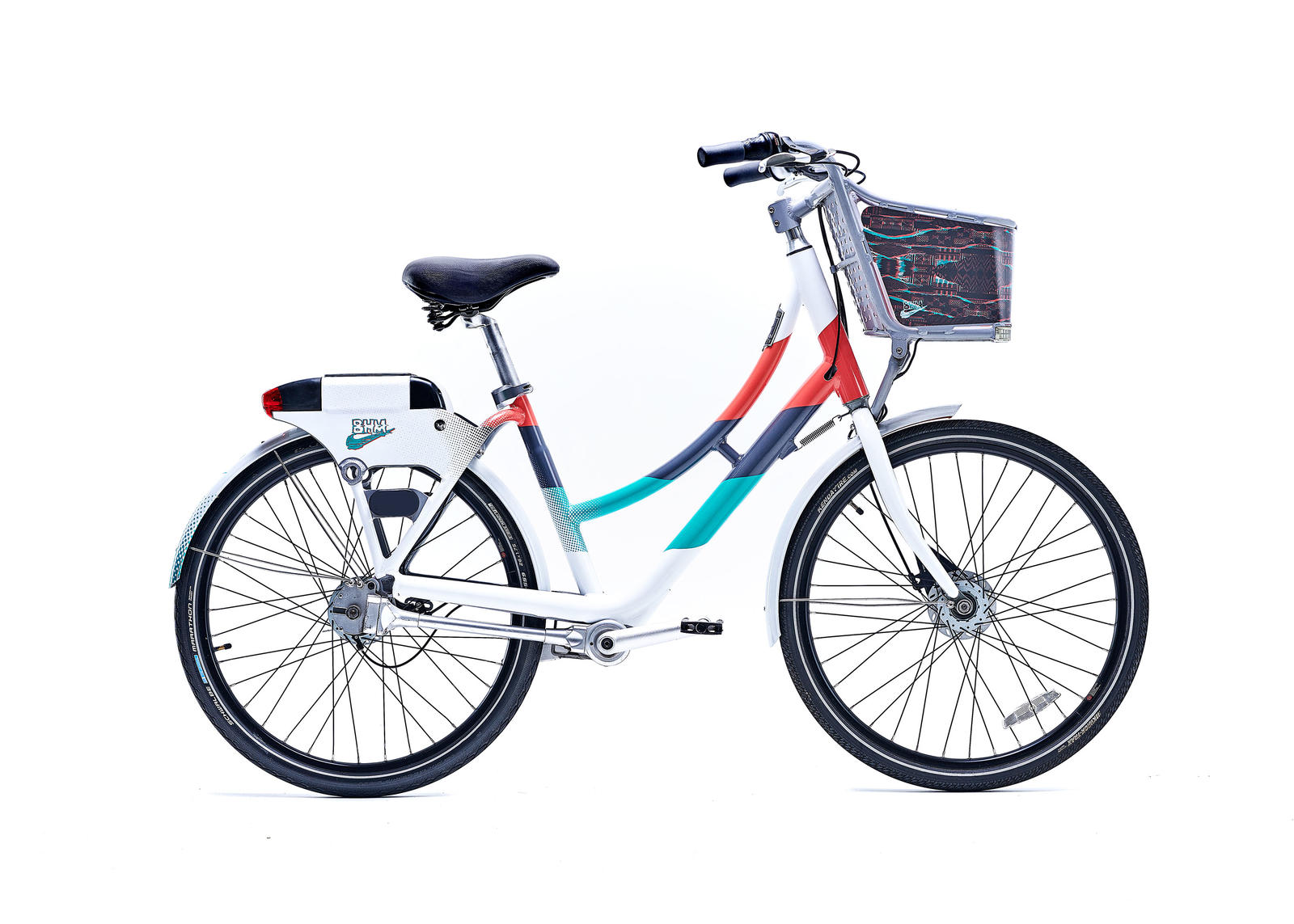 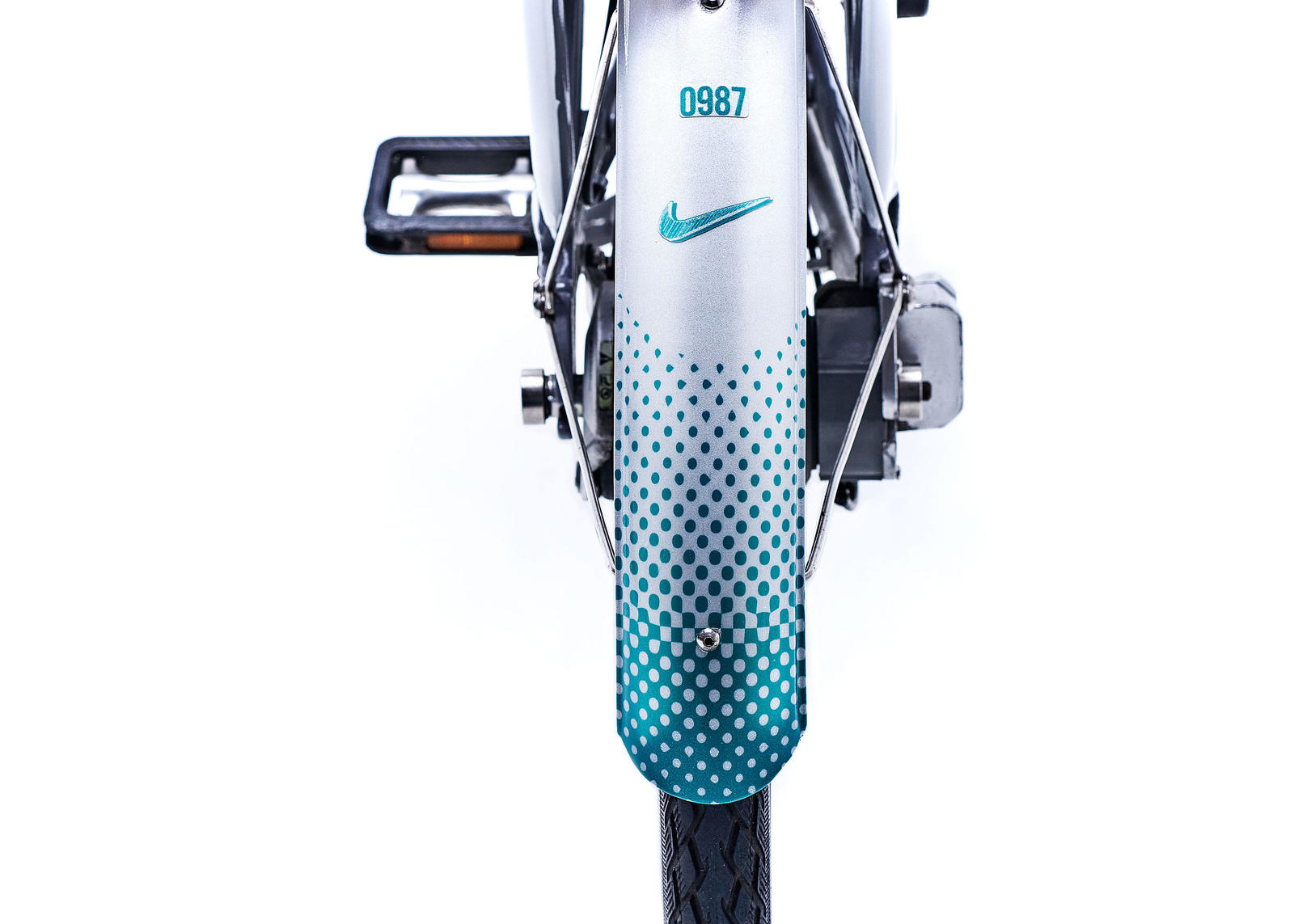 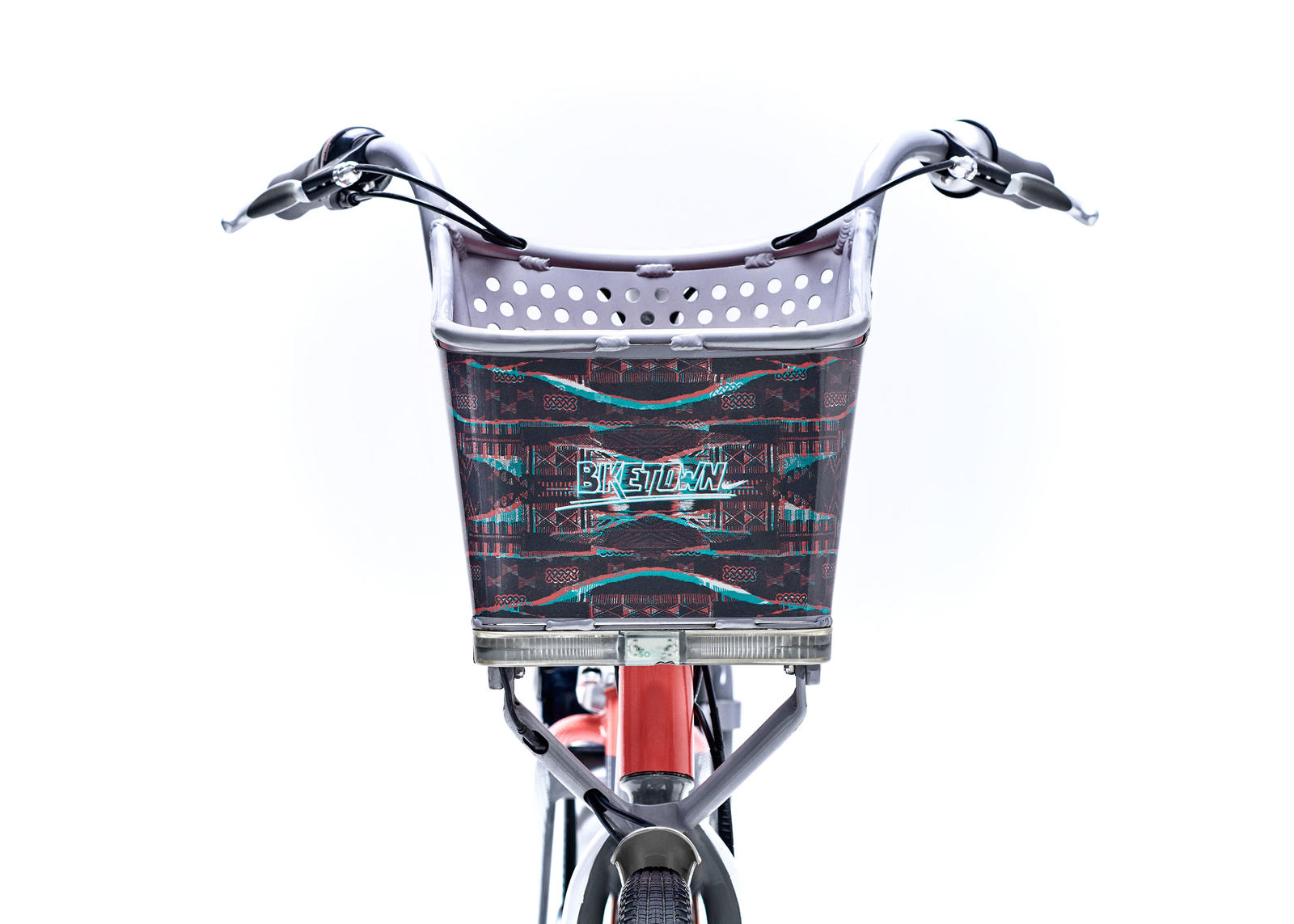 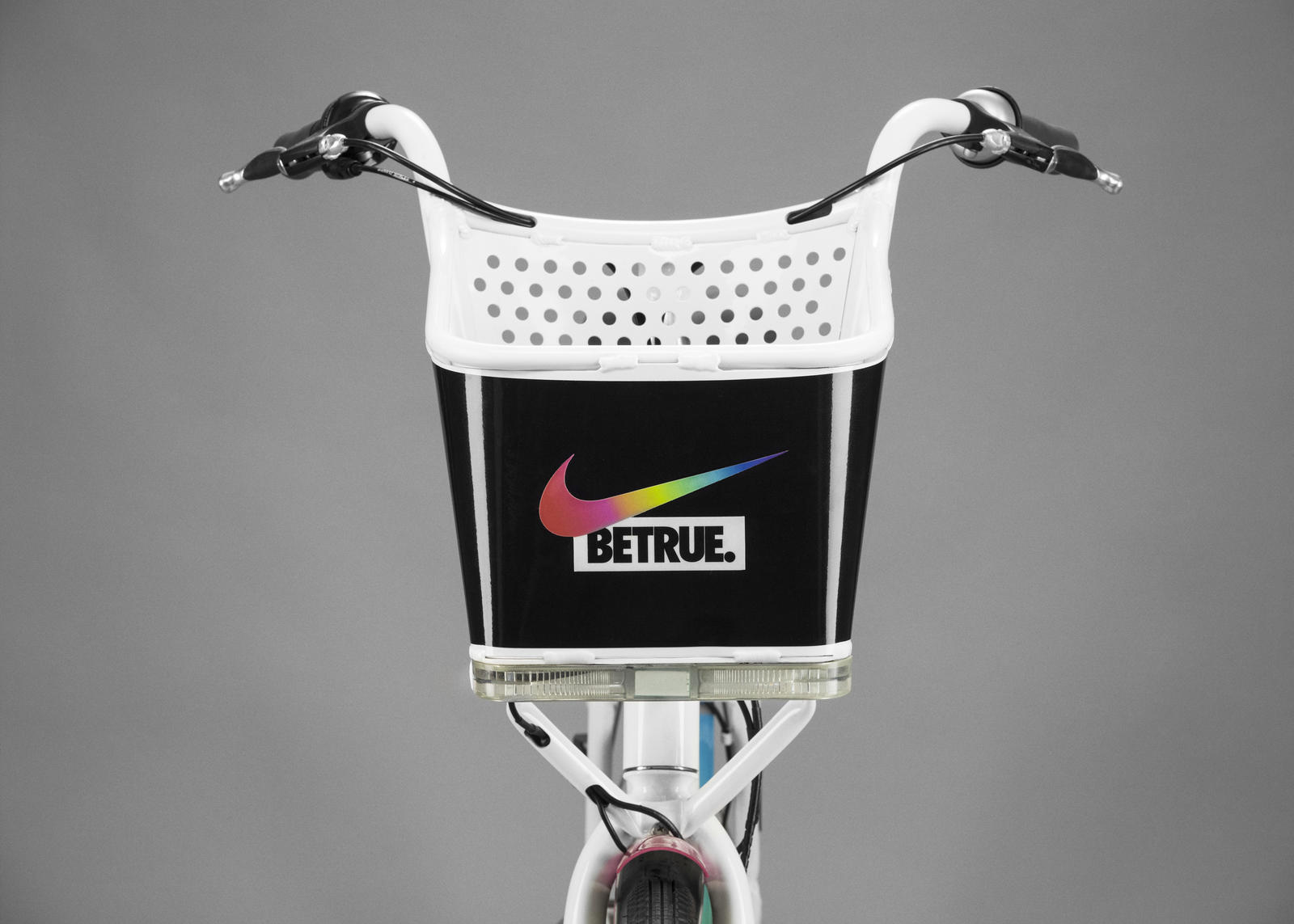 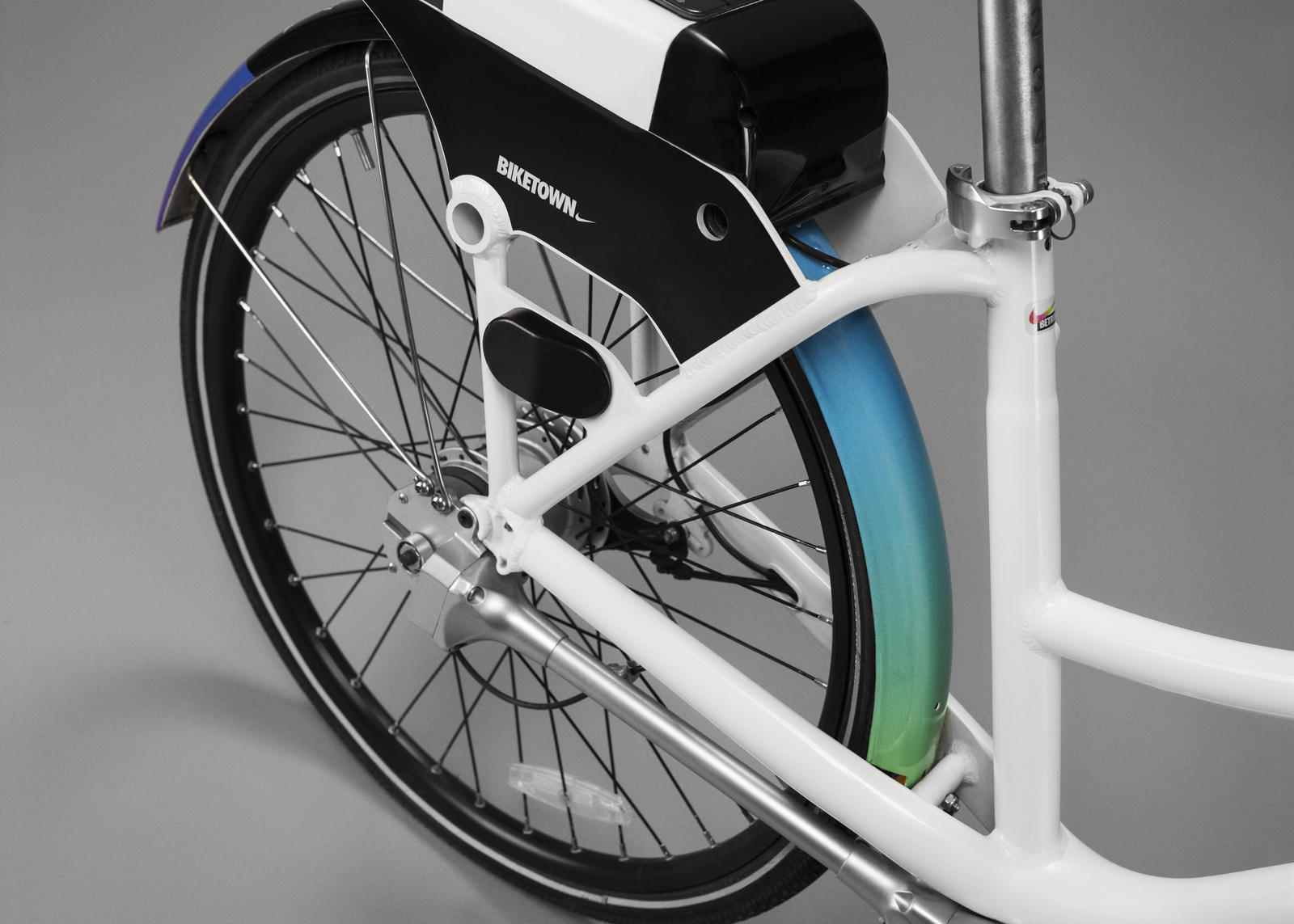 In 2017, 50 BIKETOWN sneaker bikes were wrapped in two limited-edition rainbow colorways. These BETRUE bike designs followed the launch of Nike’s 2017 BETRUE collection, and are part of Nike’s commitment to celebrate the LGBTQ community and support inclusion on and off the field of play.

The colorful bikes (half have a white background, half have a gray background) represent Portlanders’ individuality, diversity and creativity.

When the City of Portland Bike Share Program, BIKETOWN, launched in 2016, 10% percent of the program’s bikes featured a limited-edition wrap design inspired by one of three beloved Nike sneakers: the Nike Air Max 95, Nike Air Trainer 1 and Nike Air Safari.

The Air Trainer 1 and Air Safari, creations of the renowned Nike designer Tinker Hatfield, both released in 1987. The Air Trainer 1, famously worn by John McEnroe, redefined cross-training shoes, while the Air Safari has become a cult classic thanks to unmistakable print detailing on its toe and heel. Meanwhile, Sergio Lozano’s Air Max 95 broke new ground in 1995 with Nike’s first black midsole, forefoot air and its immediately recognizable gradient upper.

Nike is the Title Sponsor for BIKETOWN, the City of Portland bike share system that launched in July 2016. As a longtime partner with the City of Portland, BIKETOWN highlights the company’s commitment to make Portland an even more active, vibrant and innovative city. As part of this collaboration, Nike designed the innovative visual identity for the program’s standard bike, which is the highly identifiable shoebox orange that is synonymous with Nike. In addition, Nike oversees the design and branding of the system’s logo, stations and physical presence, plus the limited-edition bike wraps. Learn more here.