The Nike BETRUE 2018 collection celebrates colors and symbols that have been reclaimed and historically repurposed by the LGBTQ community. Two highlights: the color lavender and the pink triangle. 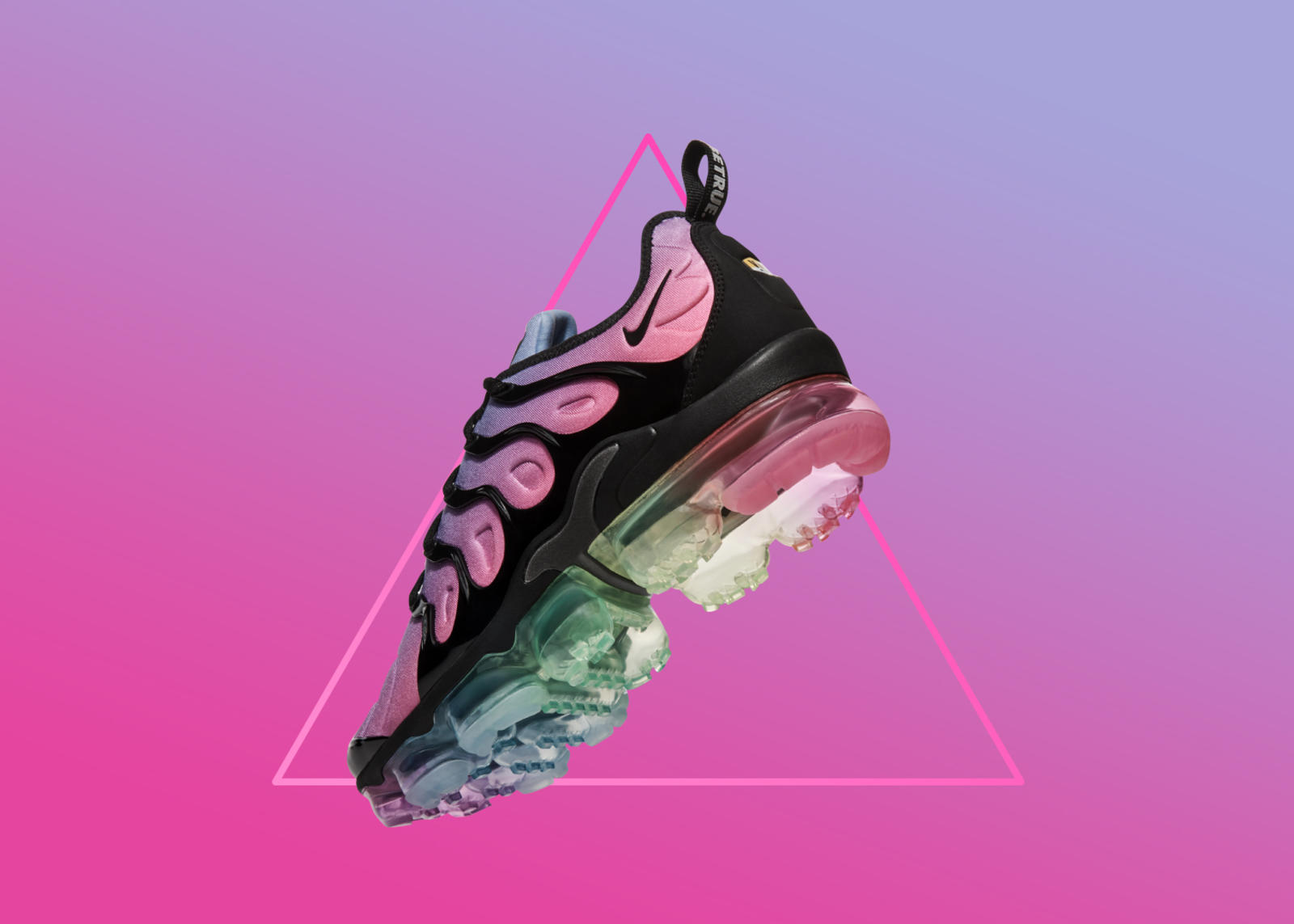 With the most advanced Nike Max Air technology yet, the Nike BETRUE Vapormax Plus features the rainbow color spectrum underfoot. 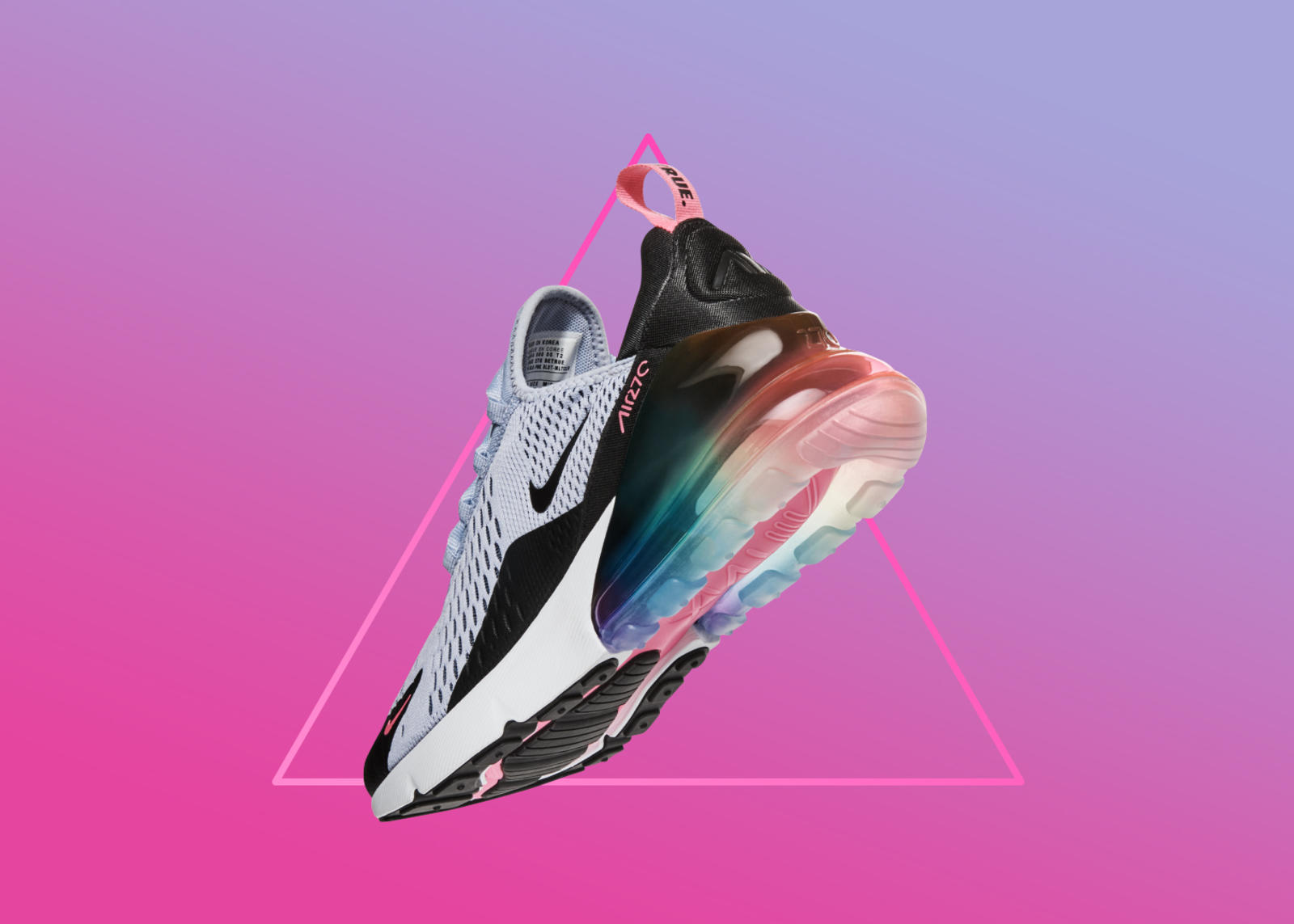 The Nike BETRUE Air Max 270 will be the most limited release of of the silhouette’s short but popular history. 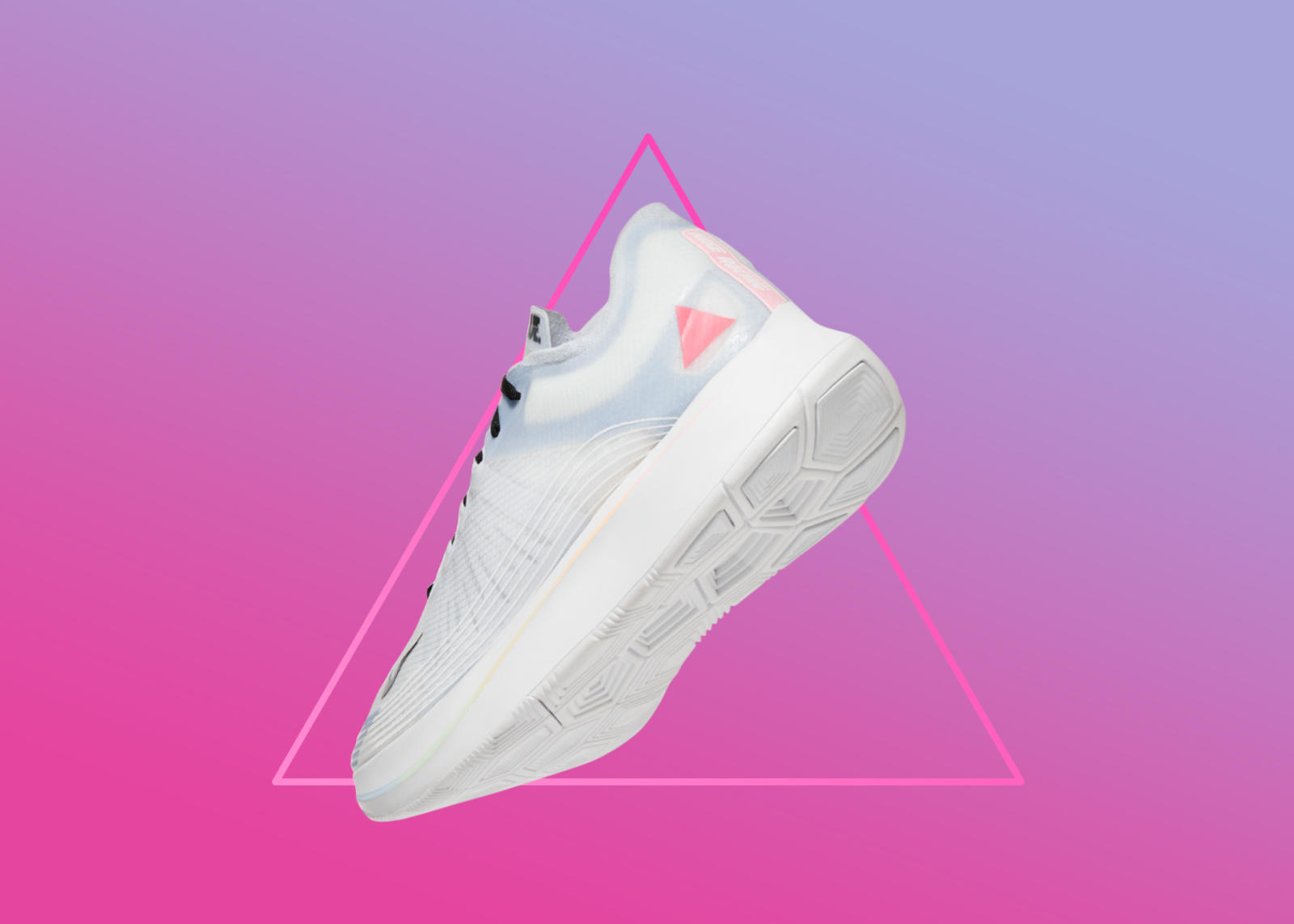 The pink triangle and classic rainbow on the Nike BETRUE Zoom Fly are partly inspired by racecar decals. 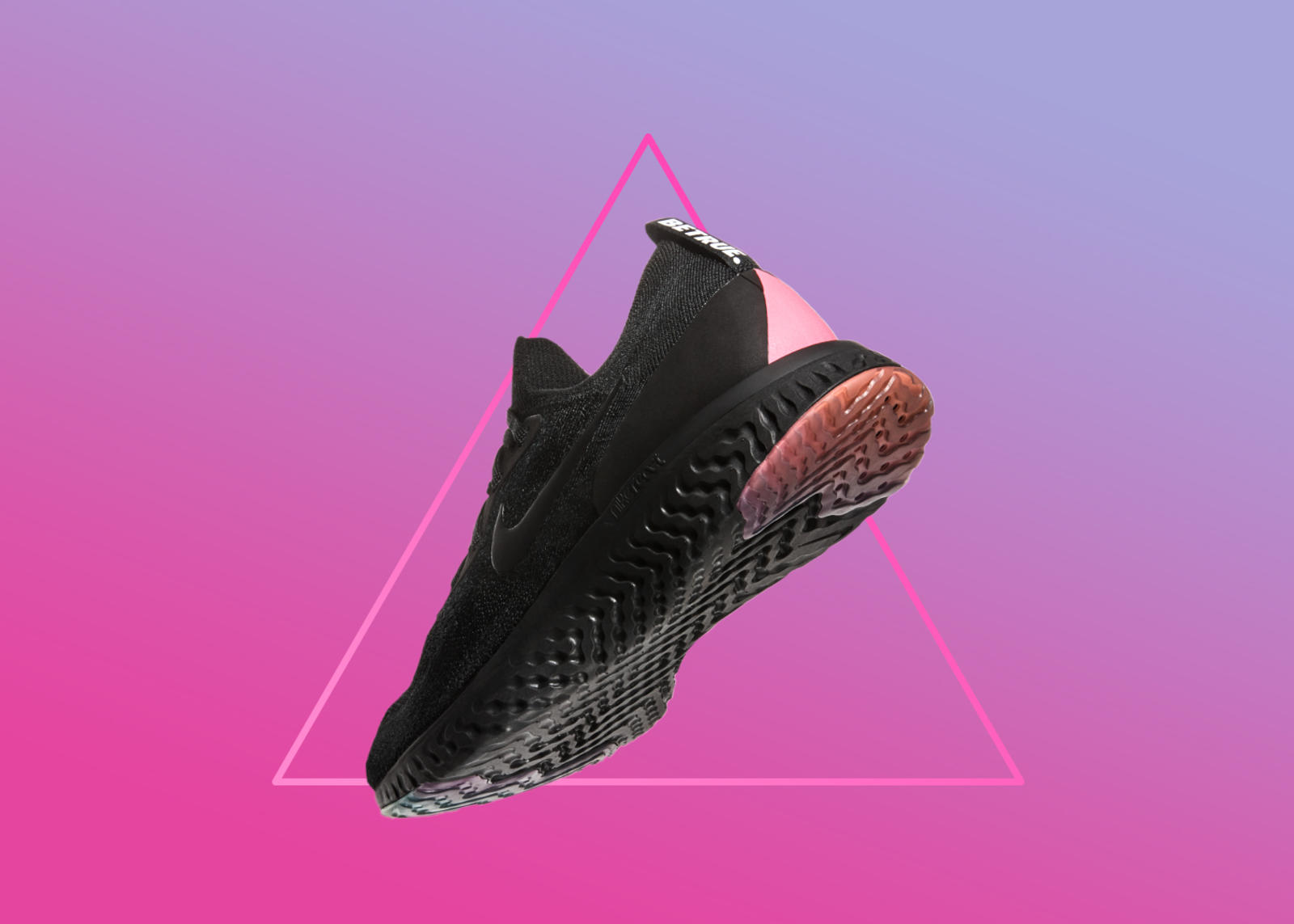 The upside-down triangle used in the 1940s was flipped rightside up in the '80s to promote a bearing of strength and solidarity – a symbol that runs strong through the Nike BETRUE Epic React Flyknit’s all-black colorway.

Lavender, a dynamic blending of gender-linked light blue and light pink, is one of the oldest symbolic references in LGBTQ culture. The shade appears in the four colorways of this year’s shoe cohort, the cornerstone products of the collection: the Nike Vapormax Plus, the Nike Air Max 270, the Nike Zoom Fly and the Nike Epic React Flyknit. The color’s historical connotations preceded the rainbow symbol’s widespread popularity in the 1970s, appearing on garments as a kind of quiet language among the community. Hints of lavender are detailed across all four of the silhouettes. In three of the shoes, the importance of purple carries through in the inclusion of a unique “pulse” shade.

Lavender is complemented by other colors in the traditional rainbow scheme of the Vapormax Plus and the Air Max 270. The airbags are individually dyed in the six-color spectrum. For the Air Max 270, the spectrum spans the entire heel for a surge of color. Even the Zoom Fly SP, a lifestyle take on a racing shoe, carries a muted rainbow colorway through the shoe’s translucent upper.

Also highlighted in the collection is the pink triangle. Originally used to identify gay men for persecution and internment during WWII, the triangle was reclaimed in the 1970s by pro-gay activists. It was used as a point-up triangle by the AIDS Coalition to Unleash Power (ACT UP), beginning in the 1980s with the “Silence=Death” campaign, as a call to action against the AIDS epidemic, a cause to which they are still committed. Today, the pink triangle is one of the world’s most recognizable symbols of pride, resistance, and solidarity for the LGBTQ community, used to champion action for LGBTQ rights.

The Nike BETRUE 2018 collection, which also includes T-shirts, socks, a hat and a heritage hip pack, launches June 6 on nike.com and at select retail locations globally.

Since 2012, Nike has provided nearly $2.7M in financial and in-kind support to LGBTQ causes, to advance inclusion and celebrate the passion and pursuit of sport by all athletes. We believe that diversity creates stronger communities and fosters innovation and growth. We look forward to announcing the organizations soon that will receive support in 2018 through the BETRUE Fund.