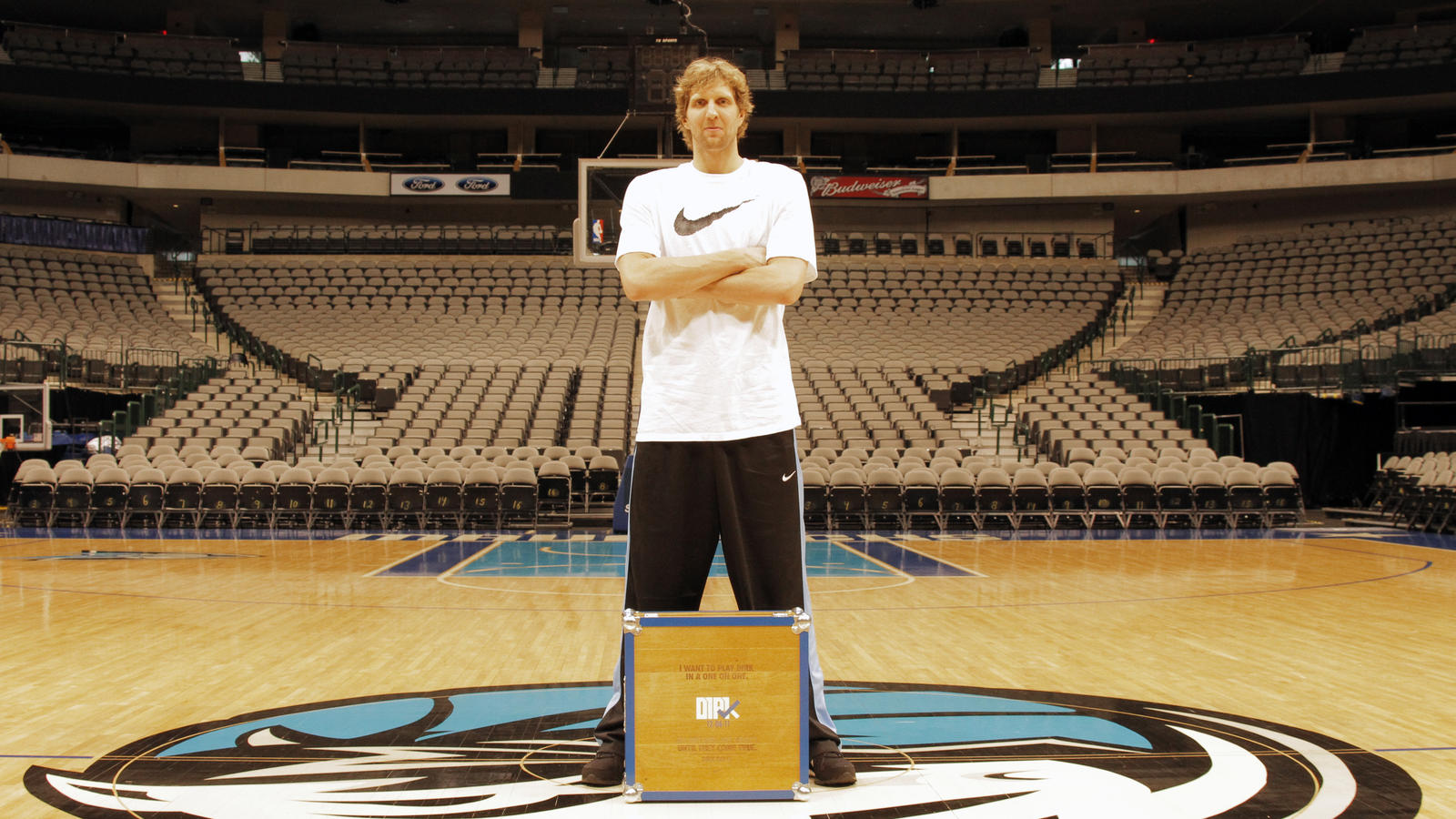 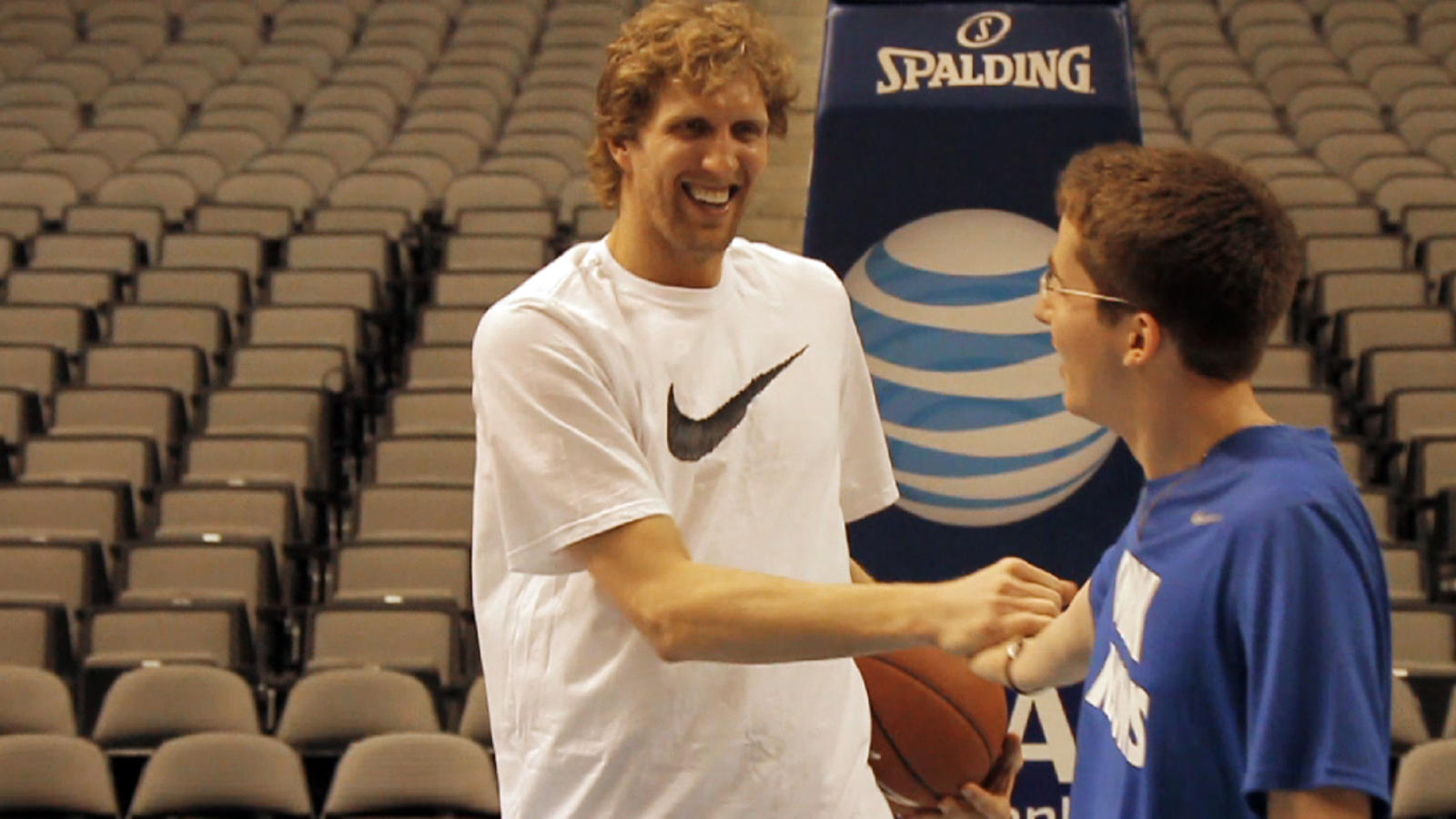 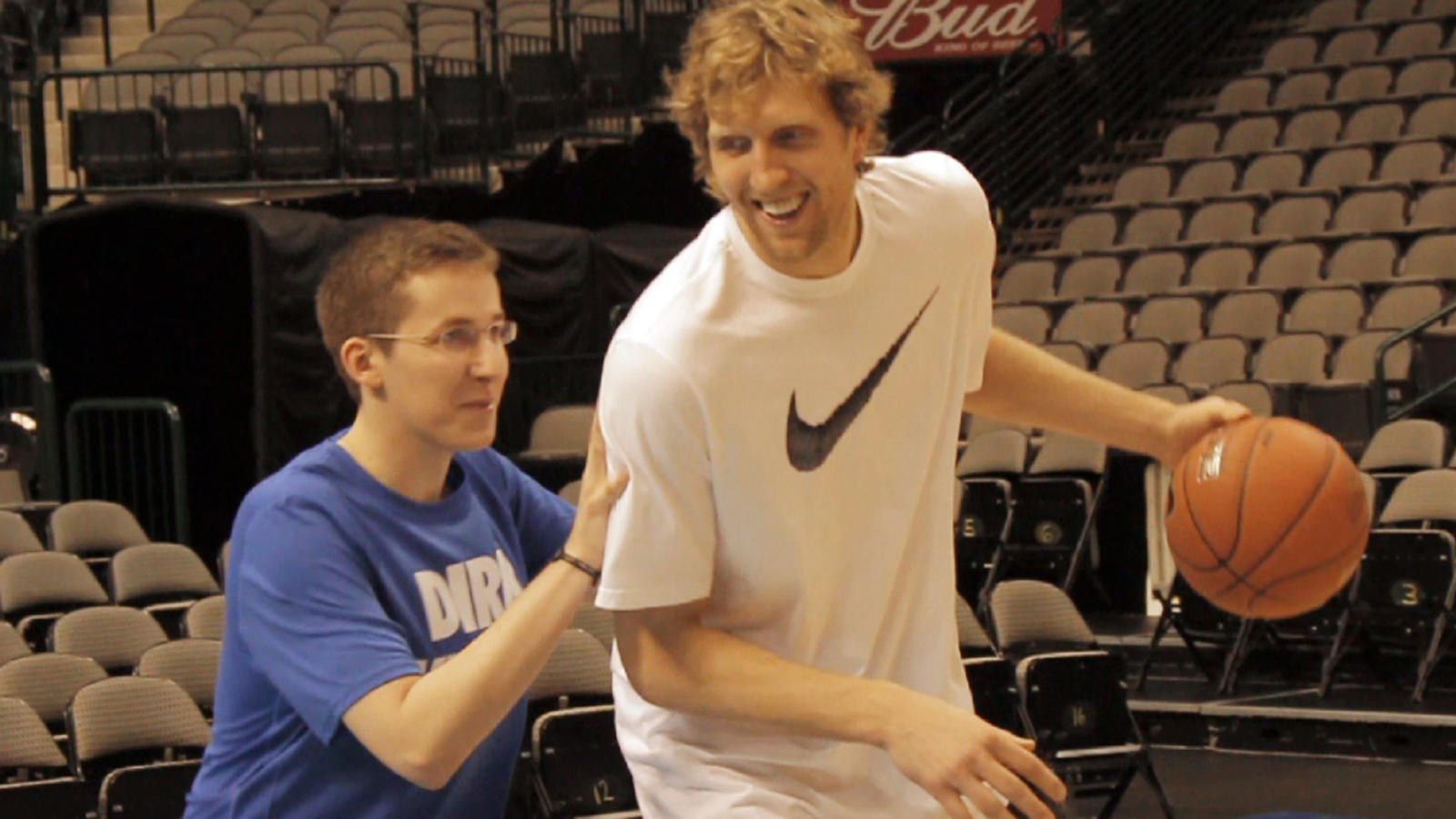 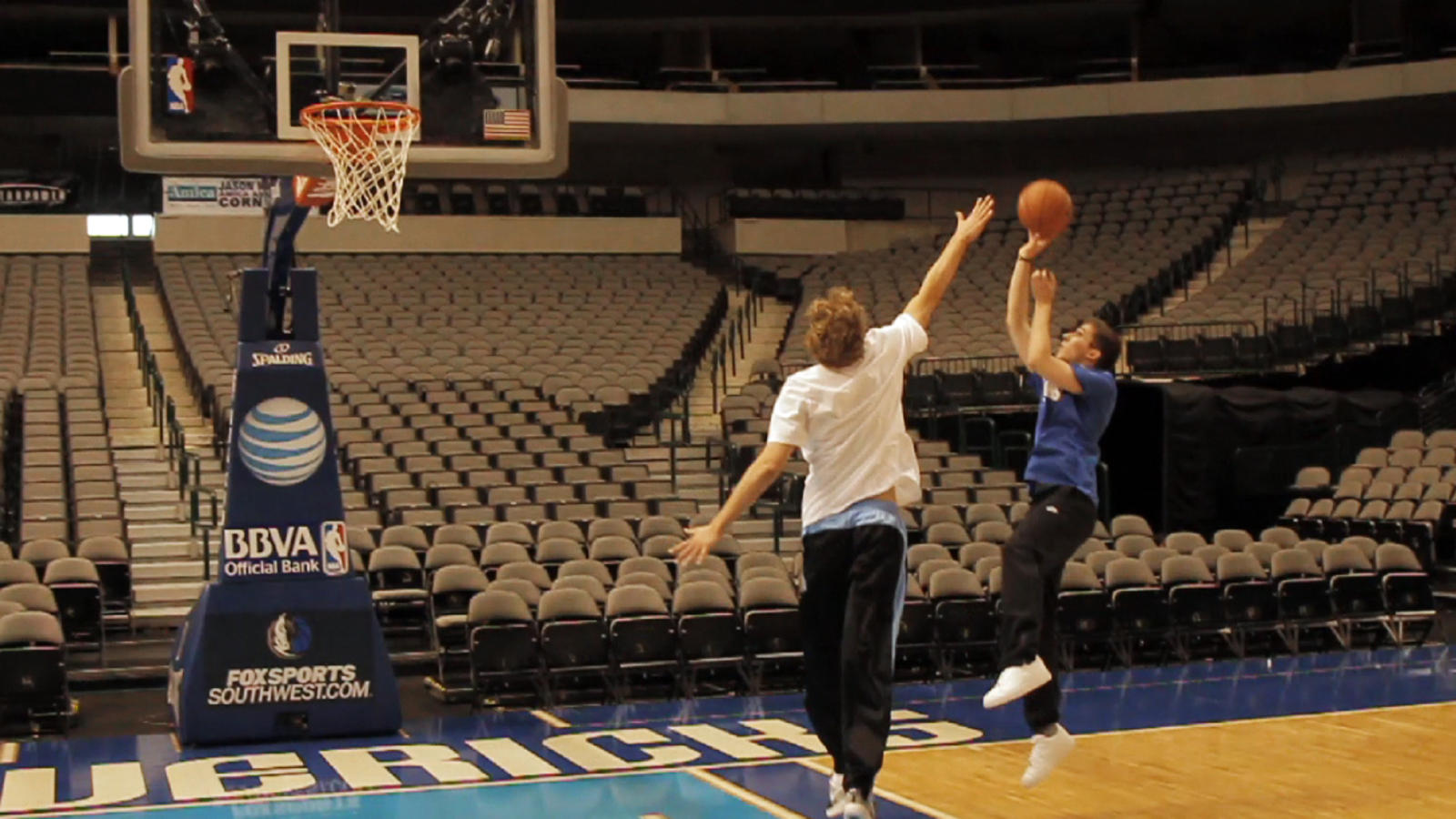 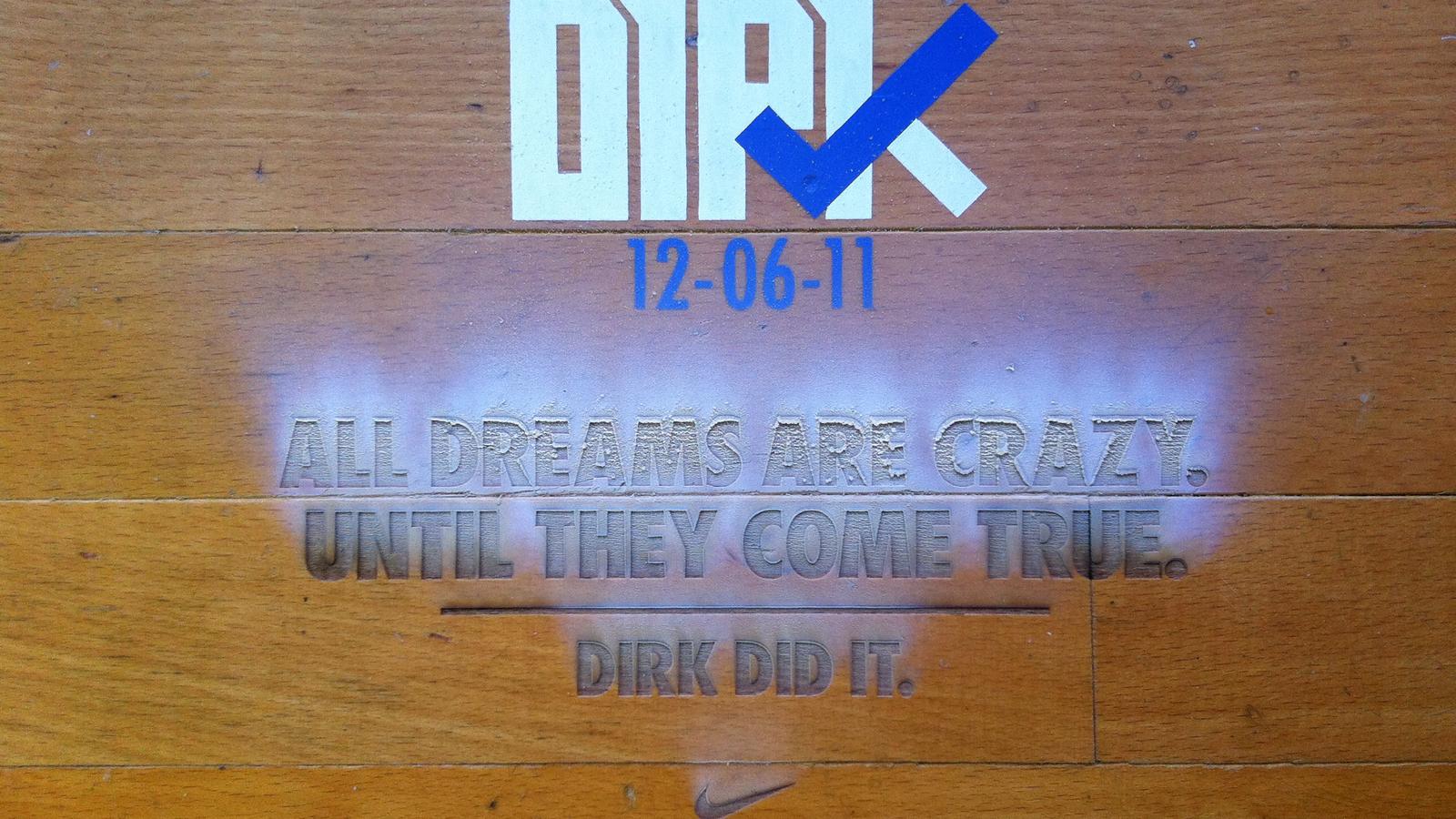 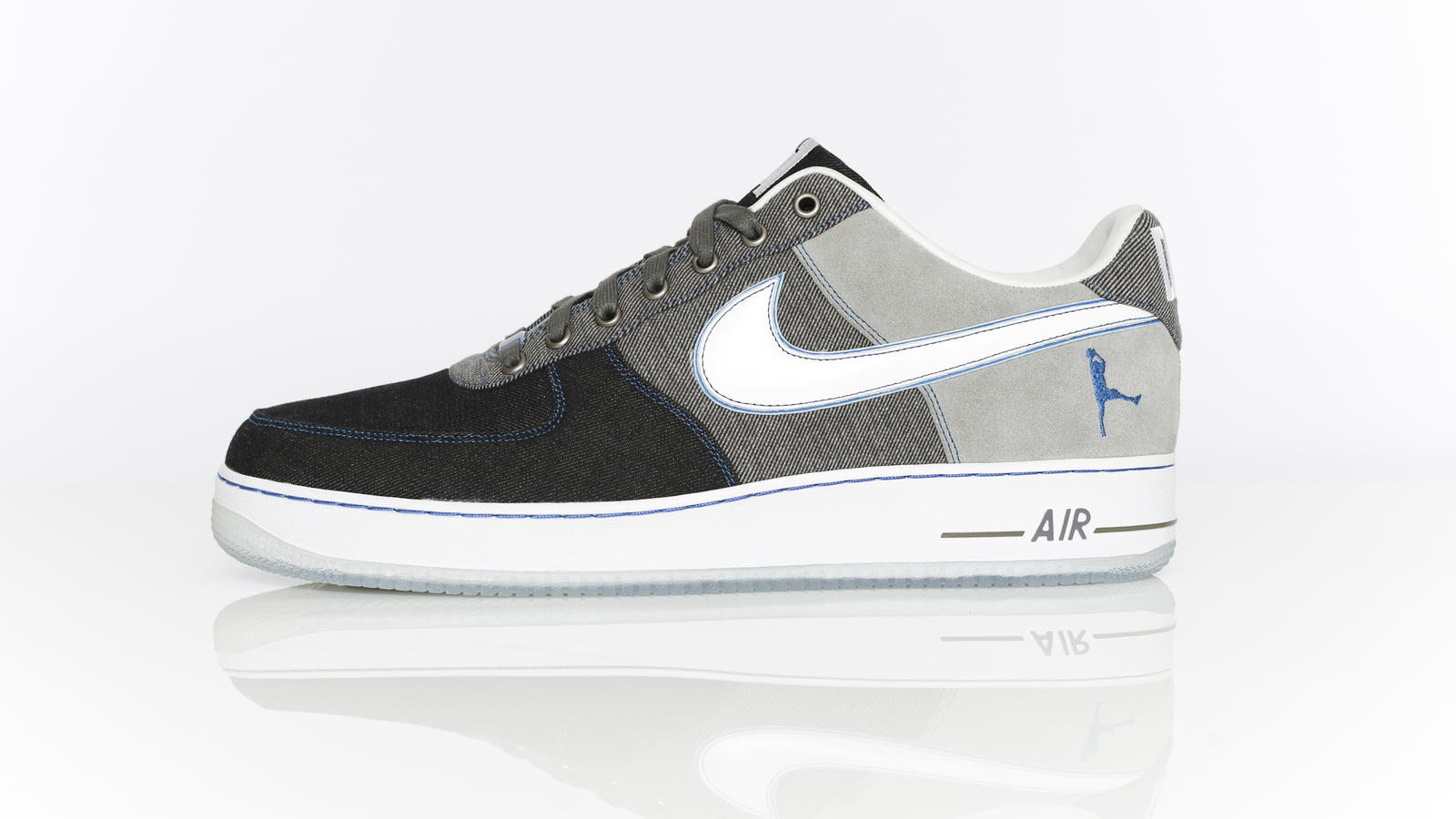 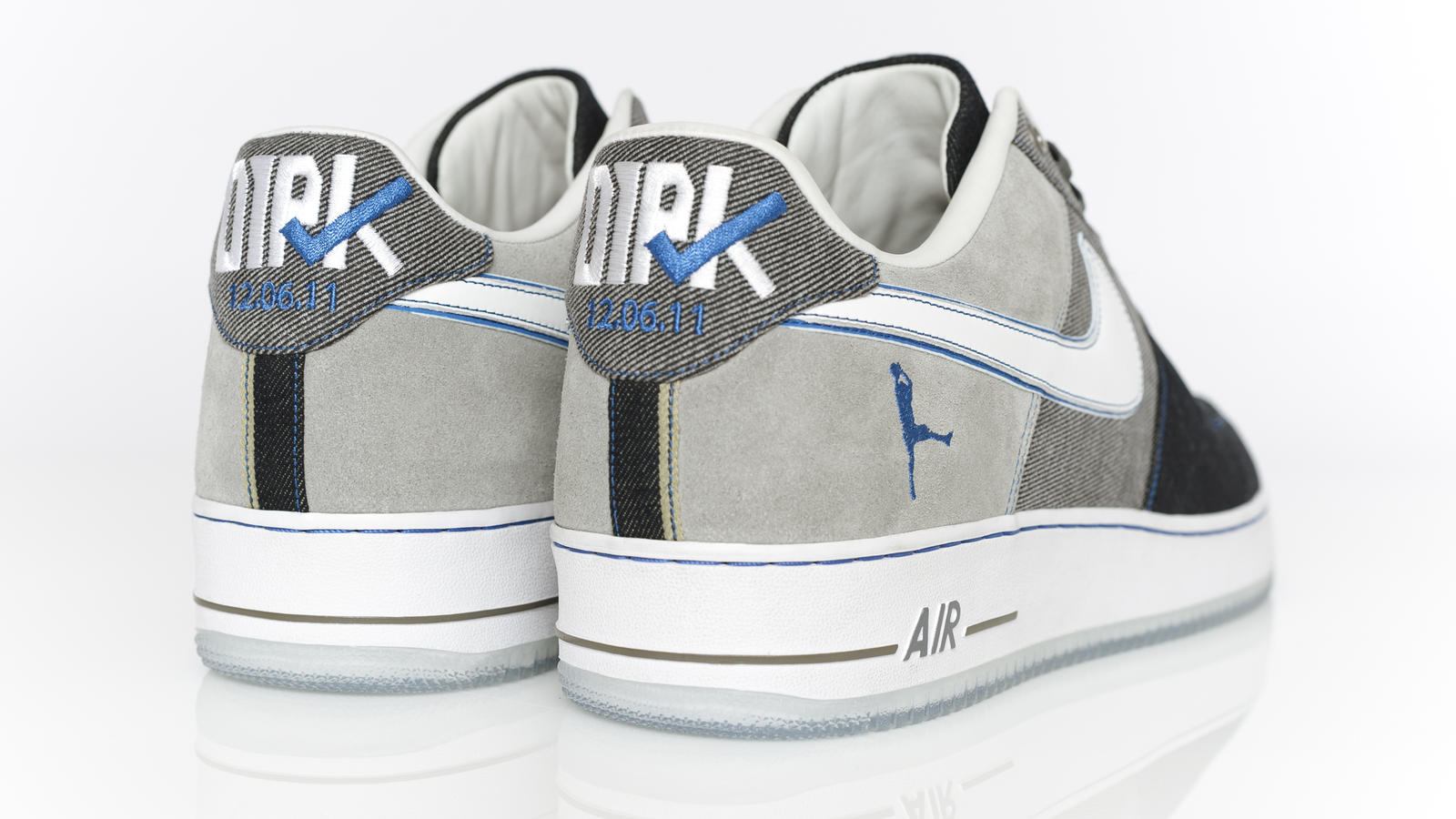 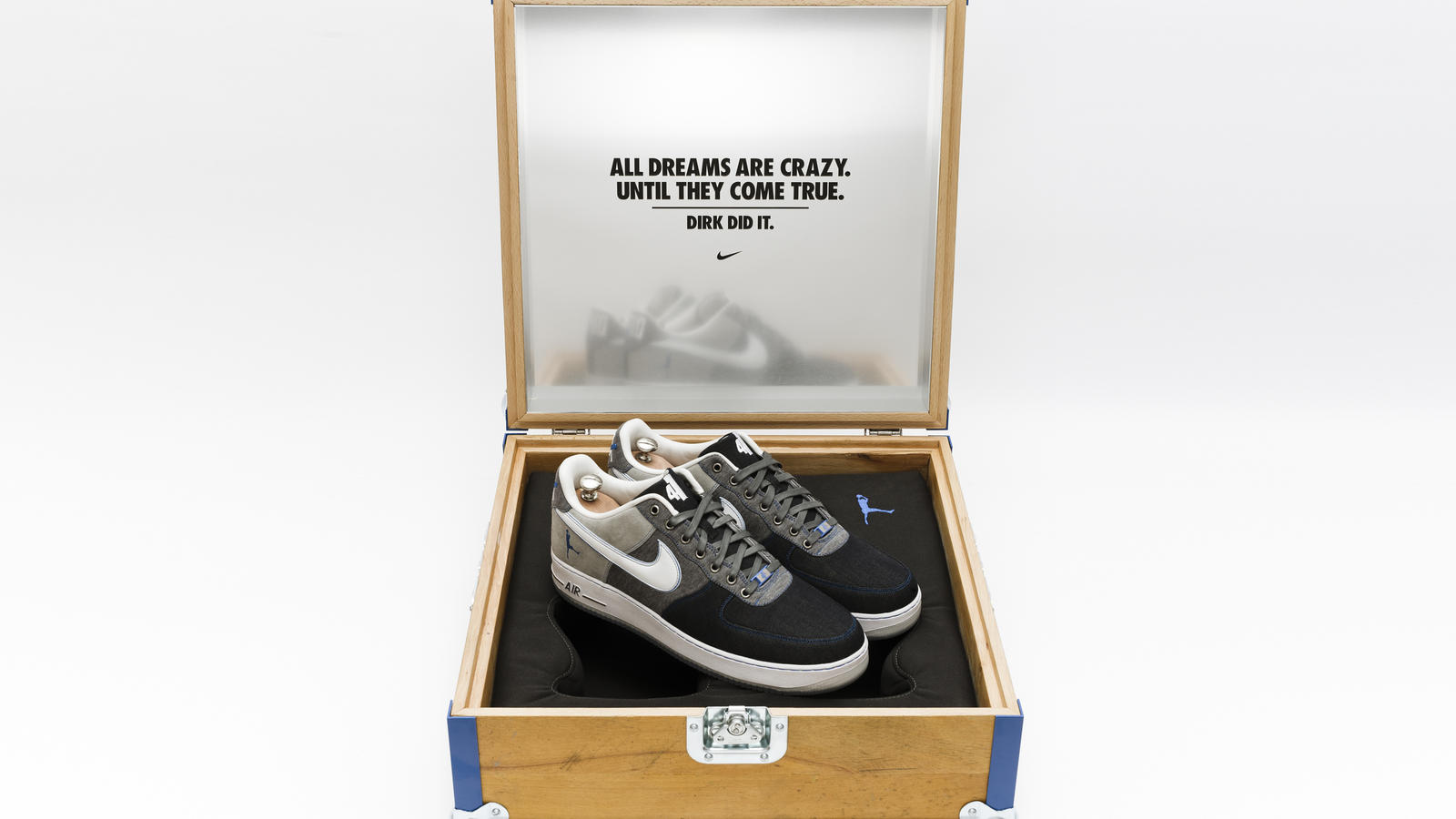 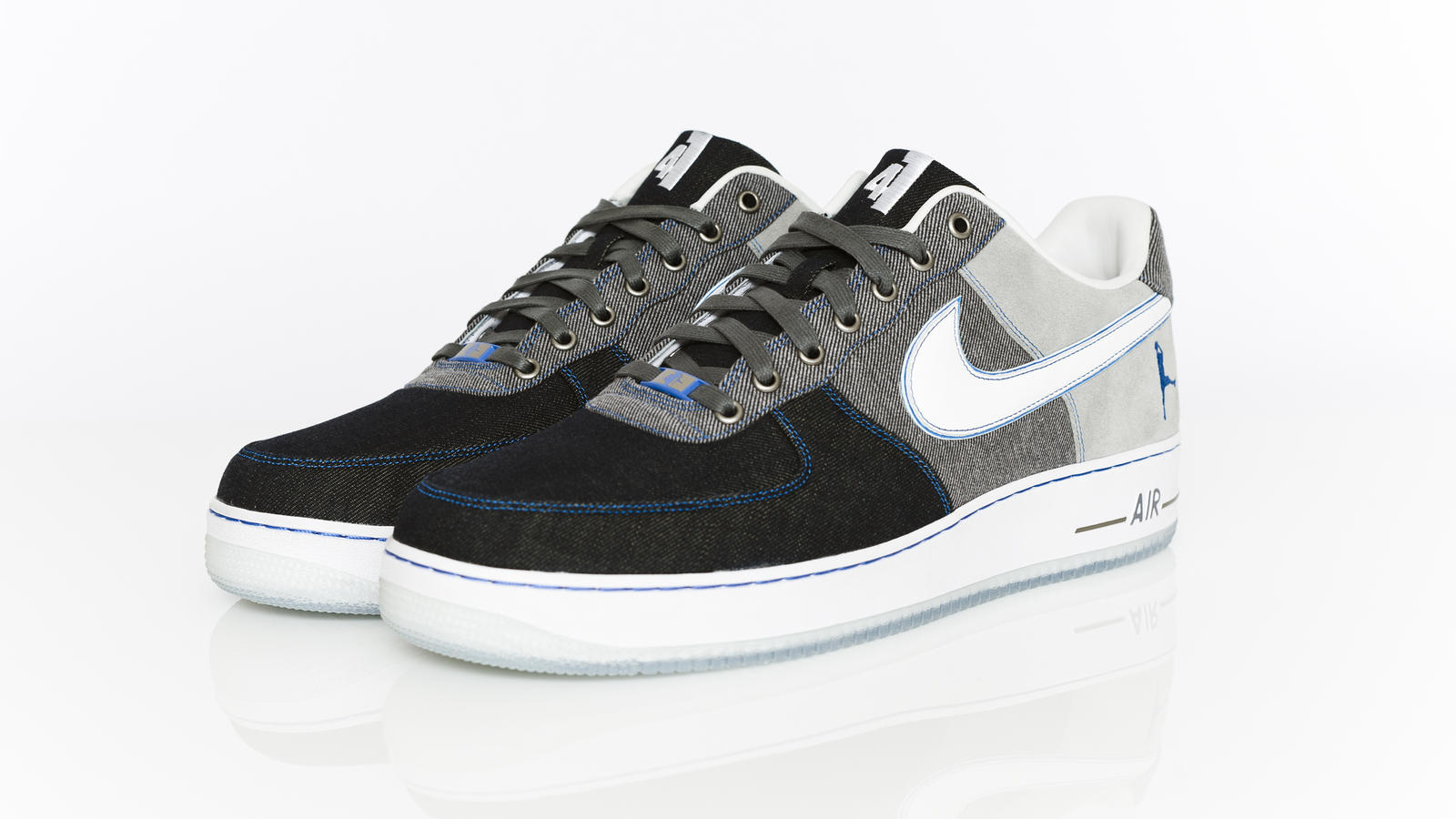 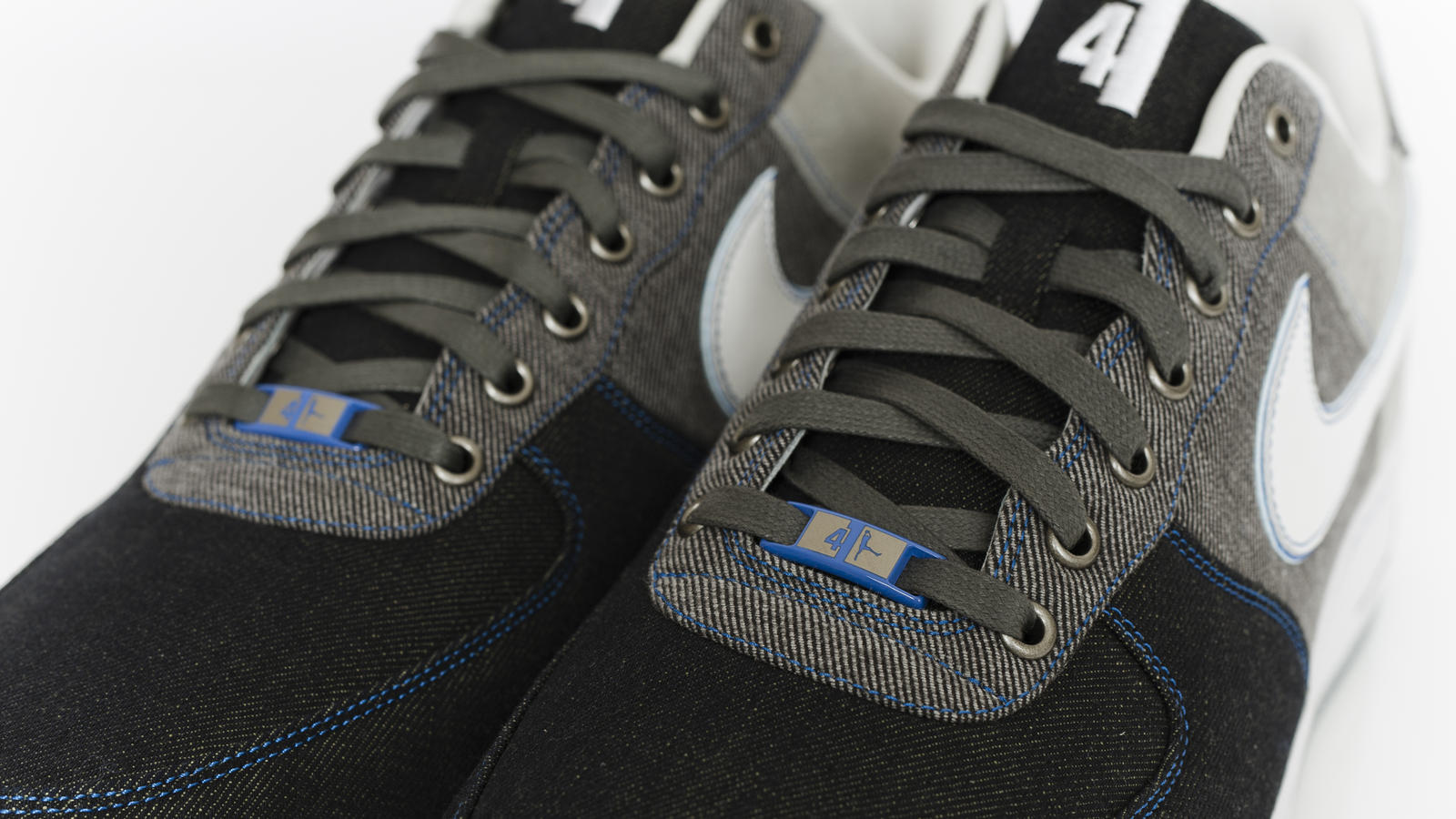 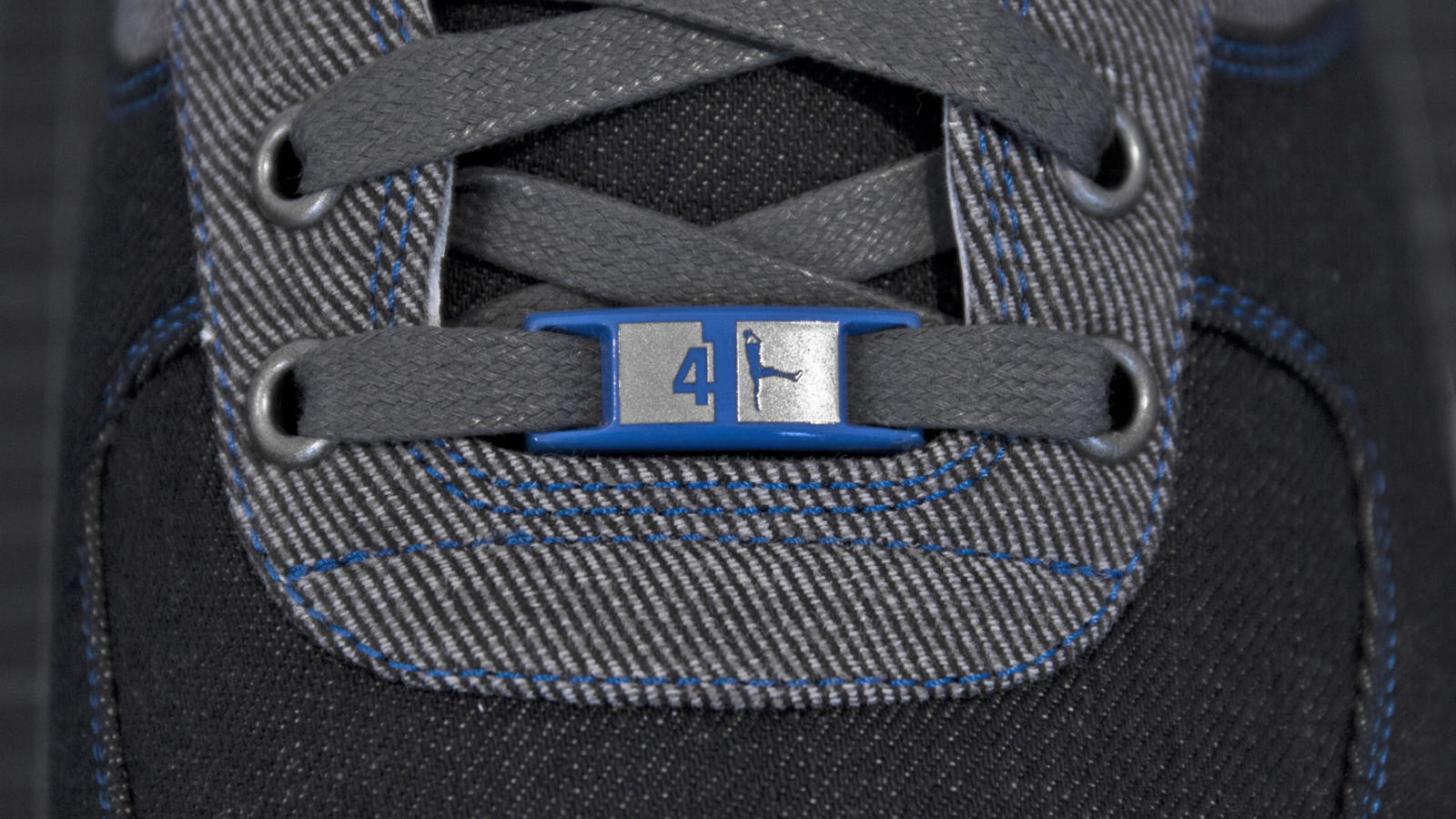 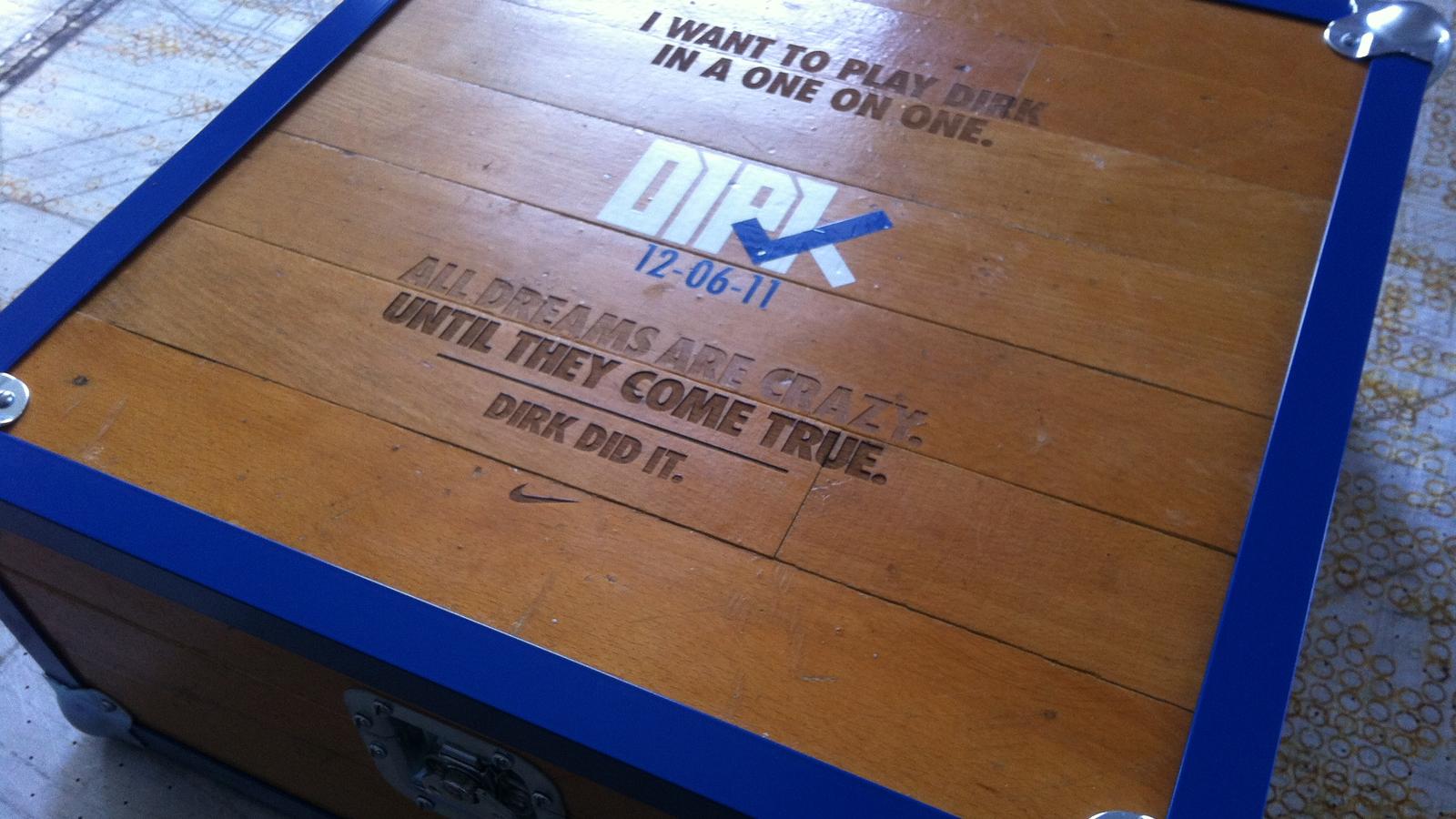 Fourteen years ago, Dirk Nowitzki had a crazy dream: play pro basketball in the US. He trained hard for it and in the end his dream came true. He was drafted by Dallas and in 2011 became the first German to win a world championship in the US.

Nike believes in crazy dreams and in honor of Dirk Nowitzki and his extraordinary achievement have created a customized Air Force 1 design for the German basketball star. Israel Mateo, designer at the NIKEiD studio of the stand-alone store “21 Mercer” in New York, has personalized for Dirk Nowitzki NIKE’s most celebrated basketball shoe inspired by details that symbolize his triumph: the colors of his team, his famed basketball signature move, the so called “fadeaway,” his shirt number and the date on which he became world champion.

And because such a special shoe does not belong in an ordinary box, the “Dreambox,” was created: made by hand with wood from a basketball court and engraved with Nike’s message to Dirk and every athlete who has a body: “All dreams are crazy until they come true. Dirk did it.”

The presentation of the Nike Bespoke iD design for Dirk Nowitzki was equally as exclusive: fans with dreams as crazy as Dirk’s were sought out via Facebook, and thousands participated. The dream that came true in the end was Alexander’s, a 19 year-old basketball fan from Frankfurt/Germany. He couldn’t wait to take his hero on, on court: “I want to play Dirk in one on one.” Alexander won and Nike sent him on his voyage to Dallas to present the inspired Air force 1 and compete one-on-one with Dirk Nowitzki.

Their meeting and the presentation of the Nike Bespoke iD design for Dirk Nowitzki were recorded in this video:

Retail customers can have their individual Nike Sneaker designed at www.NIKEiD.com

New York’s “21 Mercer” is the only shop world-wide that has its own NIKEiD studio, where selected Nike classics can be configured according to the customer’s wishes. And with Bespoke, Mercer 21 also offers its customers a unique and totally exclusive type of customizing: a unique, custom-made Premium Sneaker can be designed through a personal appointment. The Air Force 1 is a part of the Nike Bespoke program.