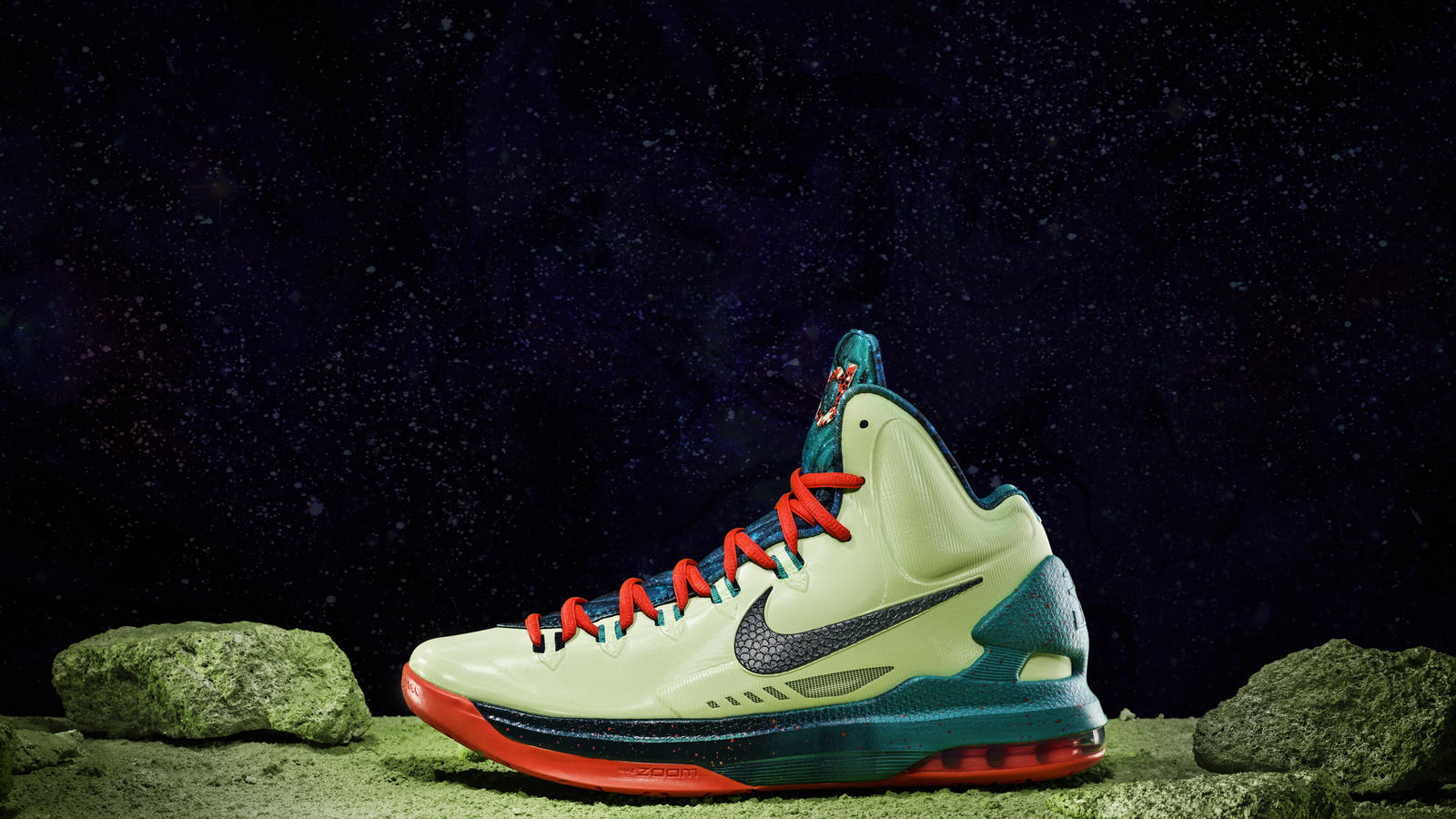 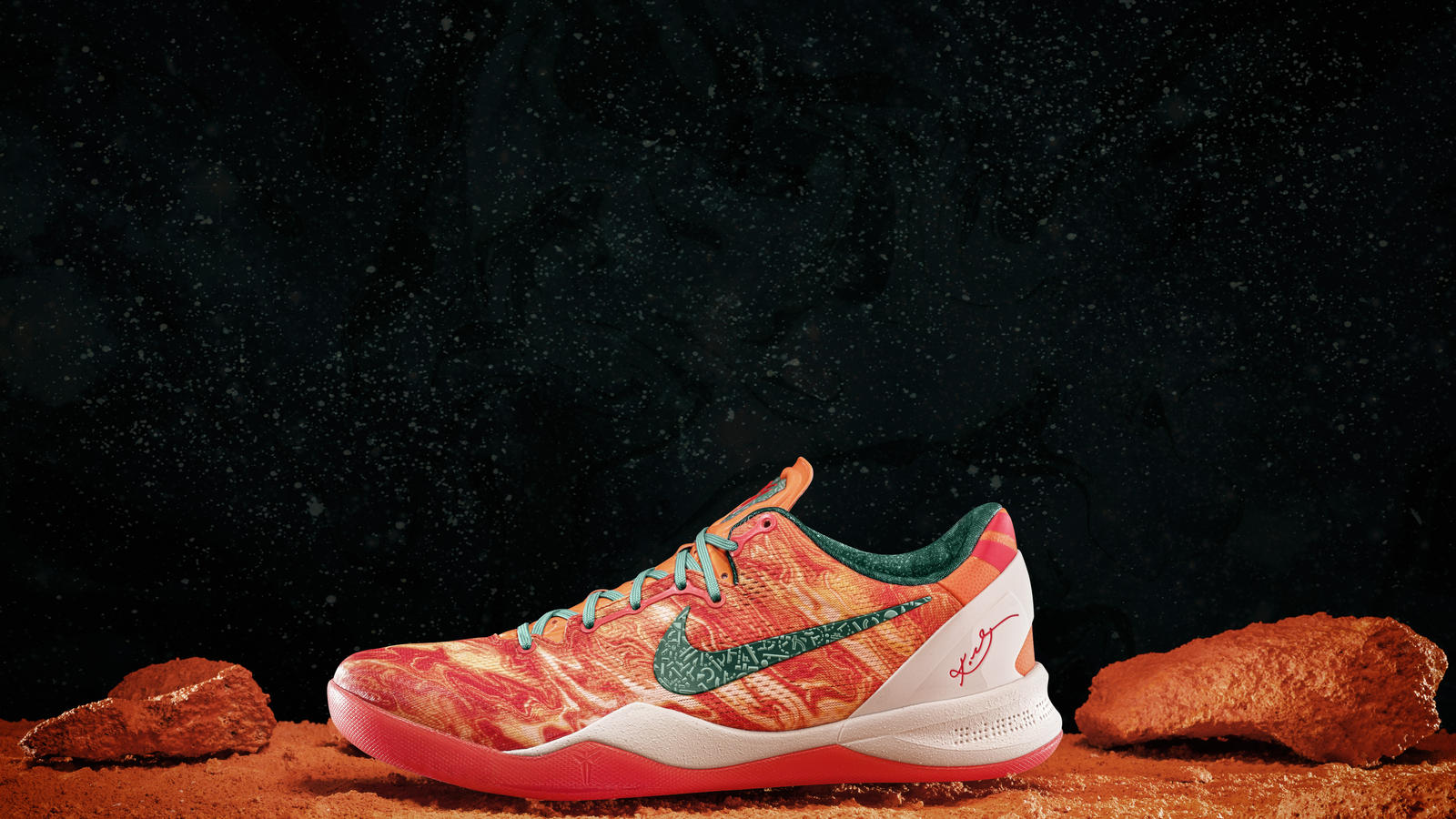 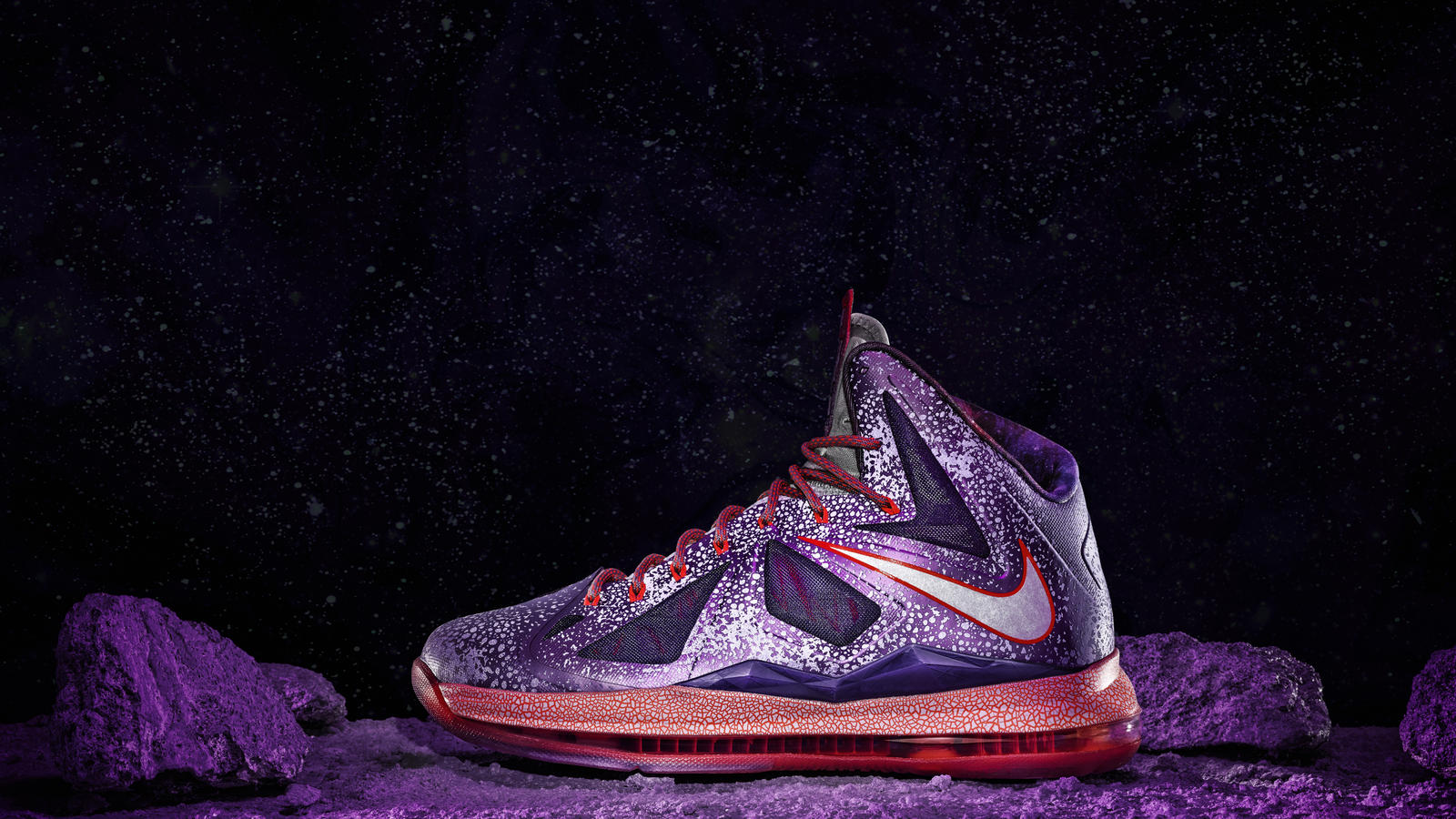 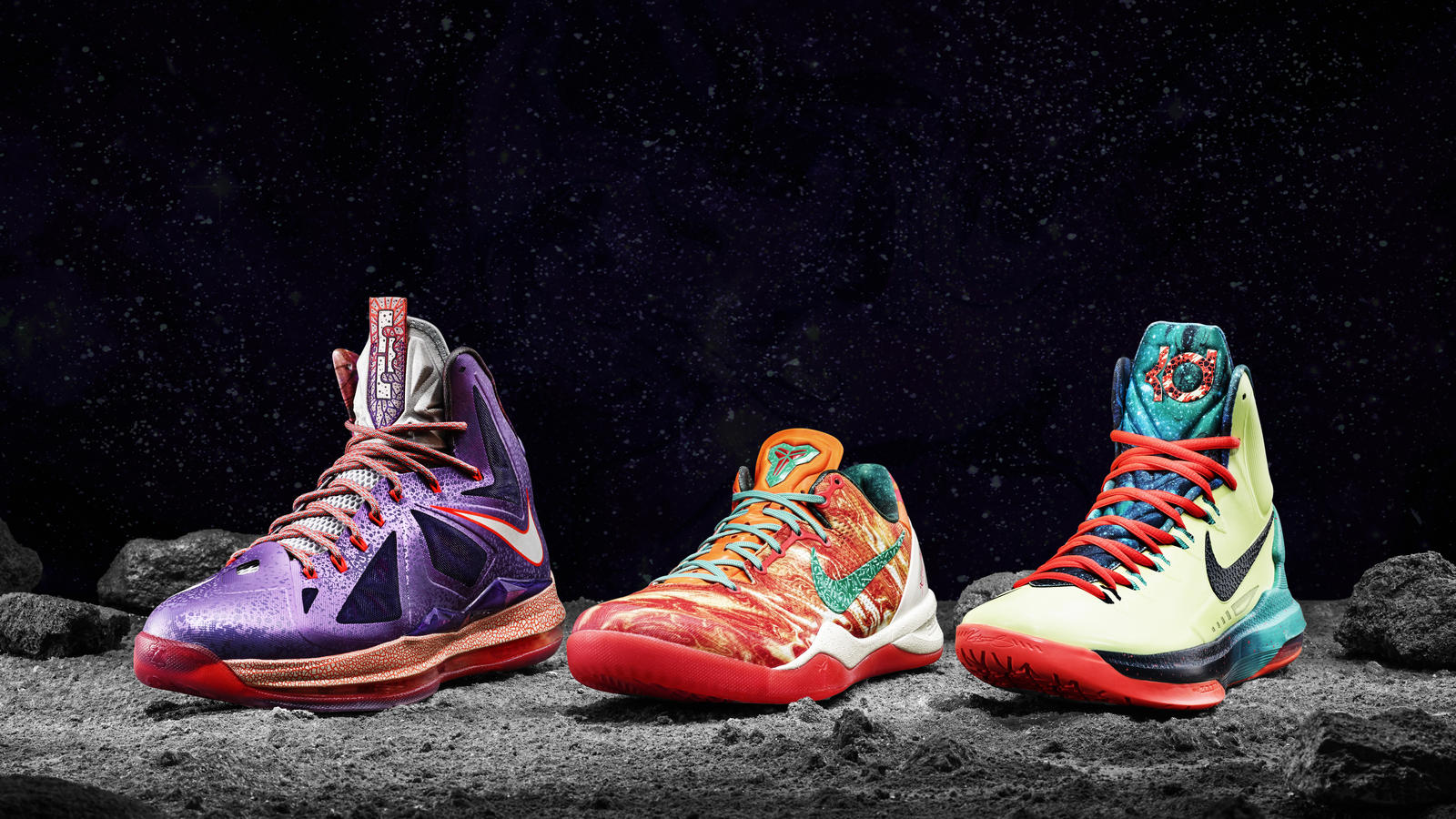 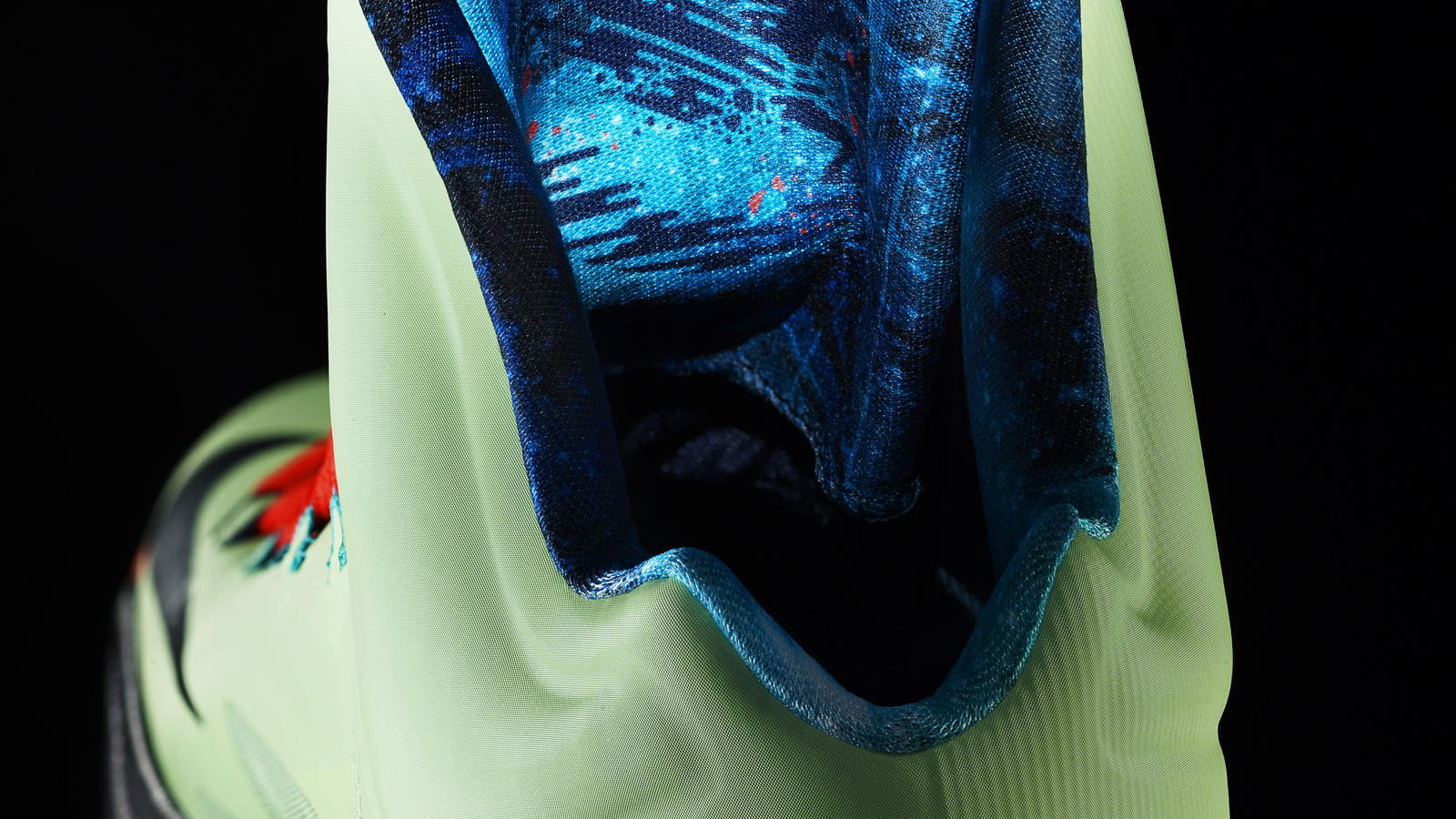 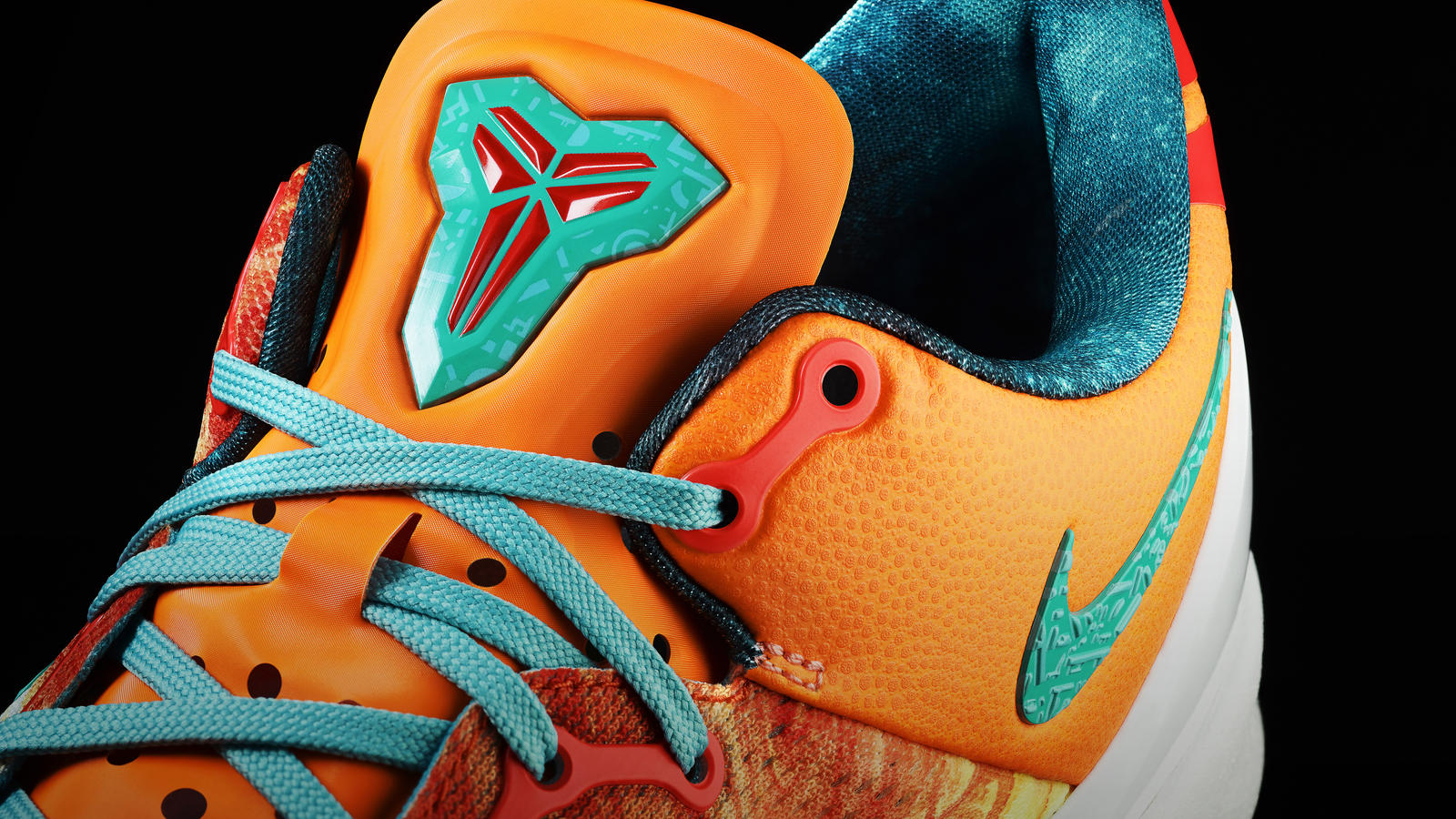 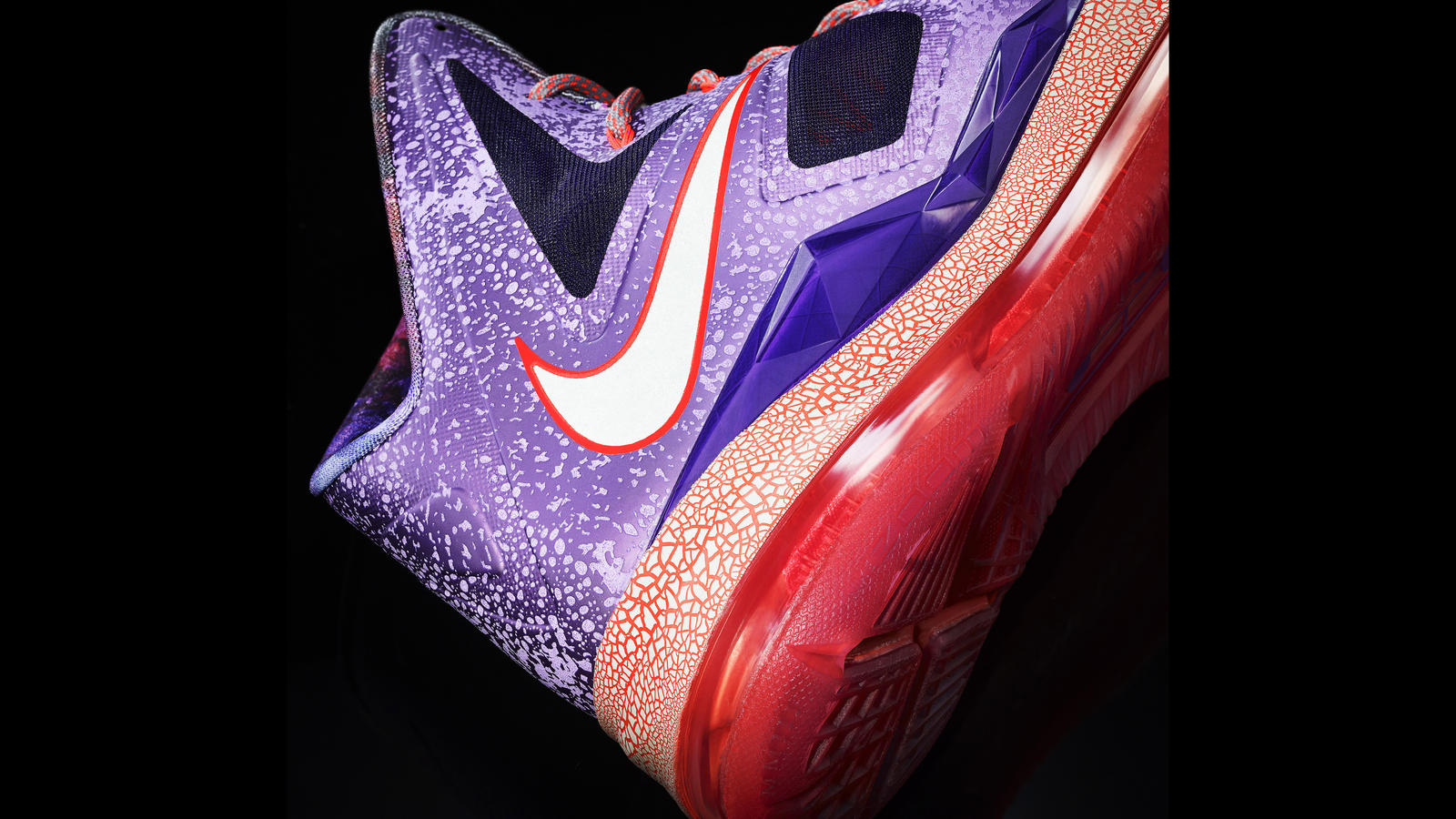 Houston, here we come with an extraterrestrial take on basketball celebrating the excellence of the sport’s midseason weekend.

Space exploration defies practical reality. To launch into space on a mission to reveal the unknown can be mind-boggling.  Extraterrestrial species, undiscovered planets, new constellations – there is no limit to the potential for discovery. These unlimited barriers also apply to Nike Basketball’s design philosophy- - no limits, no restrictions, rooted in exploration and discovery.

What began as a simple idea by members of the Nike Basketball design team has manifested itself into a creative celebration and fictional interpretation for the game’s top players during basketball’s prized weekend. Our heroes appear in a distant universe, where players are not just stars … They come to life as fictional planets on each of the three following shoes.

An indestructible force originating from fictional Nike Space Program (NSP) planet NSP-LJ6, LeBron James’ dominance was born from the volcanic surface in the planet’s mantle. He is rumored to have journeyed to earth on a meteor made of the galaxy's hardest substance – black diamonds.

Engineered to the specifications of Kobe Bryant’s Houston mission, with origins rooted on a planet marked as NSP-KB24. The Ice Mamba circles the volatile surface as guardian of the five rings. The wise veteran is known to strike with moves that leave his opponents frozen.

Built for Bryant’s lightning speed and precision, the KOBE 8 SYSTEM shoe is Nike+ Basketball enabled for the first time and this shoe also features Nike Zoom in the midsole insert. Nike Engineered Mesh upper and tactile traction complete the shoe.

Identified as Dark Matter, the biological and molecular breakdown of this figure remains a puzzle for scientists. Early readings of its origin, NSP-KD35, have sent back conflicting reports of a planet that is simultaneously solid, liquid, and gas – properties that make his game adaptable to any situation.

Joining with Bryant for their quest to lead the West to victory, this KD V shoe is designed to the specifications of Kevin Durant’s Houston mission. The KD V features the combination of Nike Zoom (forefoot) and Nike Air (heel) cushioning along with Hyperfuse upper and dynamic heel support.

The team dove into Houston’s space lineage to create a fictitious basketball universe led by Nike’s elite three players – it was an intricate, creative and fun project intended to celebrate the game’s best.

The space concept also comes to life through select Nike Basketball apparel including the Nike Hyper Elite Galaxy shorts and collection of three t-shirts for James, Bryant and Durant.

Nike Basketball has also joined forces with Nike Sportswear to create a special product collection based around Area 72, a top-secret facility where shoes take on a life of their own.