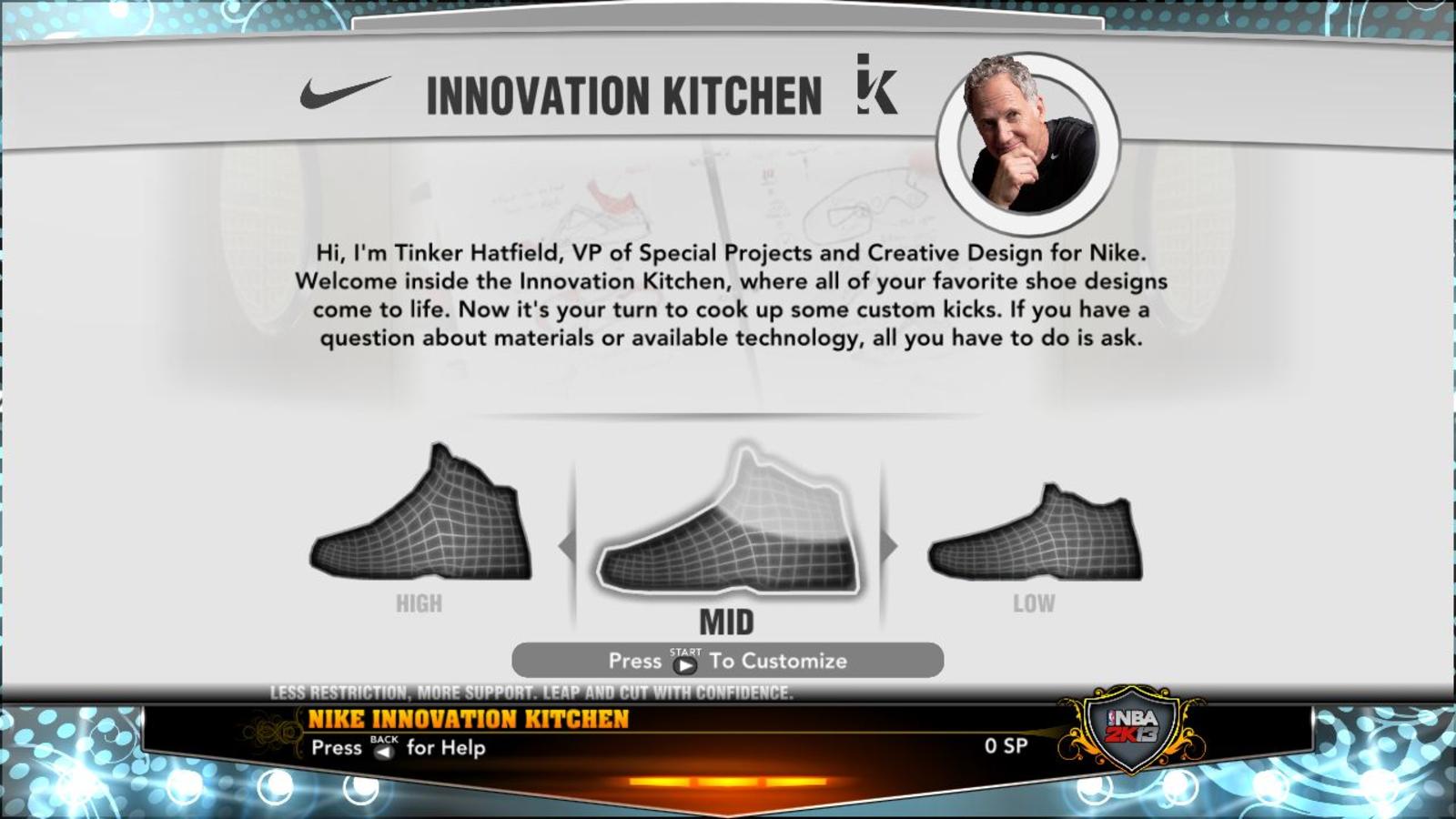 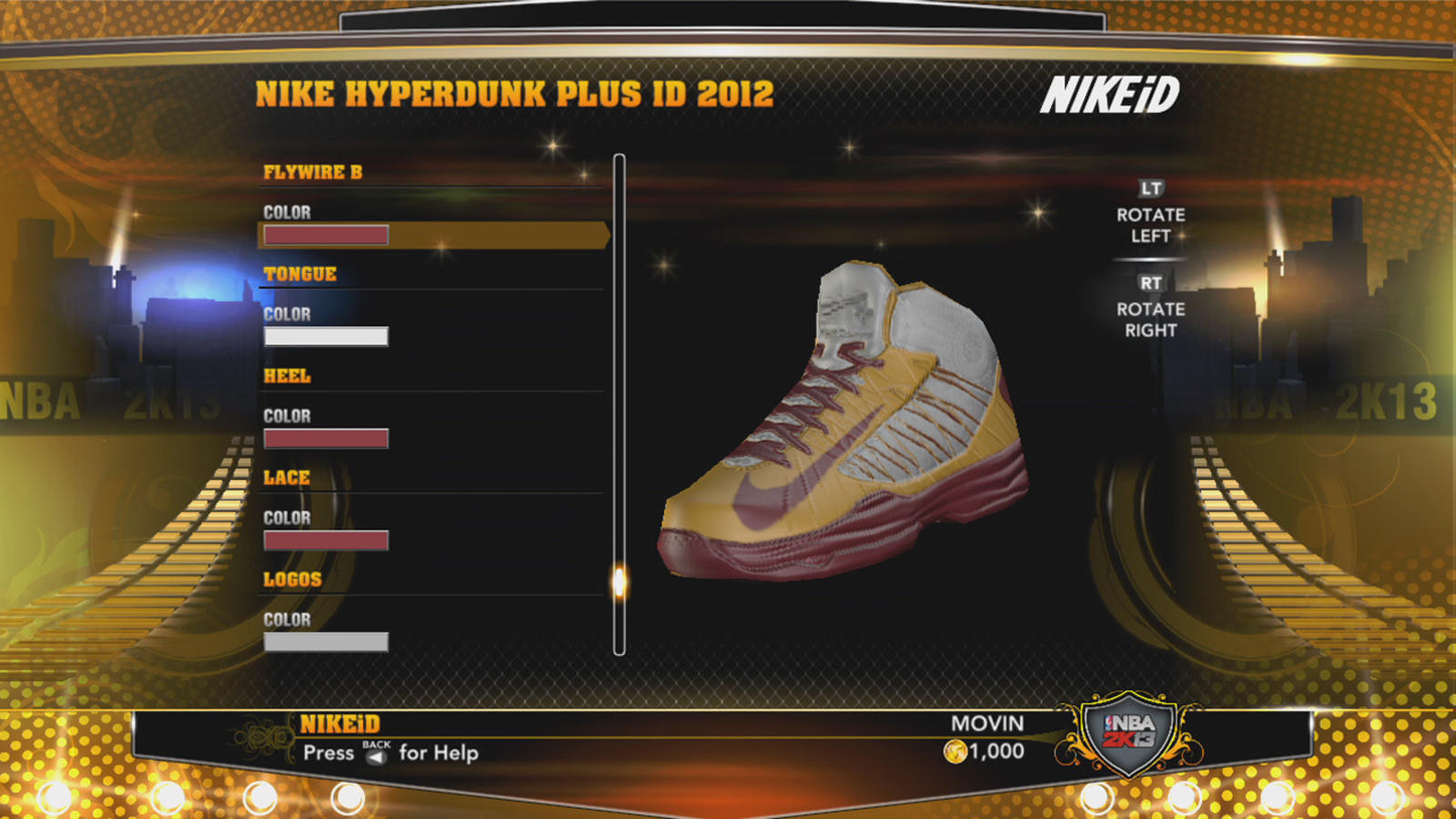 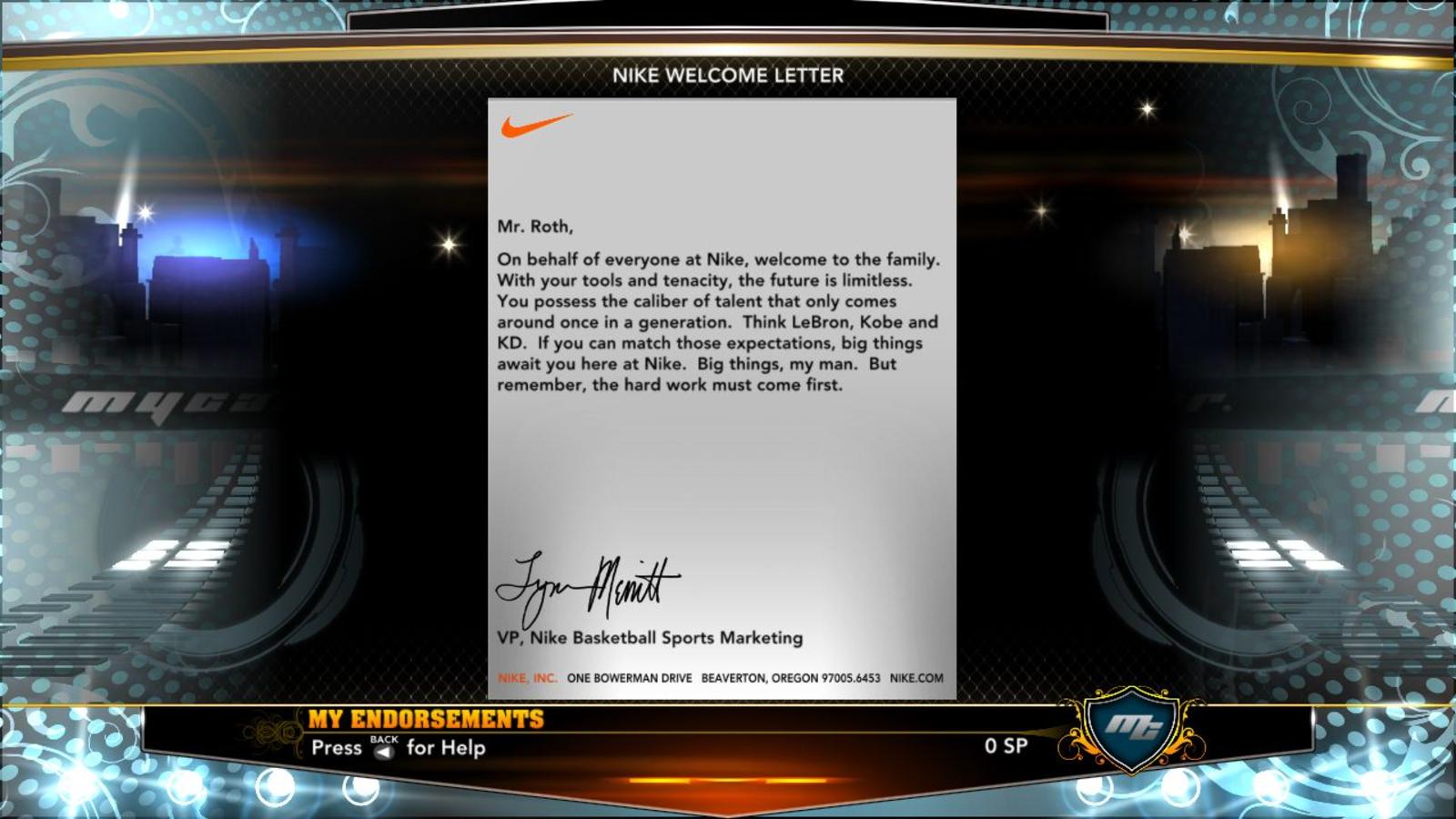 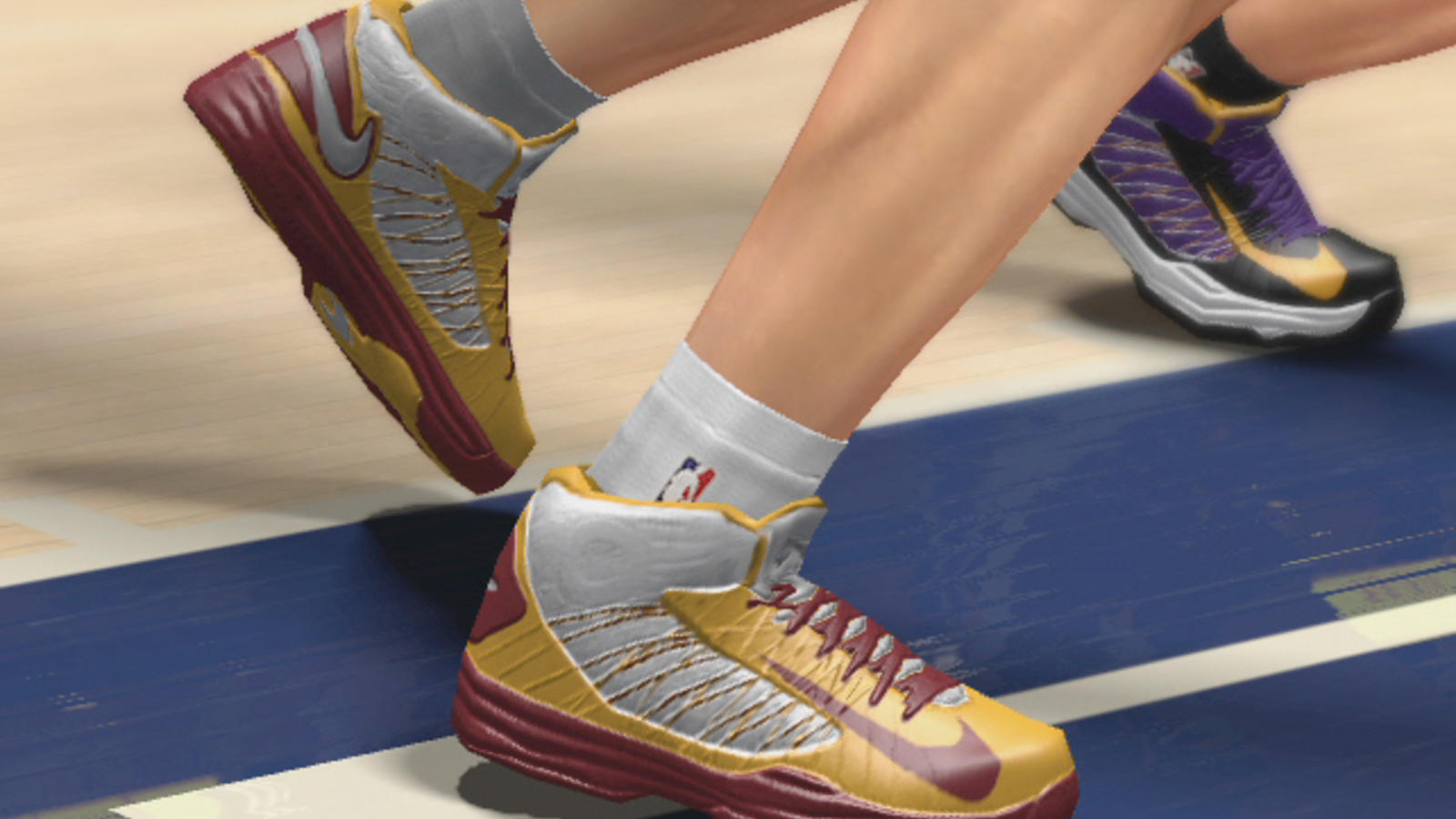 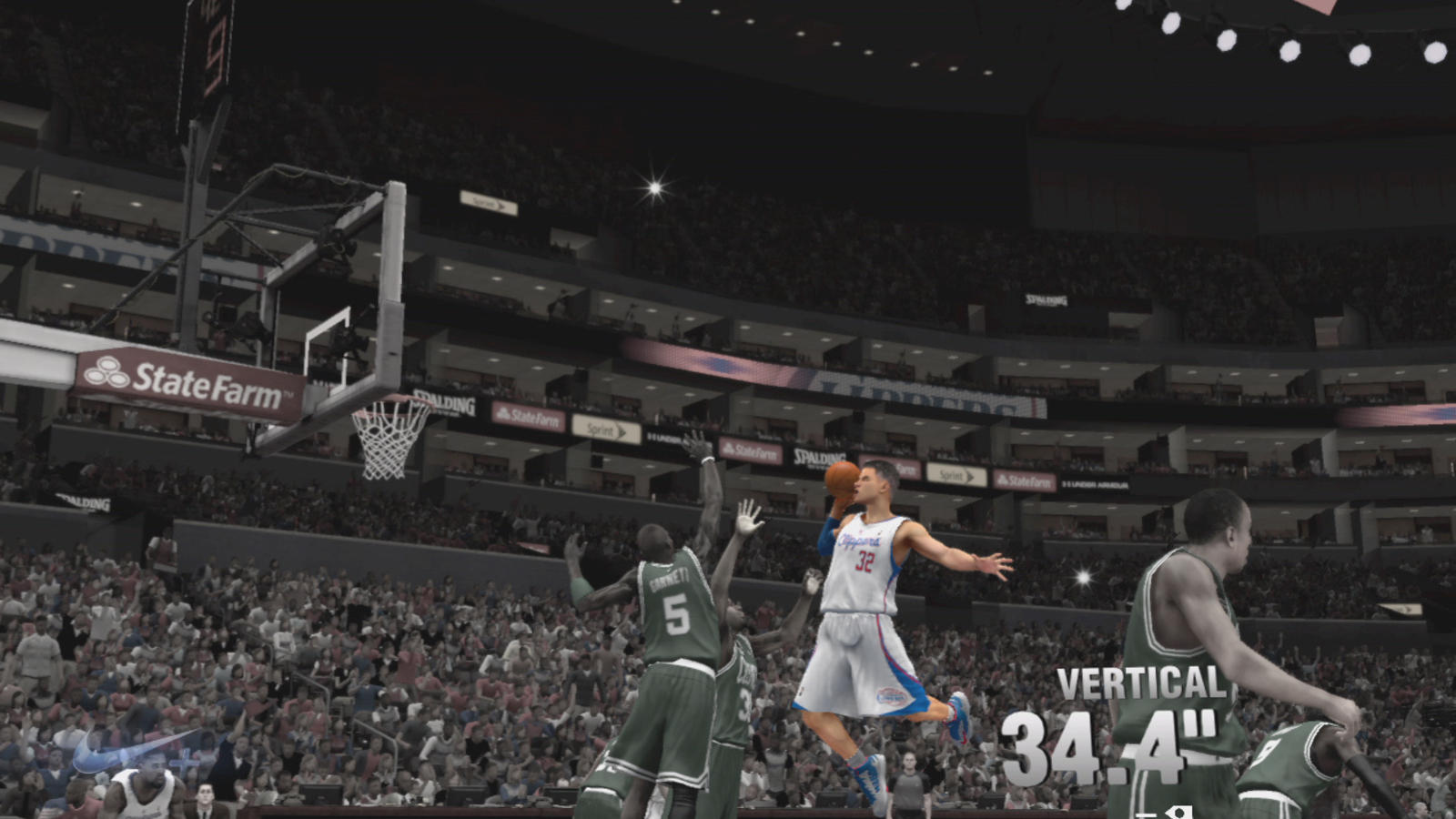 This year’s NIKEiD experience breaks new ground as players will now have the opportunity to purchase the customized shoe they create for their team. Once players choose their design they can choose to receive an email you allowing them to buy the exact version created in the game for their players and teams.

Nike Basketball’s signature shoes will be available and highlighted in the game the same day they launch, blurring the lines between the virtual and real-life product experience. Starting with the LEBRON X+, which launched in London earlier this summer, and continuing with the KOBE VIII and the KD V, each shoe will also give any athlete wearing them an exclusive in-game boost of improved performance. For example, any player wearing the LEBRON X+ will get a boost for their 'dunk' attribute.

Nike+ Basketball is also integrated into the game. If your athlete is wearing a Nike+ enabled shoe you will be in for a treat when you view replays of your dunks. As in Nike+ Basketball's Showcase Mode, which allows you to overlay videos with Nike+ information such as jump height, each reply will show you how high your player made it off the ground before putting it home.

Nike Basketball and the Jordan Brand are an integral part of the player’s story in NBA 2K13. Once you've been drafted and impressed in some games in ‘My Career’ mode, you will be presented with the opportunity to sign with Nike or the Jordan Brand. From that point on your growth story will include correspondence with your chosen brand. Billboards, TV commercials and even signature shoes are things players can look forward to as their career develops.

The most exciting development in this year’s integration is revealed for those who reach the top and are crowned league MVP. At this point the player will be brought into a virtual recreation of Nike's legendary Innovation Kitchen -- the top-secret lab where some of the basketball world's greatest innovations have been born. As in real life, entry to this space is earned, not given. Within the virtual 'Kitchen' users will be able to create their signature shoe with the help of Tinker Hatfield, learning about some of Nike’s latest performance technology including Nike Flywire and Lunarlon. As a sign of this shoe's superiority over others the athlete will be given significant attribute boosts to give the user an advantage over the opposition.

Shortly after the shoe is created, an in-game media campaign launches in support of the release of the shoe. The campaign features the player and shoe on in-game magazine covers, billboards and commercials as well as in game commentary.