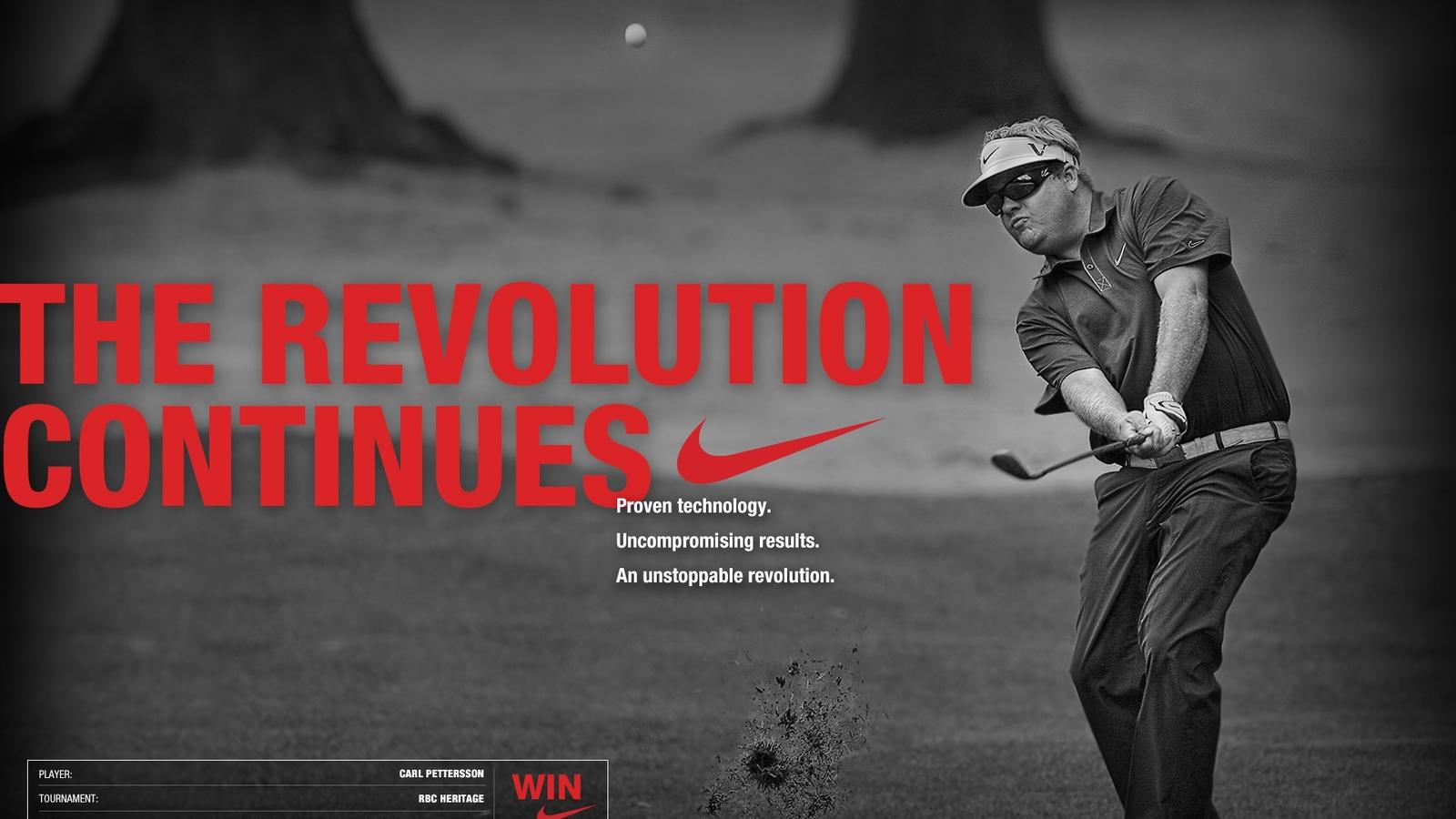 BEAVERTON, Ore. (April 16, 2012)– It was a successful weekend for Nike Golf as athletes Carl Pettersson and Carly Booth secure wins at the RBC Heritage and the Dinard Ladies Open, respectively.

Pettersson’s performance was solid throughout the entire tournament, making major moves in the second round with a 6-under par, 65. He secured his victory with a 69 in the final round to win the tournament by a five-stroke margin.

Using the revolutionary Nike 20XI S golf ball and a Nike Method Prototype long putter, Pettersson was ranked first in greens in regulation, putts per green in regulation, as well as birdies for the tournament.

“The 20XI S has given me great consistency and great feel around the greens,” said Pettersson. “I have also gained 10-15 yards off the tee with this golf ball.”

When asked if he had changed anything in his equipment, Pettersson said:  “I put in a new putter.  I've used it on and off before.  It's a Nike Method long putter, and I used it in Houston, finished second there.  I putted well all week.  So it puts a nice roll on it.”

Rounding out Pettersson’s bag were clubs from the VR franchise, including a 4-iron from Nike’s new VR_S line.

Also etching a win in the record books as a Nike athlete was Carly Booth, who recorded her first professional victory in France at the Dinard Ladies Open on the Ladies European Tour Access Series developmental tour. Sinking birdies with a Nike Method 003 putter and the 20XI X ball, the 19-year-old stormed the leaderboard on the back nine of the final round. With a stunning final round performance, Booth put herself in playoff position, winning the tournament on the first playoff hole.

Located at NIKE’s World Headquarters in Beaverton, Oregon, Nike Golf designs and markets golf equipment, apparel, balls, footwear, bags and accessories worldwide. Nike Golf is passionately dedicated to ushering in the future of this great sport by developing ground-breaking innovations that enable and inspire athletes to become better.  For more information on Nike Golf, visit our Web site at www.nikegolf.com .  To follow Nike Golf on Twitter visit www.twitter.com/nikegolf and to become a fan on facebook go to www.facebook.com/nikegolf .  To view Nike Golf videos subscribe to our You Tube channel at www.youtube.com/nikegolf .  Editors and journalists in the U.S. seeking editorial information and downloadable images, visit www.nikegolf.com/presscenter.   For international journalists, please contact Nike Golf's public relations representative in respective countries for information.