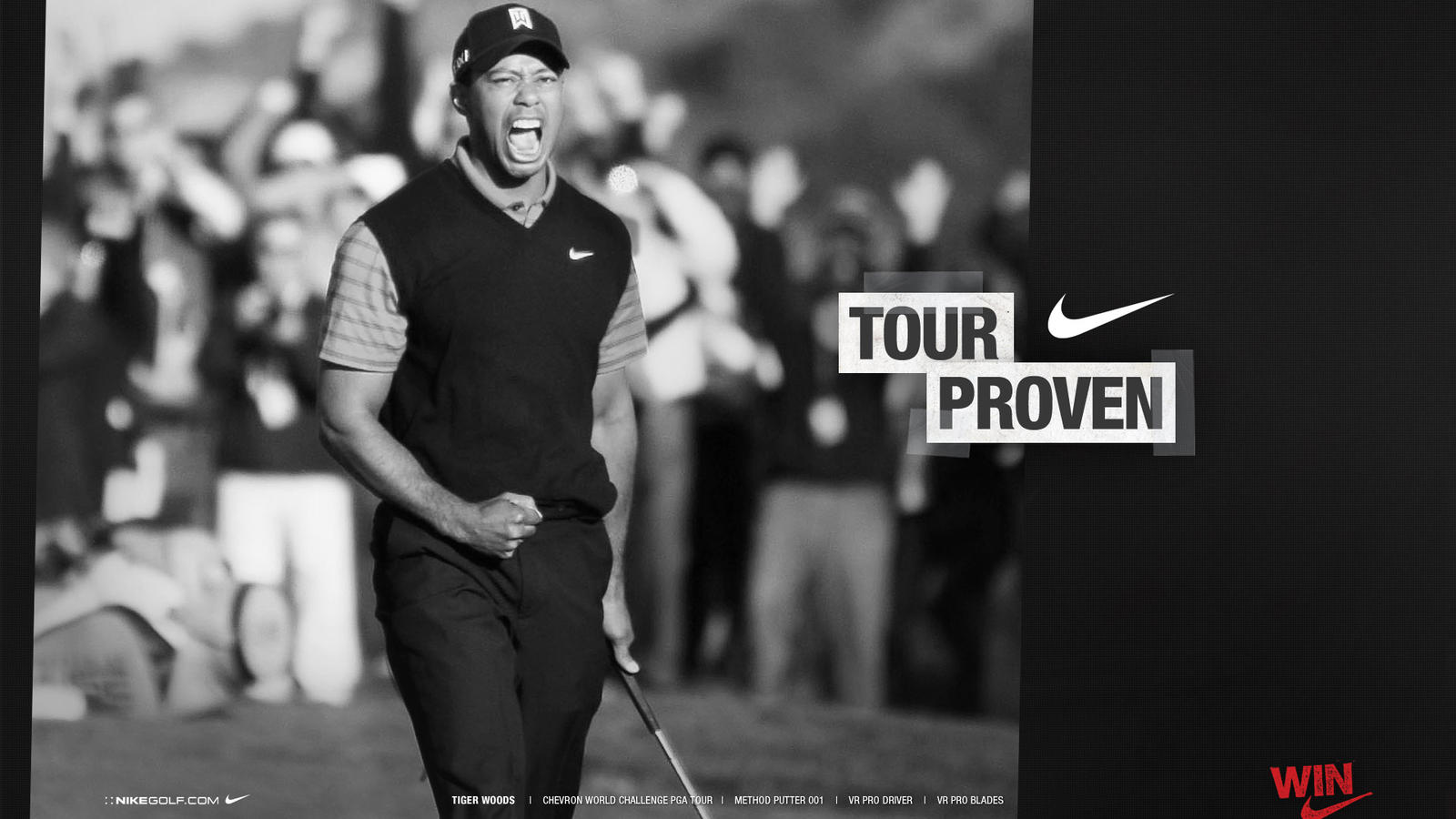 BEAVERTON, Ore. (December 5, 2011) – Nike athlete Tiger Woods is back in the winners’ circle with a win at the Chevron World Challenge that came in a stunning dramatic “Tiger-like” fashion.

With two holes left to play in the final round, Woods needed a critical birdie putt on the 17th to tie and another one on the 18th to win. He accomplished both by making the 15-foot birdie putt on 17 and a 10-footer to seal his victory on 18, using his Nike Method 001 putter.  This marks his first win with the Nike Method putter and the 36th Method victory for Nike Golf on the worldwide professional tours.

With 14 Nike Golf clubs in his bag, Woods was also pleased with his iron play with his Nike VR Pro Blades.

“My iron play was pretty steady all week,” said Woods. “But I think that I hit two really good iron shots in the last two holes, which was nice.  I made two good putts, too.”

On the body, Tiger wore Nike Golf apparel from the Tiger Woods Collection as well as the new Nike TW Free-inspired prototype golf shoes that emphasize natural motion in the feet.  These Nike prototype shoes will become available in late Spring of 2012.

Another Nike athlete emerged at the top of the leaderboard -- Paul Casey.  Casey made an amazing comeback after shooting 79 in the first round by charging up the leaderboard to finish in solo third position after posting three rounds in the 60’s from the second round on to finish.

Located in Beaverton, Oregon, Nike Golf designs and markets golf equipment, apparel, balls, footwear, bags and accessories worldwide. Nike Golf is passionately dedicated to ushering in the future of this great game by developing ground-breaking innovations that enable athletes to perform at their physical and mental peak.  For more information on Nike Golf, visit our Web site at www.nikegolf.com.  To follow Nike Golf on Twitter visit www.twitter.com/nikegolf and go to www.facebook.com/nikegolf to become a fan on Facebook.  Editors and journalists in the U.S. seeking editorial information and downloadable images, visit www.nikegolf.com/presscenter.  For international journalists, please contact Nike Golf's public relations representative in respective countries for information.