In 2003, a young Cristiano Ronaldo signed with Nike. In the years since, he has worn more than 60 different Nike Mercurial boots, scoring goals, breaking records, and amassing trophies along the way. The successful partnership between Nike and Ronaldo will continue well into the future with a new, long-term contract.

“I have a great relationship with this brand, I have great friends here in the company,” says Ronaldo. “We work as a family too,” he adds. “This is my brand.”

Ronaldo is having yet another incredible year, for both club and country, and is unquestionably an icon of the game. He transcends football and is the most popular athlete on social media and the most famous athlete in the world.

Ronaldo’s extensive feedback and insights have helped Nike’s design team on numerous products, especially the Mercurial Superfly boots that he wears. His commitment to fitness has also informed Nike’s training products, while his style is regularly on display in Nike Sportswear. Notably, of all of the athletes in the Nike family, it was Cristiano Ronaldo who was the first to don the new HyperAdapt 1.0 shoes.

But Ronaldo will always be best known for the incredible goals he has scored in Nike Mercurial boots. A timeline highlighting many of those boots and moments appears below. 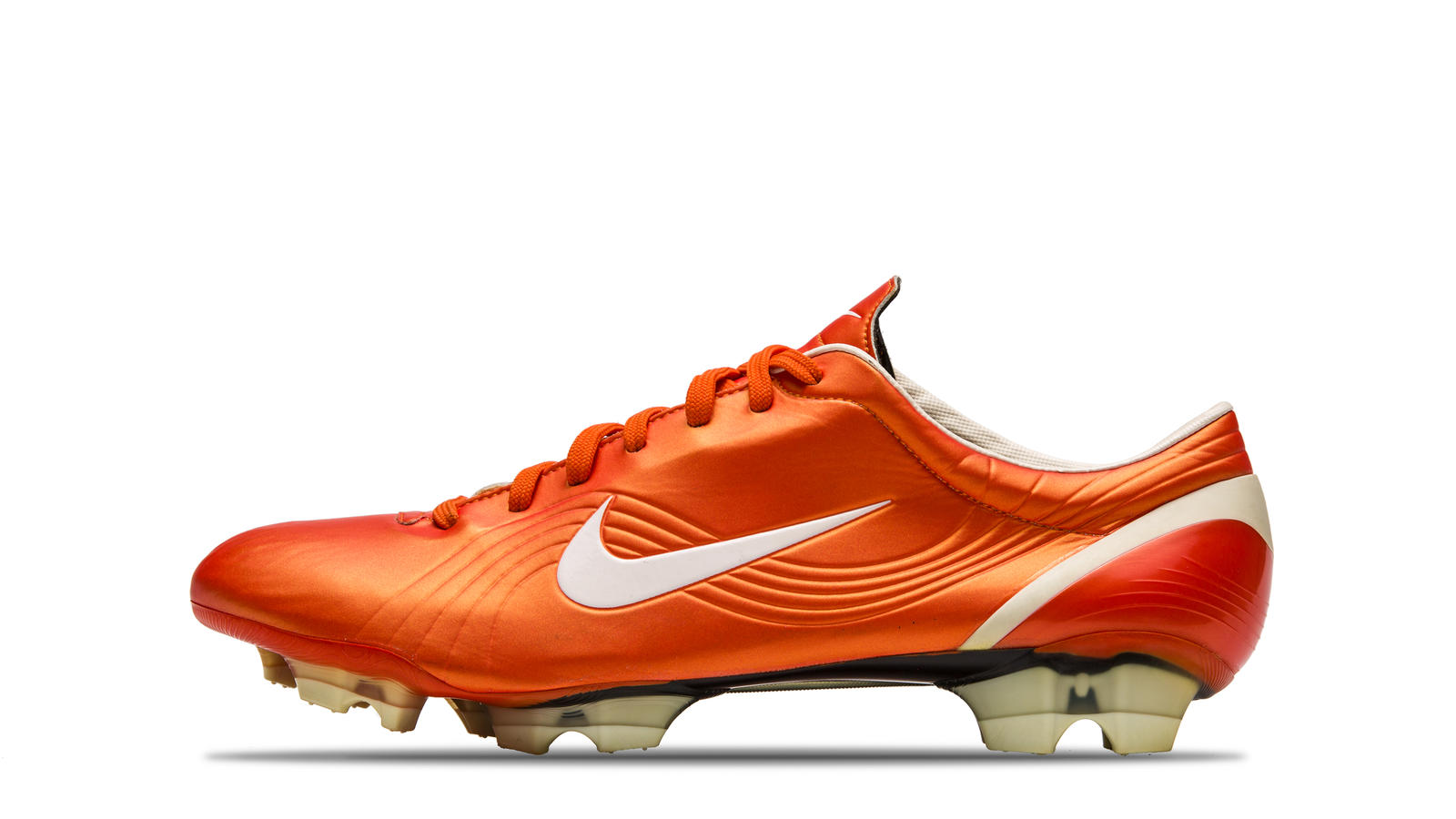 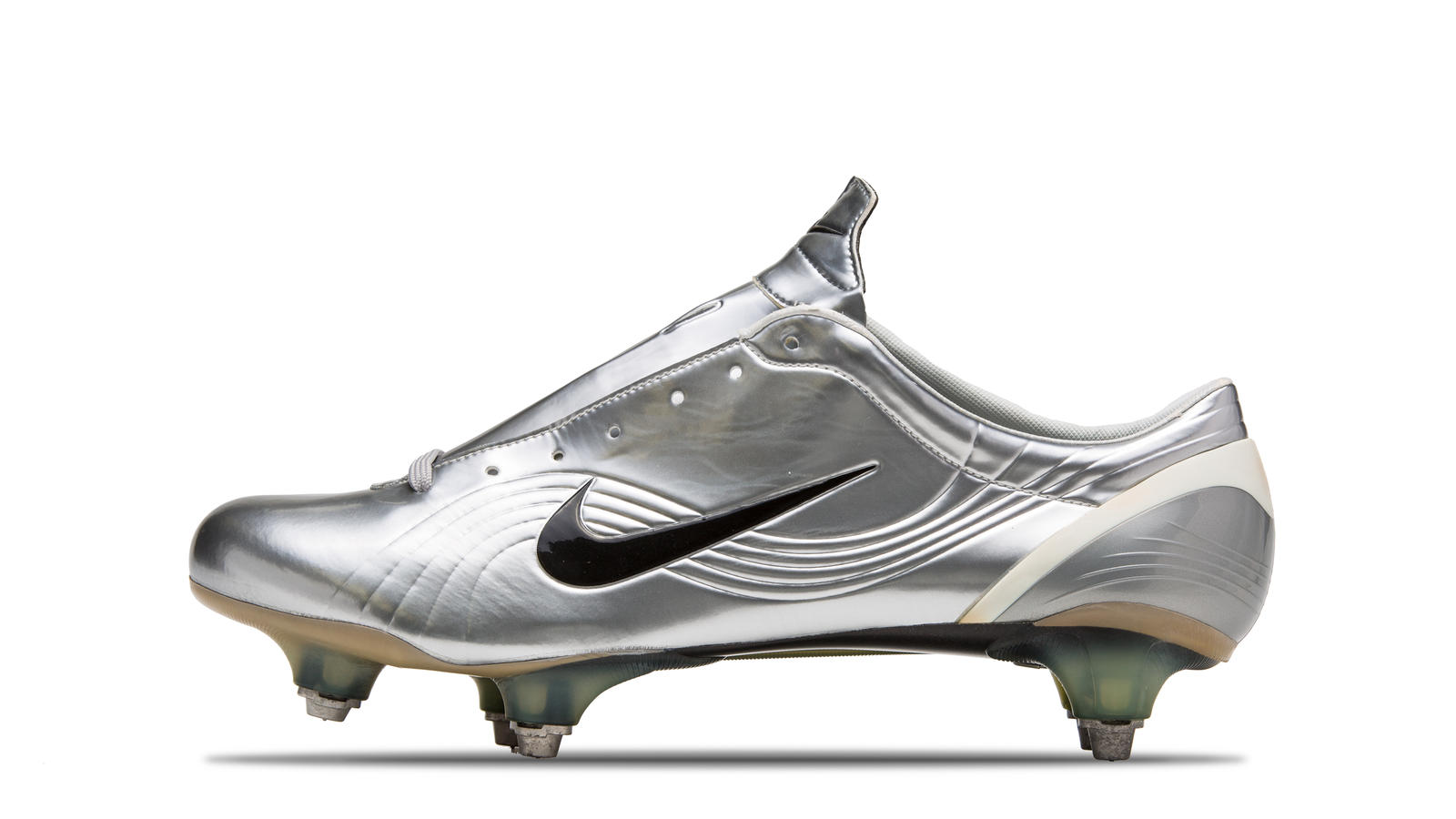 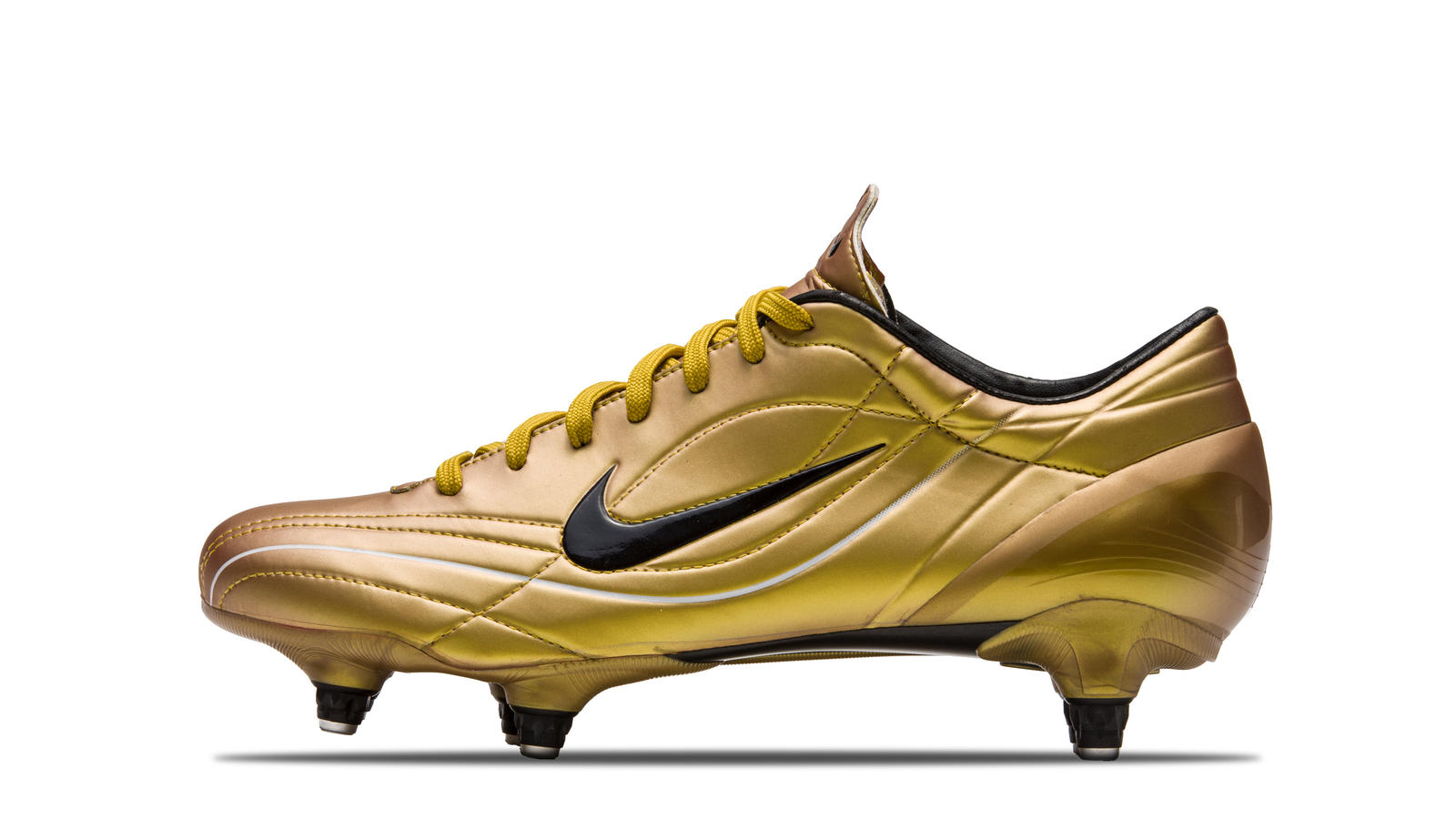 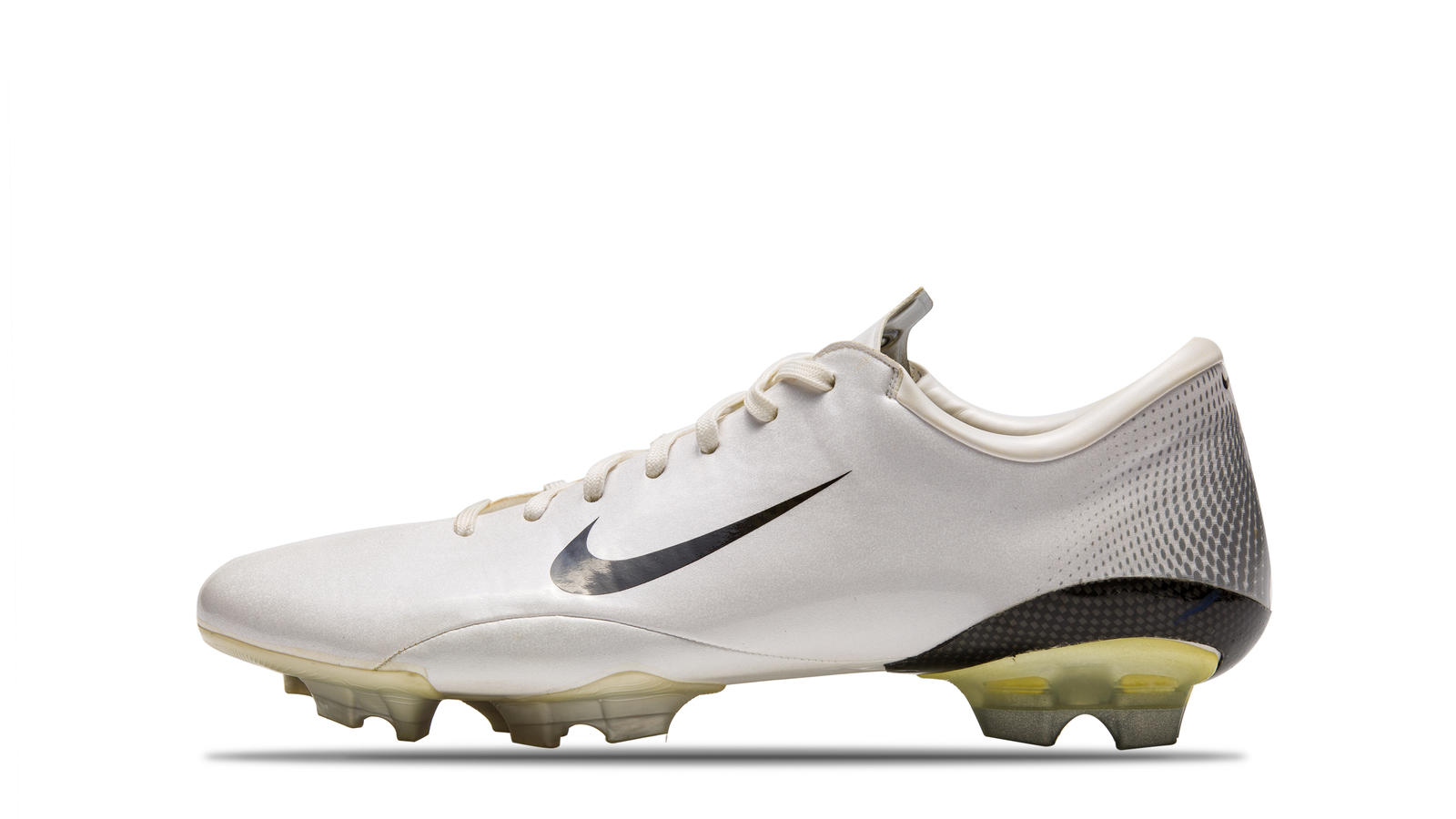 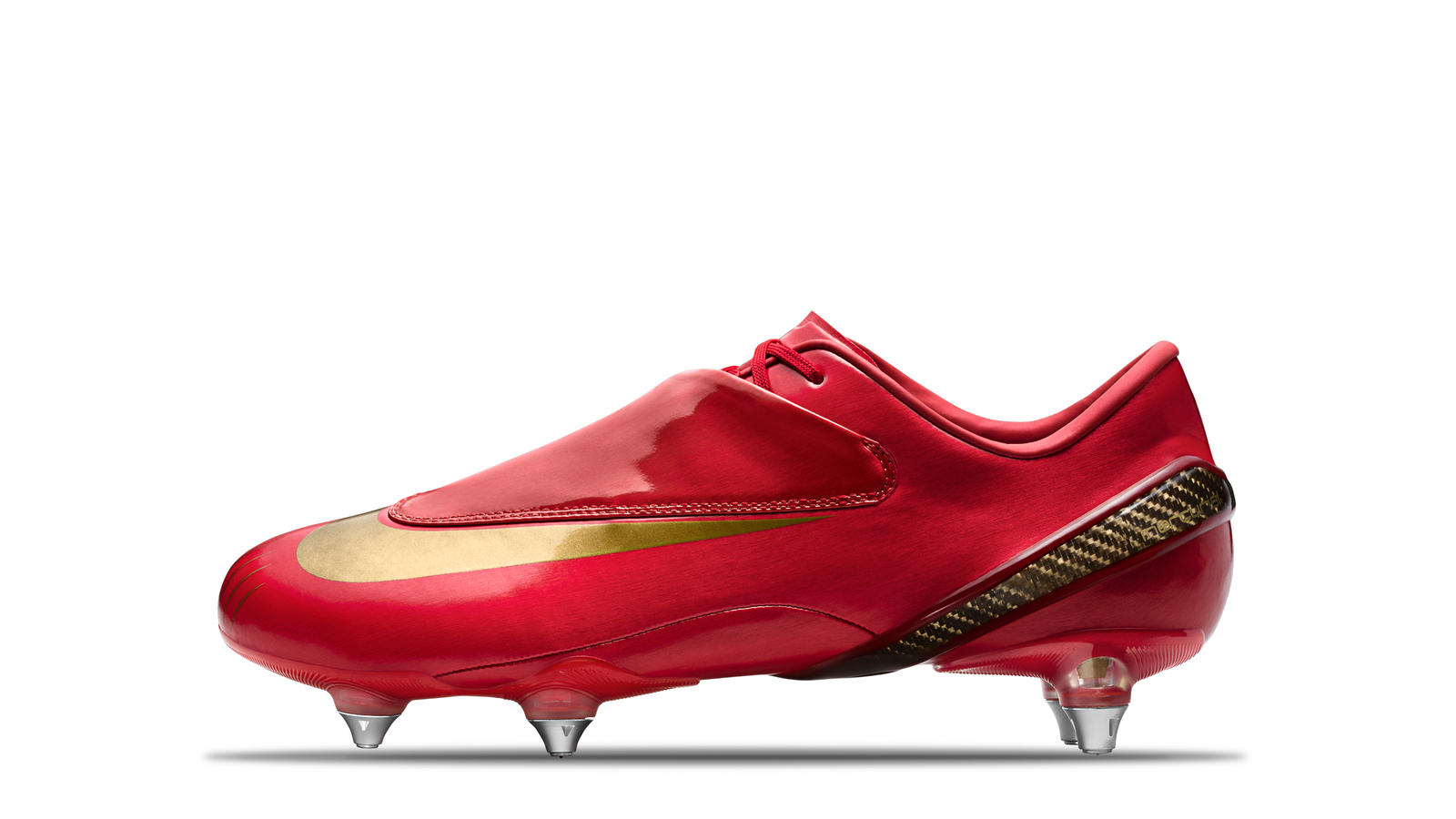 2008 MERCURIAL VAPOR IV SL - Scores and wins his second Premier League title with Manchester on the final day of the season. 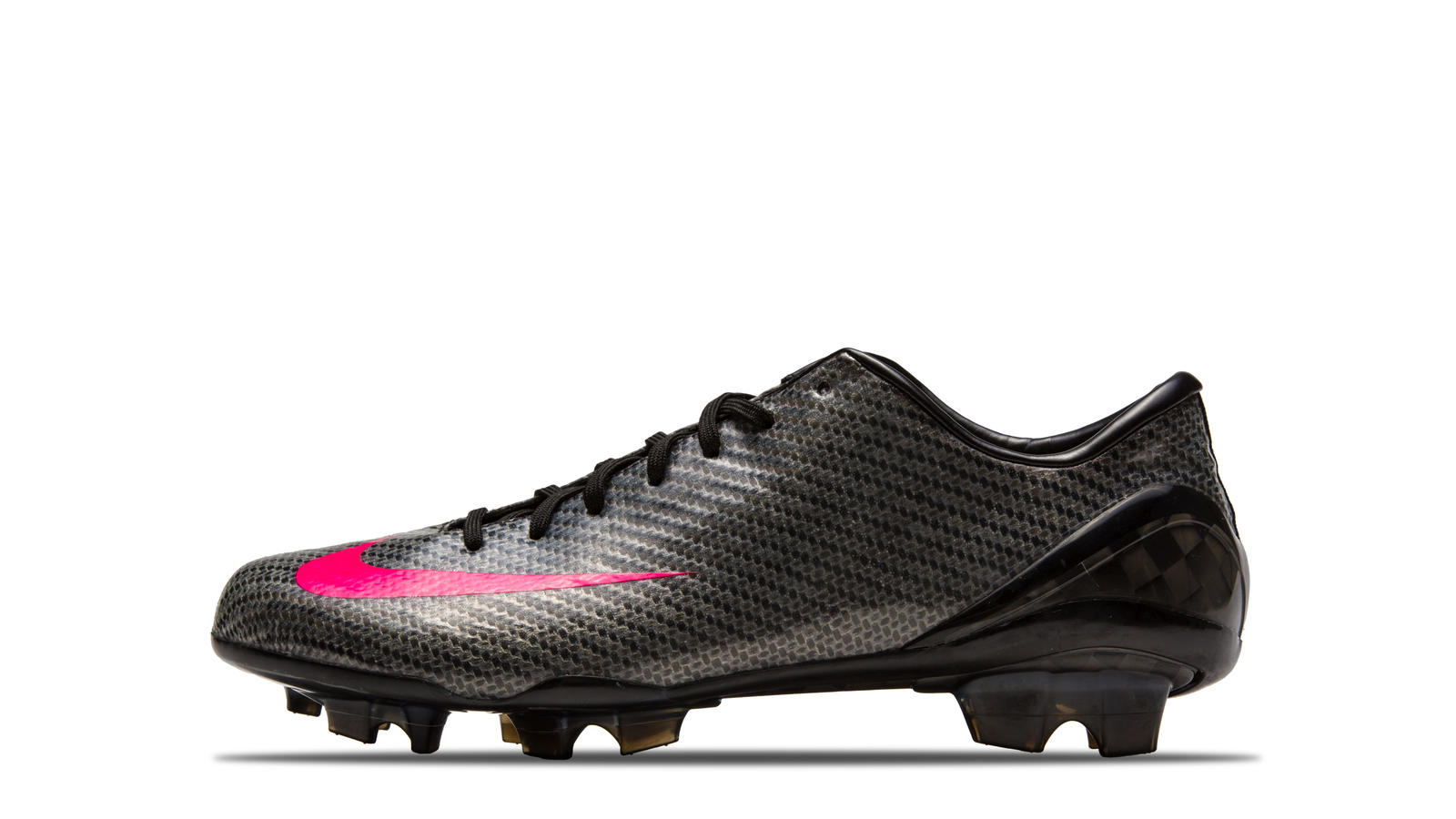 2008 MERCURIAL VAPOR SL - In this boot made entirely of carbon fiber, he scores in the UEFA Champions League final and wins his first continental cup with Manchester. 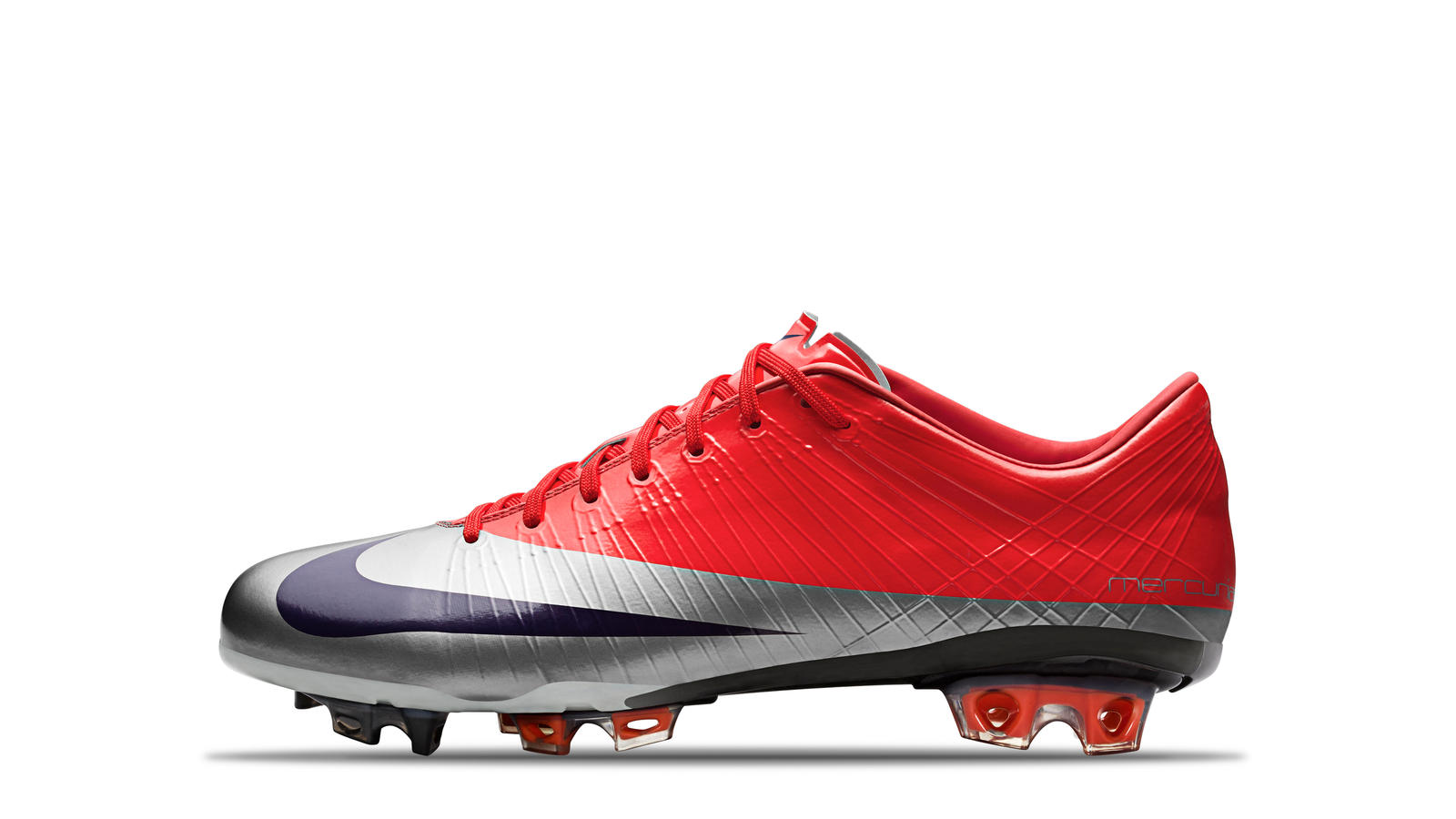 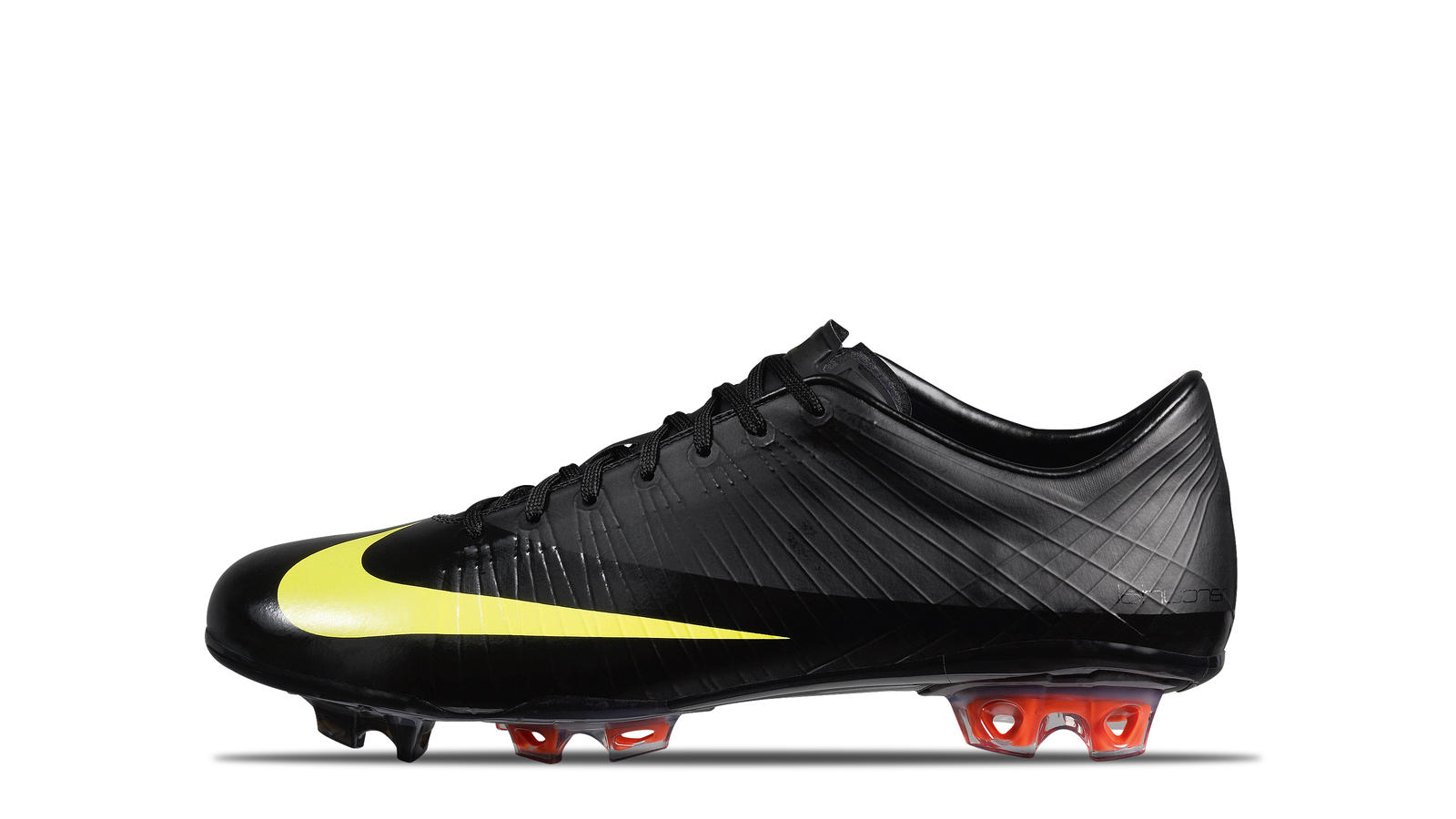 2009 MERCURIAL VAPOR SUPERFLY - Signs with Real Madrid and debuts with a goal. On Sept. 15, he converts two free kicks in his first UEFA Champions League game with Madrid. He goes on to become the first ever player to score in his first four La Liga appearances. 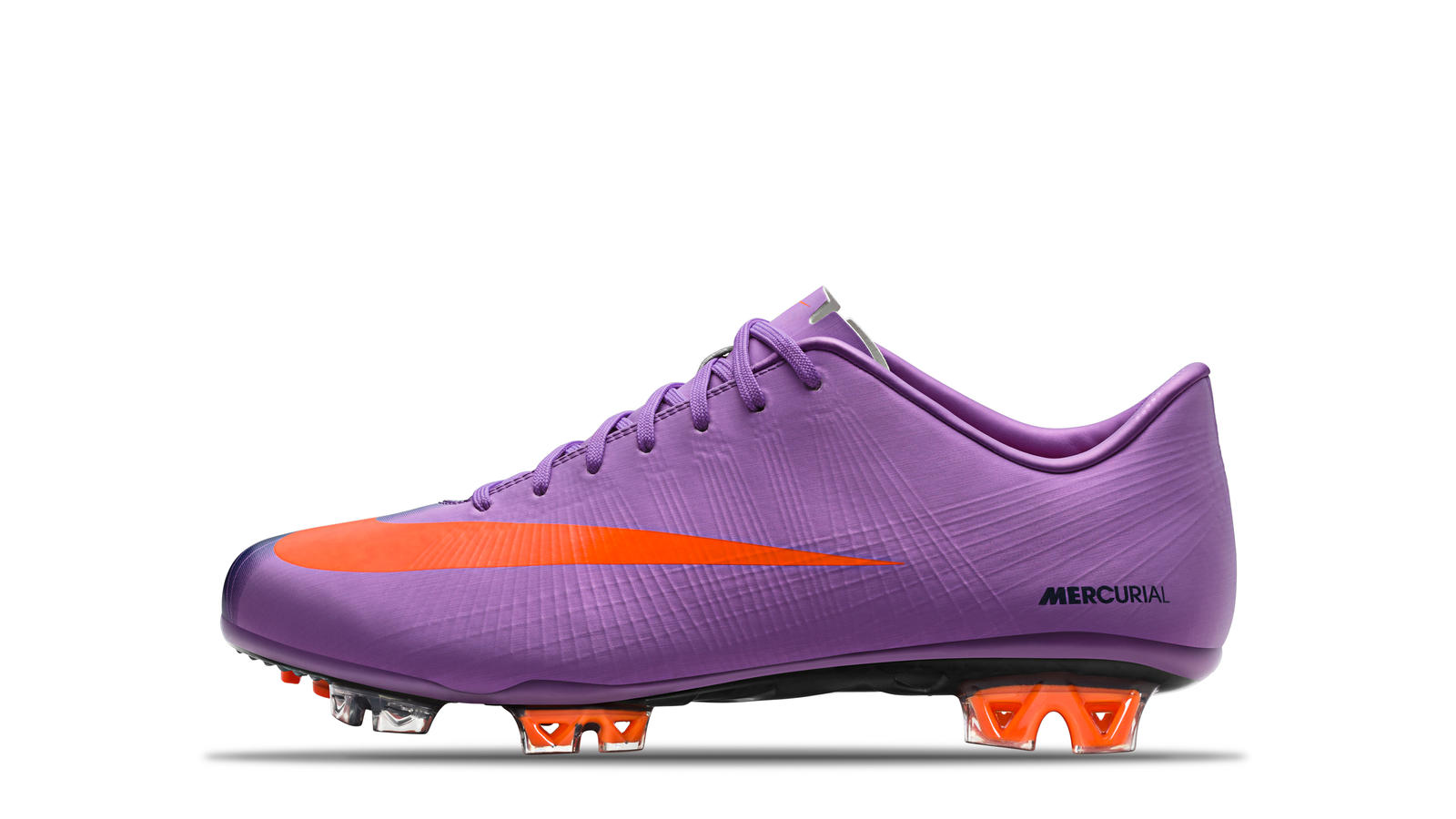 2010 MERCURIAL SUPERFLY II - Wears the second release of the Superfly series on pitch for the first time in March 2010, during a 3-2 derby victory. 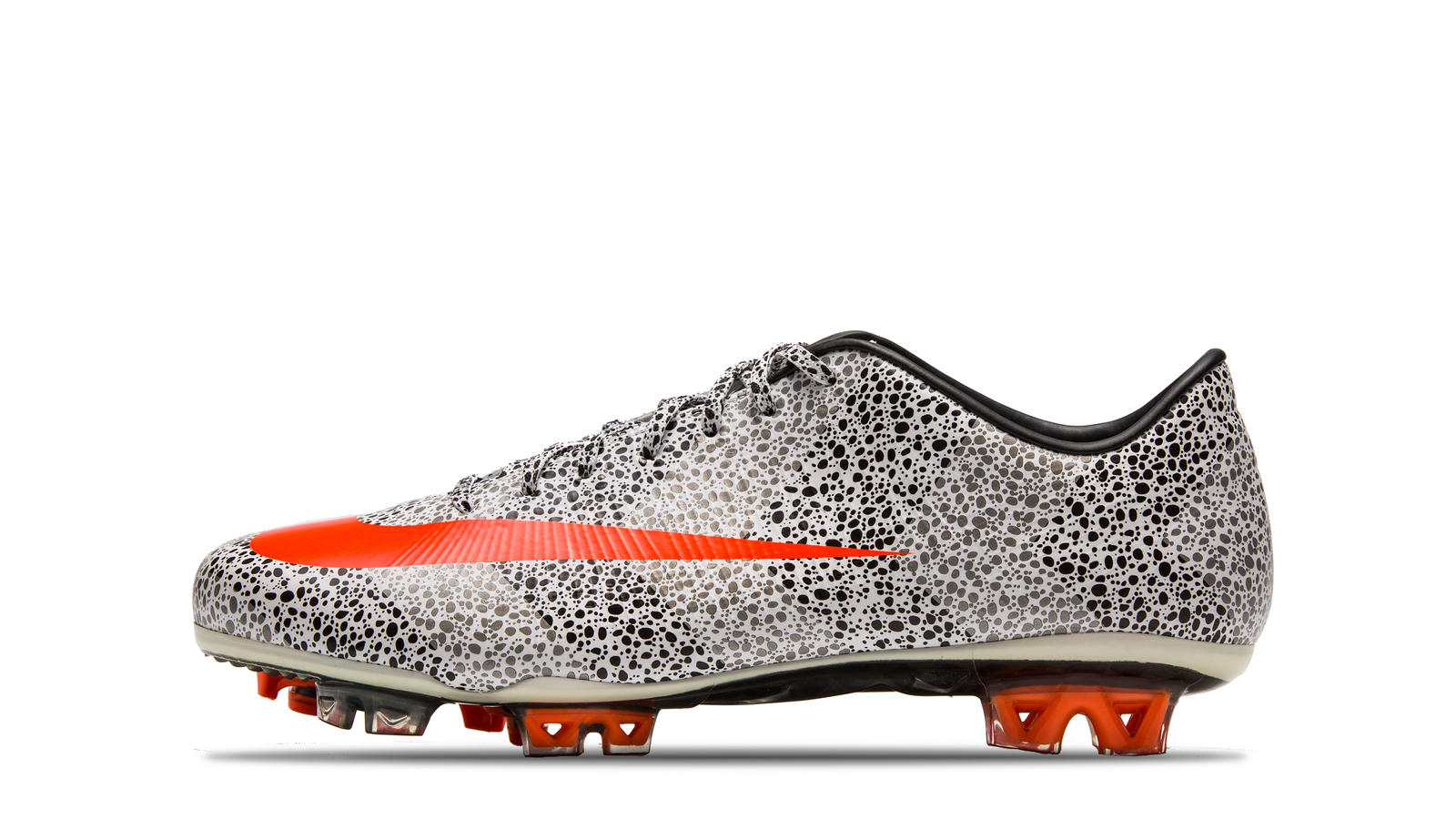 2010 MERCURIAL VAPOR SUPERFLY II CR - Debuts his first signature boot, goes on to score a total of 19 goals in this colorway. 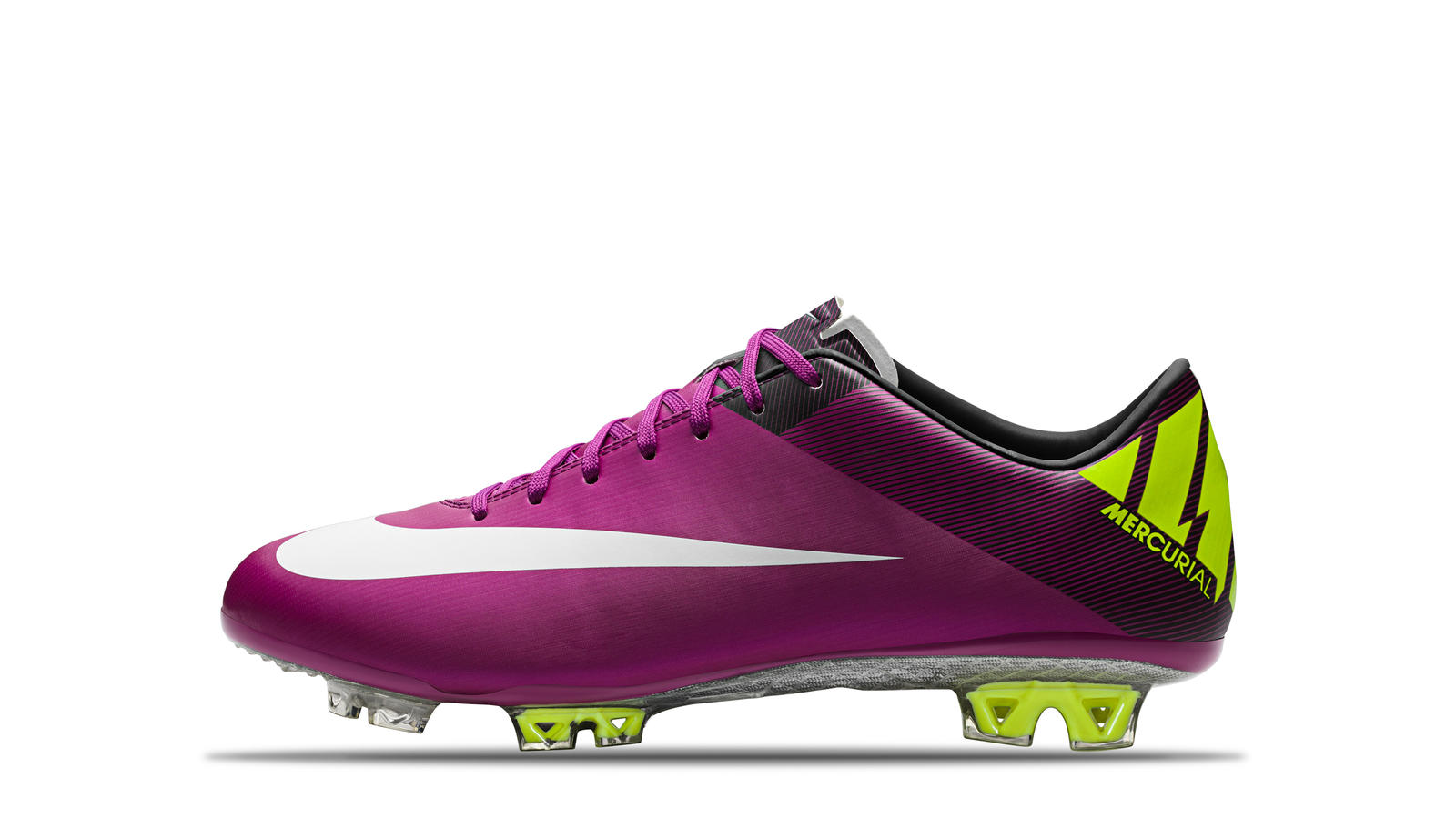 2011 MERCURIAL SUPERFLY III - Debuts the new Mercurial Superfly III and scores in home and away legs of the UEFA Champions League quarter final. 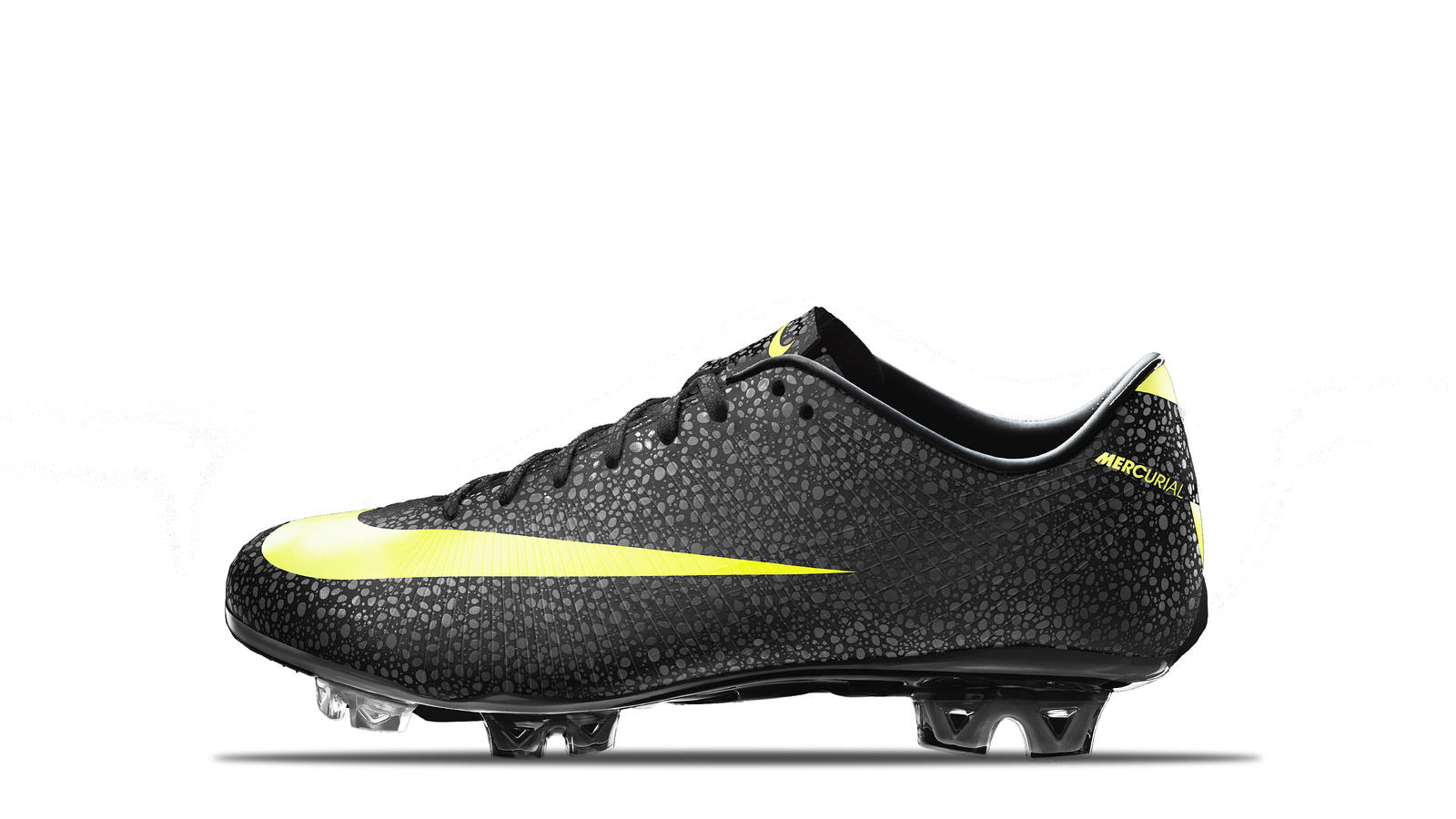 2011 MERCURIAL VAPOR SUPERFLY III CR - Cristiano Ronaldo's highest scoring boots, debuted in the second El Clasico of the season. He goes on to score the winning goal in the Copa Del Rey final and a total of 20 goals, including 11 in 4 games. 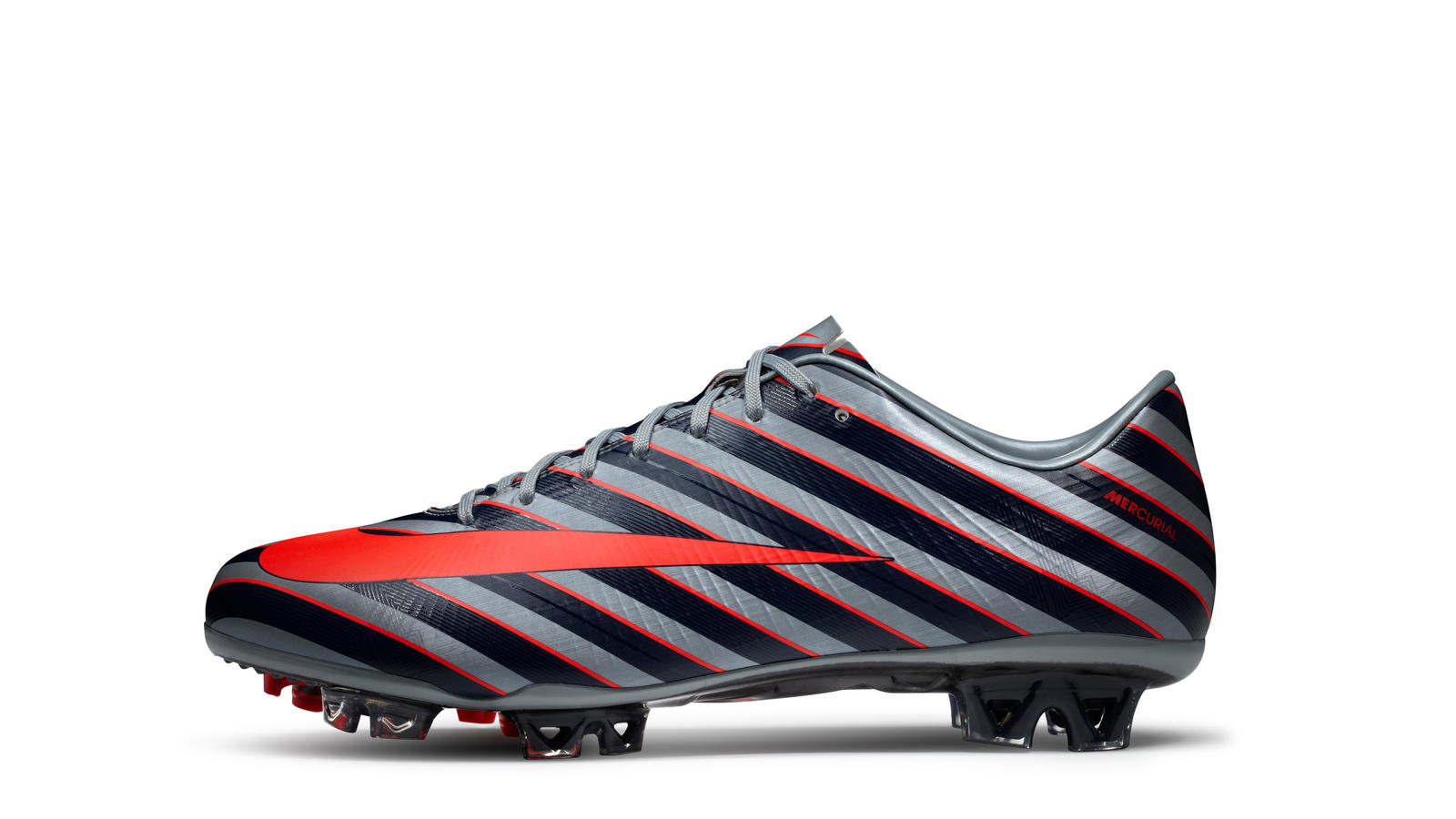 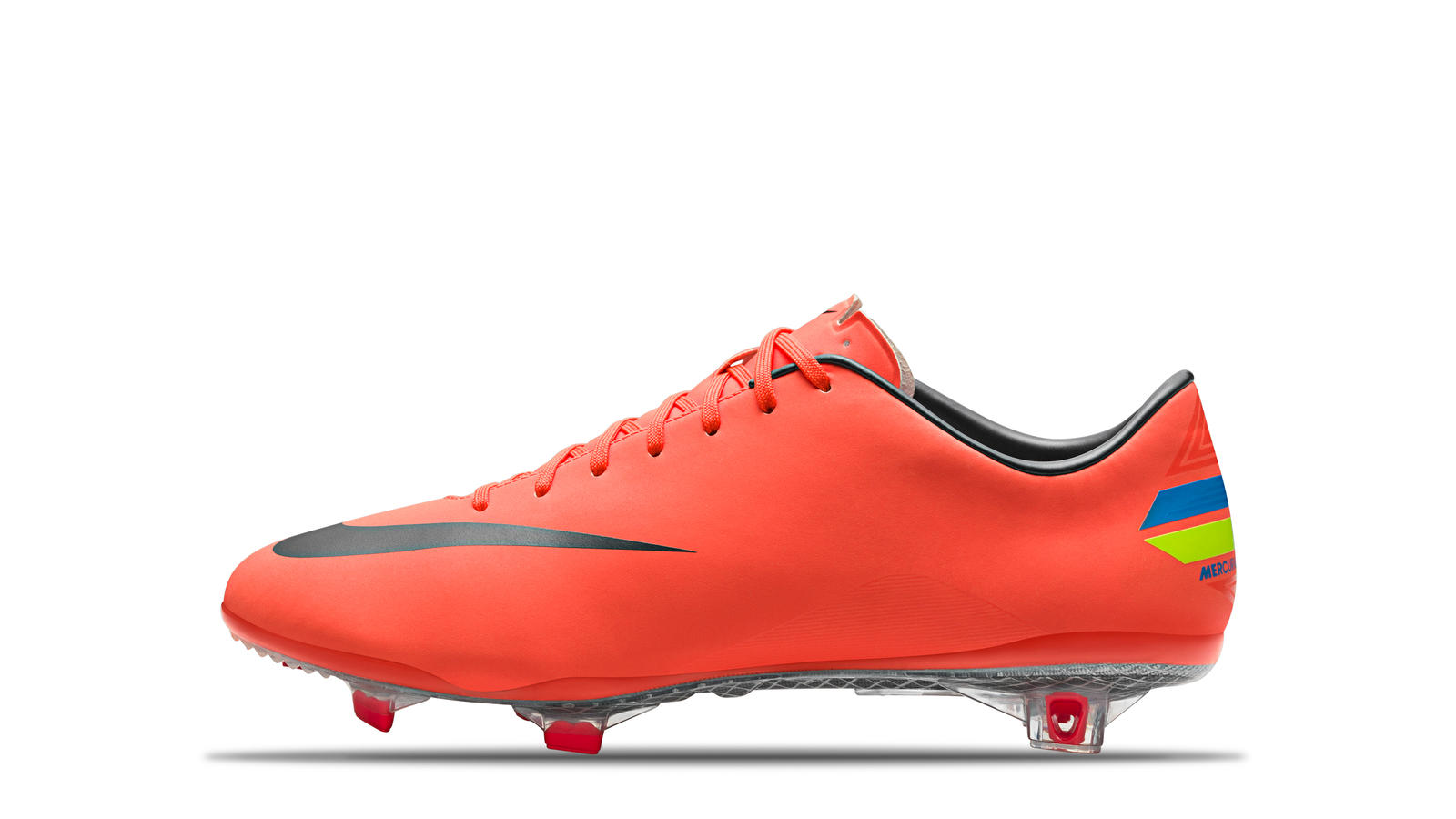 2012 MERCURIAL VAPOR VIII - Scores a hat-trick in a Madrid derby in April 2012 and reaches 40 league goals in the season, making him the only player in league history to score 40 goals in the first two seasons. 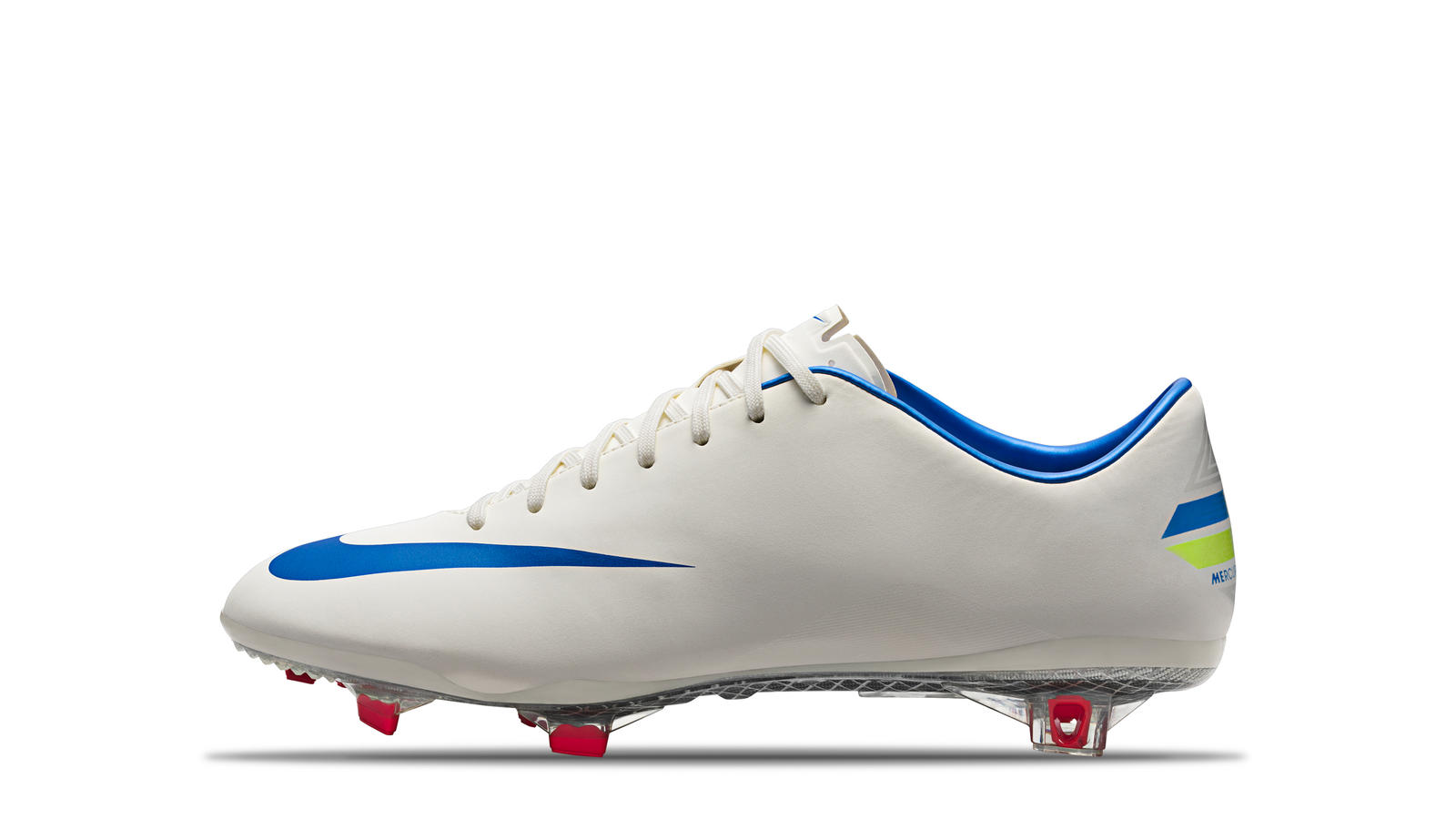 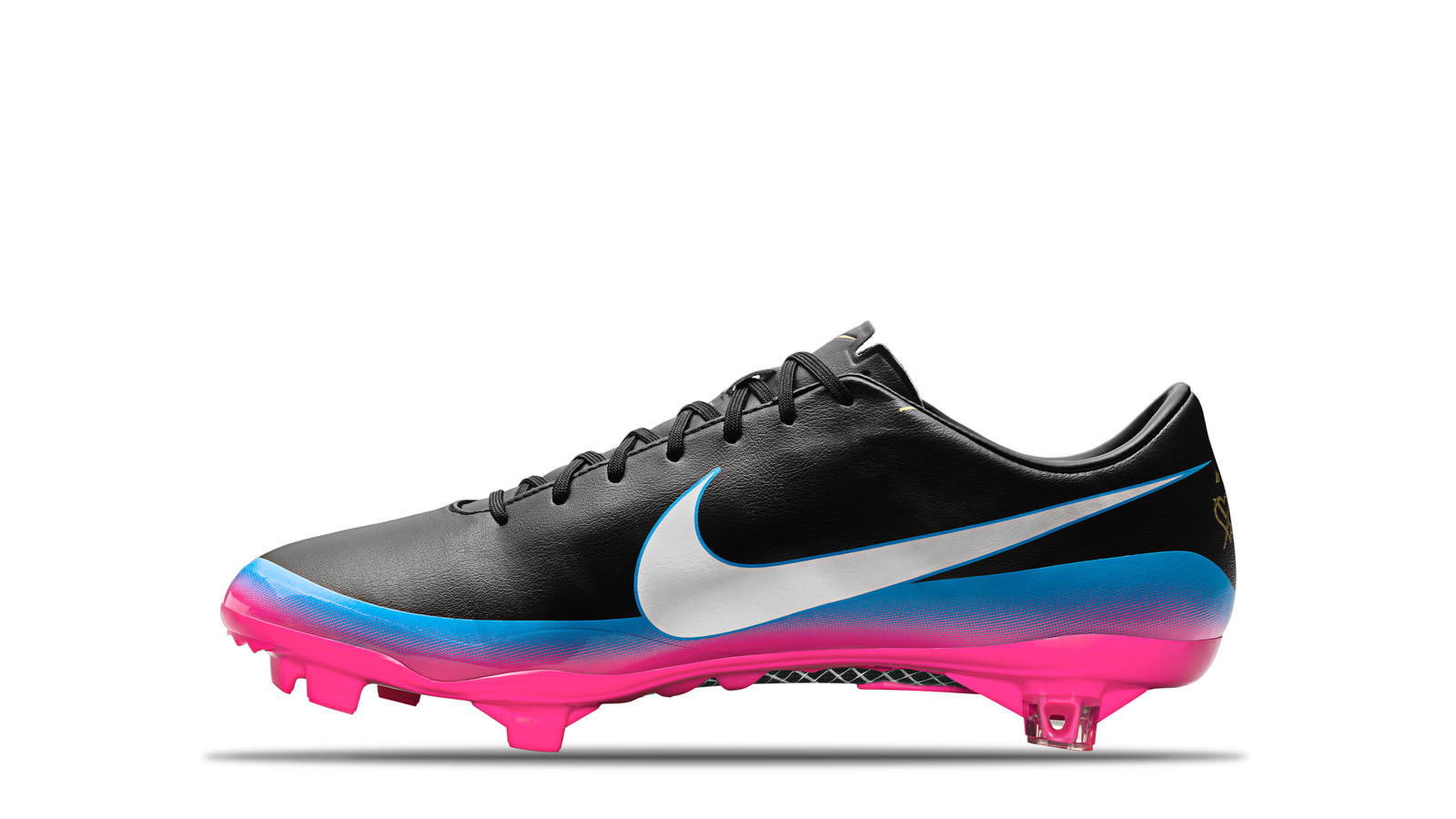 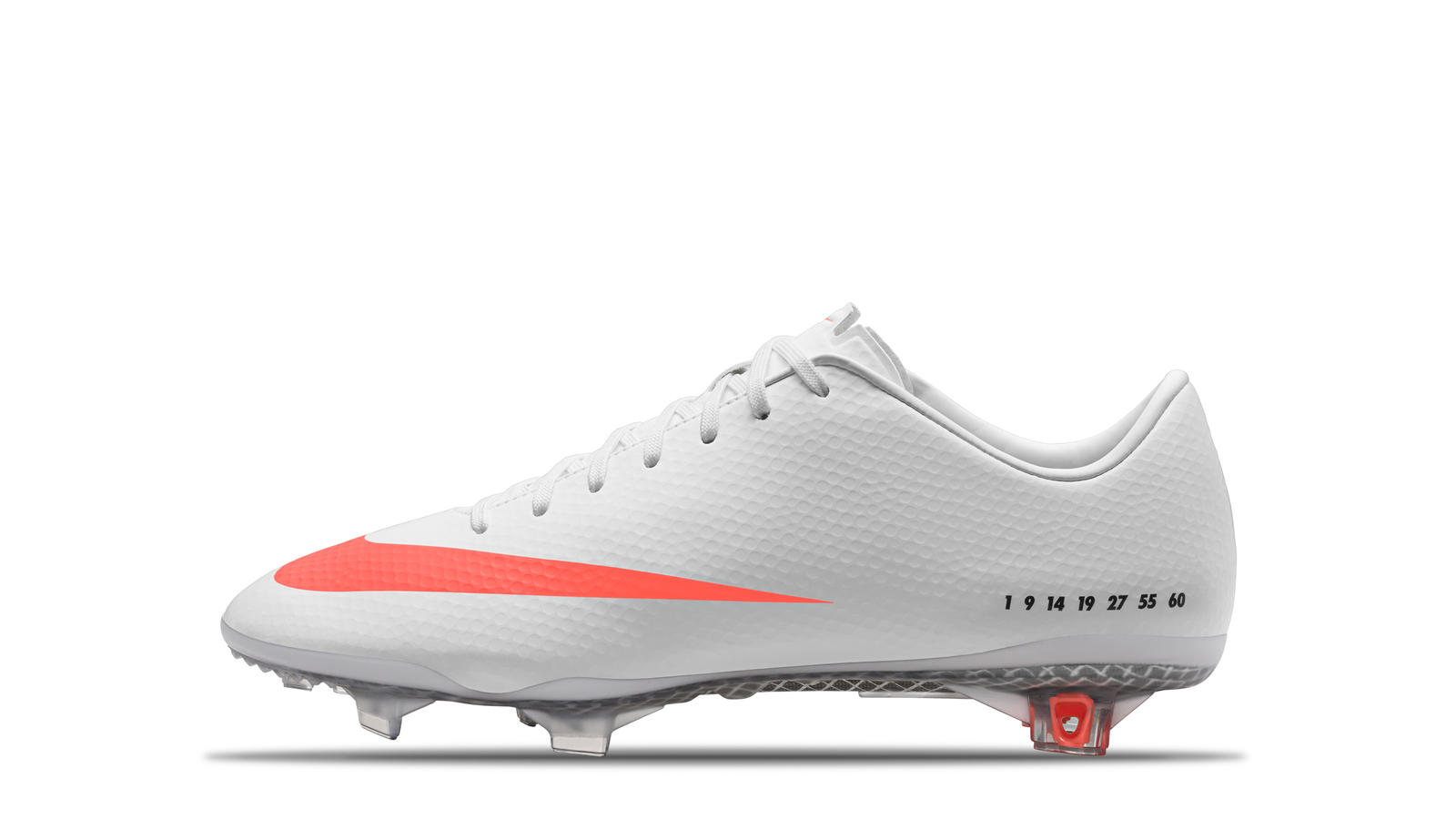 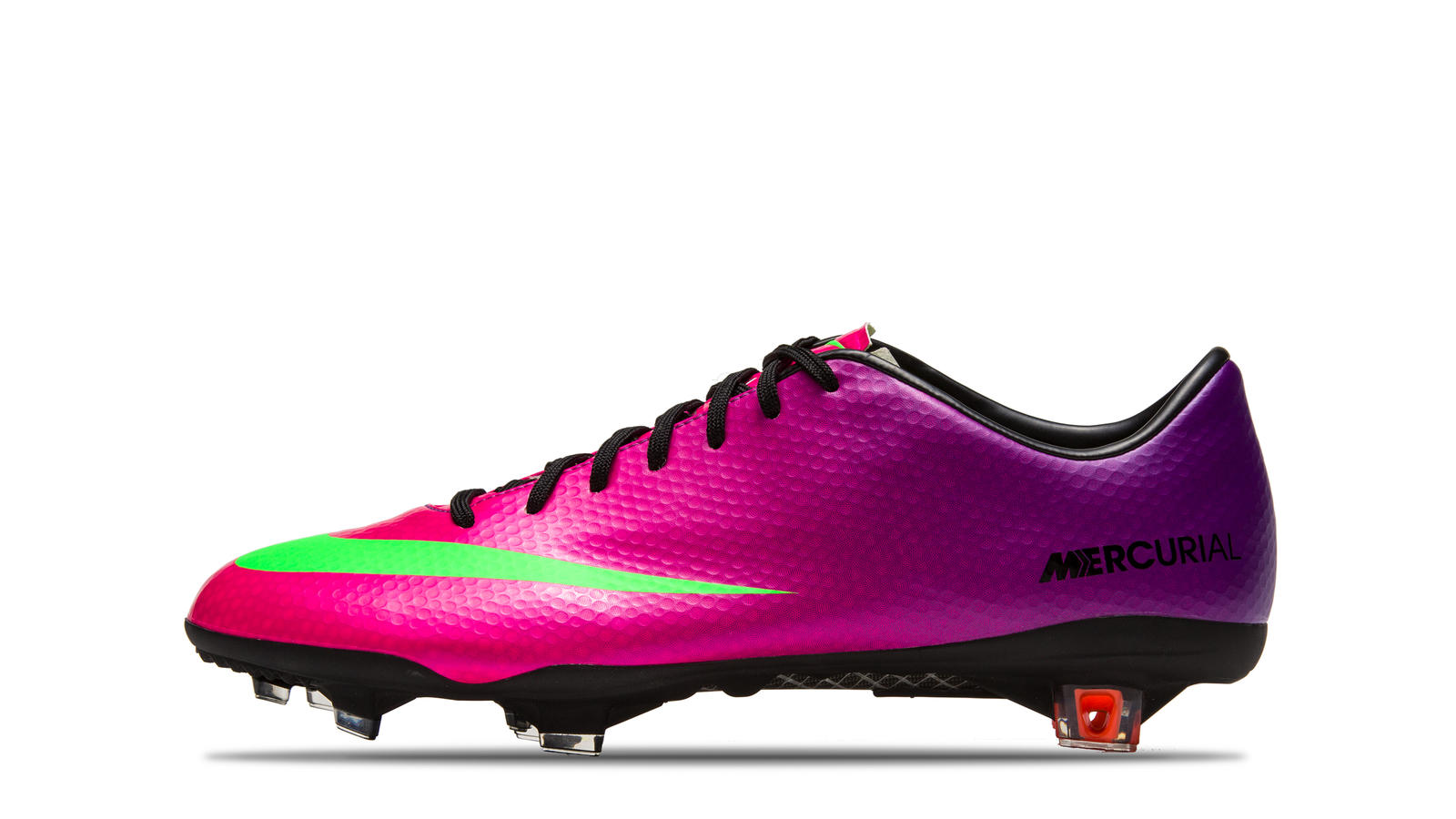 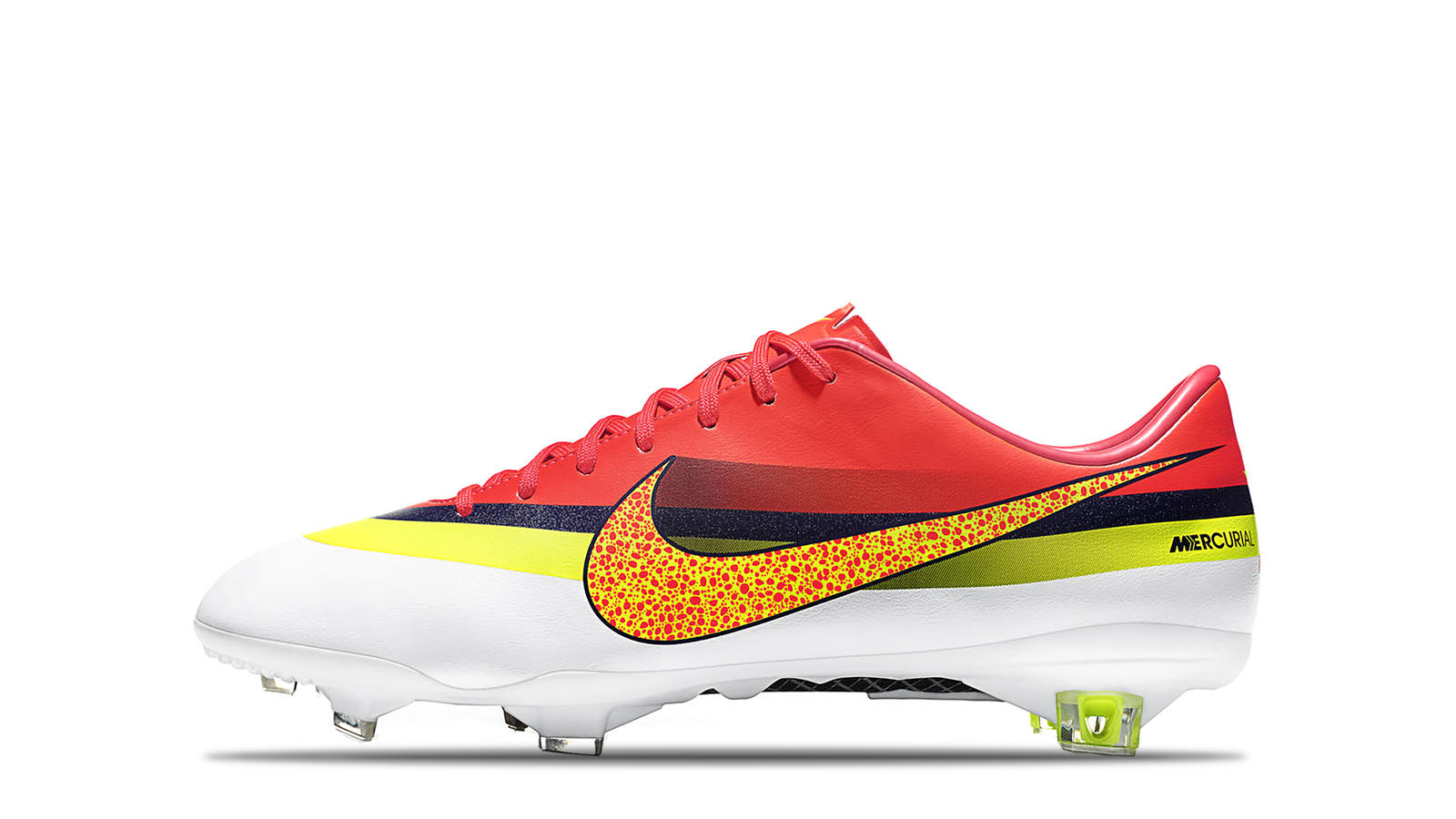 2013 MERCURIAL VAPOR IX CR SE - Scores in the first half during the Copa Del Rey final against Athletico Madrid in May 2013. 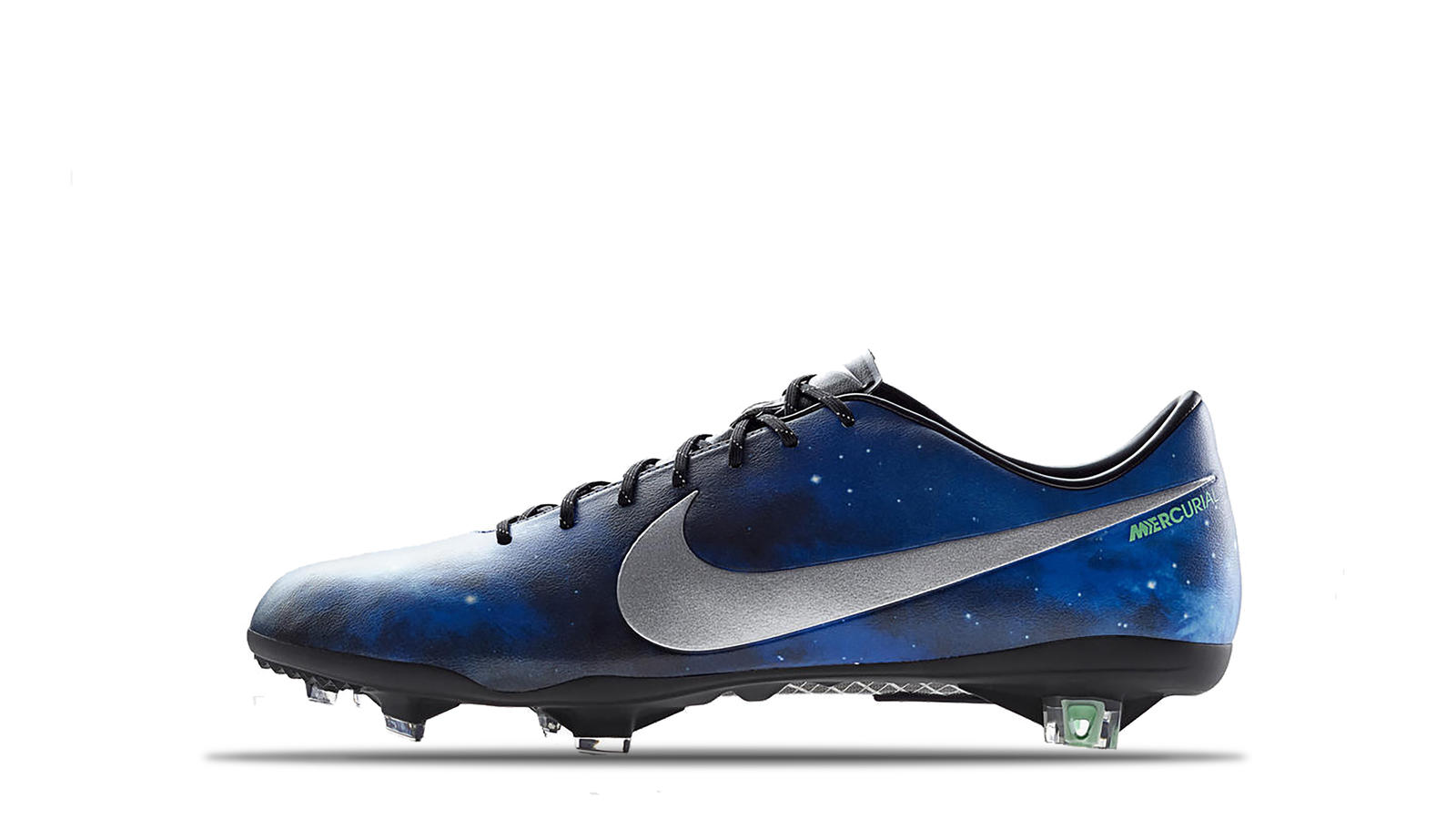 2013 MERCURIAL VAPOR IX CR - Debuts this signature boot against FC Barcelona. Scores his 100th away goal in his 106 away appearances for Madrid in nov 2014 and tallies his 19th league hat-trick. 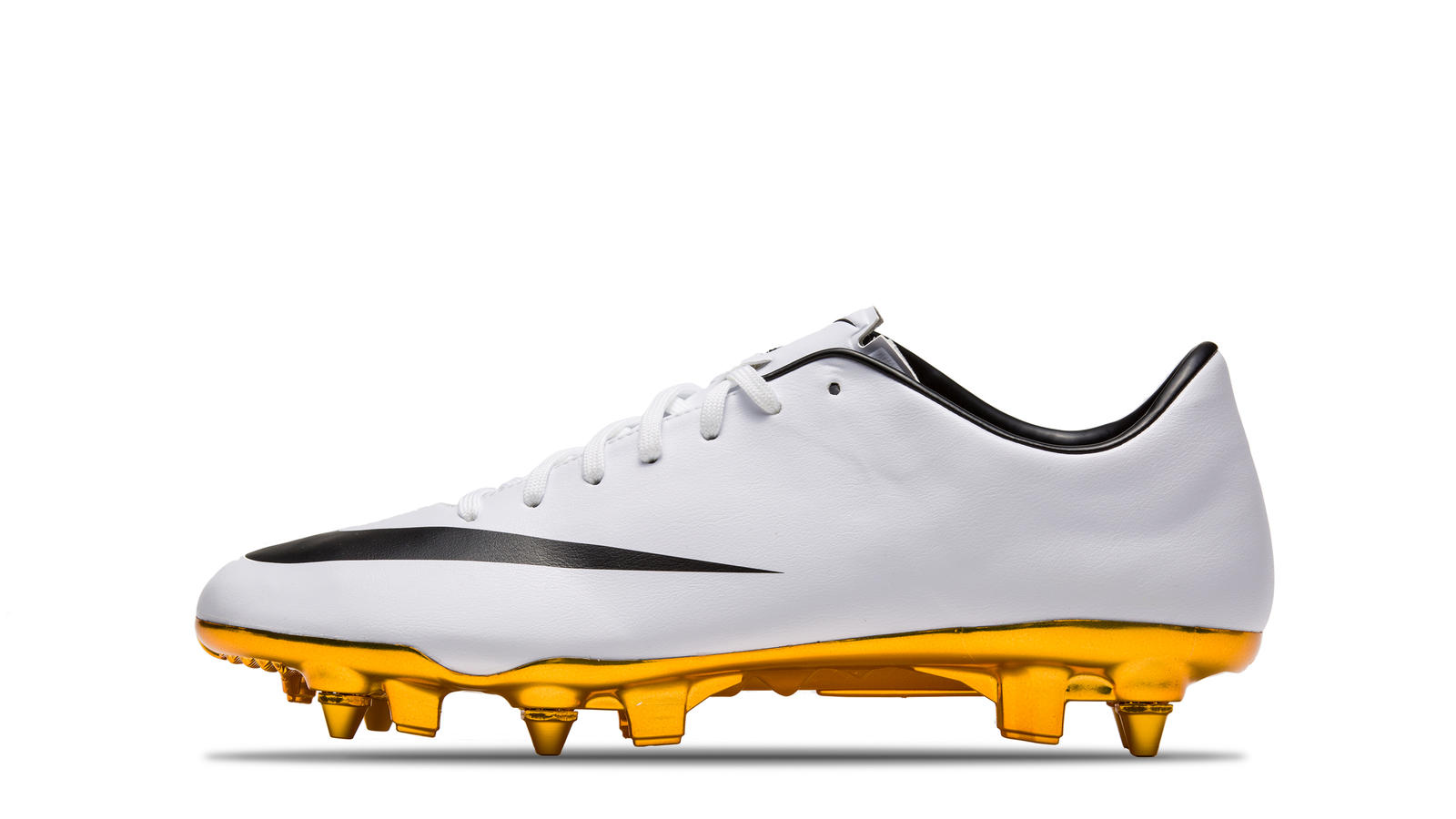 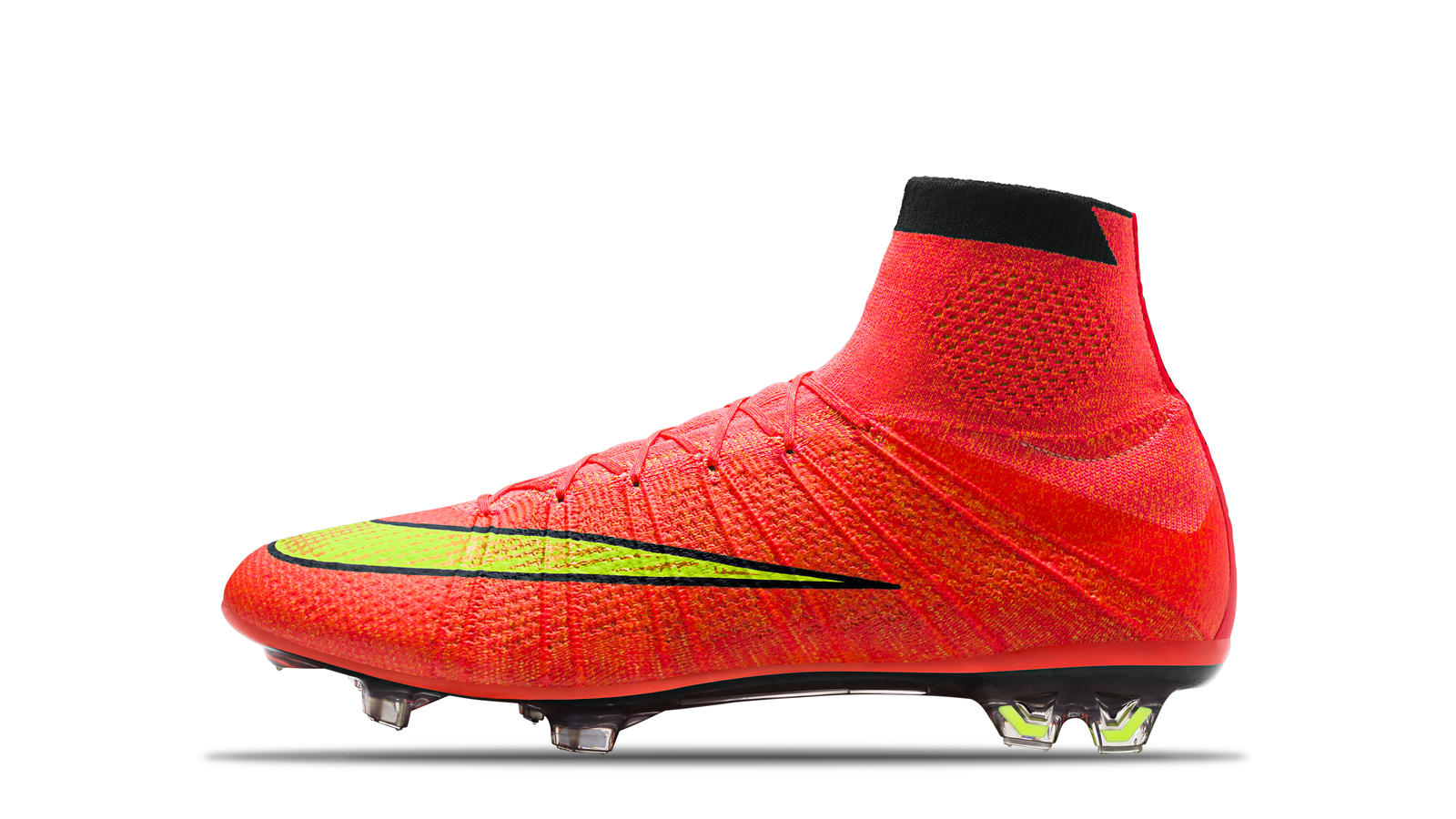 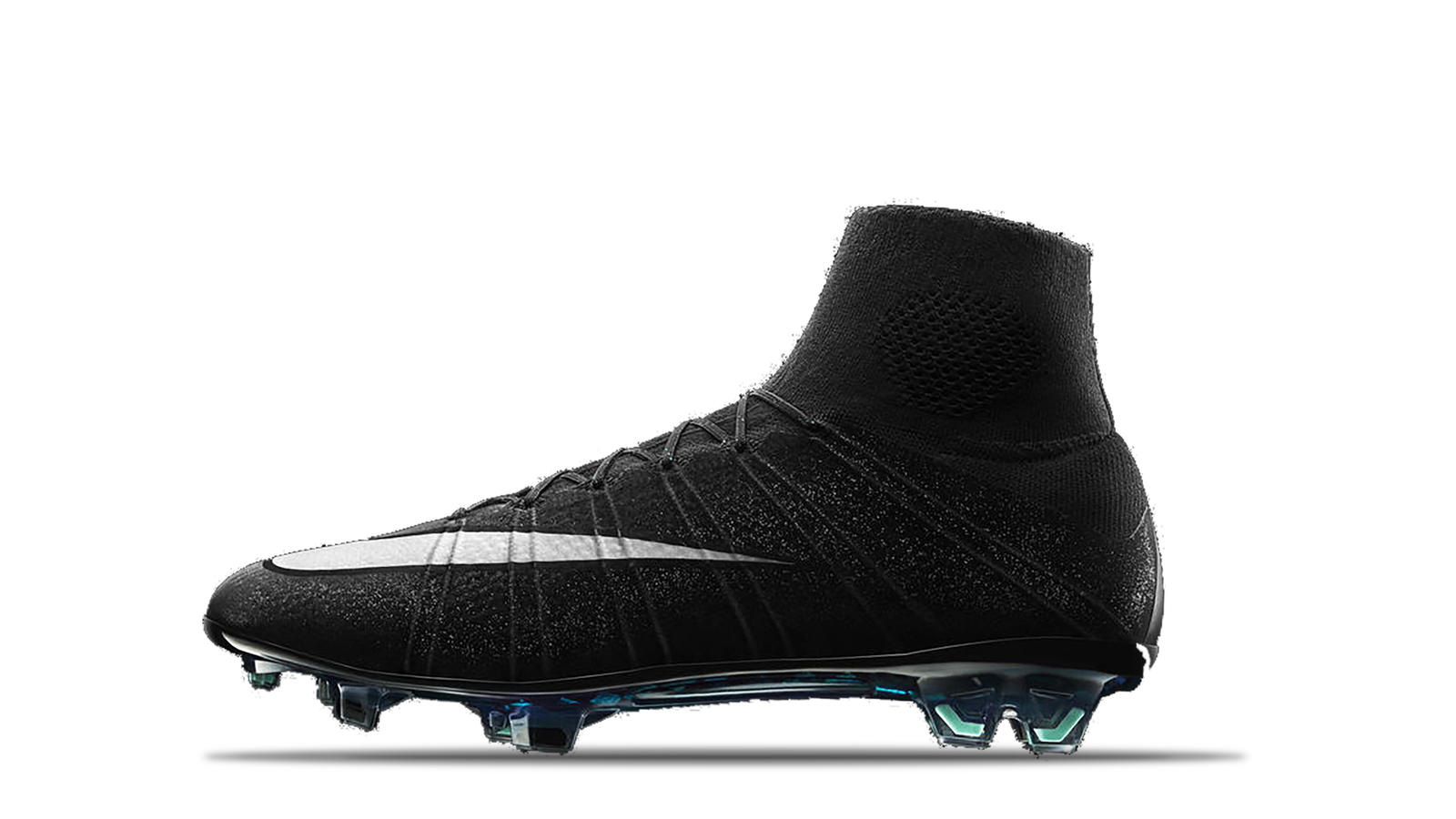 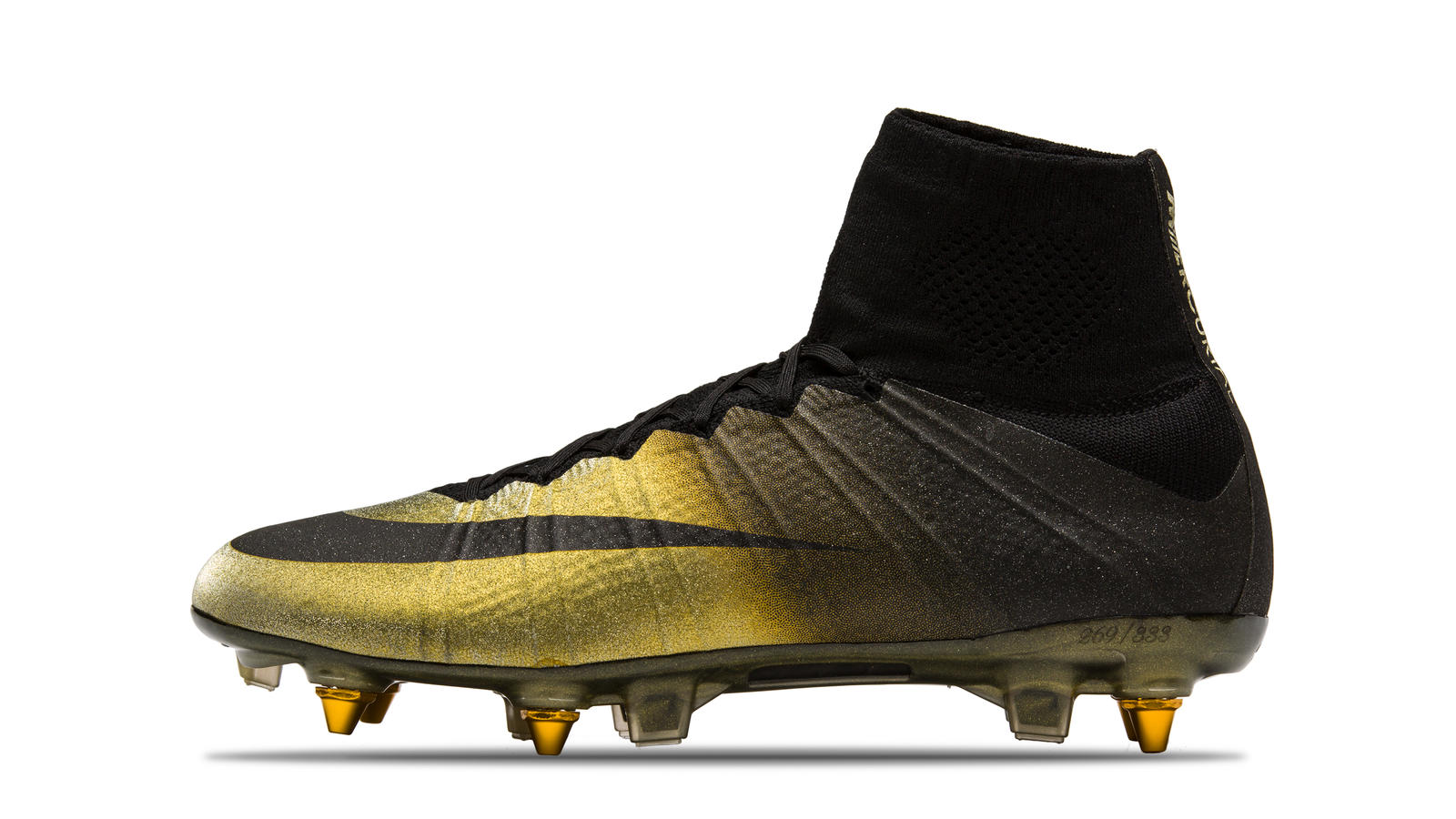 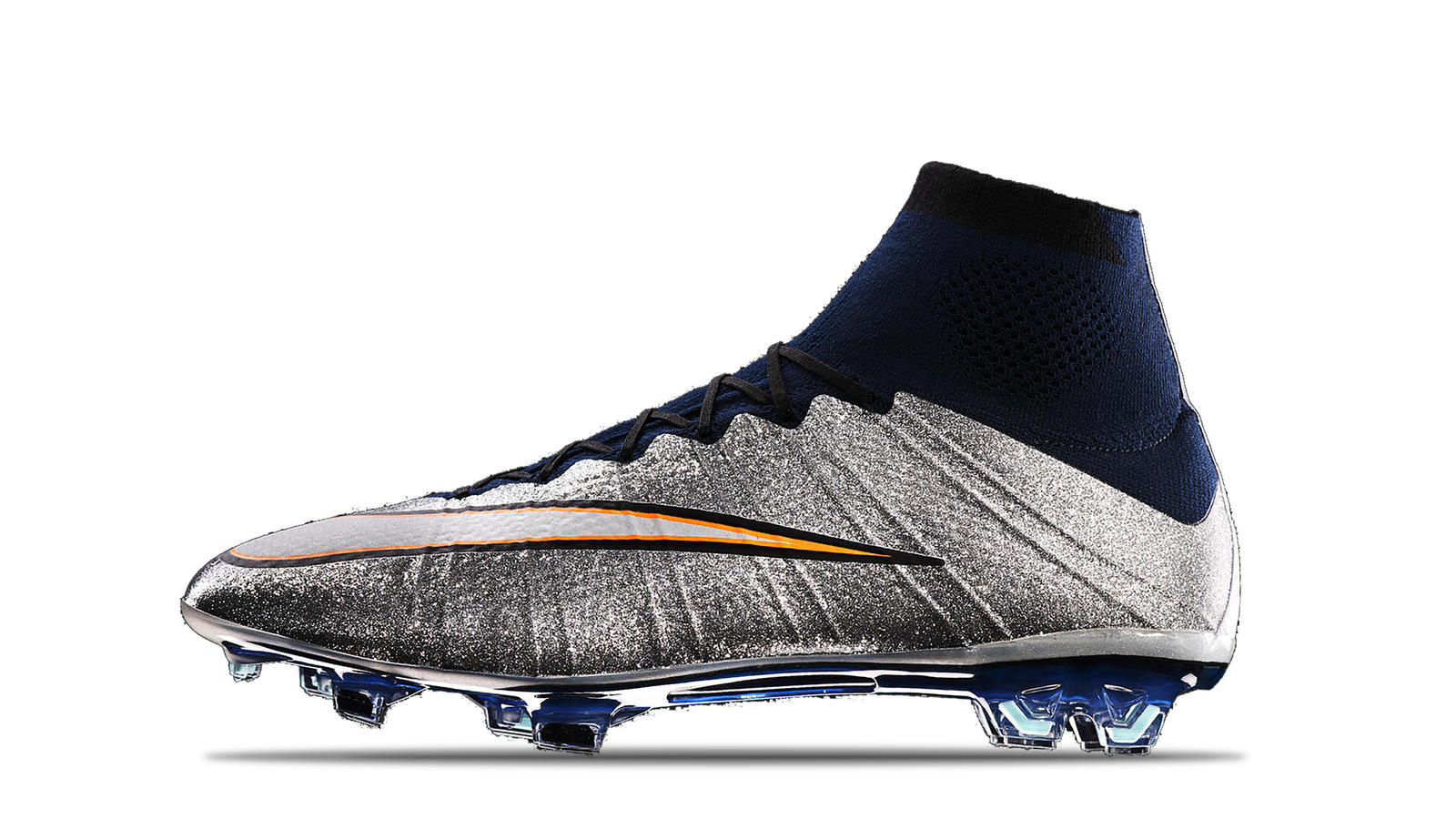 2015 MERCURIAL SUPERFLY IV CR7 SILVERWARE - In April 2015, scores five times in one league game for the first time in his career. In the same month, he scores his 300th goal for Madrid and becomes the first player in the history of football to score 50 or more goals in a season on five occasions. Also breaks the club’s hat-trick record with his 29th. 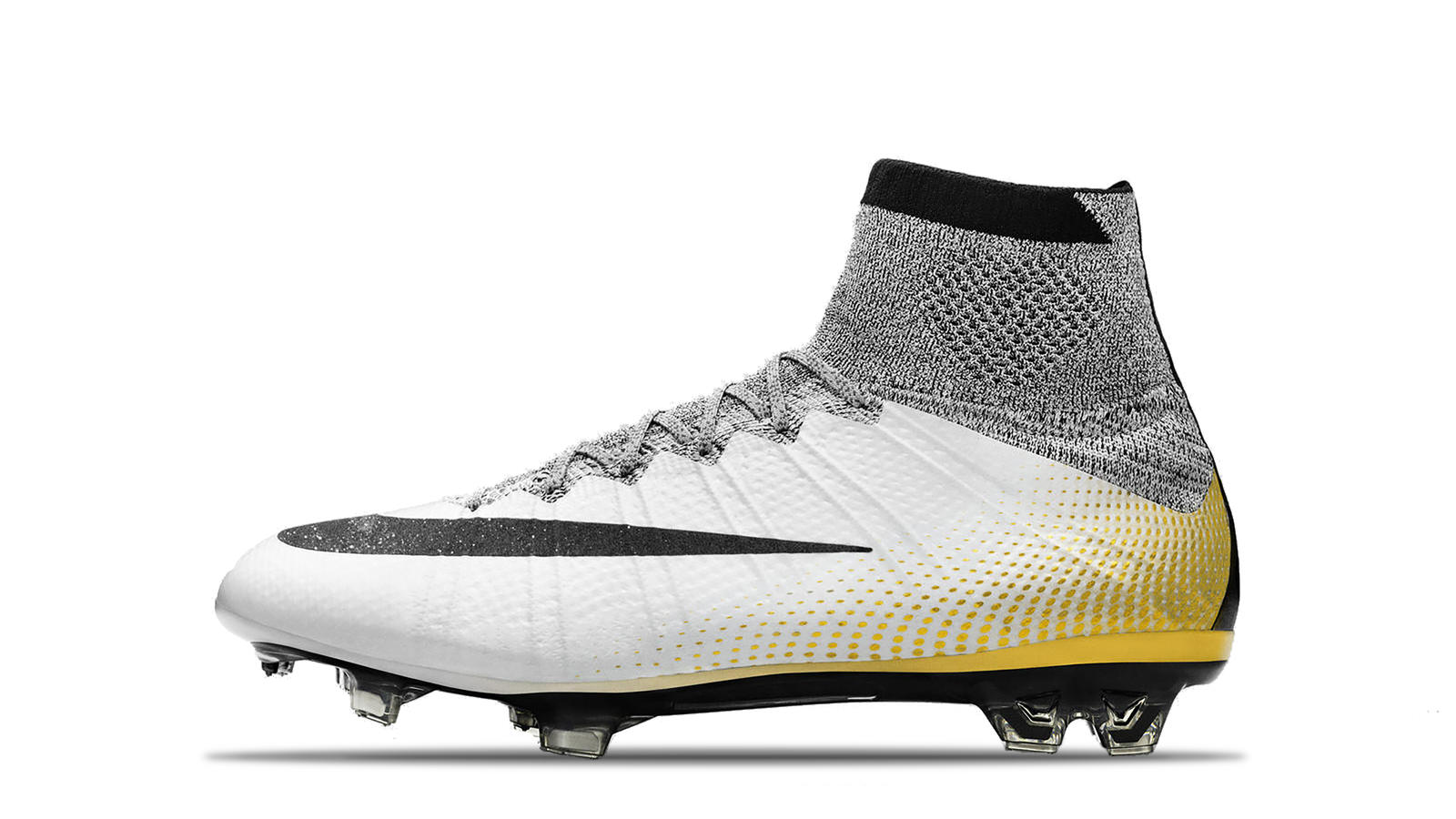 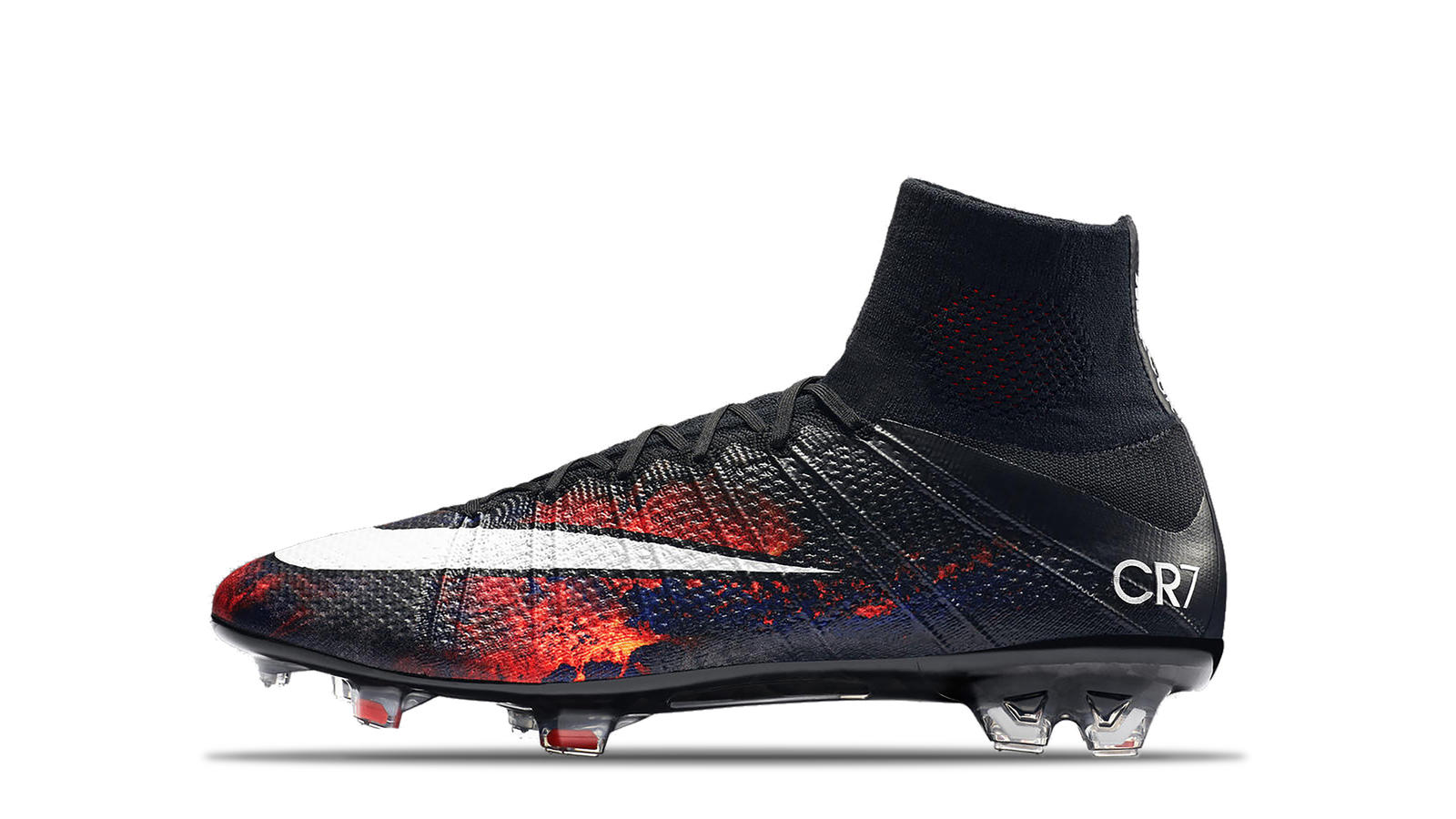 2015 MERCURIAL SUPERFLY IV CR7 SAVAGE BEAUTY - CR7 Chapter 1, the first in a series of 7 chapter boots. In dec 2015, he sets a record for goals scored in the group stage of the UEFA Champions League with 11. 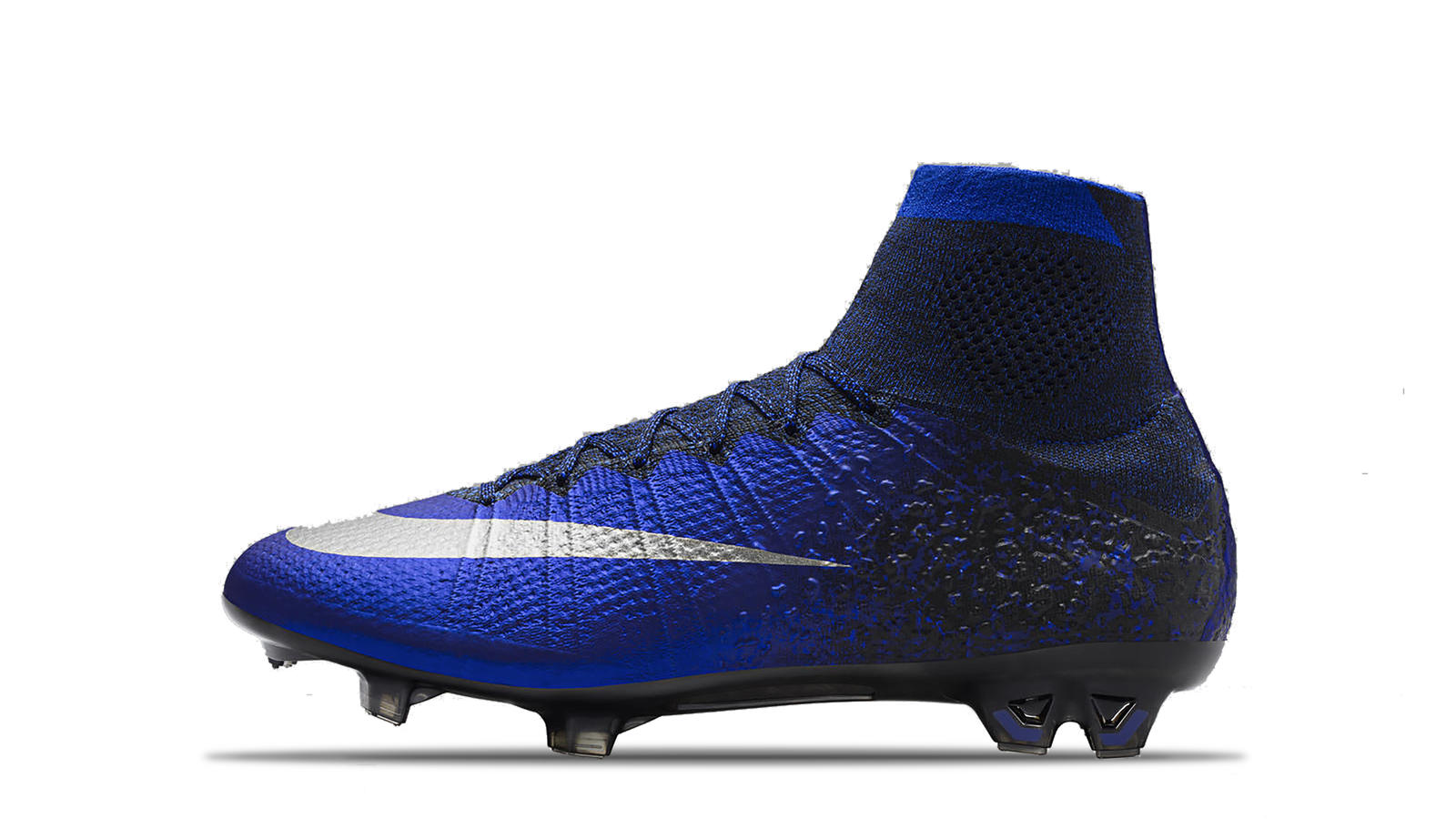 2016 MERCURIAL SUPERFLY IV CR7 NATURAL DIAMOND - Debuts the CR7 Chapter 2 boots with a goal and a win against FC Barcelona. 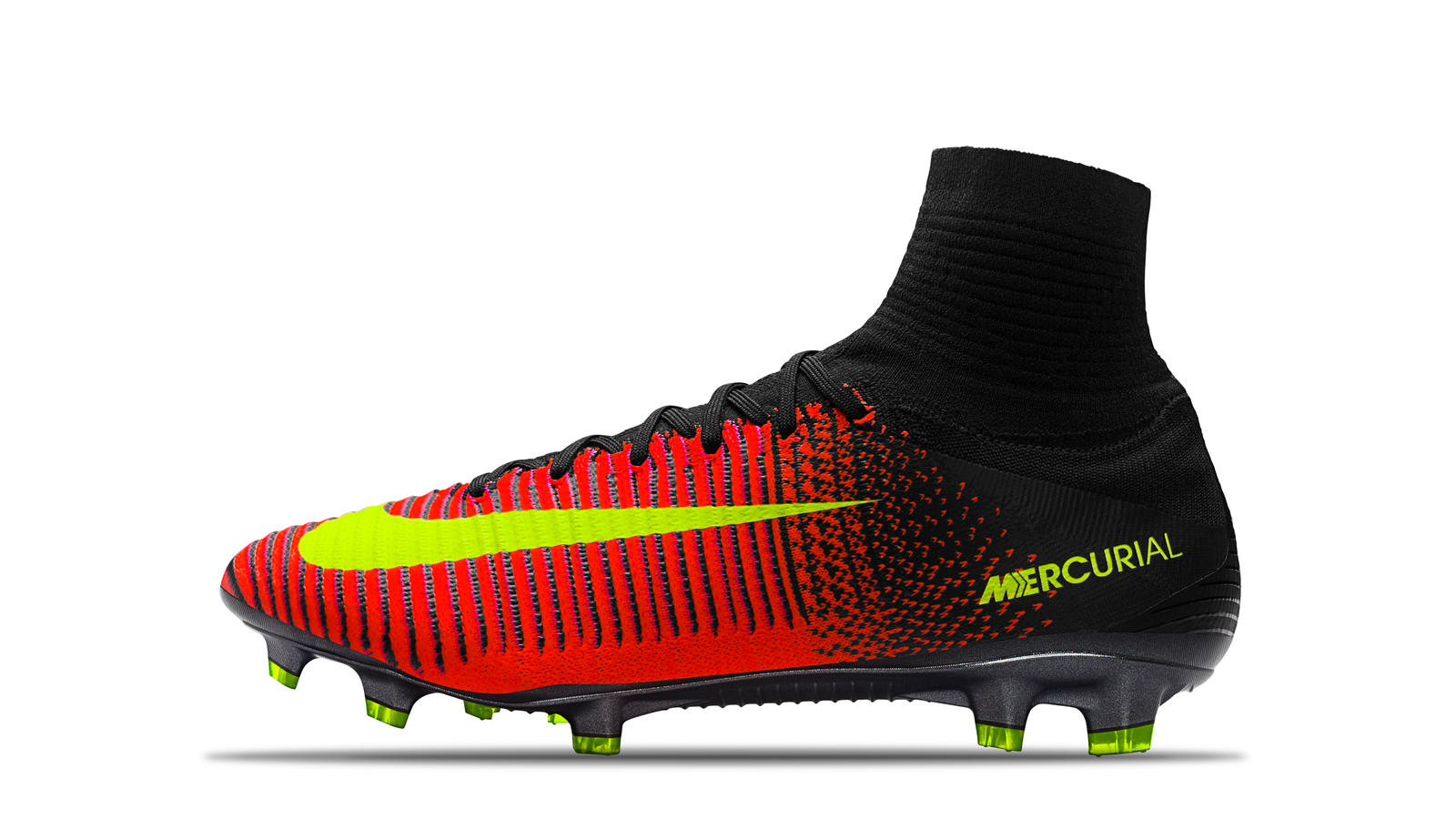 2016 MERCURIAL SUPERFLY V - Debuts the new Superfly in the UEFA Champions League final and scores the winning penalty for his second continental trophy with Madrid. Captains Portugal to the UEFA Euro 2016 and beats France 1-0 in the final. 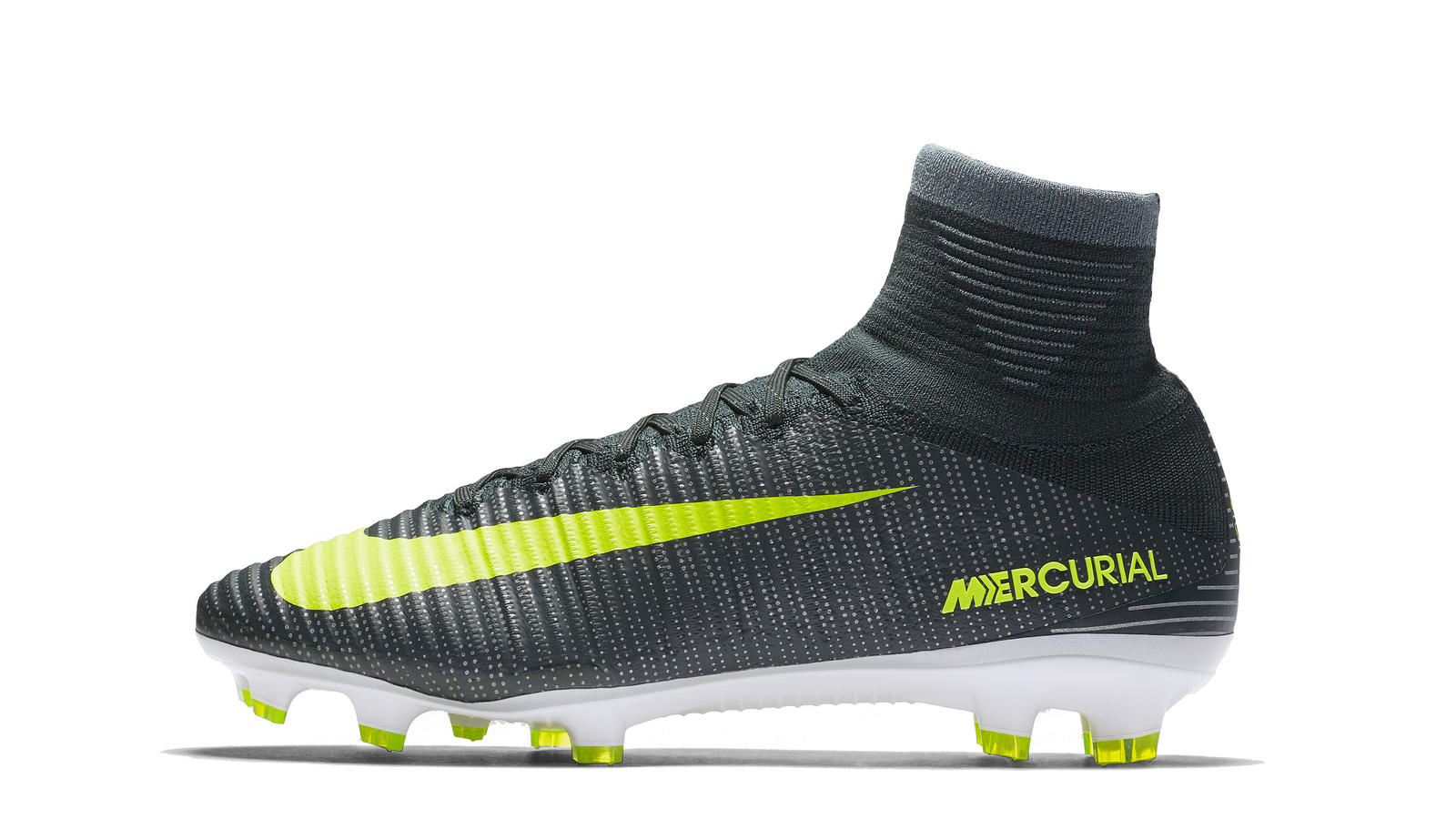