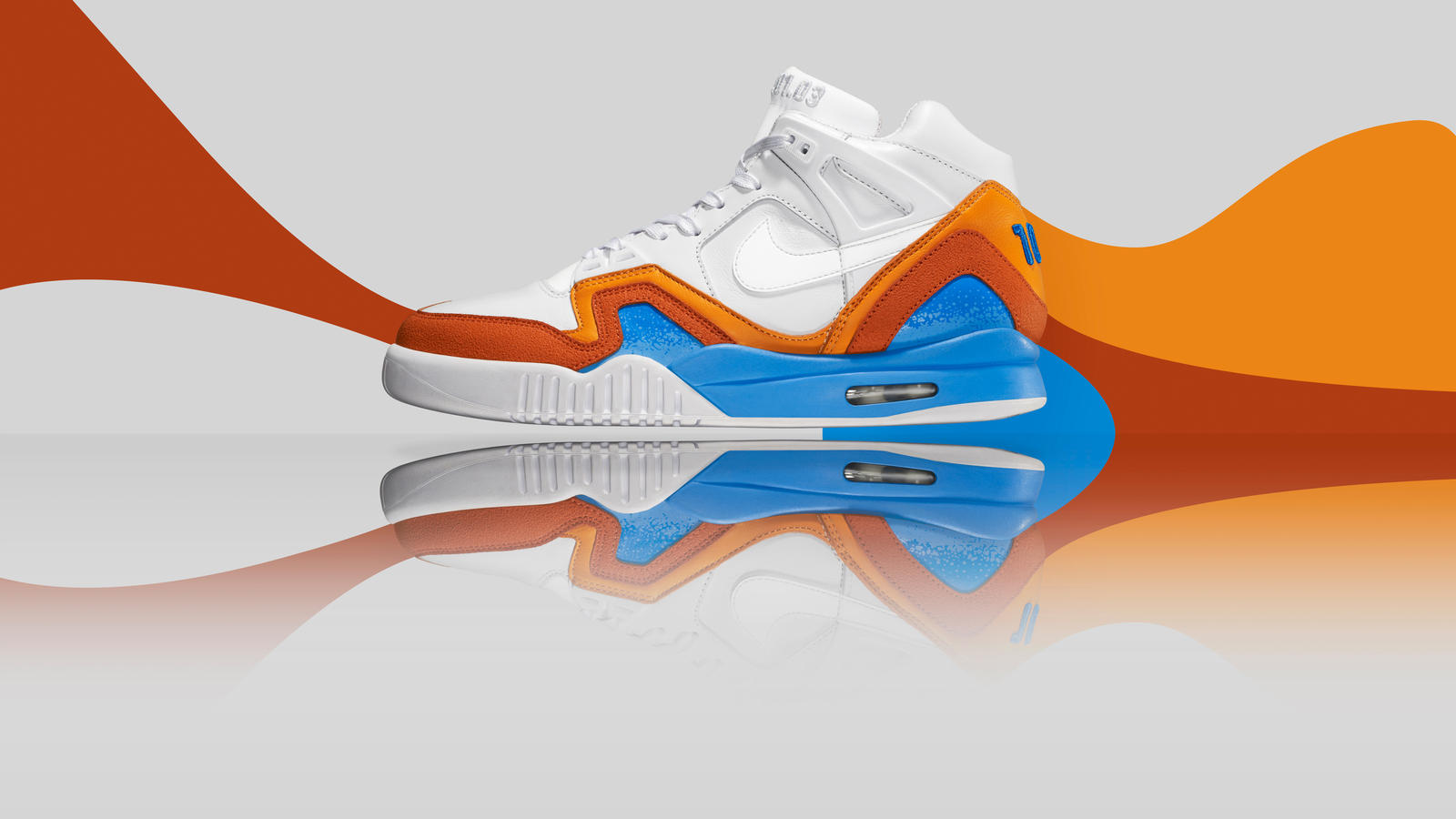 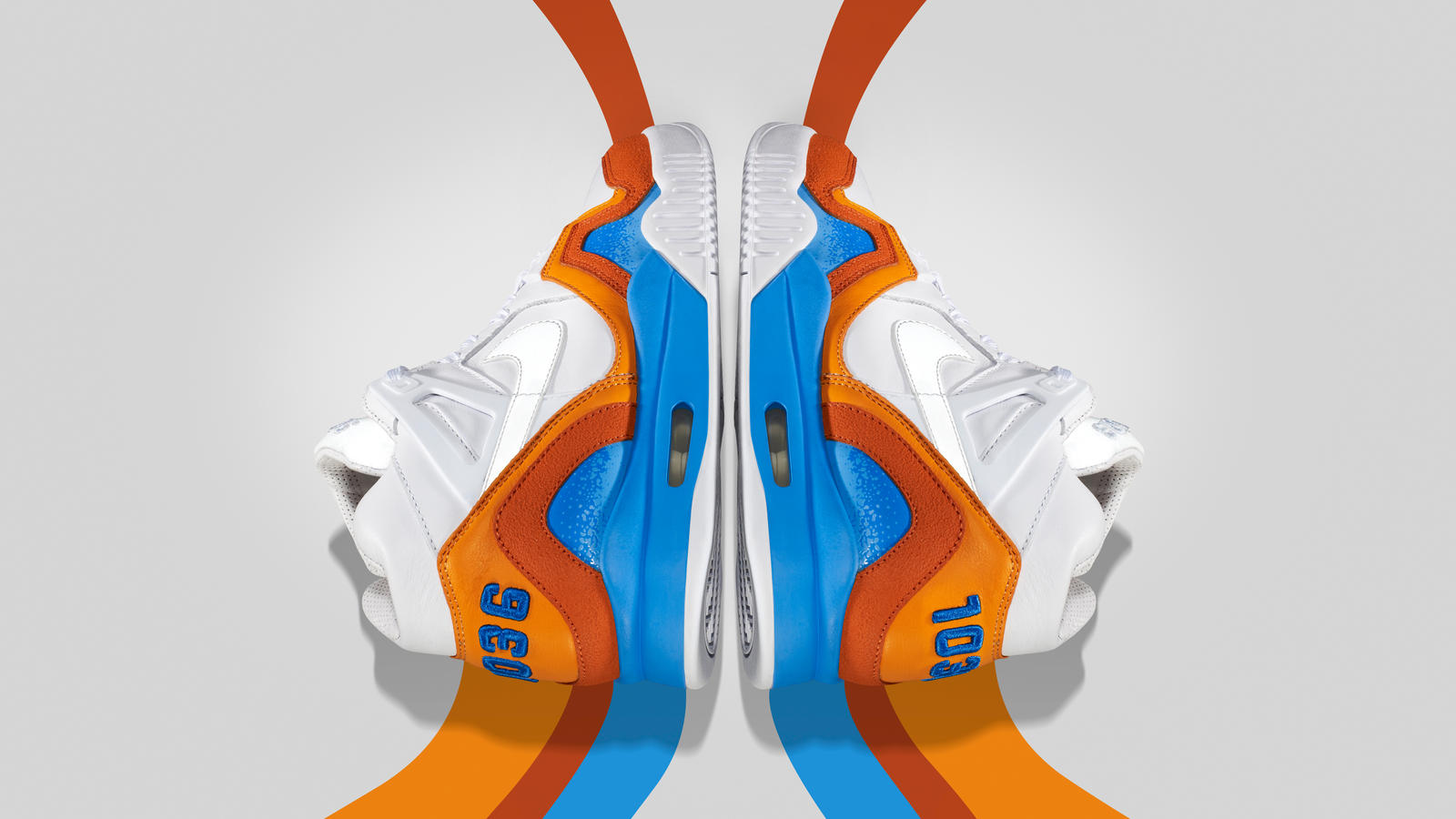 Nike pays homage to a seminal era in sport history when the tennis great Andre Agassi dominated the courts of Melbourne in the Air Tech Challenge II. A revamp of the iconic ’90s court shoe worn by “The Punisher” during countless triumphs, the sneaker now boasts bold color blocking and embroidered numerals decipherable to the most fervent tennis fans. True to its original form but revamped using the technology of today, the 2014 release of the Air Tech Challenge II takes a legendary court classic from the archives to the street for everyday wear.

Originally designed with the sport’s unique demands in mind, the shoe’s upper is constructed of premium white leather, whereas the toe panel is formed by TecTuff leather. A textured and durable finishing process, the toe panel is built to withstand the abrasion that occurs during explosive match volleys. The panel’s solar orange hue accents and arched curvatures recall the famous rock formations of the vast Australian Outback. The vivid blue midsole and rear references the iconic hue of the competition’s hard court surfaces.

To underscore Agassi’s victorious tenure at the tournament, the rear panel is embroidered with the number 1036, noting the impressive tally of career match wins Agassi accrued at Melbourne Park. The shoe's tongue is coded with the digits 95.00.01.03, representing the years in which Agassi won the tournament.