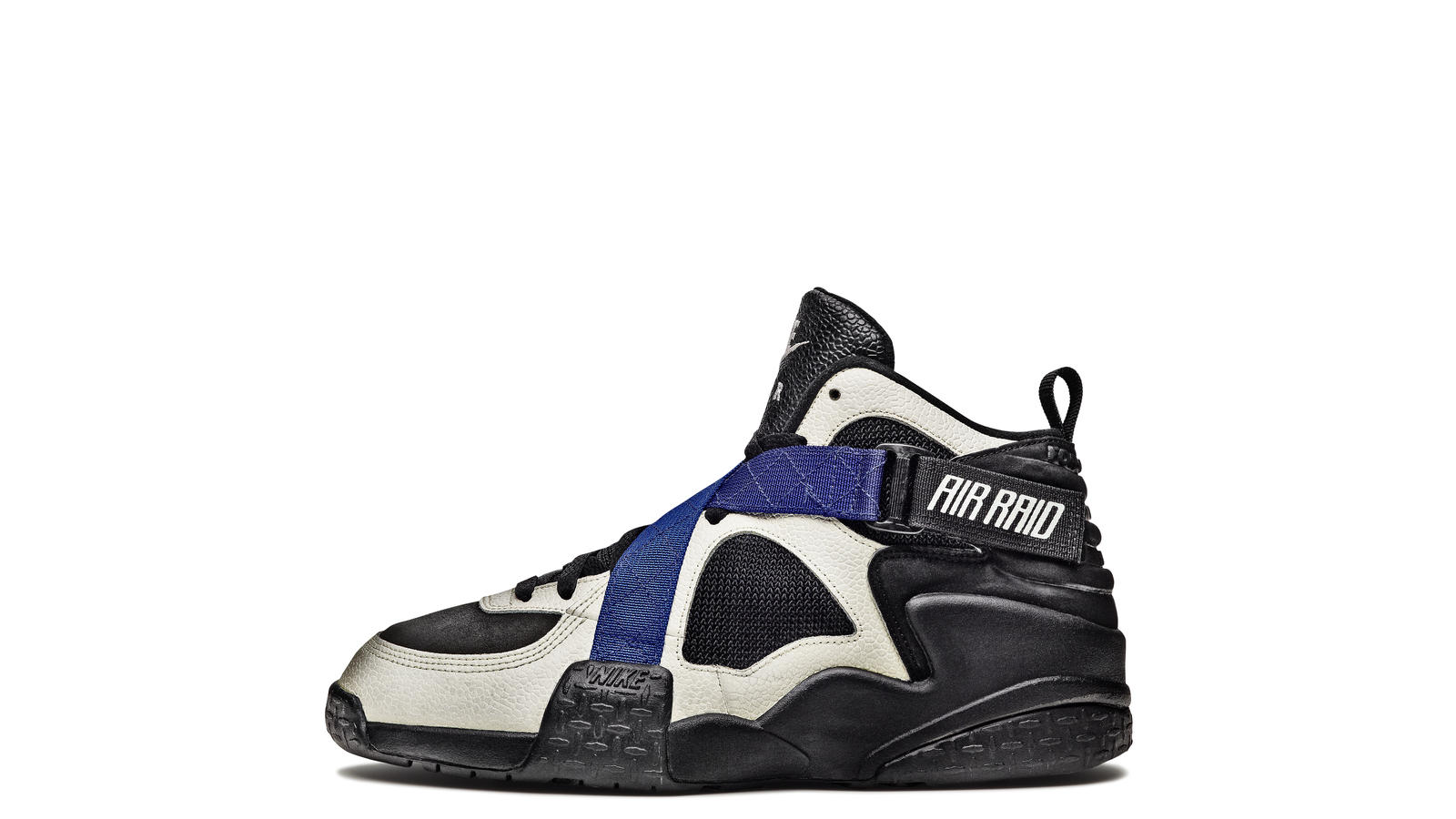 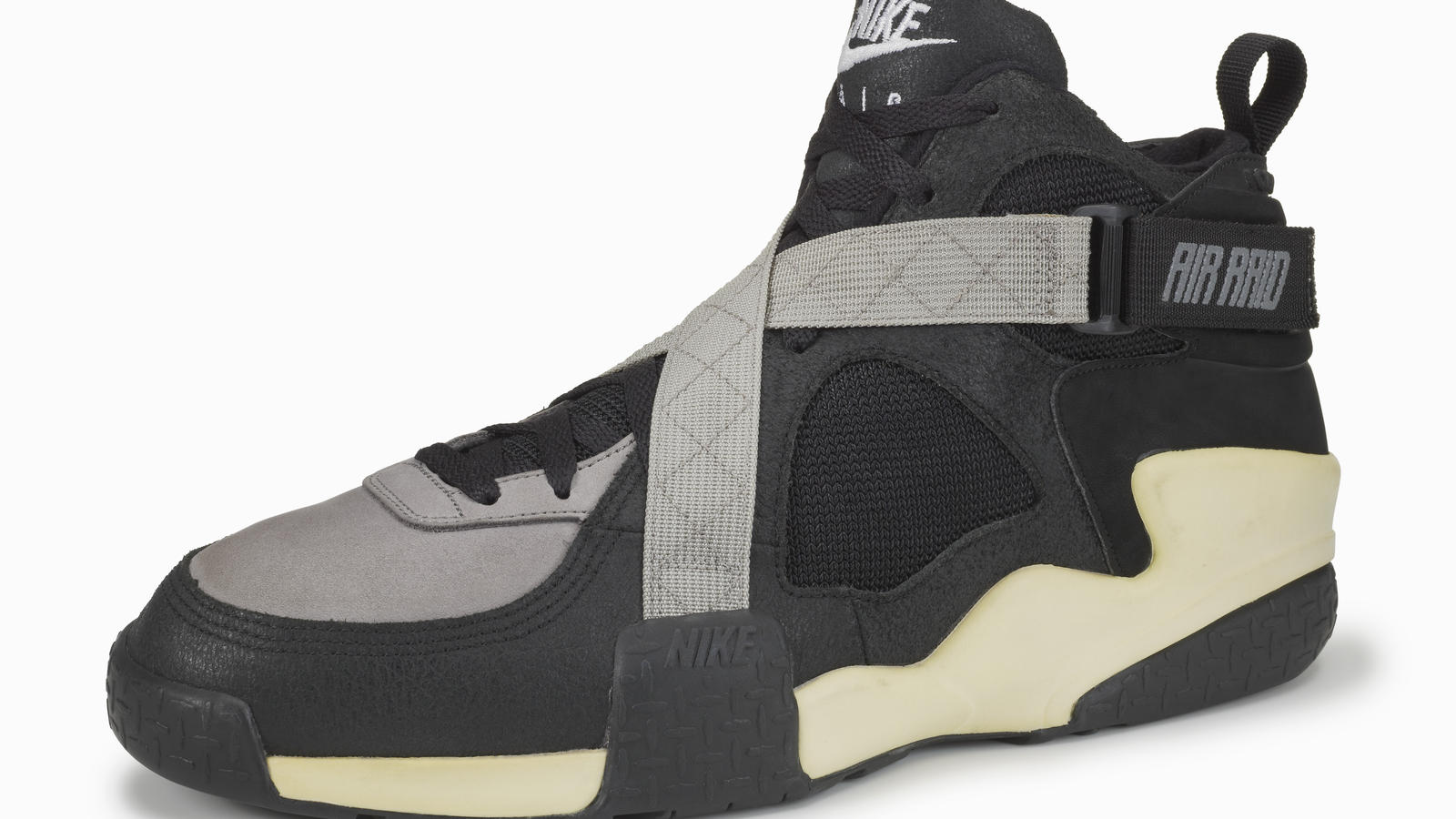 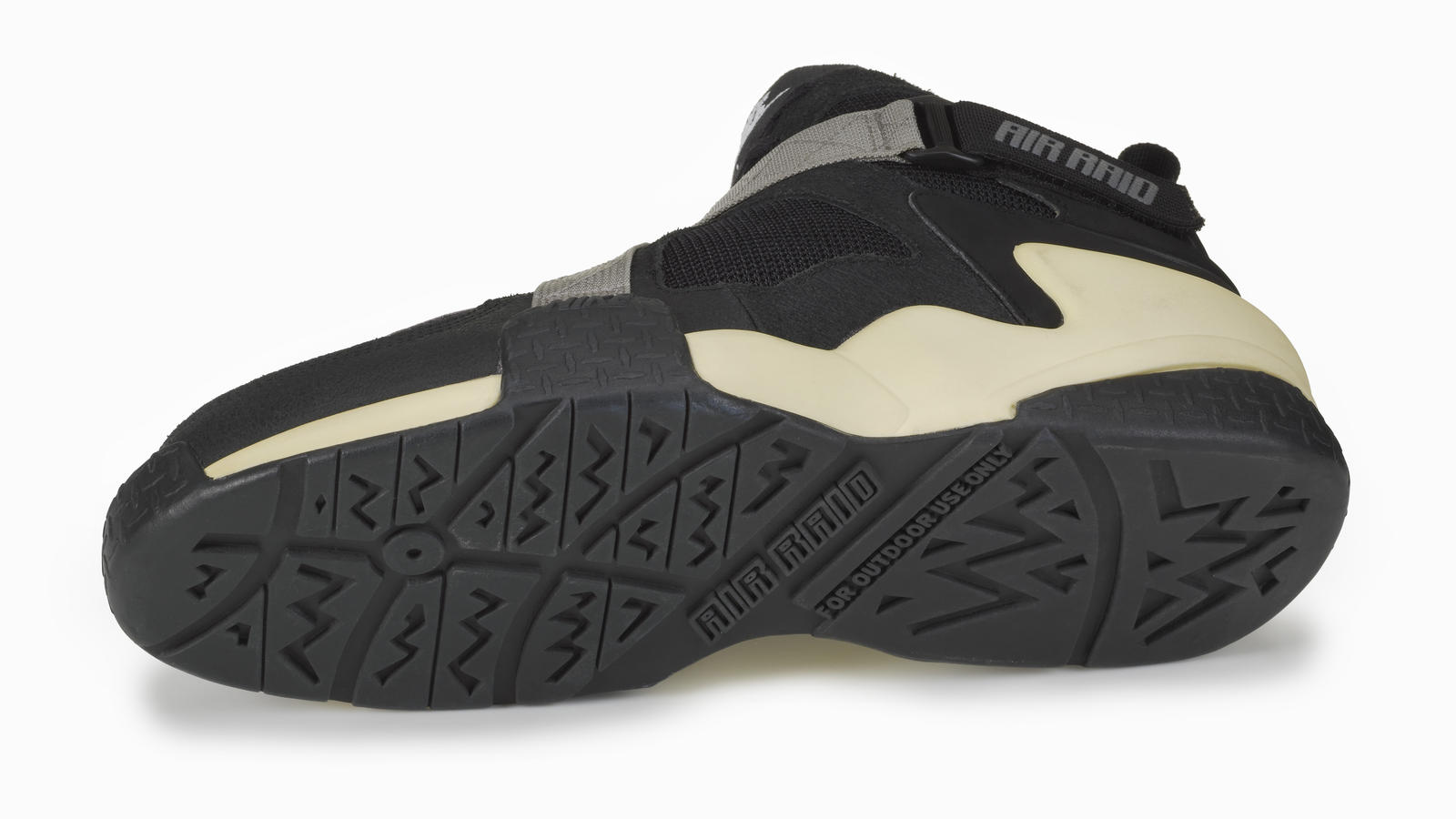 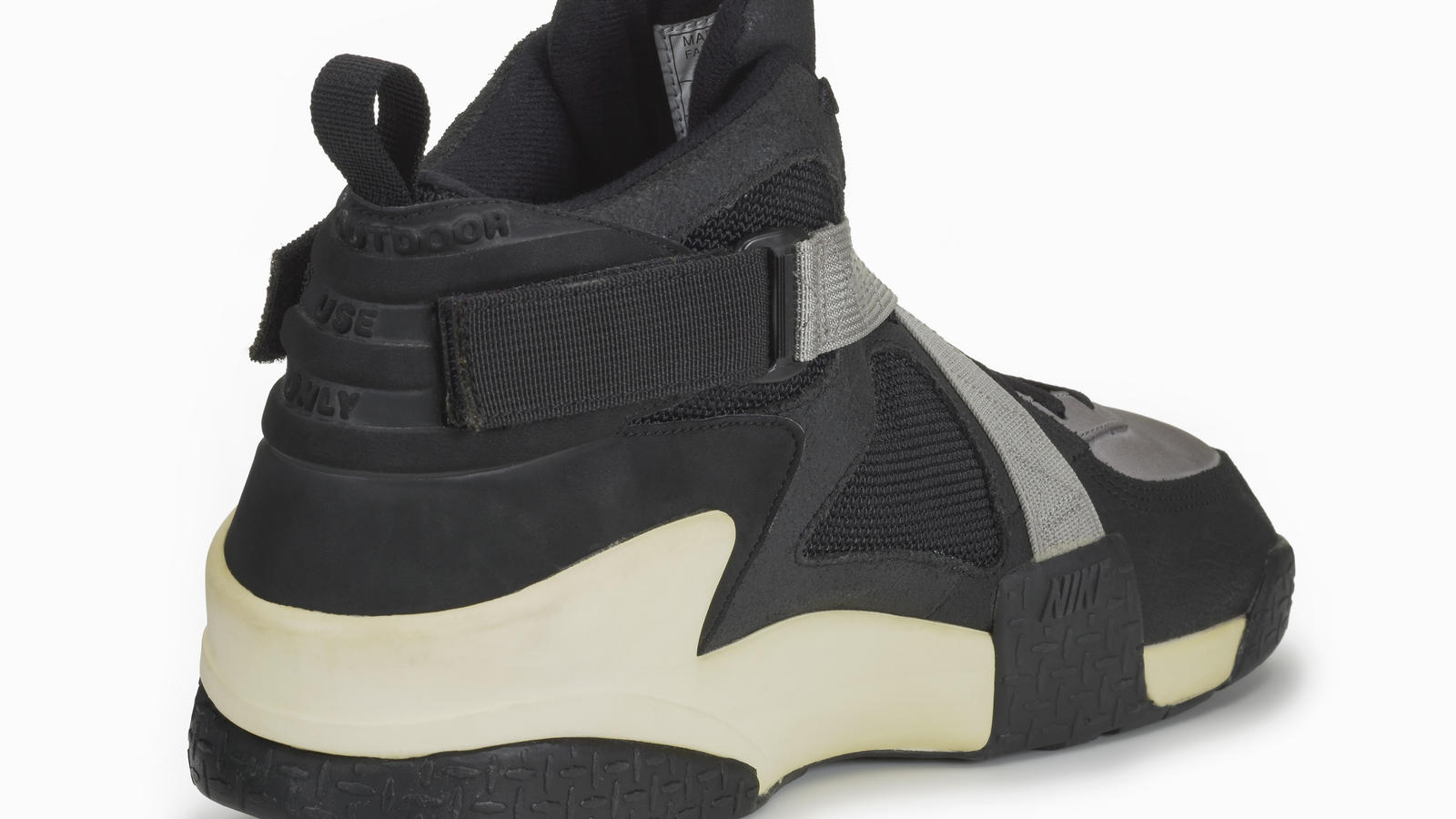 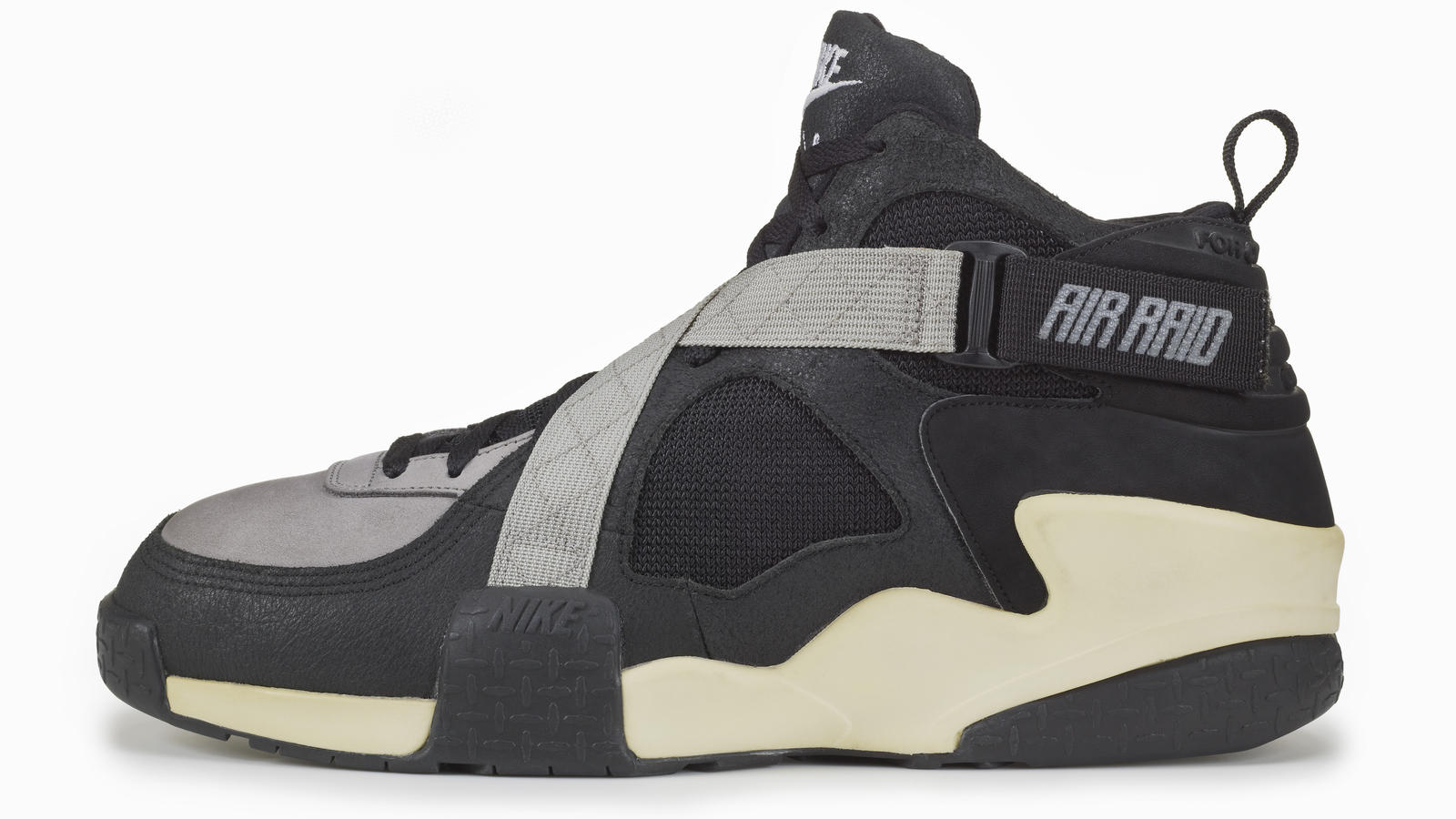 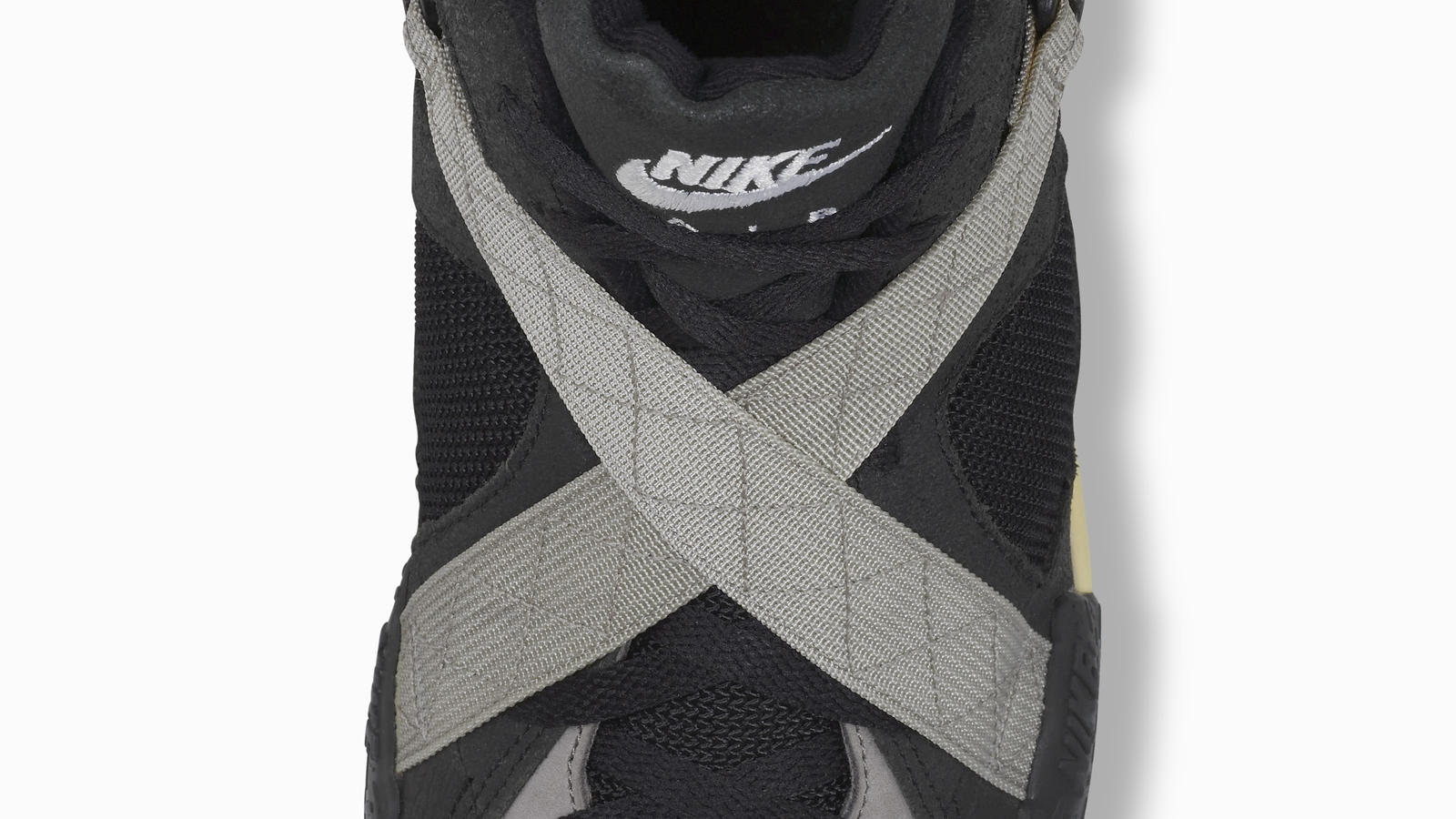 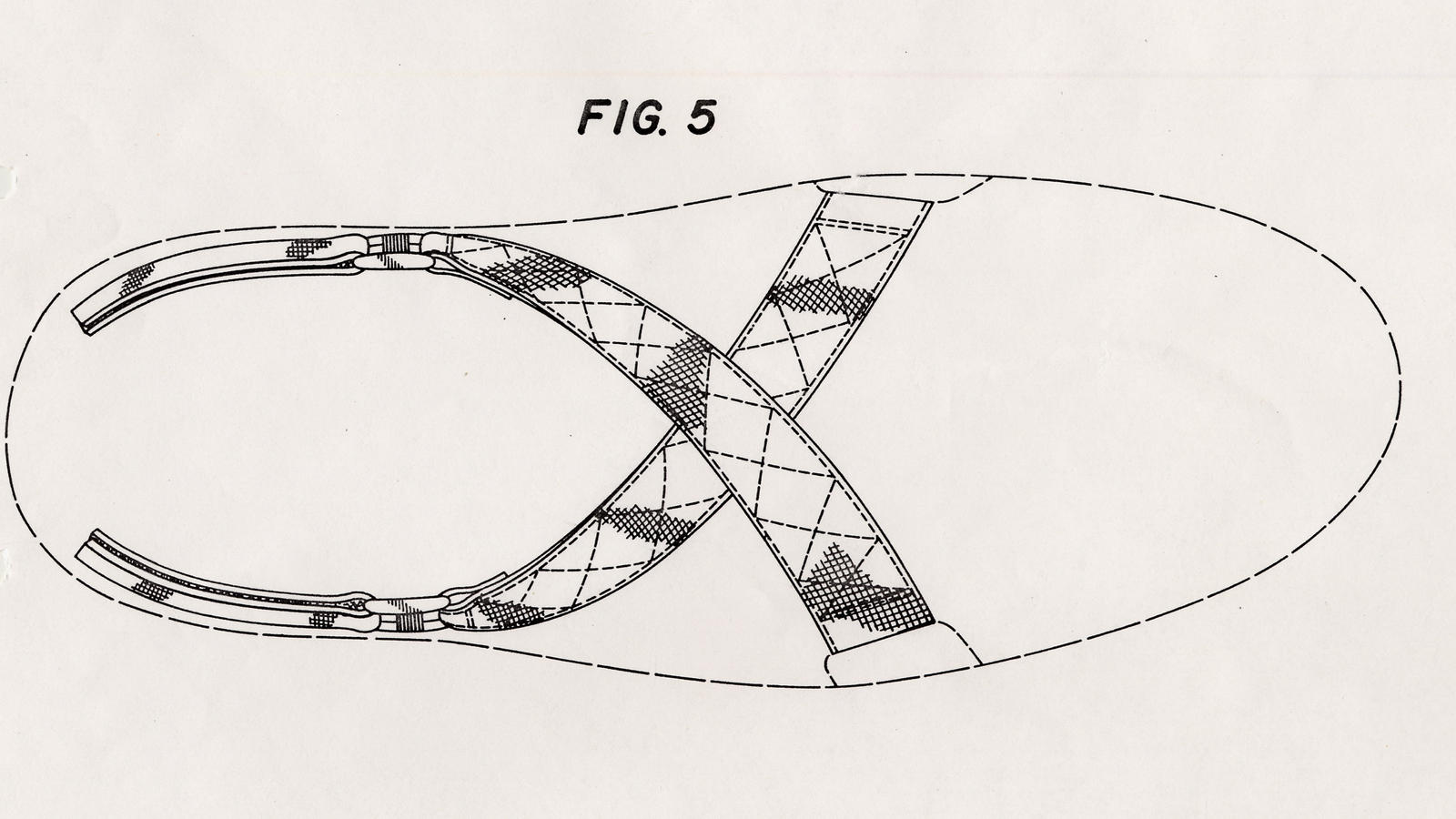 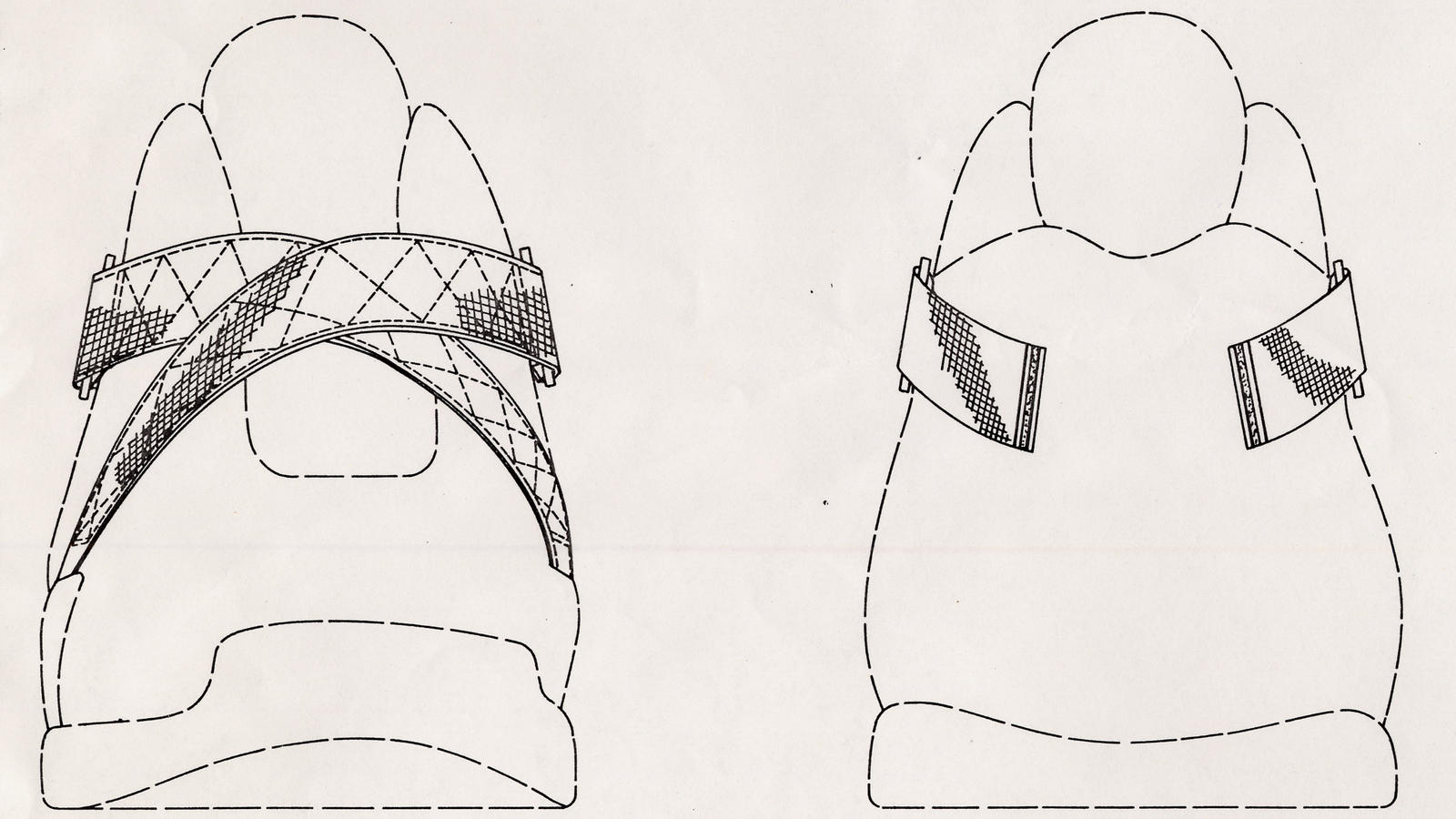 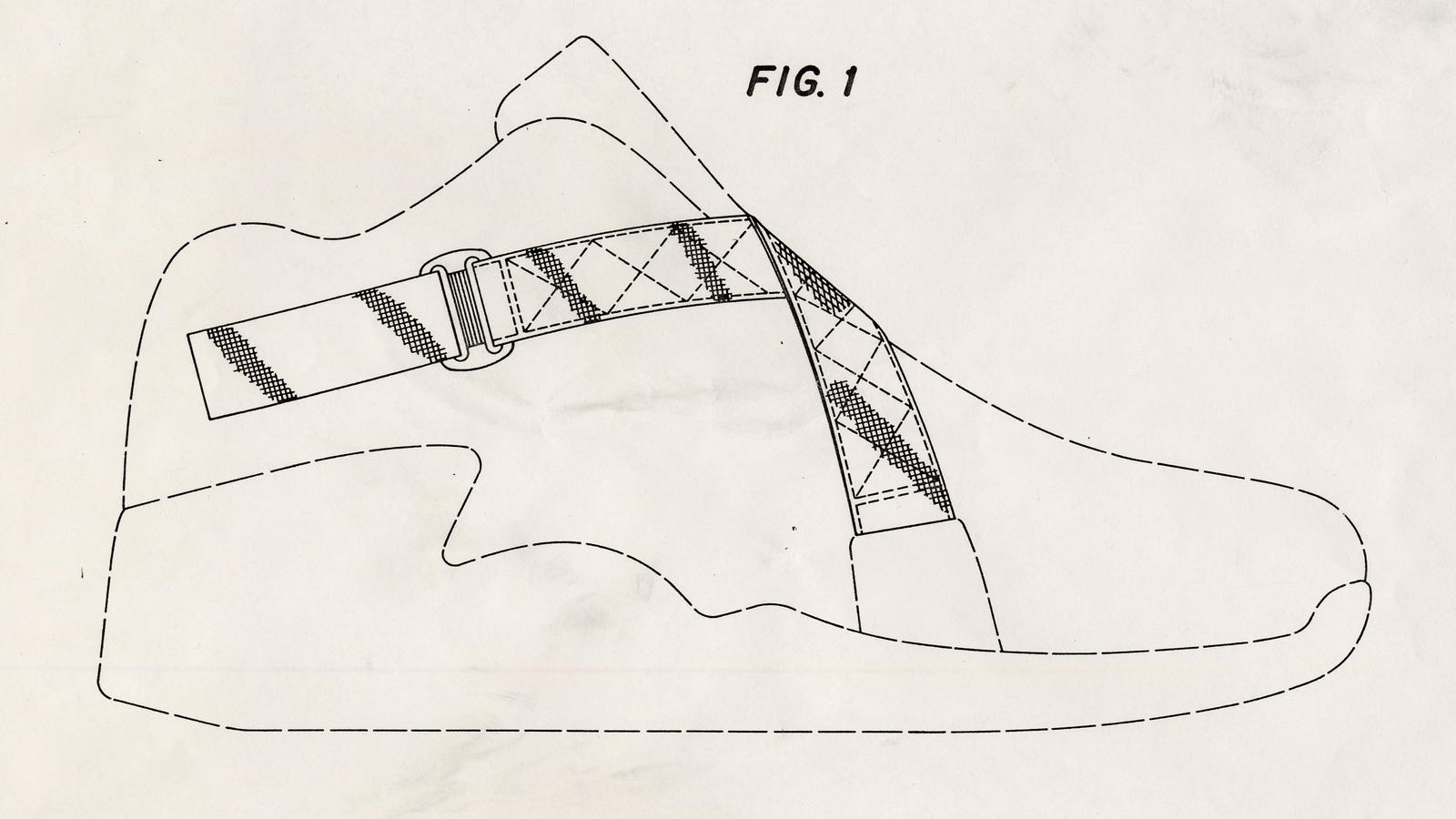 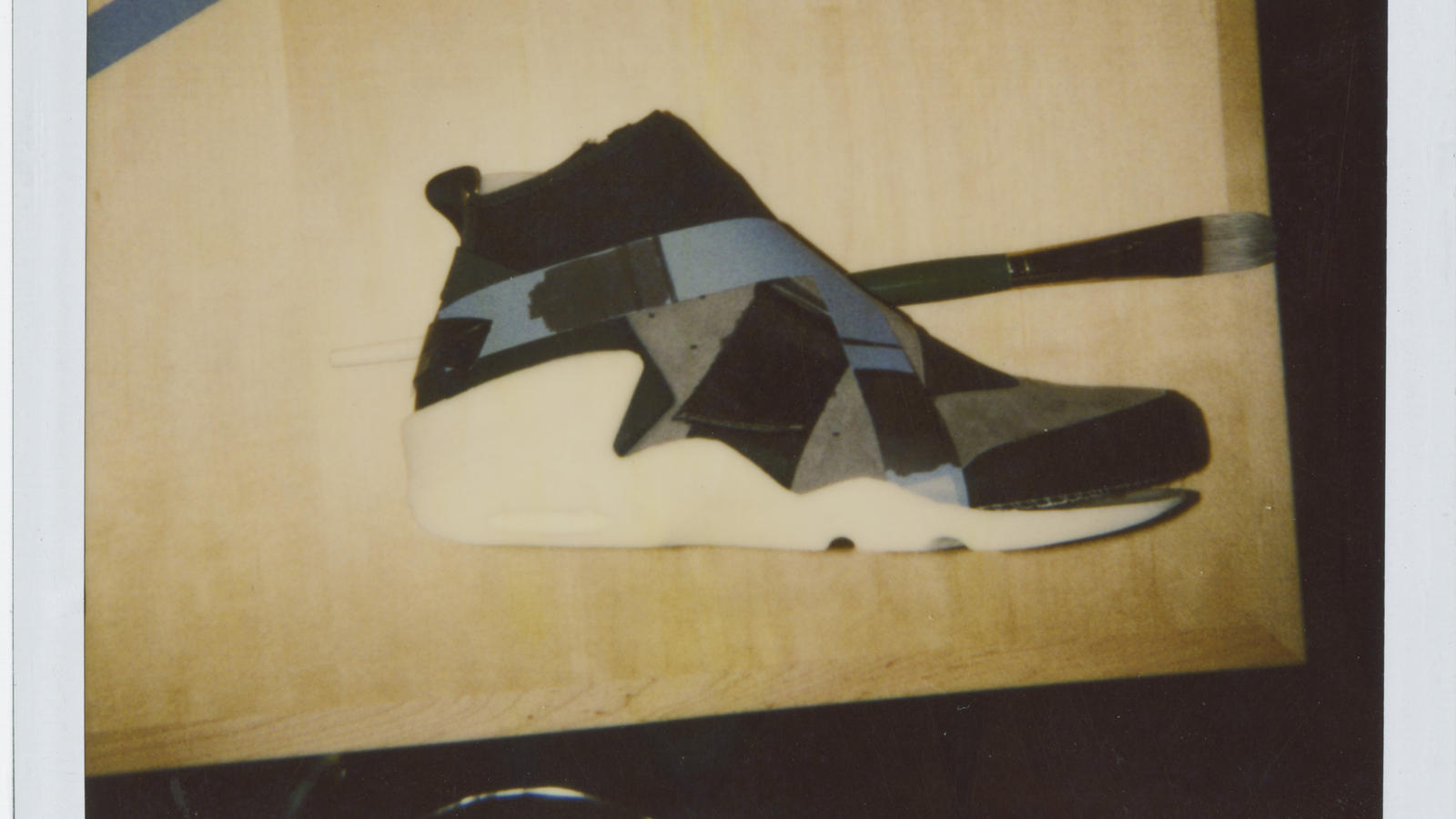 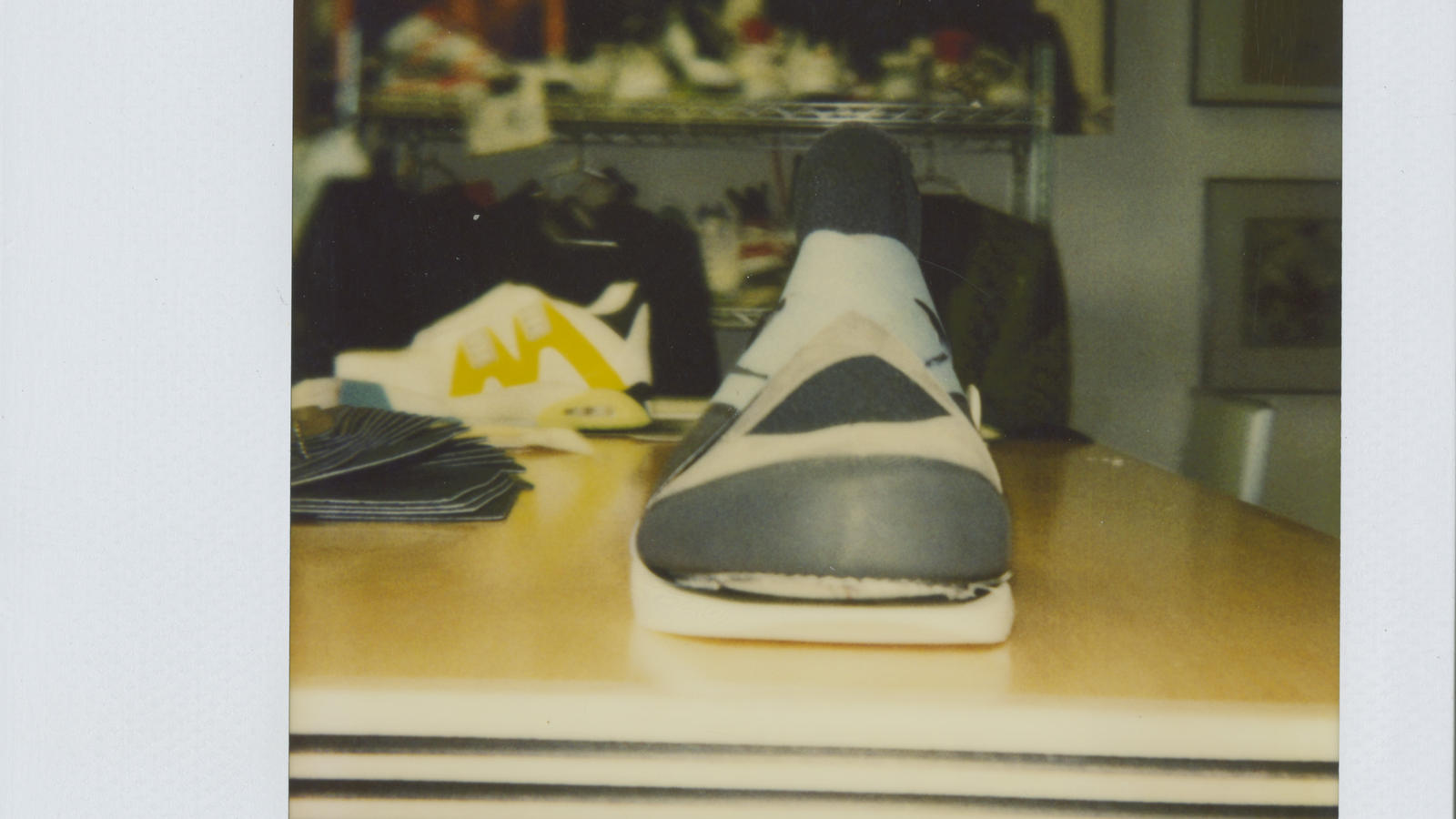 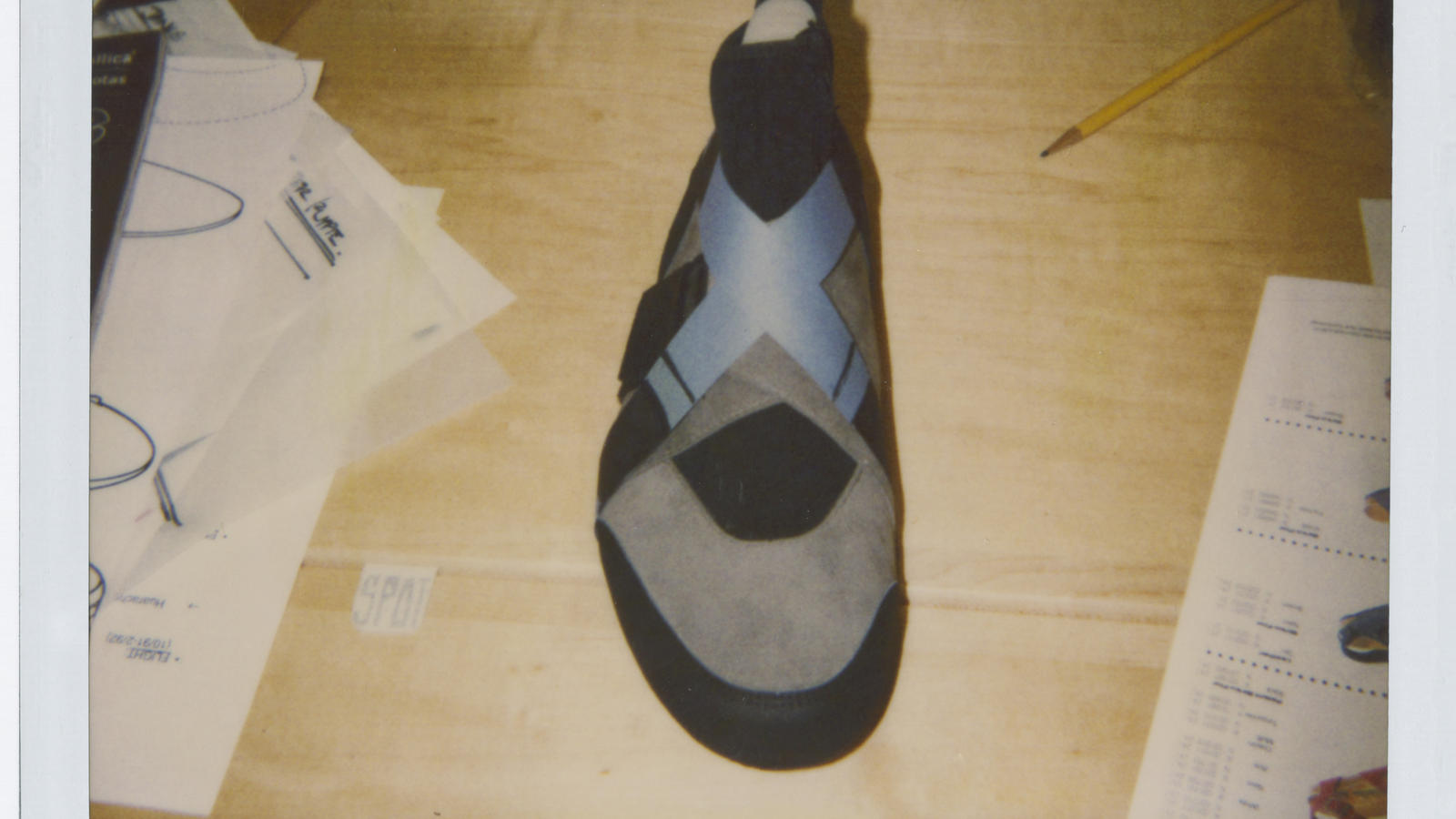 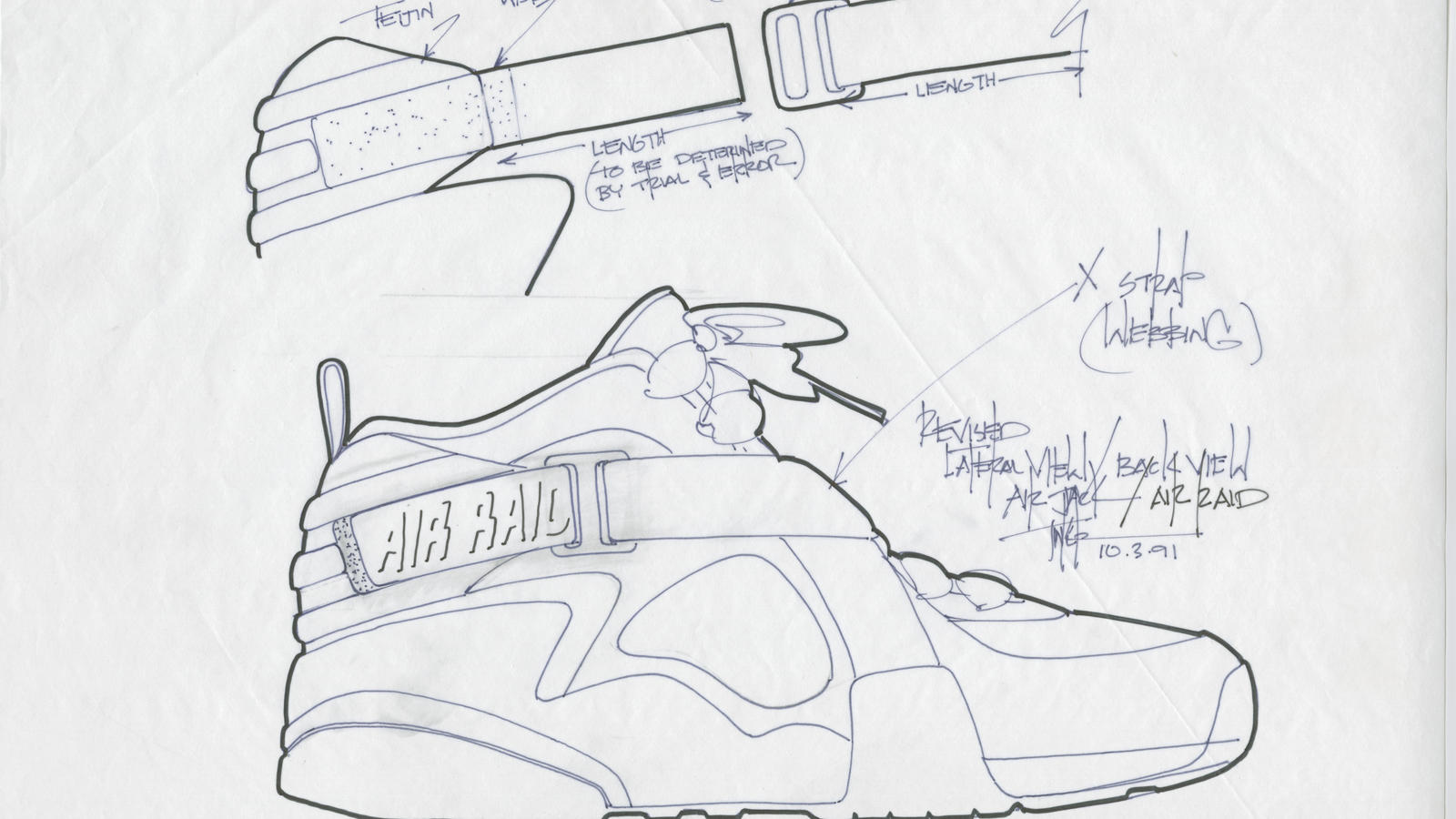 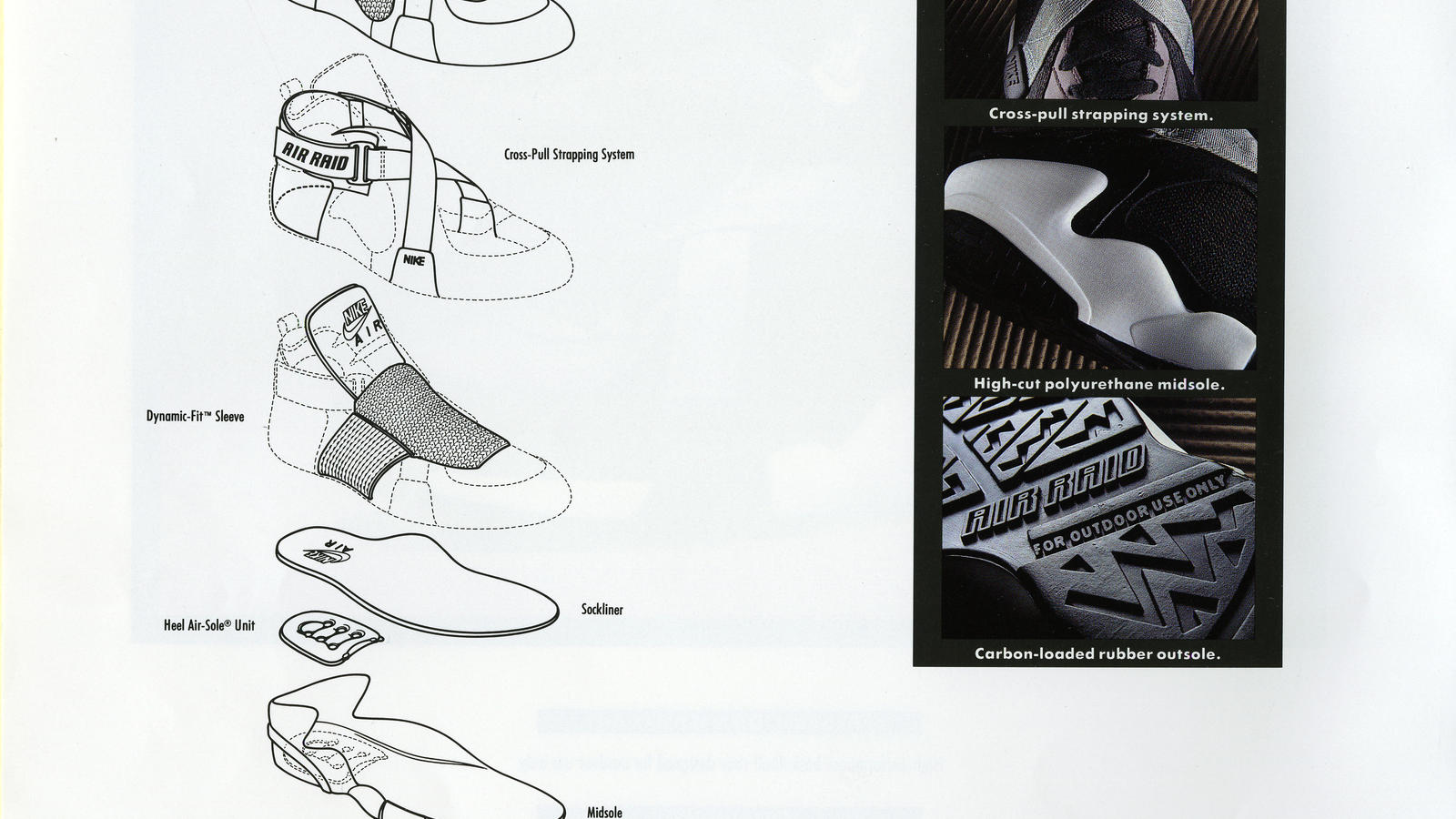 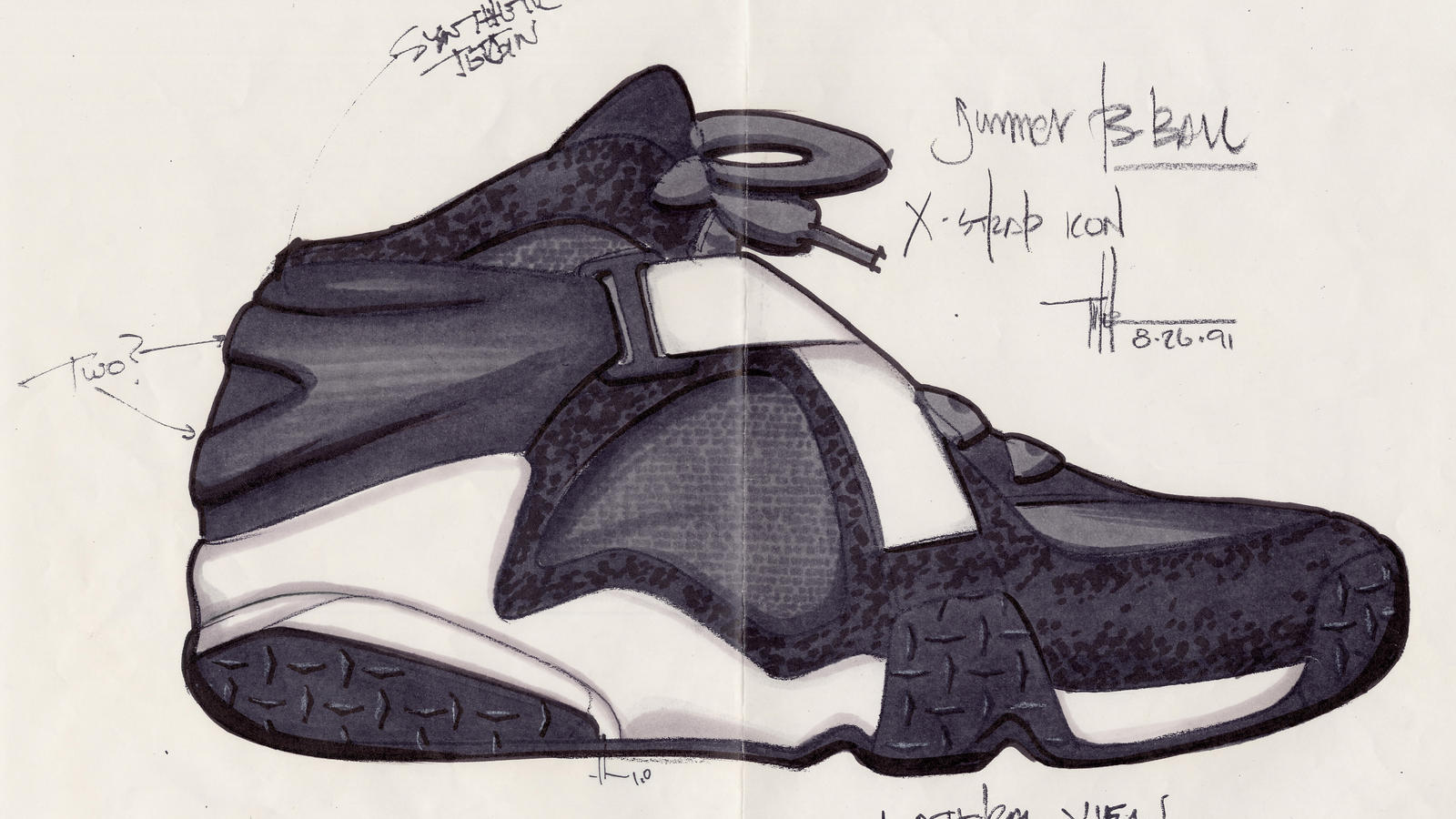 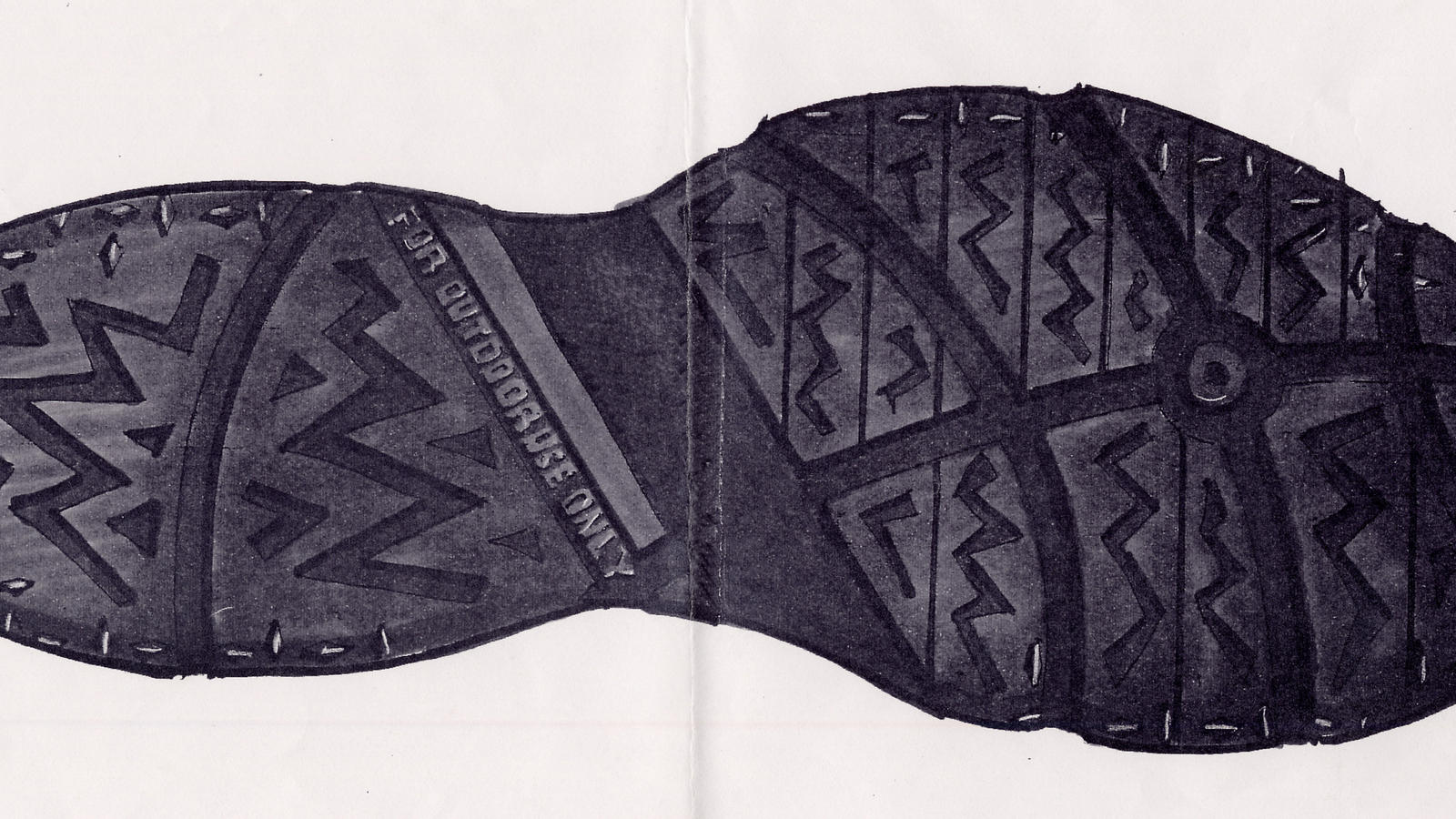 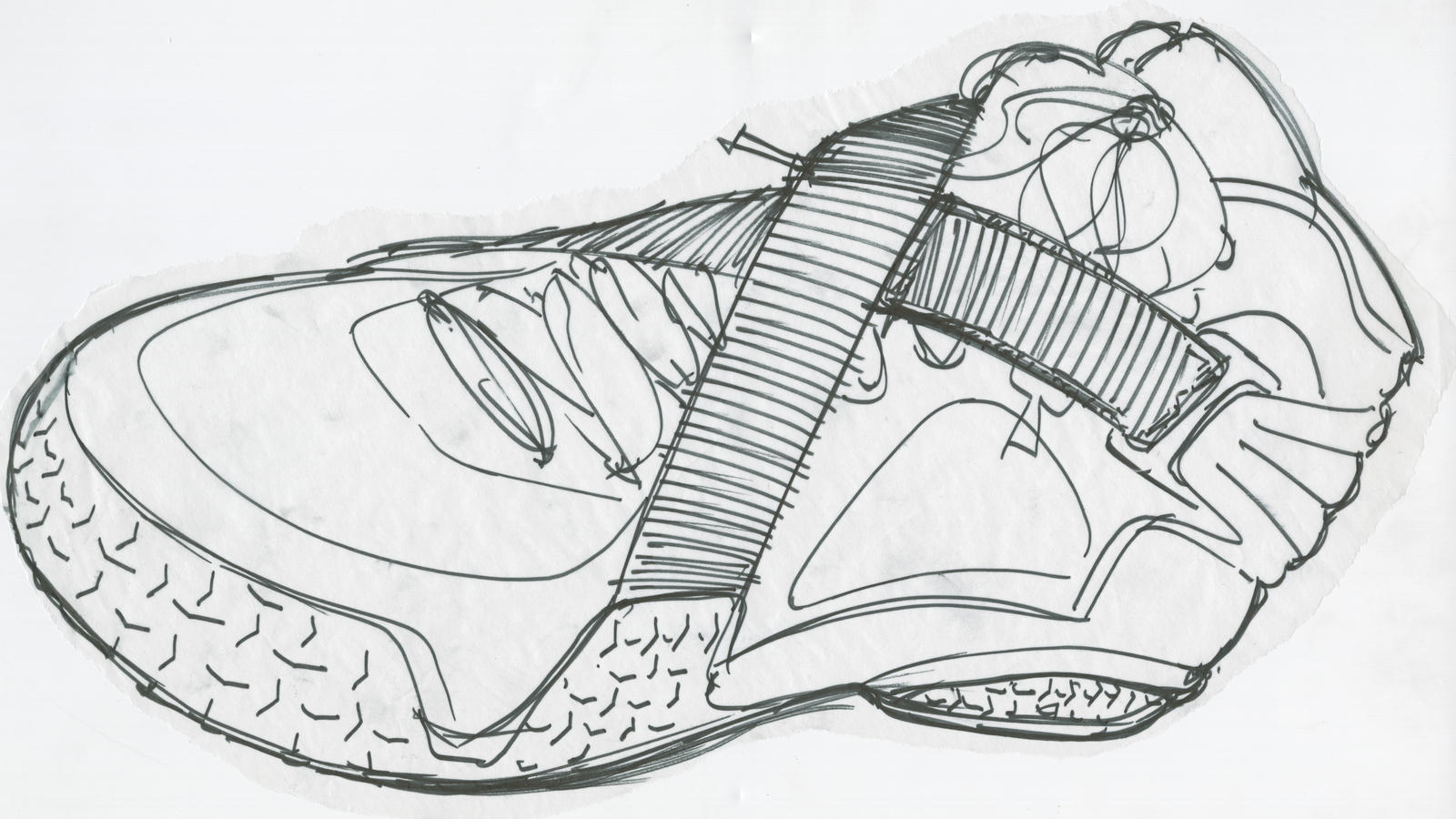 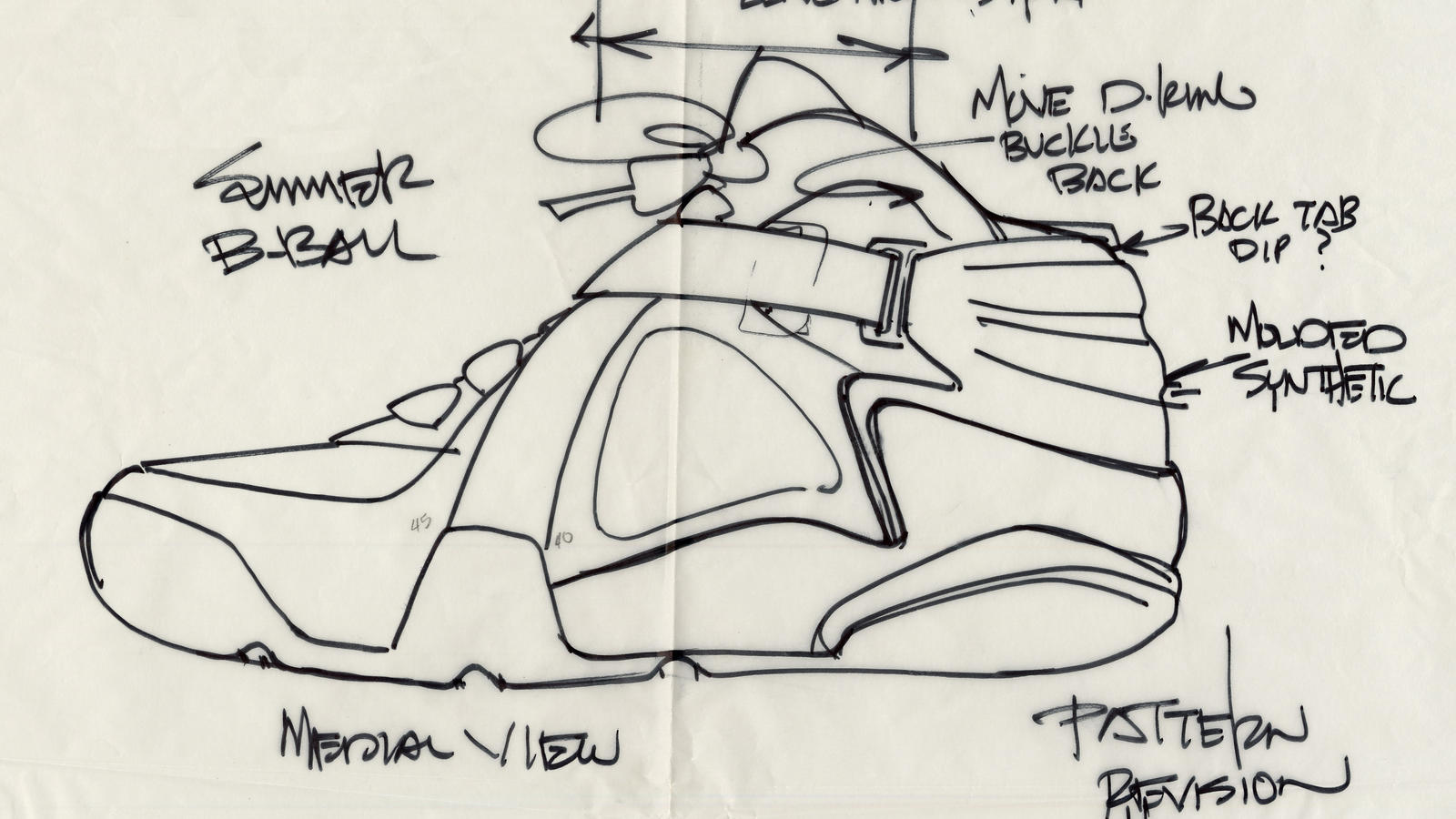 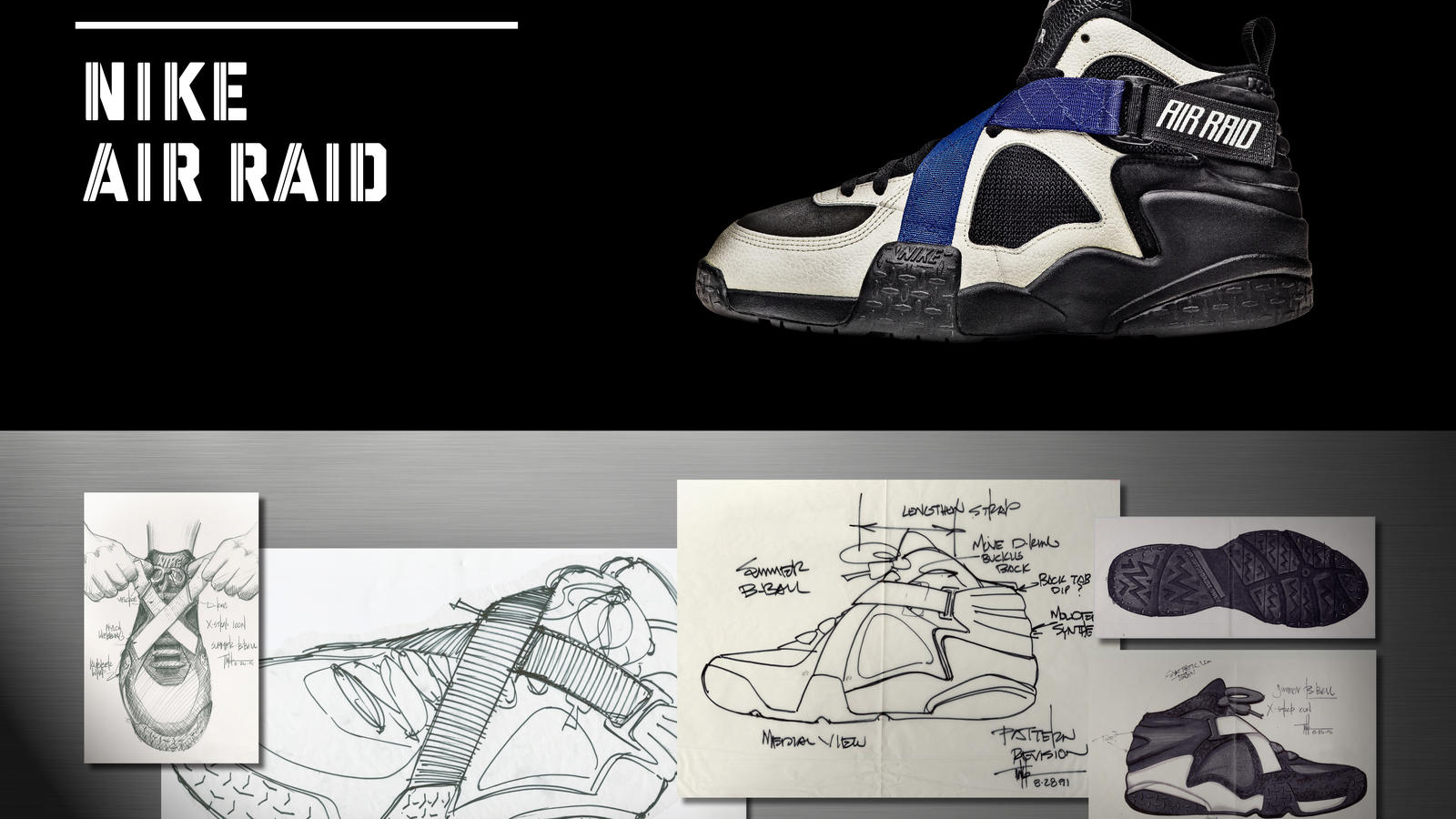 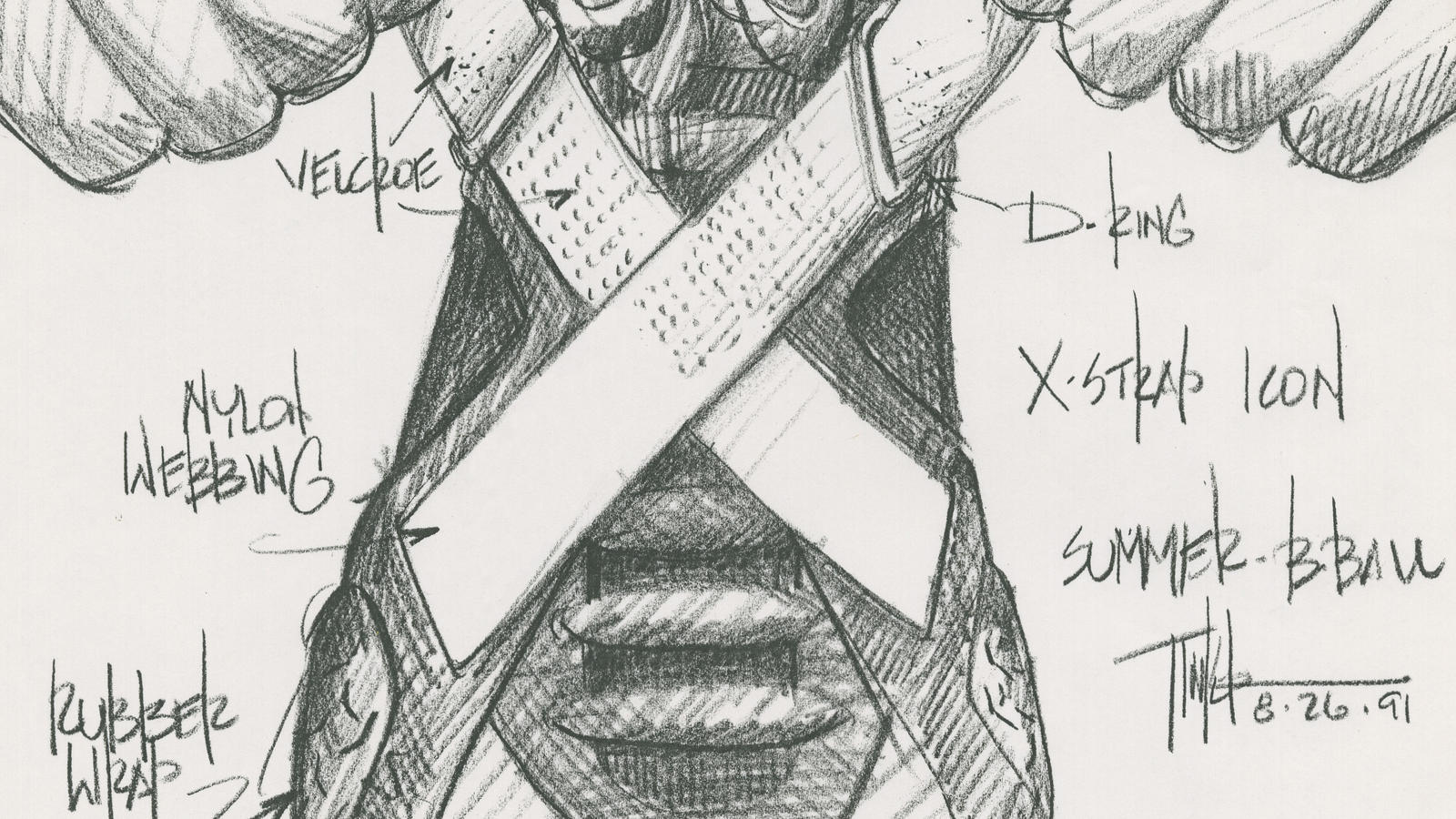 “That X was about strapping up to go into battle, because you’re going to get knocked around the frickin’ cage and you need to strap yourself in.” - Tinker Hatfield

Blame the yellow sticky. It took a small paper note to instigate the most hardwearing Nike shoe to date. Delivered from the very top, it was less a request and more of an instruction — make a shoe for outdoor basketball.

With Tinker Hatfield sketching and fellow designer Mark Smith deployed to New York the following day to capture the look and mood of the city’s concrete battlegrounds, it became clear that this was a completely different game. This was where big league heroes could be humbled by local legends.

Rather than resorting to extra bulk, the Nike Air Raid was a shoe that needed to be built from the ground up. The sole stayed flat to ensure total contact with the ground and the quest to strike a balance between resilience and light weight resulted in an expressive and interactive design that worked with an outdoor environment. The heavy-duty lateral bumper was added out of necessity, padding was studied meticulously and Tinker’s cross strap design delivered total lockdown through experience. “I was looking at how athletes tape their ankles.”

That ‘X’ arrived at a moment when knowledge of self and roughneck aesthetics united. Through sheer coincidence, movements converged and a bubbling culture spilled into the Nike Air Raid’s DNA almost unconsciously. Supported by an equally confrontational ad campaign that helped imprint an ‘X’ on an entire generation’s psyche, caged courts got the shoes it deserved. Twenty years later, it’s still one of Tinker’s favorite projects. “We felt that in a short space of time, we’d caught the essence of the shoe itself — a rougher game without officials and referees.”