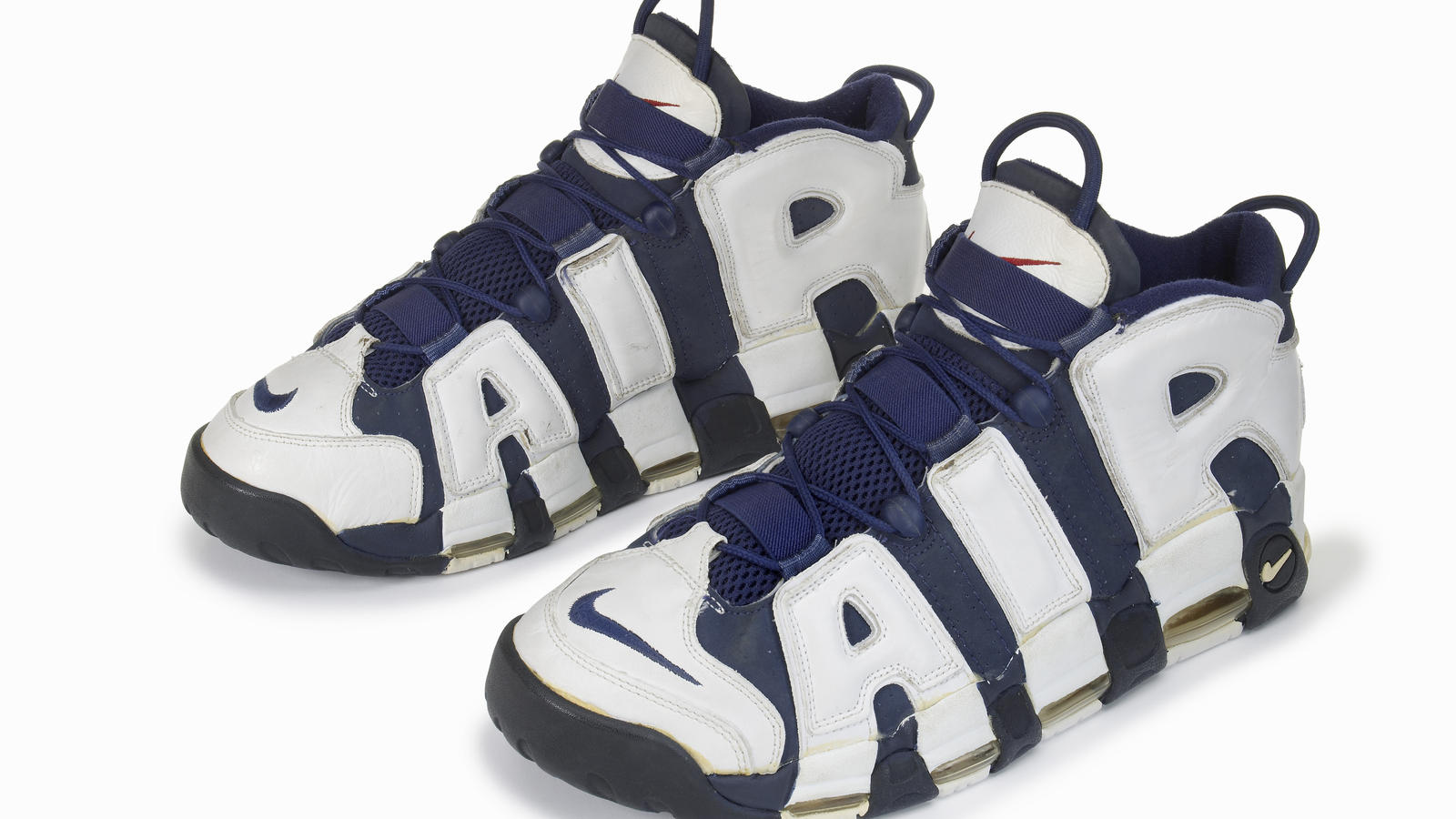 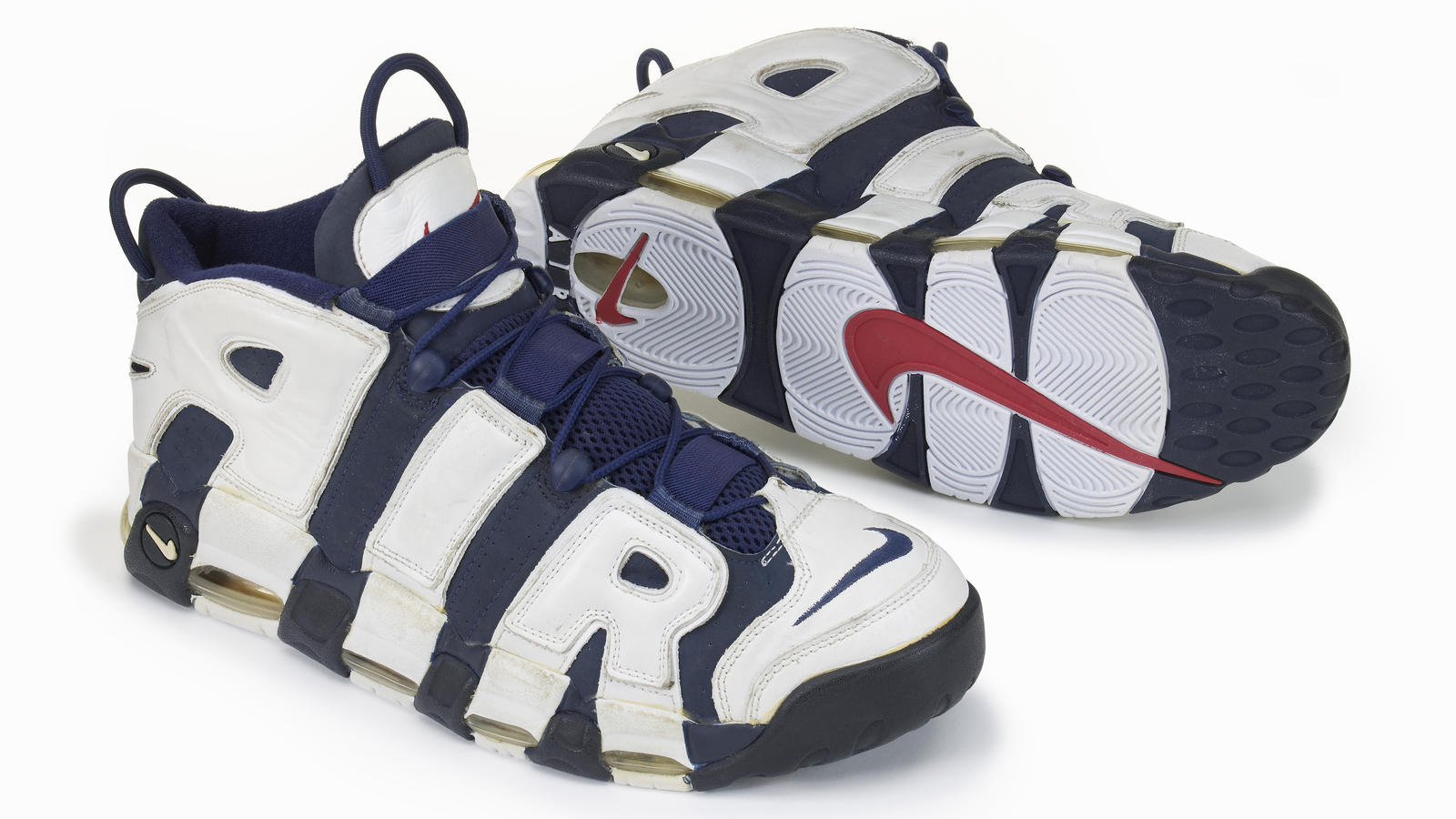 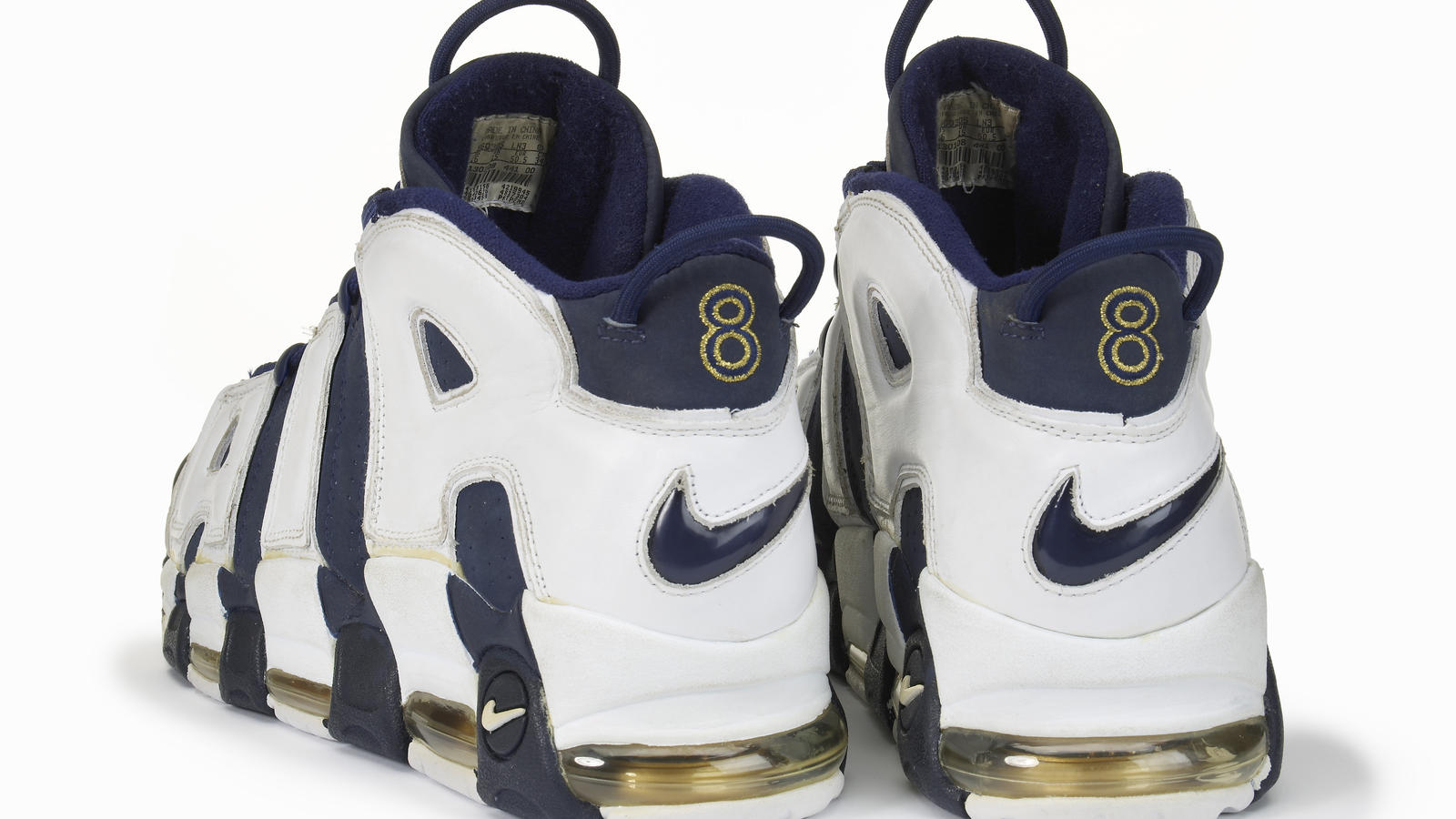 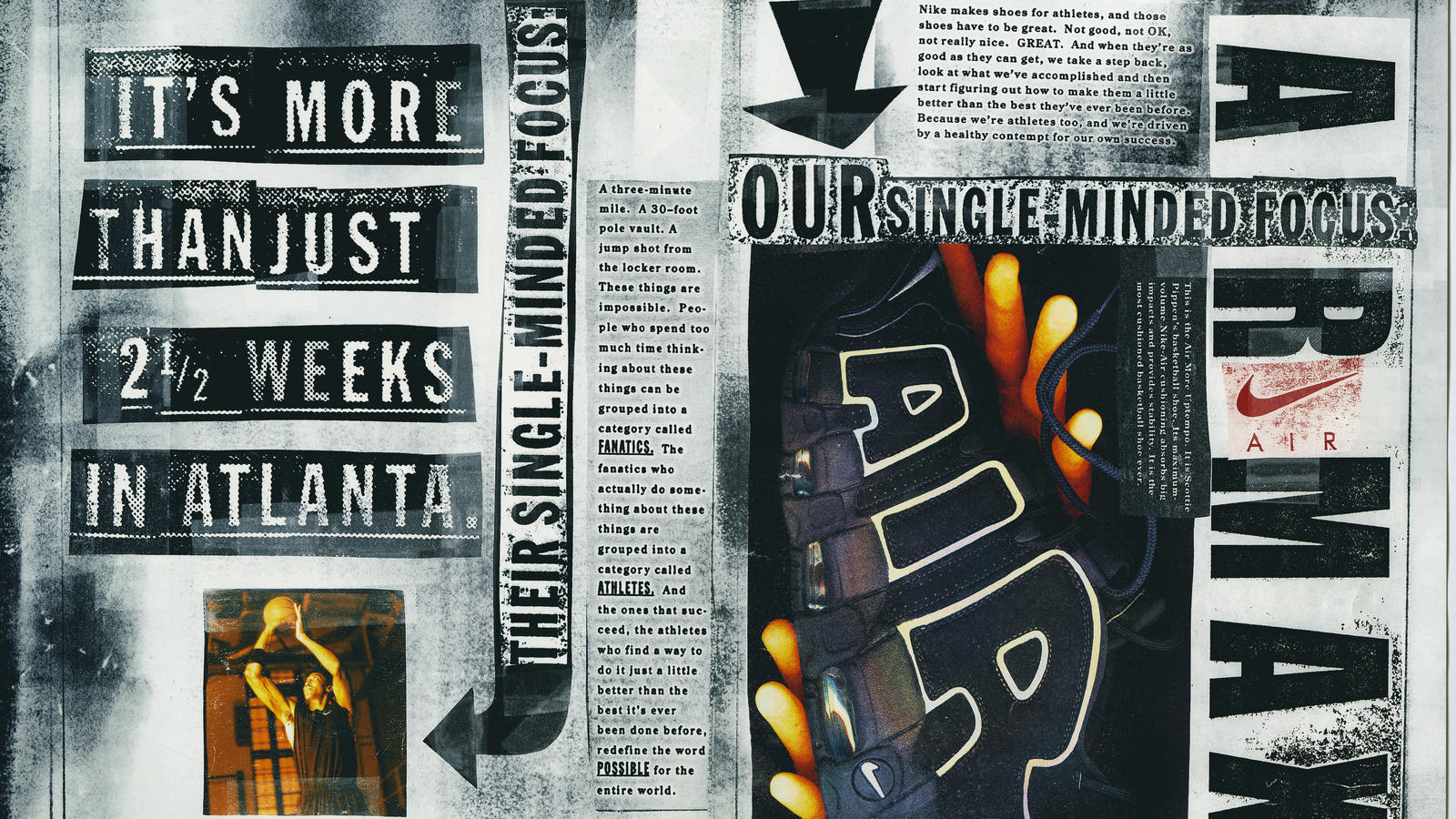 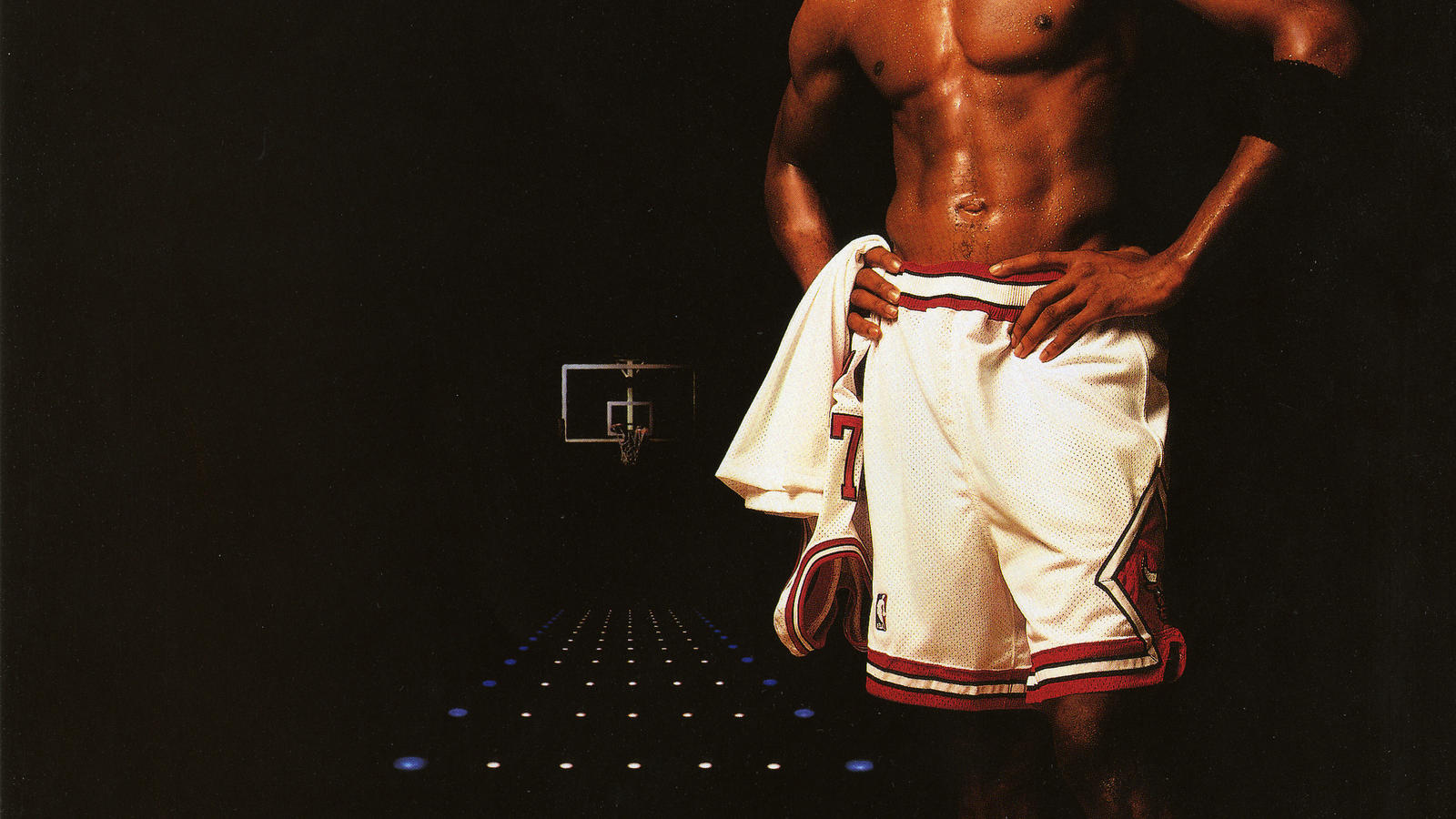 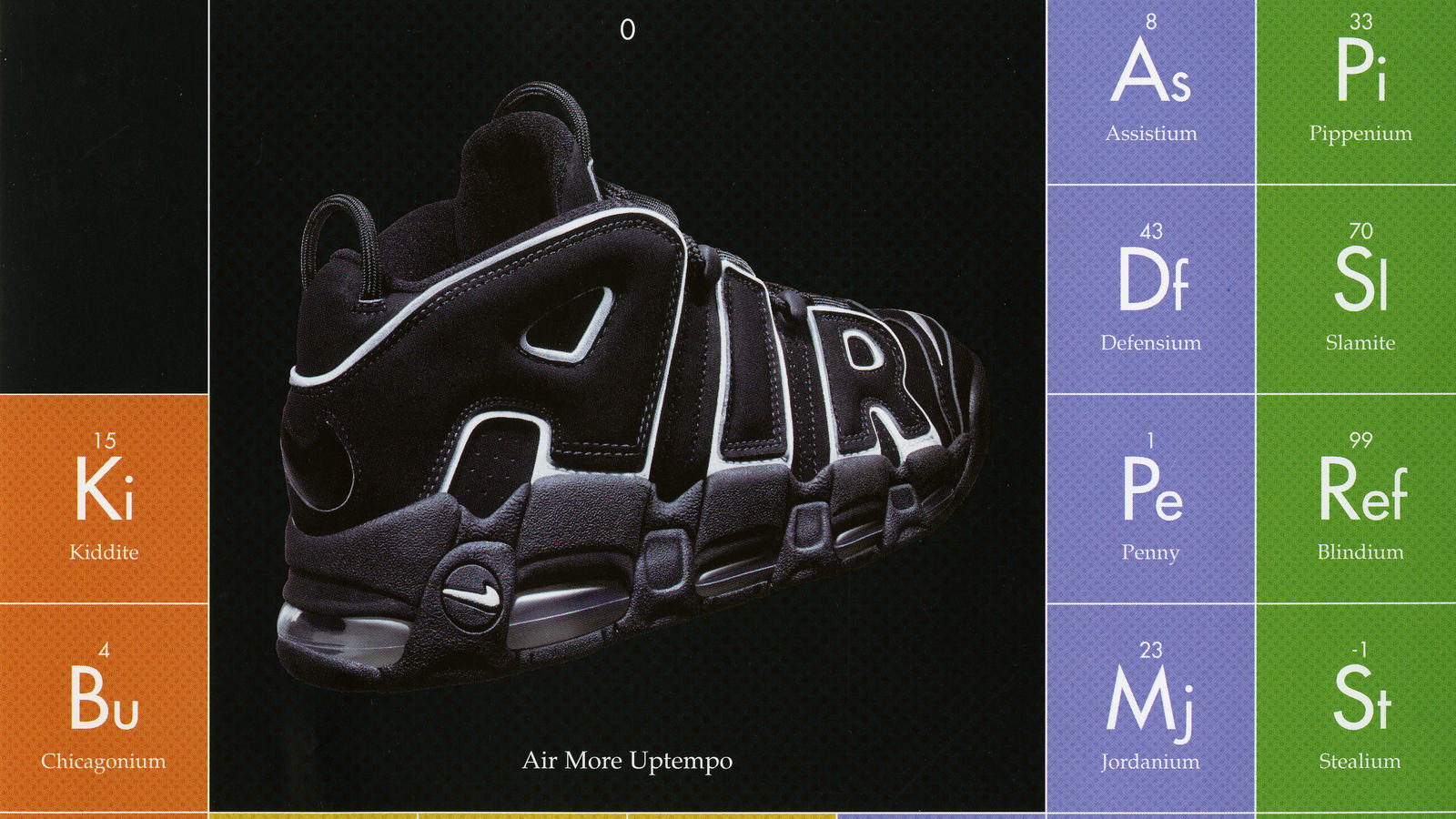 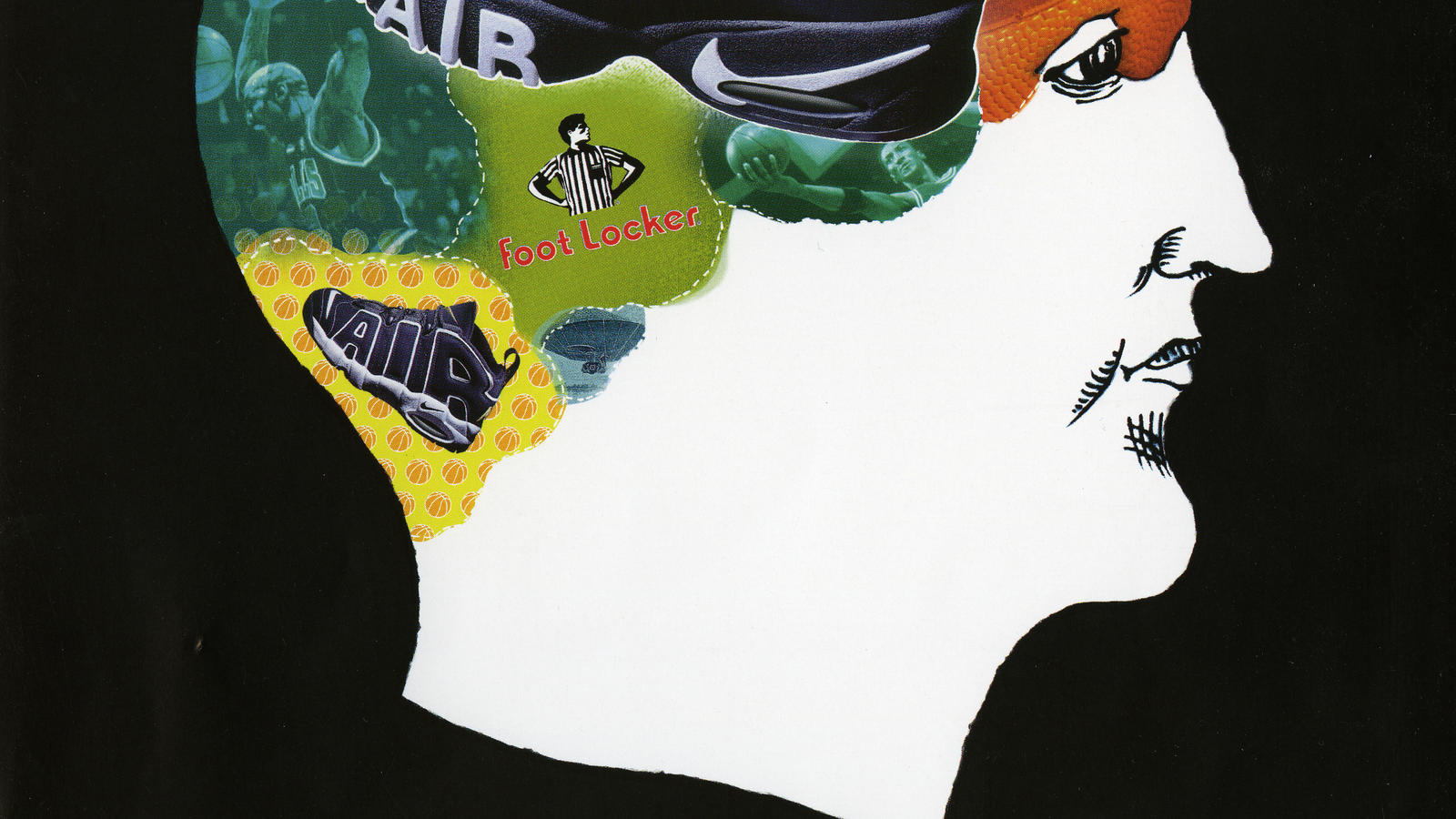 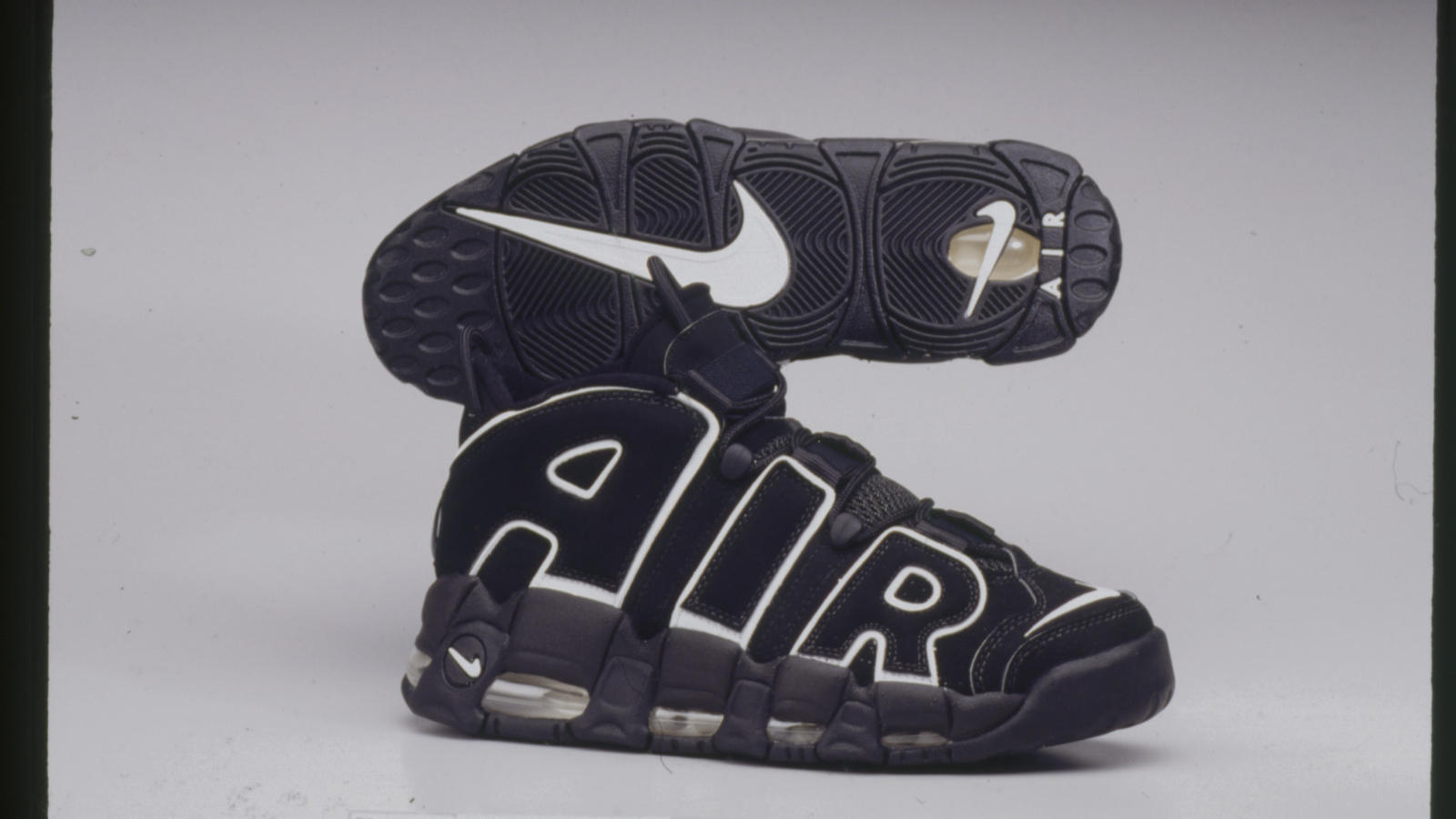 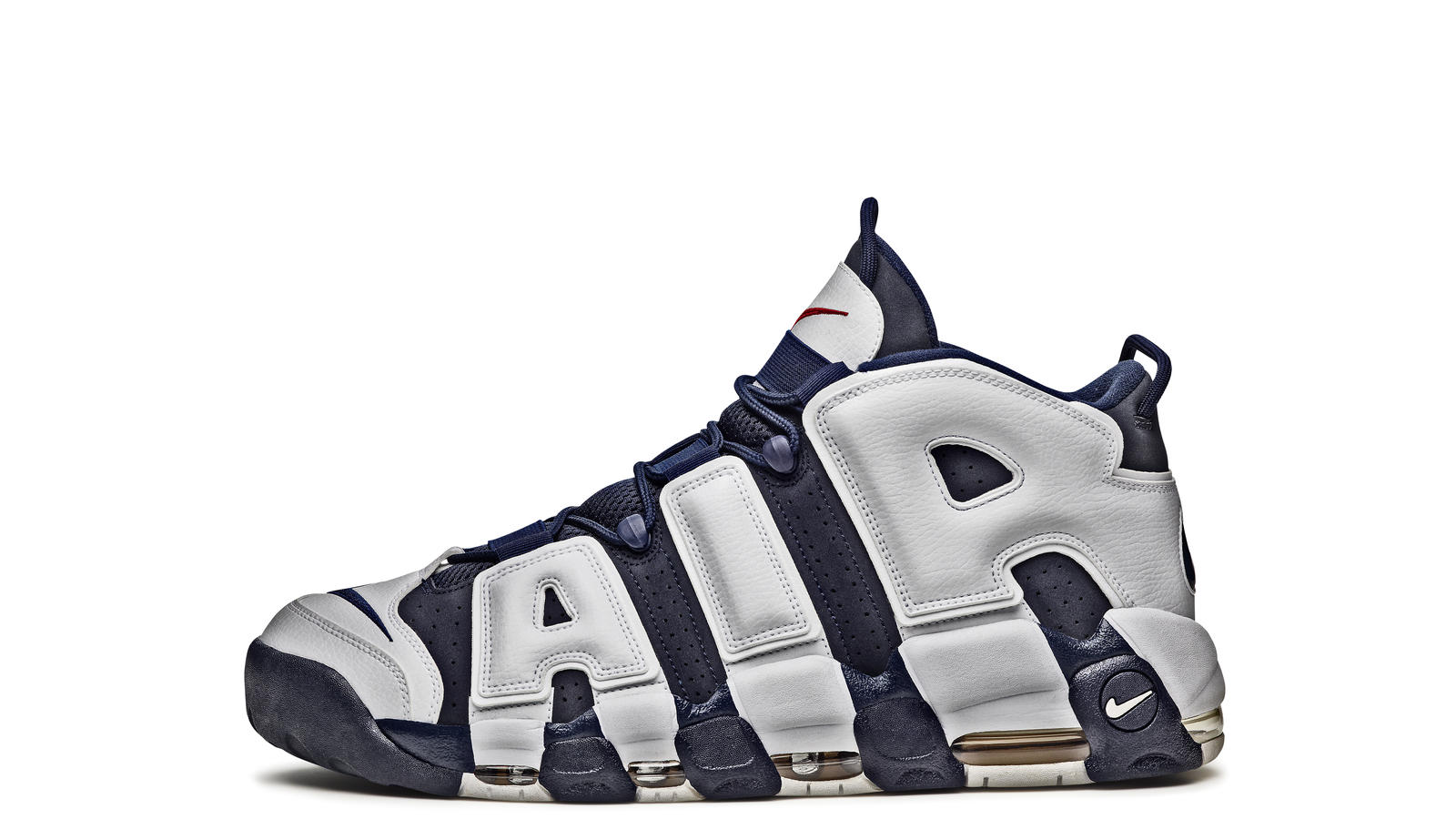 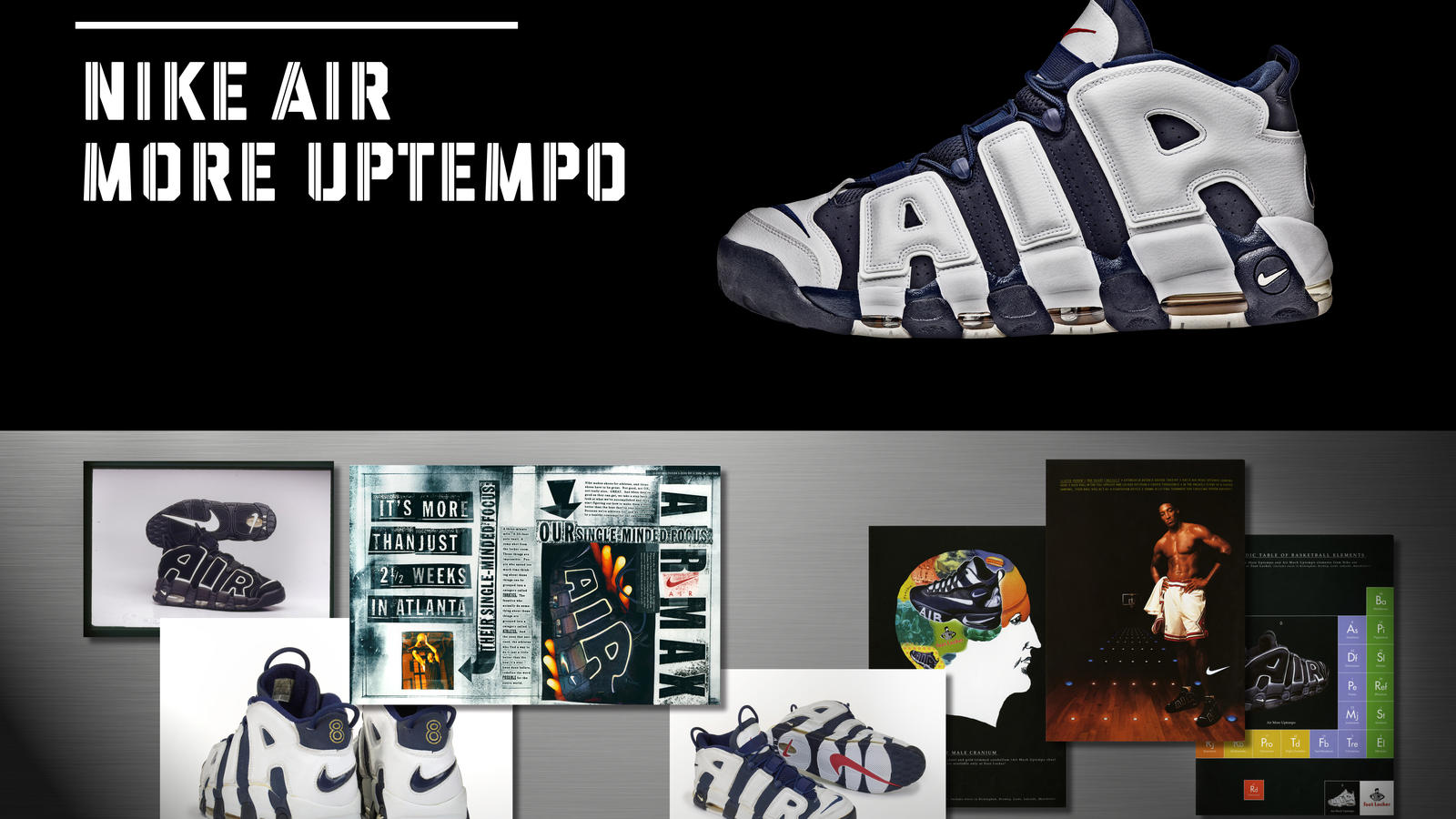 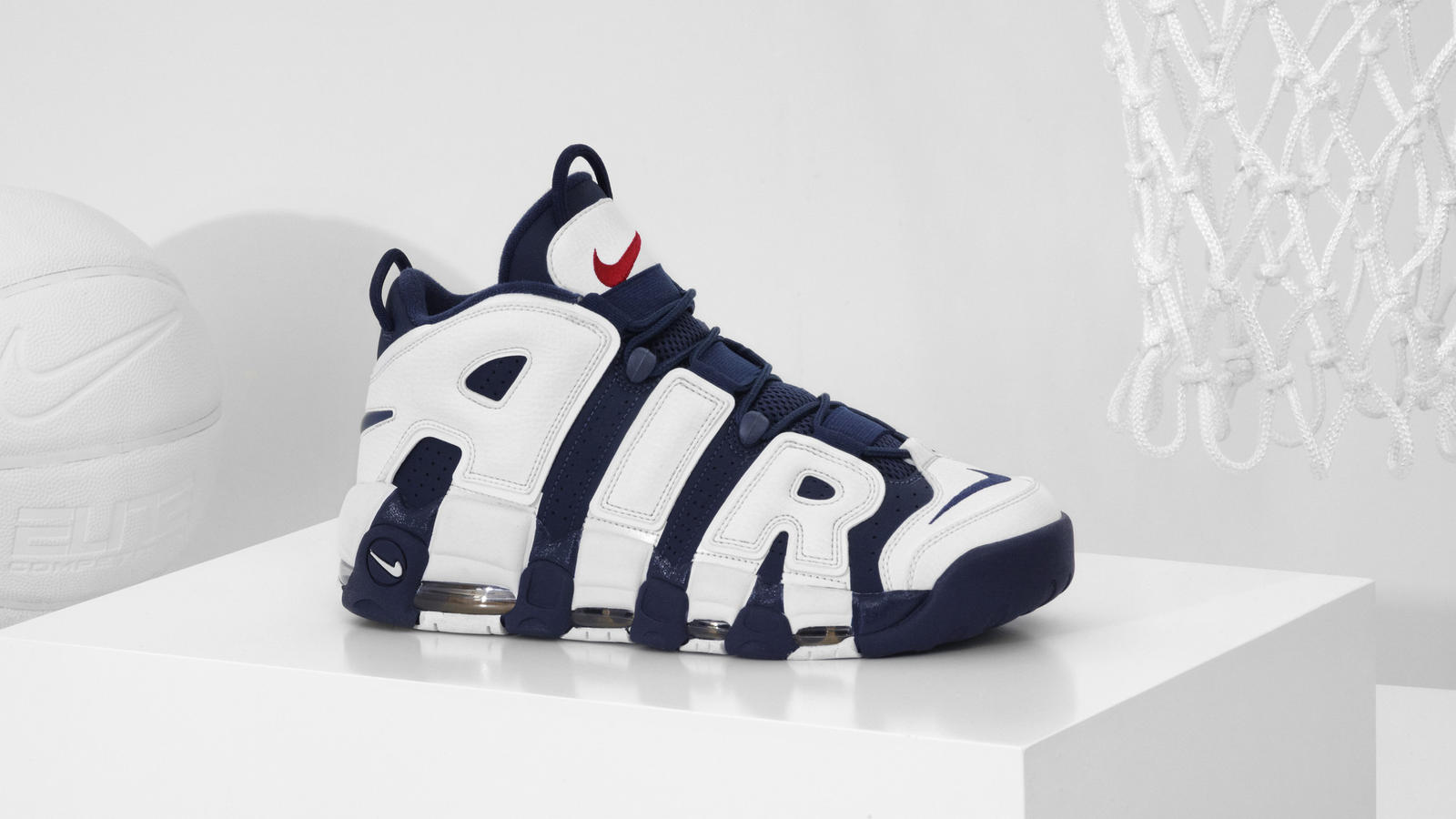 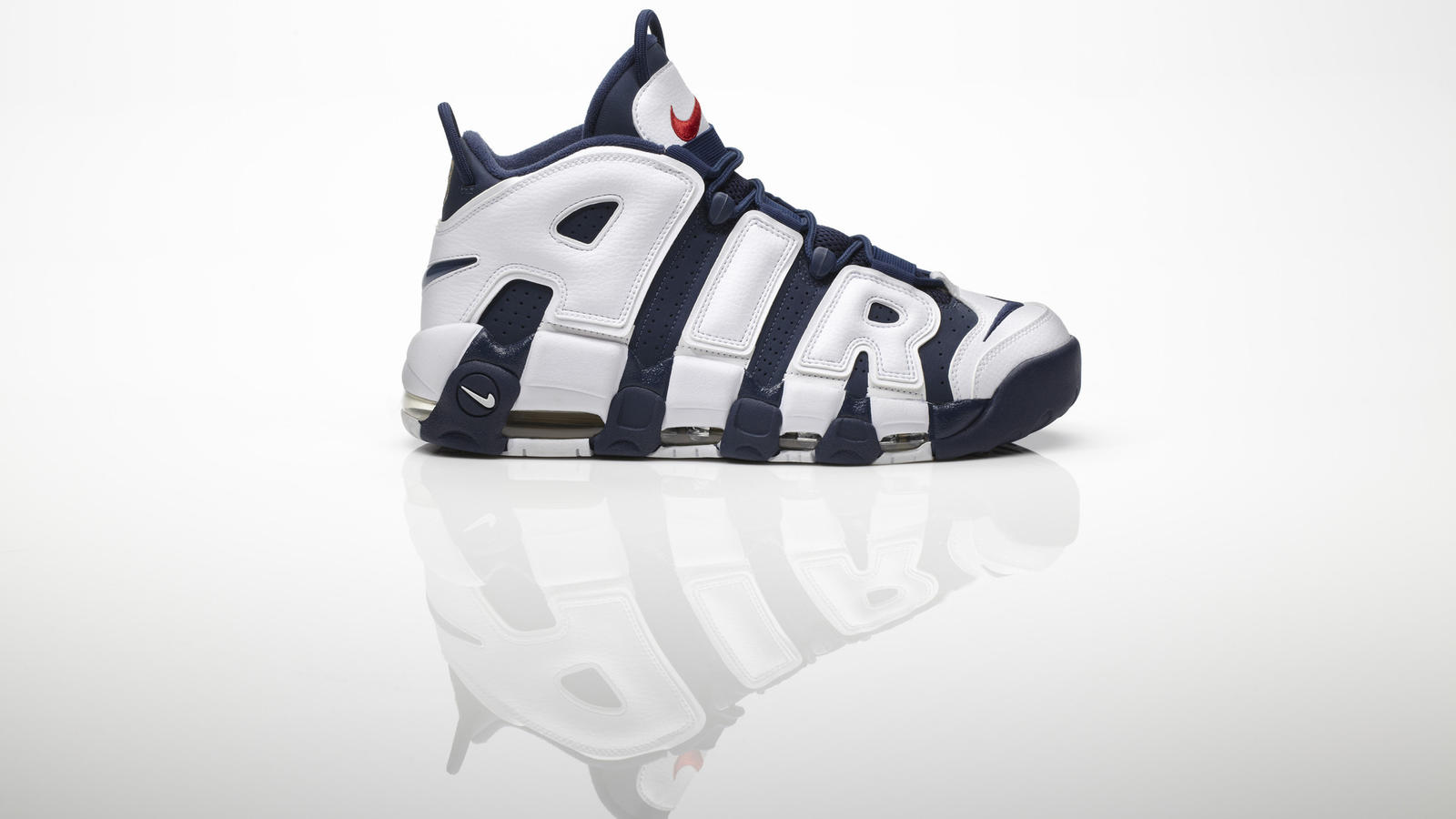 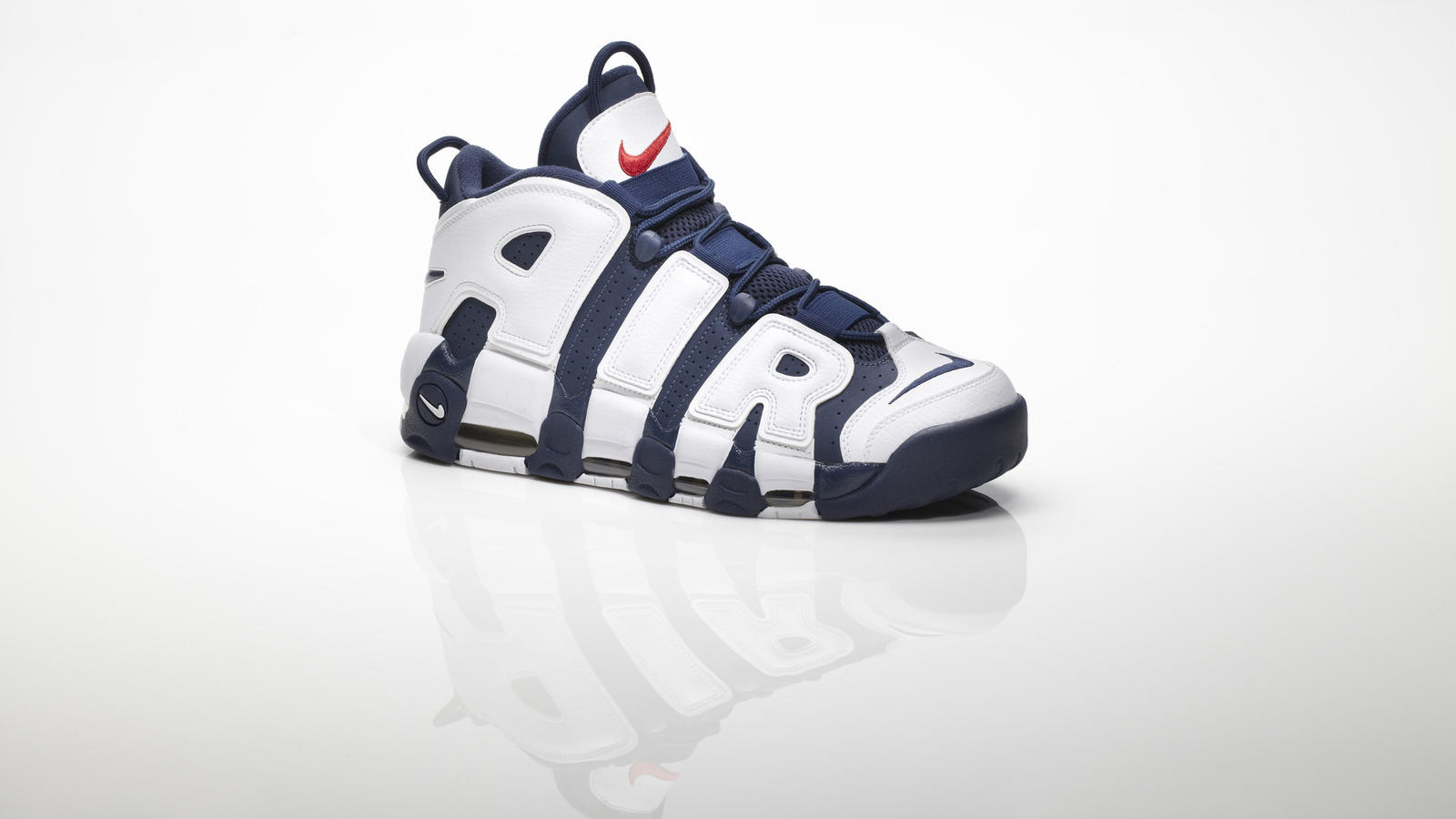 “I think generally the mid-90s were just a bigger-than-life time….”- Wilson Smith

Sometimes less isn’t more – logic is restored, and more is more. The Nike Air More Uptempo took branding to new heights to match an unprecedented application of Nike Air that ran from the toe to the heel. The mission for lead designer Wilson Smith was simple, “How can we just let the world know and express it as well as we can?”

Inspired by the oversized objects in pop art, graffiti on the side of trains and an architectural project he had worked on, Wilson worked ‘AIR’ into the upper to drive the point home. In 1996, cars were big, jeans were big, and big was better. The Nike Air More Uptempo was an extension of the environment.

Anti-subtle, but carefully correlated with the sole’s technology, Wilson was tactical in his approach. "I knew where the air bag kind of lined up, so I flipped it and on the medial I made the ‘AIR’ in the other direction."

Ideal for the vertical player who needed the lockdown and abundance of cushioning, the Nike Air More Uptempo became Scottie Pippen’s shoe of choice. Accompanied by the lighter Nike Air Much Uptempo, a point guard’s favorite, the shoes were hard to ignore on camera as the bright lights shined on Pippen and the game’s elite in Atlanta.