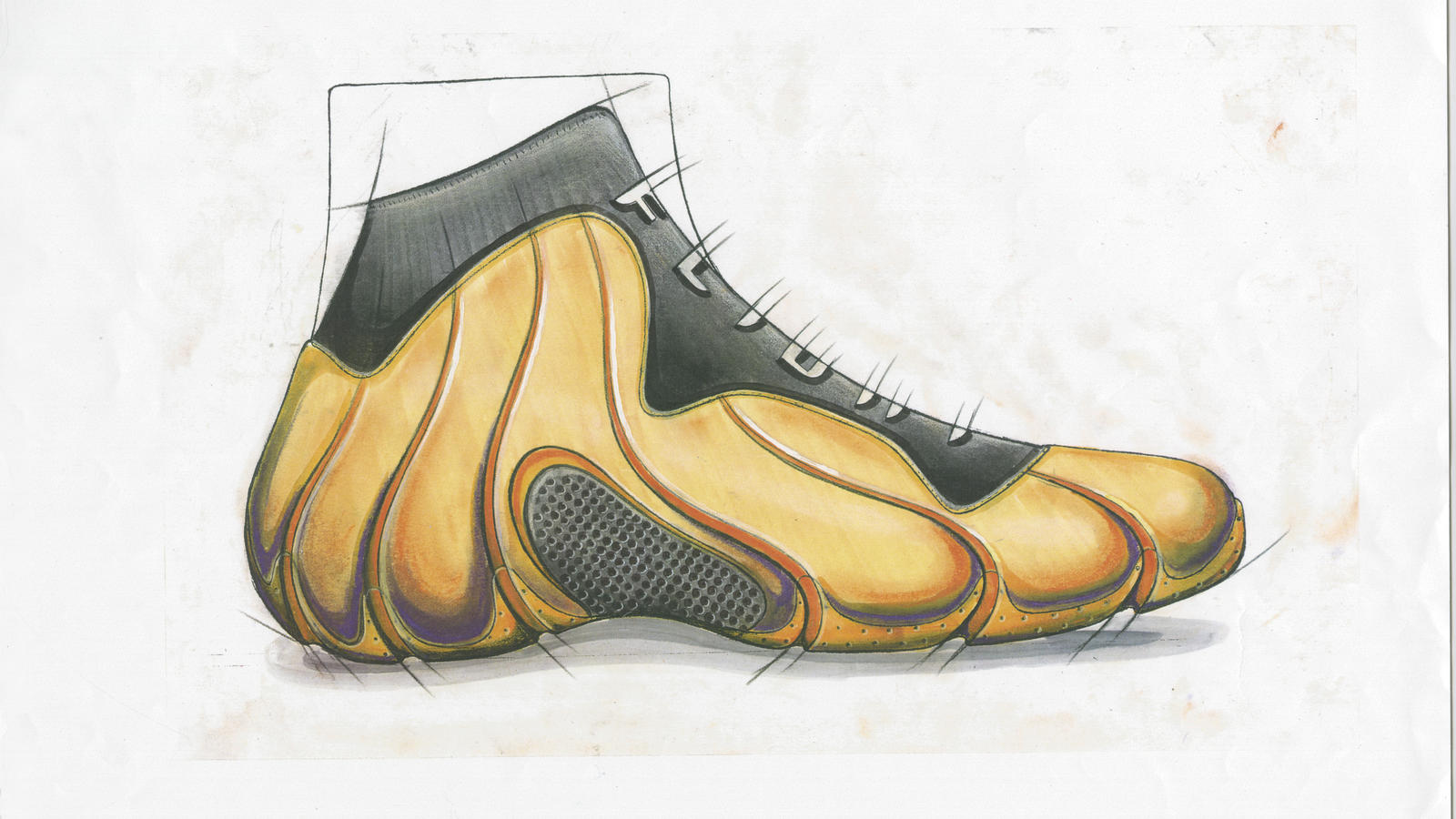 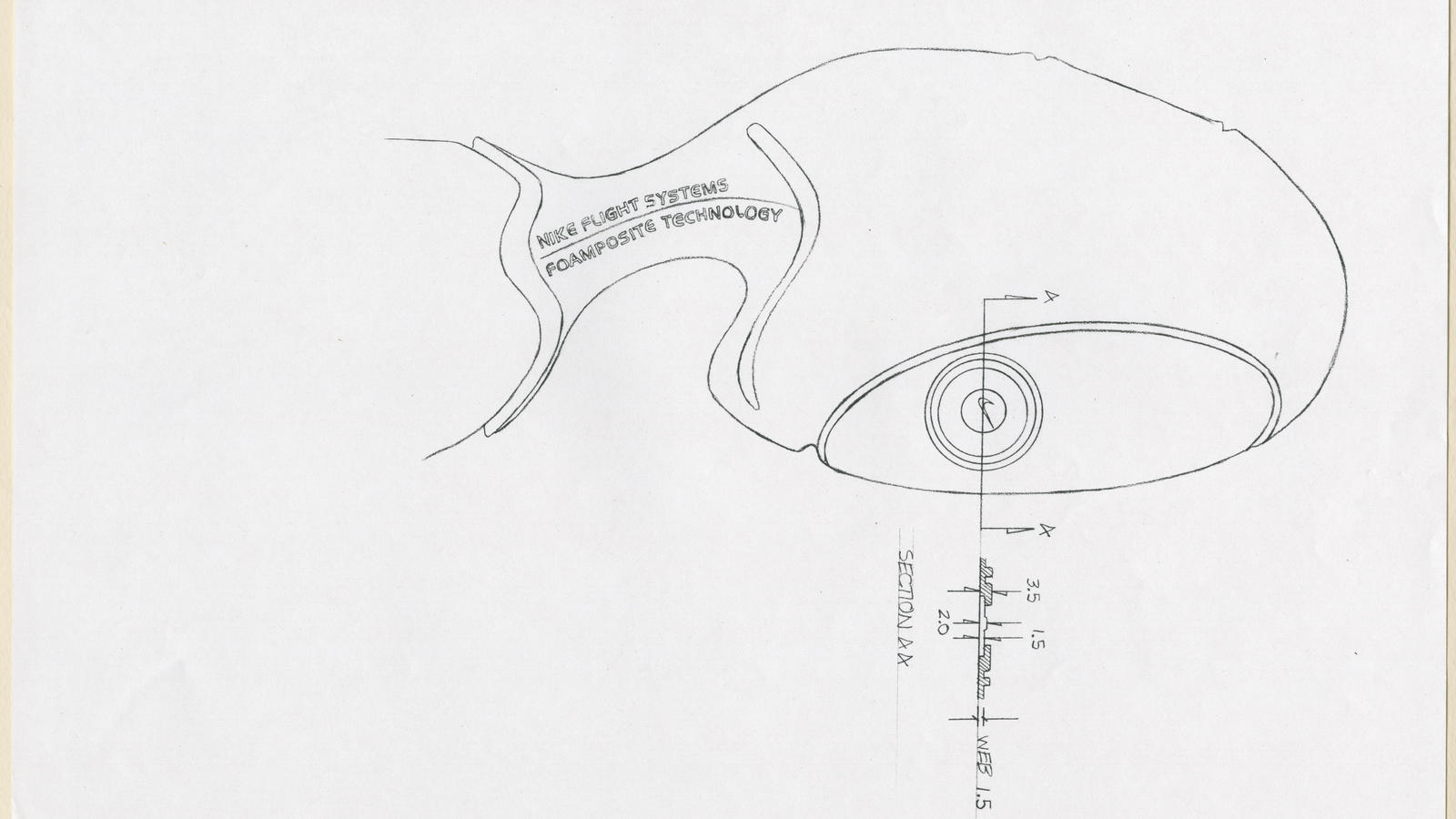 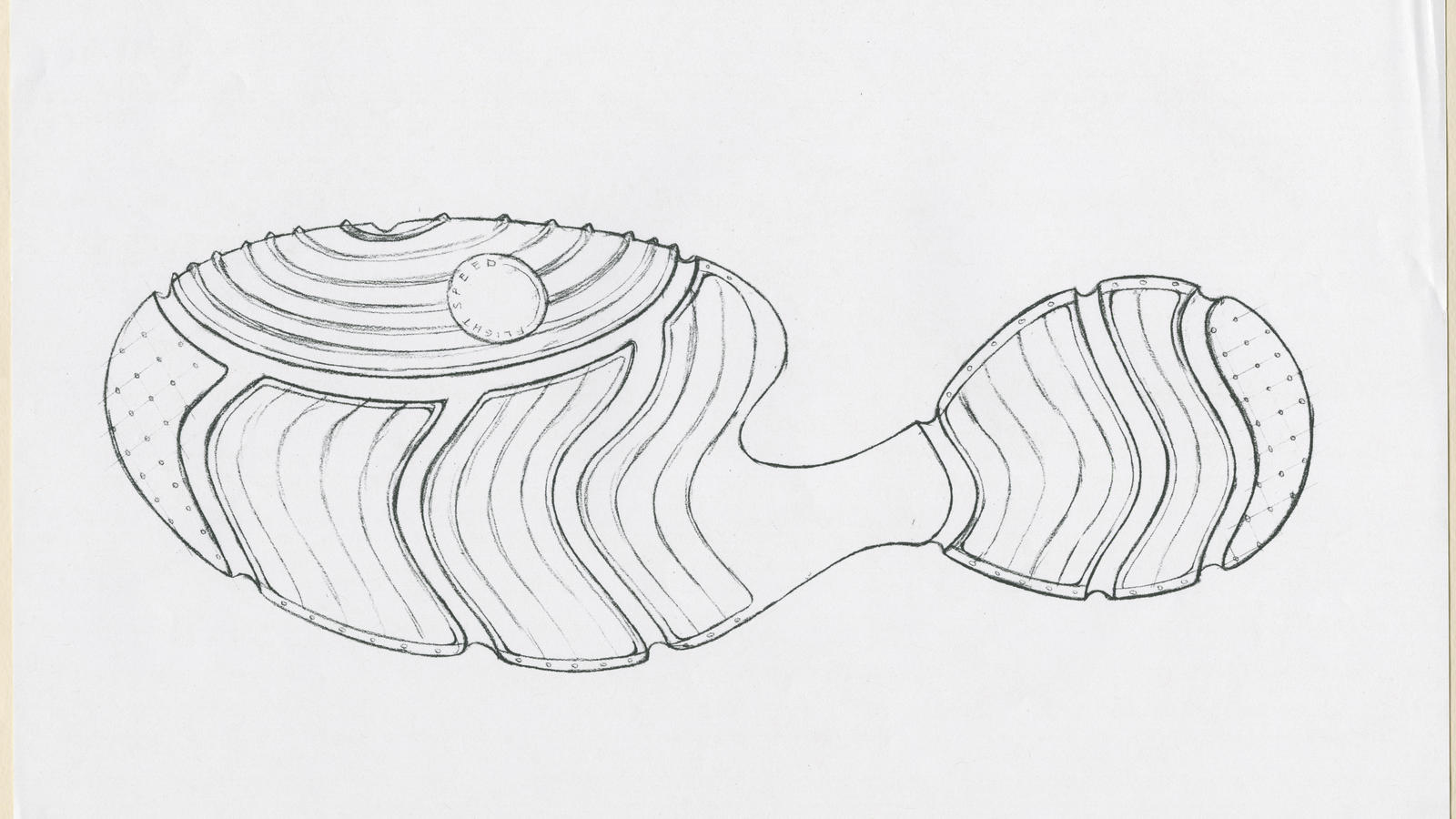 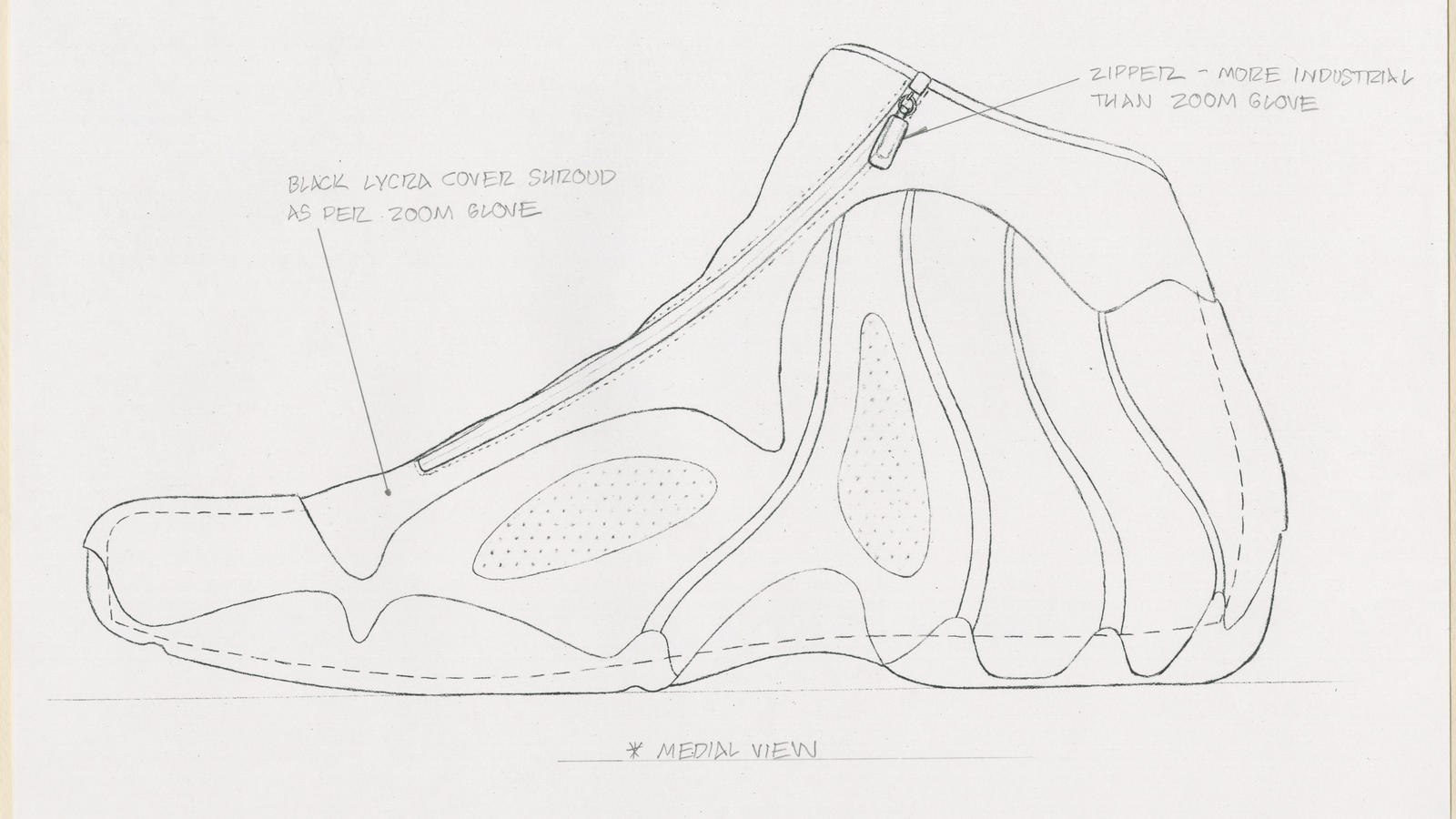 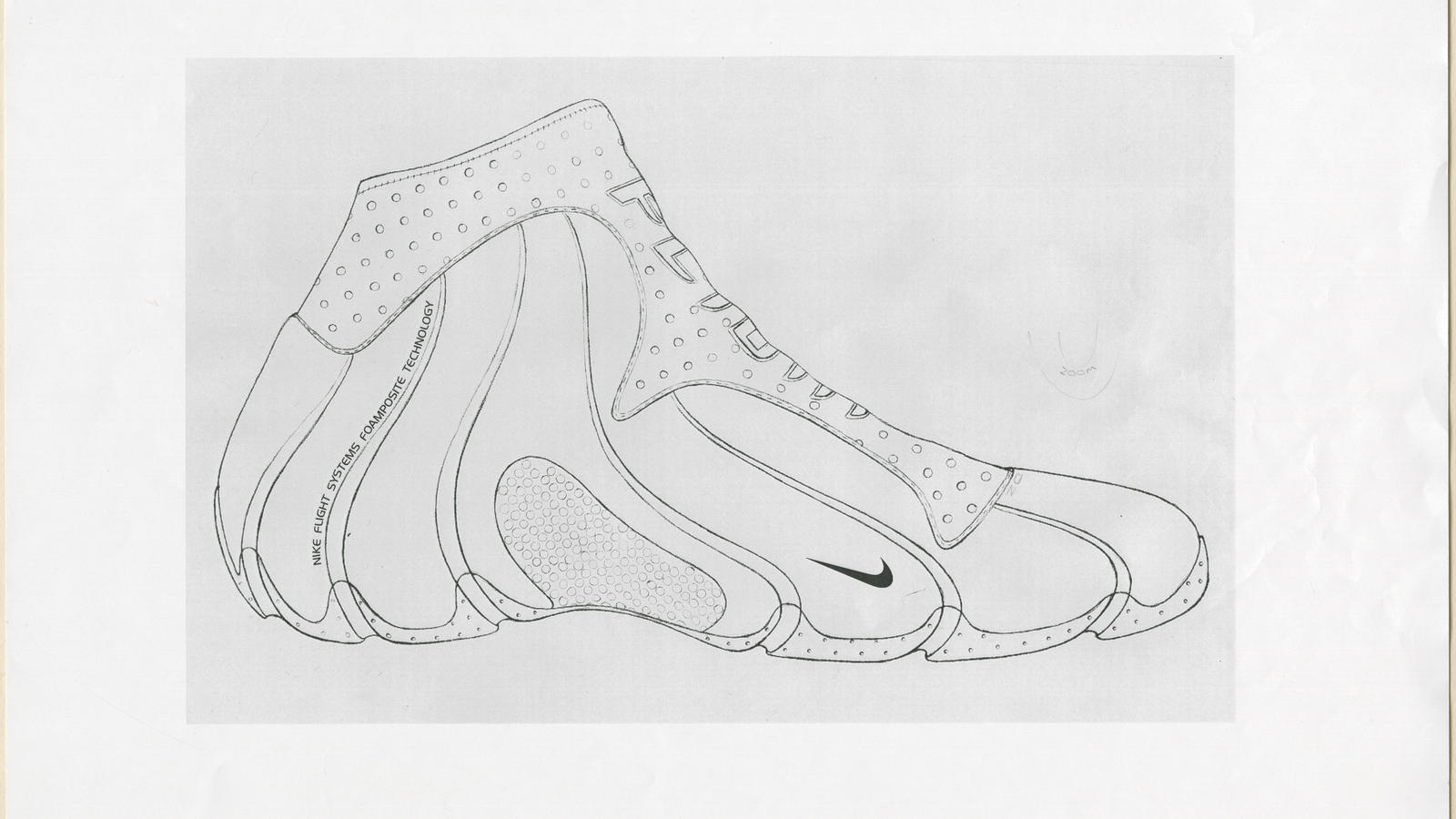 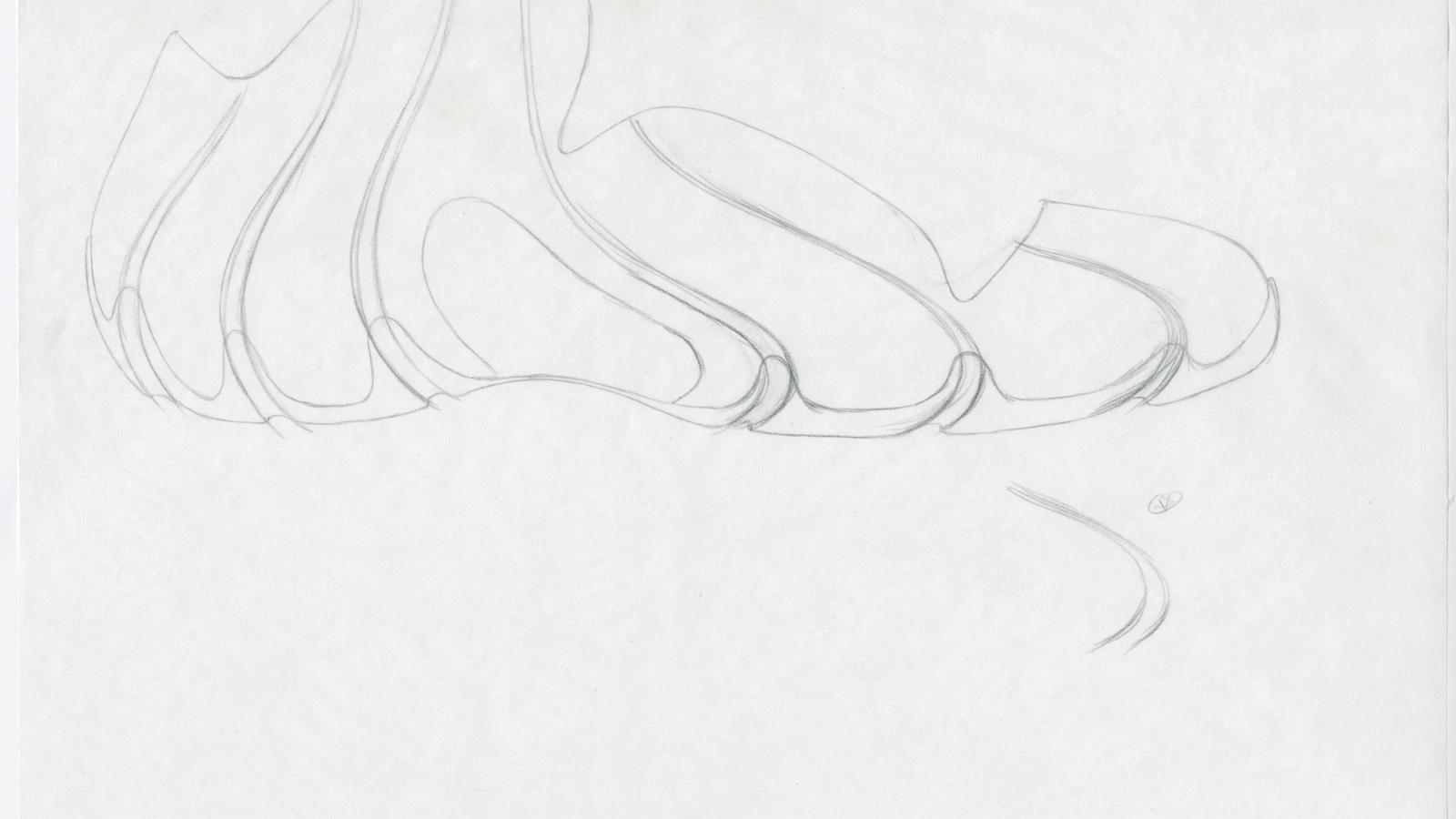 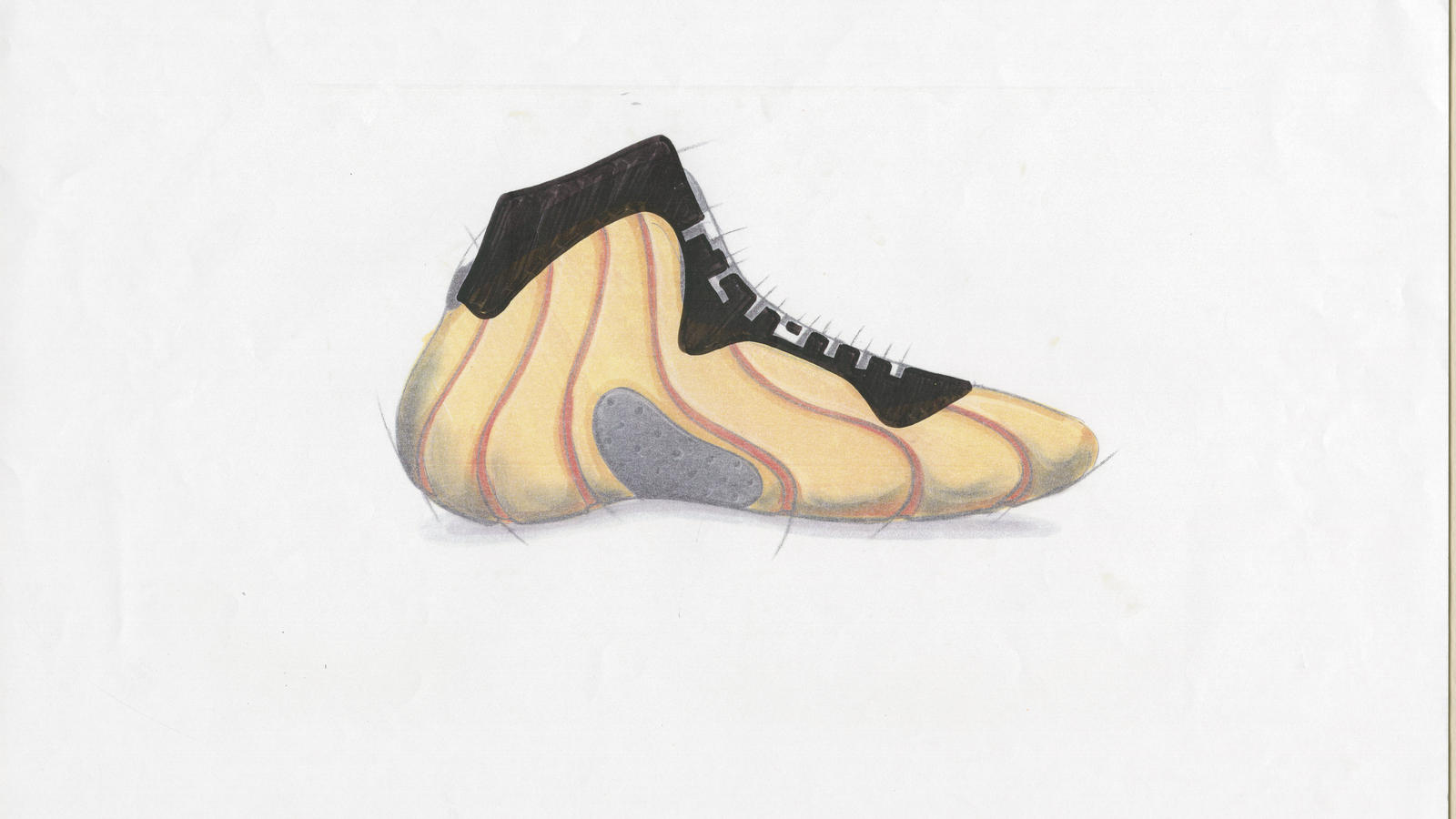 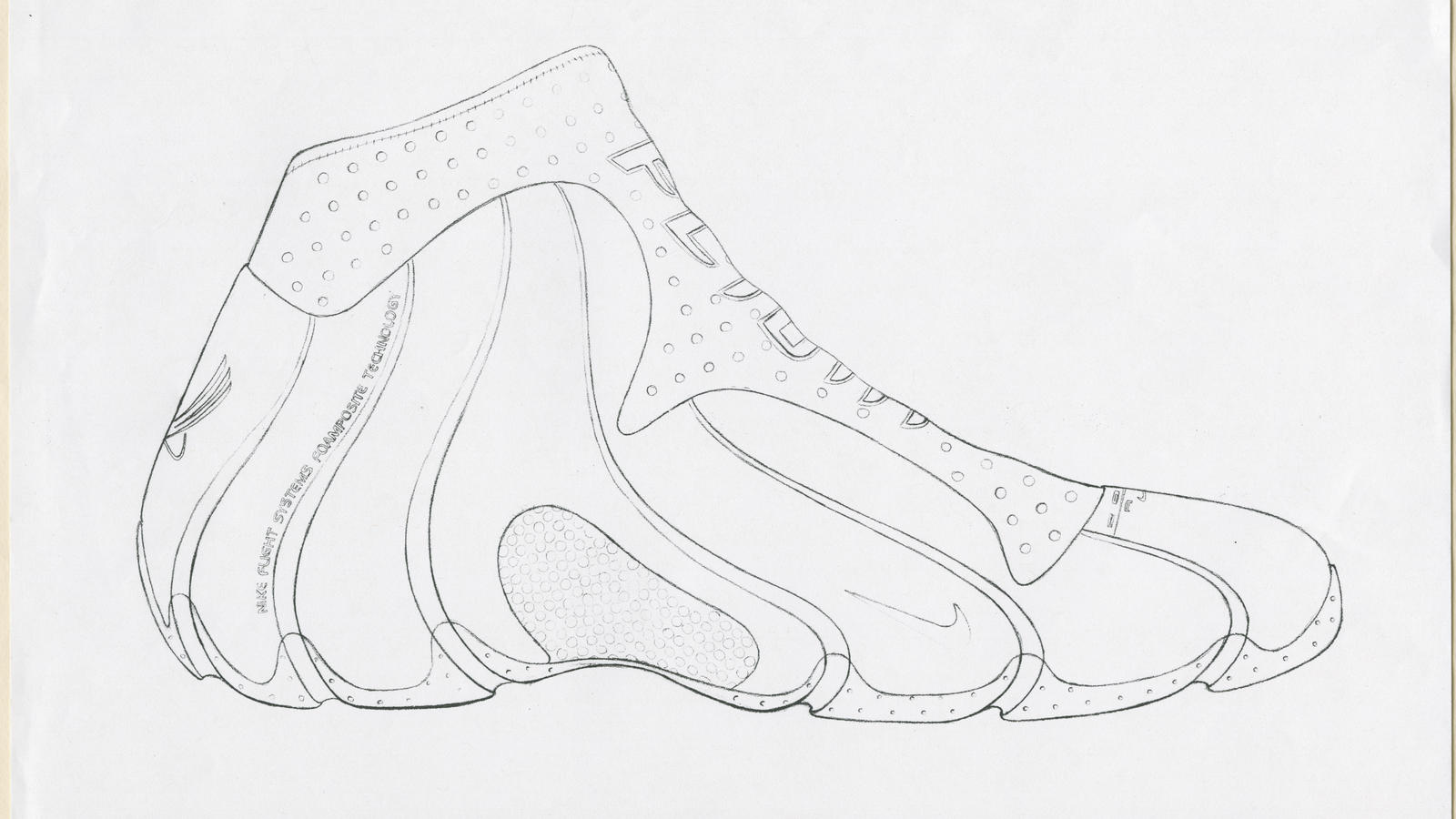 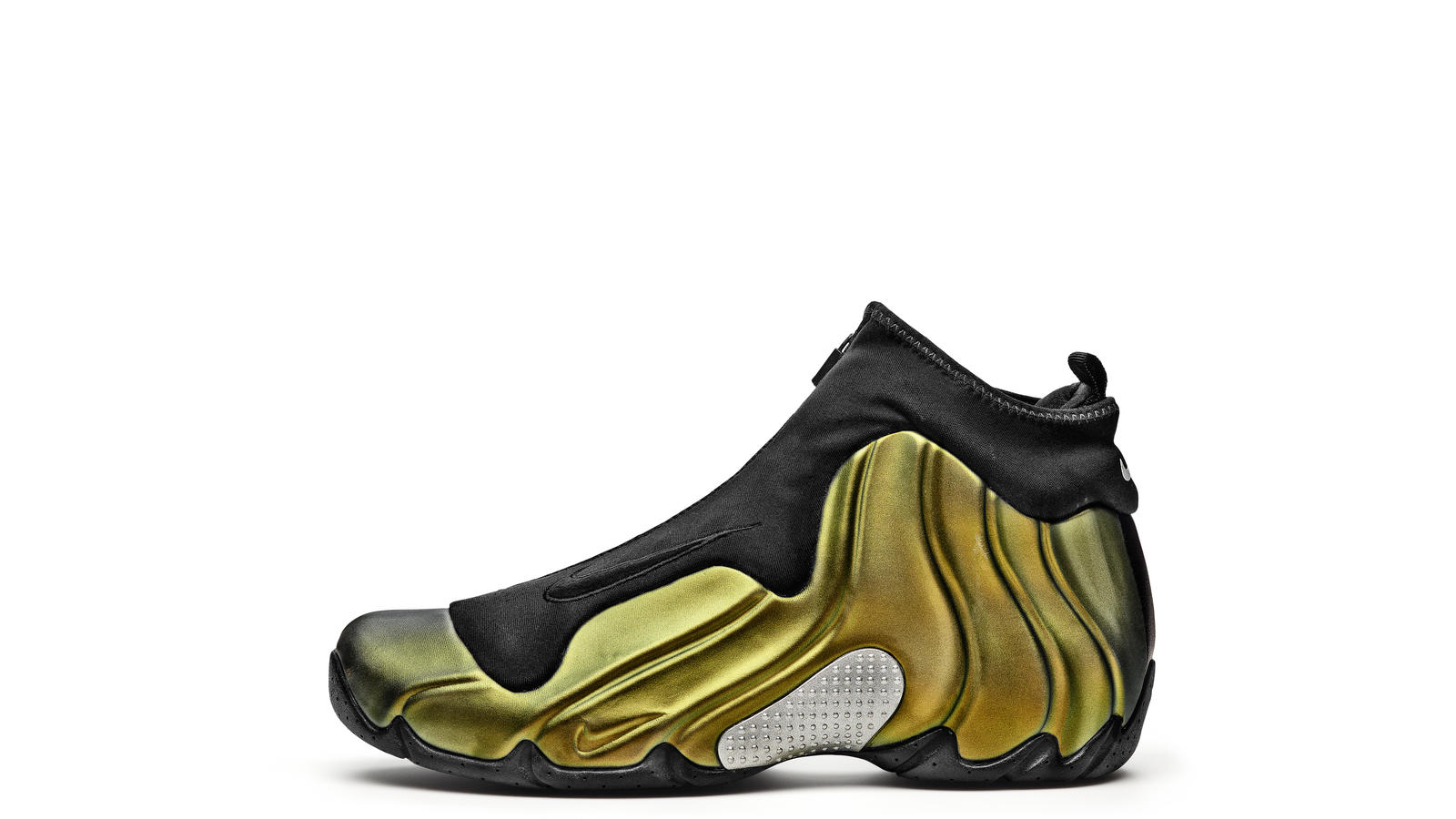 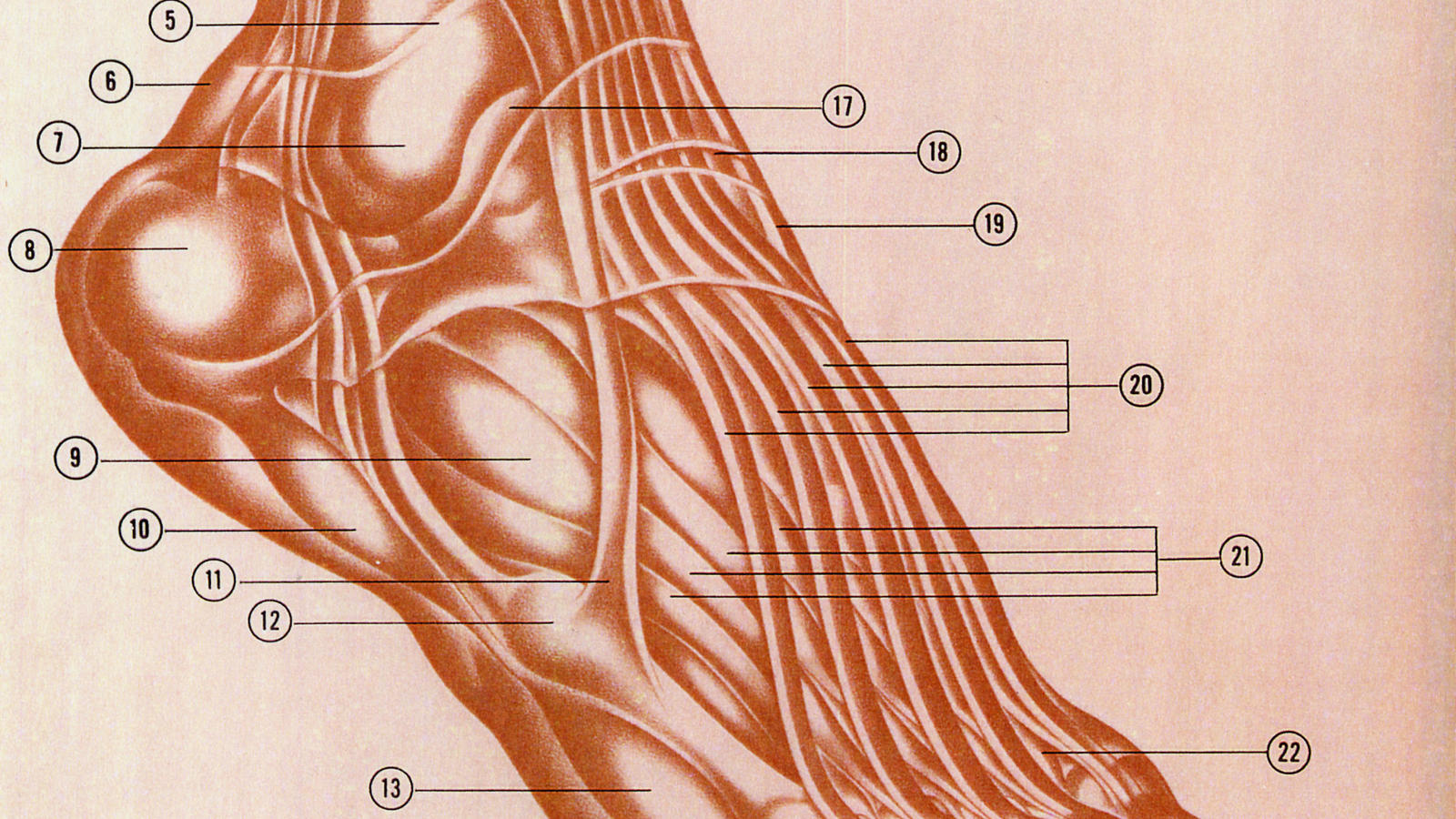 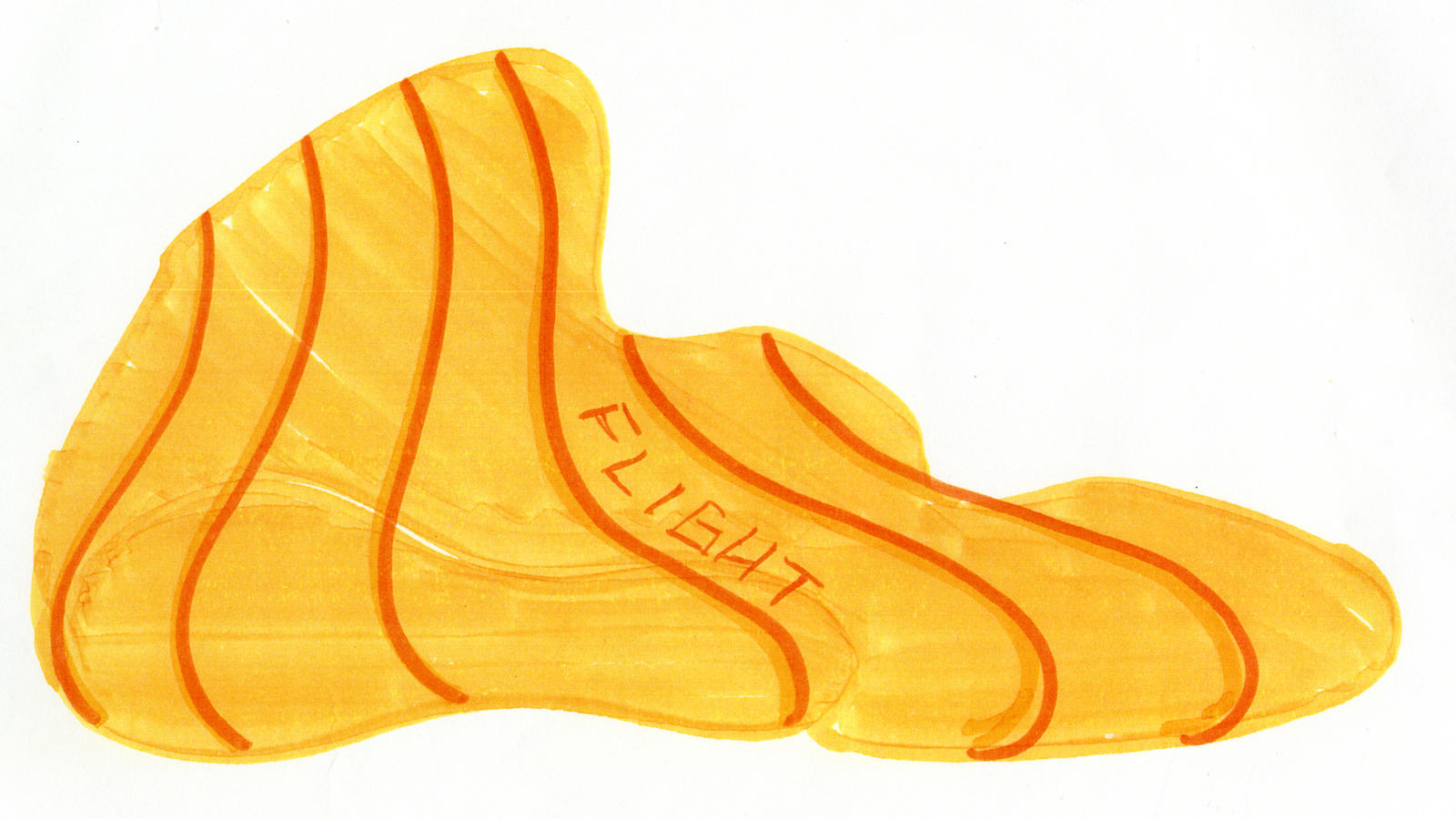 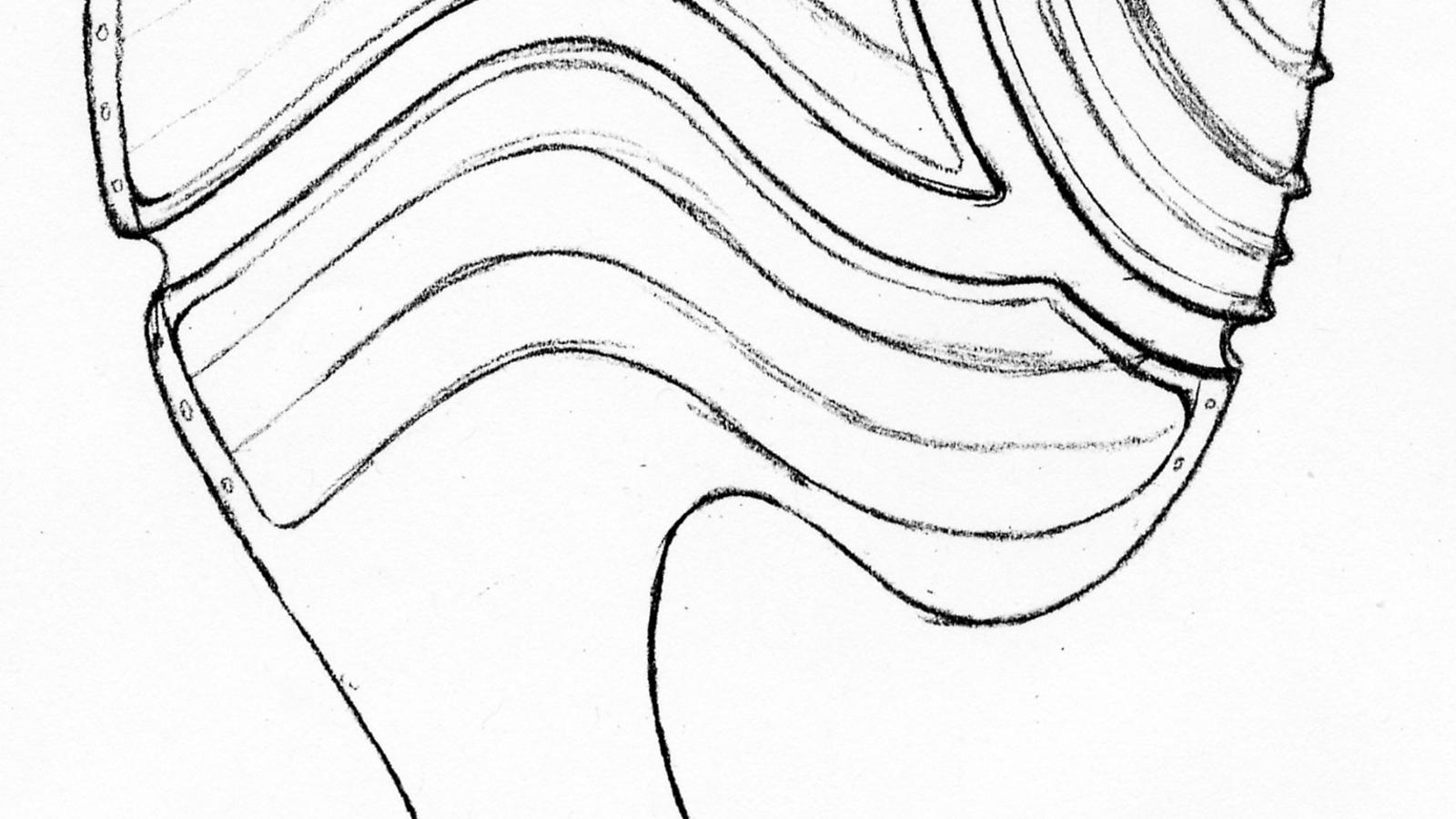 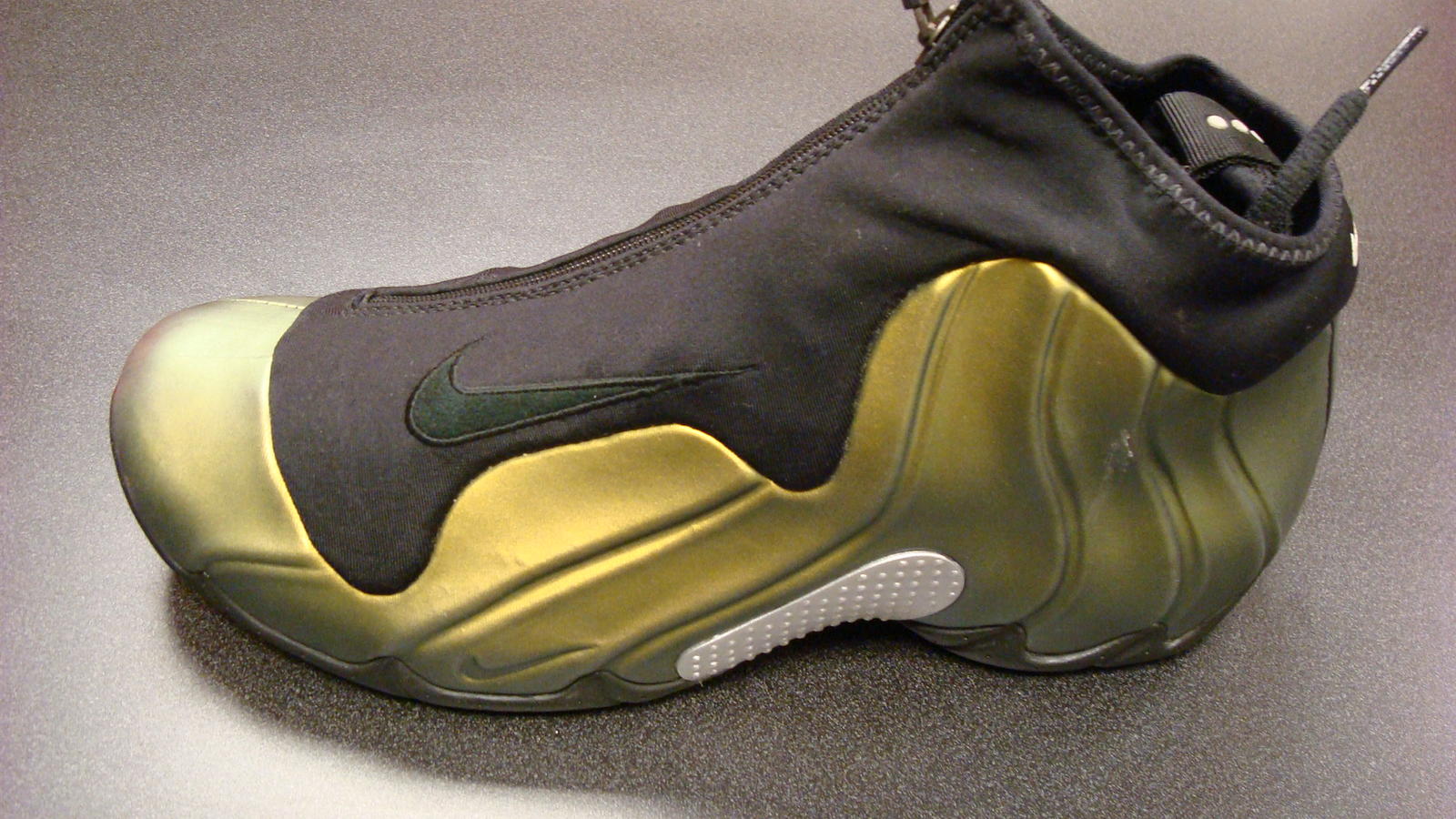 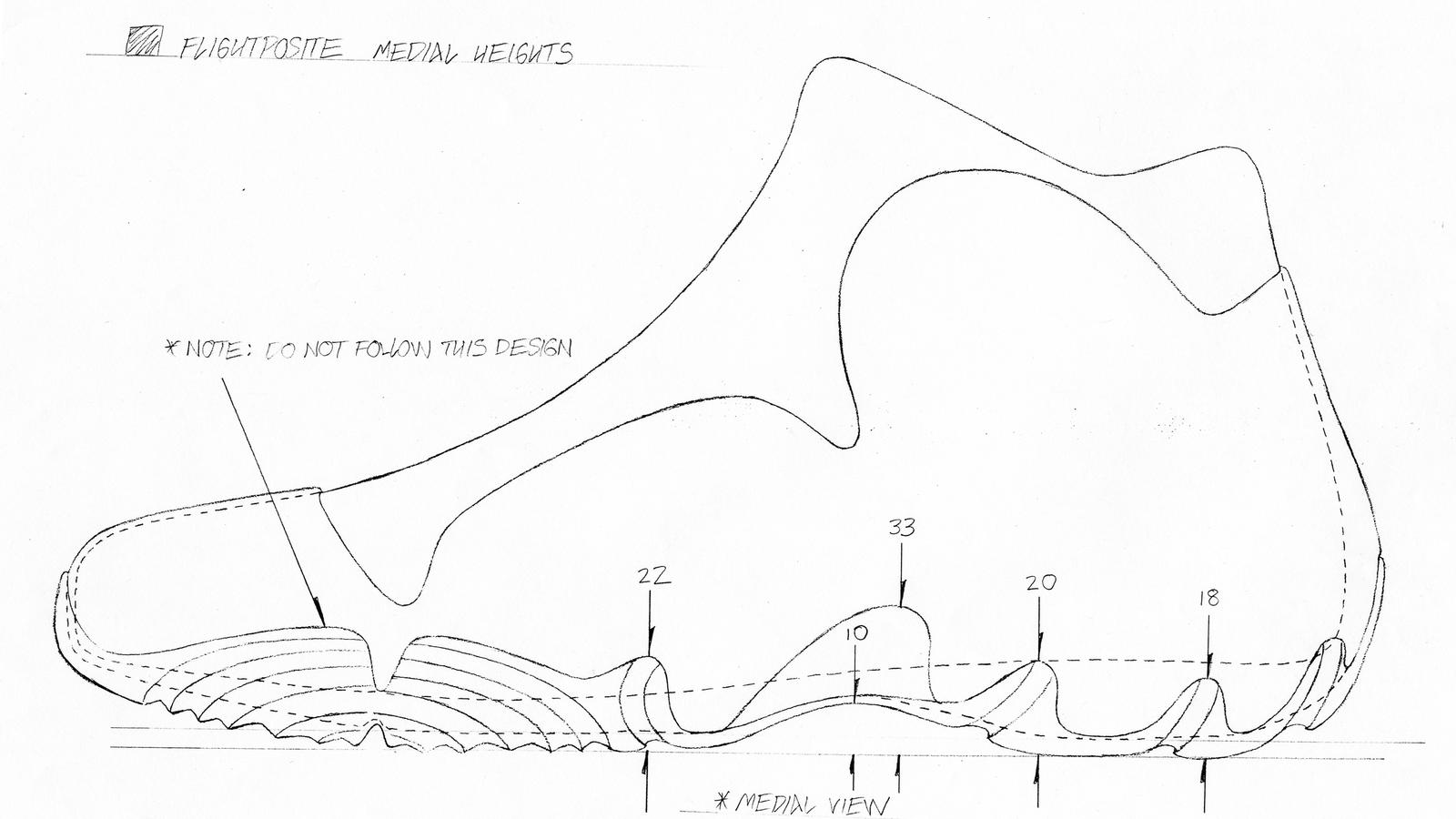 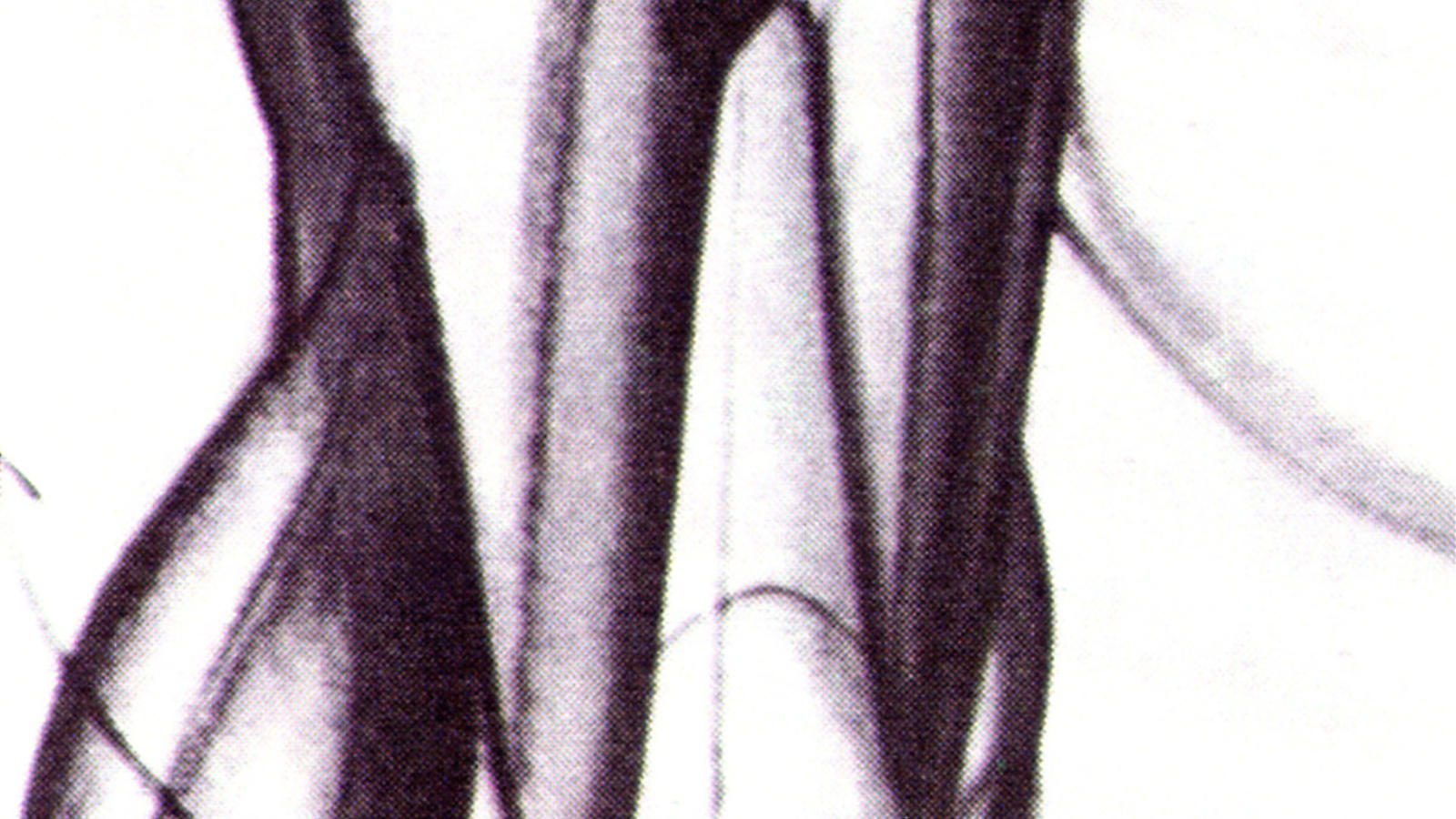 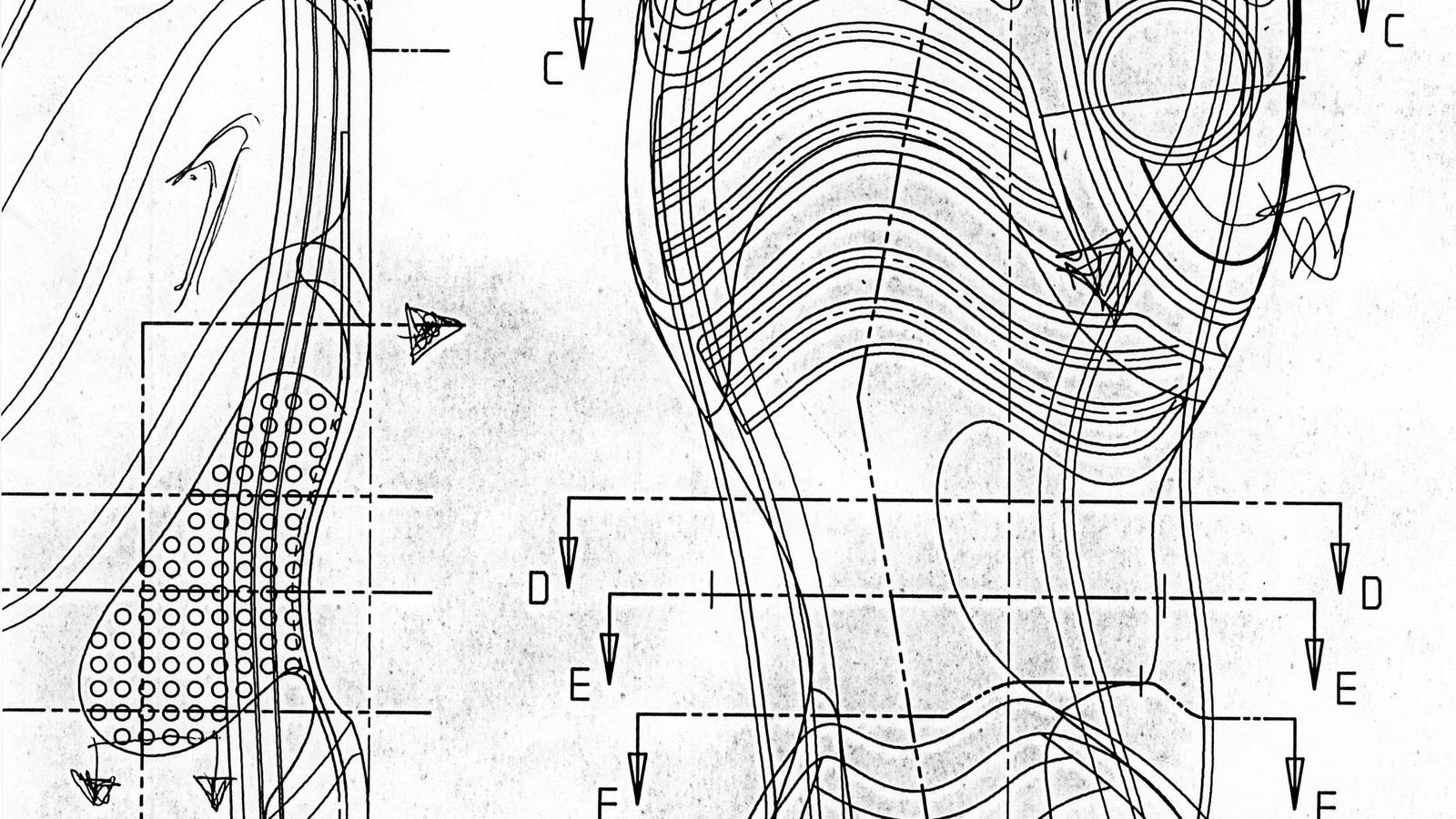 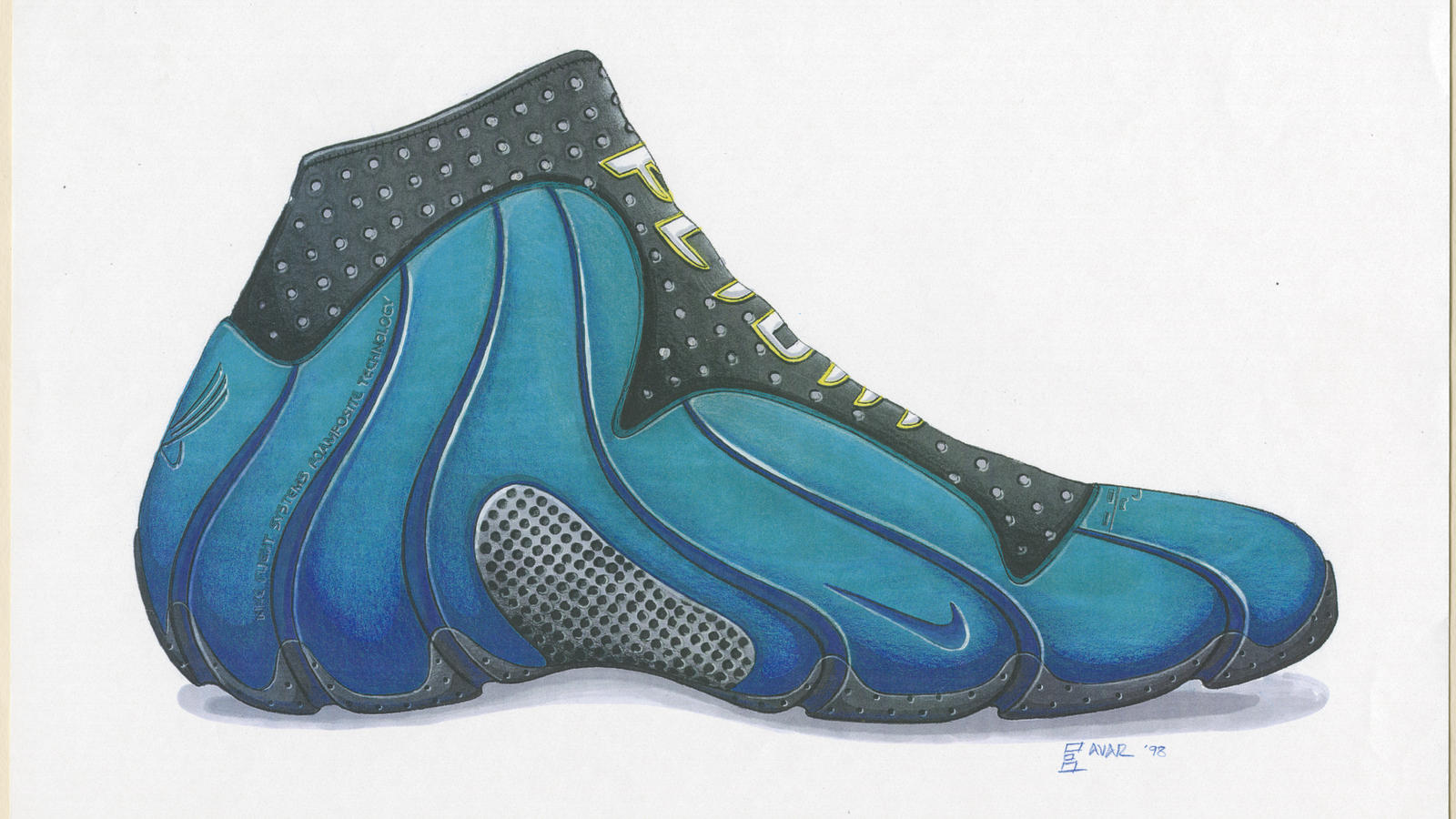 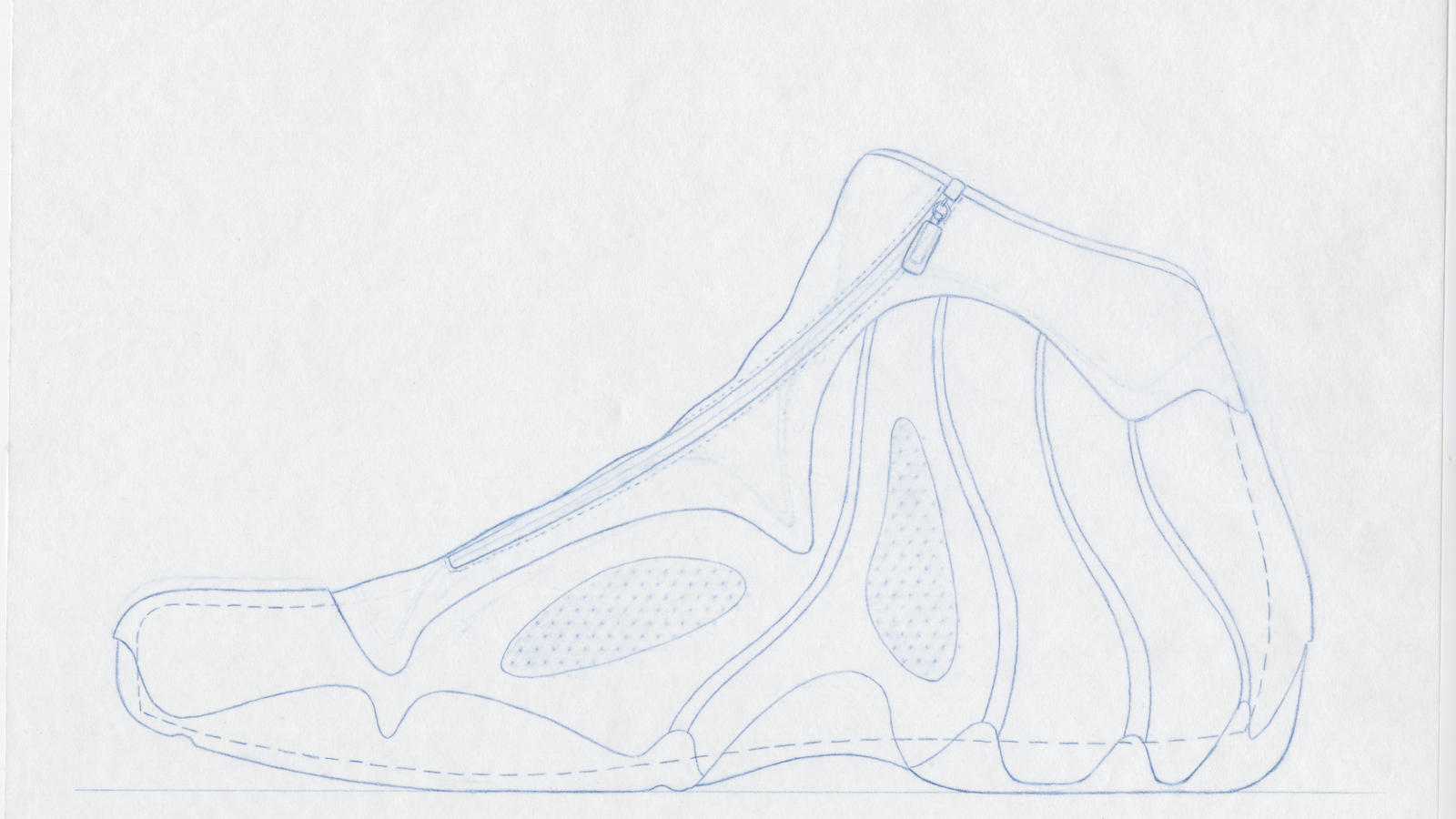 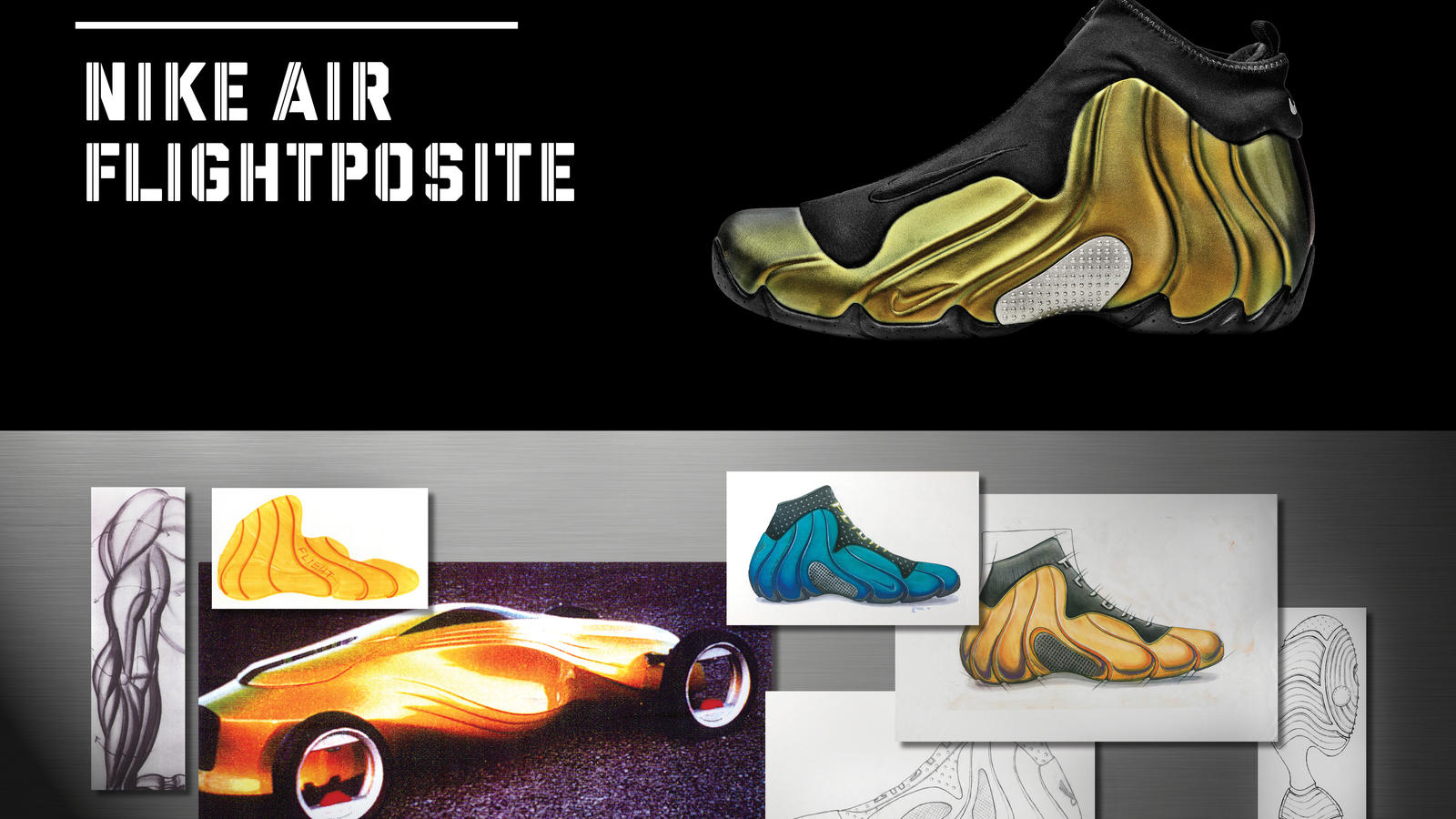 “We were setting out to create a seamless extension of your body.”- Eric Avar

Where does the body end and the shoe begin? The Nike Air Flightposite succeeded in surprising the audience with a progressive dose of unfamiliarity that felt comfortable and strangely familiar. Its sleek, biomechanical shape communicated a certain level of humanity.

The Nike Air Flightposite’s lead designer, Eric Avar recalls, “There were several concept cars out at the time that had a fluid, organic feel. We built off a similar idea that the shoe should be an extension of your foot versus this mechanical, cold ‘thing’.”

In line with that offbeat appearance, it’s unsurprising that the main reference point is equally unexpected — the figure drawings and anatomy of a 17th-century British artist, reflecting the rich range of physical and engineered influences at work.

In the quest for biomechanic streamlining, even laces were replaced by a zipper to emphasize a seamless fluidity. The wearer, the shoe and even the sole all merged into one for a holistic look and feel like never before. “Ultimately we designed a sock around your foot that would give you the support, security and protection that you would need. Every line mattered.”

In the years that followed, the Foam and Flightposite systems would be explored further — proof of the restless, perfectionist, reductionist minds operating in the Nike Innovation Kitchen.