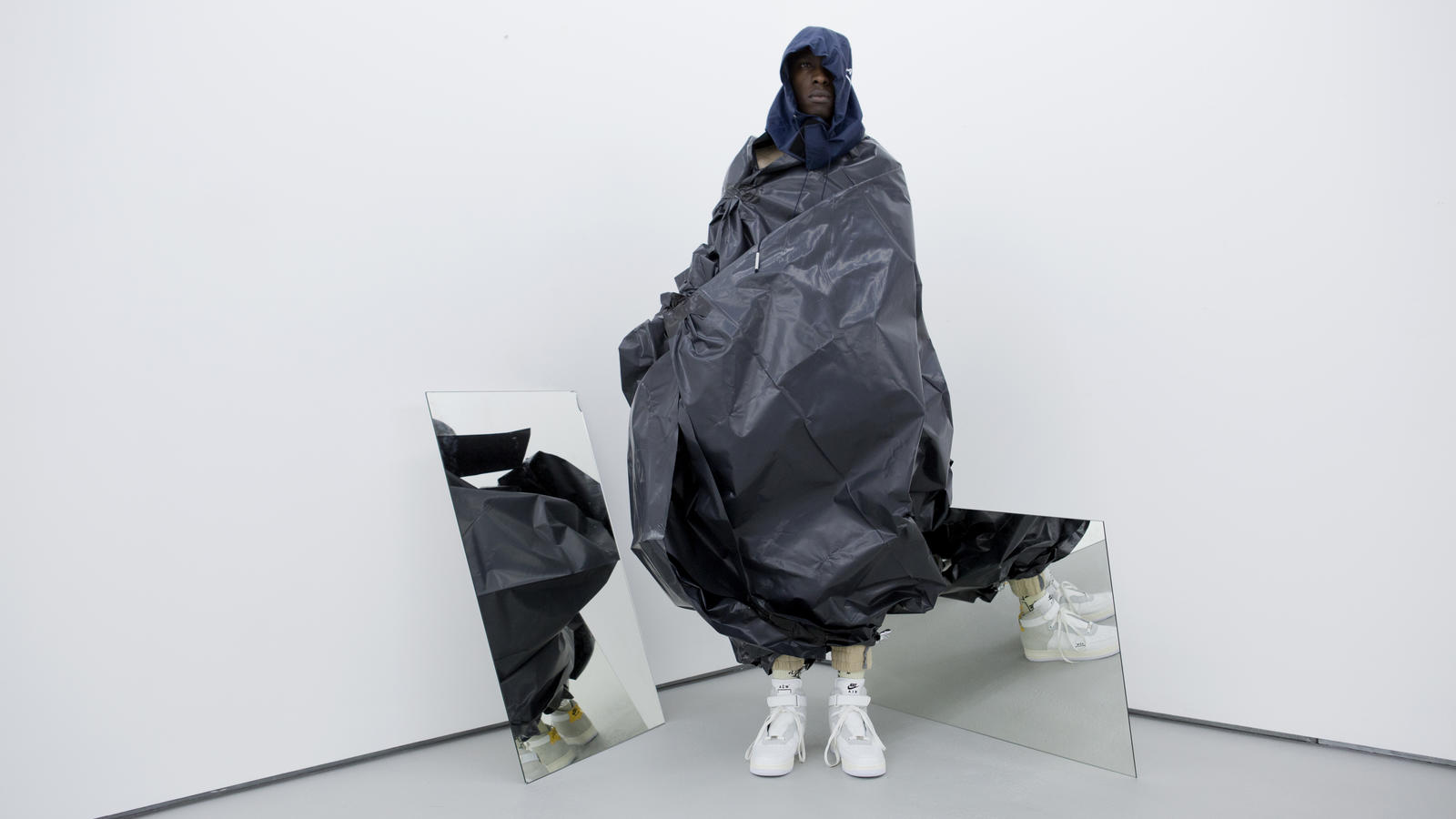 Samuel Ross, the founder of A-COLD-WALL*, views the Nike Air Force 1 as a benchmark shoe for London, saying the silhouette is among a tight selection that defines the early 2000s aesthetic. “Growing up with the culture, it wasn't something I was very conscious of but it was a feature of it: You always had the Nike tracksuit with the Air Force 1,” says Ross.

At root, A-COLD-WALL* serves to comment on things that typically lurk in the unconsciousness of British street culture. The London-born designer, who established the brand in 2015, has used his label as a starting off point for a social commentary on contemporary urban life that spans art installation, concrete objects and cutting-edge streetwear. It is both a testament to his deft balancing of academic erudition and knowledge of the nuanced signifiers of subculture.

The Nike Air Force 1 sits naturally within not just Ross’ intellectual underpinnings but also in his mix of output. At once an object of industrial design and a cultural product, it’s as much a part of Ross’ understanding of urban life as the Bauhaus-inspired council estates that form the origins of his aesthetic. It is a perfect foil for his creative objectives. 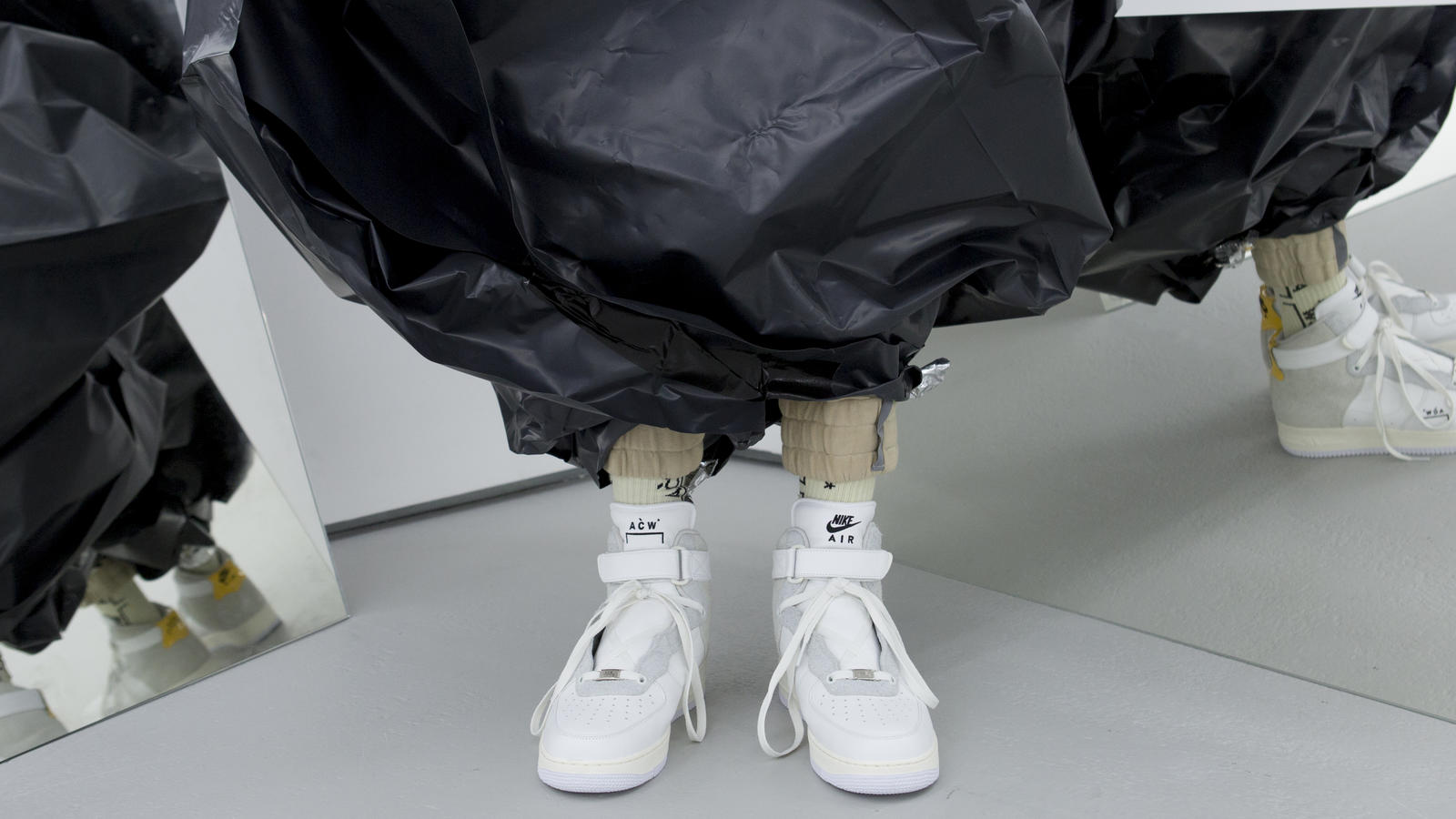 An initial version of the Nike AF1 A-COLD-WALL* debuted in January, punctuating Ross’ inaugural London Fashion Week Presentation. Dissected and reduced, the shoe speaks to Ross’ clinical aesthetic and brings heady attention to the silhouette’s distinct parts. The Nike AF1 A-COLD-WALL* highlights the shoe’s individual components through subtle shifts in color from grey to white by reversing leathers, disguising the Swoosh (leaving just its stitch) and removing the majority of the lace eyelets.

“I didn’t want to overwhelm people with information. I wanted to take things away and move things around so as to be very sensitive to the individual elements of the original design,” explains Ross. “Having these really specific tones allows the shoe to breathe, and it feels very minimalistic as a result, very reflective, of course, of what Cold Wall stands for.”

You always had the Nike tracksuit with the Air Force 1.

Precise, simplistic and intense are words that define Ross’ work. There are also heavy doses of juxtaposition — garments that feel unfinished yet are meticulously crafted. Furthermore, Ross brings a flare for experience to his output. The release of his first commercial Nike project, delivered through a pop-up space, is no different. There, he’ll introduce a new self-produced score and capsule collection.

“I am going to focus on the sound experience when you enter the gallery space, and tame the temperature. The mood and tone will feel quite cold, very industrial and loud; but it won't be achieved through collecting objects. It will be achieved through a sonic experience for the most part; use of white space,” Ross says.

The intent follows both the form and function of the central object, The Nike AF1 A-COLD-WALL*: It’s industrial origin served against the backdrop of the industrial landscapes that appropriated it. 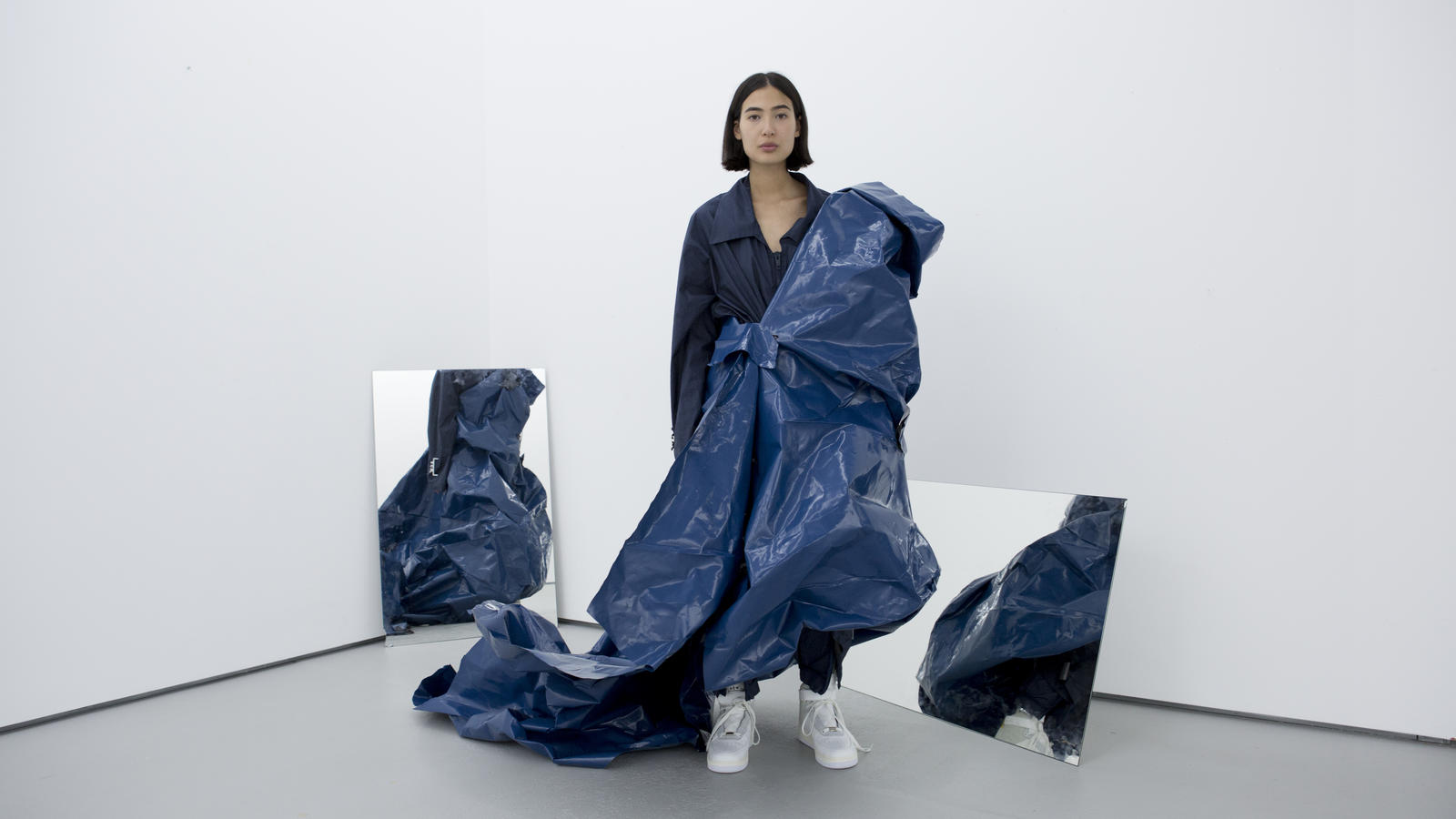 The Nike AF1 A-COLD-WALL* is available October 21 exclusively at the A-COLD-WALL* pop-up in London. The pop-up address will be announced via A-COLD-WALL*’s Instagram later this week.