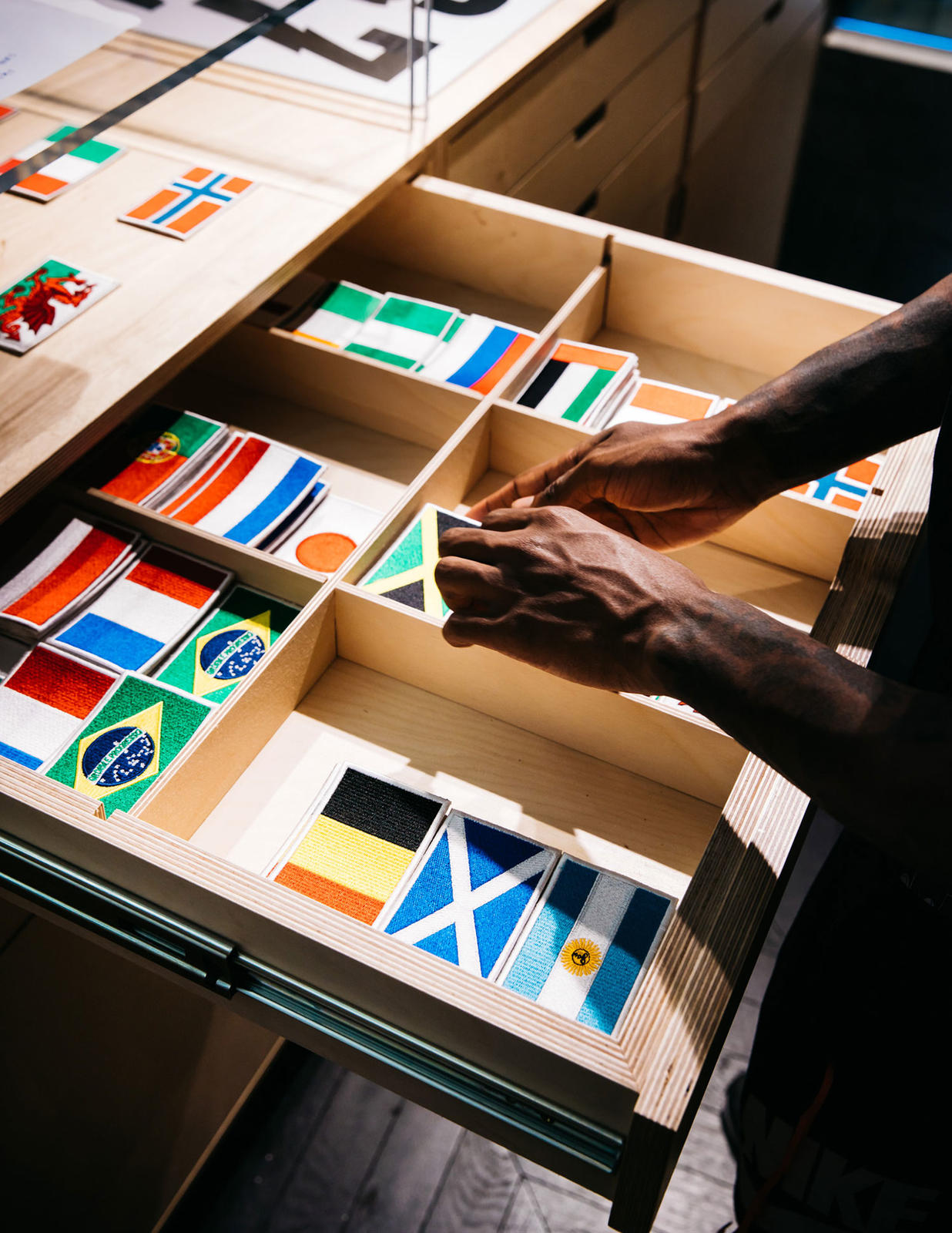 The Jersey Shop at Niketown London allows fans to customize their own jerseys throughout the month of July.

JUST DO IT HEADQUARTERS

WHAT: Train alongside some of the world’s best athletes, gain access to the latest in recovery technology, fuel with pre- and post-workout meals curated by a professional chef and check out a boutique stocked with the latest Nike training gear — this state-of-the-art training space brings all aspects of the Nike Training Club (NTC) app to life.

HOW TO JOIN: You must be a NikePlus member to participate. Download the NTC app, turn on Nike App push notifications, and sign up on the Nike Los Angeles website to opt in for exclusive alerts to register. The more NTC workouts you complete, the better your chance of receiving an invite.

CUSTOMIZE YOUR OWN FOOTBALL JERSEY

WHAT: Cut and tear exclusive Tottenham Textiles transfer patterns at Niketown London to create your own one-off jersey to take home.

WHAT: NikePlus members can purchase their favorite jersey online and customize it to their liking. The best part: Customization is free for all jerseys purchased before July 16.

CREATE YOUR OWN ‘ZINE

WHAT: To celebrate the forthcoming Converse X JW Anderson pop-up space, the London-based independent printing house will lead a workshop with guests to curate their own ‘Zine, using repurposed text and artwork from artists Delfin Dinley and Terrance Caviar.

WHAT: The legendary pro-am league returns for its 45th season, bringing together NBA stars, streetball icons and renowned amateur players for a shot at the storied league title.

WHAT: Boroughs from around the Big Apple have assembled their brightest talents to square off in an elite summer basketball tournament. Watch these homegrown players compete for summer supremacy on the blacktop.

WHAT: This traveling soccer tournament pits neighborhood teams around NYC against one another in a battle for summer bragging rights, culminating in a take-all final showdown.