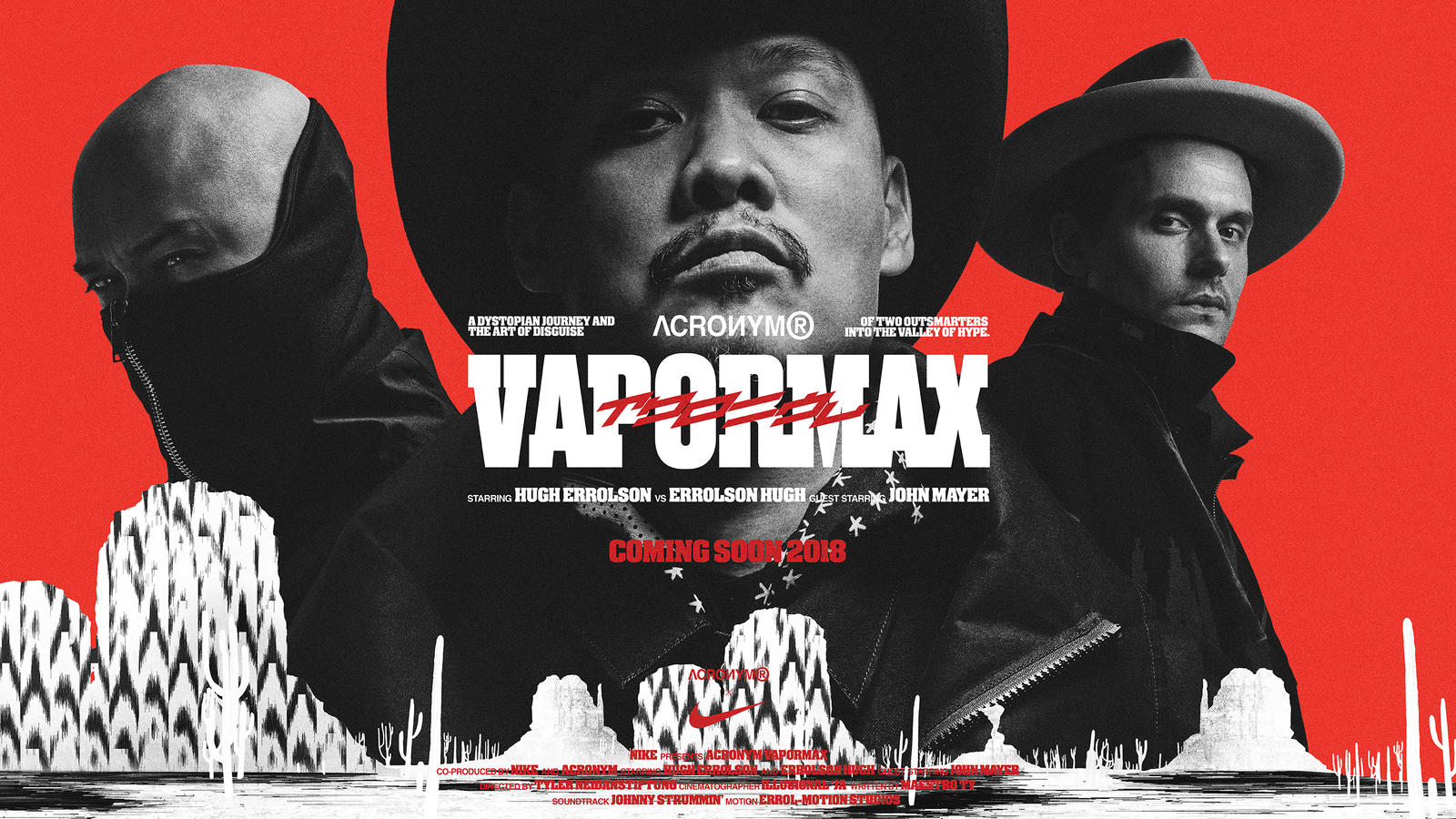 Errolson Hugh, co-founder of ACRONYM®, has worked on three previous Nike models: the Lunar Force 1 (2015), much-lauded Presto (2016) and AF1 Downtown (2017). Each of these introduced a plausible solution to solve a discrete functional problem (for example, the Lunar Force 1 incorporated an easy-entry zip component).

He took a slightly different approach for his fourth shoe with the brand, a Nike Air VaporMax Moc 2. “There is absolutely nothing retro about it. It's so forward,” he says of the shoe. “The physical aspect of it, once the laces are removed and with the elastic tongue…there is not really much that we felt we wanted to do functionally because it’s great.”

Instead, he and his team pivoted from their typical design process and considered the shoe “as a visual project.” They contemplated graphic applications conveying aggression and speed. And within these experiments, considered just how far they could possibly push while still keeping the shoe wearable. 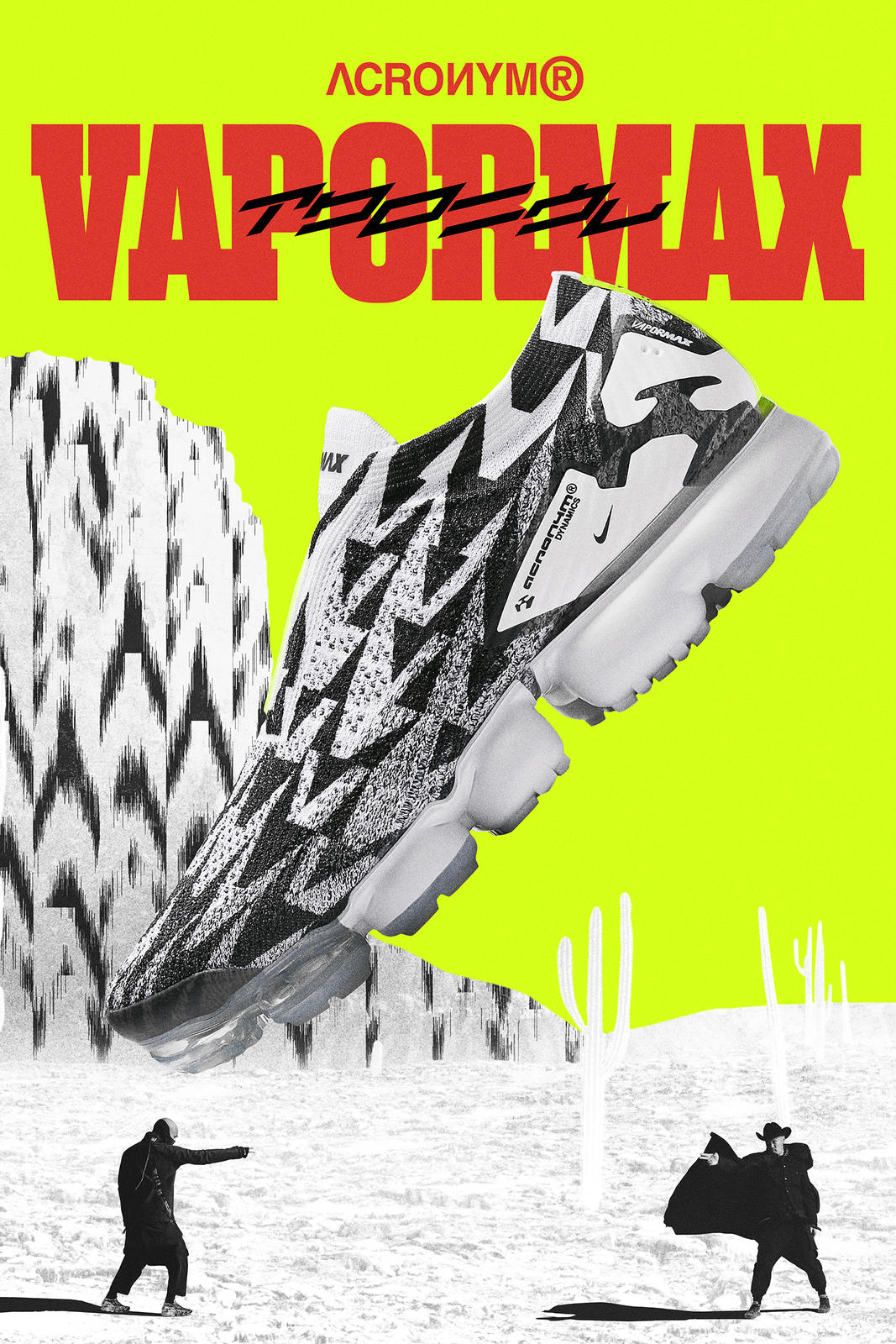 Eventually, Hugh landed on a unique take on camouflage he built off his brand’s wordmark. “The patterning is basically the A from Acronym. It's the original shape, and then it just gets turned into a grid. Each of the intersecting lines of the A inside the square makes the surface, and we just delete and inverse the various surfaces that result from those intersections. It makes for a kind of progression that you get these surprising shapes out of,” he says.

There is absolutely nothing retro about it.

Through trial and error, it emerged that printing it onto the finished knit upper was the best application. This is because the graphic further deforms as the Flyknit is stretched over the last and attached to the VaporMax outsole. The resulting look is thus simultaneously arresting and covert — apropos of Hugh's legacy of bold silhouettes replete with hidden detailing.

The initial launch is followed by release of the Light Bone/Volt/Light Bone colorway on March 26, the Black/Black/Volt on April 26 and the Sail/Cargo Khaki/Dark Stucco on May 15. These will all be available on their respective launch dates on the Nike SNKRS app, nike.com and at select Nike retailers.