Two generations of world champions are connected in the 2020 national team collection that celebrates the best of contemporary French streetwear and art.

As in 2018, when Les Bleus emulated the heroes of 1998 by capturing the nation’s second global crown, the federation will play with a red band stretching proudly across the chest of its home kit to signify fraternity. 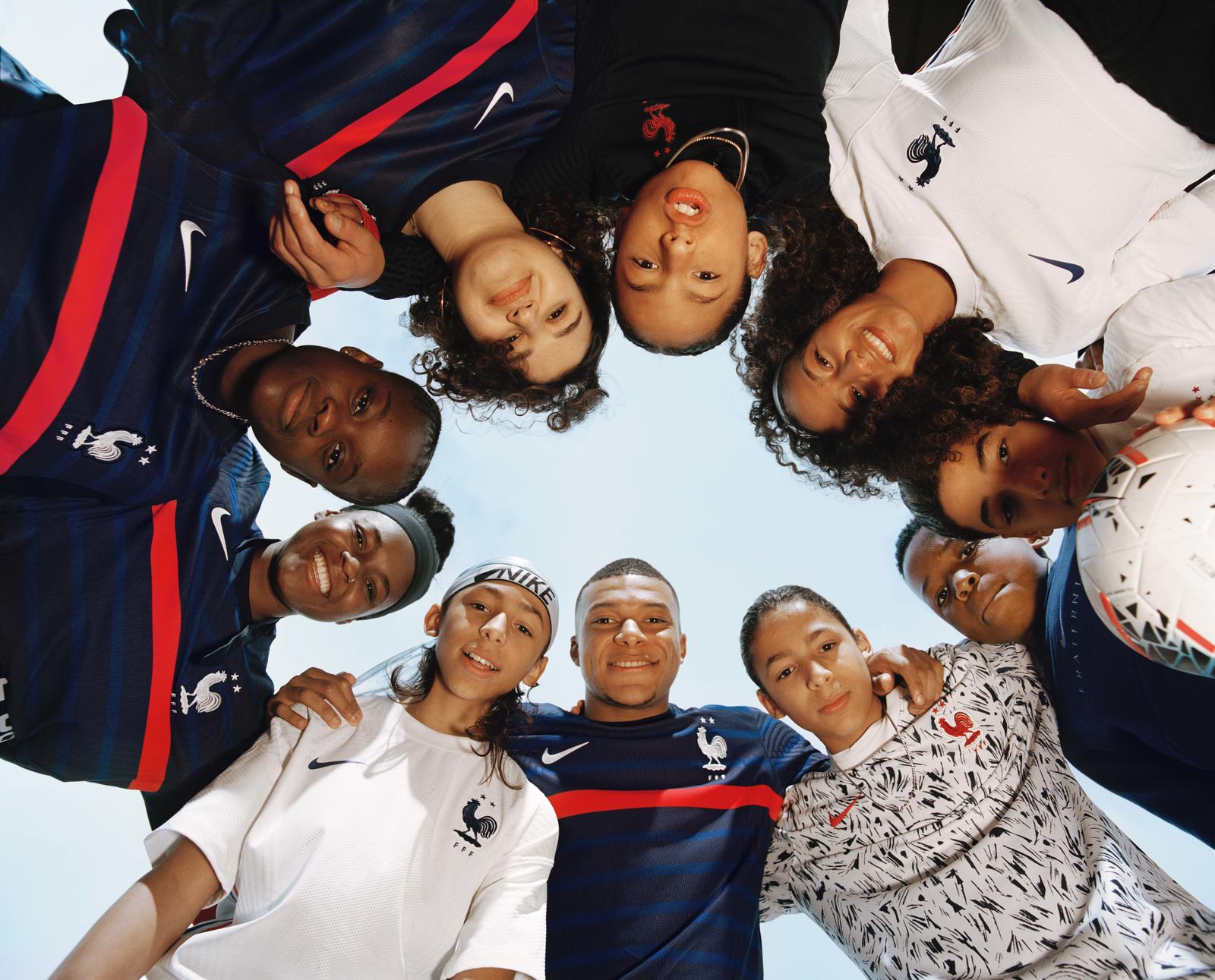 “I think two years ago we brought the country together, just like back in 1998,” says Les Bleus forward Kylian Mbappé. “Now we will wear a red stripe on our shirt just like they did. That was a great team, which created a legacy. Now is the time for us to keep striving to be the best and create one of our own.”

In addition to the red band, France’s new home jersey takes its lead from the iconic marinière design with blue stripes flowing horizontally over a darker blue base. The pattern is broken by the singular red stripe, which shoots prominently across the chest. Above the stripe is the FFF crest and a Nike Swoosh, and a squad number sits below. Dark blue shorts and red socks with dark blue trim complete the look.

“I think two years ago we brought the country together, just like back in 1998. Now we will wear a red stripe on our shirt just like they did. That was a great team, which created a legacy. Now is the time for us to keep striving to be the best and create one of our own.”

France’s new away kit is as elegant as it is edgy. Presented in pure white from head to toe, the minimal design is garnished with blue detailing and tricolor side stripes on the jersey and shorts.

Both home and away carry the motto of the French Republic – “Liberté, Égalité, Fraternité” – tucked away inside the shirt as an inner pride feature, plus a retro FFF logo printed across the calf of each sock. Both kits also feature an exclusive font inspired by typography found at an institute of book history in Lyon.

The influence of French art and fashion extends into the wider collection, especially in the design of the team’s pre-match top. It features a bespoke hand-drawn pattern that creates a stunning overall aesthetic. The white top comes with a crew collar, and the abstract blue pattern spreads over the front and back, interrupted only by a vivid red Swoosh and FFF logo. 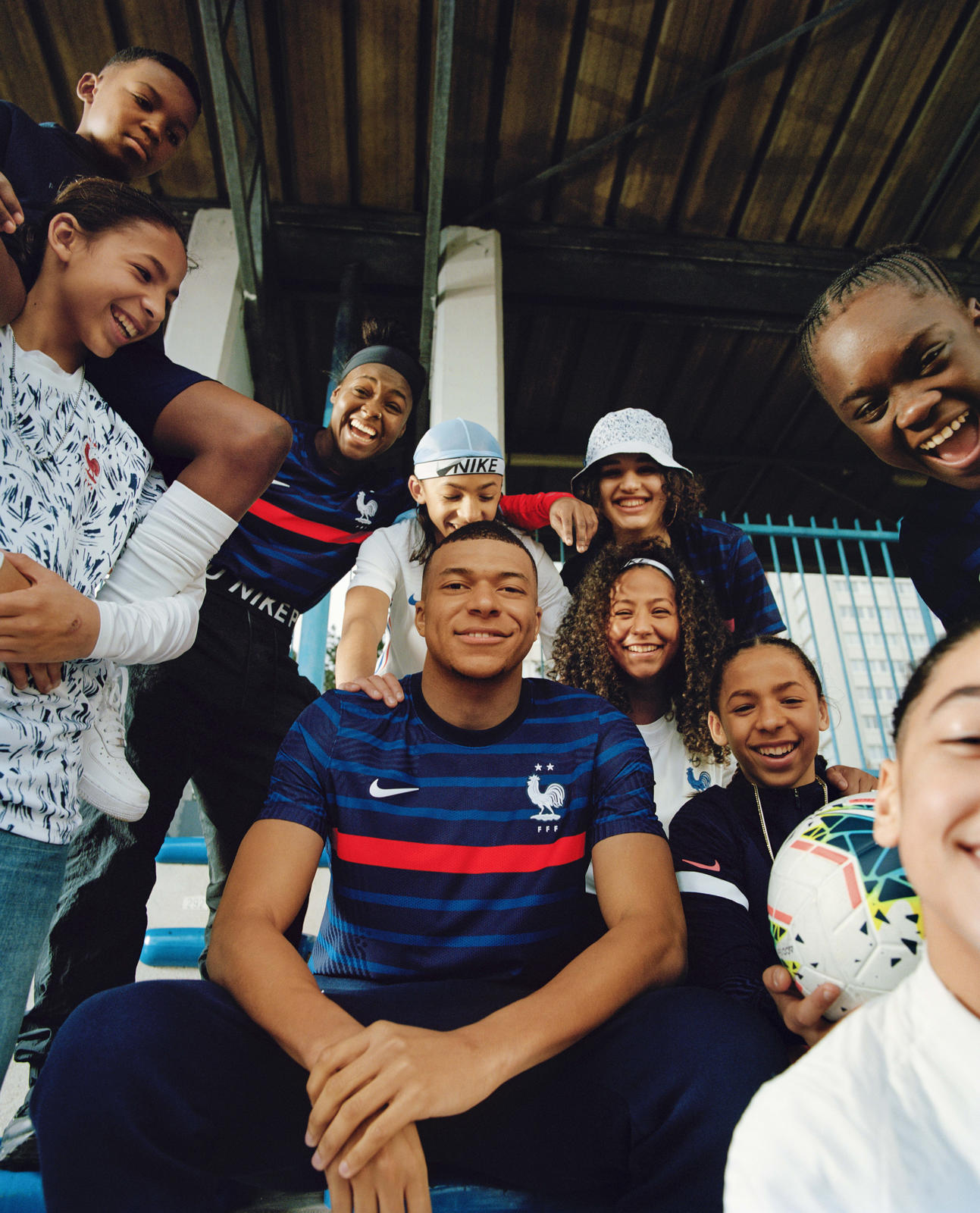 The new Les Bleus collection centers on the theme of solidarity and celebrates French diversity and footballing excellence. 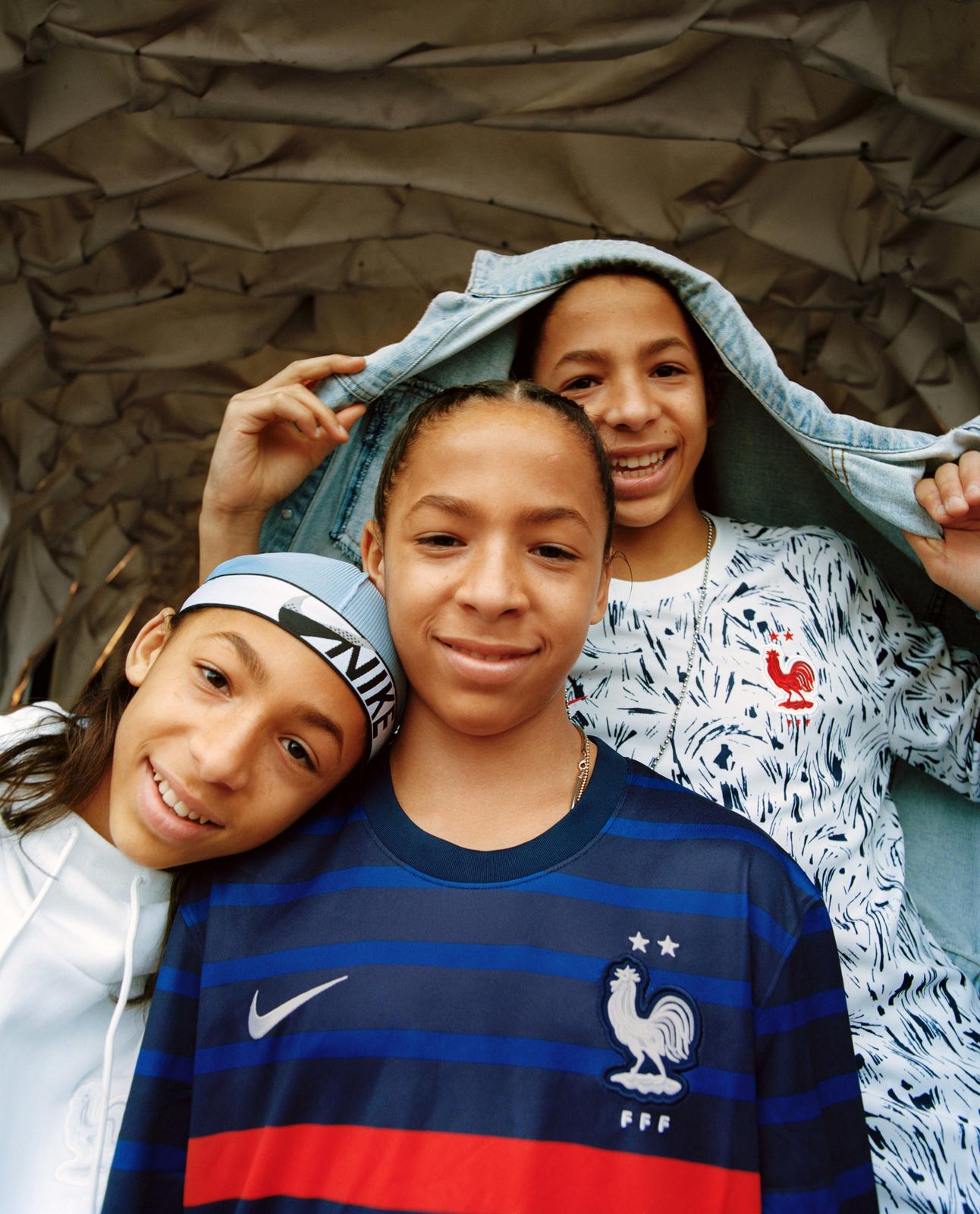 Kylian Mbappé was joined by young actors, the triplets from “Les Misérables,” the award-winning movie that challenges the way France views its youth. 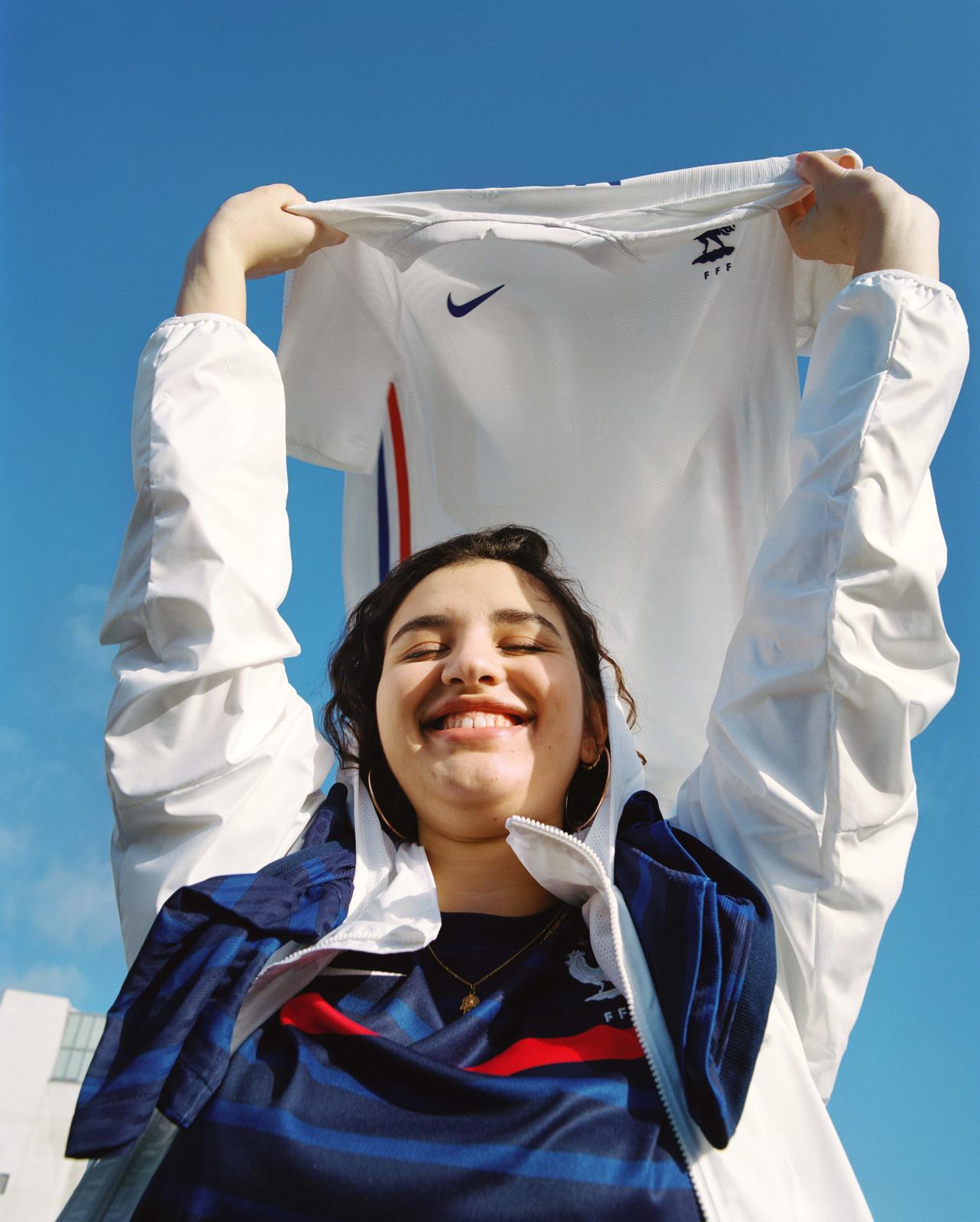 Also present was Lyna Malandro, the co-director of Footeuses — a documentary about women’s football in France — and founder of Vraies Meufs, an online movement empowering girls.

“The influence of 1998 remains really strong in French football, so it was great to link that to the brilliance of the current team in an exciting home identity,” says Scott Munson, VP, Nike Football Apparel. “With the away, the ‘flight white’ look really resonated with the players, and while numerous countries share the red, white and blue palette, only France will don white on white in Nike’s 2020 federation kits.”

The France home and away kits are available at nike.com September 1; the full collection is available in all Nike and partner retail stores September 4.