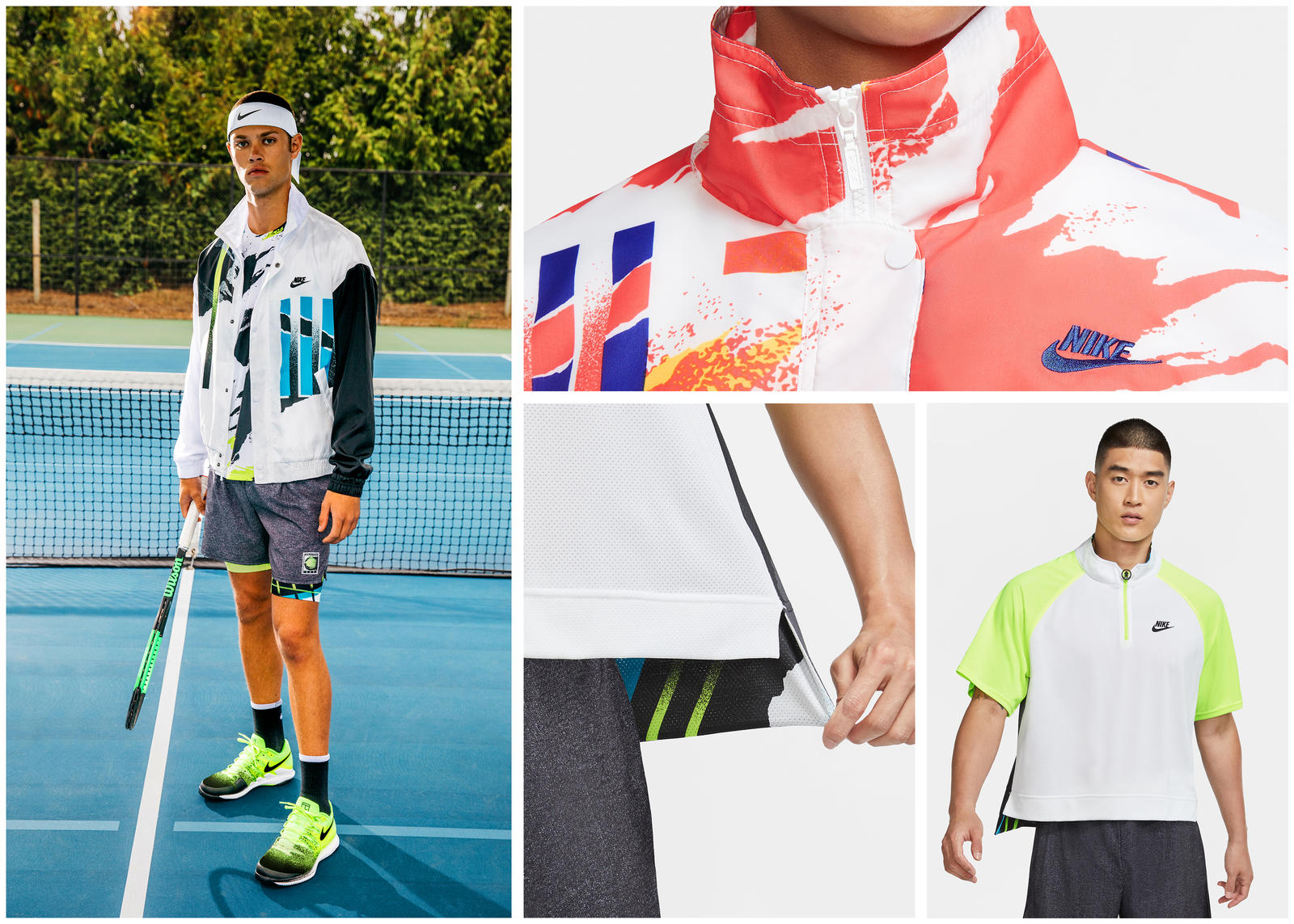 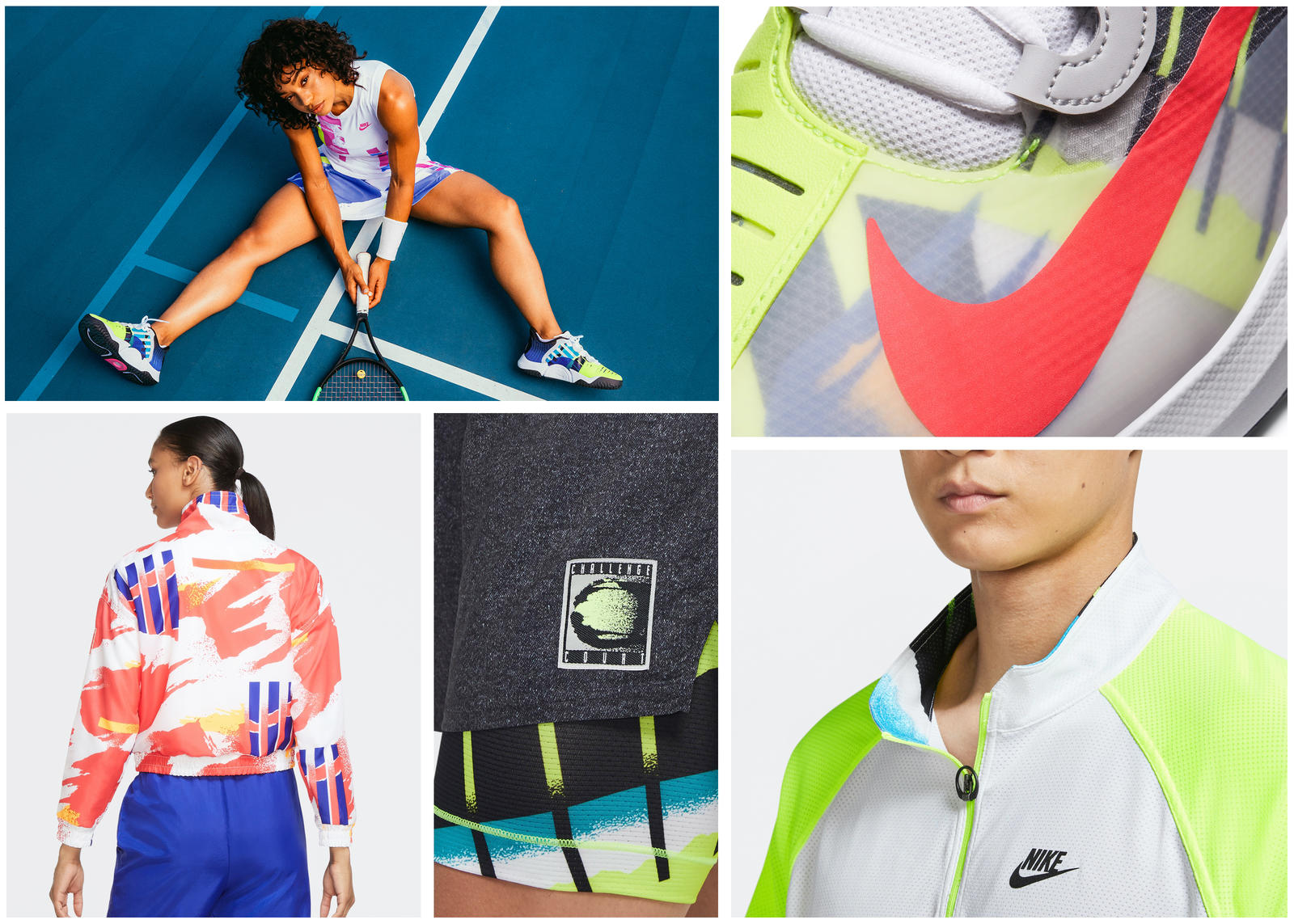 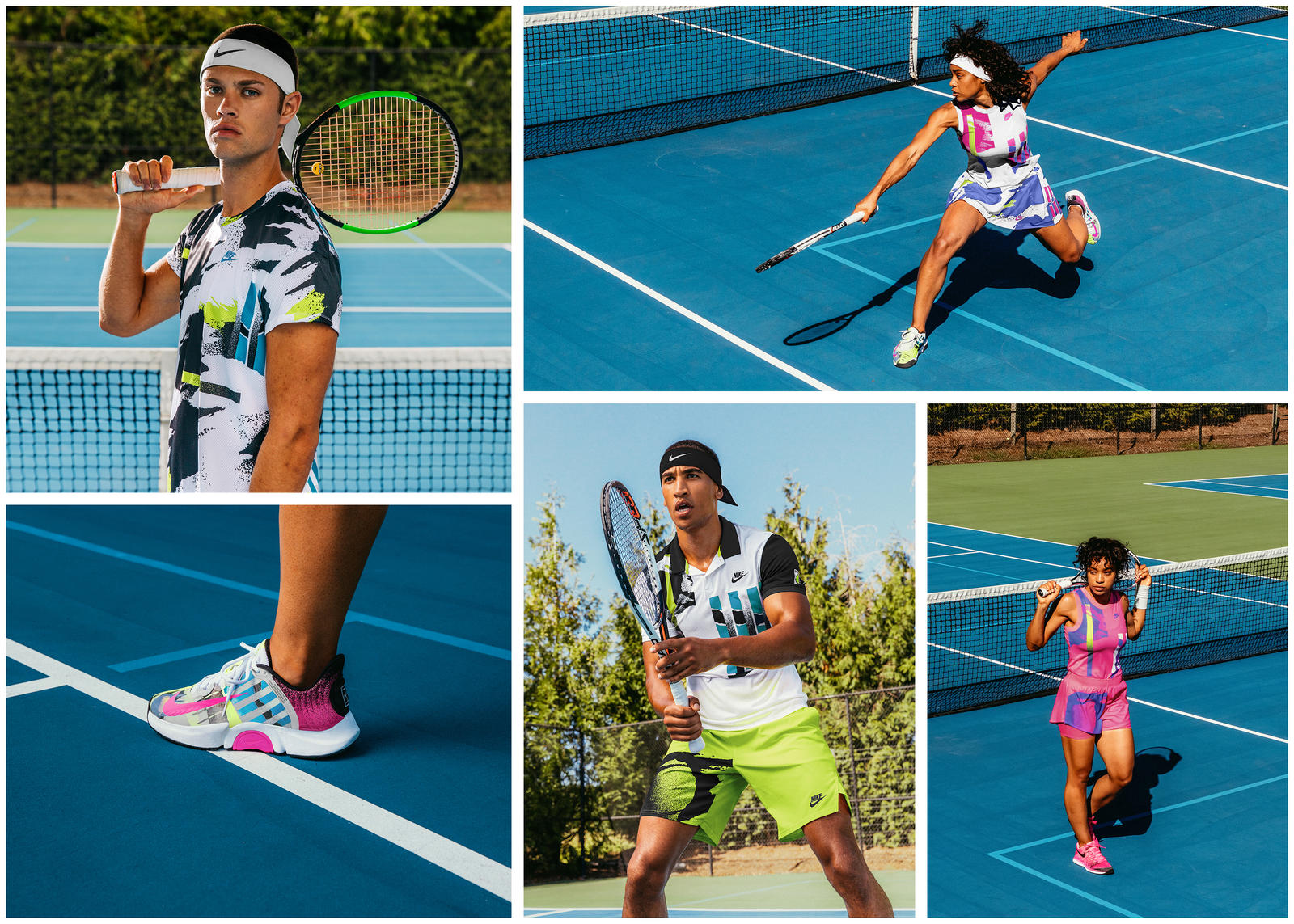 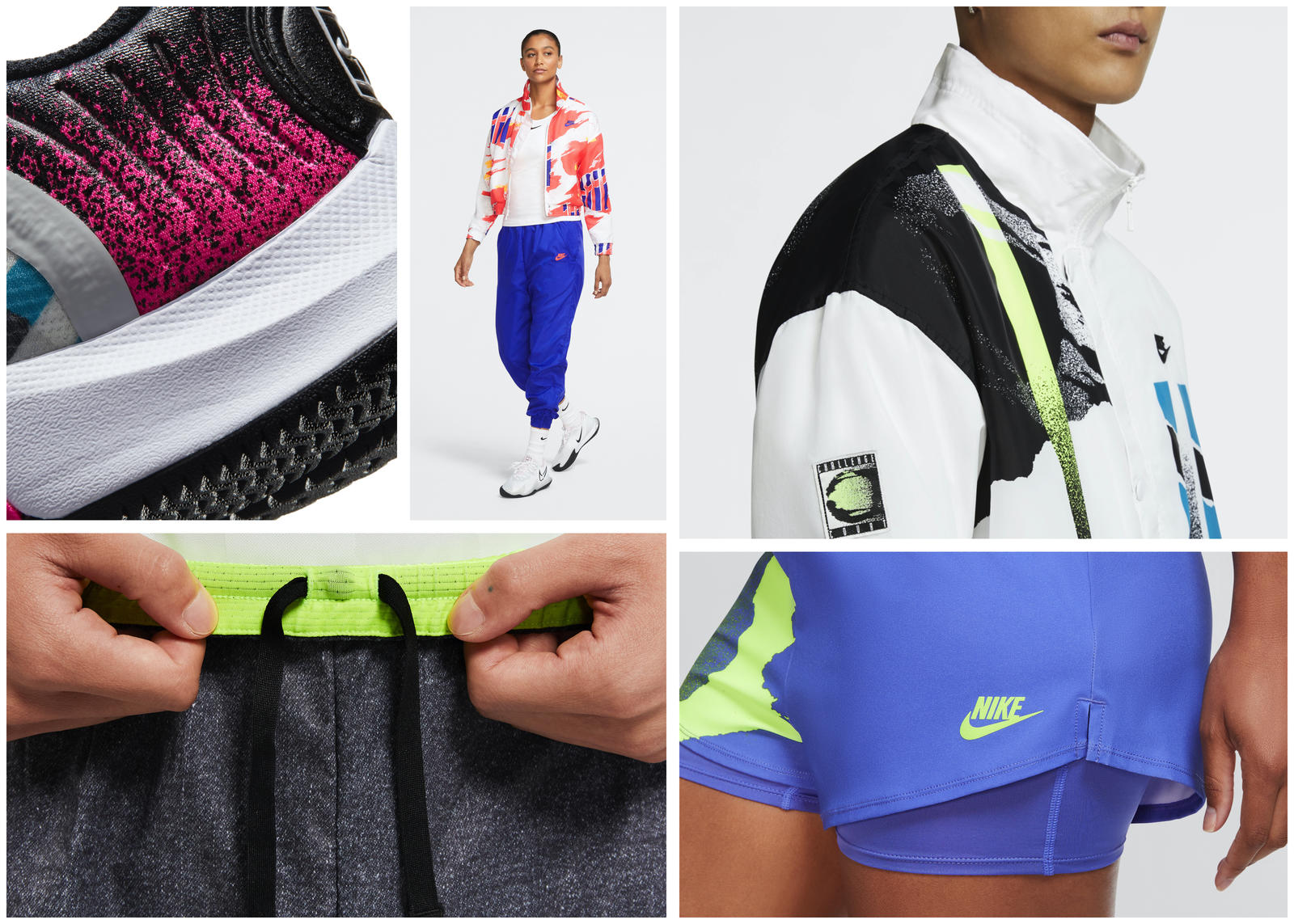 If Nike’s take on tennis in the 1980s offered subtle jabs at country club convention, the brand’s early-’90s approach delivered a knockout punch.

Arriving on the emergent Andre Agassi at the tail end of 1990, the Nike Challenge Court apparel collection defined a whole new energy for tennis in the early part of the decade. On the courts of Flushing, Queens, Agassi reached the second slam final of his career. His look, style and attitude — a mix of denim, neon and surf/skate-like geometric graphics — pulled tennis into the now.

The Challenge Court logo itself was inspired by an accidental ink blot. It was like the grunge response to ’80s pop art, and it naturally fit an era of dynamic change for the sport. Agassi wasn't just rising in the tennis ranks, he was a pop culture juggernaut. The Challenge Court look propelled advertisements extolling the virtues of playing loud, and even a "Rock & Roll Tennis Camp."

To properly celebrate the collection and revive it for the first time required a deep dive into the Nike Department of Archives. Of particular necessity was retaining the handmade feel of the Challenge Court logo and overall graphics, the ink blots, smudges and more, in complete glory. Reconstructing the graphics allowed for the new apparel to honor the past in a fully modern way.

Reprising the core Challenge Court hallmarks (jorts, crop tops, neon, spandex and that logo), the 2020 collection combines the unmistakable flare with a contemporary material palette. "We created each piece to make sure we didn’t sacrifice the aesthetic and nostalgia, but also didn’t compromise performance," says Swancutt.

Along with on-court basics like shorts and crop tops, highlights include logo-driven accessories, polos and fresh colorways of NikeCourt’s current suite of footwear.