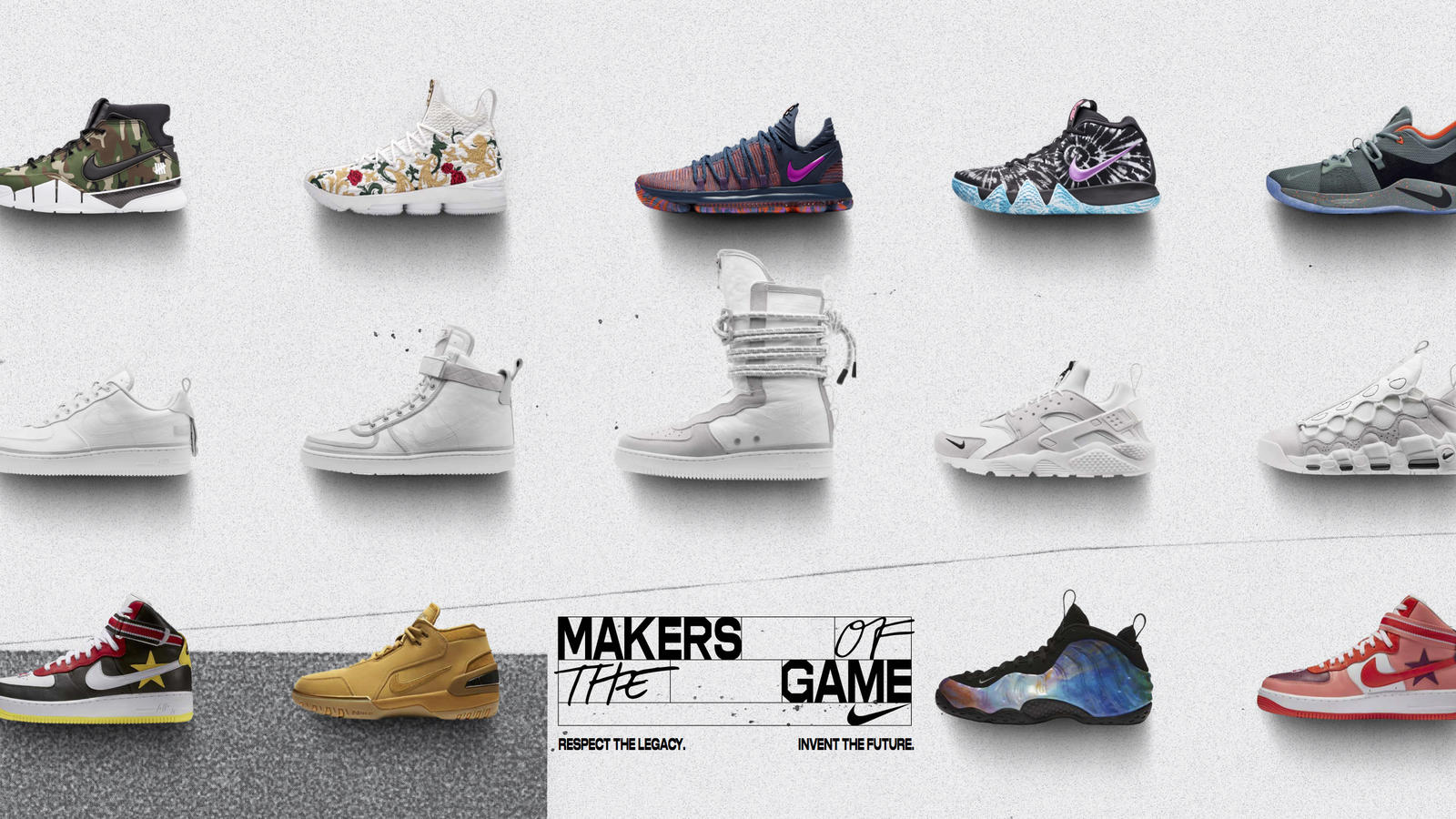 To celebrate the 2018 NBA All-Star Game, Nike partnered with athletes and collaborators to launch special apparel and footwear makeups that serve basketball’s unique attitude on and off the court. Here's a first look at what's dropping beginning February 15.

KOBE PROTRO X UNDEFEATED
Back in ’06, Kobe Bryant dropped 81 points against Toronto wearing his first signature Nike shoe. The Kobe I Protro revisits that design with the latest performance innovations. For this release, Nike has partnered with Undefeated to reimagine the Protro for the city of LA.

LEBRON X KITH
Chapter two of LeBron James and KITH's Long Live the King collection is made up of footwear and apparel designed for royalty.

90/10 PACK
Nike considers footwear a canvas for self-expression, so each design of the latest take on Nike icons (including the Special Field Air Force 1 Hi, Air More Money, Vandal Hi Supreme, Air Force 1 Low and Huarache) in this collection is 90-percent completed. The final 10 percent is left to the wearer's imagination thanks to a white-based canvas upper that allows for customization in a multitude of ways.

AIR FOAMPOSITE ONE XX QS
The Air Foamposite One first dropped in the 90s, but its futuristic look (delivered by pouring a synthetic liquid into a mold) still astounds today. This cosmic colorway of the basketball classic was first seen in 2011 as a sample of the Galaxy iteration but has not been produced until now.

In celebration of the NBA All-Star Game’s return to Los Angeles, Nike is unveiling three signature player edition (PE) shoes inspired by communities in and around the City of Angels. A heat-activated Swoosh that changes colors to reveal iconic Southern California landmarks completes each shoe.

KYRIE 4 ASW
Taking inspiration from Venice, this shoe features a tie-dye graphic print that captures the culture of the city. The light blue outsole represents the ocean and pink sockliners show a custom graphic of the city and the well-known Venice sign at the corner of Pacific and Windward avenues.

KDX ASW
This Santa Monica-inspired version has a multi-color knitted upper that highlights the array of colors seen during a quintessential sunset on the Santa Monica Pier. The insole contains a custom Santa Monica graphic and a marble-pattern outsole grounds the design.

PG2 ASW
Looking to Paul George’s hometown of Palmdale for design direction, these colors represent the various aspects of the Inland Empire. The gray represents the desert and dust of Palmdale, while the orange is meant to highlight the sunset on the horizon. The pop of green is a nod to the nature around this area. Lastly, the sockliner features a custom graphic of Palmdale, and a grit out and midsole highlight the city’s terrain.

All PEs will be available on nike.com and at select retailers beginning February 15. Check out nike.com/la and SNKRS for more detailed release information.