The making of NJR x JORDAN

Michael Jordan and Neymar Jr. share a mutual respect that transcends sports, countries, and languages. Neymar Jr. grew up a fan of the man and the brand, while Jordan appreciates Neymar Jr.’s style on and off the pitch. Now, as part of a unique Nike/Jordan collaboration, Neymar Jr. becomes the first football (soccer) athlete to feature the Jumpman on his performance product. Additionally, the Jordan Brand will release a Neymar edition of the Jordan V Low with “Neymar” stitched inside the tongue. 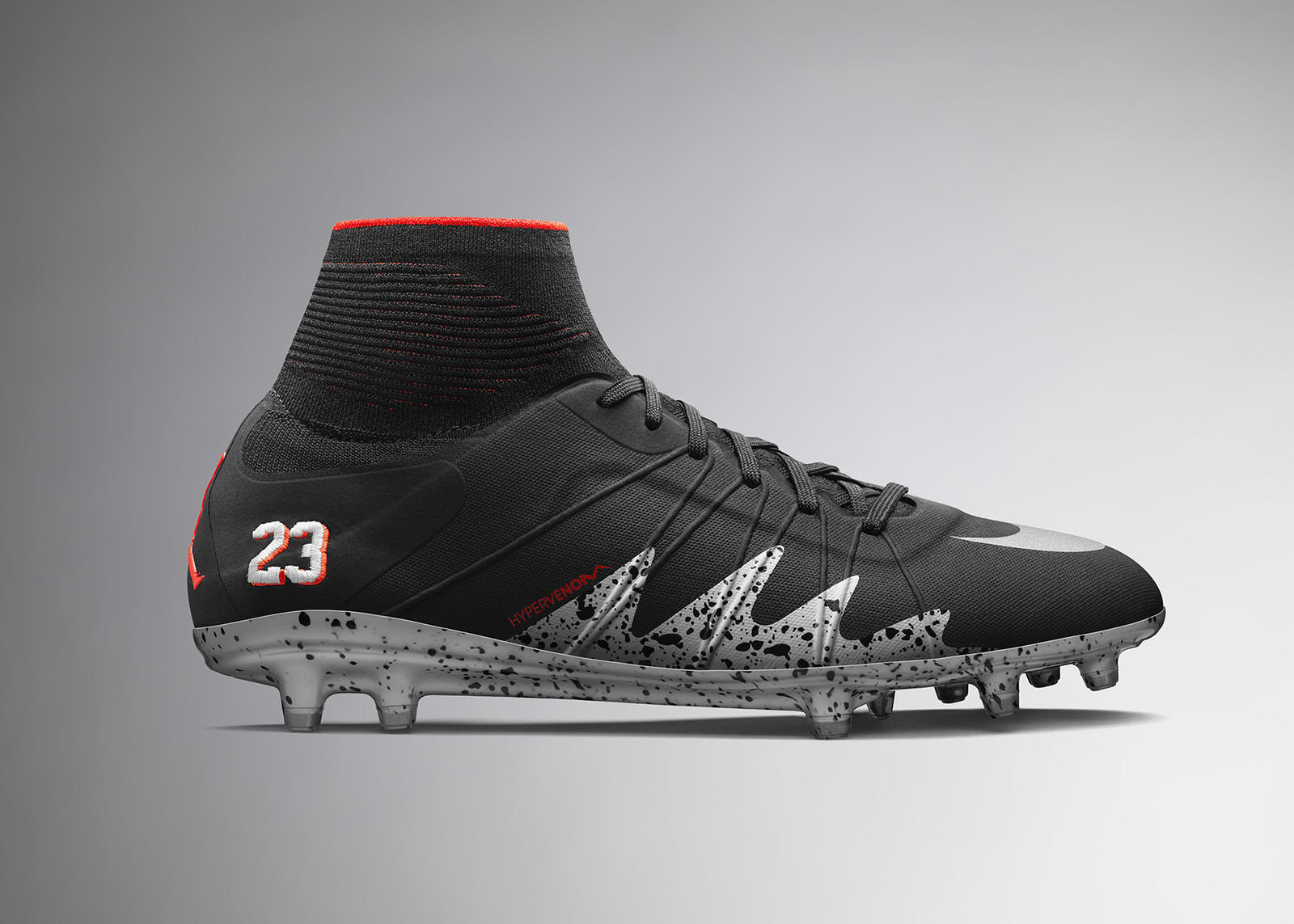 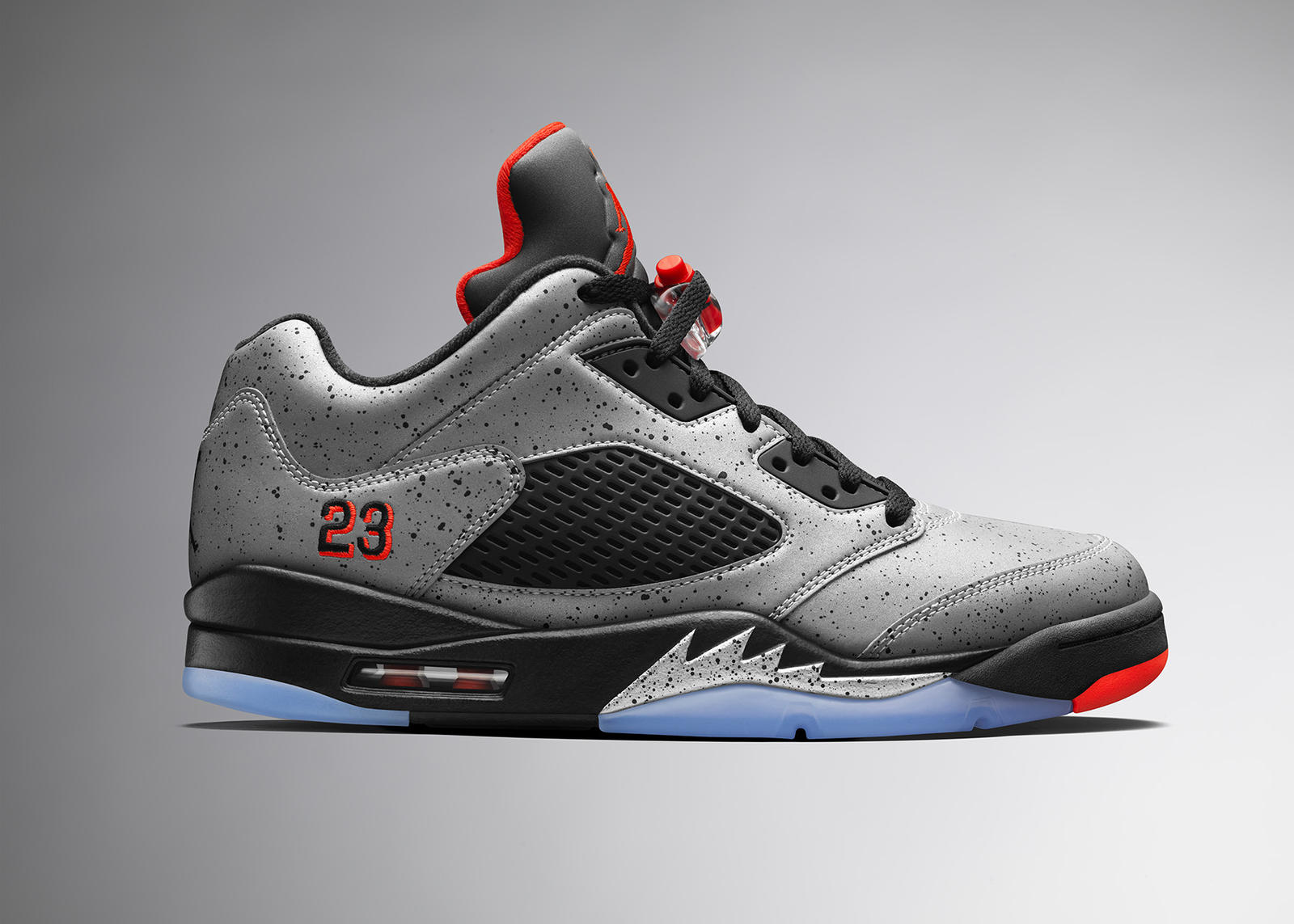 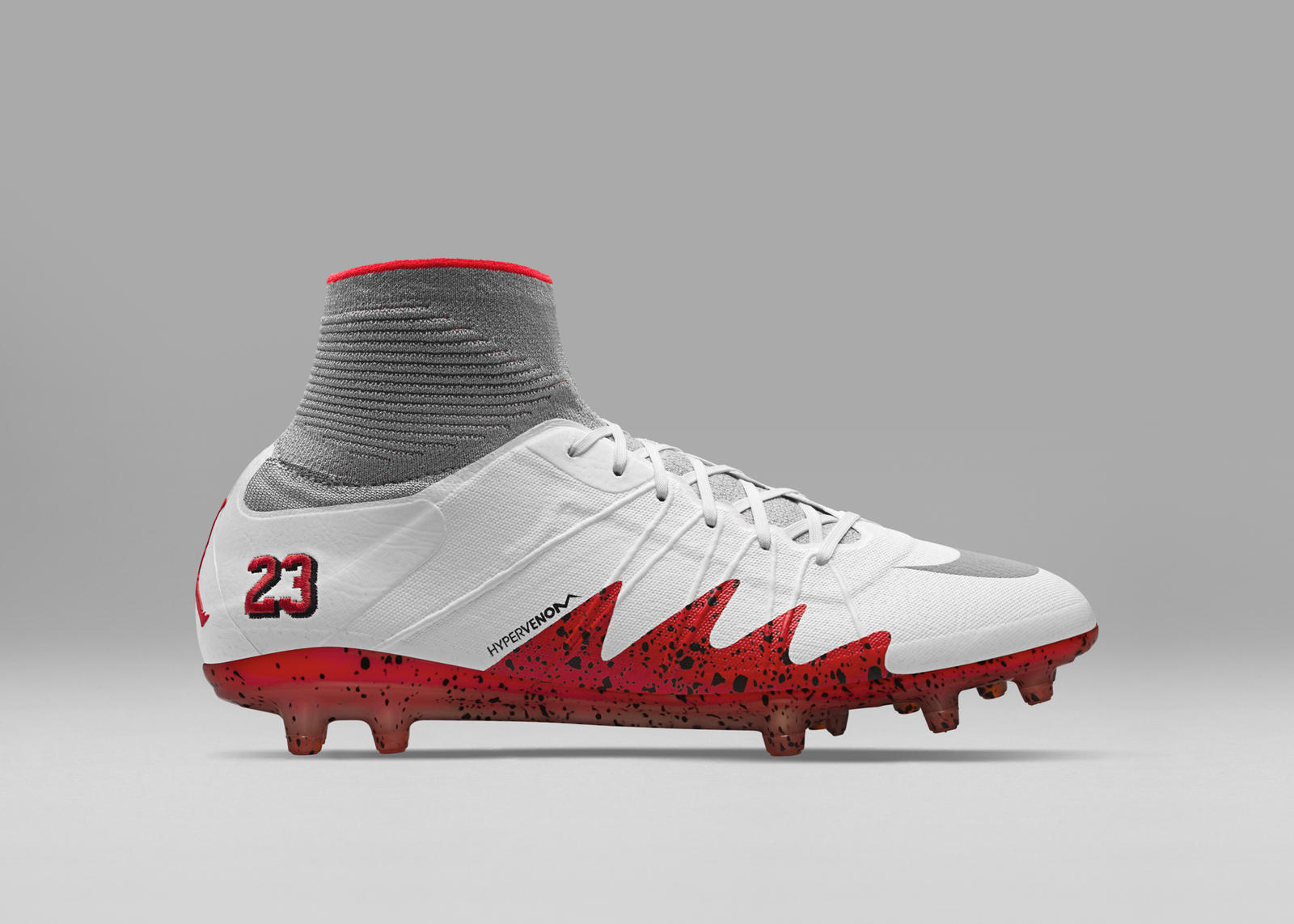 The NJR x JORDAN Hypervenom football boot takes inspiration from the Jordan V, Neymar Jr.’s favorite.  “The Jordan V is very iconic and has the fighter jet shark teeth on the front,” explains Nathan VanHook, Nike Football Sr. Design Director, “and the Hypervenom II that Neymar Jr. wears has an almost modernized version of that feature, so we took those elements and put them together.” 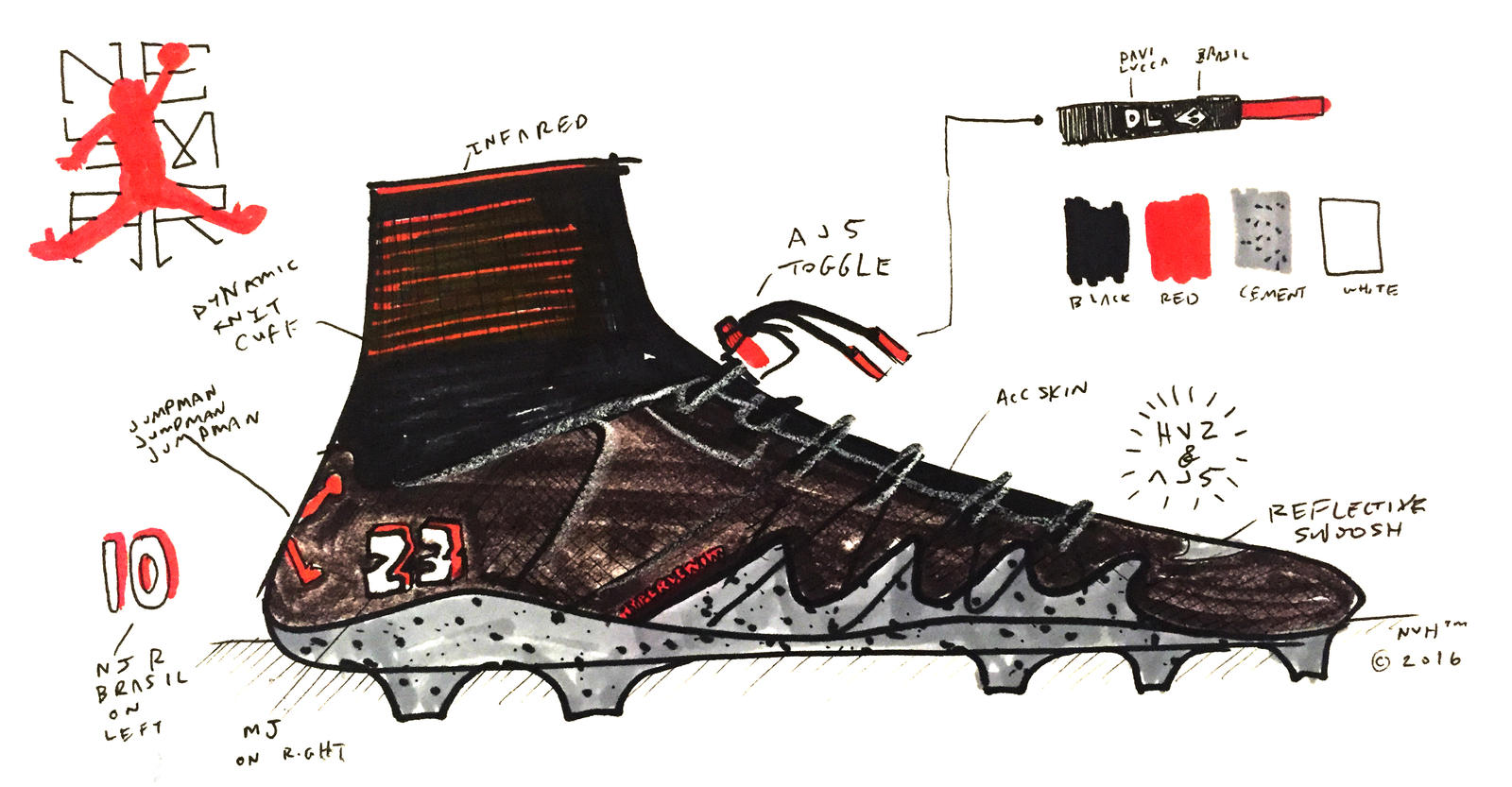 The Jordan V’s reflective tongue is reinterpreted on the tongue-less Hypervenom in the form of a bold reflective Swoosh. The reflective properties consume the Neymar Jr. edition of the Jordan V Low, on which the entire upper is reflective.

Jordan’s iconic cement print is recreated on the soleplate of the Hypervenom, along with the Jumpan logo underfoot. The initials of Neymar Jr.’s son (“DL”) appear on the laces, as does the icon of the Brasil flag.

Neymar Jr.’s Brasil number, 10, appears on the lateral side of the left black boot and his Barcelona number, 11, appears on the left white boot. Per Neymar Jr.’s request, the number 23 is on the right boot of both colorways in homage to Jordan. The sockliner and packaging feature a lock-up of Jordan and Neymar’s logos, while the boot heel features the Jumpman exclusively. 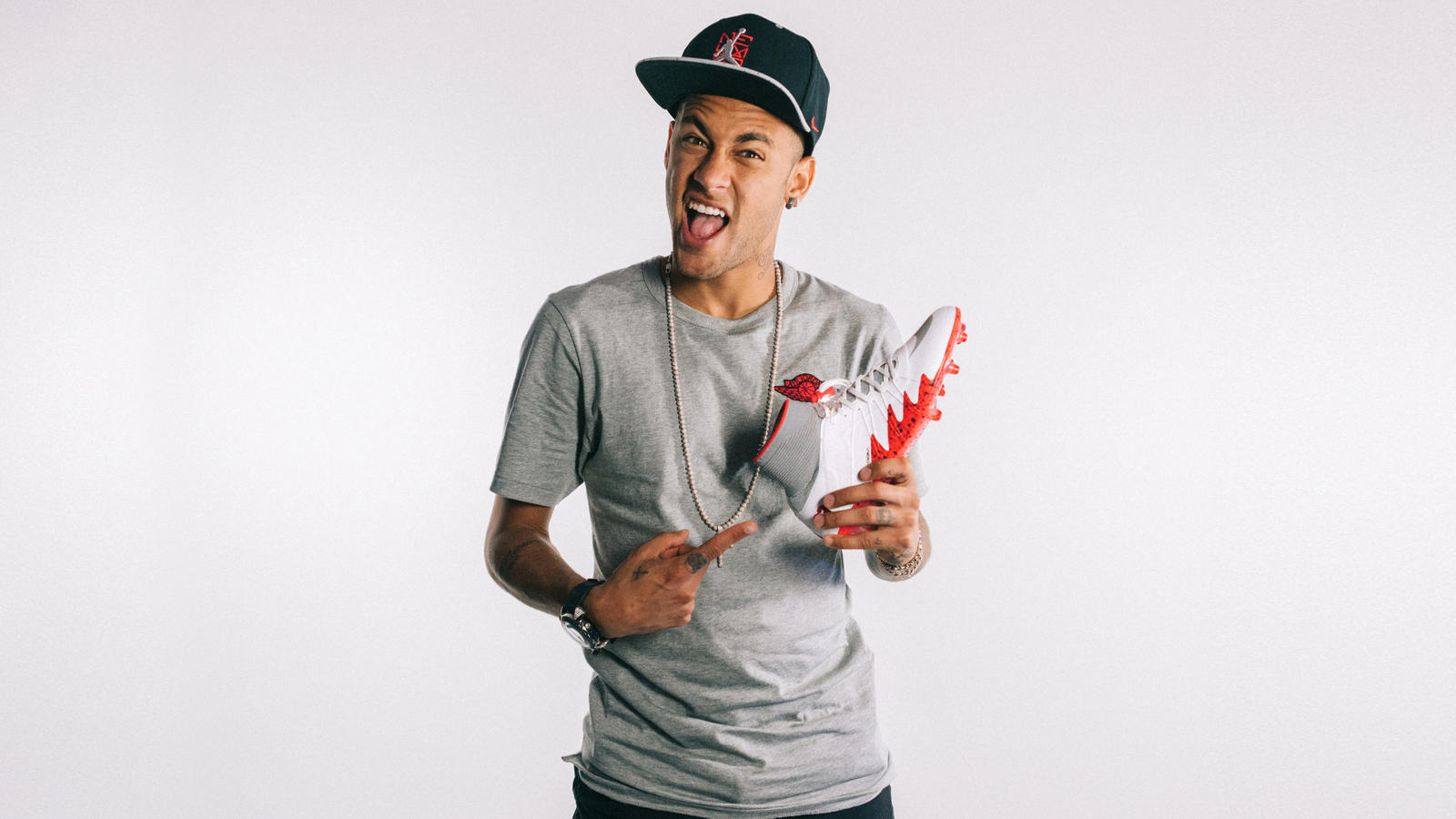 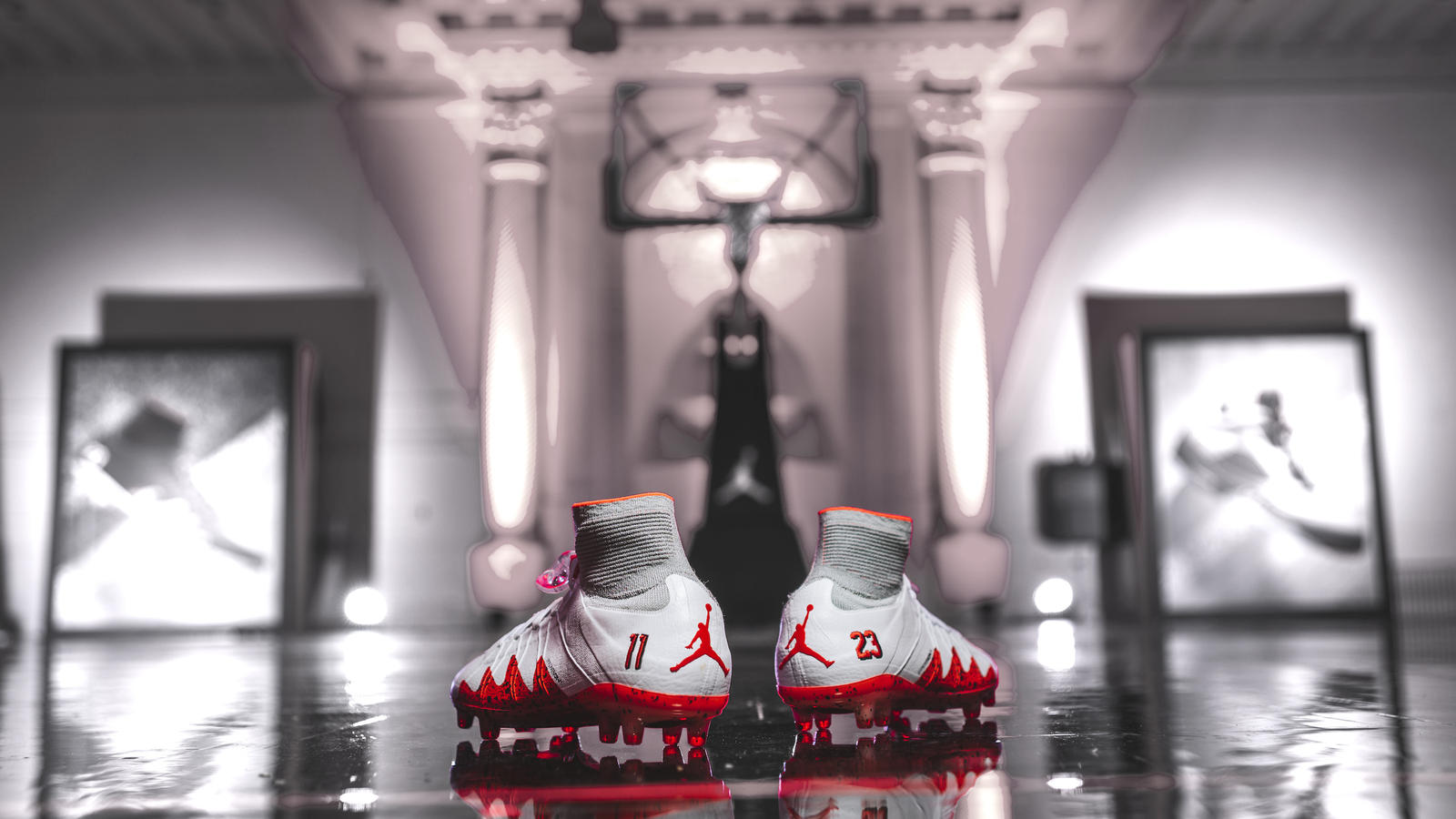 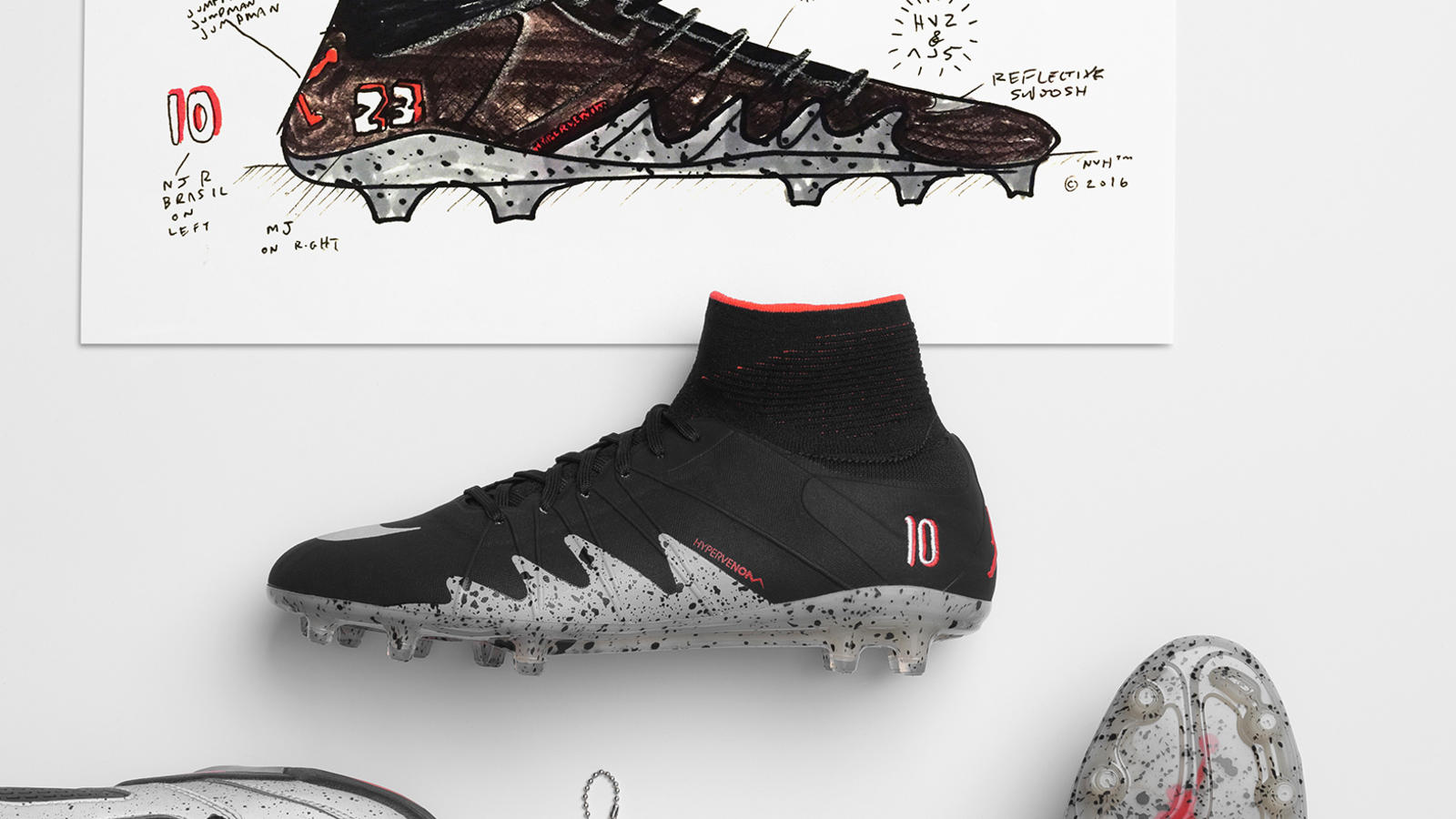 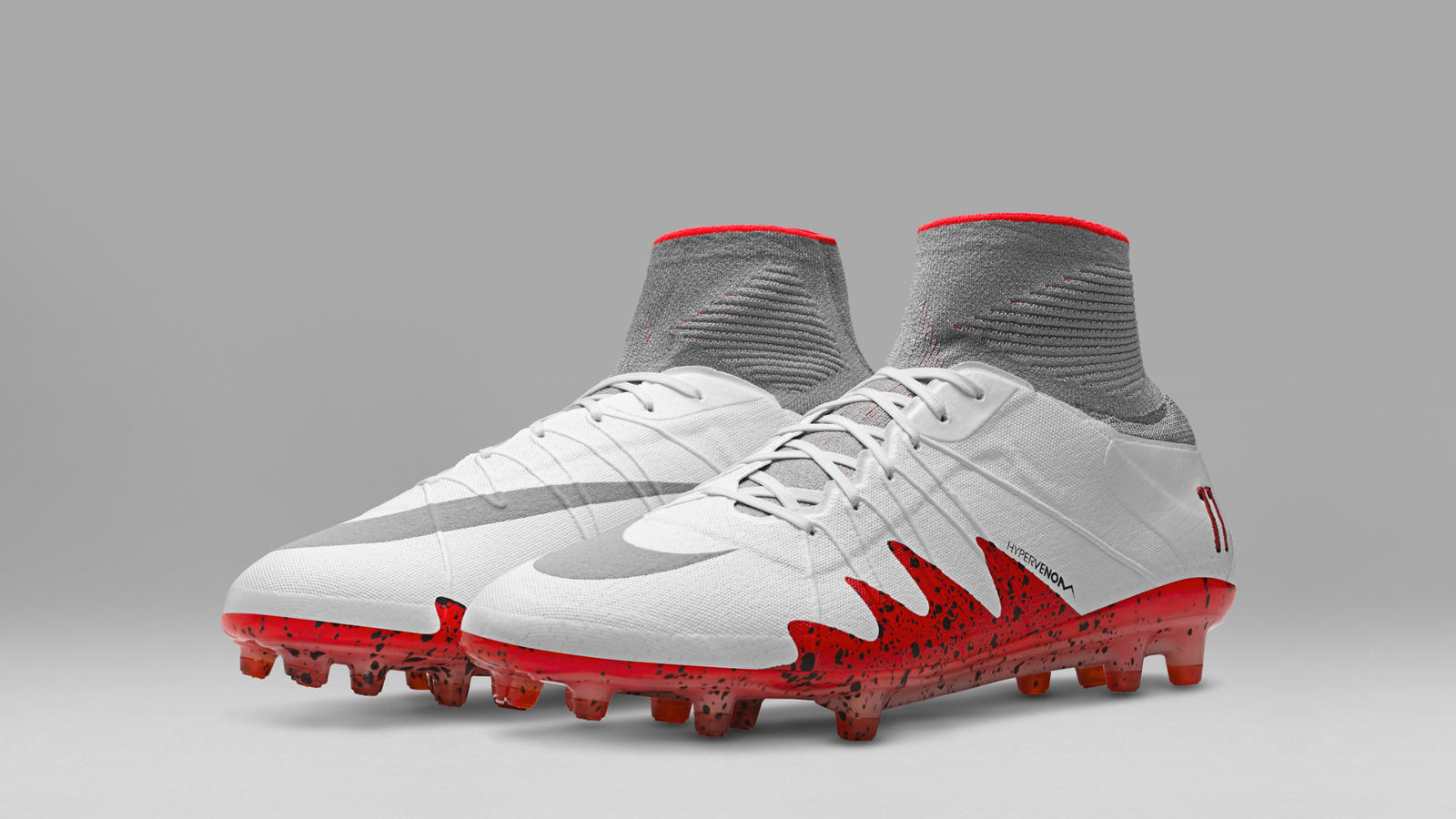 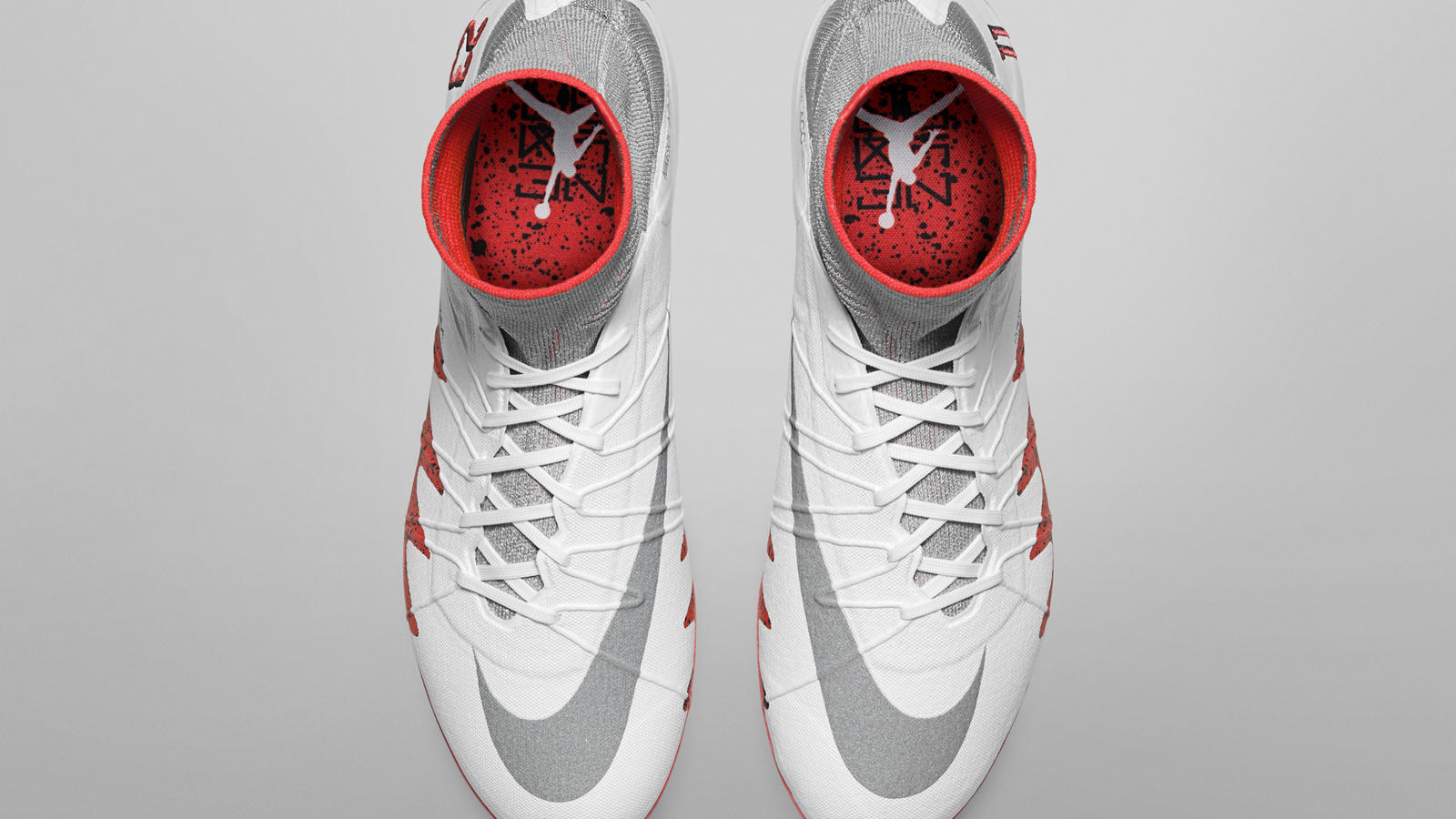 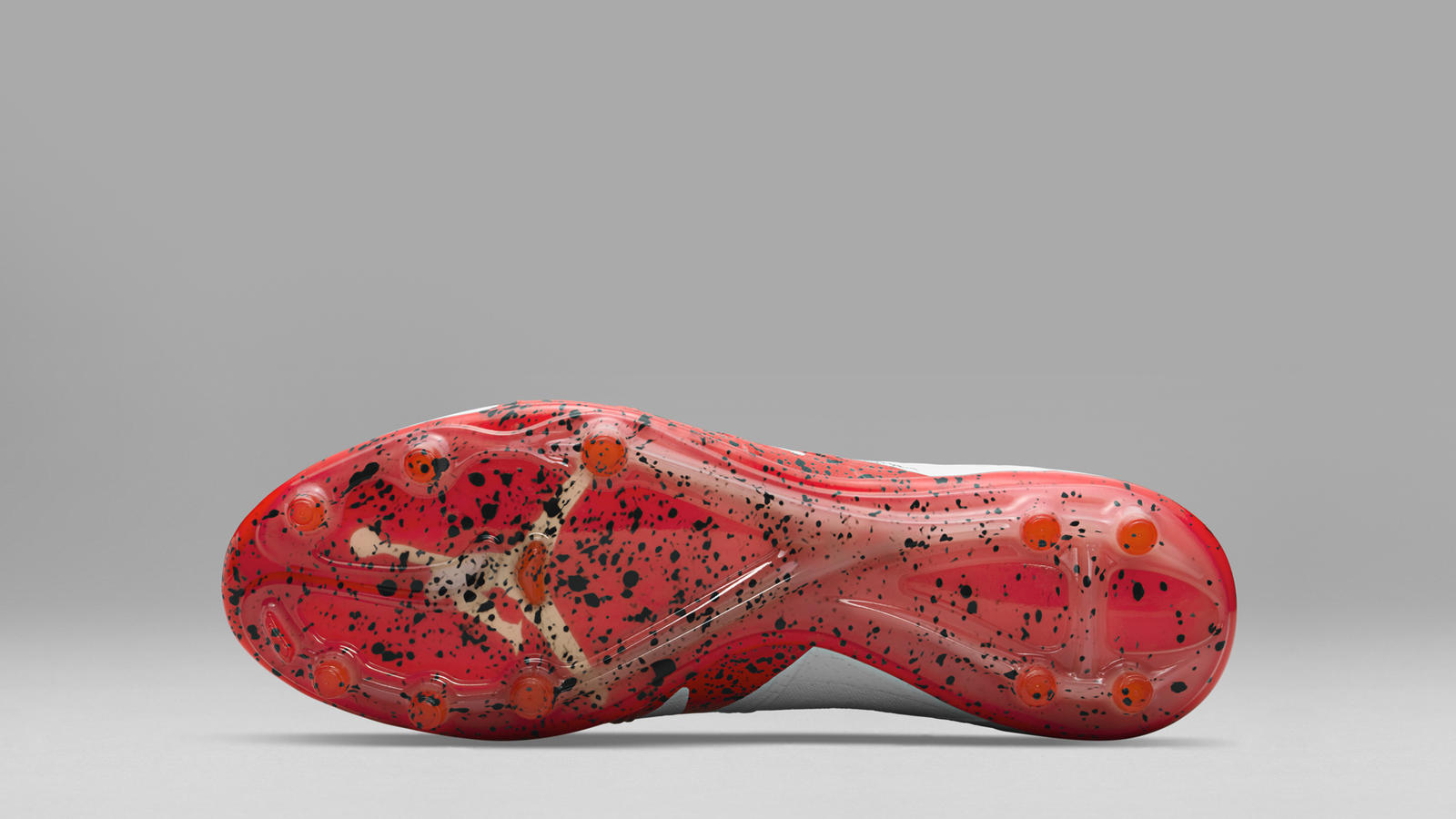 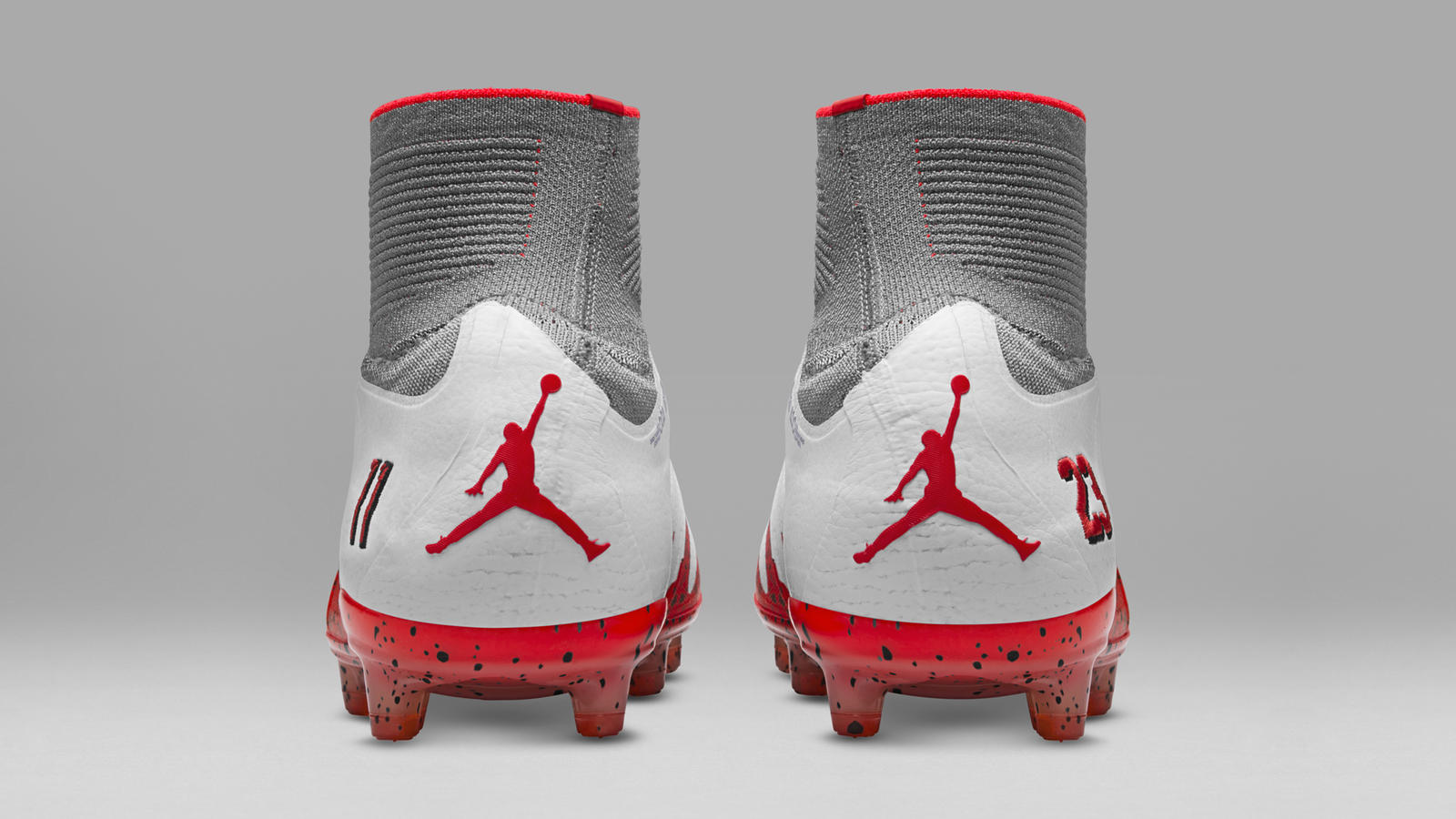 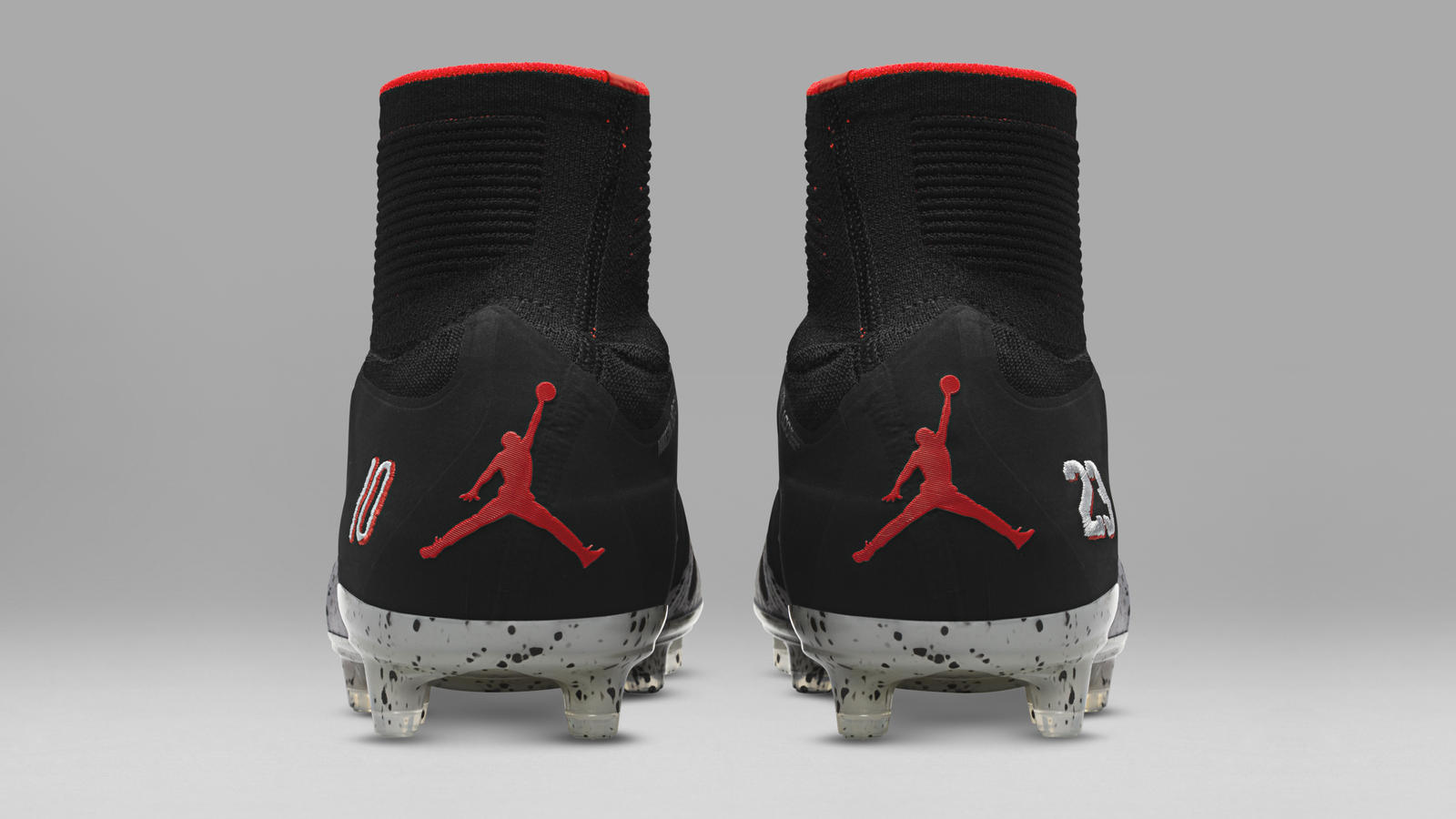 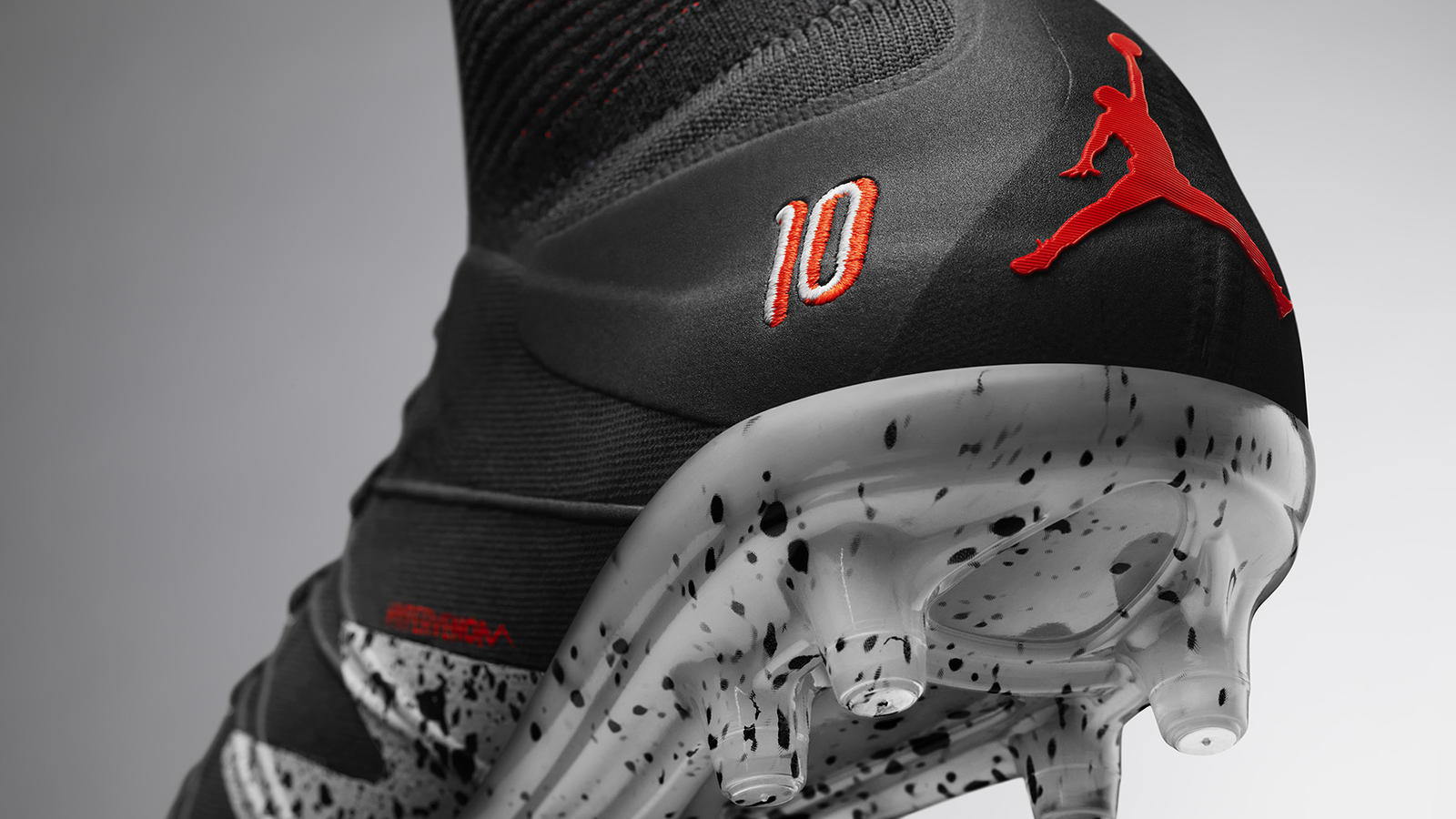 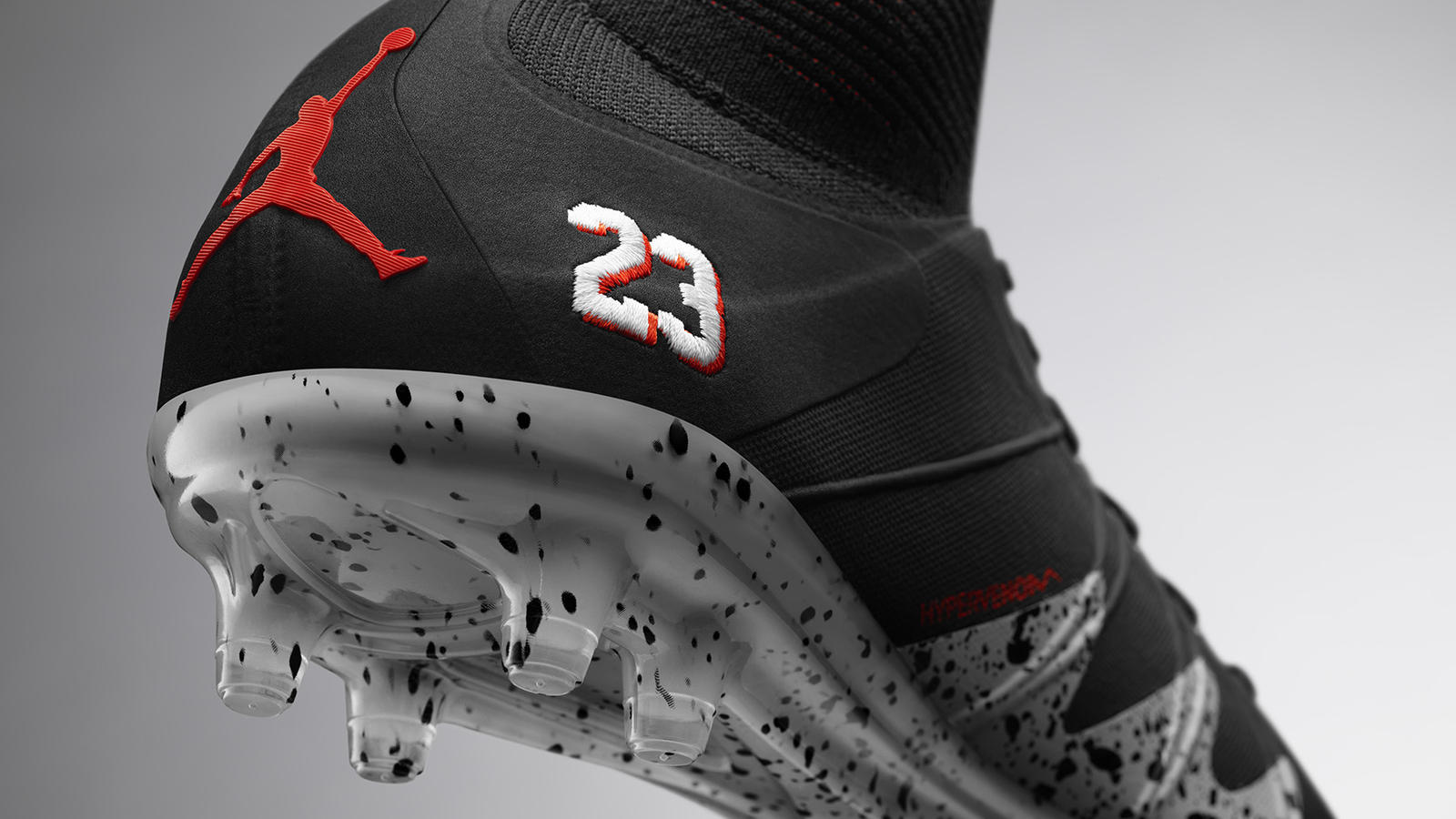 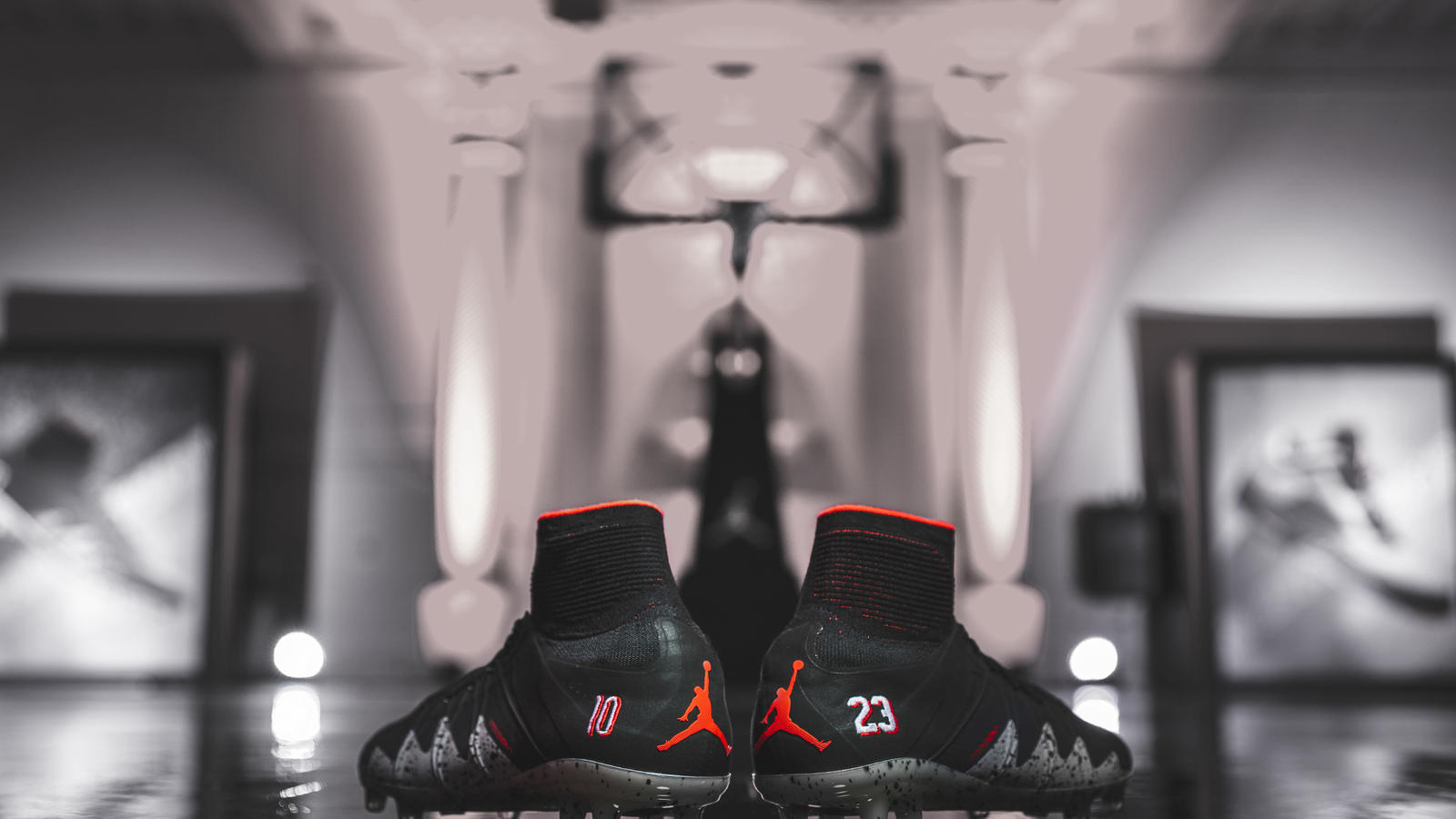 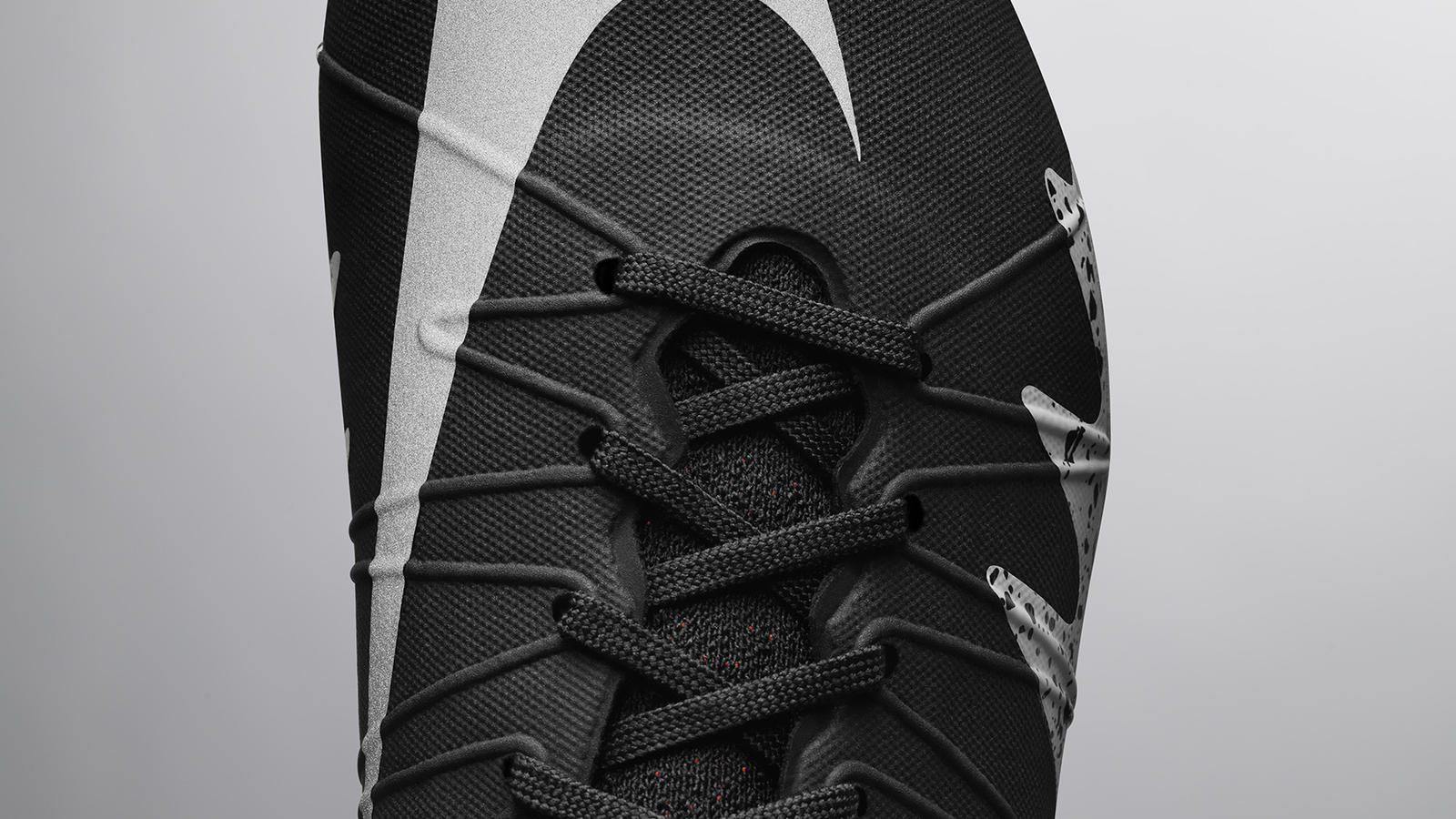 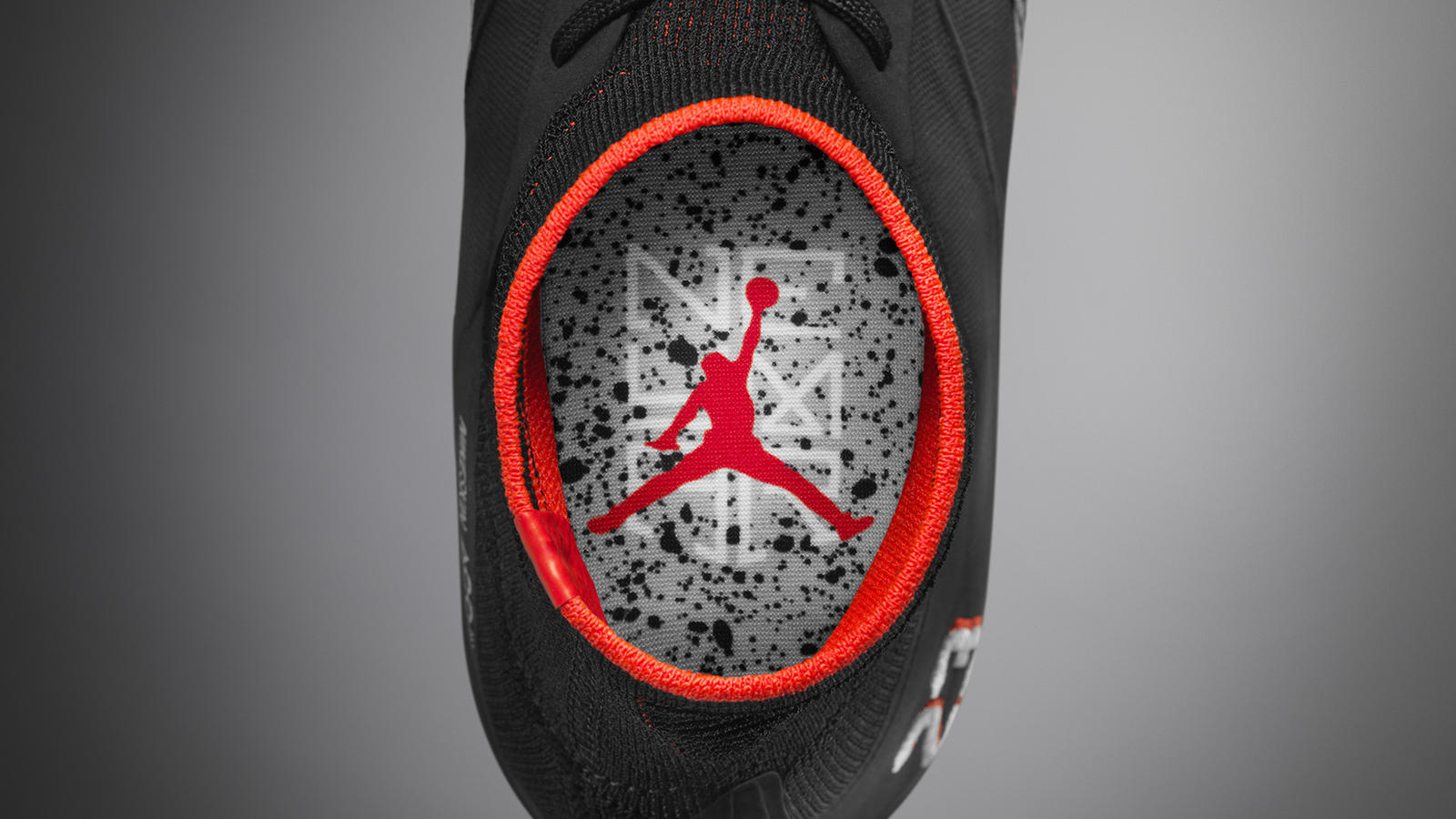 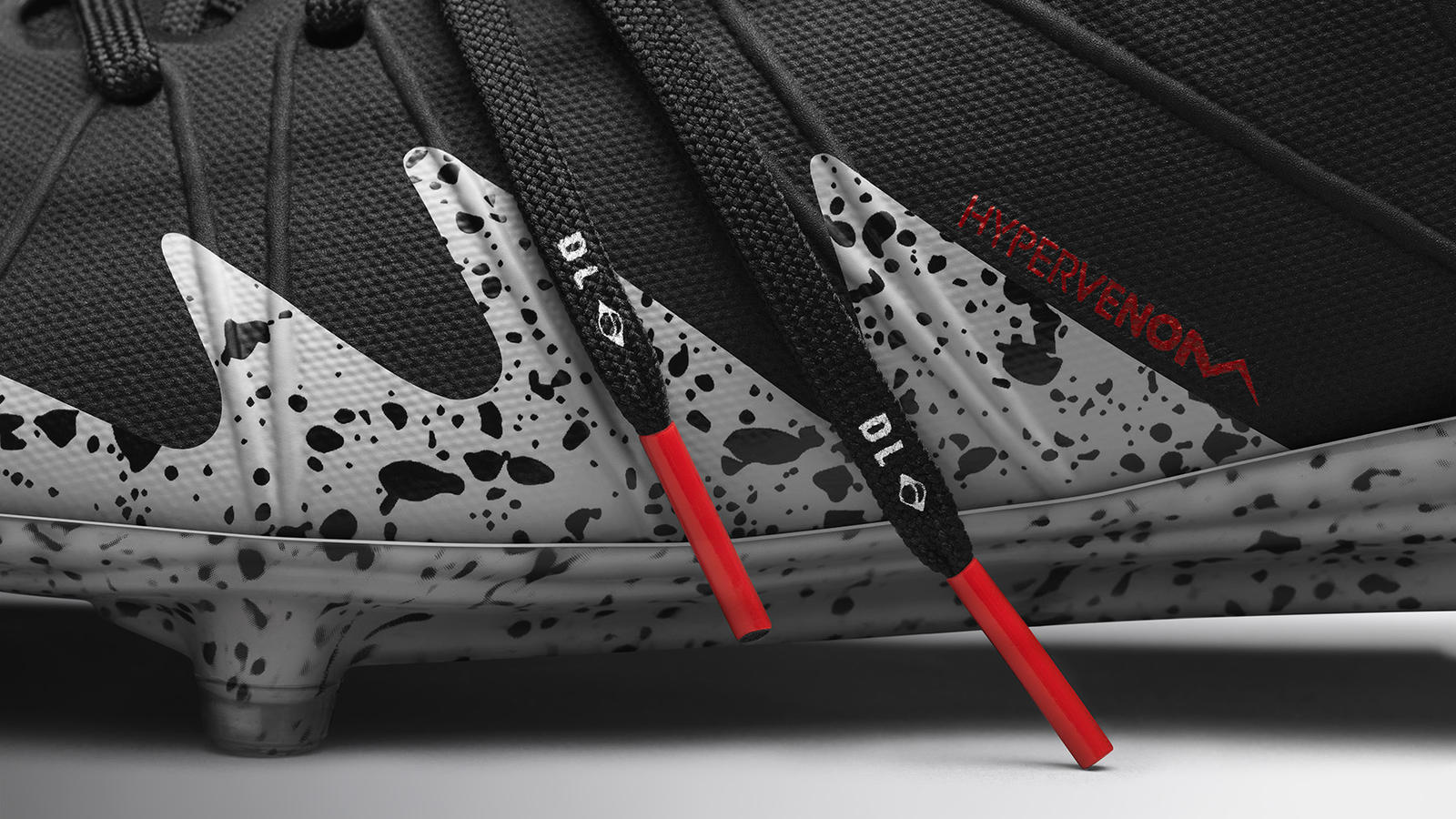 In addition to the Hypervenom and Jordan V, the NJR x JORDAN collection includes apparel and a football training shoe. This marks the first time the Jordan Brand has launched a complete collection for an athlete who is not a member of the Jordan Brand.

“Michael Jordan set the standard for greatness,” says Neymar Jr. “He’s an incredible competitor and a champion. I’ve always admired him, so to collaborate with him and have his icon on my boots means a great deal to me.”

"I'm excited that Neymar and the Jordan Brand are working together," said Michael Jordan. "I'm a fan of his creativity, style and passion for the game of soccer. He's a special player and I look forward to this collaboration."

The NJR x JORDAN Hypervenom will be available on Nike.com.

For hi-resolution footage of Neymar and Michael Jordan in New York, please click this link.